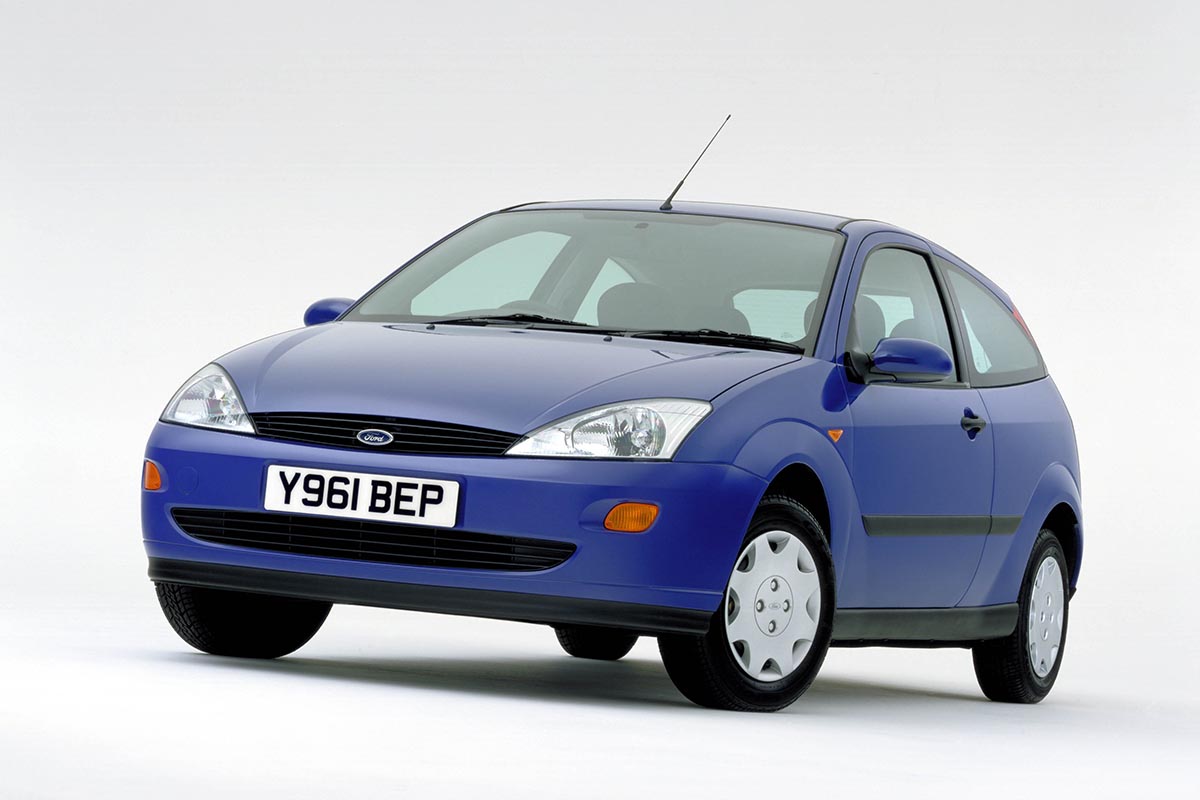 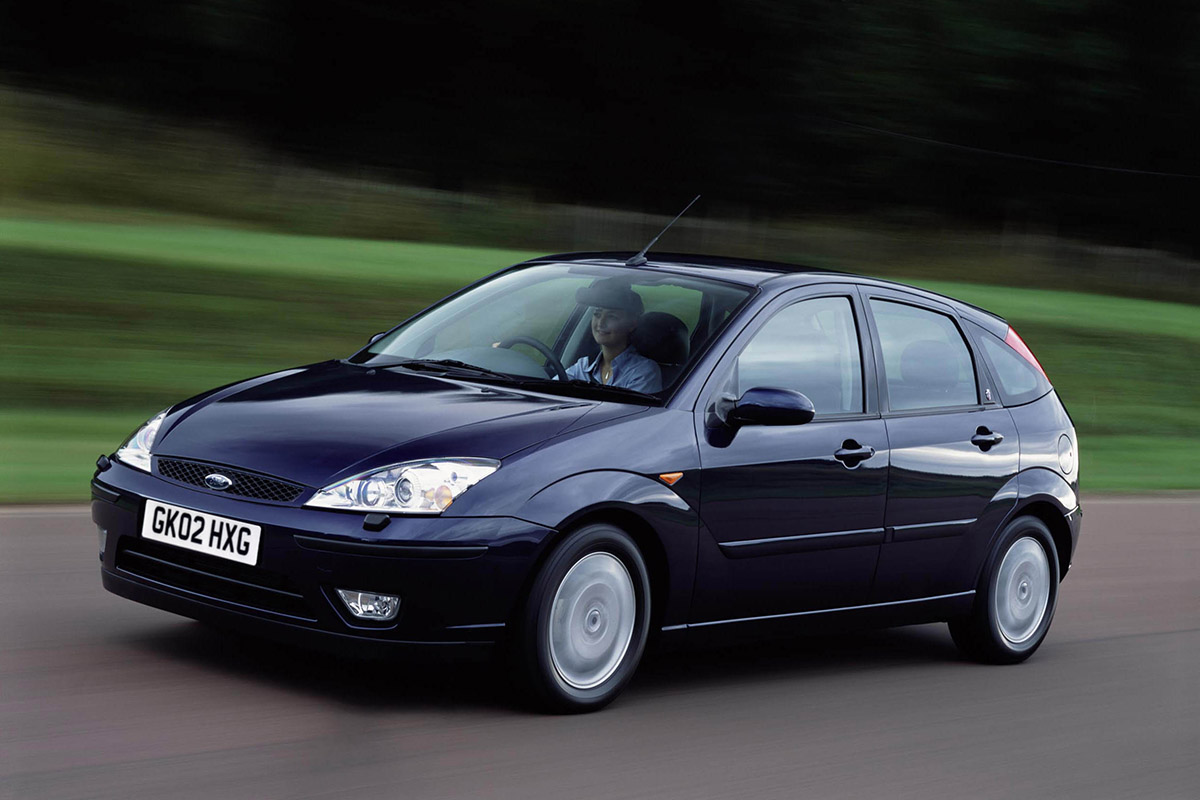 The Ford Focus was a revolutionary model that proved its maker’s family cars could be radical, exciting, and great fun to drive. Today, it’s a cheap runaround for buyers on a budget, for which it’s hard to beat, and it will one day end up a highly regarded classic. 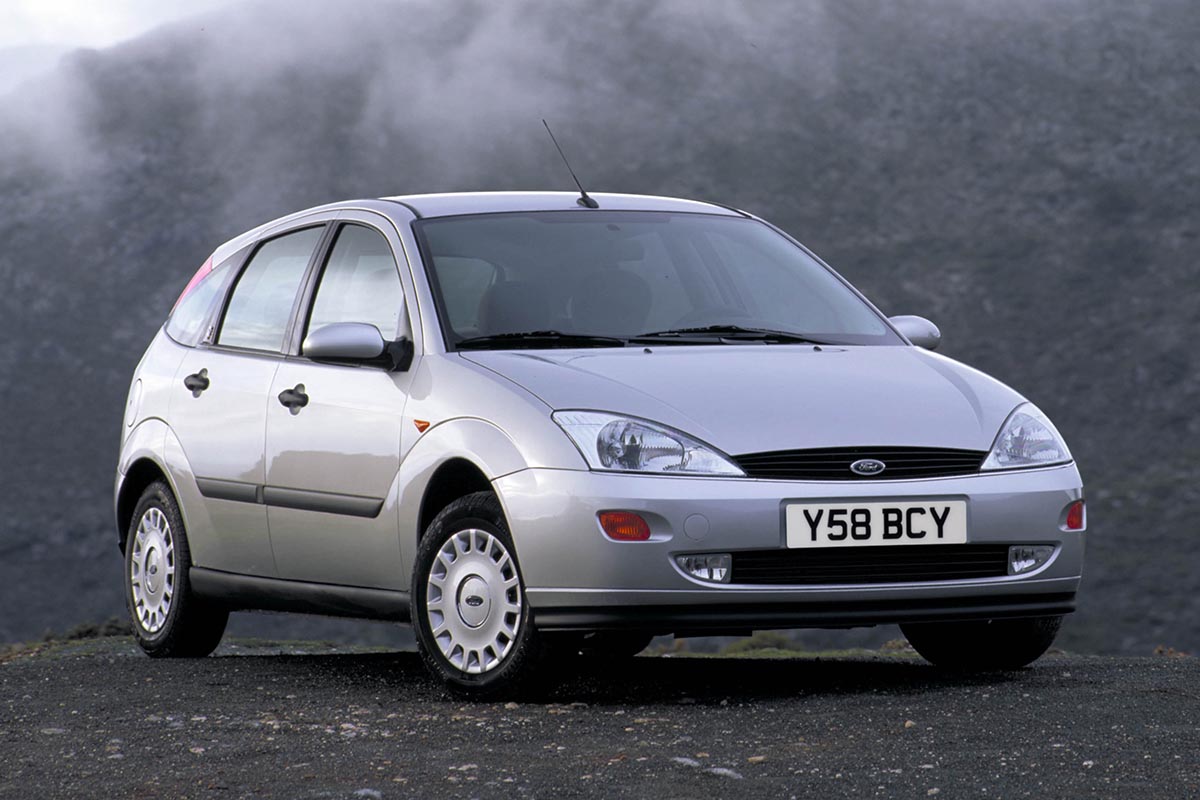 What is the Ford Focus?

Was there ever a car that came quite so out of the blue as the Mk1 Ford Focus? It replaced the final Ford Escort, a car so utterly below-par that Ford felt the need to completely rename its successor.

The Focus was a revelation. A new car from the ground up, and so different to its predecessor that it could have come from a different manufacturer. It was available as a hatchback, a saloon or an estate, just like all its family car rivals, but on the outside, its wild styling – called 'New Edge' by Ford – set it apart from anything else on the road, and it was just as radical inside.

Beneath that styling, the Focus was roomy and versatile, and so it remains today. 60/40 split fold rear seats aid practicality, while the hatchback’s 350-litre boot is almost as big as those of some modern-day family cars. The estate is even more practical, and with its upright tail and squared-off roof, its boot is particularly good at swallowing bulky items.

Passenger space is good, too, with plenty of head- and legroom, and lots of seat adjustment. The dashboard’s swoops and slashes conceal several deep storage spaces, two sizeable cupholders, a large glovebox and some chunky door bins.

Quite simply, brilliant. The Focus takes its lead from the Puma coupe, and shares with its bigger brother, the Mondeo, some of the most communicative, sharp and well-weighted steering ever fitted to a front-wheel-drive family hatchback. The nose does whatever you ask of it, and the clever multi-link rear suspension means the tail of the car reacts every bit as deftly.

The result is that the Focus is great fun to drive quickly or slowly. Its sweet, direct steering and slick gearbox make it a delight to throw around a back road or just noodle around town.

It’s also comfortable. The worst urban bumps can occasionally make their presence felt, but generally, and especially on the motorway, the Focus glosses over imperfections in the road with little fuss.

The entry-level CL model, available from launch, was pretty basic, with central locking, electric front windows, twin airbags and an immobiliser all as standard, but not much else. LX trim added a sunroof, remote central locking and an upgraded radio/cassette player with steering wheel controls.

The Zetec model was sportier. It added stiffer suspension, alloy wheels and front fog lamps, but Ghia was the plushest of all, with air-conditioning, a heated front windscreen and electronic height adjustment for the driver’s seat.

It's worth remembering that ABS and traction control were not standard on anything but the Ghia version with the 2.0-litre engine. That combination also added electric rear windows and a CD autochanger. 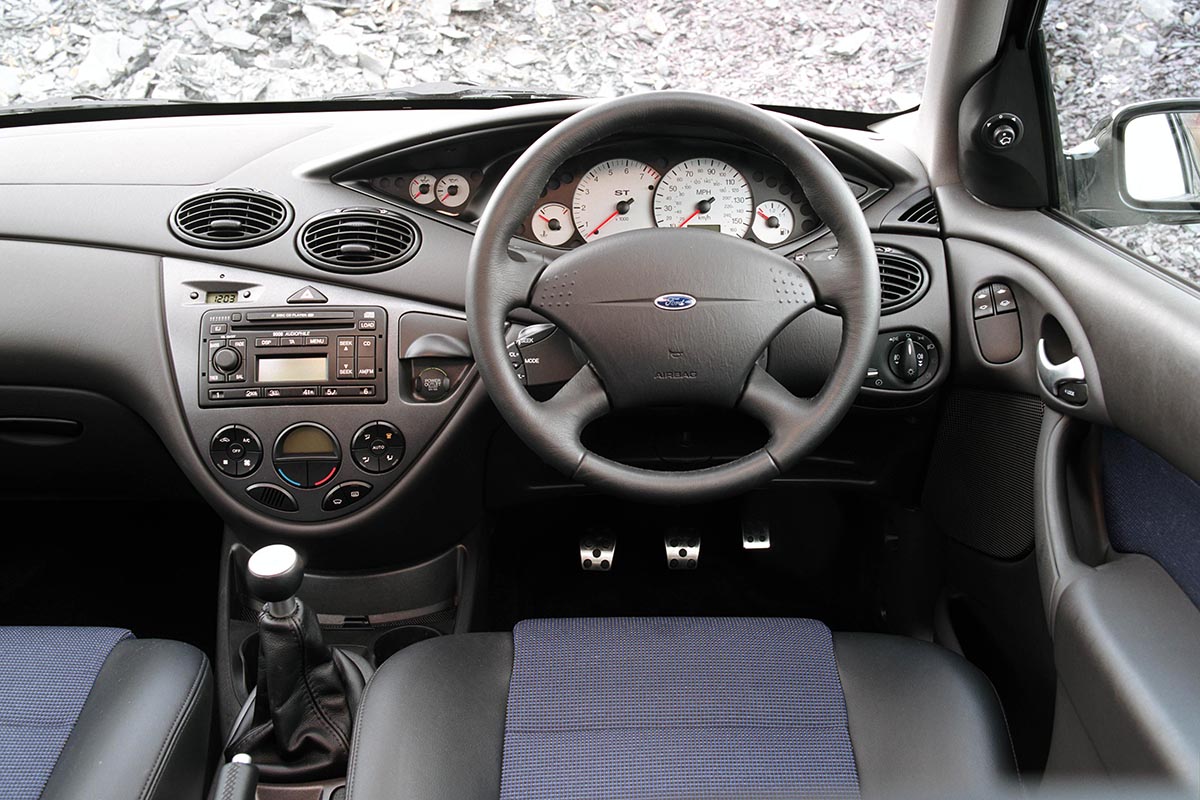 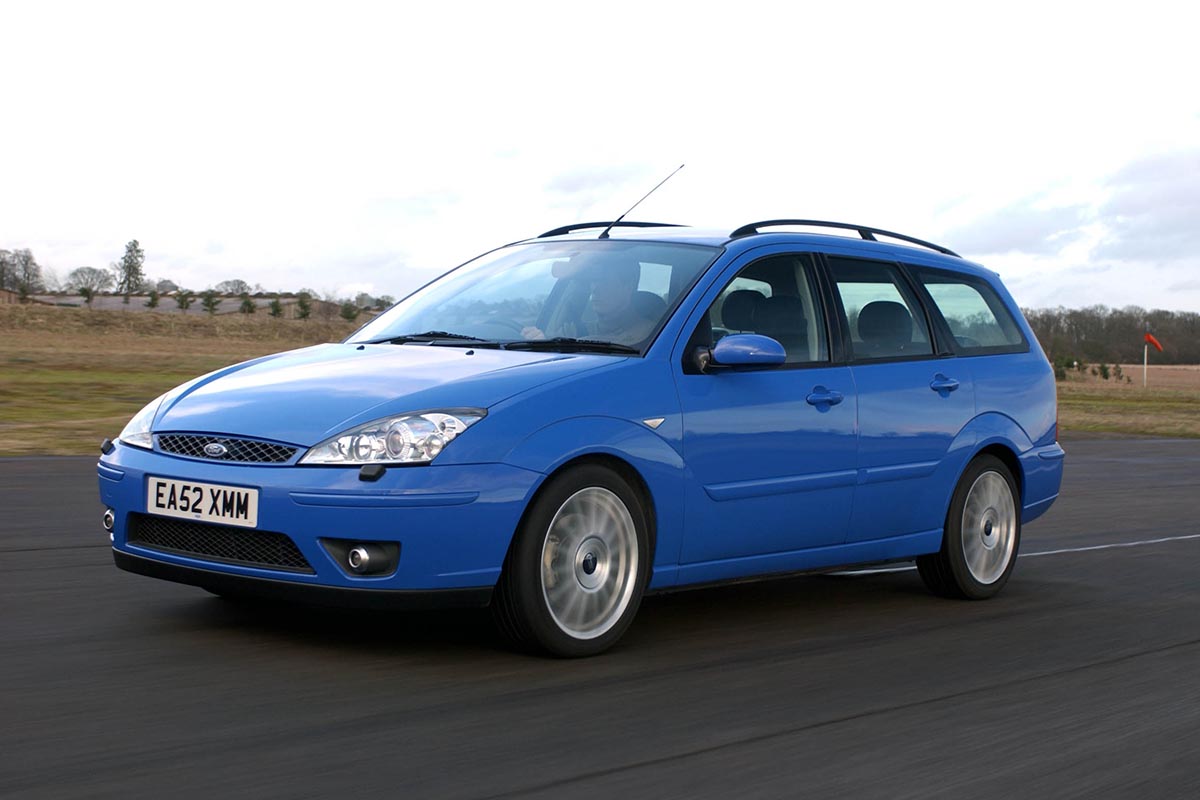 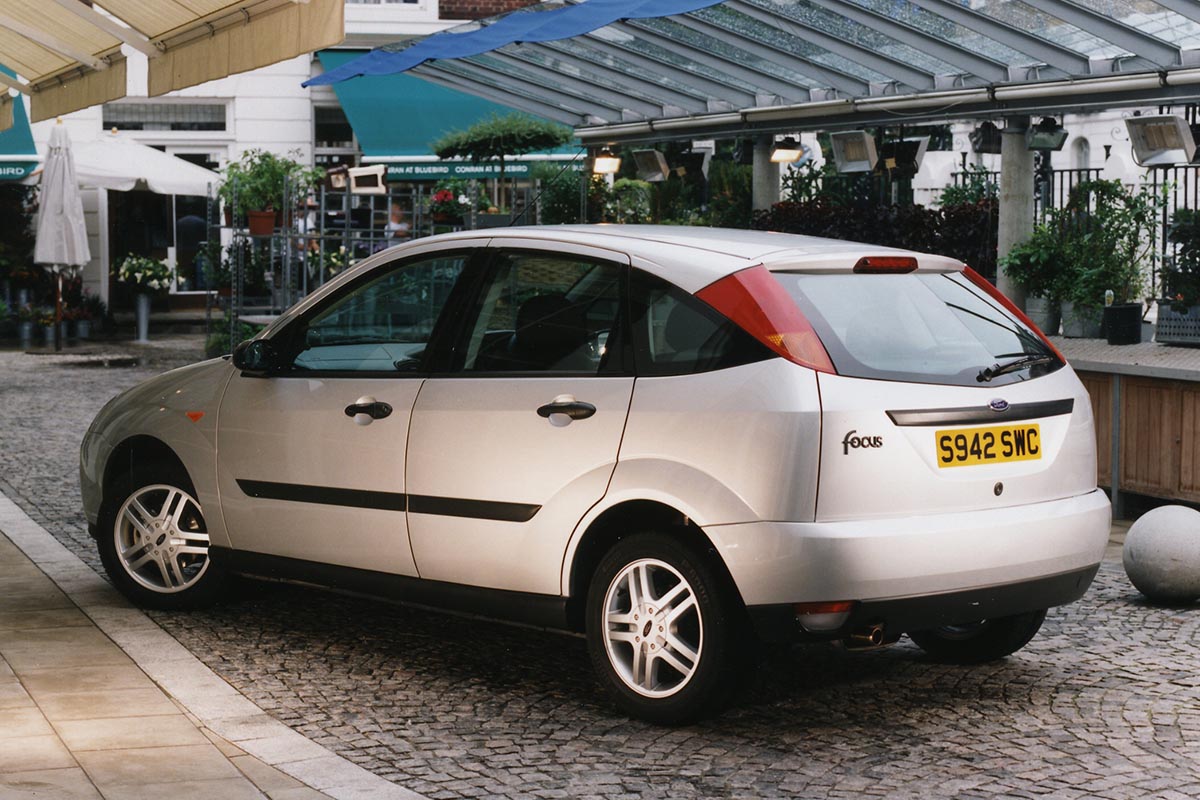 The diesels might be noisy but they’re also efficient. The TDdi version should see around 50mpg in day-to-day use, and while the more powerful TDCi variant will probably get a little less than that, you can still expect to see around 45mpg.

Among the petrol-engined models, the 1.4- and 1.6-litre cars are the most frugal, with the latter returning around 35mpg on average, and the former a smidgen more.

The 1.8- models should see around 32mpg, while the 2.0-litre models (including the ST170) will probably generate around 30mpg, depending on how hard they’re driven.

These figures might sound disappointing by modern standards, but in its day, the Focus was one of the more frugal family hatchbacks, bettering rivals such as the Volkswagen Golf and the Vauxhall Astra.

The RS, meanwhile, won't achieve more than 25mpg if it’s driven gently, and you can expect that figure to plummet if it’s used to its full potential.

Cars registered on or after 1 March 2001 are taxed using bands based on their CO2 outputs. Generally, speaking, the more frugal the engine, the less it costs to tax. The 2.0-litre models fall into the third-highest band, K, so they're more expensive, but 1.8-litre engines, in band I, are cheaper and 1.6-litre modes, in band H, are more affordable still. Both diesel models fall into the same tax band, F, so they're the cheapest on tax.

The Focus has a rubber timing belt that needs changing regularly to avoid the risk of it degrading and breaking, which would cause costly engine damage. According to the manual, the recommended change interval is every 10 years or 100,000 miles, but we suggest changing the cambelt more regularly. Many 1990s cars with long intervals like this have since had those recommendations revised down, and getting the belt done sooner – say, every six or eight years – will be a safer bet. It shouldn't cost you more than about £300 at your local garage. 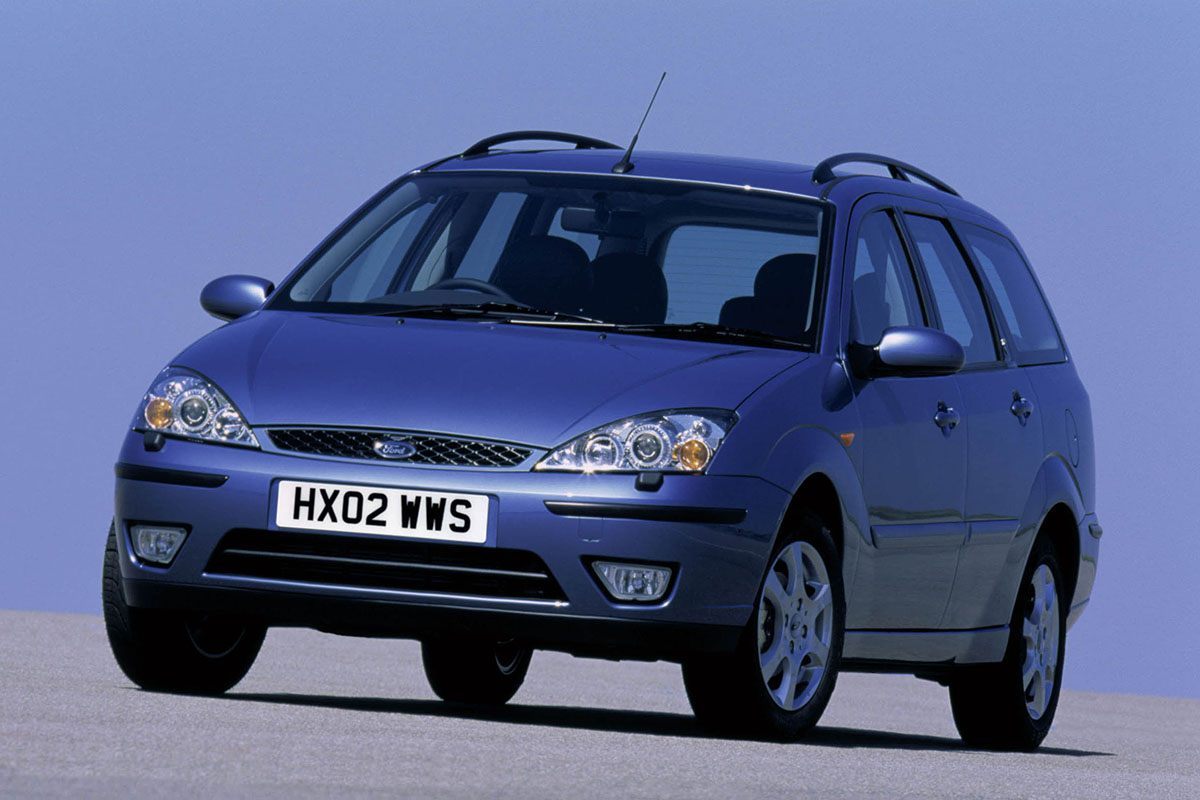 The Focus isn't quite up there with the Toyota Corolla for reliability, but its popularity works in its favour, because anyone with the ability to wield a spanner can work on one, rendering it cheap and easy to repair. Parts are widely available, too, which makes it one of the more affordable and easiest cars of its era to keep running.

The biggest problem facing owners today is corrosion, because a rust-free Mk1 Focus is a truly rare thing. They were poorly protected from new, and the vast majority will have experienced rust problems of some sort by now. If you plan to keep your Focus long-term, then budget to keep on top of its tendency to go crusty, and look hard at rust hotspots such as the rear wheel arches, the undersides of the doors, the boot lid and its hinges, and the metalwork where the mirrors meet the doors.

Other common problems include the instrument cluster, which often requires a costly full replacement, misfires due to dodgy coil packs, grumbly wheel bearings and the electrics, which can be affected by water ingress. 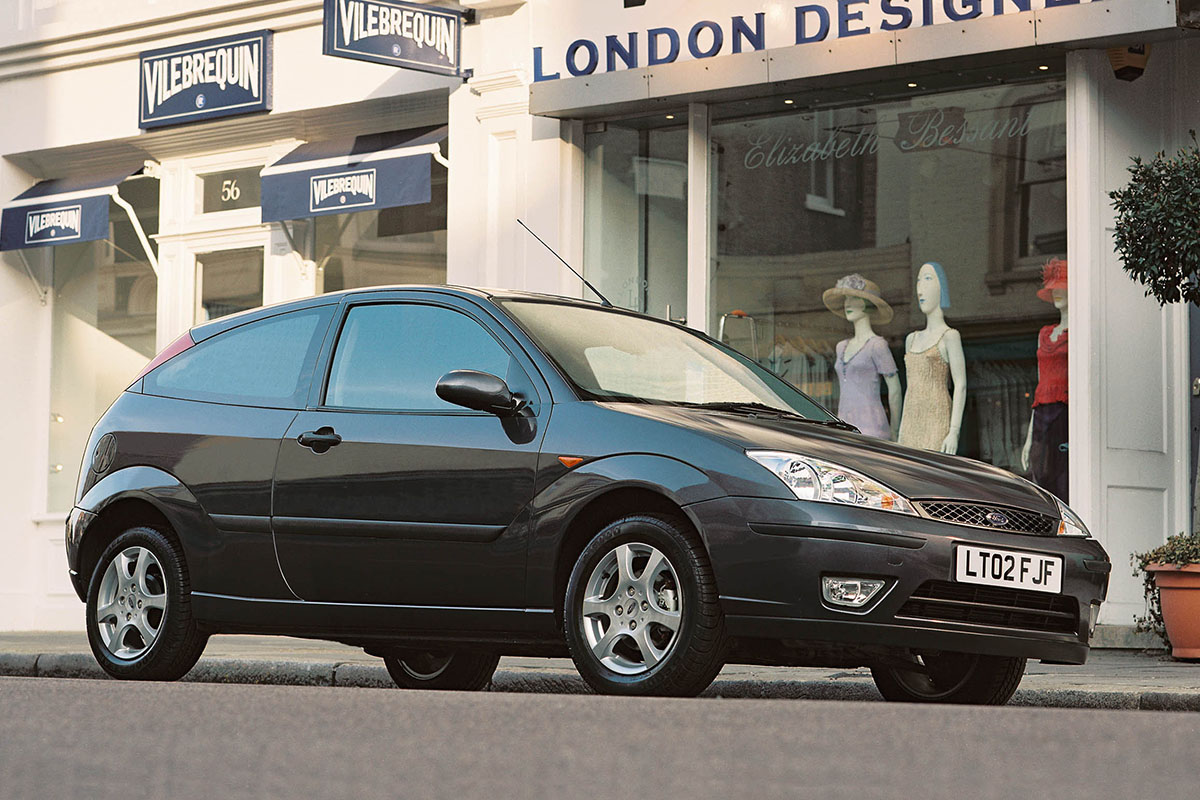 For the money, you can’t do much better than a used Ford Focus. Not only is it an icon and a surefire future classic but, at today’s prices, it makes an excellent bargain runaround.

It’s a great family car with space and comfort aplenty, especially if you choose one of the more upmarket versions. Were that where it ended, the Focus would still be a good buy, but its magnificent chassis adds a sprinkling of magic that transforms it from a good car into a truly special one.

There is no shortage of dog-eared examples out there, so buy carefully, but a good one will give you miles of satisfying motoring.

Search for a mk1 Ford Focus for sale on CarGurus