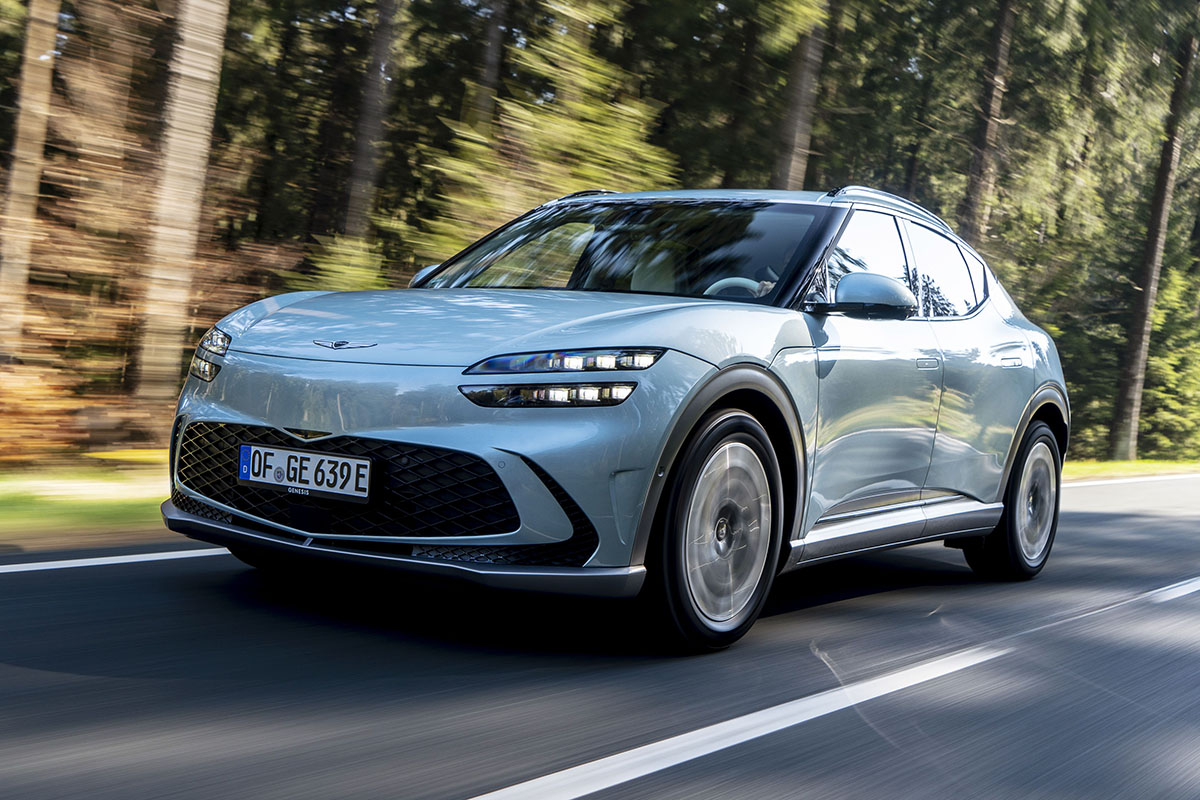 As premium electric cars go, the Genesis GV60 is a solid effort with plenty to like. However, what really makes it stand out is the hassle-free way you buy and service it. That, combined with the generous warranty and five years free servicing thrown in, make it a compelling option if you’re in the market for a premium EV. 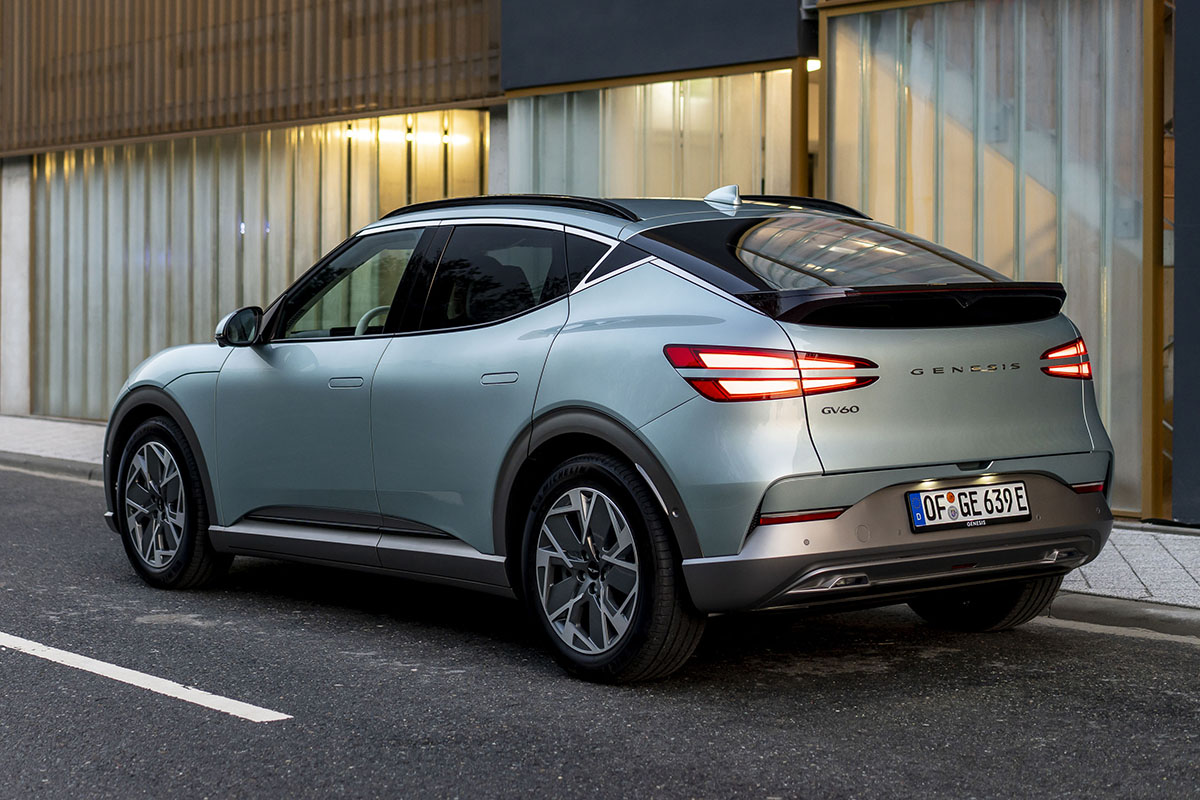 What is the Genesis GV60?

The GV60 is the first fully electric vehicle from Genesis, Hyundai’s luxury arm, and it should be good. Why so? Well, it isn’t entirely a new car - in fact, it’s based on the same underpinnings as the Hyundai Ioniq 5 and the Kia EV6, two cars which between them have cleaned up at recent awards ceremonies, and of which we’re big fans here at CarGurus. Genesis hopes its innovative purchase and aftercare package will win over customers from traditional premium marques such as Audi, BMW and Mercedes, while also wooing customers who might be looking for something more prestigious than Hyundai and Kia can offer.

Climb aboard the GV60, and the first thing that’ll grab you is the sense of space in the front seats. That’s thanks in part to the floating centre console and large windscreen, which results in good visibility out to the front. The interior is smartly finished (the ‘crystal sphere’ gear selector, which rotates to reveal a glowing orb when the car is turned off, is a particular highlight), the infotainment system is relatively intuitive, and the switchgear is clearly laid out and easy to use.

The back seats feel a little more claustrophobic thanks to the arching, coupe-like roof line, but there’s enough leg and head room that you won’t find yourself feeling cramped. What’s more, each of the outer seats gets its own air vent and a cupholder in the door – a nice touch that makes you feel like you aren’t travelling second-class. It’s relatively easy to belt kids into the back, too, given this crossover’s tall stance.

The 432-litre boot is a touch on the small side when compared to that of a Volkswagen ID.5 or a Ford Mustang Mach-E, but you do get more room than you do in a Polestar 2. What’s more, the rear seat backs can be moved to a more vertical position, to create more boot space while still retaining the ability to carry passengers in the rear seats – though those passengers will have to sit uncomfortably upright.

Even the entry-level Premium model is quite engaging to drive. You get a single 226bhp motor turning the rear wheels, which gives plenty enough shove for most people. It rides well enough, too, though it does sometimes clump its wheels into larger potholes, and on some motorway surfaces there’s a slightly wooden pitching sensation.

Upgrade to the Sport and you get an extra motor on the front wheels, which means four-wheel drive and a combined maximum output of 316bhp, but it’s the top-spec Sport Plus that keen drivers will want to know about – with a whopping 429bhp on offer from its two electric motors, it’s more than fast enough to keep pace with a plethora of proper performance cars.

That’s not all, though. The Sport Plus features a boost mode, accessed by pressing a button on the steering wheel, which gives you an additional hit of 54bhp for 10 seconds, so that you can make overtakes with consummate ease. There’s also a drift mode, intended for use off the public highway, which uses the Sport Plus’s standard electronic limited-slip differential to enable the driver to initiate power slides at will.

The Drift mode is a bit of a gimmick, but see past that and there’s no getting away from the fact that the all-wheel-drive Sport Plus corners with sensational grip and traction, tearing out of bends with immense ferocity. There isn’t all that much feel or deftness involved in the process – for that, you’ll want to look to the Jaguar I-Pace – but the GV60 still covers ground with an easily accessible intensity few EVs can match.

For your near-£50,000, you don’t actually get a lot of standard equipment with the entry-level GV60. True, you do get LED headlights, adaptive cruise control, dual-zone climate control and digital dials, but then again, you’d rather expect these features as standard on a premium car in this day and age.

Moving up to the dual-motor Sport doesn’t really get you any extra equipment, either, except for an upgrade to 20-inch wheels from the standard 19-inch items, and even if you splash out on a Sport Plus the extra kit included is a little sparse – leather upholstery, a suede headlining and 21-inch wheels.

Having said that, you do get adjustable suspension, which allows you to vary the suspension setup from soft to firm, and for a surprisingly modest fee you can upgrade this so that it can also read the road ahead using a camera and adjust the damping automatically when it senses a rougher surface. This works pretty well in practice, and although it doesn’t cure the GV60’s slightly sharp ride quality altogether, it does mean there’s no penalty for choosing the Sport Plus with its bigger wheels.

However, it’s worth noting that extras like heated seats and a heated steering wheel, which come as standard even on the most basic Kia EV6, are left to the options list even on the most expensive version of the GV60. What’s worse is that most options aren’t available individually, so if you want heated seats, for example, you have to specify them as part of the Comfort Seat Pack, which costs almost £3,000. 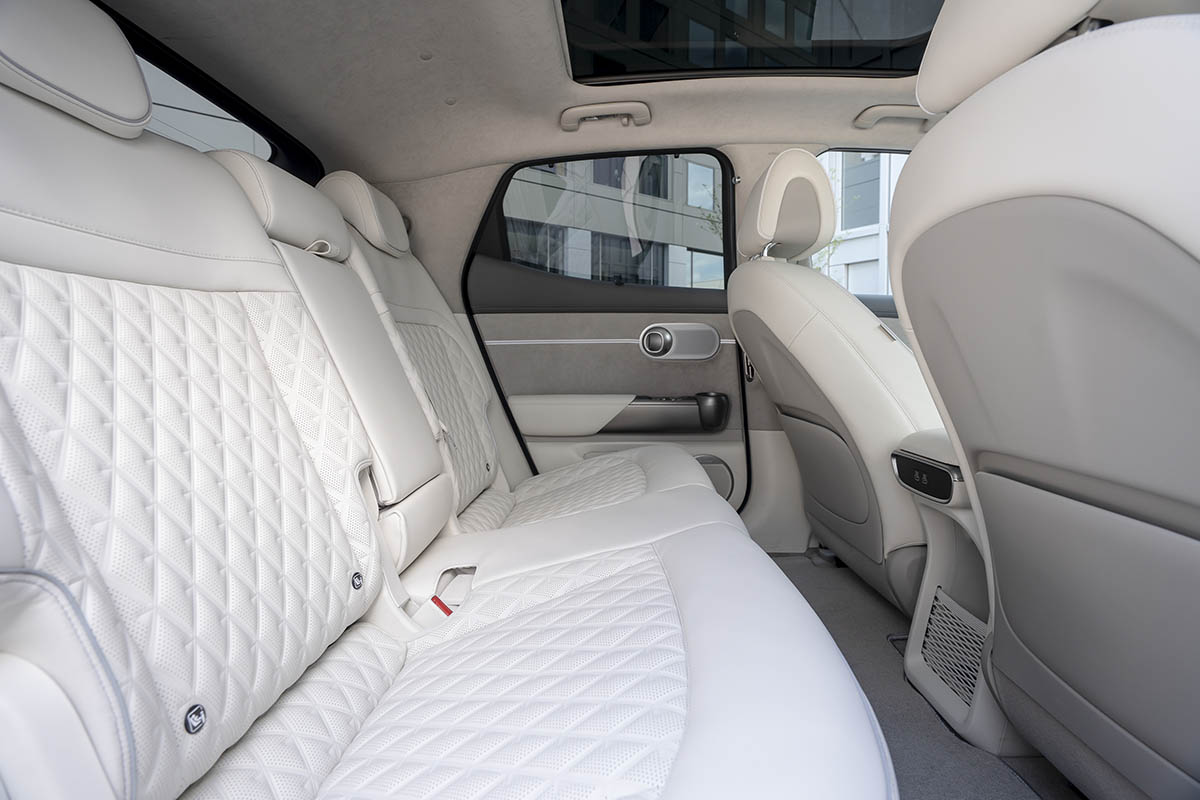 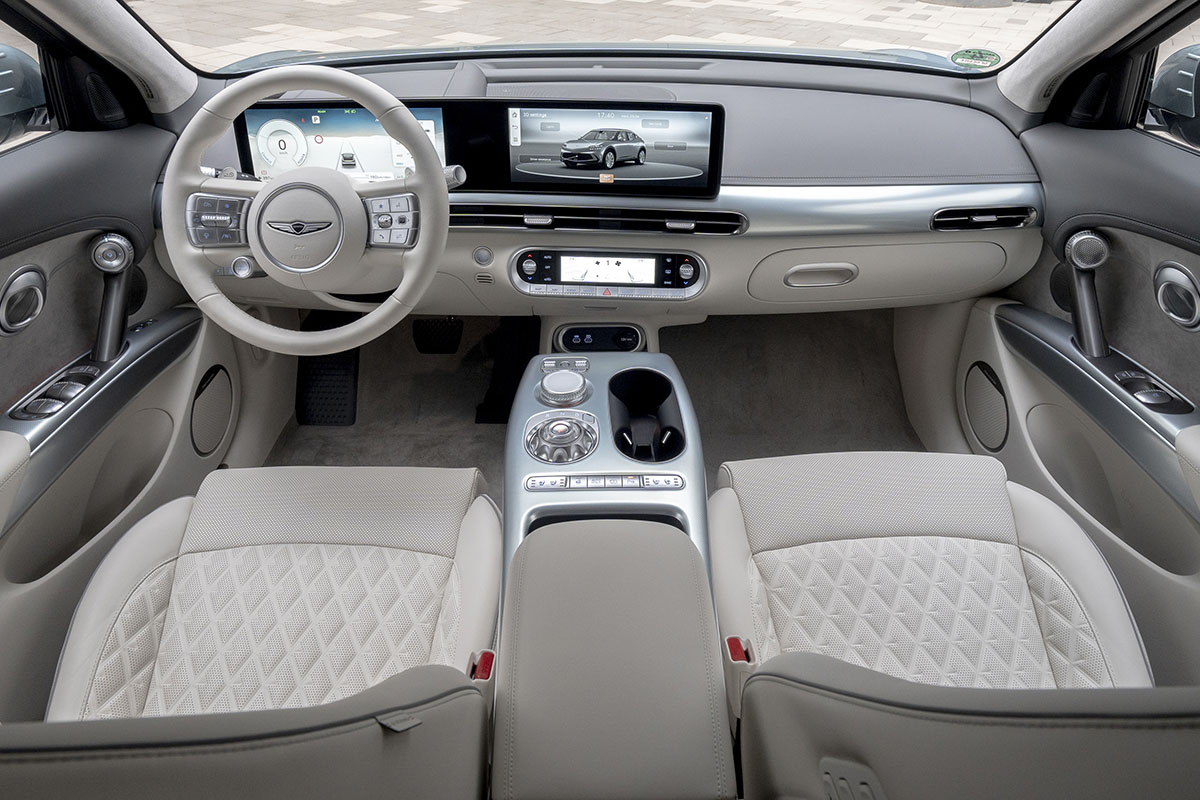 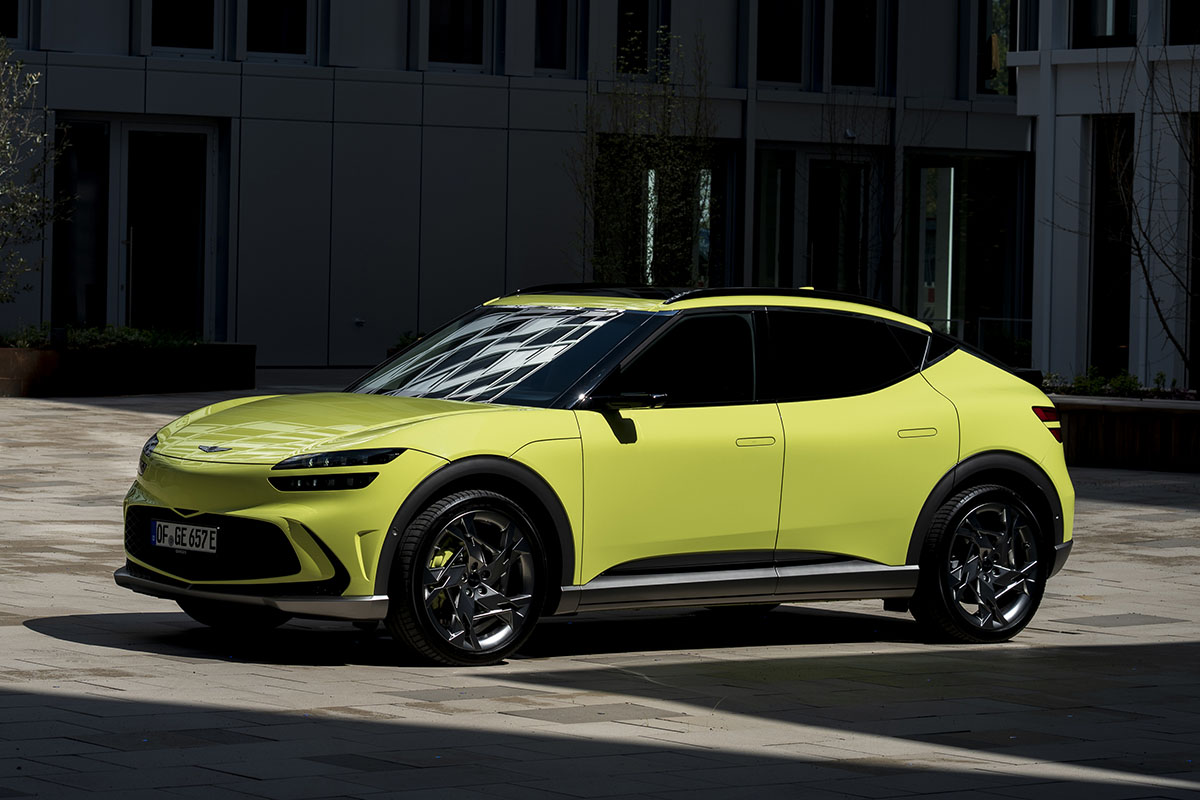 All GV60s get the same 77.4kWh battery pack, which means you can expect to see around 250 miles of range in the real world from the rear-wheel-drive Premium model, or around 220 miles from either of the heavier four-wheel-drive models. That equates to energy consumption of around 3-3.5 miles per kWh, depending on which model you go for and the weather conditions (EVs are less efficient when the weather is extremely cold or warm).

One of the GV60’s big benefits is an extremely fast 350kW on-board charger, and every model gets this as standard. That means if you can find a charging point capable of supplying power at the same rate (rare at present, but more are set to be installed in the future), the GV60 has the potential to charge from 10% to 80% of its battery capacity in just 18 minutes. On a more widely available 50kW charger, though, that time increases to just over an hour, while at home, charging an empty battery up to full again will take just shy of 12 hours.

The GV60’s electricity consumption isn’t excessive, then, and as for its other running costs, well, there shouldn’t really be any – at least, not for the first five years. That’s the huge benefit of the package the GV60 comes with, and it means compared with any other EV on the market, it’ll cost next-to-nothing to run until it hits five years old. That’ll help to offset its rather high purchase price – indeed, when you consider how much you’ll save on servicing compared with other manufacturers, the Genesis doesn’t look like bad value after all. 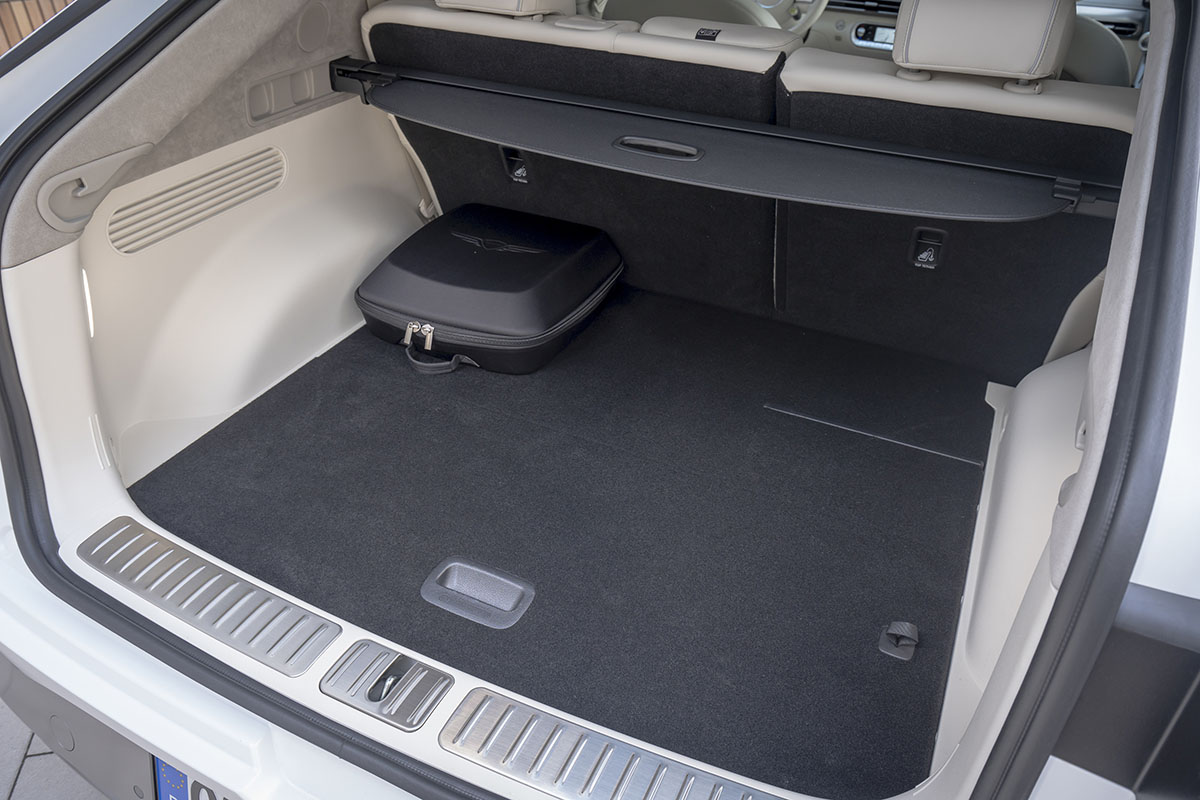 Genesis is such a new brand – it didn’t even exist in the UK until 2021 – that there’s no data around for us to be able to tell how well the GV60 will fare on the reliability front. So it’s a bit of an unknown.

However, the signs are promising. Genesis is an offshoot of Hyundai, a Korean manufacturer known for its repeated good showings in reliability surveys, and the same can be said of Kia, Hyundai’s sister brand. The GV60 is based on Hyundai and Kia mechanicals and uses those companies’ software and ancillaries, so in all likelihood, it should prove dependable.

Either way, that five-year warranty should add peace of mind; it means that even if your GV60 does go wrong, Genesis should be able to take it away and rectify any issues free-of-charge. 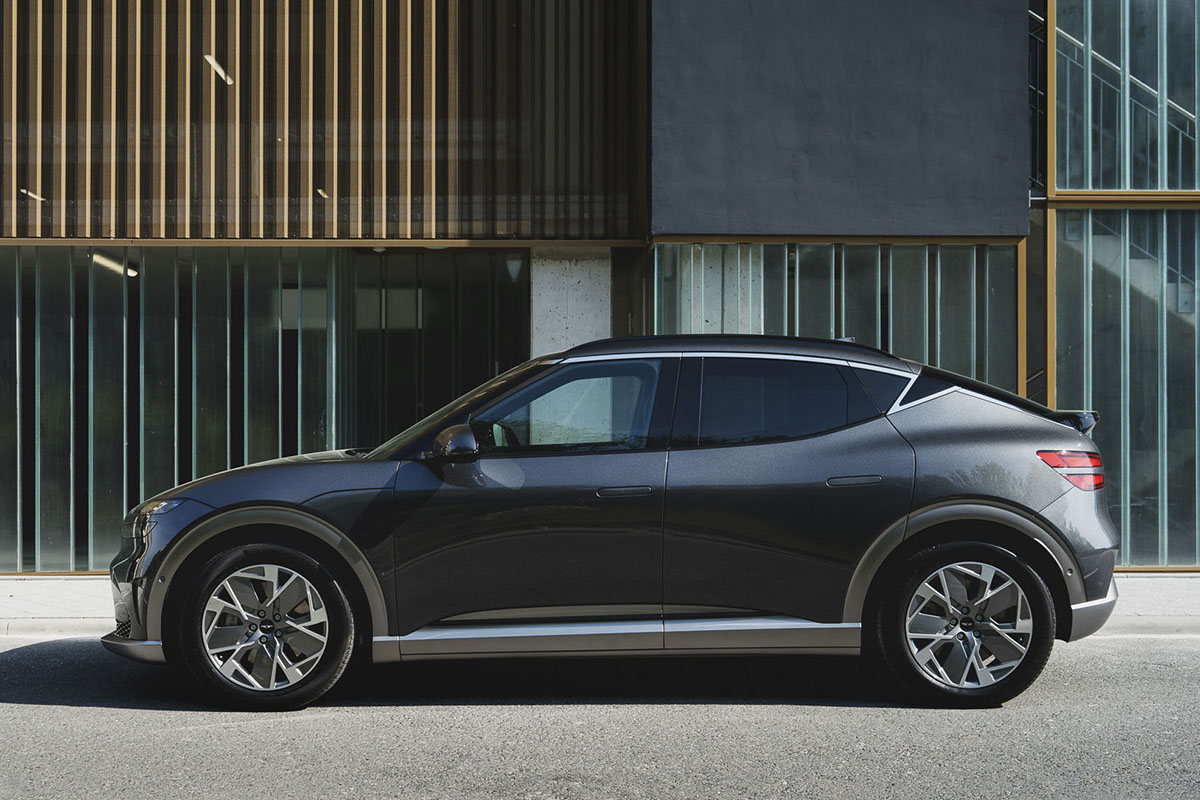 Viewed in isolation, the GV60 is a good car. You get an upmarket interior, a decent amount of space, and satisfying (if not outstanding) driving dynamics. Indeed, the only real niggle is that the standard kit list misses off some bits of equipment you really would expect to see on a premium EV like this one. But if you’re willing to raid the options list, even this flaw can be assuaged.

But it’s that buying and owning package that really sets the GV60 apart. No other EV on sale today gives you the same peace of mind or hassle-free ownership experience. And the money you’ll save on servicing means it isn’t actually as costly to buy as it looks. You might not have heard of Genesis, then – but if you’re after a smart electric SUV, the GV60 is one you should probably consider.

Search for a Genesis GV60 for sale