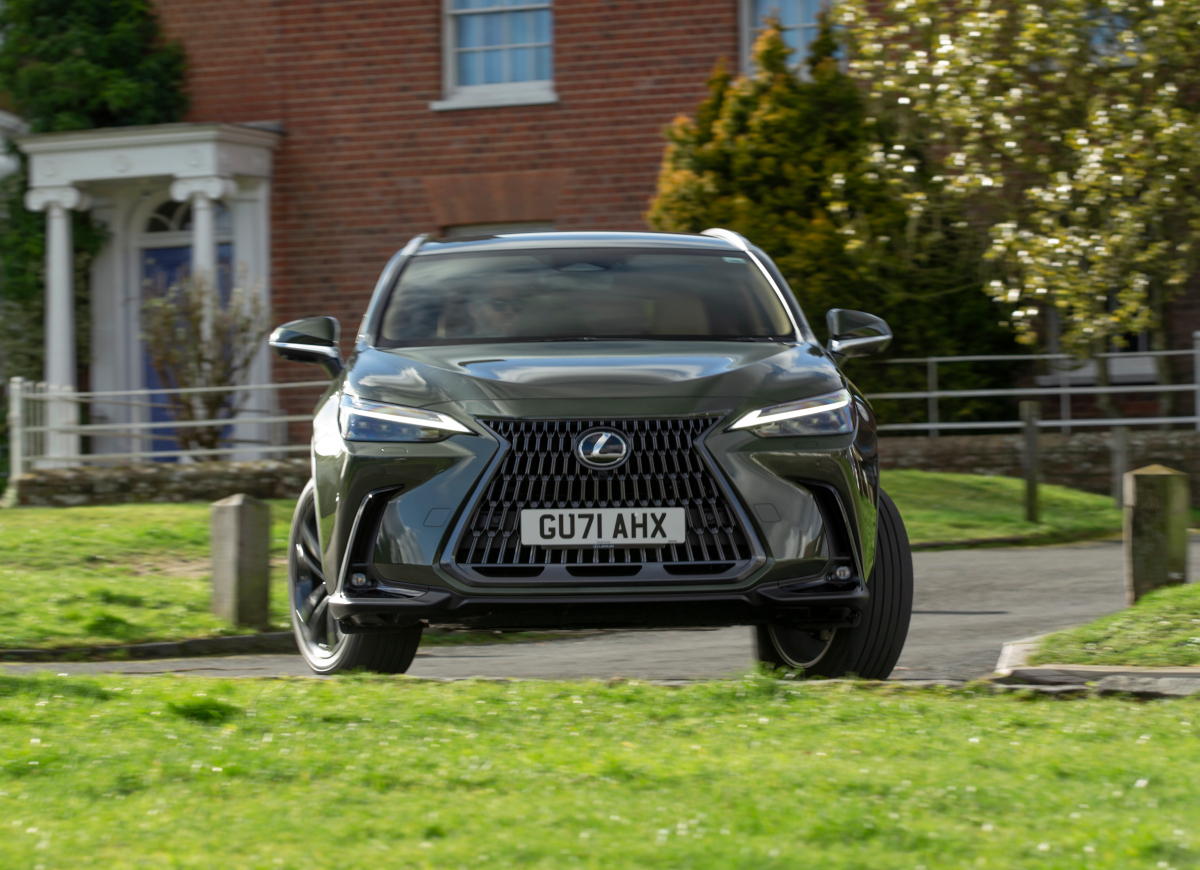 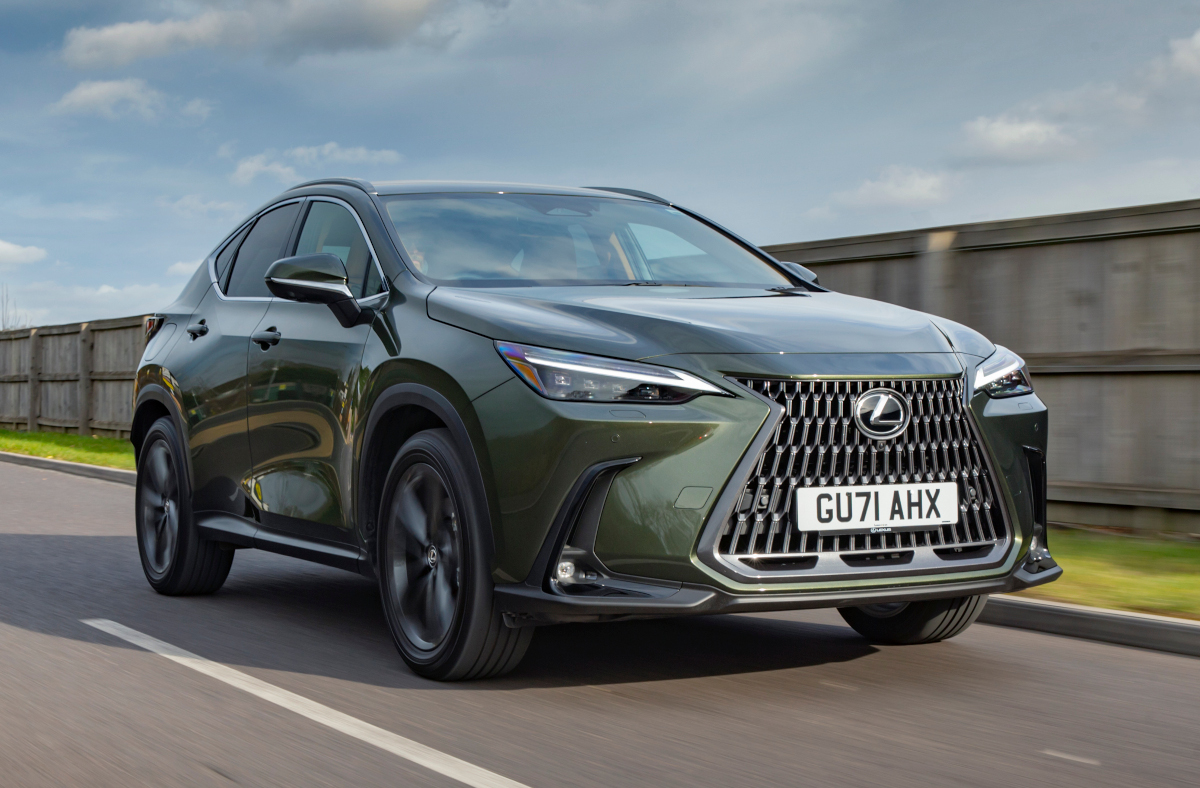 As a mid-sized premium SUV that doesn’t slavishly copy the Audi-BMW norm, the new Lexus NX50h+ is refreshingly different. It’s also the Japanese brand’s first attempt at a plug-in hybrid. It provides two powerful electric motors with a decent range that’s masterfully integrated with the car’s petrol engine – though driving it isn’t perhaps the sportiest of experiences. It also feels fantastically well put together. 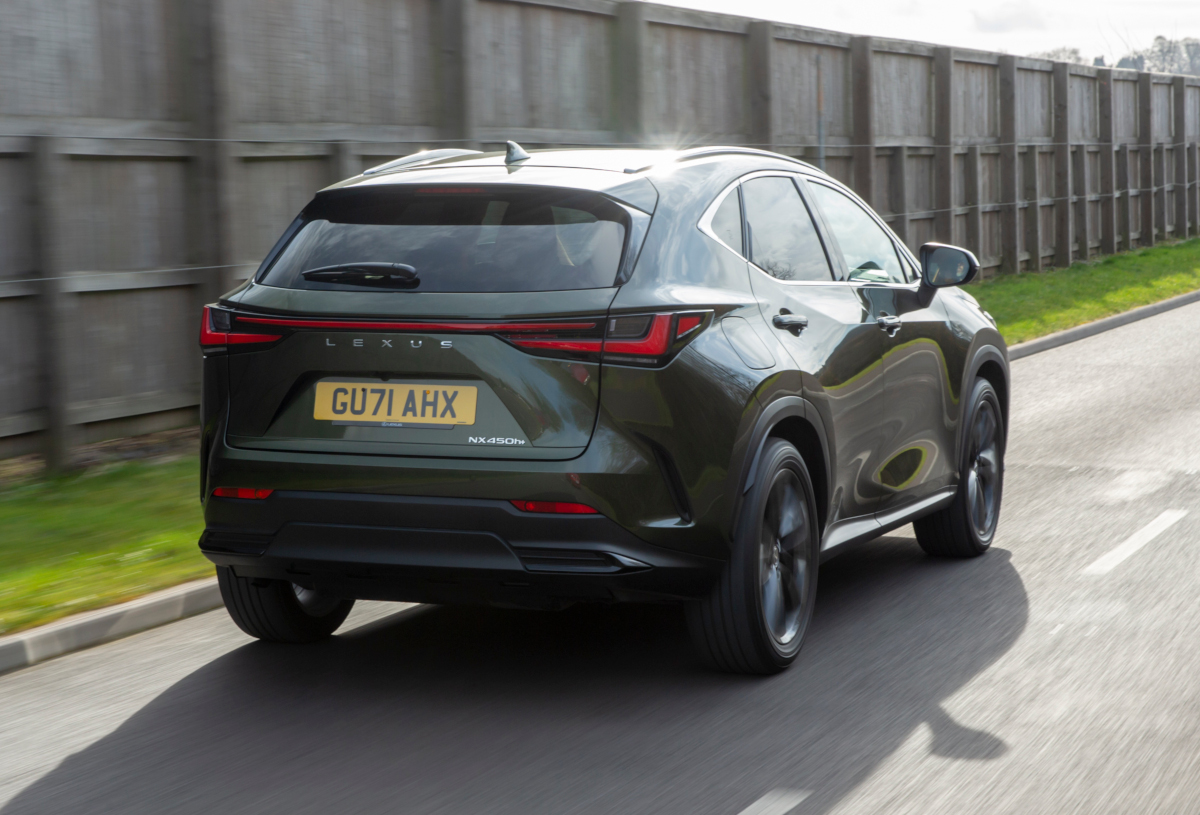 Put simply, it’s the plug-in hybrid version of the new NX – which is the middle of the three sizes of SUV that you can buy from Lexus: the UX, the NX and the big RX. The first version of the NX arrived in 2014, and has been Lexus’s best-selling model in Europe ever since, with the company shifting 175,000 of them.

If you’re considering a Volvo XC60 T8 Recharge, an Audi Q5 TFSI e or a Mercedes GLC, one of these should definitely be on your car-buying shortlist.

The new model looks similar to the old one (albeit with the fish-hook shaped daytime running lights now integrated into the main headlamp cluster and the rear lights connected by a Porsche-style illuminated bar), but it’s actually built on all-new underpinnings.

Crucially, the NX range also includes this, the plug-in hybrid version. It’s a first for Lexus and gives the 309hp NX450h+ an all-electric range of 47 zero tailpipe emission miles. There’s also a non-plug-in self-charging hybrid with 244hp available, but it’s the more powerful model with the plug-in (PHEV) powertrain that we’re focusing on here.

In all honesty, smallish crossover SUVs like the NX will never be quite as practical as an estate car or an MPV, as the bodystyle limits the amount of interior space. On top of that, a plug-in hybrid also needs somewhere for the battery pack to live, often further compromising interior space – generally in the boot.

Having said all that, the NX sidesteps at least one of these issues: There’s 521 litres of space in the boot whether you go for the plug-in version or not, plus underfloor storage for charging leads. In most of the NX’s rivals, the PHEV models lose out on around 100 litres of boot space compared with non-plug-in versions of the same model.

All NX models also get an electric tailgate as standard, which is a nice touch. Where the NX falls down a little is that its rear seats only offer a 60:40 split-folding set-up rather than a 40:20:40 three-way system. Plus, while the rear seatbacks are adjustable, the rear bench as a whole doesn’t slide back and forth.

That said, there’s plenty of headroom and legroom for rear passengers, even if the atmosphere back there is a little gloomy. Front-seat occupants are treated rather better.

In a word: relaxing. In rather more words, the NX is refreshing in that it doesn’t try to be sporty. Instead, it focuses on delivering an easygoing, smooth driving experience. The ride is excellent, soothing away lumps and bumps in the road with real aplomb. Combined with extremely comfortable electrically adjustable seats (in F Sport and Takumi models at least) that are both heated and cooled it makes the NX a truly chilled-out long-distance companion.

The hybrid drivetrain, in large part, helps contribute to this feeling, with the twin electric motors providing effortless power delivery, allowing you to waft along on a wave of electric torque.

Lean a little harder on the accelerator to bring the 2.5-litre Atkinson-cycle petrol engine into play, however, and it’s a little less impressive. The e-CVT gearbox means that the petrol engine holds constant high revs when you accelerate hard and, unfortunately, the engine just sounds rather thrashy when you do so. It’s a shame, because it spoils the Lexus’s suave nature a little.

It is fast, though. At full power, it’ll get from 0-62mph in 6.3 seconds, and the throttle response is instant, thanks to the torquey electric motors and all-wheel-drive traction. The performance is there, then, if you need it, but actually the NX is at its best at a more relaxed pace, with the petrol engine supplementing the performance of the electric motors only when necessary.

Lexus has followed the trend for an enormous infotainment screen, though base cars get a smaller but still reasonably sized 10-inch screen. But those going for the higher-spec F Sport or Takumi cars get Lexus Link Pro.

This is a 14-inch HD screen and, although we often criticise overly large touchscreens for being a little tricky to use on the move, the way the NX’s screen is tilted towards the driver’s seat actually makes it much easier to prod buttons successfully. It’s certainly much more intuitive than the dreadfully fiddly touchpad in the previous model.

What’s more, though some of the heating and ventilation controls are touch items (many prefer physical buttons as they’re generally easier to use) at least you don’t have to delve into a submenu to find them, and the temperature dials themselves are pleasingly smooth-acting knobs – and they’re easy to find without taking your eyes off the road.

In terms of other equipment, Lexus has been far from stingy. All cars get dual-zone climate control, wireless Apple CarPlay (you also get Android Auto, though you’ll need to connect it to the infotainment system with a wire) keyless entry, a reversing camera and an electric tailgate. Move up to higher-spec models and you can add eight-way electrically adjustable heated and cooled front seats, leather upholstery, wireless phone charging and a 360-degree surround-view camera and LED adaptive beam headlights, among other goodies. 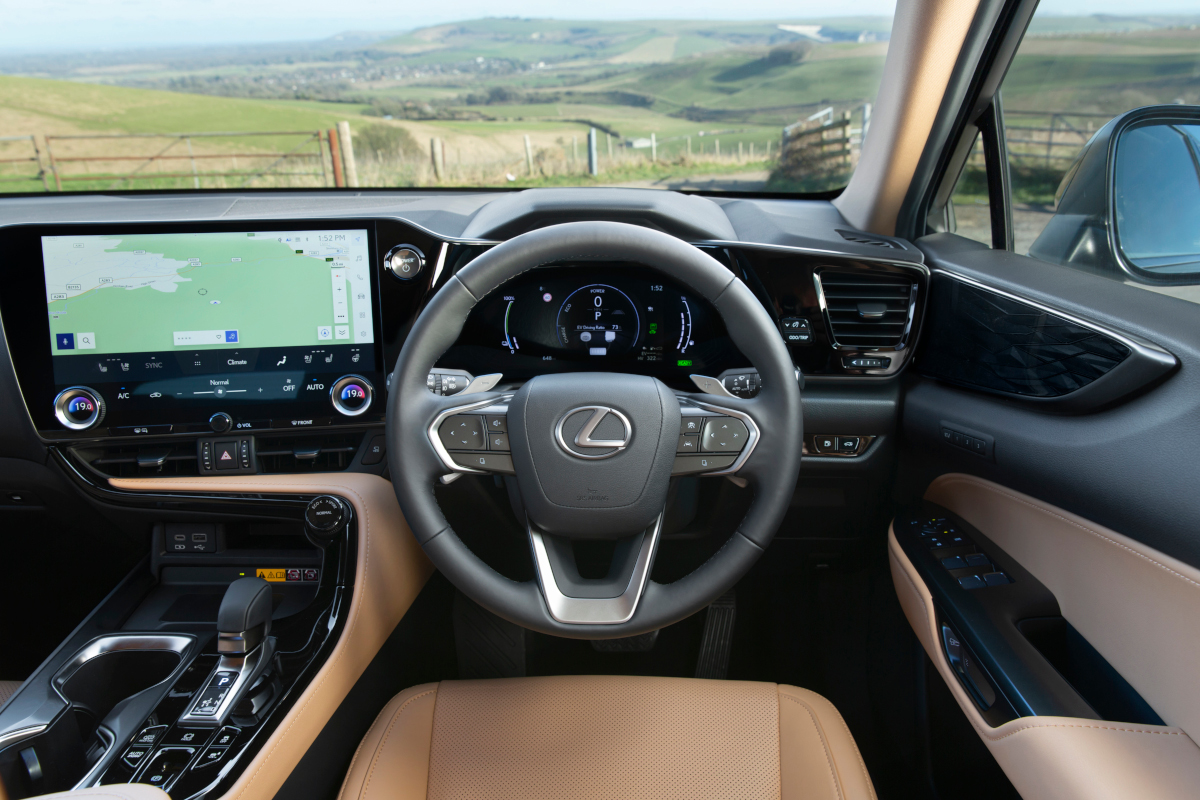 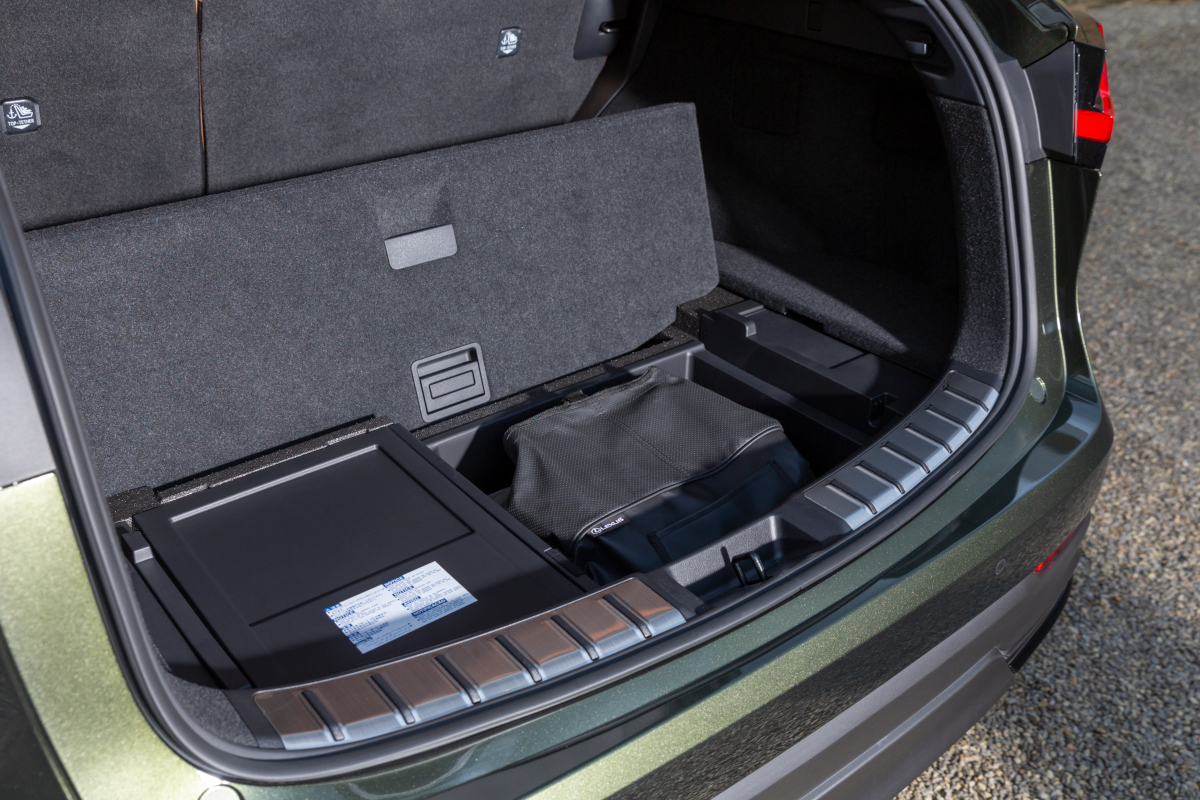 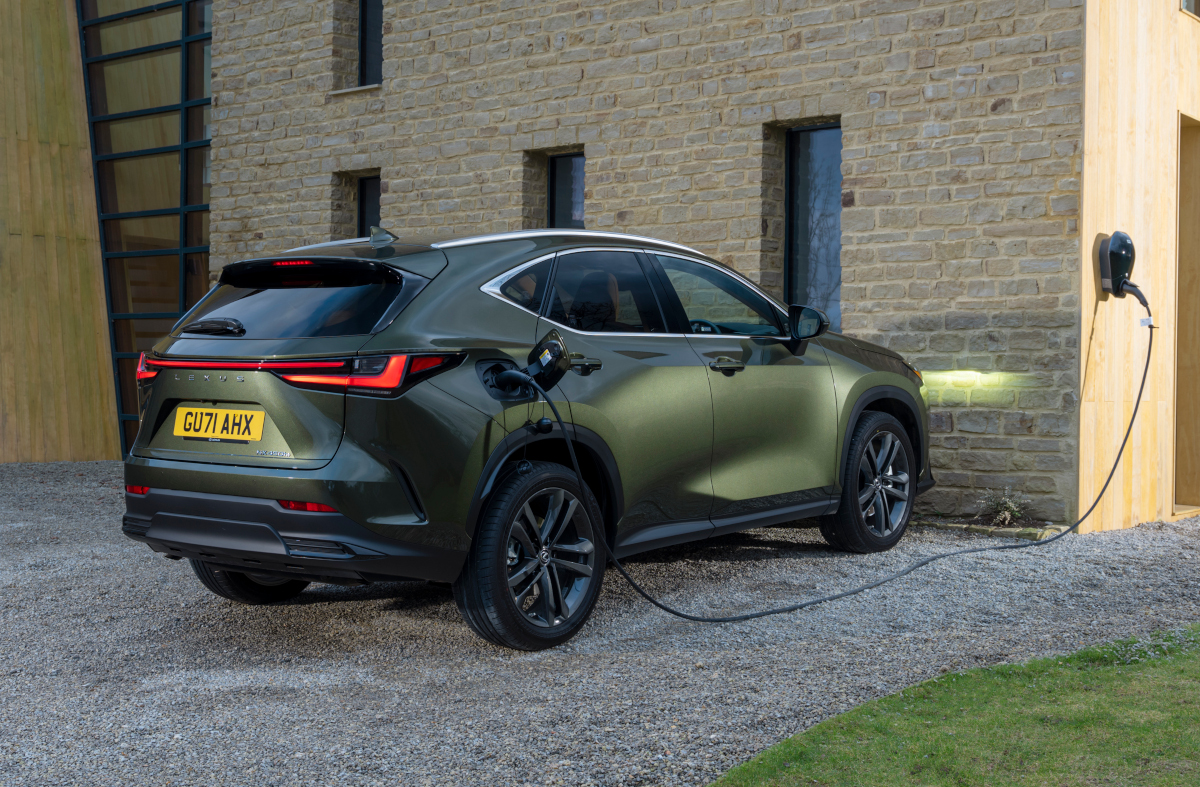 As with all plug-in hybrids, the fuel costs of the NX450h+ very much depend on how much of the time you’re able to plug it in. Given it’s got a reasonable 40-mile-plus real-world electric range, providing most of your trips are short hops, you could achieve quite close to the claimed fuel economy of 256.8mpg.

That’s a very specific use case, though. In the real world, and over a mix of rural, urban and motorway driving, we achieved somewhere between 50 and 60mpg with our test car. And even if you can make the most of home charging, you should be sure you’re on the right electricity tariff – plug-in hybrids tend to be less energy-efficient in EV mode than a full electric vehicle, so charging up could prove to be more expensive than you might think.

If you can’t plug it in somewhere regularly, the front-wheel-drive version of the self-charging NX300h might make more sense, as it’ll get around 45mpg in the real world. Of course, if you’re thinking of a new Lexus NX as a company car, then the plug-in model will attract far less benefit-in-kind tax than the self-charging car.

Whichever version of the NX you have, it’ll need to be serviced once every 12 months or 10,000 miles – whichever arrives soonest. And whether you’ve got the plug-in NX450h+ or the regular NX300h, with each service at a Lexus dealer you’ll get something called a Hybrid Health Check, which will give you a 1 year/10,000-mile extension to the hybrid battery warranty until the vehicle is 15 years old. 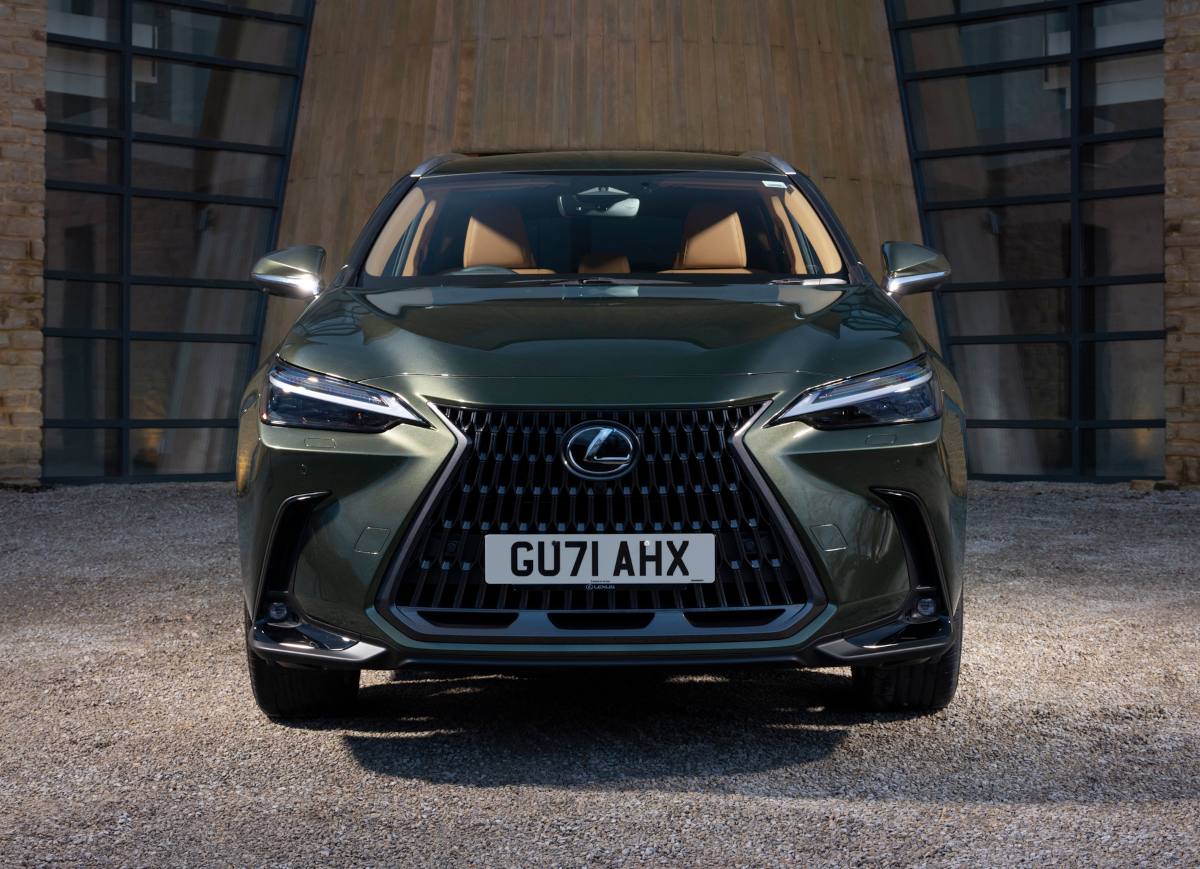 Lexus’s reputation for reliability as a brand is solid gold. Although the latest second-generation NX models are too new to have been featured in used car reliability surveys at the time of writing, the first-generation car came in 13th place out of 75 cars tested in the Driver Power 2021 customer satisfaction survey.

Meanwhile, in the What Car? 2021 used car reliability survey, Lexus came out top overall, with the previous-generation NX coming in as the top hybrid model in the same survey.

Given that reliability record, it is a little strange that the standard Lexus warranty is just three years and 60,000 miles, when sister/parent brand Toyota gives a five-year warranty. That being said, you can extend your car’s coverage with a Lexus Relax warranty for up to 10 years or 100,000 miles – though you will have to pay for this. 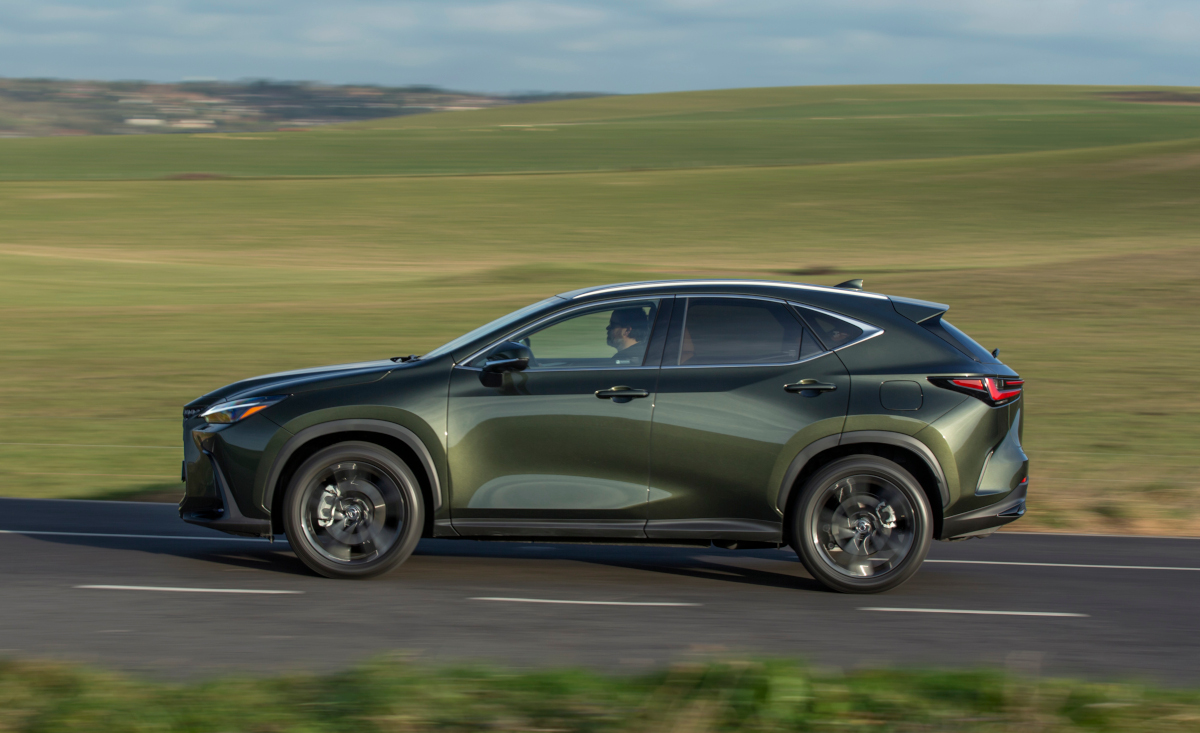 By going its own way and not following the German premium SUV herd, the Lexus NX manages to be a very appealing product. It’s easy to live with, is full of intelligently thought-through touches and is brilliantly comfortable. And while most of its rivals attempt to show off their luxury credentials with a solid and weighty feel, and by flinging bling at the exteriors and interiors of their models, the Lexus instead concentrates on feeling like a well-crafted, precisely honed tool.

It’s also – as you might expect from a pioneer of hybrid technology – a very well executed first go at a plug-in hybrid SUV. If you value comfort over sportiness and enjoy a slightly different way of doing things, then the Lexus NX is well worth a look.

Search for a Lexus NX for sale on CarGurus