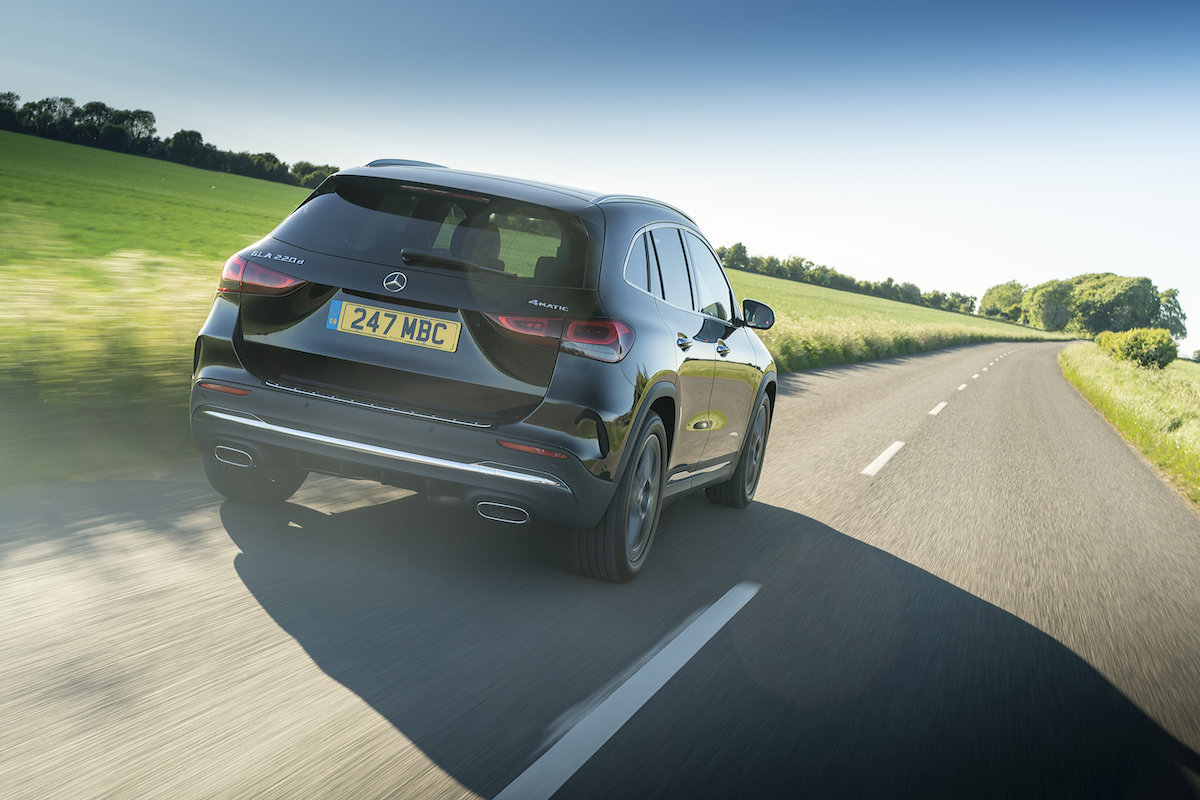 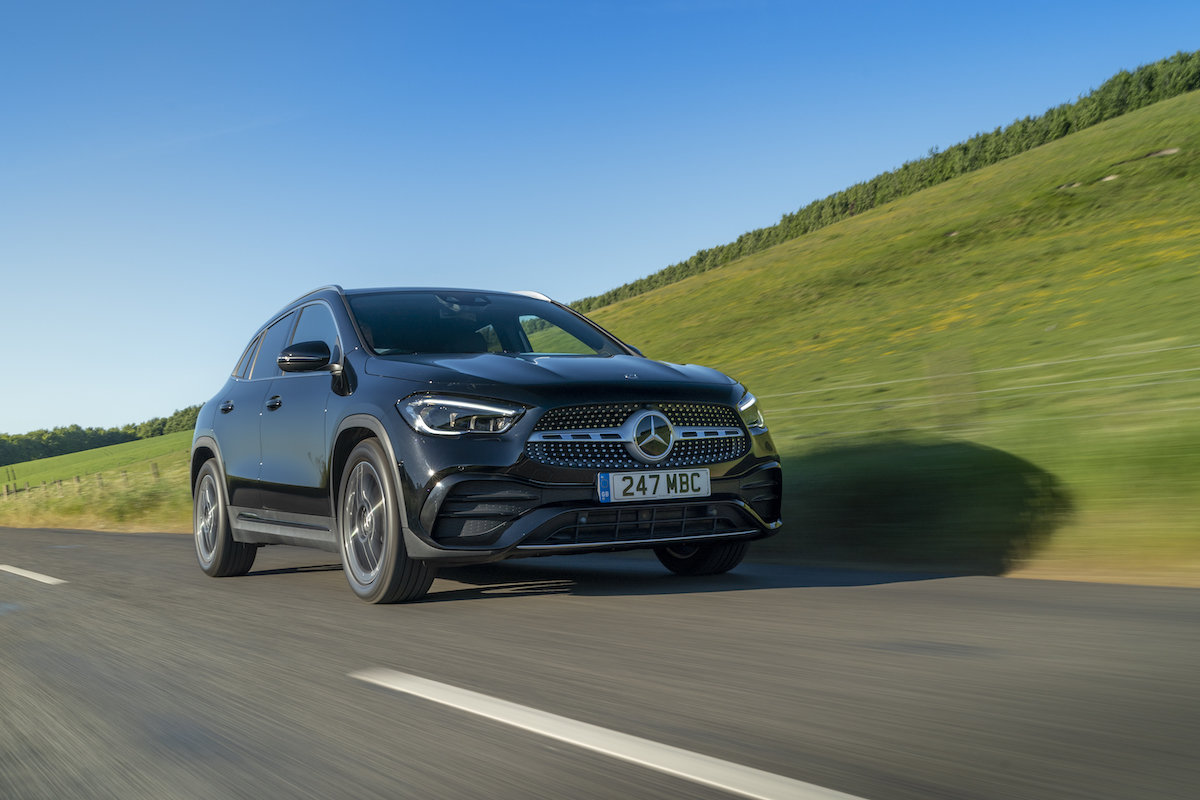 There was a time when the Mercedes GLA trailed its rivals in a number of areas, but that’s no longer the case now that the second-generation car has arrived. It’s better-looking than the car it replaces, and it’s also better to drive, more practical, higher in quality and more generously equipped. More importantly, it can now live with its rivals in every one of these areas, and in its super-whizzo infotainment system, the GLA has a genuine USP, especially for tech fans. A worthy adversary to the Audi Q3 and BMW X1. 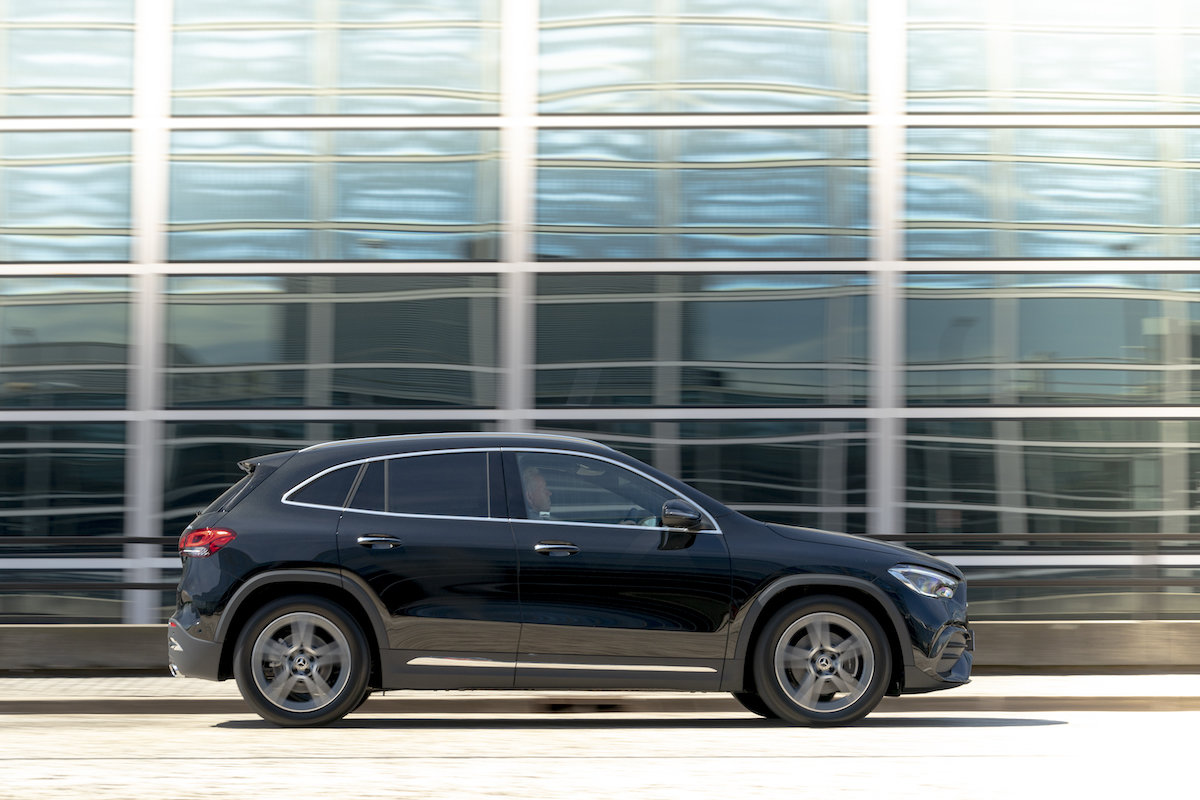 What is the Mercedes-Benz GLA?

You could argue that SUVs are even more popular now than they were then, an argument supported by the fact that Mercedes itself offers no fewer than ten of the things, of which the GLA is the smallest and most affordable, sitting beneath the GLB and GLC. But with competition from rival manufacturers fiercer than ever before, it’s unlikely that the GLA would get so lucky a second time, so the GLA’s replacement – released at the beginning of 2020 – had to be a big step up.

The initial signs were encouraging. For starters, the A-Class had been overhauled a little while before, and Merc’s new family hatchback was head-and-shoulders better than the car it replaced, meaning the second-generation GLA was off to a much, much better start in life. The GLA also been given all of the same impressive infotainment and safety technology (more on that later) as the A-Class, as well as its improved mechanical package. What’s more, the undeserved success of the mk1 GLA had proved that there was clearly a strong appetite for such a car among buyers, and that appetite was unlikely to have disappeared overnight. So, would those buyers’ appetites be served by a significantly better car?

Yes, happily. For starters, the styling is far more plausible than its predecessor’s, actually looking like a proper SUV rather than a hatchback with a jacked-up ride height and some extra plastic cladding smattered around the bodywork. It also does a better job on practicality, with a bigger boot that compares well with those of rivals, and there’s also the versatility of standard 40/20/40 split-folding rear seats. Rear space is decent, with generous legroom, although passengers much over six foot might still find headroom to be a little tight in the back.

It’s also more civilised on the road than the previous GLA, although it’s still not perfect. The ride still feels slightly fidgety and unsettled at low-to-moderate speeds, but the suspension deals with big bumps better than it does small ones, and the ride flattens out at higher speeds, so it’s comfy on the motorway. It should be noted too that the only GLAs we’ve driven so far have been AMG Line cars that have a lowered suspension, so cars on standard suspension settings might well be comfier.

And on the plus side, the sportier suspension does result in some pretty tidy handling. Body roll is neatly contained as you change direction for a crisp, agile feel, and there’s also lots of grip to call upon. The steering doesn’t offer you much in the way of feedback, but it’s pretty responsive and it has a nice meaty weight to it.

Up front there’s the lofty driving position that’s becoming of an SUV, stacks of luxury kit, and an array of digital screens that make the cabin feel hi-tech and sophisticated. The impressive quality of the materials and assembly helps on that score, too, moving the GLA much closer to its best rivals for poshness, those being the Audi Q2, Audi Q3, BMW X1, BMW X2 and Volvo XC40. 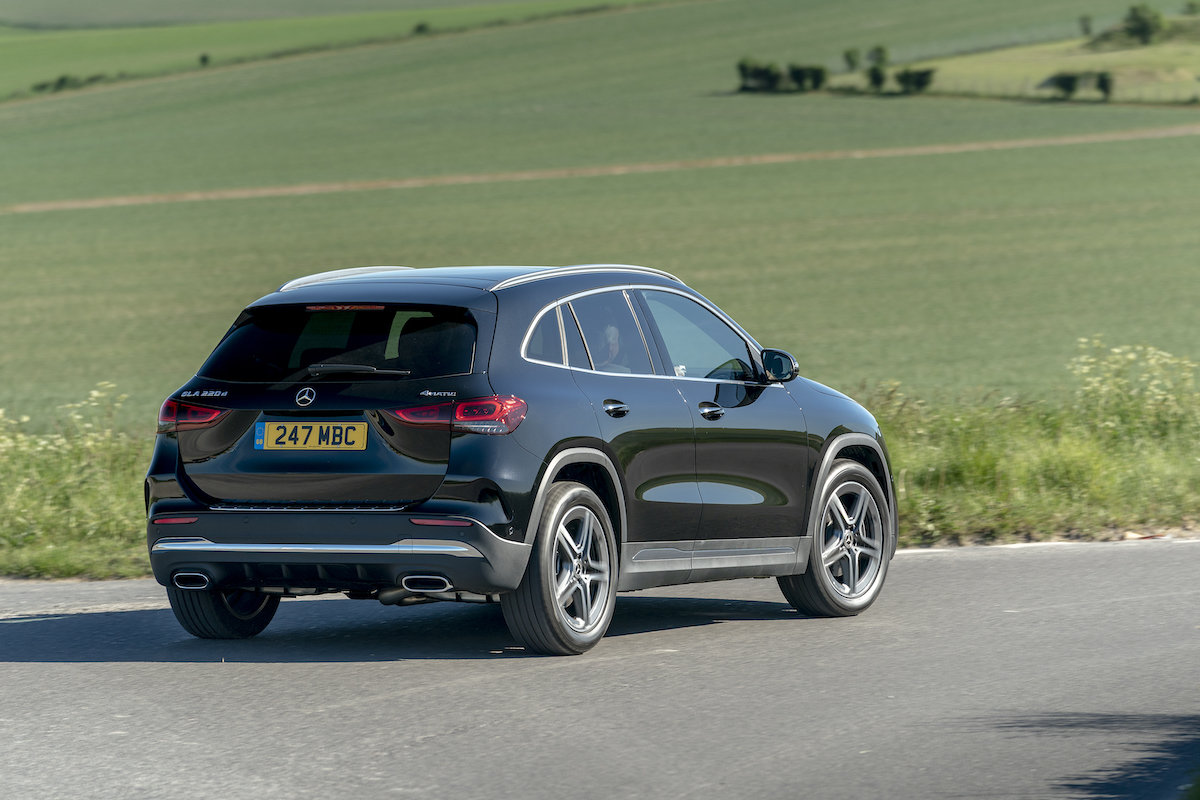 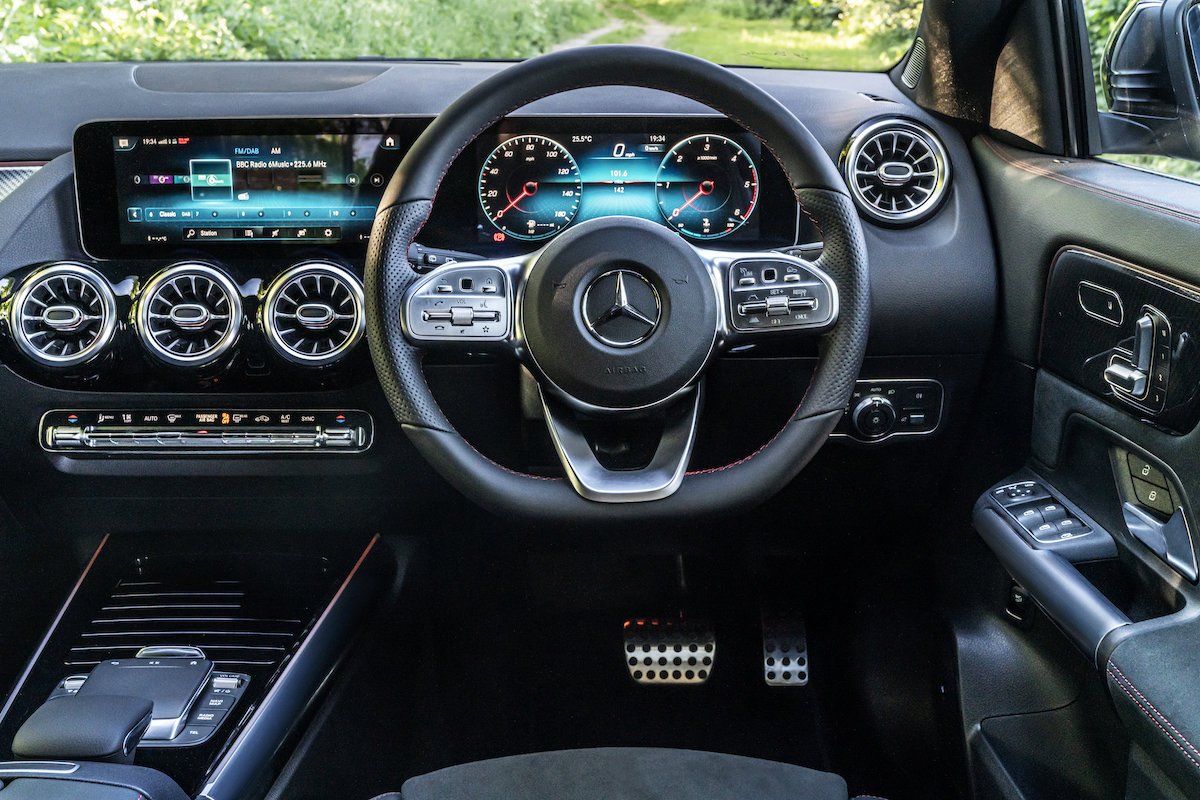 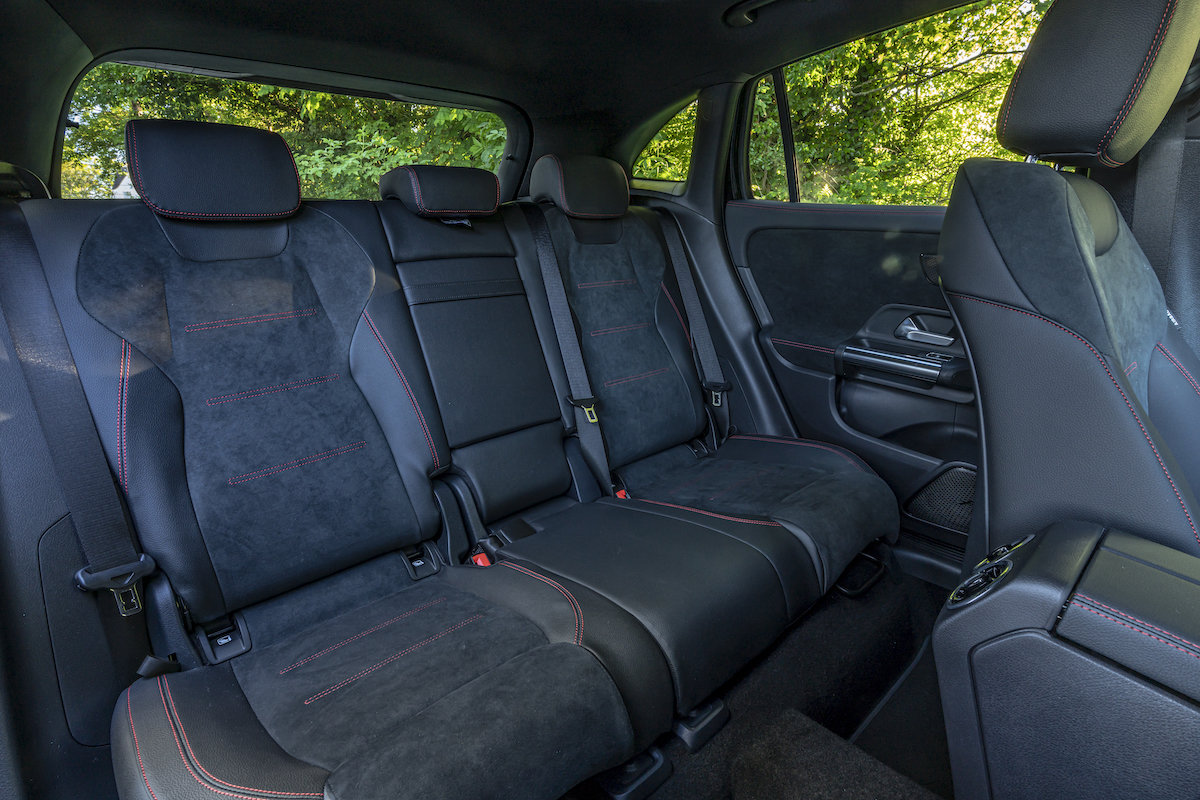 You wouldn’t expect any Mercedes to be cheap, and the GLA really isn’t. To give you some idea, prices start at upwards of £30,000 for brand new examples, and if you switch from the bottom of the range to the top, then the most expensive GLA 45 version costs upwards of £65,000. Yikes. More crucially, prices also look steep when you compare them model-for-model with those of the Audi Q3 and BMW X1, so if you fancy a GLA, make sure you’re willing to pay more for it than you will for these two very talented alternatives.

All three cars are likely to depreciate at roughly the same rate, so the price differences between used examples will probably be proportional. However, because this version of the GLA hasn’t been around for all that long, used prices haven’t had a chance to come down all that far yet.

For buyers of brand new GLAs, your first-year road tax bill (which you probably won’t notice as it’s rolled up into your car’s on-the-road price) will probably range between £215 and £540. The exceptions are the GLA 250 models, which will cost £870, and the high-performance Mercedes-AMG versions, which will cost either £870 or £1,305. After that first year, versions that cost less than £40,000 when new will cost you £150 per year in vehicle excise duty (VED), while versions that cost more than that threshold will be subject to an additional £325 surcharge for a five-year period, bumping your annual tax bill to £475. Generally speaking, it’s the Mercedes-AMG versions, a handful of the diesels and PHEVs and a couple of the highest-spec petrol cars that bust that barrier. But bear in mind that prices of many of the other versions hovered pretty close to that threshold, and adding a few optional extras could easily have tipped them over, so it’s always worth a quick internet search to see what the tax situation is with any car you consider buying.

The cheapest, least powerful GLA lies in insurance group 24 of 50, so expect fair-to-middling premiums on that one. The groupings for other versions gradually climb as you add more spec and speed, with the GLA 45s climbing up as far as group 44. Again, yikes.

Where fuel economy is concerned, the diesels will be the best choices for high-mileage drivers, with the 200d returning an official average of around 53mpg. That drops down to around 50mpg when fitted with 4Matic four-wheel drive, and the figure is similar for the 220d. Depending which of them you pick and the spec of the car you pair them with, the petrol engines return official figures of between 37mpg and 41mpg. And because these are the latest WLTP figures, which are designed to be more representative of real-world conditions than older NEDC ones, you might actually have a fighting chance of getting somewhere close. The exception is the GLA 250e, because plug-in hybrids always do ludicrously well in these tests, and an official figure of more than 200mpg proves that. Basically, if you spend all your time running around on electric power alone, you’ll use no fuel whatsoever, but if you regularly call on the petrol engine, you’ll use lots; probably more than in any of the other versions because you’ve got the extra weight of the various batteries and motors to haul around with you. 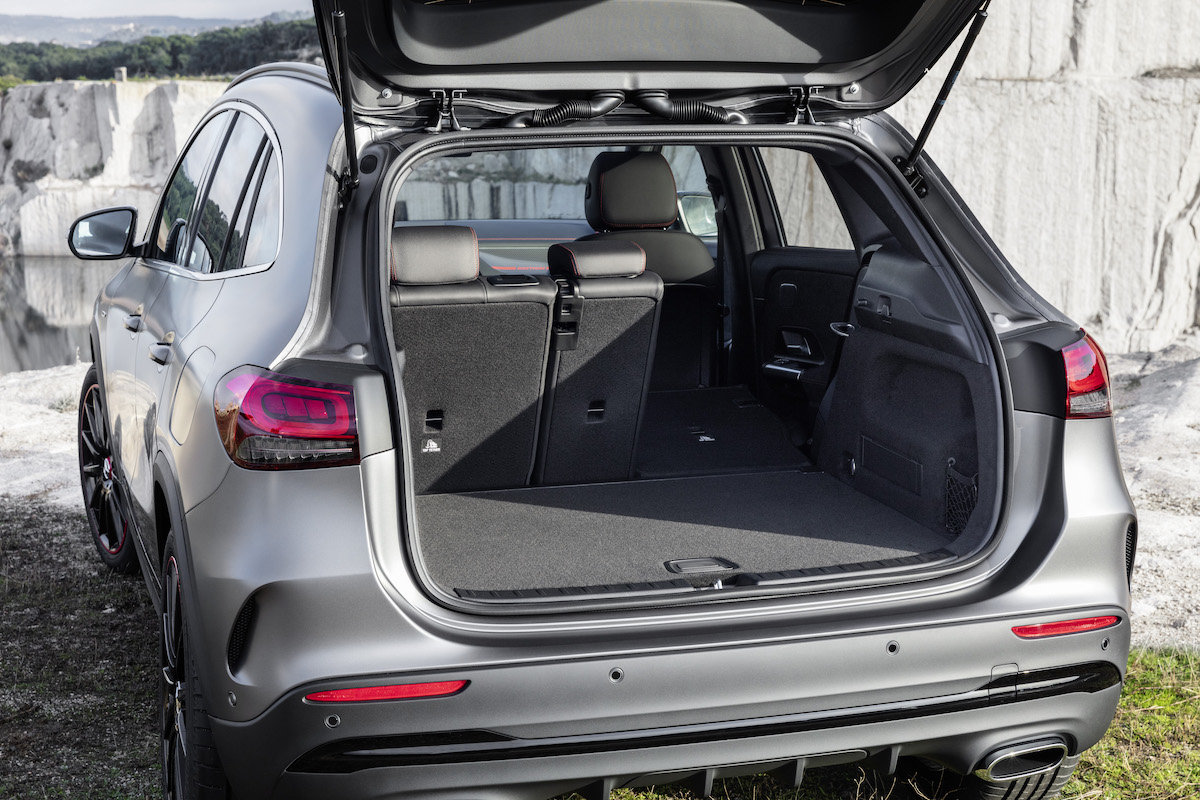 The second-generation GLA was only released at the beginning of 2020, which isn’t all that long ago, so meaningful reliability data on the car is still very thin on the ground. What’s more, the A-Class on which it’s based isn’t a whole lot older, so there aren’t many clues to be found there, either. All that means that at the time of writing it’s tricky to accurately assess how reliable the car will be.

Having said that, Mercedes’ recent performances in various reliability surveys might not instil much confidence in you. You might think that a premium badge entitles you to faultless dependability – why else would you spend all that extra cash? – but sadly, it really doesn’t work like that. Take a look at the manufacturer standings of the 2019 JD Power UK Vehicle Dependability Survey, for example, and you’ll find Mercedes, Jaguar, Audi and BMW all nestled down at the bottom end of the table, all way behind the industry average. Although, in fairness to Mercedes, the German brand did perform the best out of this sorry bunch. Meanwhile, a quick glance at the 2020 What Car? Reliability Survey shows you that Mercedes placed just 26th out of the 31 carmakers included in the study, and below its above rivals.

It’s not all bad news, though. Because the second-generation GLA is so young, all examples – provided they’ve been serviced and maintained within the Mercedes dealer network – will still be covered by the original three-year, unlimited-mileage warranty. That’s the same sort of arrangement that BMW gives you, and better than the three-year, 60,000-mile cover you get from Audi. The warranty cover can also be extended if you’re willing to pay extra. 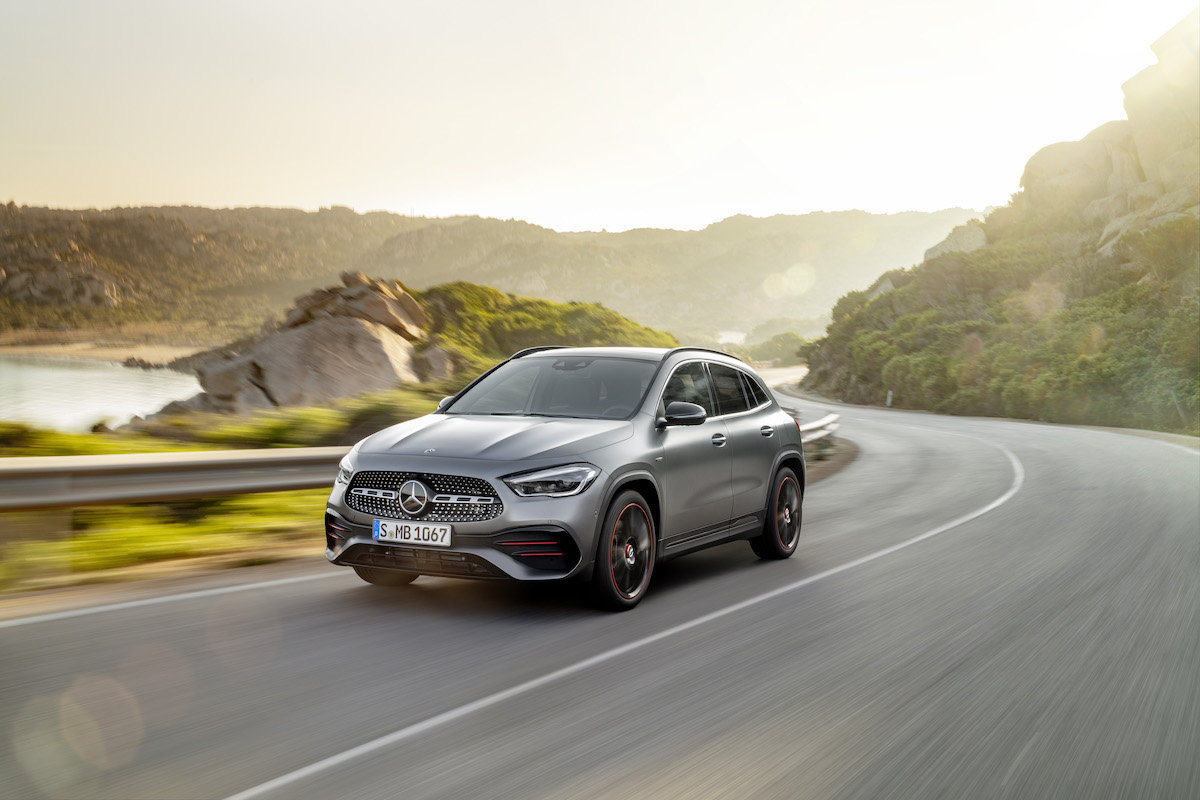 The original Mercedes GLA was a huge success despite some fairly fundamental flaws, but the second-generation car is a vastly superior offering that deserves to be a hit because of its qualities, rather than in spite of them.

The styling is now plausibly SUV rather than jacked-up hatchback, and chunkier dimensions also translate into more interior space and a bigger, more versatile boot space. Cabin quality is as good as pretty much anything else in the class, and the elevated driving position and generous luxury kit fitted to all versions also help you feel like you’re living the high-life.

The driving experience is also much more competitive than before. The cars we’ve tried still feel a bit fidgety at low speed, but the ride is nevertheless comfortable enough and the GLA also handles fairly sharply. The engines range from sensible to sensational, and everything in between, and most of them do a good job on economy.

Where the GLA really marks itself out against its rivals, though, is the captivating cleverness of its super-slick infotainment system. Tech-heads will be sold immediately, and it’s likely that most other people will follow not long after.

Search for a Mercedes-Benz GLA on CarGurus