Hybrid cars have become a bridge between the old world of petrol or diesel engines and the emerging world of electric vehicles. We live in an era of increasingly stringent emissions regulations, and the combination of carrots and sticks is clearing our path to electrified enlightenment.

However, battery electric cars can still be expensive, and infrastructure across the country is fragmented and sometimes unreliable. An electric car may not yet be right for everyone, but hybrid cars can provide a logical first step towards it, and there are plenty of examples on the used market that can be picked up for less than £10,000 – or even under £5,000.

What is a Hybrid Car?

A hybrid car uses electricity stored in batteries and fuel stored in a tank to drive the car. Think of a hybrid car, and you'll probably picture a Toyota Prius. The Prius pretty much invented the segment and is known as a parallel hybrid or a self-charging hybrid: it has an internal combustion engine, a battery and an electric motor. It can run on the motor, the engine or a combination of the two, usually via a CVT gearbox.

Other types of hybrid include plug-in and mild hybrids. To find out more about these types of powertrain, read our guide: Should I Buy a Petrol, Diesel, Hybrid or Electric Car?

The Advantages of Buying a Used Hybrid

The cost of ownership associated with running a hybrid should be lower than those of a petrol or a diesel car, but it's important to remember that hybrids don’t like to be hustled. They deliver the best fuel consumption figures in towns and cities, and at relatively low speeds.

Most hybrid cars are ULEZ compliant, so you probably won't have to pay the latest emissions-busting fee to drive in Central London. There are no charging issues with a hybrid, either. There’s a fuel tank that you fill up at the petrol station and, unless it’s a plug-in hybrid, the batteries recharge themselves on the move. In fact, driving a hybrid will feel like driving any conventional automatic car.

The Disadvantages of Buying a Used Hybrid

Hybrid car drivers will still have to pay London's Congestion Charge, which is separate from the ULEZ, because hybrid cars do not produce zero emissions. Hybrids also tend to be better suited to town and city driving, where the electric motors are at their most effective. On the motorway, a diesel car will be better for fuel economy. Bear in mind that battery packs are also very heavy, and hybrids are almost always set up with economical driving styles in mind, so they don’t tend to be much fun to drive.

Buying a Used Hybrid: the Pitfalls

Will old batteries hold their charge like a battle-scarred iPhone 5? Will the battery pack cost a fortune to service? What does long-term reliability look like? Don’t panic. The same rules apply here as to buying any other used car: find one at a trusted dealer in good condition and with a regular service history and you shouldn’t go far wrong.

It’s worth noting that Lexus and Toyota have sold more than 12 million hybrids since 1997, and they perform consistently well in reliability and customer satisfaction surveys. Manufacturers are increasingly covering hybrid technology with separate, longer warranties to alleviate buyers' concerns. Where a typical car warranty could be between three and five years, a battery warranty could last anything up to 15 years, underlining the confidence manufacturers have in the technology. As such, it is always worth asking if any battery warranty remains when buying a used hybrid.

Plenty of manufacturers now sell new cars with hybrid technology, including Volkswagen, Land Rover, Kia, Hyundai, Nissan and Renault. However, wind the clock back a few years and the choice of models and manufacturers was narrower, but a quick search on CarGurus UK will reveal a number of early hybrid models that can now be yours for less than £5,000. Here are some of our favourites. 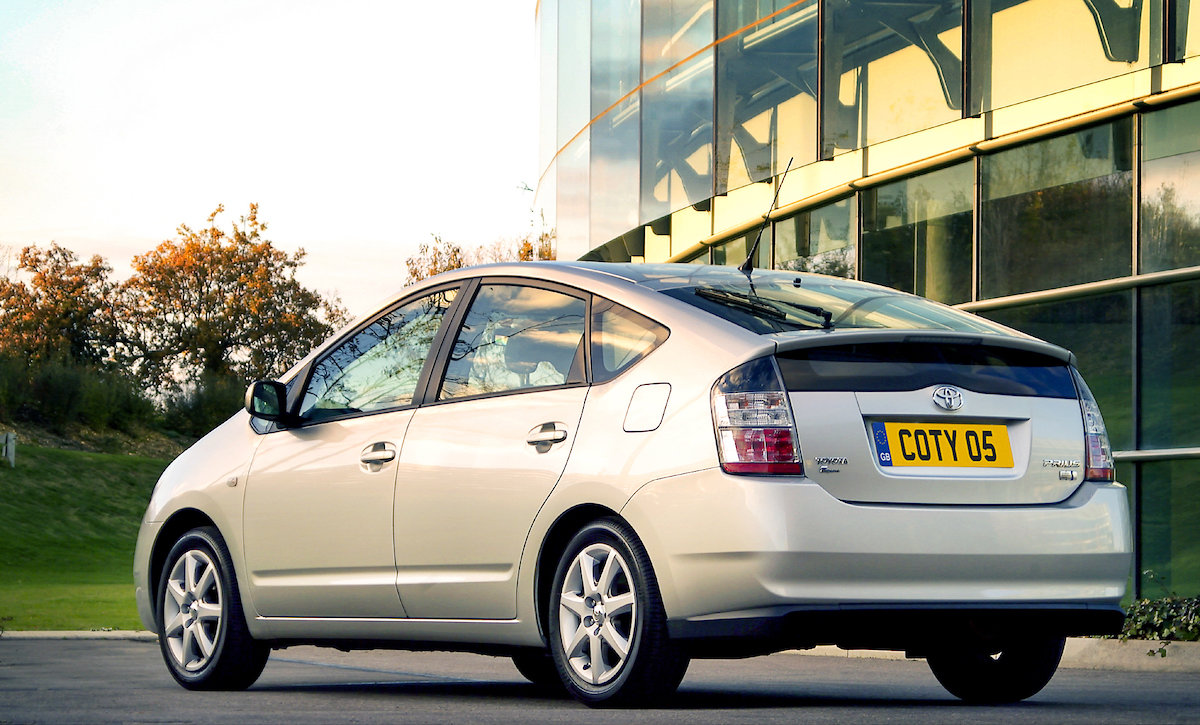 The Prius started the hybrid upheaval more than two decades ago, and there are now lots of used options available, if you’re prepared to deal with the Uber jibes. Just remember that Uber drivers use the Prius because it is economical and extremely reliable.
Search for a used Toyota Prius on CarGurus 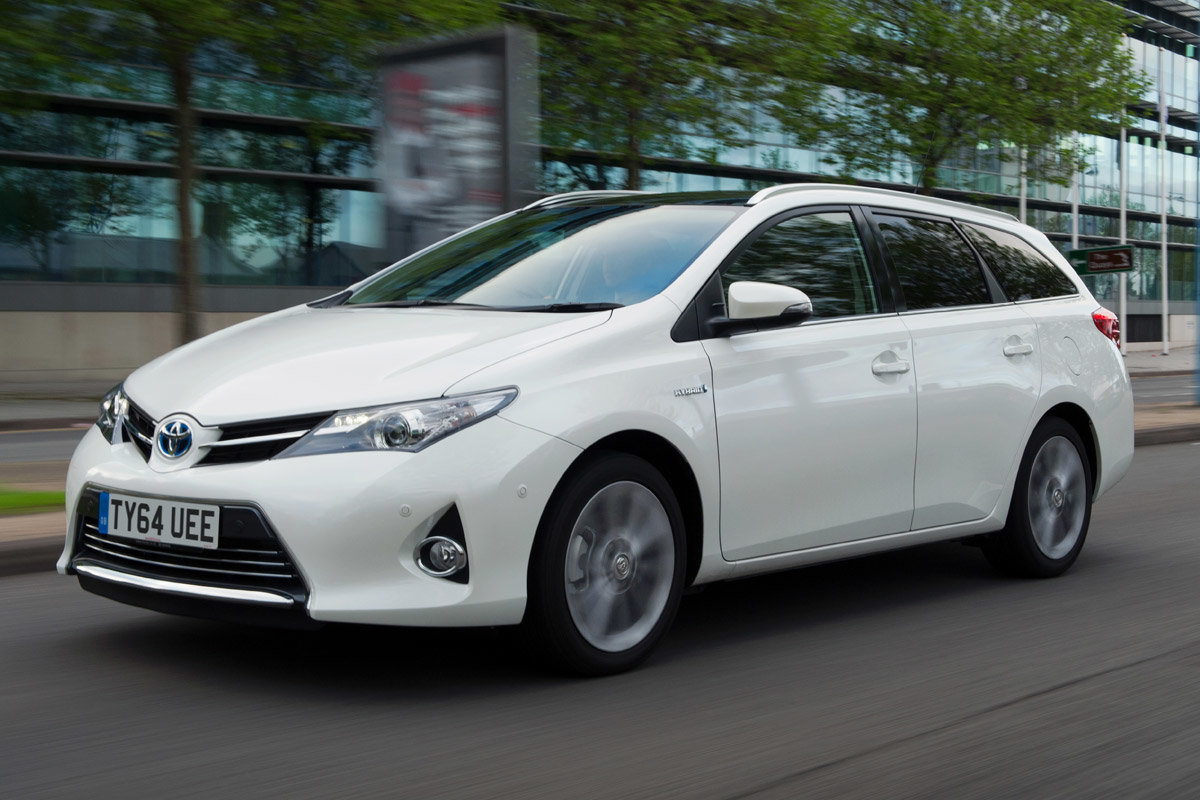 The Auris – the predecessor to today's Corolla – shares its underpinnings with the Toyota Prius, but wears more conventional styling. Not exactly one for thrill-seekers, but not everybody wants to drive around in a motorised billboard for the hybrid life.
Search for a used Toyota Auris Hybrid on CarGurus 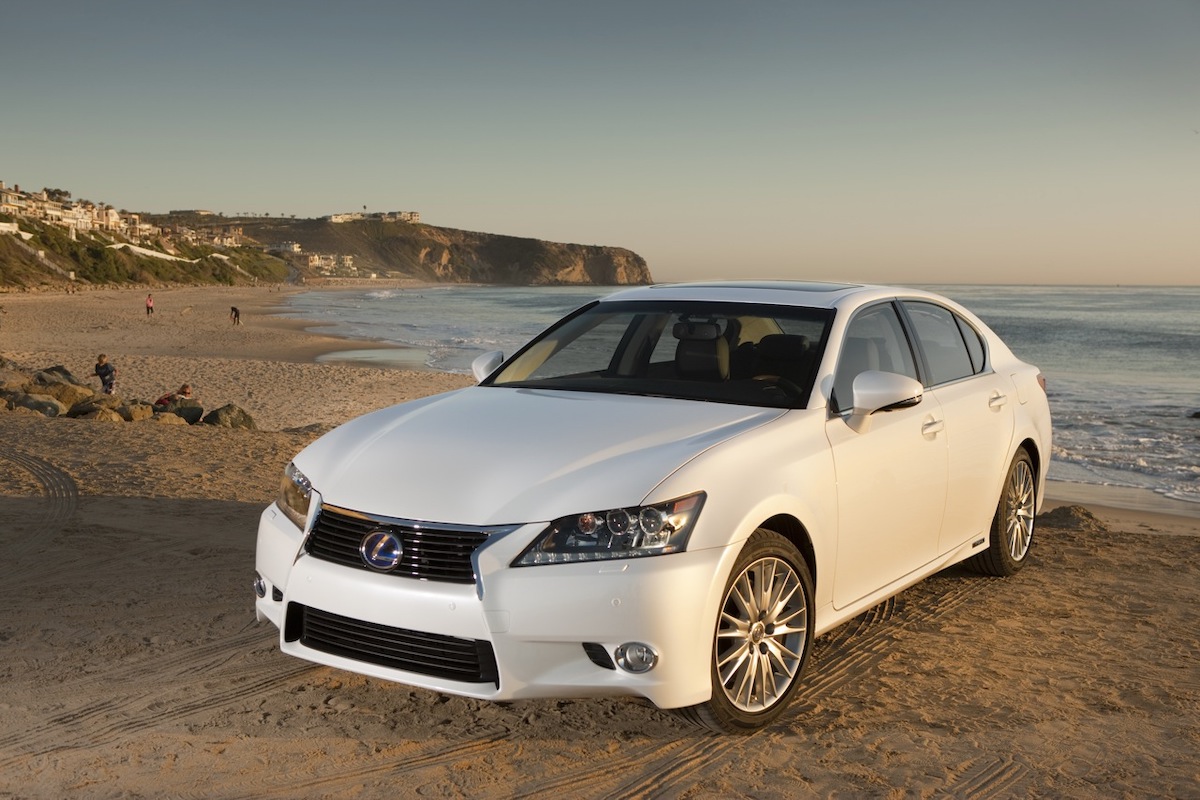 This smooth, quiet and refined saloon car is impeccably well built and charming, in a traditional sort of way. It still feels like business class in the back, too. Don't expect an impeccable low-mileage example at this price, but given Lexus's reputation for building robust cars, it should still feel pretty fresh.
Search for a used Lexus GS450h on CarGurus 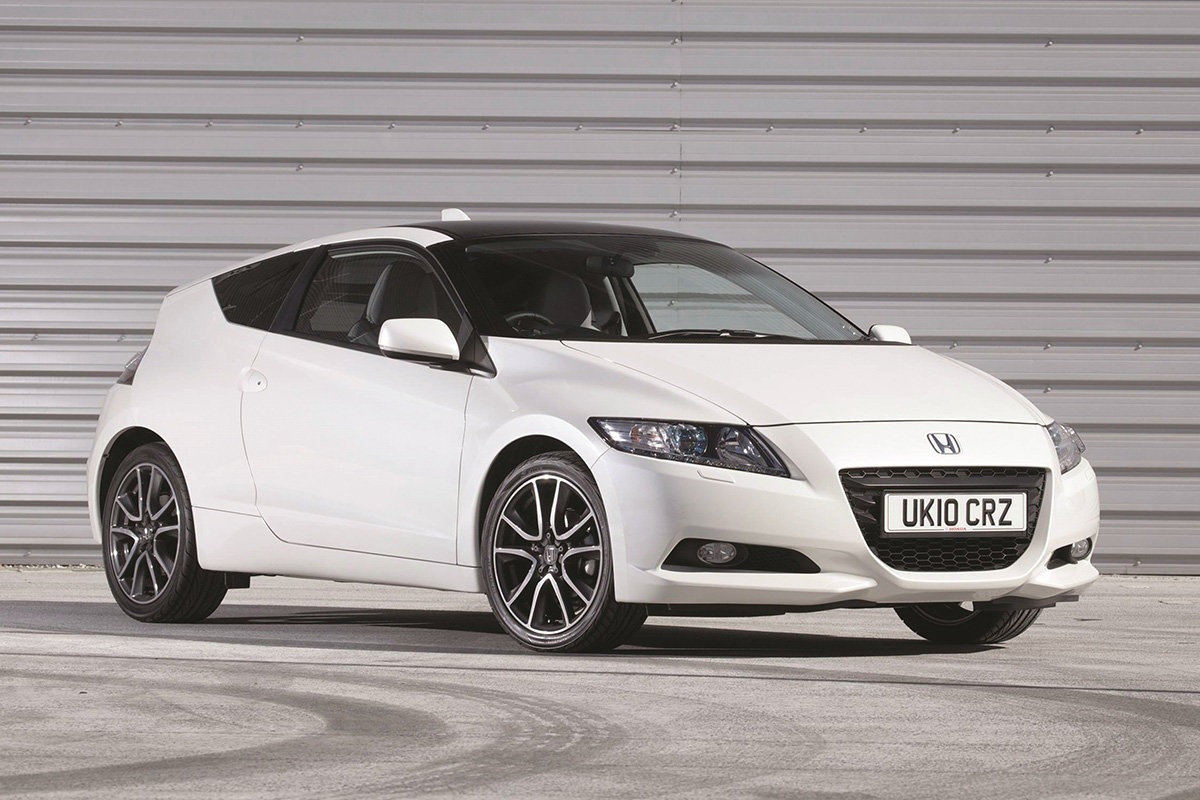 The CR-Z is a sporty two-door hybrid. It's quite fun to drive and, unusually for a hybrid, has a manual gearbox, which keen drivers will like. It’s stylish enough to stand out and a rare sight on UK roads, which adds to the exclusive appeal.
Search for a used Honda CR-Z on CarGurus 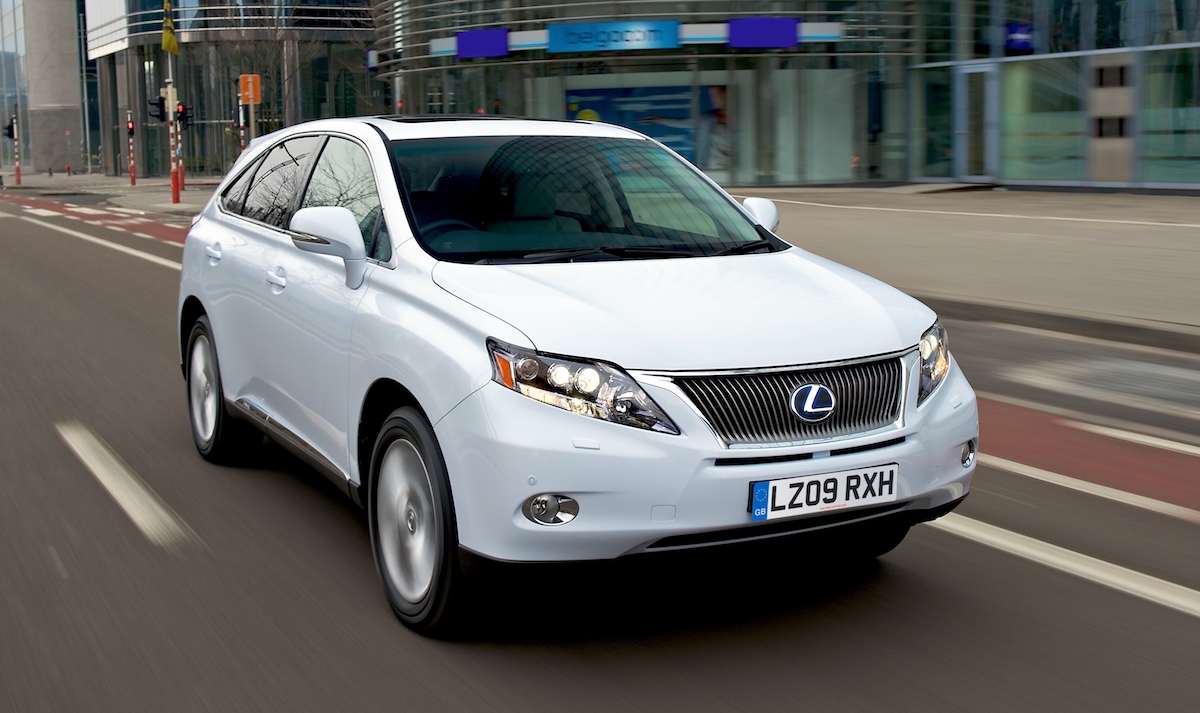 Like most 4x4s, the Lexus RX400h has evolved to be more comfortable performing the school run than swimming in mud, but it’s quiet, spacious and refined. It's also sophisticated, feelgood family transport that belies its age.
Search for a used RX400h on CarGurus 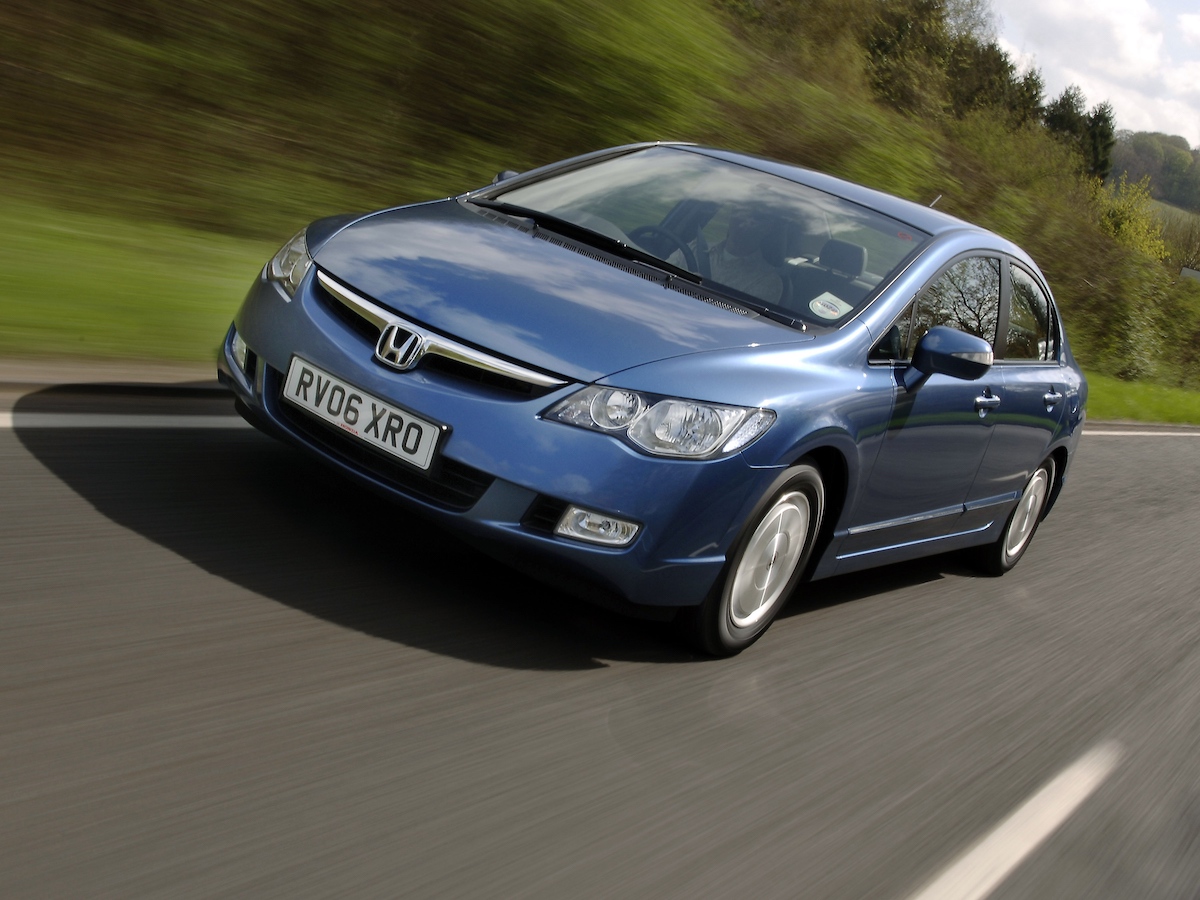 Honda has been building hybrids for as long as Toyota, so it's a true pioneer of the technology – which is why you’ll find so many in our list. The Civic IMA was Honda’s first attempt at a mainstream hybrid family car, and although it’s only available as a saloon, it's still a very cheap way into hybrid motoring. Plus, because it’s a Honda Civic, reliability is unlikely to be an issue.
Search for a used Honda Civic IMA on CarGurus 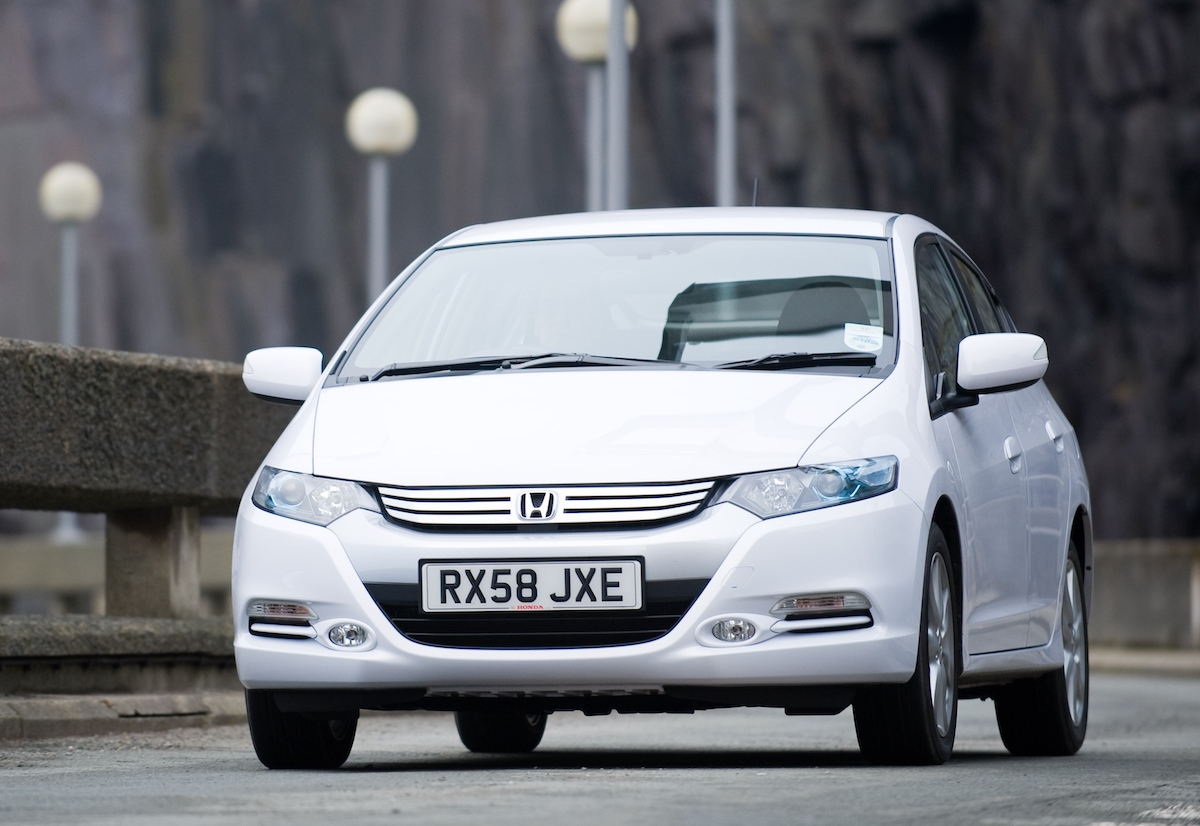 The Insight is the car that replaced the Civic IMA, and its more practical hatchback body style helped it win more sales from the Toyota Prius than the Civic IMA managed. It’s newer than the Civic, so it’s a little tricky to find one that drops below the £5,000 mark – but they are out there if you look hard.
Search for a used Honda Insight on CarGurus

If your budget stretches to £10,000, you’ll find a broader choice of hybrid models, including some larger cars and even plug-in hybrid tech. Here are some of our favourites. 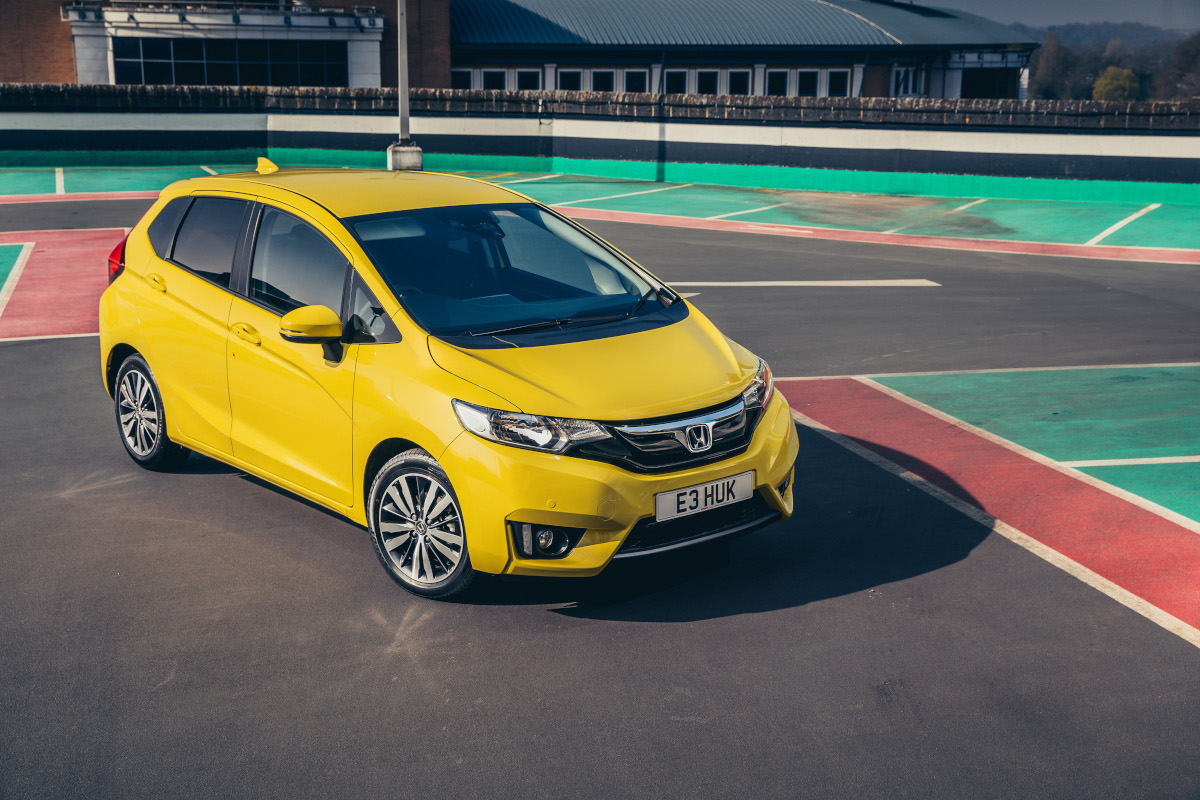 Few cars are as magnificently flexible as a Honda Jazz. Fold all the seats flat and it’s like a van inside, fold the rear seat bases up and it will accommodate surprisingly tall objects, or just keep the seats as they come and enjoy a practical, reliable and spacious car. It's as close to a Tardis as you'll get without breaking the laws of physics.
Search for a used Honda Jazz Hybrid on CarGurus 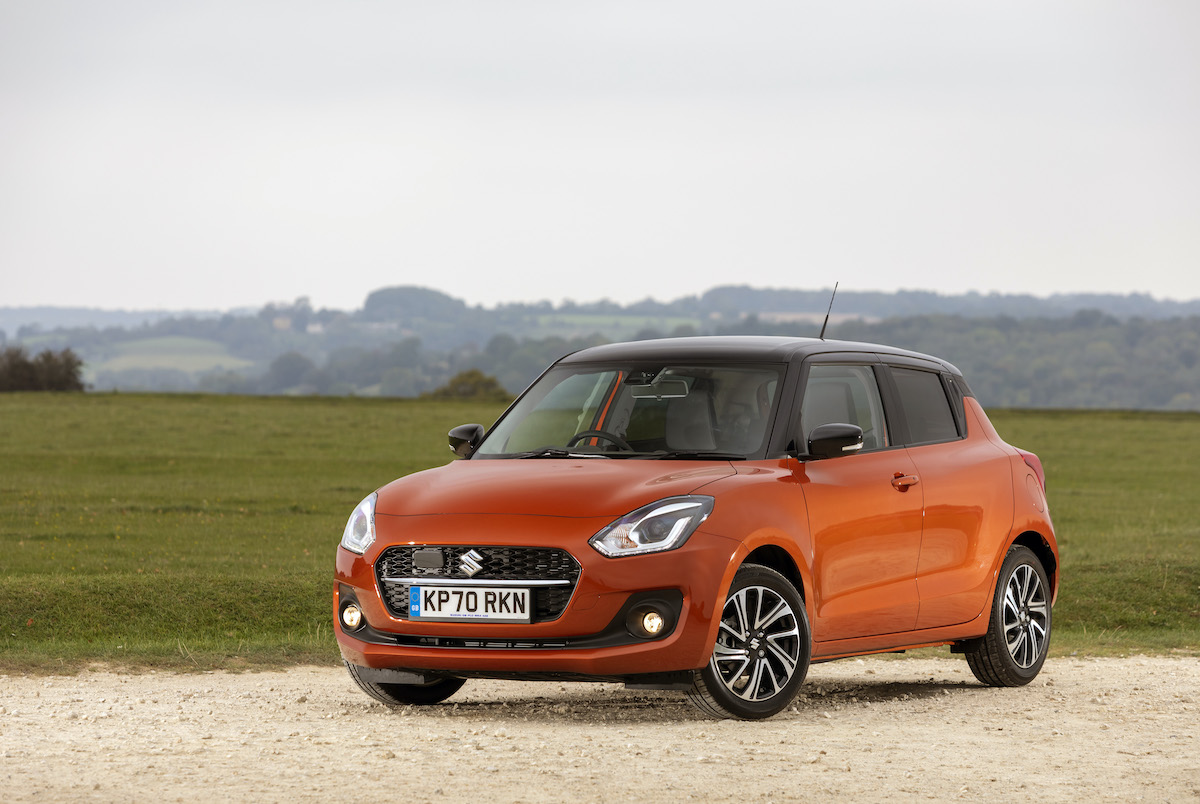 The Suzuki Swift is a mild hybrid, which means its electric assistance doesn’t come from a separate motor, but via a 12-volt integrated starter/generator/alternator. This gathers kinetic energy while you’re on the move, and gives the car a little power boost when it's accelerating, which also makes it more efficient.
Search for a used Suzuki Swift on CarGurus 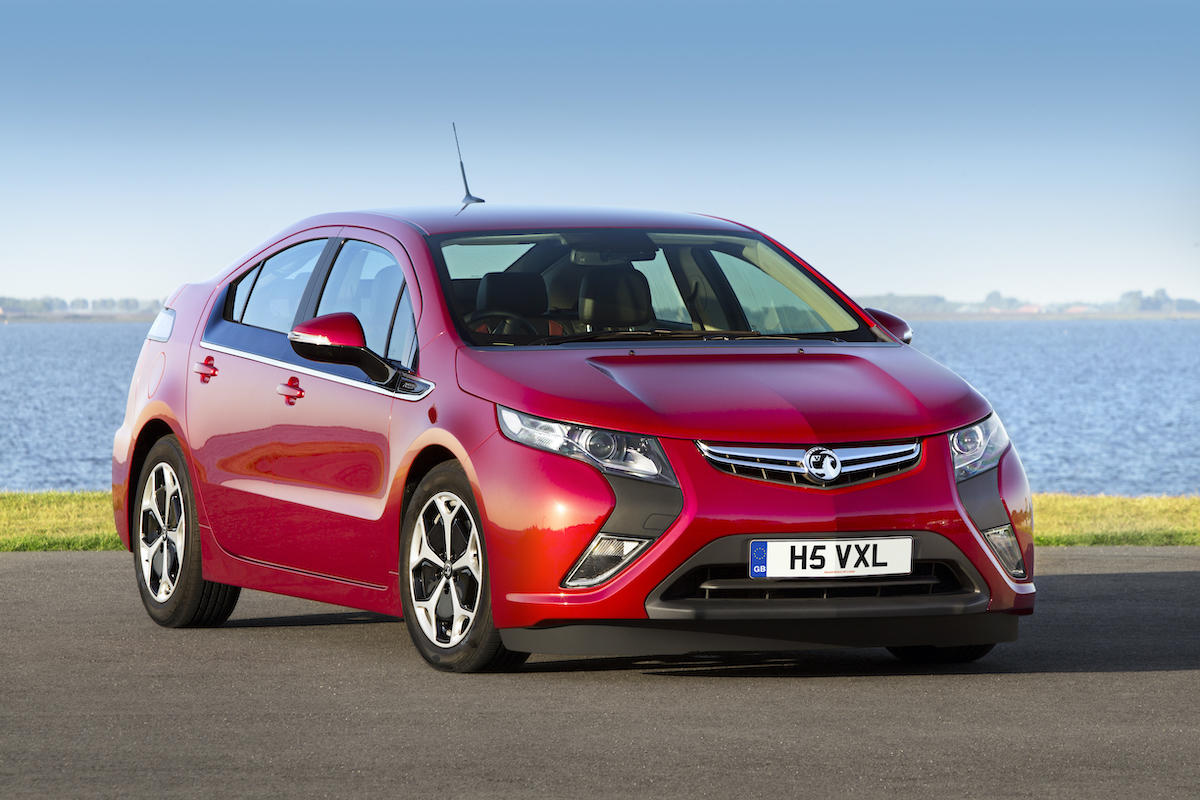 The Vauxhall Ampera still feels like it's from the future, even though the earliest versions arrived in 2012. It has a digital driver’s display instead of a conventional speedo, a large pop-up central screen and aero-friendly alloy wheels. These are often standard fare on modern cars, but they were far more avant-garde in the early 2010s. Unlike most hybrids, this car is always driven by its electric motor, and the 1.4-litre petrol engine acts as a generator. It’s also a plug-in hybrid, so you can hook it up to the mains to give you all-electric motoring without troubling the petrol engine.
Search for a used Vauxhall Ampera on CarGurus 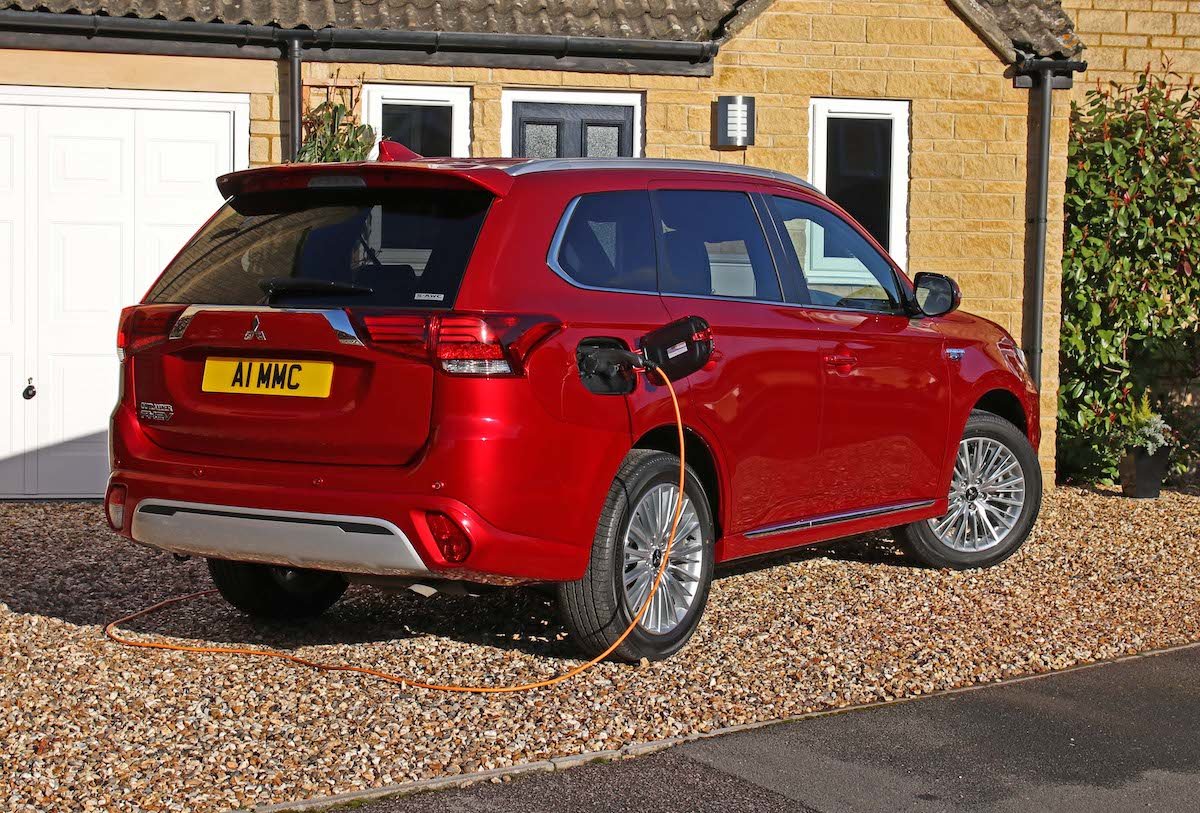 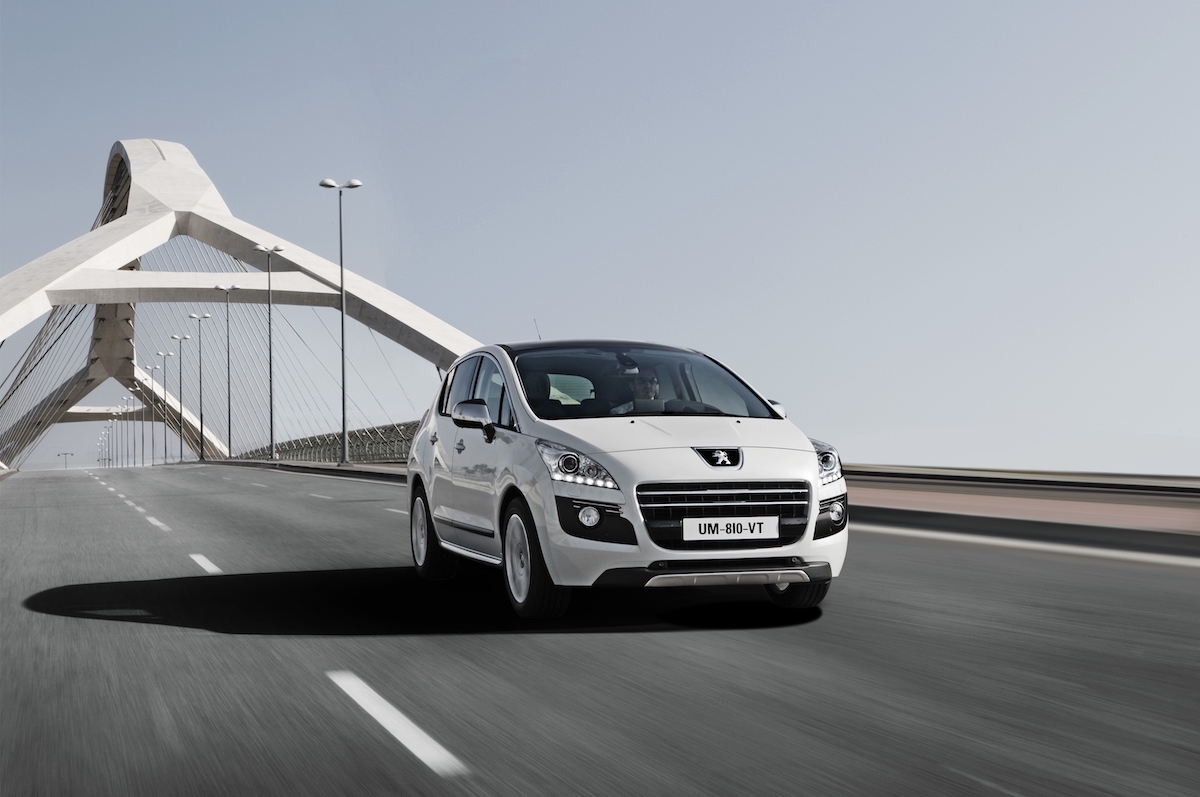 The Peugeot 3008 e-hdi has a diesel engine that powers the front wheels and an electric motor to drive the rear axle. This made it the world’s first mass-produced diesel-electric hybrid (also seen in some Citroen models). Although the popularity of diesel as a fuel type has waned dramatically in recent years, its fuel economy benefits are even more pronounced when you add hybrid technology to the mix. If you want a hybrid daily crossover that really makes the most of its MPG, the 3008 e-hdi is an interesting choice.
Search for a used Peugeot 3008 e-hdi on CarGurus 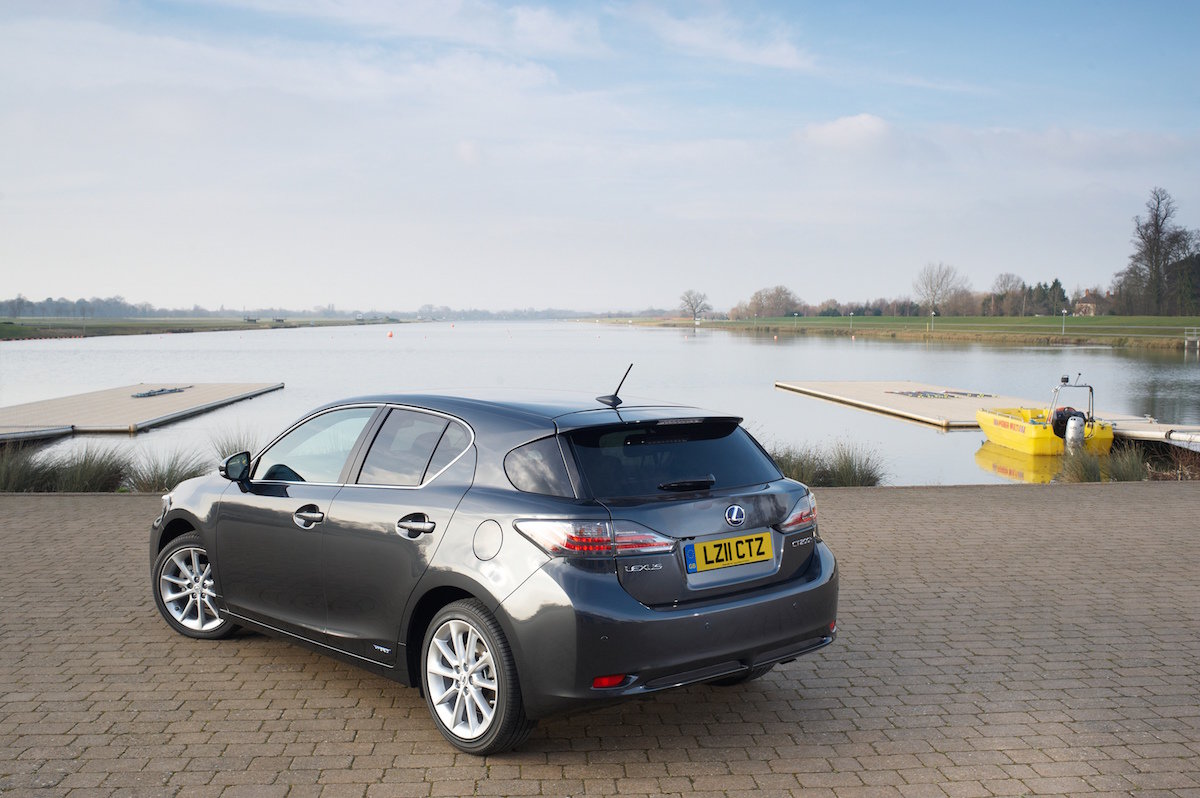 The CT200h brought hybrid motoring to the premium hatchback market for the very first time. If you want maximum fuel economy from your posh hatchback at this price point, you don't need to go for a diesel-powered Audi A3 or BMW 1 Series; you could take the Lexus route instead.
Search for a used Lexus CT200h on CarGurus 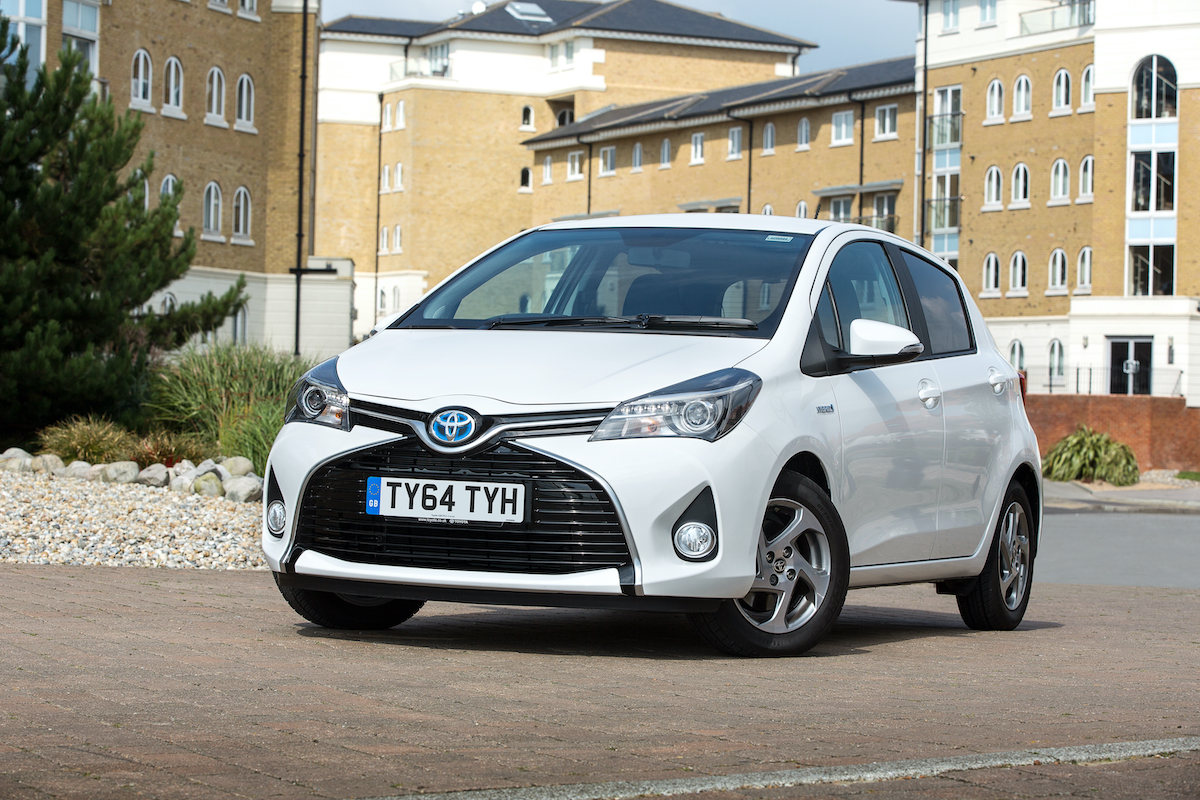 It may be a budget supermini, but you don't miss out on gadgets with a Toyota Yaris. You still get all the mod-cons such as Bluetooth, cruise control, sat nav and air-conditioning, plus that electric assistance to the little VVT-i petrol engine, which generates peppy performance as well as impressive fuel economy.
Search for a used Toyota Yaris hybrid on CarGurus 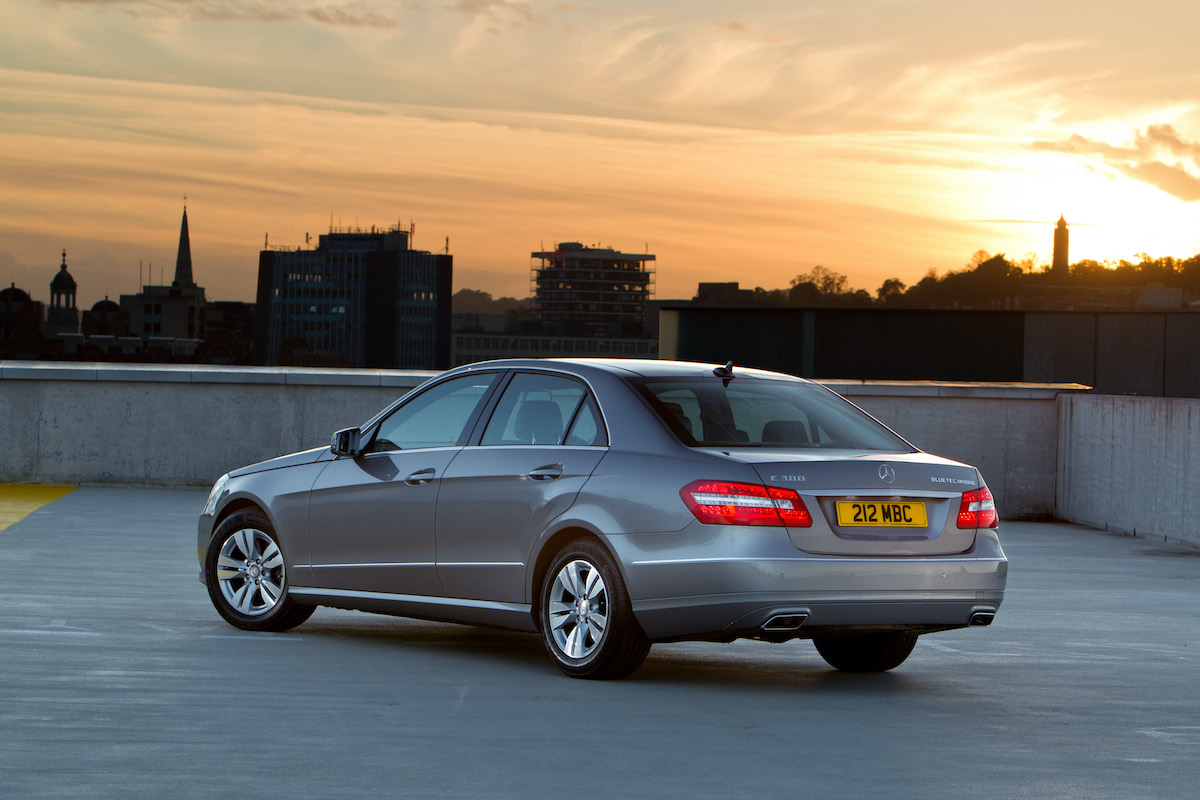 Mercedes joined Peugeot, Citroen and Volvo in developing diesel-electric hybrids and, as a result, the big E-class E300 BlueTec Hybrid can perform the high-speed motorway cruising duties you expect of a big upmarket German saloon, while returning fuel economy of more than 60mpg, which is quite a party trick. The electric motor gives it hearty performance, too.
Search for a used Mercedes E300 on CarGurus

by Matt Rigby
The content above is for informational purposes only and should be independently verified. Please see our Terms of Use for more details.