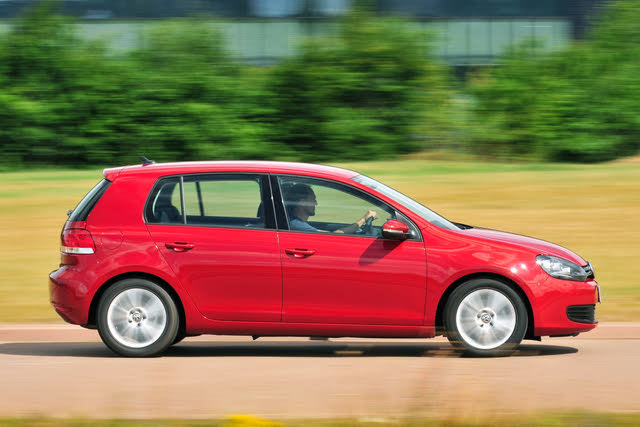 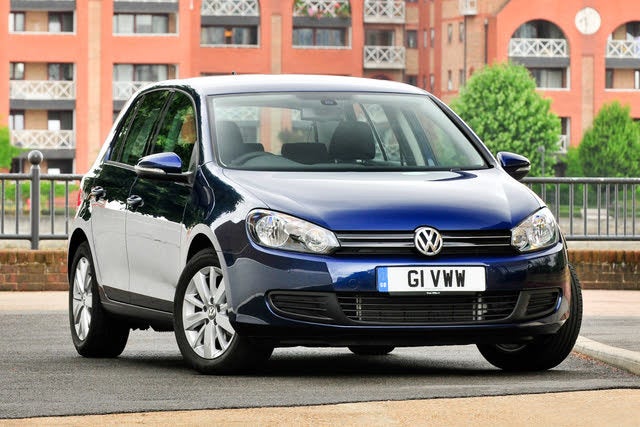 For decades the Volkswagen Golf has been the hatchback of choice for those seeking dependable, reliable, well-made, comfortable transportation. When the Golf mk6 arrived on British shores in 2009 it continued the good works of it forebears. Although effectively a hearty facelift of the Golf mk5, the new Golf was even quieter and more refined, and the quality (if not the design) of its interior fittings was significantly improved. 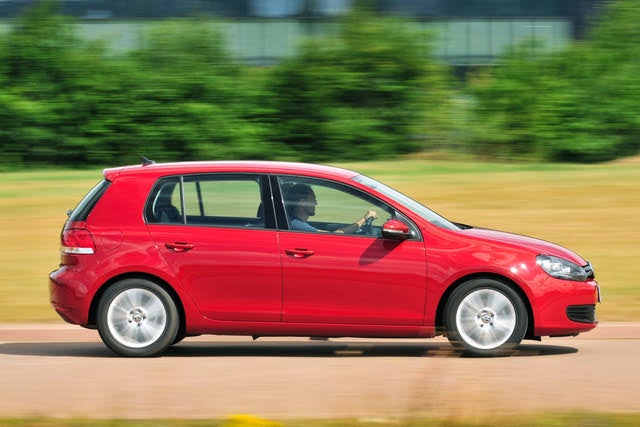 Throughout its production life the Volkswagen Golf mk6 was fitted with a broad range of sophisticated and efficient petrol and diesel engines, most of them turbocharged, one of them, the 1.4-litre TSI, turbocharged and supercharged, also know as twin-charging. A BlueMotion version of the 1.6-litre TDI diesel engine brought with it the prospect of super-low emissions and 75mpg, while at the other end of the scale 2010’s all-wheel drive Golf R was punched along by a turbocharged 2.0-litre producing 266bhp.

Generally mk6 Golfs are refined to drive with low noise levels and a reserved demeanour; they ride well, have an adequate amount on interior and boot space, and are a ‘sensible’ choice. If you want your mk6 to feel exciting, then best you look towards the GTI and R models.

But not everything is rosy in the mk6’s garden – some models were caught up in the ‘Dieselgate’ scandal, for instance. In this review we'll point out potential pitfalls, as well as the good things about the Volkswagen Golf mk6. 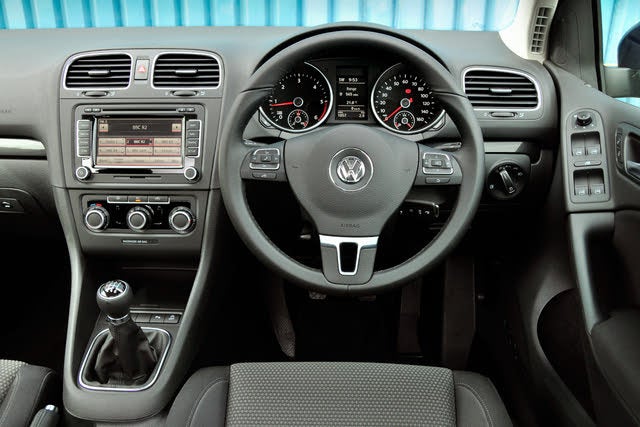 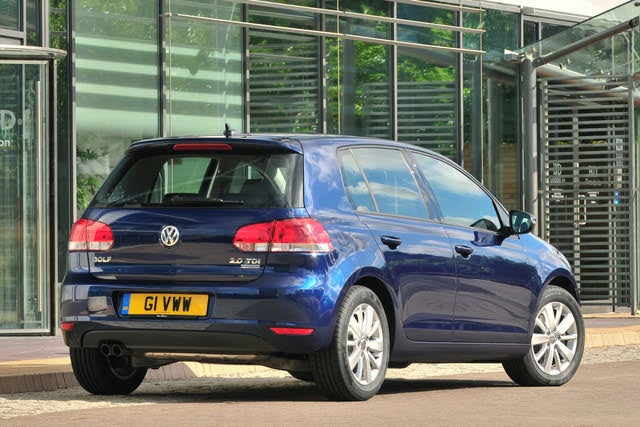 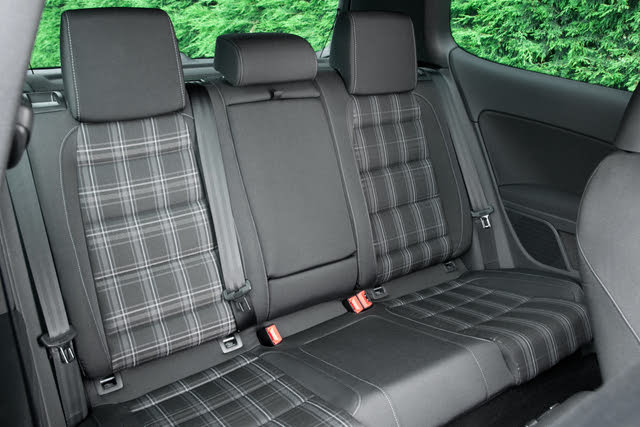 The running costs of a mk6 Golf are very dependent on you finding an example that has already had key issues sorted out by the previous owner under warranty (or not) – see our Common Problems section for examples of what to ask about. Some of these problems can lead to engine failure and that generates bills running into thousands of pounds.

Fuel economy on most models is excellent, both petrol and diesel, and BlueMotion versions can return extraordinarily parsimonious figures when driven gently: up to a genuine 75mpg. Additionally, the 1.6 TDI BlueMotion is exempt from annual Vehicle Excise Duty, while the regular 1.6 TDI is £30 a year to tax. The fuel economy of many other models (and therefore emissions) mean that yearly tax costs are comparatively modest.

Volkswagen has its own fixed-price servicing plans, and although seeking out a marque specialist will undoubtedly bag you a better deal, the main dealer costs perhaps aren’t as expensive as you’d think. A minor service is advertised at £179, while a major one costs £349. There are conditions attached to these service plans, so read up beforehand.

Despite some of the issues the mk6 suffers from – and which you can read in the section below – the Golf’s reputation for dependability serves it well on the used market and depreciation generally isn’t as much as concern as it is for some rivals. You’ll be paying a premium for buying your Golf in the first place, but chances are you’ll receive a premium when selling it. 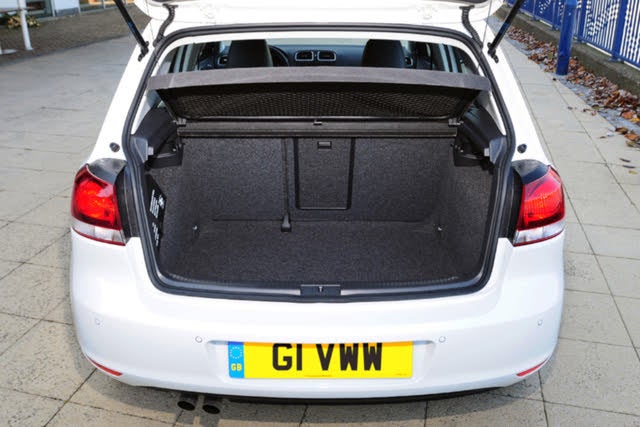 A major issue for the mk6 was the reliability of the dual-clutch automatic DSG gearbox. In the six-speed version a software glitch could cause the car to lose all forward propulsion, while with the seven-speed derivative VW discovered that the synthetic oil it was filled with in the factory was causing failures: a switch to a mineral oil was part of a recall that then insisted the oil was changed every 40,000 miles – it’s worth checking that this has been done on the car you’re looking at, as the gearbox replacement costs run to several thousand pounds.

Diesel particulate filters are known to clog if the car is used only for short trips, and there have been many cases of the exhaust gas recirculation (EGR) cooler failing, at great expense: there are several recorded instances of this happening after the car in question was recalled for the NOx ‘fix’ required in the wake of the ‘Dieselgate’ scandal. Some 1.4 TSI petrol engines suffered cracked piston crowns and broken piston rings, while early examples of the 2.0-litre turbocharged GTI were plagued with poorly manufactured cam chains and tensioners – ensure the one you’re after has had an updated tensioner fitted.

Of less consequence, yet still annoying: very early mk6s of all varieties had a problem with their multimedia systems connecting to – a limited number of – mobile phones via Bluetooth: there is a fix from VW but it’s £500.

Realistically, any serious faults with a mk6 Golf should already have been sorted out by now, either under warranty or at the previous owner’s expense. But check the service records and other invoices diligently to make sure remedial work has taken place, especially on cars fitted with the DSG automatic gearbox.

Conservative choice though it may be, a mainstream Golf represents mid-level motoring at its refined and well-executed best. And while most of the range will maintain your pulse rate at an unremarkable level, the GTI and R versions are held in high regard by thrill-seeking sports car aficionados.

GuruM14G I gather you are very helpful to elderly people