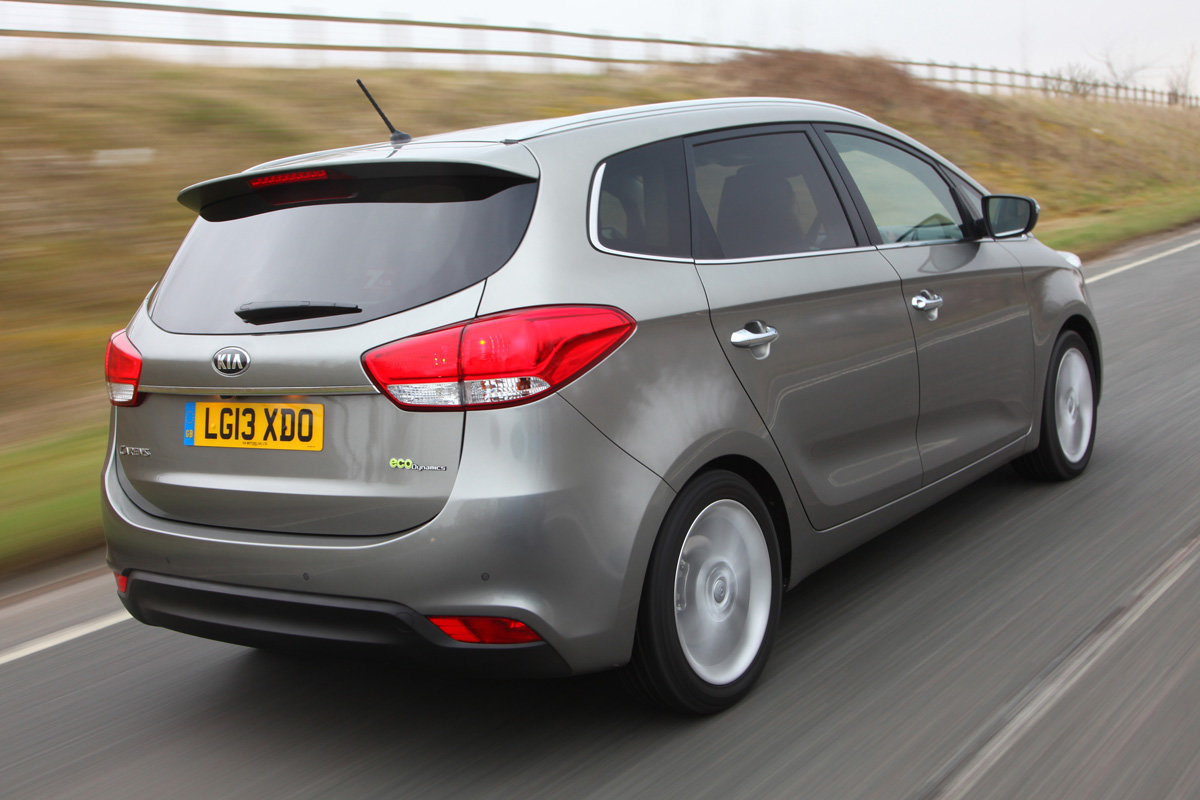 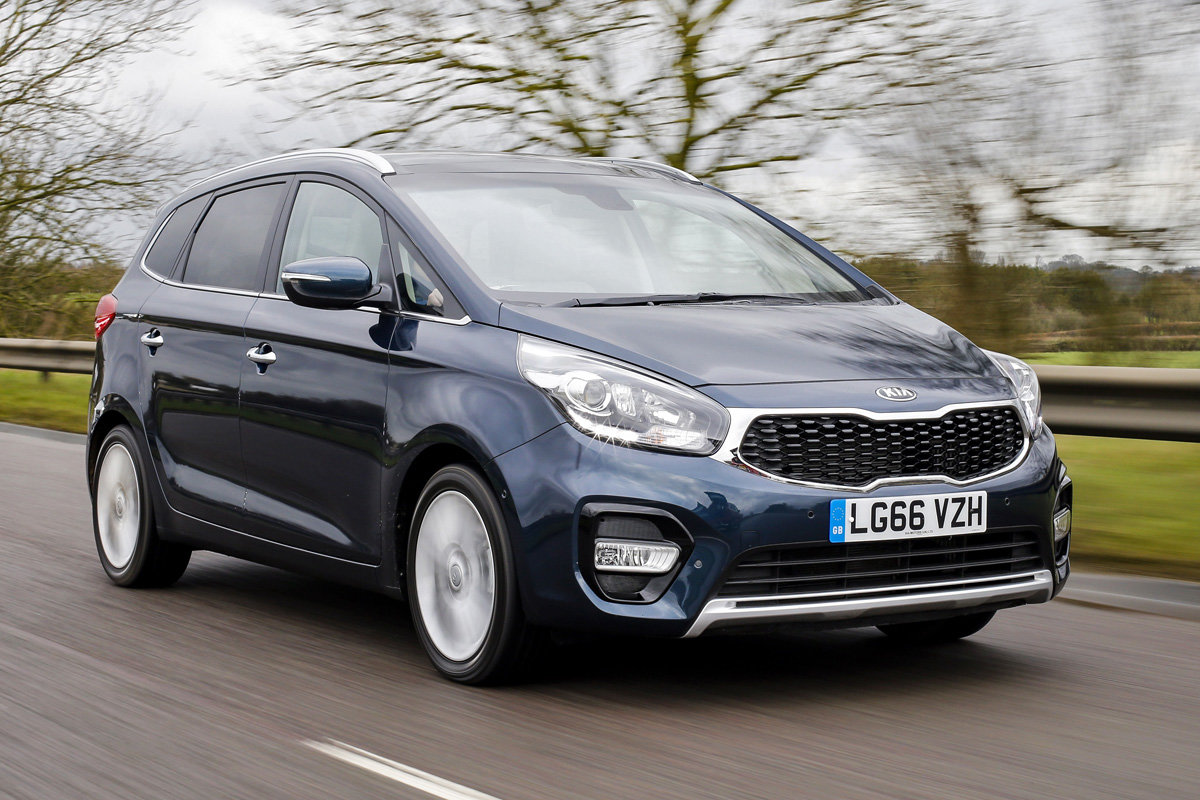 The Kia Carens is a seven-seat MPV that’s affordable, cheap to run, reliable and practical. It also comes with a seven-year warranty, which will help minimise hassle. For the most part, it’s subsequently a great option for those needing a trustworthy and flexible family car. However, if you want something a little more upmarket or a bit sharper to drive, you’ll probably prefer the Ford Grand C-Max or VW Touran. 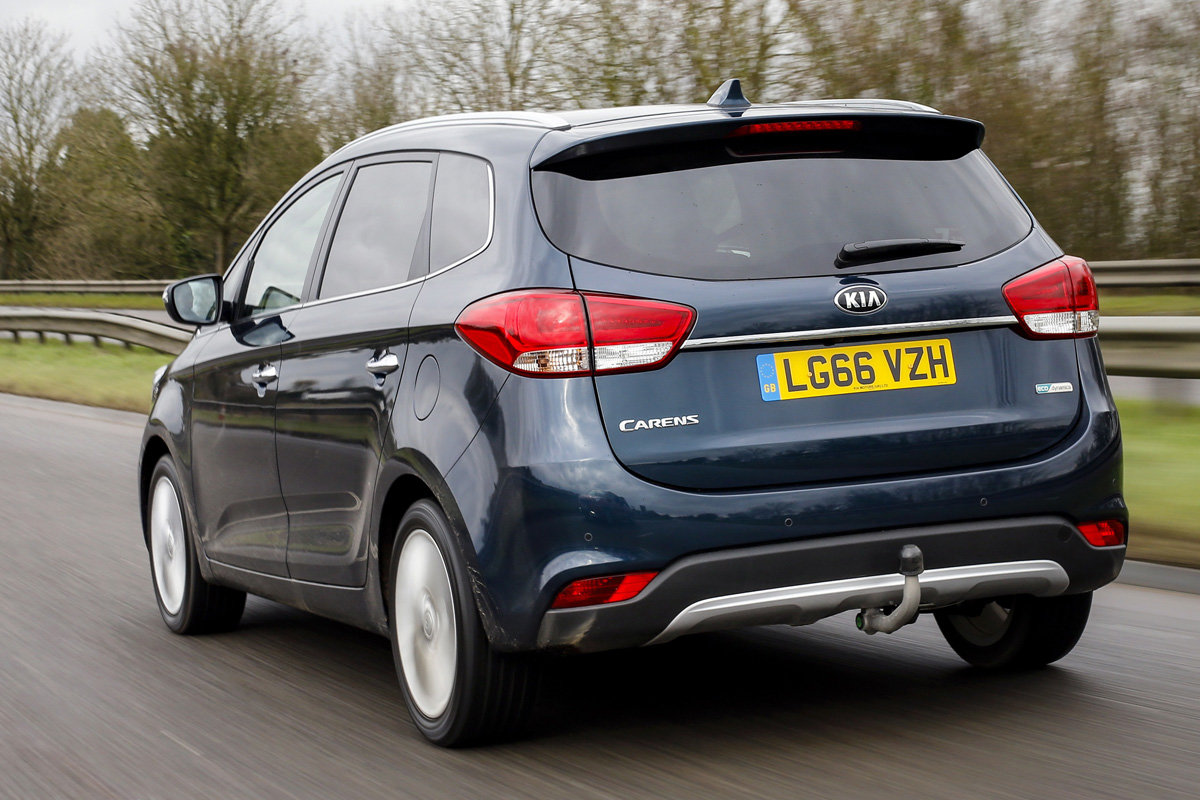 The third-generation Kia Carens is a seven-seat people carrier that competes with cars such as the Ford Grand C-Max, Vauxhall Zafira Tourer, Renault Grand Scenic and Volkswagen Touran.

It was introduced to the UK market in 2013 and initially offered in three trim levels. Customers could also pick from petrol or diesel engines and, in some versions, opt for a six-speed manual or six-speed automatic gearbox.

Significantly, the seven-seater Carens came with a seven-year, 100,000-mile warranty. That was leaps and bounds ahead of the three-year, 60,000-mile warranty offered by most competitors. This, coupled with Kia’s good reliability, made the Carens an appealing choice for those seeking stress-free ownership.

The all-new Carens was designed to be more compelling than its predecessor, too. It had sleeker exterior styling, more premium touches inside and suspension and steering tuned to deliver a more engaging and composed driving experience.

Not that this would make any difference, back then or today, if the Carens didn’t deliver on the practicality or safety front. Without those essential strengths, it wouldn’t be much cop as a family-orientated multi-purpose vehicle.

Fortunately, on the interior front, the Kia isn’t to be found lacking. There are three individual middle-row seats, with built-in belts, and the outer seats tilt and slide to improve space and access to the rear. There are two individually folding third-row seats, bringing the total complement up to seven, but these rearmost seats are more for occasional use than anything else, because the space around them is rather on the tight side.

The outer second-row seats have Isofix child seat fixings, boosting practicality further, and there are storage points dotted throughout the cabin. These include a standard-fit cooled glove box, large door pockets and cup holders, all of which make the Carens easier to live with. With the rearmost seats folded away into the floor, you’ve also still got almost 500 litres of boot space on hand as well.

The Kia’s cabin feels durable as well, but it can be drab in some specifications and isn’t finished to quite the same fine degree as that in a Volkswagen. That’s more than countered by the sheer ease of use, comfort and flexibility offered, however, which will be of more importance to many buyers. Crucially, the Carens MPV also scored the maximum five-star rating in Euro NCAP crash testing.

Where the Kia does stumble a little is with regards to how it drives. It’s a comfortable and easy MPV to handle, with light and precise controls, but it isn’t as capable or as polished as the VW Touran or the Ford Grand C-Max. 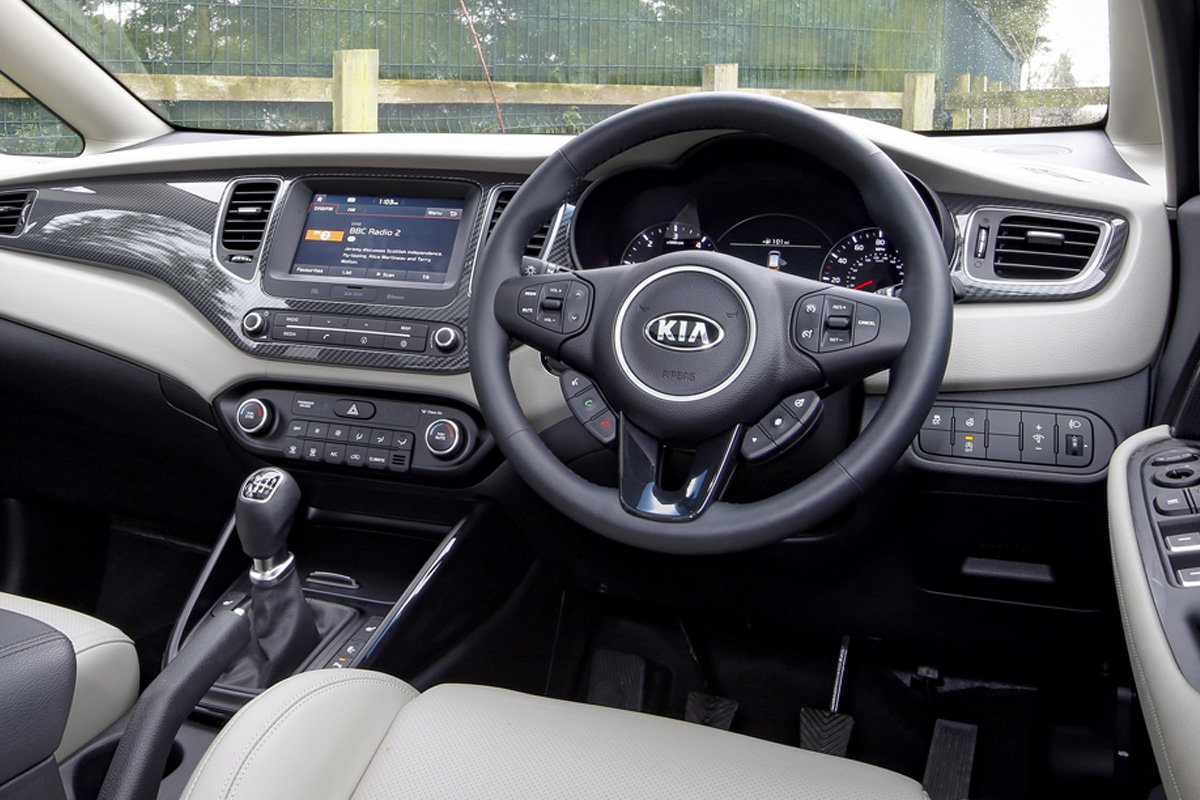 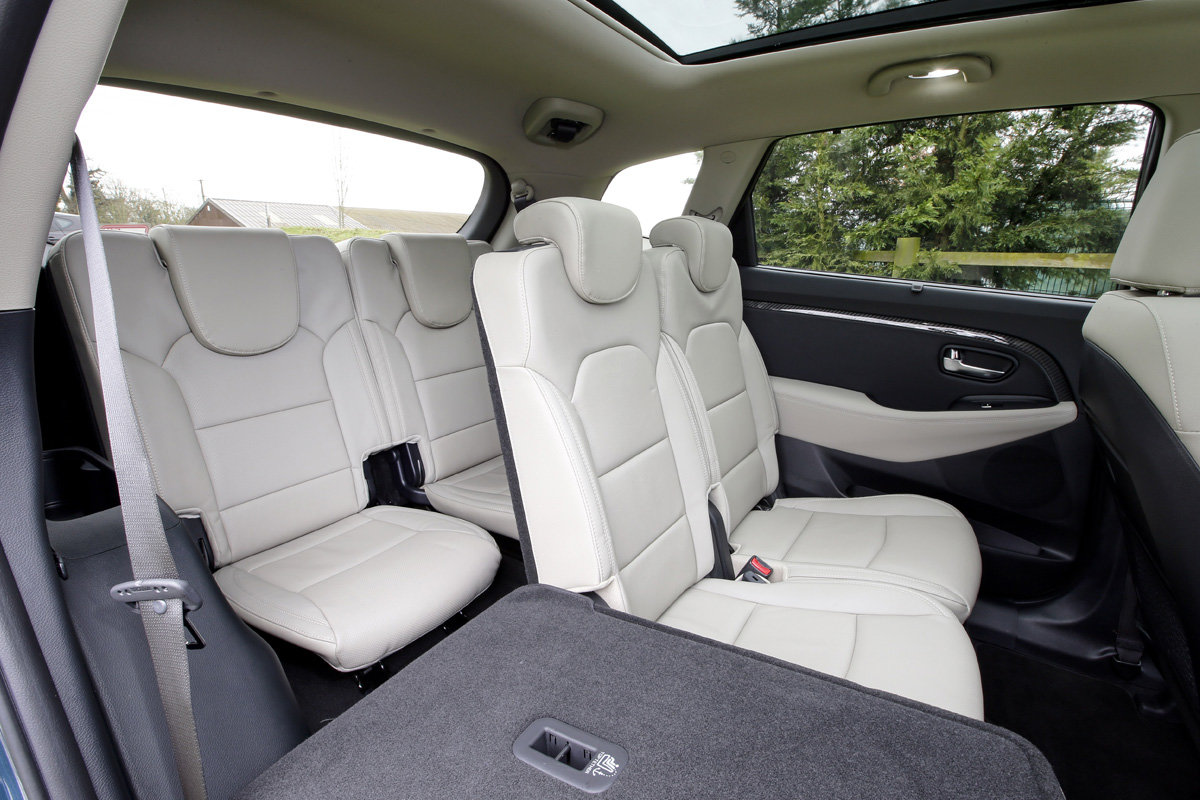 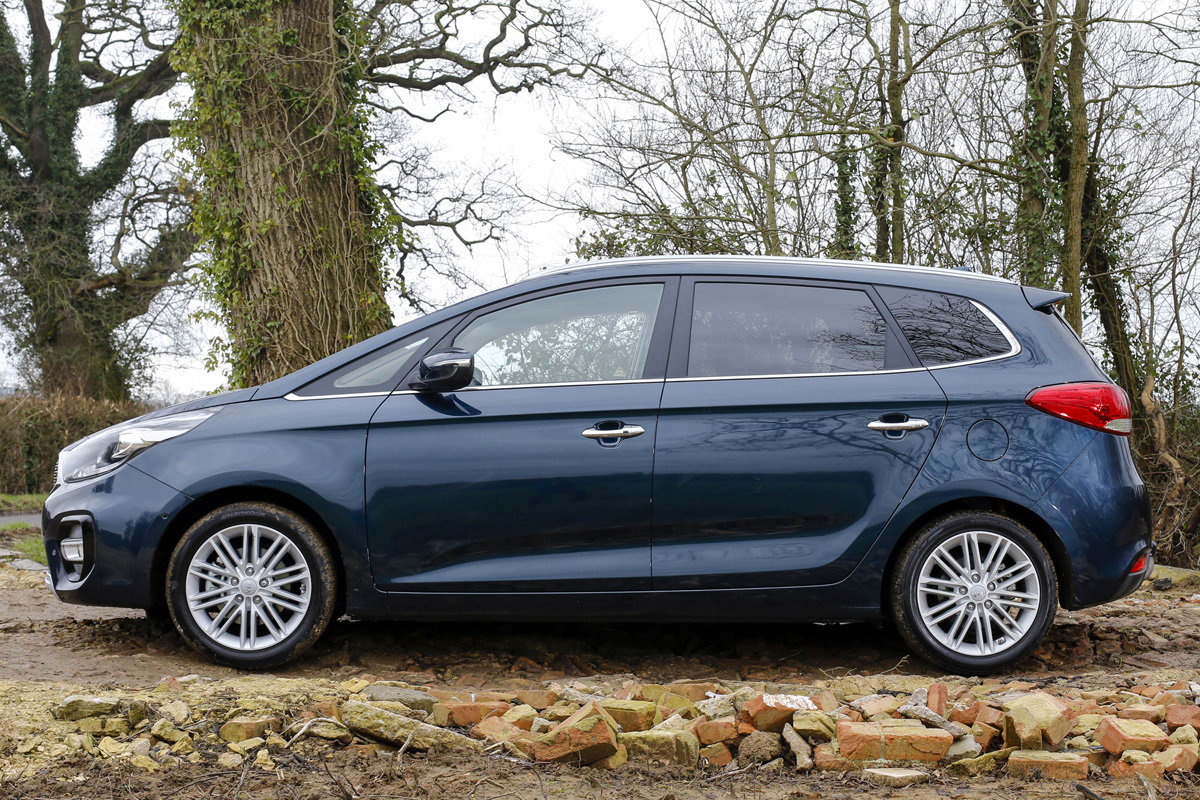 A Kia Carens should prove to be an inexpensive car to run, thanks in part to its stellar seven-year transferrable warranty. All that you have to be mindful of, when looking at used examples, is that they’ve been serviced according to schedule to comprehensively maintain the warranty while it’s in effect. A missed service won’t necessarily invalidate the warranty, but a failure that could be attributed to a neglected service won’t be covered. Consequently, it’s best to just make sure that every service is carried out as and when required.

You aren’t required to use Kia dealers to maintain the warranty though, and can use any VAT-registered workshop that uses genuine or high-quality parts. It’s worth shopping around in any case, as a main dealer might not prove notably more expensive than an independent.

Kia does also allow you to get quotes for and buy Kia Care service plans online. This makes it very easy to get a handle on future costs and requirements. A two-year service plan for a 1.7-litre diesel Carens with 40,000 miles on the clock, for example, cost £319 at the time of writing. You can book services online as well, further easing the ownership process. Cars up to five years old are eligible for Kia service plans, again simplifying ownership.

Fuel bills shouldn’t prove too arduous. The basic petrol model claimed to average 44.1mpg, the entry-level diesel 60.1mpg and the most powerful diesel 56.4mpg. The automatic diesel model clocks in at a lesser 46.3mpg, but you can expect the real-world figures to fall some way short of the manufacturer’s claims.

Later facelifted versions claimed to be slightly more efficient, on paper at least. Some of the earlier diesel models are cheaper to tax, though, so there are potential savings to be had by going for a pre-1 April 2017 model if you’re set on saving every possible penny. Most otherwise come in at £130-£155, depending on registration date, but the six-speed automatic version does cost more.

Consumables won’t cost too much. A good-quality tyre for a Carens with 16-inch wheels will cost around £60, a pair of front discs around £140 and front pads £60. Discounts will be available if you shop around, too. The Gamma GDi petrol engine has a timing chain rather than a belt that needs to replaced, as do the CRDi diesel variants, further keeping costs down and making buying a used Carens less of a gamble. 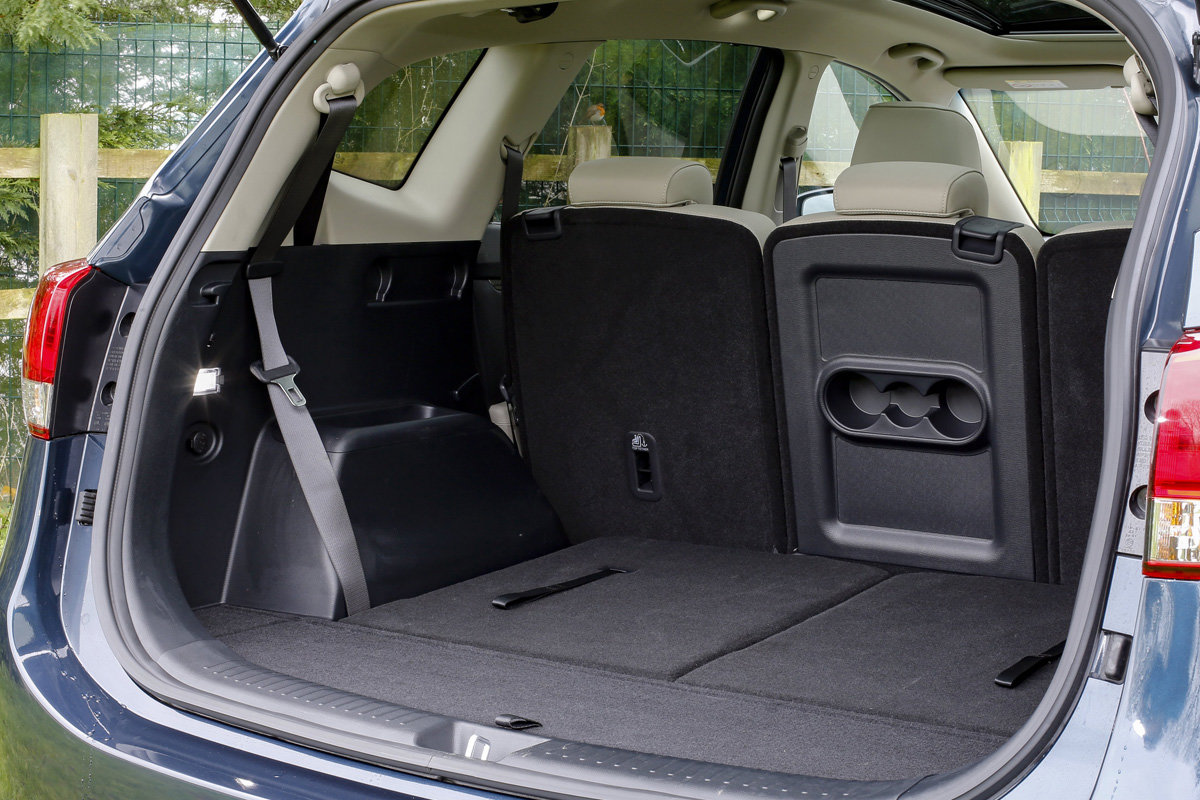 You have little to worry about on the reliability front when looking at used Kias. For starters, many will still be covered by the remainder of their original and transferrable seven-year, 100,000-mile warranty.

Kia also has a reputation for making reliable cars and the brand often fares very well when it comes to customer satisfaction. Consequently, major problems should be few and far between. Furthermore, there have been no recalls issued for this generation of Carens. Altogether, the Kia should be a far more straightforward and less costly proposition than, say, a Citroen or Peugeot.

It’s still worth carefully inspecting any used Carens, though, to make sure it’s not going to need new parts – such as a clutch or brake components – and you’ll want to pay extra attention when the car is no longer covered by its warranty.

Keep an eye out for cars that have been used primarily for short trips around town, as that can exacerbate wear and cause problems for the emissions control systems in diesel models.

What you can do, if you’re looking for a painless purchase, is get a used car through the Kia Approved Used scheme. Every car offered is carefully inspected and comes with a seven-year warranty, one year’s roadside assistance and a host of other benefits. 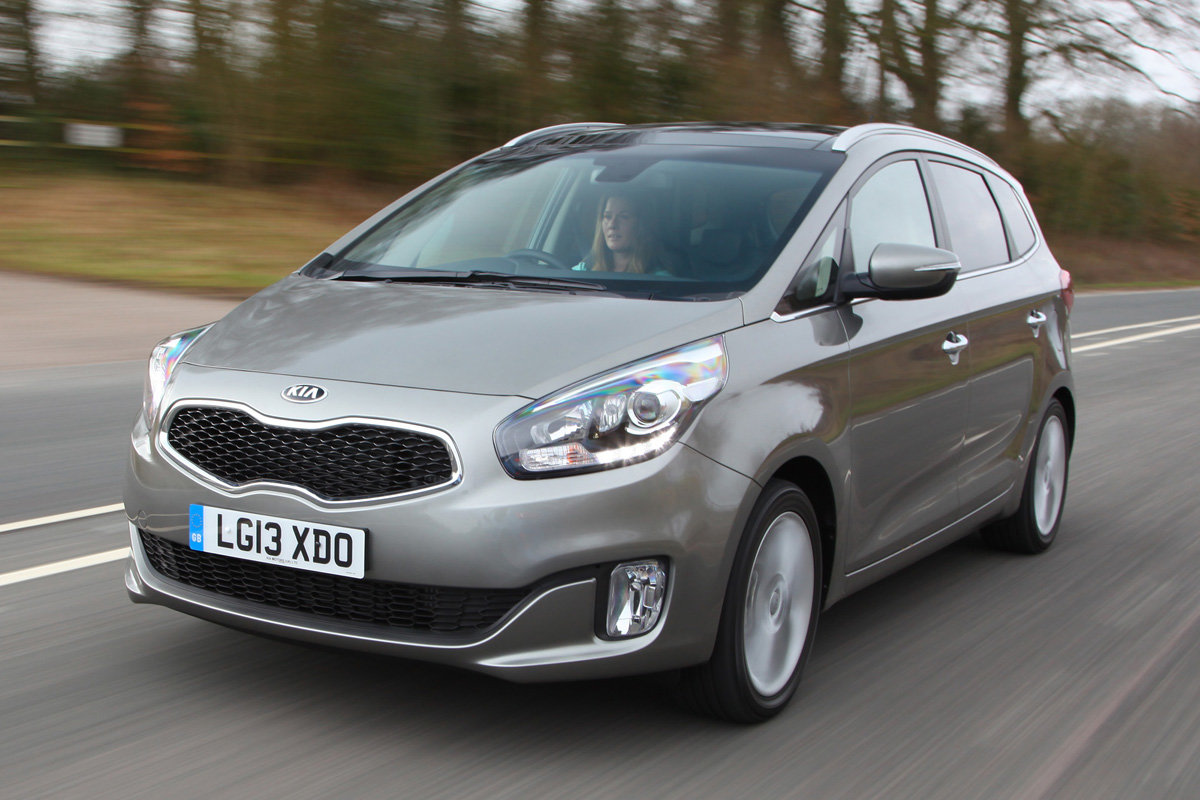 If you want a practical family car, you’ll probably prioritise safety, flexibility, equipment and reliability over factors such as outright performance, stylish looks and driving dynamics.

Buyers of such a mindset, who aren’t particularly fussed about cornering capabilities or the finest-feeling plastics, will subsequently find much of appeal in the Carens. Its long warranty, excellent reliability, accommodating interior, high equipment levels and five-star Euro NCAP rating means that it hits all the key points required in a good MPV.

Search for a Kia Carens on CarGurus