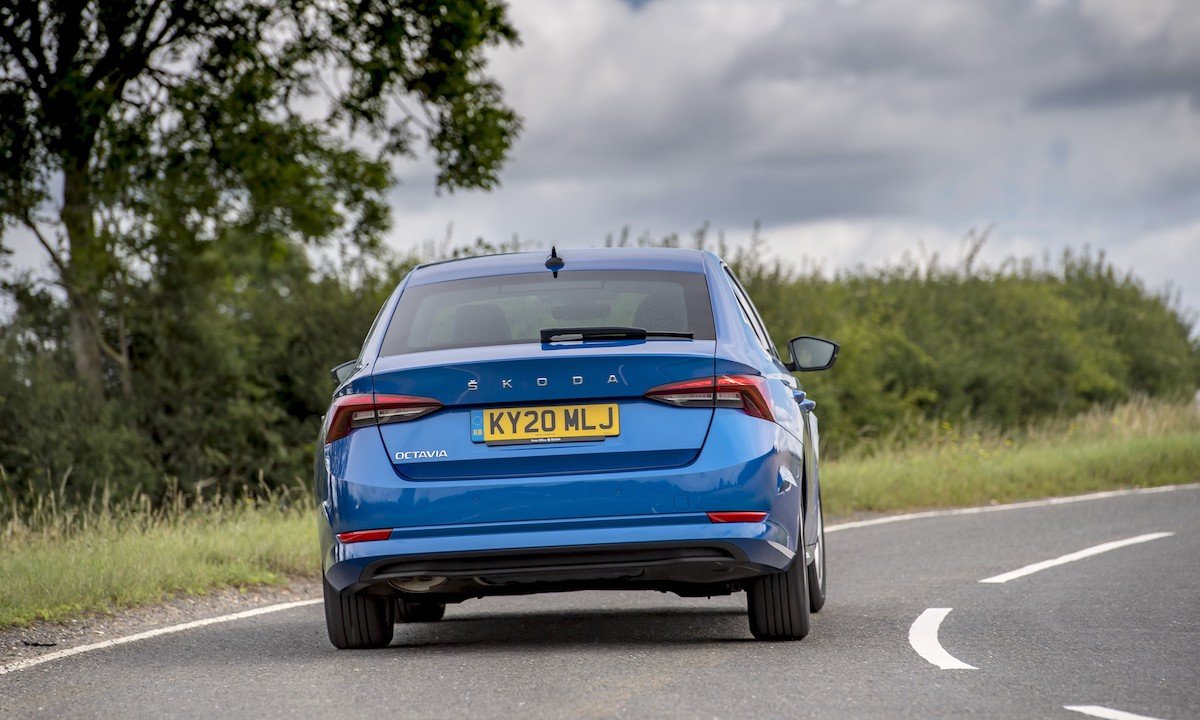 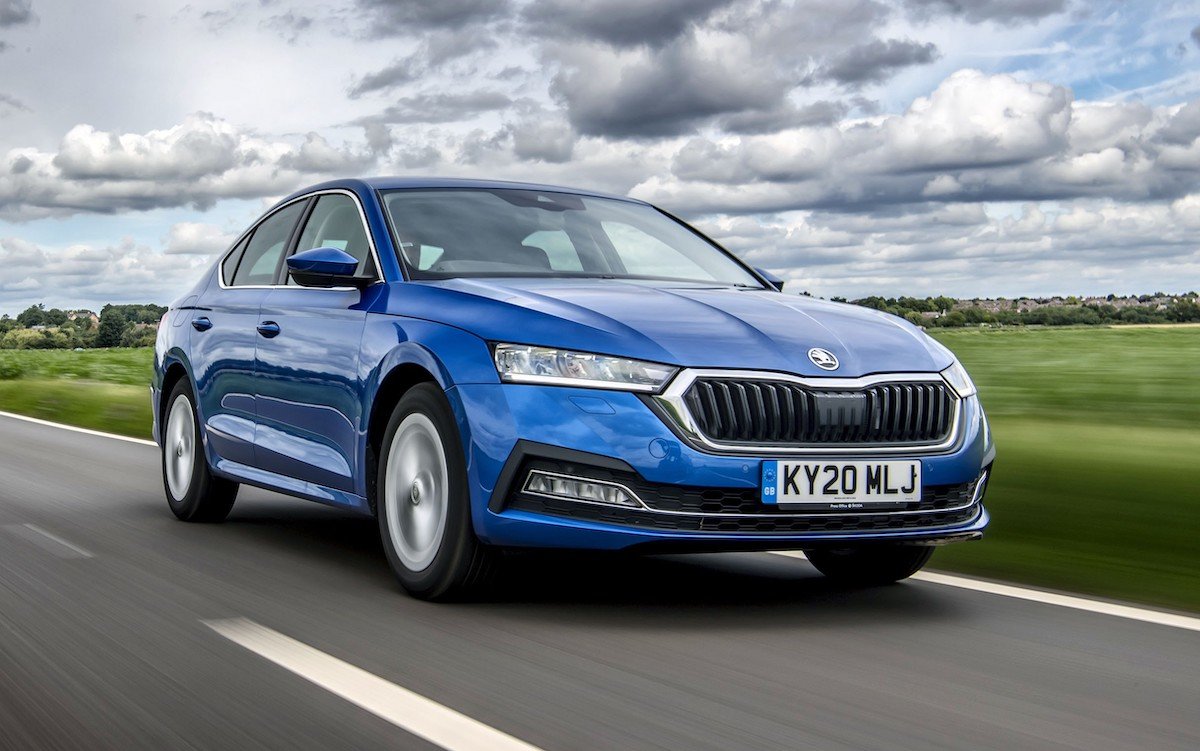 Family cars don’t get much better than the Skoda Octavia. Whether you buy the hatchback or the estate, it’s absolutely massive inside both for people and for luggage, while the quality is impressive and plenty of standard equipment is provided. It’s comfortable and civilised to drive, and best of all, it’s really affordable, both to buy and to run. As an all-rounder, it’s extremely difficult to fault. 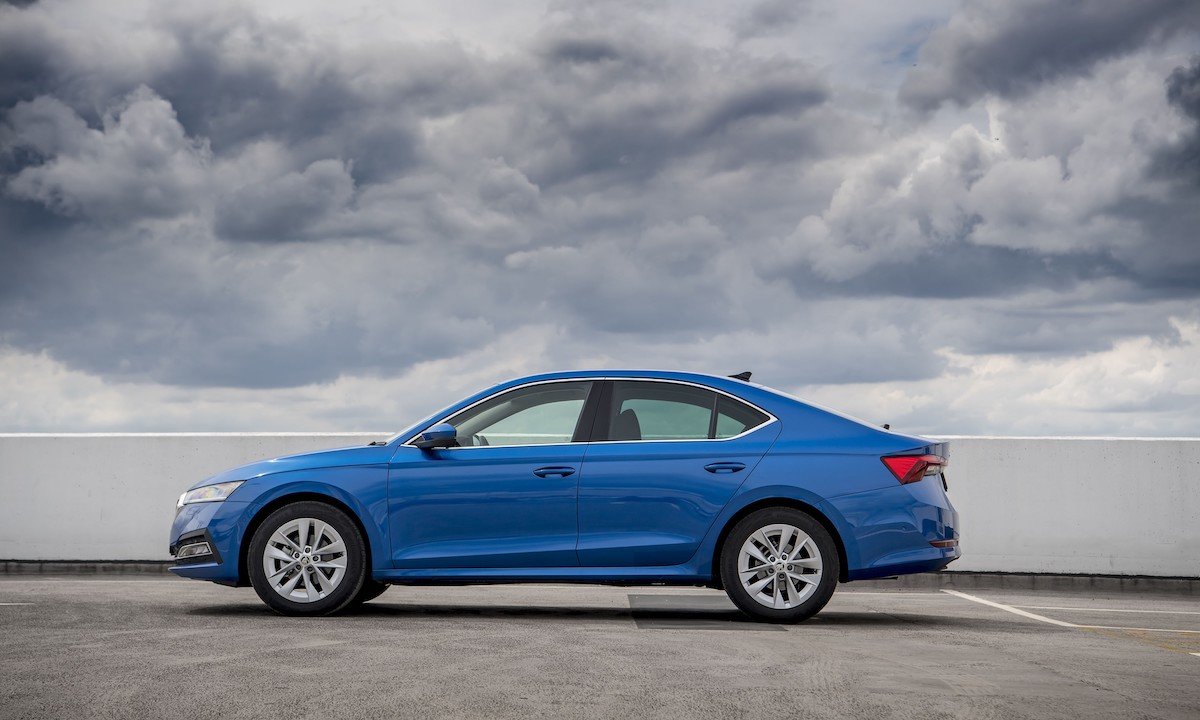 You could argue that the Octavia epitomises everything that Skoda buyers love about the brand. Like most offerings from the Czech carmaker, you get a bigger-than-average car for a smaller-than-average price. What’s not to love about that? No wonder, then, that despite the introduction of a variety of fashionable SUVs into Skoda’s model line-up, the Octavia remains the firm’s best-selling car.

Now in its fourth generation (provided you don't count a much earlier model named Octavia that was sold between 1951 and 1971), the Octavia is Skoda’s answer to small family hatchbacks such as the Ford Focus, Vauxhall Astra and Honda Civic, and uses the same mechanicals as in-house Volkswagen Group small-hatch offerings such as the Audi A3, Seat Leon and Volkswagen Golf. And in true Skoda fashion, the Octavia is considerably bigger than any of those rivals, yet cheaper to buy than most of them. Even before you consider all the car’s other talents, that already makes it feel like fantastic value for money.

And predictably, this size advantage equates to class-leading practicality. The car has considerably more space in both the front- and the back seats than any rival - particularly when it comes to legroom - and there's space for three across the rear bench if needs be. What's more, the enormous 600-litre boot is around 200 litres bigger than those of most rivals. And that’s in the hatchback. If you need even more space, then the Estate version boosts cargo space to 640 litres. Granted, there’s a load lip to contend with and there’s also a step in the floor when you fold down the 60/40 split rear seats (which also lie at an angle), but for outright space, no rival can get anywhere near it.

Interior quality is another area in which the Octavia compares extremely well with its rivals. Even compared with its Audi and VW stablemates, it feels every bit as solid and sophisticated, and compared with pretty much everything else in the class, it feels like a proper cut above. Lots of standard luxury kit is provided on all models, too, and the intuitive high-definition touchscreen infotainment system and digital instruments also lend a high-tech feel.

Importantly, the Octavia is also an impressively civilised car to drive. The ride isn’t quite as cosseting as you get in a Volkswagen Golf, but it’s still impressively comfortable, and the impressive rolling refinement also helps make this a quiet, serene and peaceful way to get around. Granted, the Octavia isn’t the most agile car in its class, either, due in part to its extra size and weight, but it always feels assured and stable and the balance of comfort and control you get is just about spot on for the family buyers to whom the car will appeal.

The engines we’ve tried also contribute to the car’s easy-going nature, with easy-to-access muscle resulting in eager, easy performance. The engines do a good job on efficiency, too, so not only is the Octavia affordable to buy, it’s also just as affordable to run. 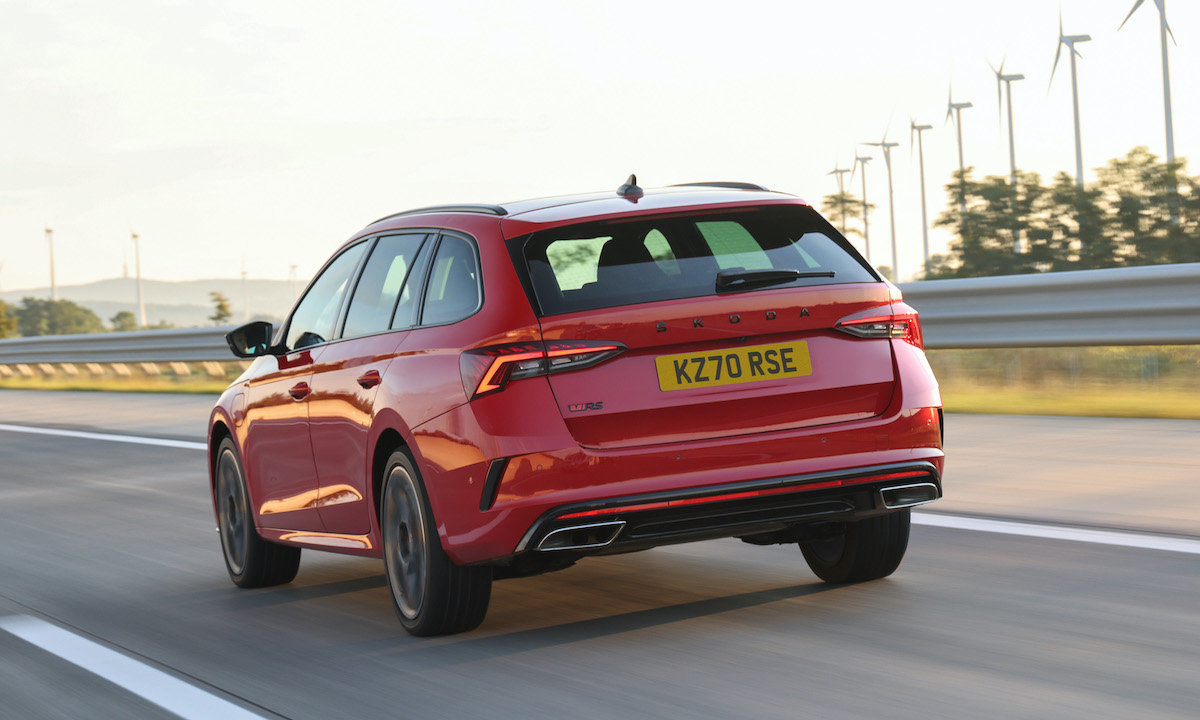 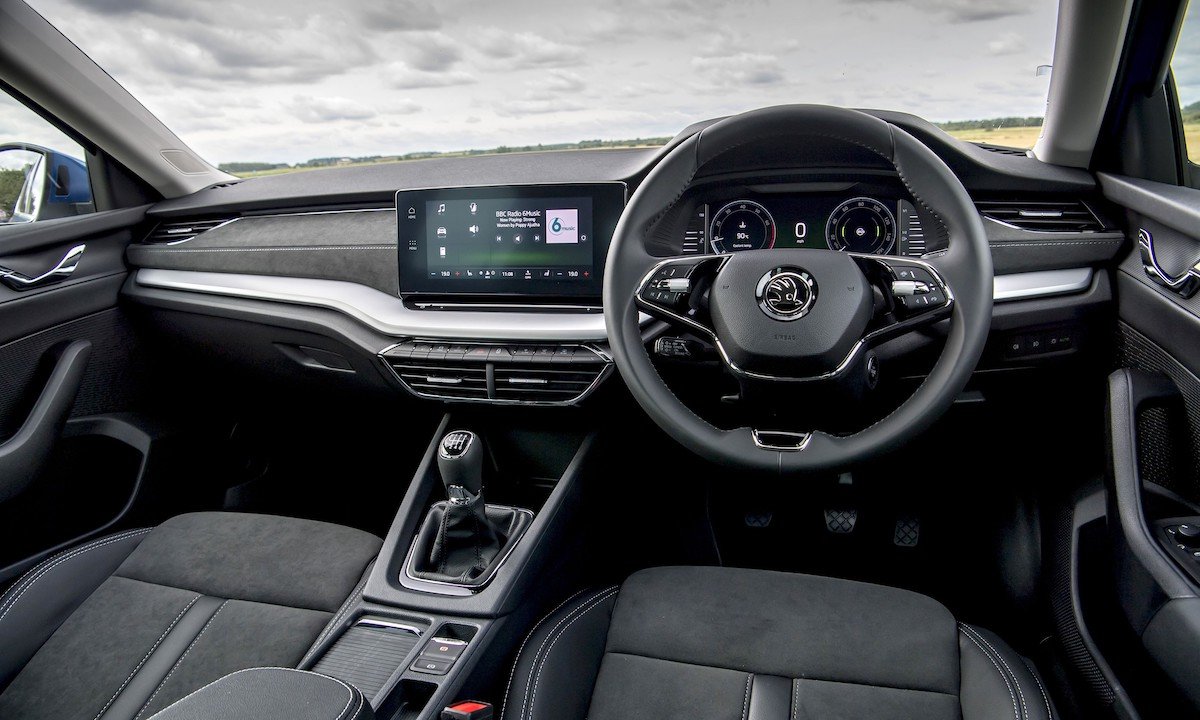 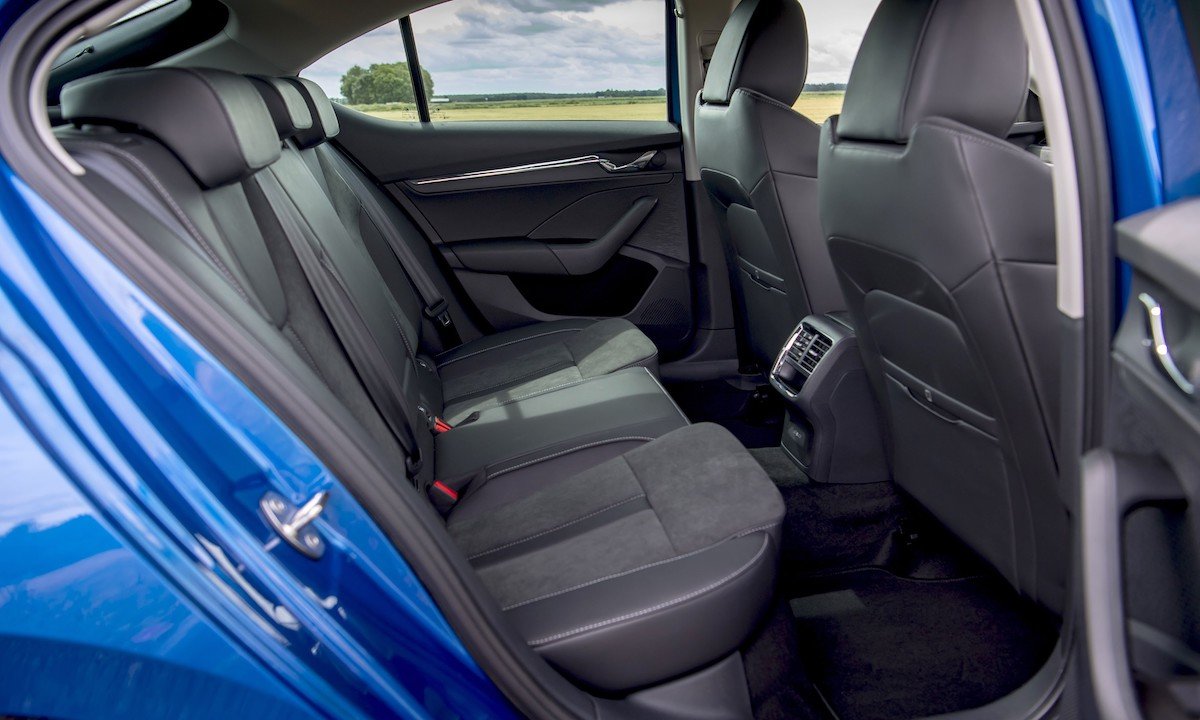 Periodic price rises mean that Skodas are no longer the incredible bargains that they once were, but by and large, they’re still really good value for money due to the enormous amount of car and technology you get for your outlay. Prices are competitive with those of most mainstream rivals, and although the Octavia will cost you a shade more than some of them, there are plenty of others that it undercuts. Used car prices should see similar differences due to the fact that the Skoda sheds its value at roughly the same rate as most mainstream rivals, so long-term costs should also be much-of-a-muchness.

In terms of fuel economy, the 1.0-litre petrols should return up to 55mpg according to the official figures, while the 148bhp 1.5 TSI petrol is said to be capable of around 50mpg. But, while these are more recent WLTP figures that are designed to be more representative of real-world conditions than the old-school NEDC ones, you’ll still find them rather optimistic compared with what you actually get. Expect to see more like 46mpg and 42mpg, respectively. The equivalent official figures for the 2.0-litre diesels stand at around 65mpg for the 114bhp engine and 61mpg for the 148bhp version, but again, expect to see more like 55mpg and 52mpg, respectively. These strong fuel economy figures are also accompanied by correspondingly strong figures for CO2 emissions, keeping tax bills reasonable for company car drivers.

Recommended service intervals stand at every one year or 10,000 miles, whichever comes first, but if you do mainly higher-mileage journeys at a constant speed (lots of motorway, in other words), then you can choose to opt for condition-based servicing that might spread the maintenance out a bit further. Skoda offers fixed price servicing plans to help buyers budget for their maintenance costs more effectively, and all the Skoda-approved parts used have a two-year guarantee.

At the time of writing, insurance groupings ranged between 11 at the bottom of the range to 21 at the top, so until more powerful iterations come along later, all Octavias will be affordable to cover. What’s more, all Octavias currently qualify for standard-rate VED (Vehicle Excise Duty) bills, so you’ll pay £150 per year for road tax. 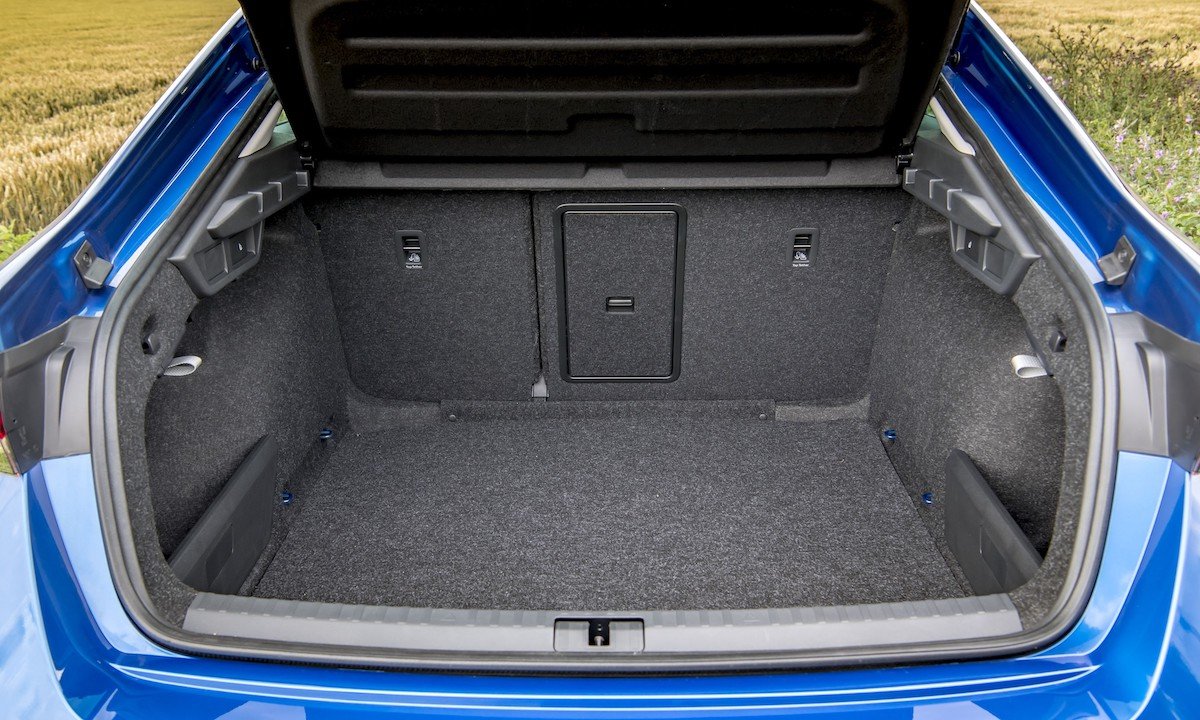 By and large, Skoda does very well in the various reliability and customer satisfaction surveys doing the rounds. Take the JD Power UK Vehicle Dependability study as an example. In the 2019 edition, Skoda came second out of the 24 carmakers assessed in the study, while it placed 4th the year before and 3rd the year before that. So, you can be confident that the Czech firm will consistently be there-or-there-abouts at the right end of the table.

Where the firm isn’t so hot, though, is on the warranty it provides. Don’t get us wrong, the three-year/60,000-mile arrangement (mileage limits don’t apply for the first two years) is on a par with what you get from most other manufacturers, and is therefore totally acceptable, but rivals like Toyota and Hyundai offer five years of cover, while Kia extends that to seven.

Despite Skoda’s strong record on reliability, there are one or two things that crop up fairly regularly on the fault front. It’s not unusual for water to make its way into the boot and front footwells due to poor drainage, so check for soggy carpets or musty smells. It’s also quite common for water to find its way into the headlamps units, which can cause them to short out in some cases. The DSG twin-clutch automatic gearbox can also have its issues, too, due to occasional faults within the gearbox itself, or within the central control unit, called the Mechatronic unit. These faults are fairly common across all the VW Group brands that use this hardware. On your test drive, make sure it shifts up and down the gears smoothly and cleanly, with no jerks or clunks, and make sure you take the car up to maximum legal speeds to make sure the transmission also behaves itself in the top couple of ratios. 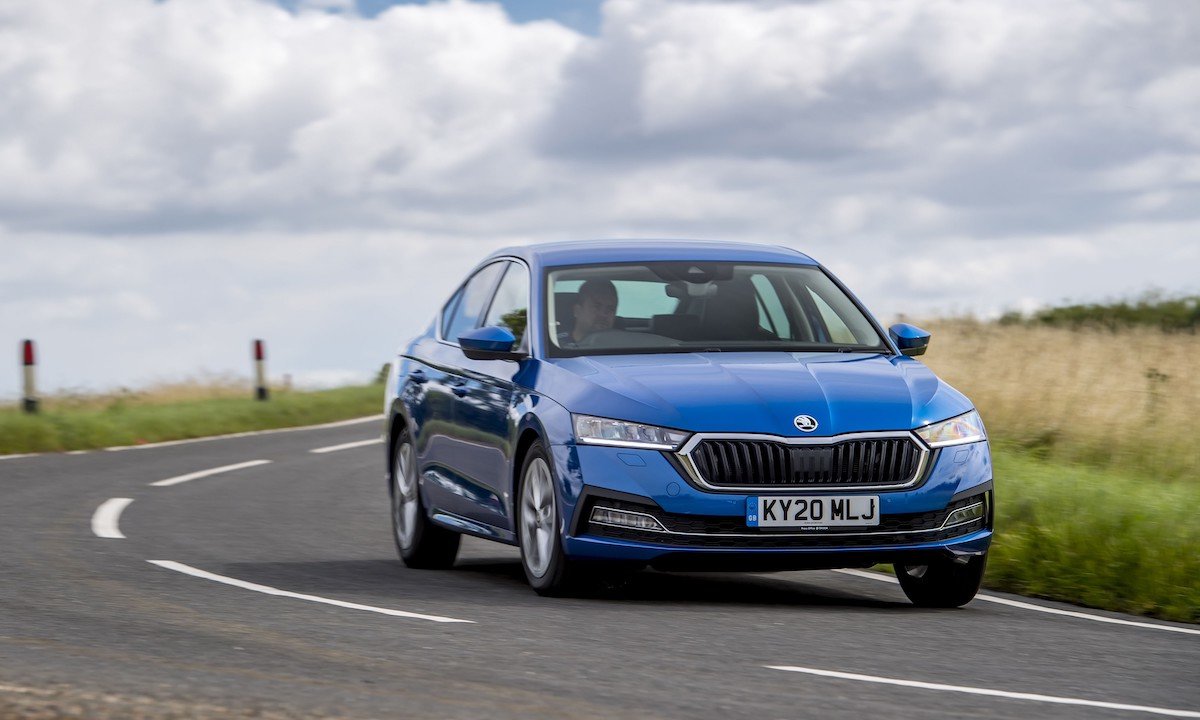 If you need your family car to be strong in every single area, then the Skoda Octavia is probably the car for you. Its generous size and space means it’s (by some distance) the most practical car of its type, and it’s also packed full of clever little features that help make family life that little bit easier. The cabin is pleasantly trimmed and well made, and every version comes with an impressive amount of luxury and safety kit as standard. The driving experience you get is a sophisticated and grown-up one, with a comfortable ride and good refinement at all speeds, which helps keep the family calm on trips of all kinds. The engines, meanwhile, deliver a good mix of performance and economy. And, on top of all that, it’s more affordable than most of its rivals. Maybe not the sexiest or most exciting choice in its class, but easily one of the most well-rounded.

Search for a Skoda Octavia for sale on CarGurus.