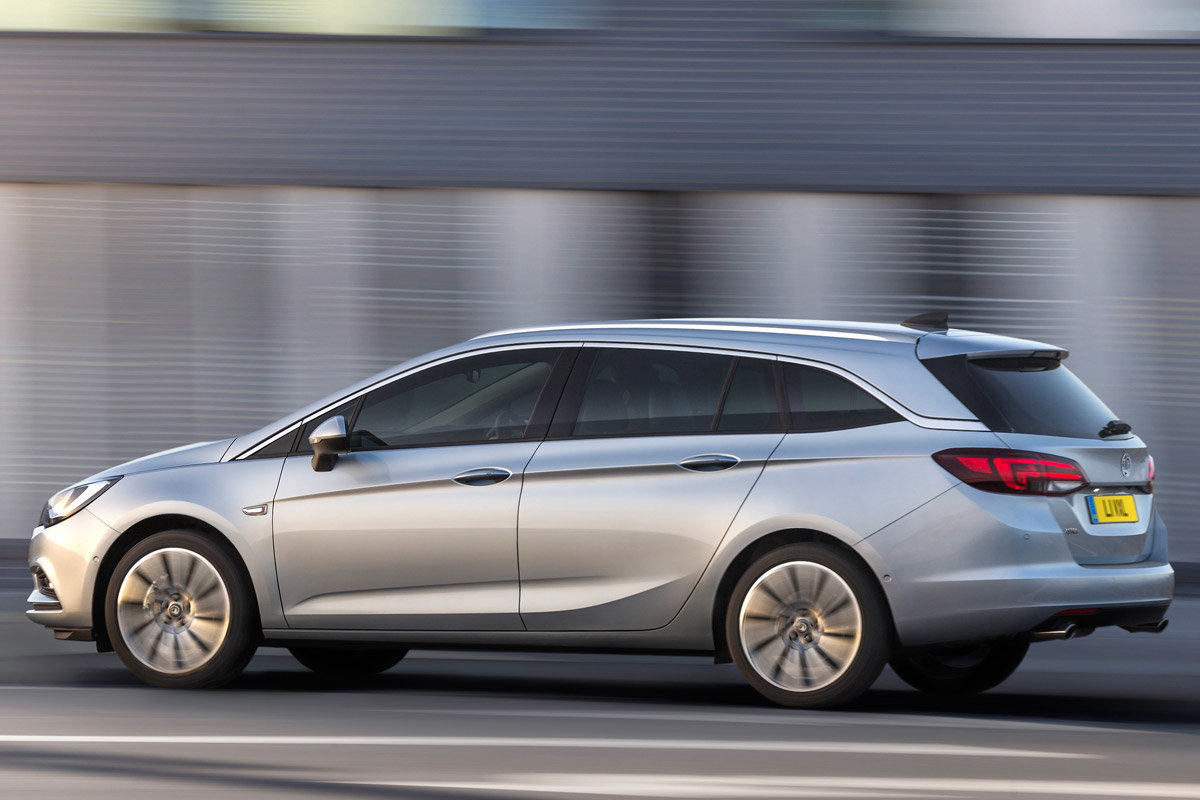 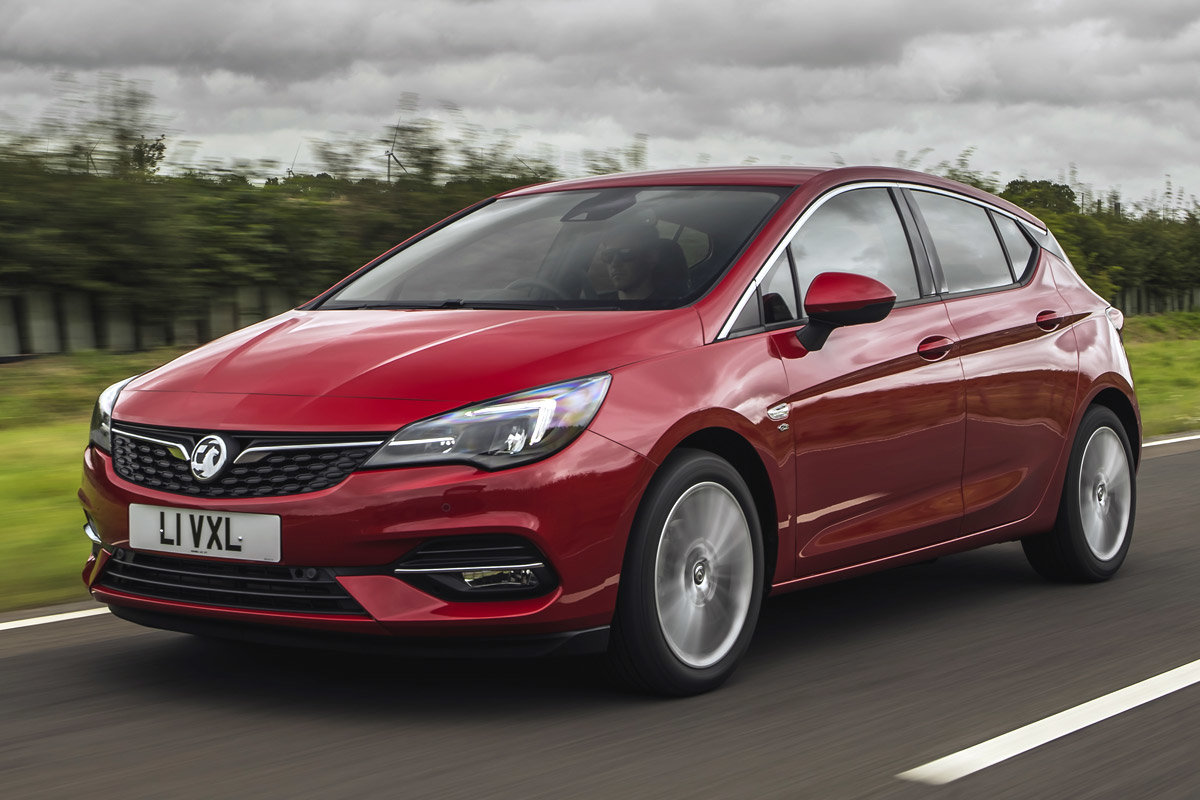 Vauxhall’s Astra is a sensible bet if you’re in the market for a straightforward and cost-effective family car. It’s affordably priced, well equipped, good to drive and offered in both hatchback and Sports Tourer estate body styles. Reliability can be an issue, however, and alternatives such as the VW Golf and Ford Focus are better cars overall, but predictably they cost more. 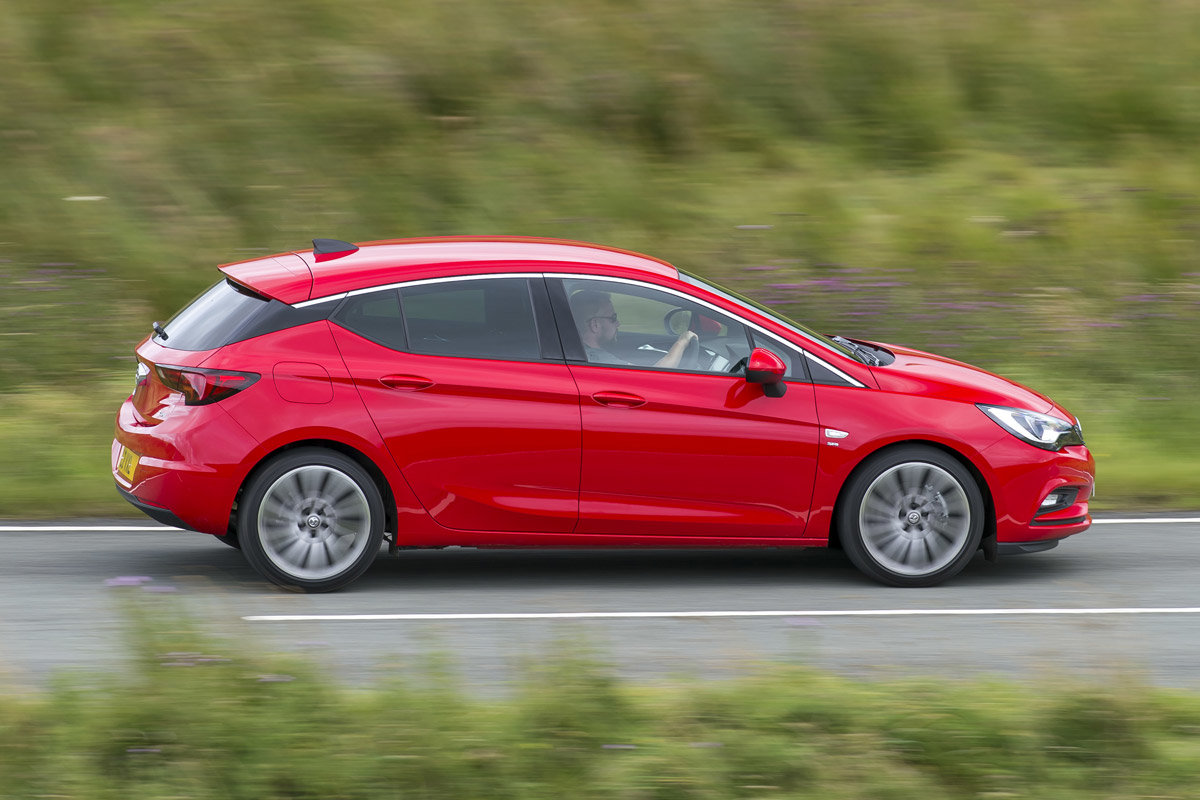 The Vauxhall Astra is a popular choice for those looking for a mid-sized family car, thanks to its appealing blend of practicality, equipment, sensible running costs and affordable pricing.

Vauxhall introduced the Astra in 1979 but this, the seventh-generation model – known as the Astra K – arrived on the market in 2015. Compared to its predecessor, the latest Astra featured all-new architecture, engines, technology and styling. It was also 130kg lighter on average, which helped make it both more efficient and better to drive.

An array of engines were available at launch, including a four-cylinder, 1.4-litre turbocharged Ecotec petrol and a 1.6-litre CDTi ‘Whisper Diesel’. An estate, called the Sports Tourer, was added to the line-up in short order.

Vauxhall subsequently launched a revamped seventh-generation Astra in 2019, which offered improved efficiency and handling. New three-cylinder engines were added to the range as well, which offered good efficiency in conjunction with performance and refinement appropriate for a conventional hatchback.

Many may turn their nose up at the concept of owning a Vauxhall Astra but, even in pre-facelift form, it’s a decent car. While it doesn’t drive with the verve or engagement of a Ford Focus, it’s capable in the corners - far better than preceding generation – and it does a good job on ride comfort,

The interior is also of a higher quality than some would expect, while space is good and the Astra can seat four adults with ease. It has a decently sized boot as well, and even more so in practical Sports Tourer form, while long trips shouldn’t prove too arduous thanks to a refined cabin.

Vauxhall’s Astra is a safe option as well, lending it further appeal to those wanting a family car. It scored the maximum five-star rating in 2015, when tested by experts Euro NCAP, and scored 86 per cent for adult occupant protection and 84 per cent for child occupant protection, which is on a par with rivals such as the Renault Megane.

Admittedly, the Astra doesn’t have the same cachet or appeal as a Volkswagen Golf. What further counts against it are concerns about reliability, a warranty that’s shorter than some competitor offerings and potentially hefty depreciation. Its residual value issues can be partially tackled by going for a discounted example, however, or by buying a used example.

Overall, the Vauxhall isn’t as accomplished as alternatives such as the Skoda Octavia, Honda Civic, Ford Focus or Volkswagen Golf. On the plus side, it’s usually far less expensive – new or used – which, for those who just want a straightforward car, is often enough to swing the balance in favour of the Vauxhall. 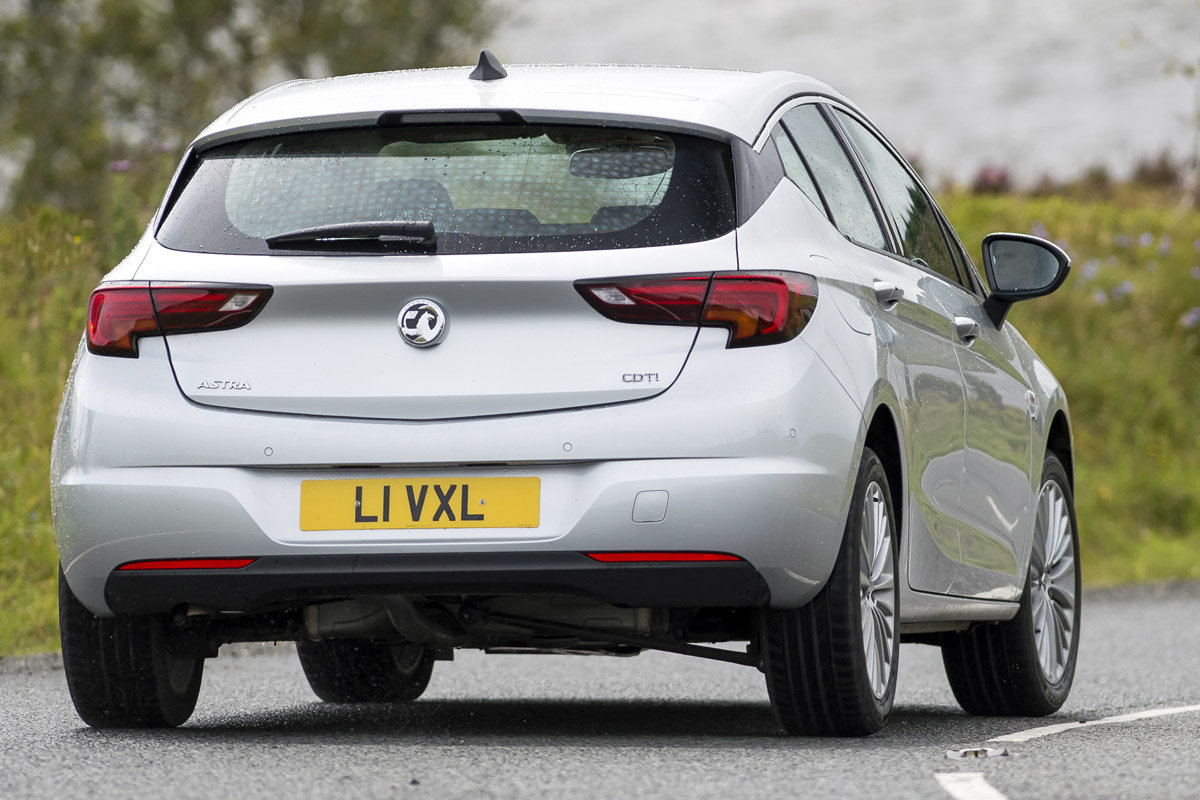 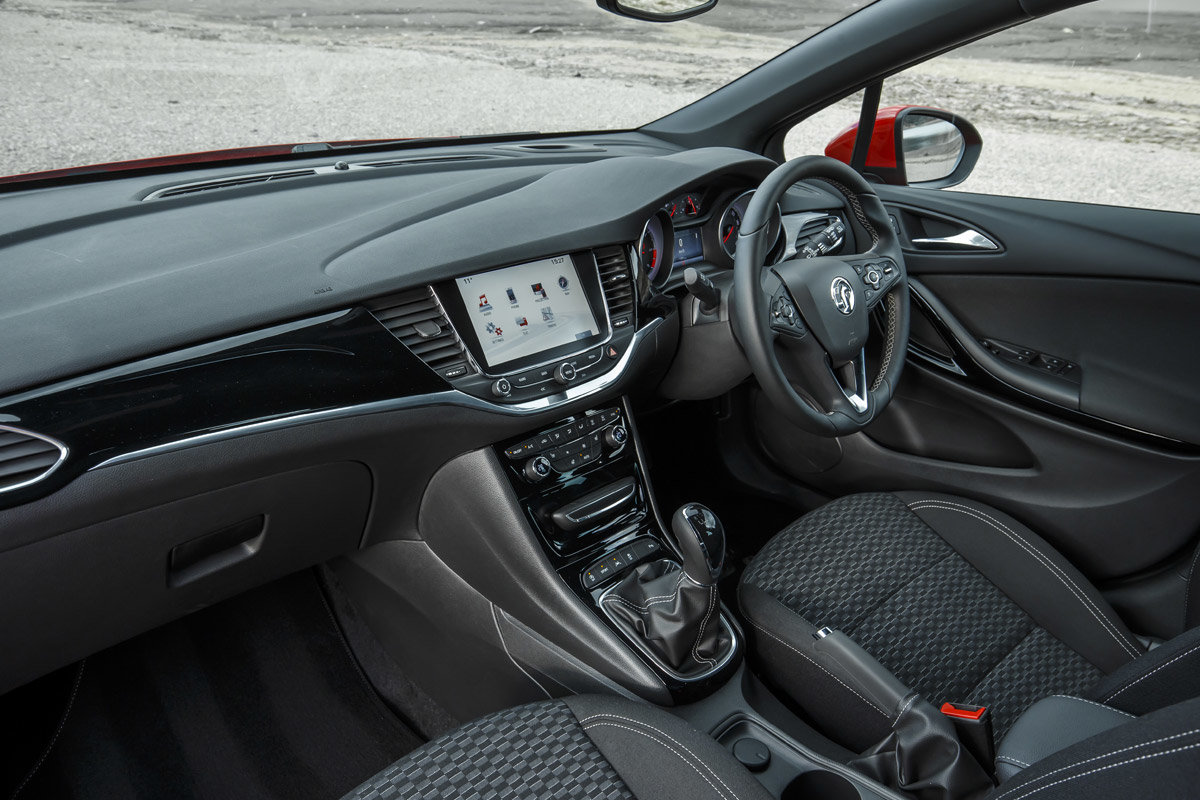 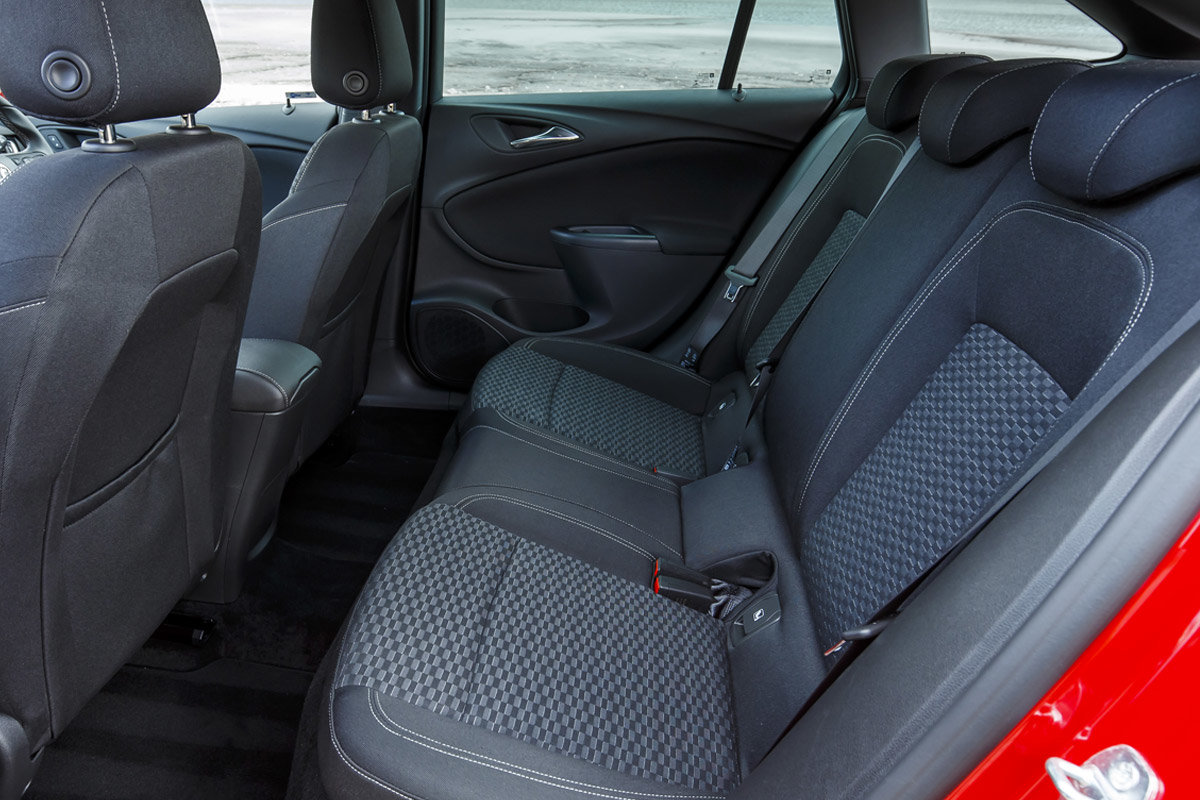 While the Astra is often an affordable choice, it’s worth bearing in mind that it will typically depreciate faster than alternative offerings, which could bump up your overall costs and make a more expensive rival car a better bet in the long run. Fortunately, discounted Astras can sidestep some of this financial hit and level the playing field somewhat.

That aside, no Vauxhall Astra should otherwise cost a terrific amount to run. At launch, many versions fell into the £0 annual VED band, while even the least efficient model – the 1.6i Turbo – was claimed to average a combined 46.3mpg and emit 141g/km of CO2, which entailed VED of £145 a year.

The diesel options were great for those racking up hefty annual mileages, too, with the mid-spec 134bhp 1.6 CDTi being claimed to average up to 74.3mpg. Most owners report between 50-60mpg from the 1.6-litre diesel variants, which is still good going considering the very decent performance on offer.

The VED banding scheme and engine outputs and efficiencies have changed over the years, though, so do check what the claimed economy and tax ratings are for the particular car you’re interested in. In the new line-up, for example, most now have a first-year VED rate of £175 or £215 and all have annual VED rates of £150.

Unsurprisingly, the diesels remain the mpg champions of the facelifted Astra range. The 104bhp 1.6 Turbo D, as a case in point, is reputed to average up to 65.7mpg on the more realistic WLTP test cycle. The low emissions and subsequent low Benefit-in-Kind tax of many versions also mean the Astra can be a good option for company car drivers.

Servicing shouldn’t prove expensive, either; from the outset, Astras had a conventional 20,000-mile, one-year service interval and that remains the case today, regardless of whether you have a petrol 1.2 Turbo or a diesel 1.5 Turbo D. The in-built service indicator and oil life indicator in the driver’s information display will let you know if attention is needed before that, however. Similarly, consumables won’t cost the earth. 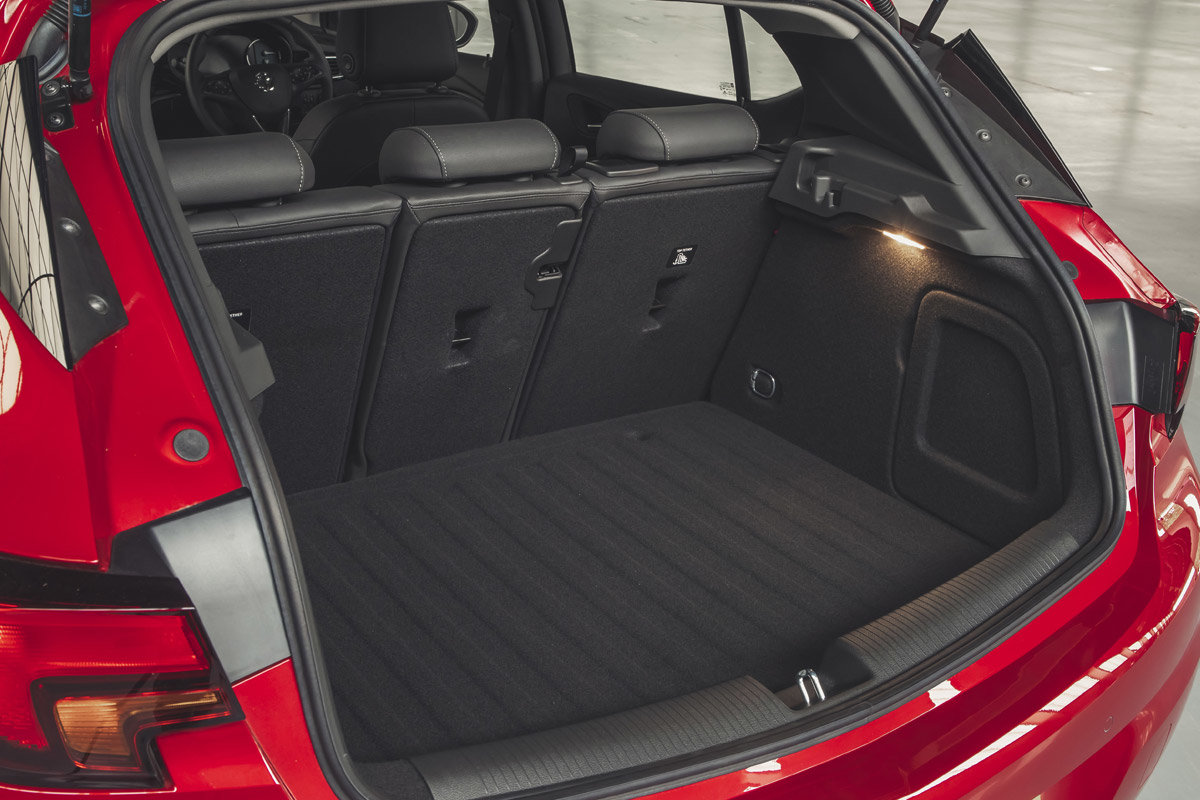 Buy a new Astra and it’ll come with a three-year, 60,000-mile warranty, which is comparable to most rival offerings. Ford, Skoda and Volkswagen, for example, offer the same warranty on their new cars.

If you’re considering an Astra simply because you want straightforward, no-nonsense, fuss-free motoring, you may well instead want to opt for a Kia Ceed because that comes with a seven-year, 100,000-mile warranty. Toyota and Hyundai also offer longer warranties than Vauxhall, which ups their appeal if you just want to keep things simple.

The Vauxhall warranty can be extended, though, and you’d probably want to do that because – unfortunately – the company doesn’t fare brilliantly on the customer satisfaction or reliability front. That’s not to say that a new Vauxhall is guaranteed to be unreliable, as there are plenty out there providing fault-free service, but the chance of you encountering a problem is higher than it would be if you went for a Toyota, Honda, Kia or similar.

On the plus side, there have only been a handful of recalls on the Astra. Similarly, outside of mileage- and age-related wear and tear, there aren’t many major issues to look out for if you’re buying a used Astra. Try and find one that’s been rigorously maintained properly and looked after, however, to minimise the chance of problems in the future.

If you’re set on a used Vauxhall Astra, you could consider getting one from Vauxhall’s approved Network Q programme. Every comprehensively checked used Astra offered comes with a one-year warranty, one year’s roadside assistance and benefits such as three days’ free insurance and a 30-day exchange pledge. 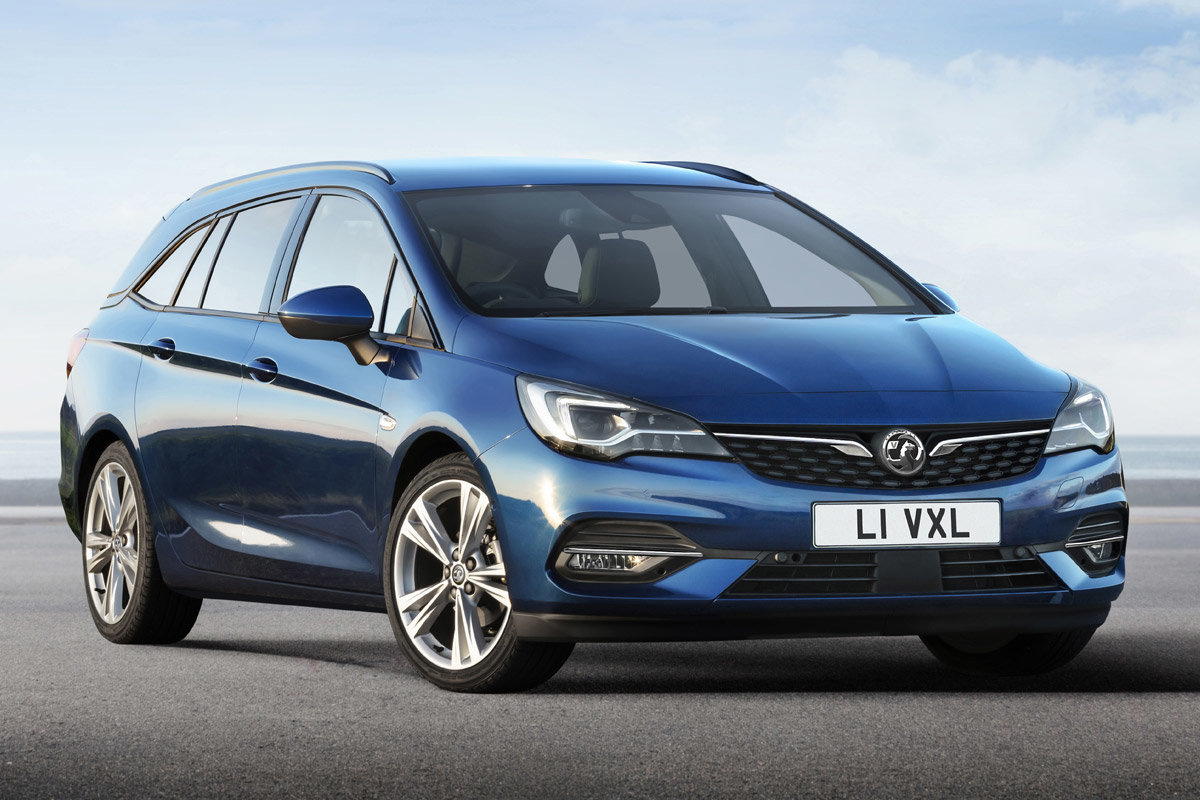 The Vauxhall Astra is by no means a bad car. It comes with lots of equipment, it’s practical, inoffensive to drive and the option of the Sports Tourer is great for those who need to haul more luggage around. Get one in a good spec, and with a mid-range engine, and it should prove a pleasant car to live with.

A new Astra will lose its value more quickly than many rivals, however. Other cars, such as the Ford Focus, are also better to drive and more refined. A Kia Ceed offers a far better warranty and reliability, a VW Golf feels of a far better on quality and a Skoda Scala has more boot space. All told, the competition often just serves up a more compelling overall package than that offered by the Astra.

That said, there’s still merit in considering an Astra, and doubly so if you’re looking at used cars. Because of their depreciation and lack of cachet, used Astras often cost considerably less than their competitors. This affordability, coupled with factors such as their good equipment levels and sensible running costs, can make them a tempting option.

Search for a Vauxhall Astra for sale on CarGurus.