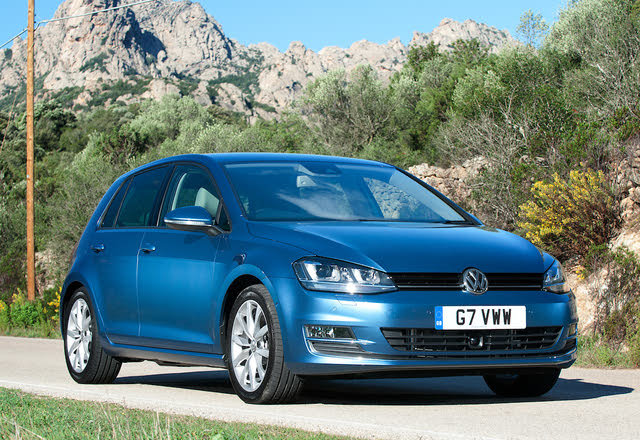 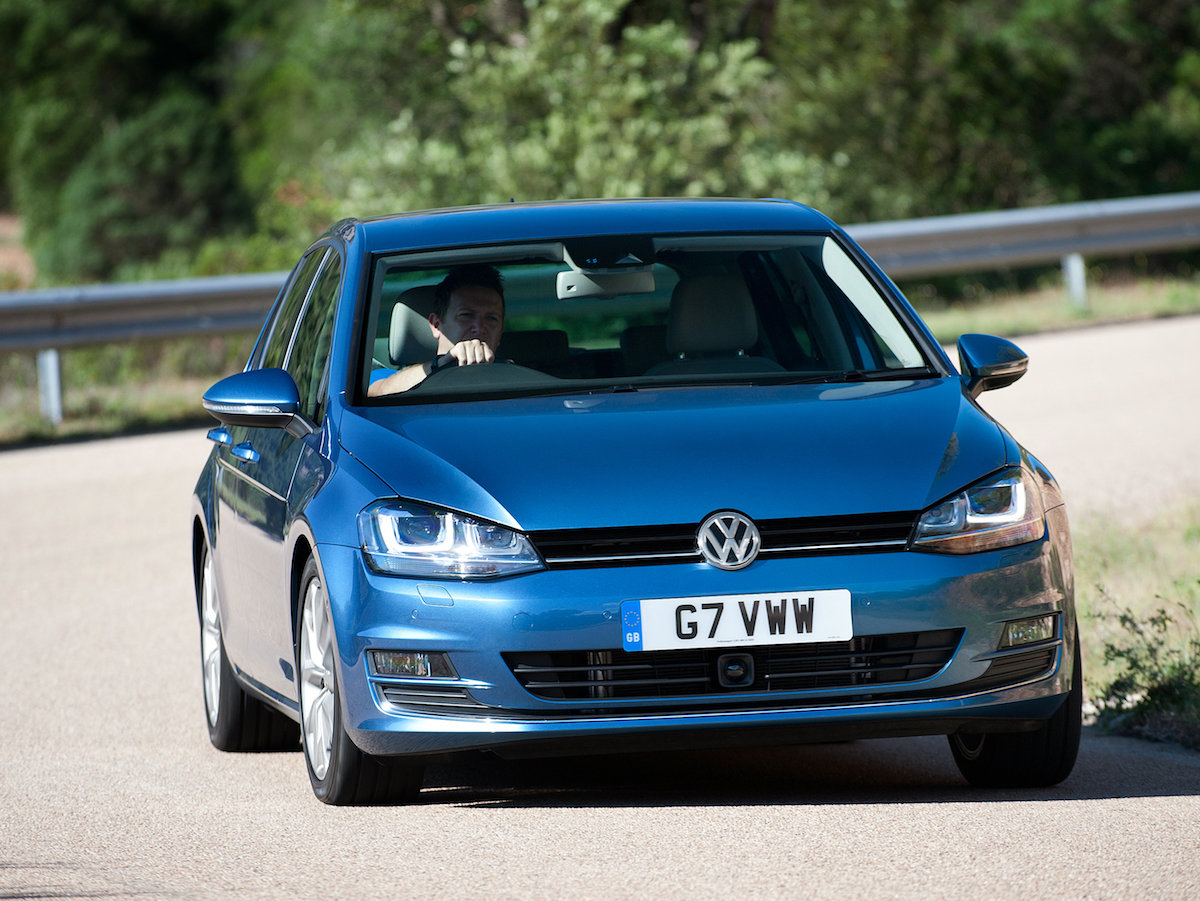 Volkswagen may not have invented the hatchback when it launched the Golf back in 1974, but it did create a premium product that all other car makers aspired to, and still do. Refined to drive and solidly constructed, the seventh-generation Golf remains one of the best and best-selling hatchbacks in the world, and is also available as an estate, cabriolet, and a sort of mini-MPV in the form of the tall Golf SV. 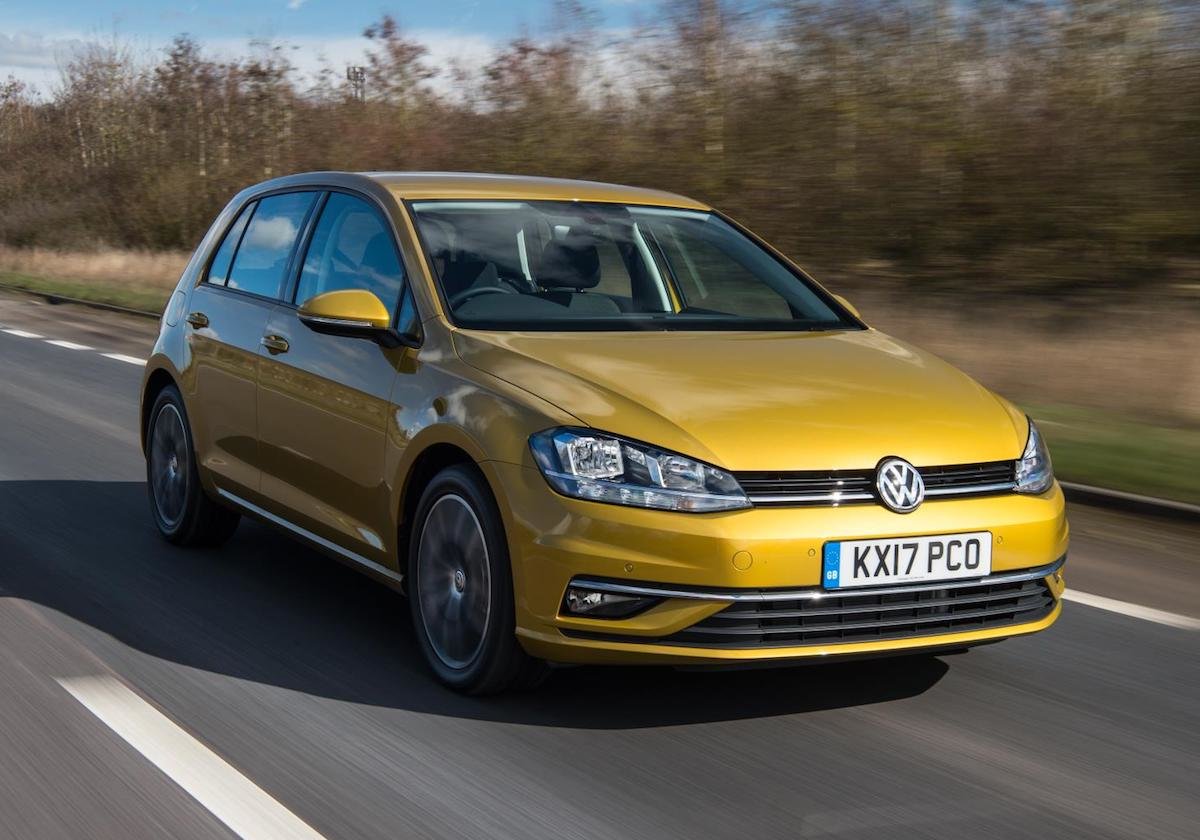 Even in sporty Golf GTI guise, the mk7 Volkswagen Golf is a neat piece of design rather than an exciting one, and the same could be said of its well made cabin. Dynamically – with the exception of the GTI and all-wheel drive R models – it trades thrills for all-round accomplishment and as a consequence is extremely easy to live with. It exudes a feeling of quality, which helps keep its residual values high – not so good when you’re buying one, but useful when you sell it again.

The mk7 VW Golf’s engine line-up comprises a broad spread of modern, technically advanced turbo petrol and diesel engines, as well as a plug-in diesel/electric hybrid model (the GTE), and a fully electric version, the e-Golf, claimed to eke out 118 miles from a single charge. Warm or hot hatch options include the diesel-powered Golf GTD and the petrol Golf GTI and all-wheel drive Golf R.

As admirable as the mk7 Golf’s dynamic make-up is, it has also suffered from several manufacturing hiccups, which we cover in this review. 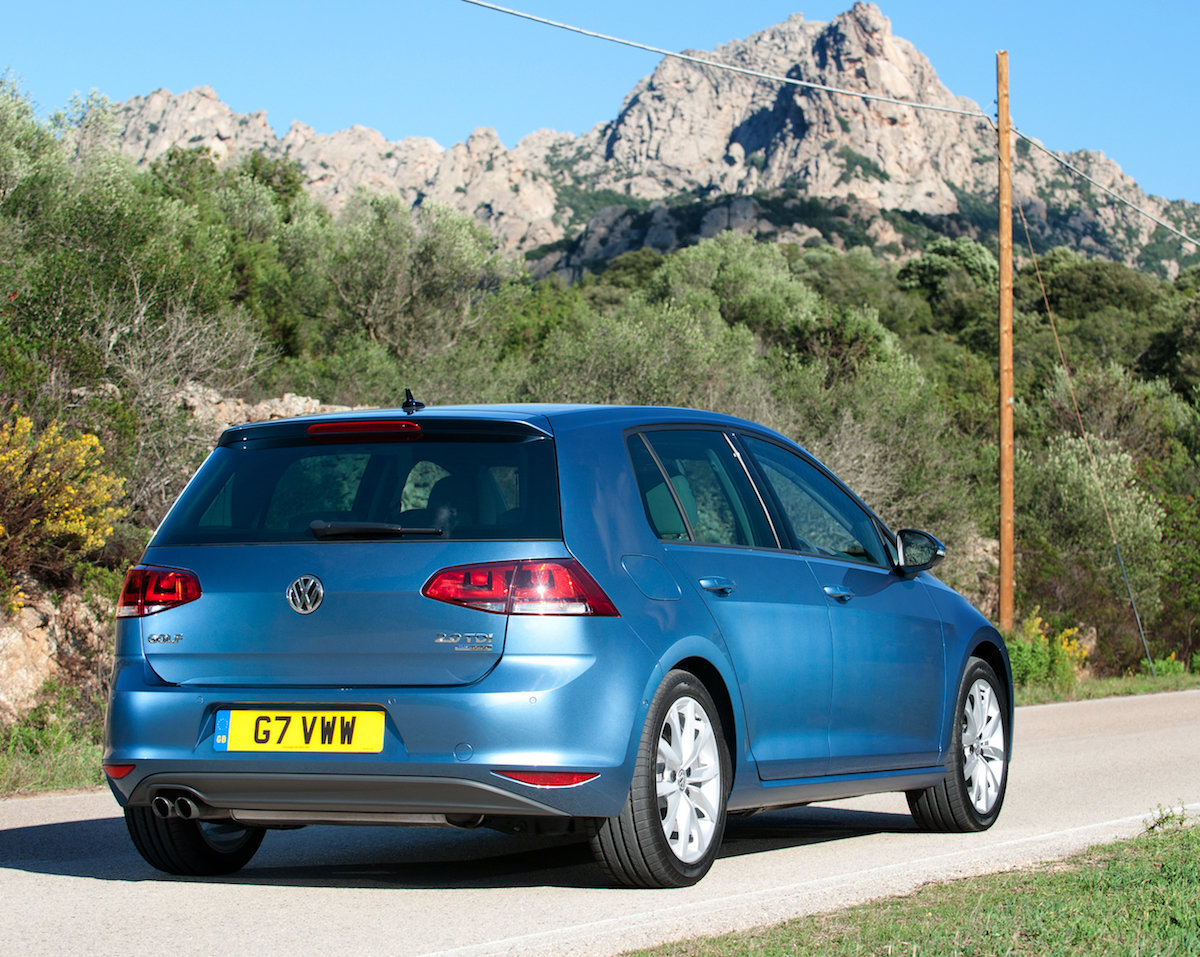 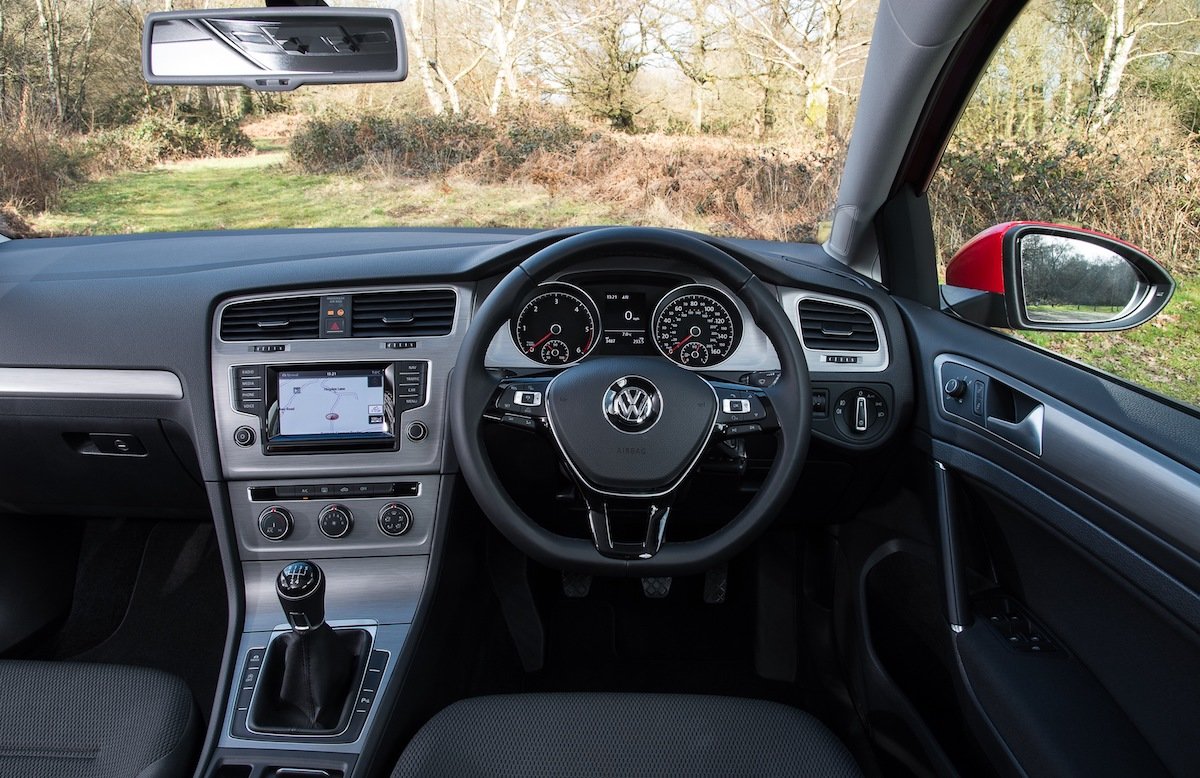 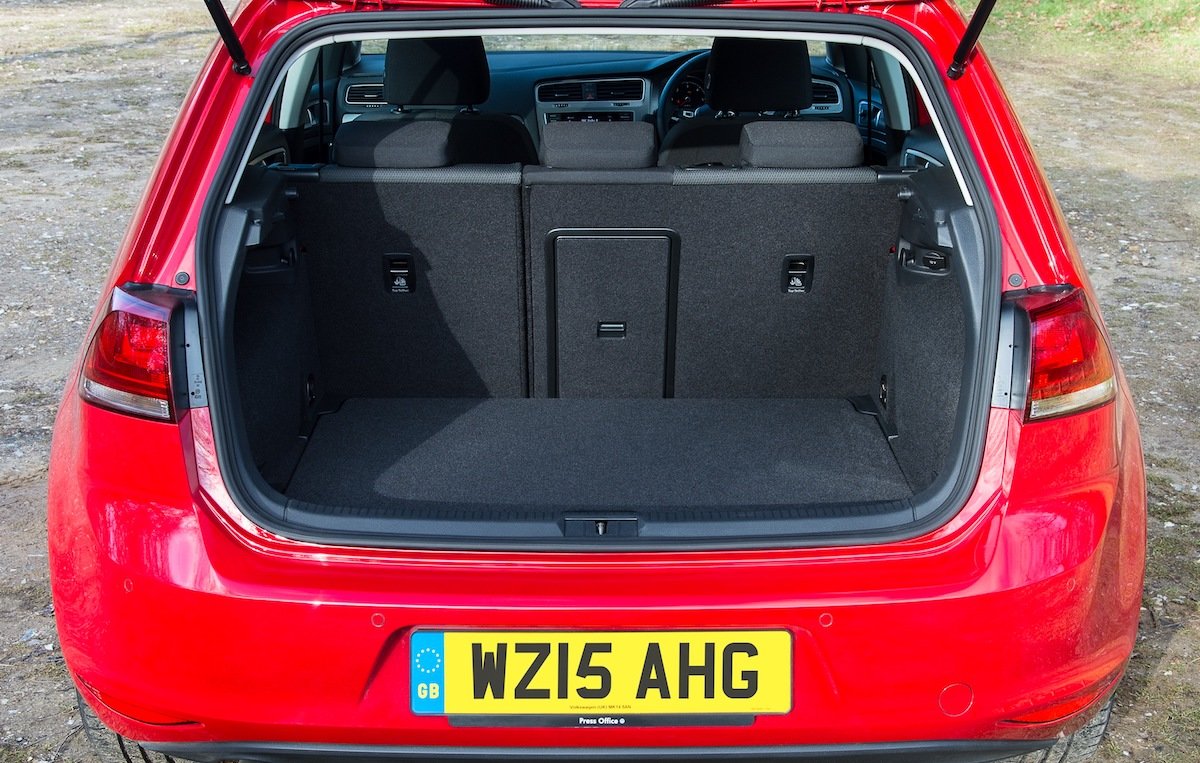 Because VW committed so many development hours to making the whole range of engines for the Golf mk7 clean and efficient, all but the high performance derivatives made before 2017 fall into the lowest annual Vehicle Excise Duty tax bands. In the case of the GTE hybrid and fully electric e-Golf there’s no VED to pay, nor any London Congestion charge, but against that you should weigh up the fact that both these cars are more expensive to buy than their internal combustion engine siblings – if you live near one of London’s zero emissions zones, though, the expense could be worth it.

Fuel economy across the range is excellent, with even the 2.0-litre GTI giving a claimed 44mpg despite its impressive high bhp figure. Claimed consumption for the GTE hybrid is an incredible 156.9mpg, but that’s based on the batteries for the electric motor being in peak condition and being able to charge every 20-30 miles – in the real world mpg figure is likely to average out at more like 55. In fact, most of the mk7 range will give you around that figure in regular driving, while economy-minded models such as the 1.6 TDI BlueMotion (with its claimed figure of 83mpg) should easily achieve numbers in the high 60s and early 70s.

As for insurance groups, the mk7 Golf ranges from group 11 for the 1.0 TSI S, through to 39 for the sportily inclined Golf R. Servicing is going to be a little more expensive than for a an equivalent Ford or Vauxhall, but Volkswagen does offer a fixed price servicing programme for cars three to 15 years old – prices for a minor service are from £179, while a major service (every 24 months or 20,000 miles, whichever arrives soonest) costs from £349. 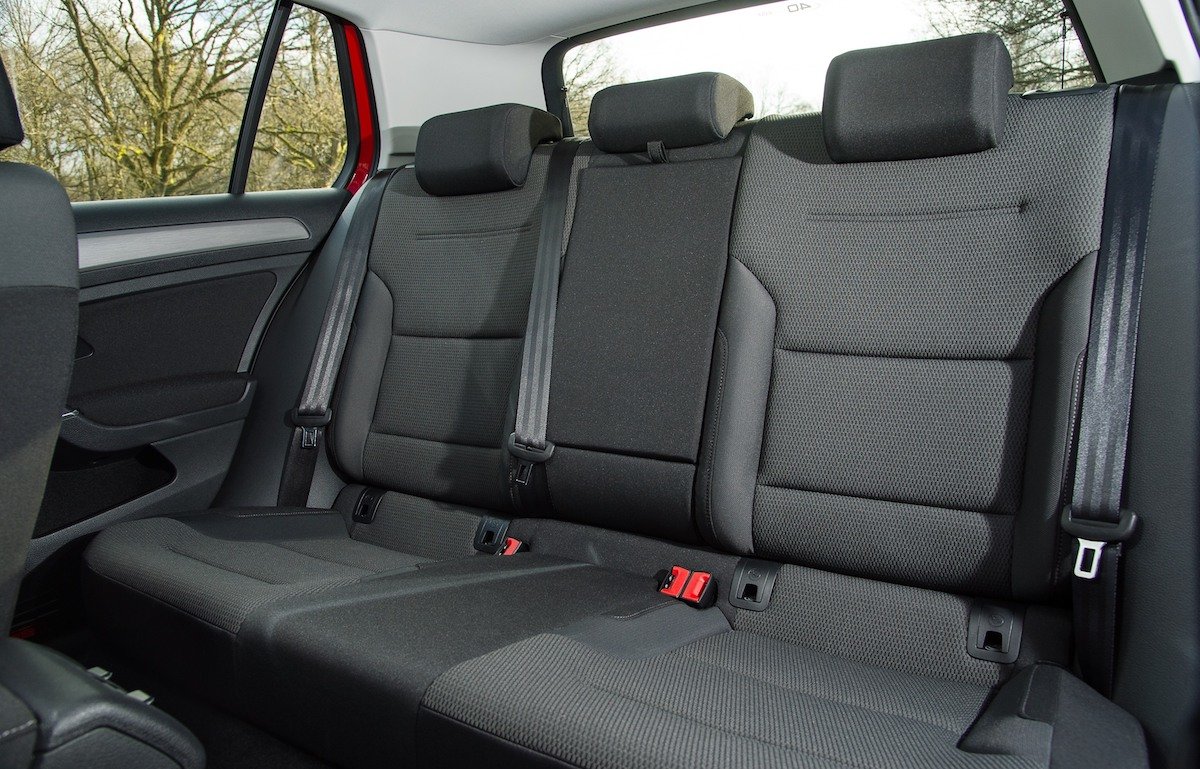 Dependable Golf? Hmm, in the case of the mk7, not always… A plethora of manufacturing problems and component defects has seen the car subject to a string of recalls, some of them quite serious. These include airbags and seat belt tensioners that potentially wouldn’t go off in an accident; a faulty weld in the gas generator for the airbags that could cause metal fragments to be ejected along with the airbag in a crash; child locks that unlocked themselves; disintegrating rear hub carriers that could result in a rear wheel falling off; too thin brake discs being fitted that could crack under really hard braking; weak welds on head restraint mounts that could fail in an accident; and defective front wheel bearing housings that might fracture.

Given the potential gravity of these failings it would be extraordinary if the Golf you’re looking at was missed by VW’s safety net, but we’d recommend that you check through an official Volkswagen dealer. It should also be stressed that these issues affected a comparatively small number of cars in each instance.

But those aren’t the mk7’s only woes. Although not as troublesome as in the mk6 Golf, the twin-clutch DSG automatic gearbox has been known to be jerky and erratic, even cutting power at low speeds, say on the exit to roundabouts, failing to engage gears, and even stopping the car altogether. The sensors on the optional Adaptive Cruise Control – which keeps you at a set distance from the car in front – can be overly sensitive to slight damage or even a crisp packet flying in front of them, and slam on the brakes unexpectedly: recalibrating the system costs about £350.

On a small number of petrol engines the timing chains have broken, causing catastrophic engine damage, and there are reports of premature turbocharger failures, too. Electromechanical handbrakes on some manual cars have randomly released themselves, and leaking dampers have been flagged up on the MoTs of three-year old cars.

When you're behind the steering wheel, the mk7 Volkswagen Golf is a mighty fine car to drive. It’s relaxed, comfortable, economical and faster than you might at first give it credit for. It’s often referred to as the best hatchback available, and that's even taking into account more premium rivals like the Audi A3, Mercedes-Benz A-Class and BMW 1 Series.

But reliability issues have dogged this seventh-generation Golf, meaning that a full service history is essential, as is a chat with a Volkswagen dealer to ensure that every piece of recall work has actually been carried out on the car you’re considering. And if you’re looking at a model with a DSG automatic gearbox, insist on a longer test drive to ensure that it changes gears seamlessly at all times.

Bear these points in mind and you'll have what is arguably one of the best all-round family hatchbacks of all time.