Preventing Car Theft: How to Reduce the Risk of Your Car Being Stolen

Having your car stolen is not only inconvenient, but also potentially frightening. That’s why it’s wise to follow a few sensible theft prevention precautions to keep your car safe.

To begin with, it sounds obvious, but never leave your car unlocked. Although most new cars have remote locking, rather than simply walking away and pressing the button, car owners should look and listen to make sure the indicators flash, the locks engage and the car alarm is armed. This will not only ensure that your remote doesn’t have a flat battery, but it will also guard against car thieves who use devices that block the signal from your remote, thus leaving the car unlocked.

If your car is one of the growing number that features keyless entry and locking, it pays to double check that the car has actually locked before you've walked away. There will usually be a touch-sensitive area or button on the driver's door handle that will lock the car if you press it.

The same principle about locking your car applies when you’re on the move. Many cars have an auto-locking function that locks the doors when you drive above a certain speed. But you should check the handbook to see how this operates, because it could save you in an attempted carjacking. 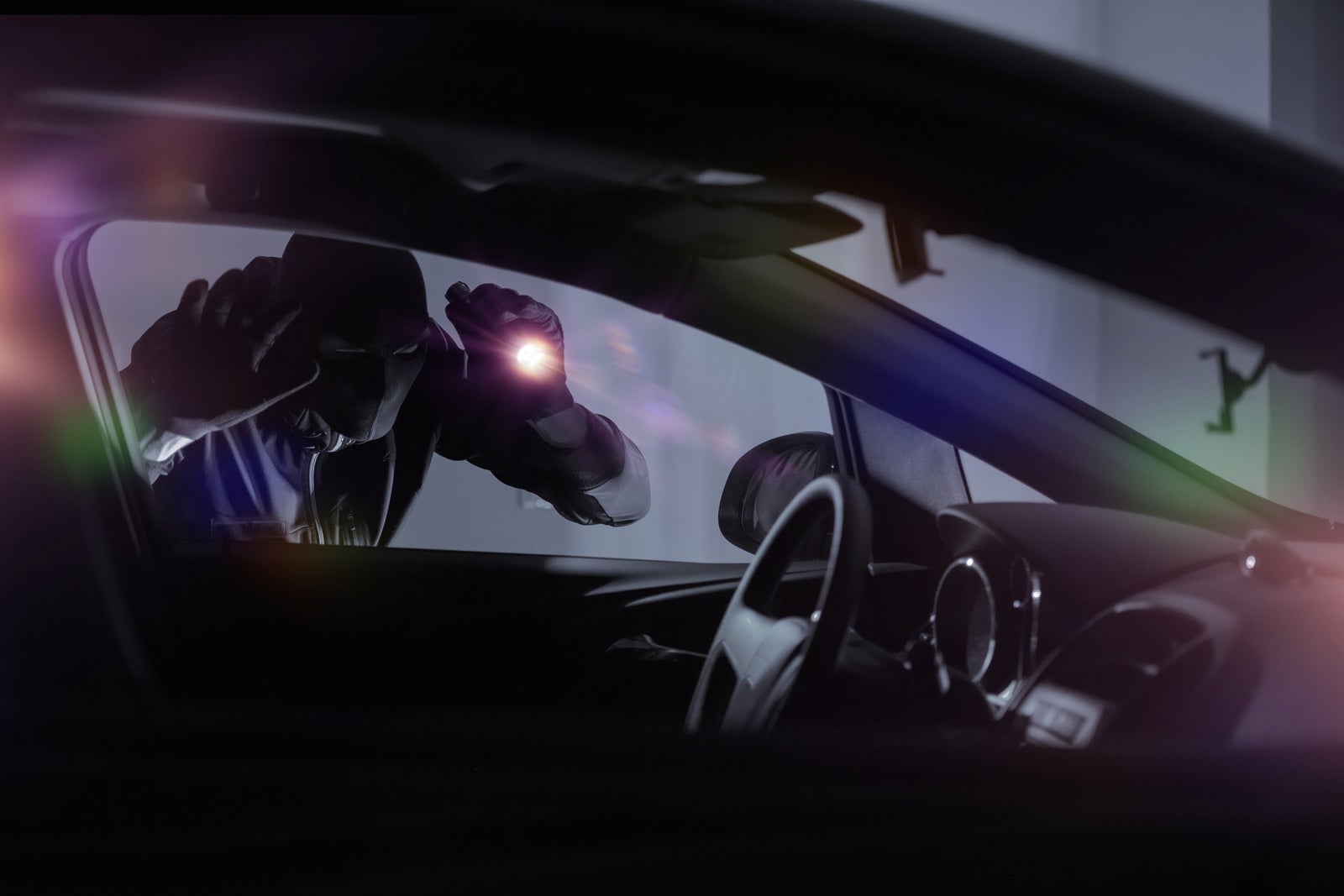 Leaving valuable items on display is one easy way to make your car a target for prying eyes. Ideally you should take items such as phones, wallets, and satellite navigation units with you when leaving the car, but if you don’t want to carry them around, at least hide them from view in the boot or glovebox. It’s not just obvious items that thieves will target, but also less conspicuous things such as jackets—just in case they might contain cash, credit cards, or the like.

Remember, too, that thieves will not only pinch what’s in your car, but also what’s on it. If you’re transporting a bike, make sure you have securely locked it to the carrier, Likewise, roof boxes should be locked shut, and alloy wheels should be attached with a locking wheel nut.

It’s not uncommon for vehicles to have car alarms or immobilisers, but it doesn’t hurt to put a small sticker provided by the car alarm manufacturer in the window saying as much. In addition, you could consider buying anti-theft devices, such as a steering-wheel or gear-lever lock. While not impenetrable to an experienced thief, these heavy-duty items, which prevent the car’s controls from moving, will at worst slow things down and at best convince the would-be thief that your car isn’t worth the extra effort.

For more valuable cars, a tracker, which follows the location of your car via GPS and possibly a radio signal, is also worth considering (indeed, it might even be a condition of your car insurance). These are more expensive than something more rudimentary – like a steering-wheel lock – and require you to pay an annual subscription on top of the purchase price, but they will give the police a much greater chance of finding the car if it gets stolen. 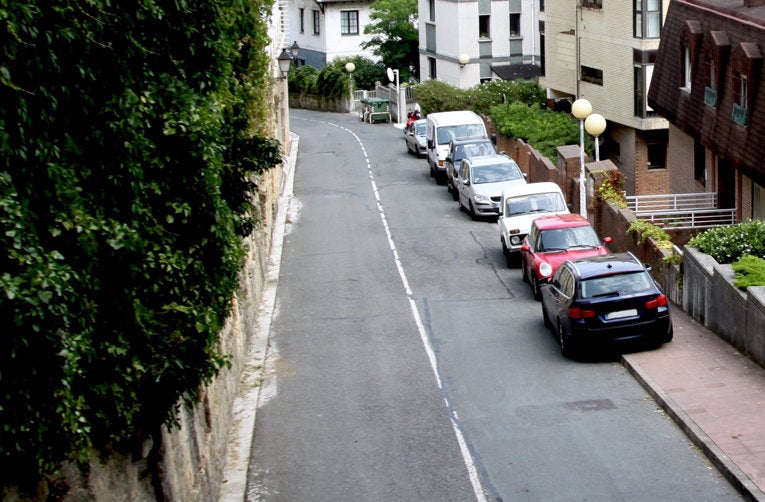 The difference between having your car stolen or not could come down to something as simple as where you chose to park. Obviously you’ll want to avoid any areas that look dodgy or have a reputation for crime, but parking amongst other cars can make it more likely that any would-be thief is disturbed, and looking for areas covered by CCTV can also decrease your chances of theft. Many dedicated car parks will have these deterrents.

A garage is the safest place when parking at home, but failing that, try to get near enough to your house to be able to see or hear if anybody shows an unhealthy interest in your car – if it’s in a well-lit area, all the better. For this reason a motion-activated security lamp on your driveway is an easy-fit deterrent. If you’re still worried, a CCTV system could help police identify perpetrators.

Parking with your car’s wheels turned will also make it harder to tow away, as will leaving it in gear (or Park for an automatic). 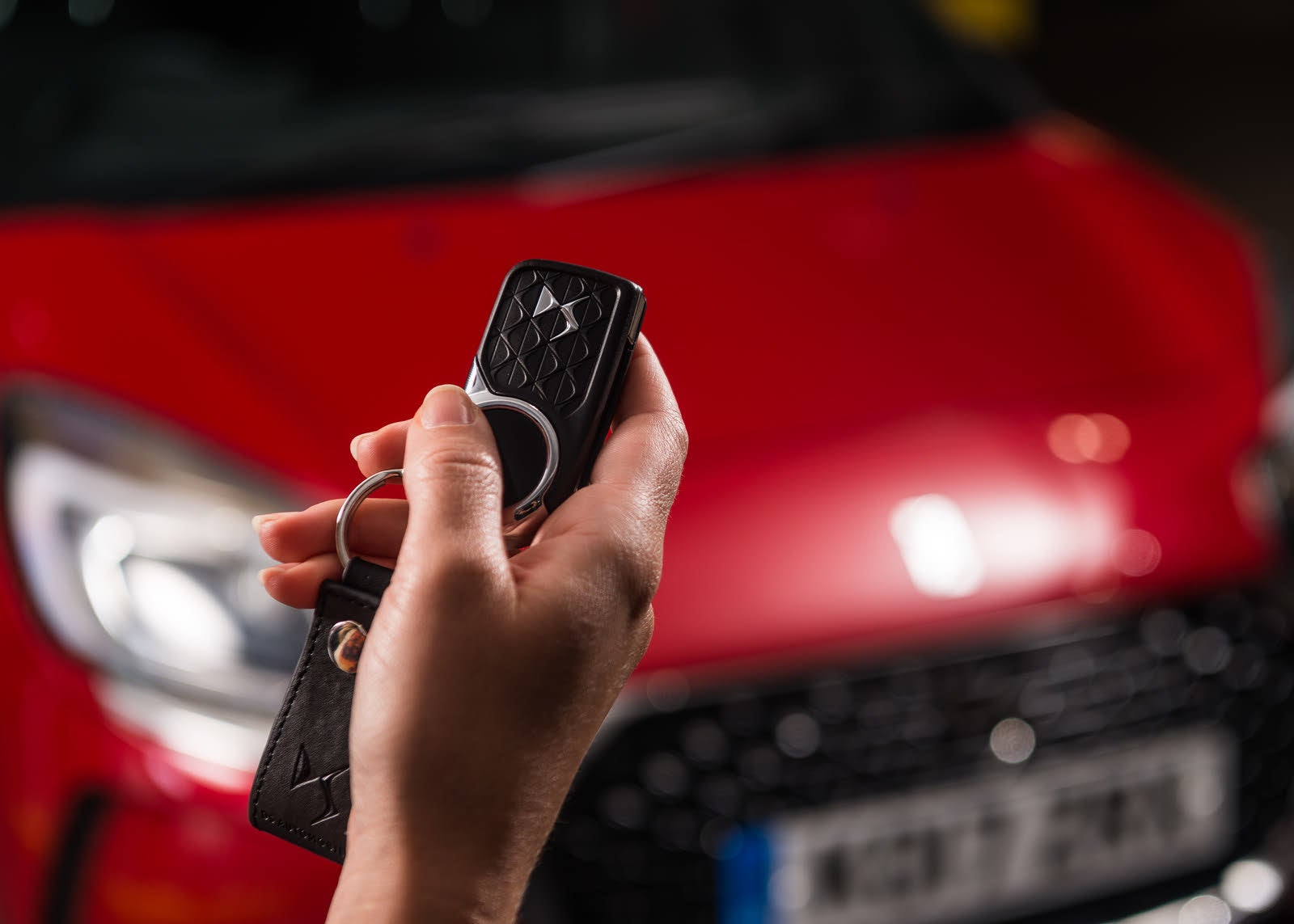 As the security of modern cars has improved, so criminals have realised it is generally easier to steal the keys than break into the car without them. Unfortunately, this could mean that it’s your house that gets targeted, rather than simply your car.

Keep your car keys out of sight and out of reach of somebody reaching in via a window or the letterbox (thieves have been known to ‘fish’ for keys with a piece of wire), but still somewhere obvious enough that should somebody break in to your house, they will find the car keys before resorting to any confrontation.

Remember that if your car has a keyless entry system, it's susceptible to a form of vehicle theft called 'relay theft'. This is where car thieves use sophisticated electronic relay devices to hijack the key signal and trick your car into thinking the key fob is nearby, so that they can open and start it. It's difficult to guard against this sort of keyless car theft, but you can help to prevent it by storing your car keys well away from from the front door and windows and as far away as possible from your car. You can also buy a signal-blocking Faraday bag in which to store the keys when they're at home, which can help protect against a relay attack.

Car thieves might also target your number plates, fitting them to another car before using it to commit crimes such as filling it with petrol and driving off without paying or evading speeding fines.

If you’re particularly concerned, you can buy number plates that break if somebody tries to remove them, but at the very least you should report stolen plates to the police as a matter of urgency. 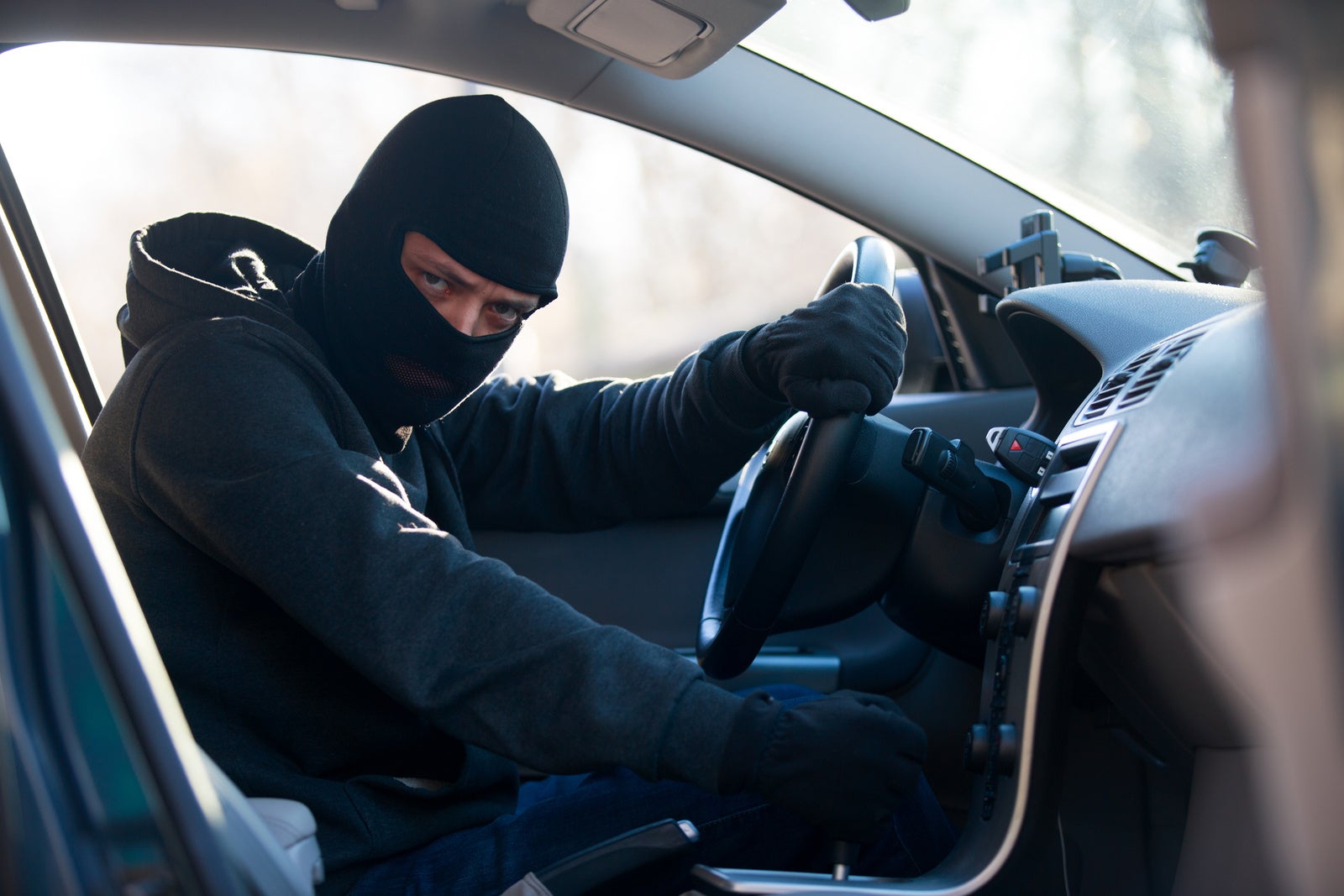 One of the latest tactics adopted by car thieves is to steal a car and then park it on a quiet side street for a few days to ensure it hasn’t been fitted with a tracking device. Given this, if your car is stolen, it can be worthwhile to ask a friend to drive you around the local area whilst you keep an eye out for it.

It might be tempting to leave your car running on those cold winter mornings to let the screen defrost while you step back inside to have a warm cup of tea. However, you might as well send an invitation to opportunist car thieves, who can simply get in and drive away. Worse still, because it was you who left the keys in the car, you most likely won’t be covered by your insurer. So find some warm clothes and stay with your car. 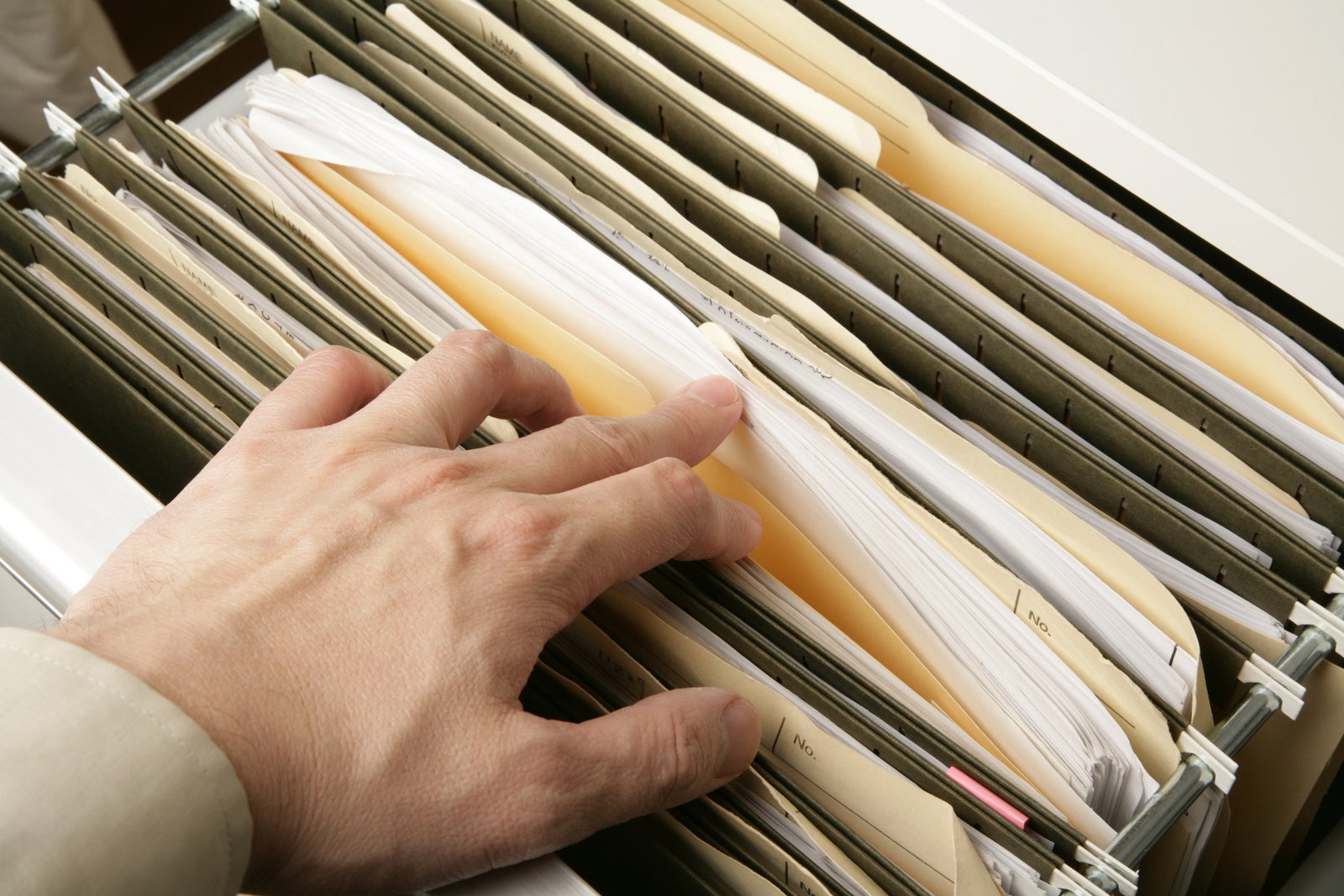 While it is generally useful to keep your car’s instruction manual in the glovebox, all other documents should be stored in a safe place at home. In particular, a thief with both a car and its V5C registration document can more easily sell your car to an unsuspecting victim, which will cause everybody a lot of hassle.

What Is Thatcham Approved?

Thatcham Research is the insurance-industry-backed body that has been working to improve car security since the introduction of its New Vehicle Security Assessment (NVSA) in the early 1990s. It tests car safety accessories ranging from alarms and immobilisers to trackers and wheel locks, listing those that pass its rigorous criteria as ‘Thatcham Approved’.

As such, choosing a Thatcham Approved security device for your car not only means it meets a certain standard, but that you should also receive access to cheaper insurance.