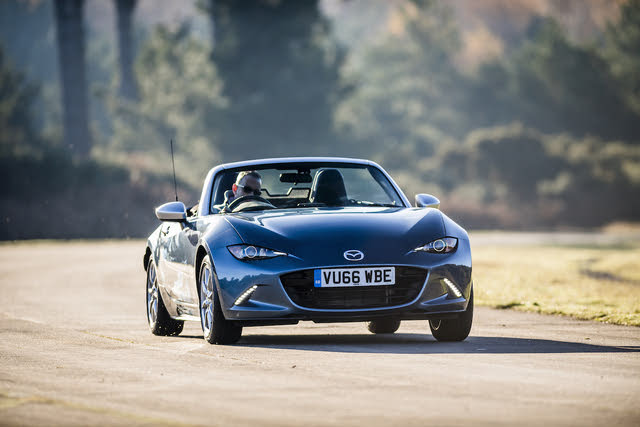 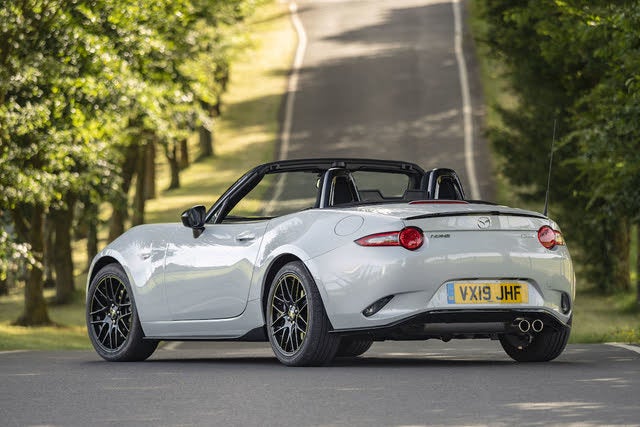 Launched in 2015, the MX-5 mk4 is roughly the same size as the original MX-5 from 1996, and weighs about the same, too – that’s quite some feat of engineering given that the need to meet modern safety legislation generally means cars get bigger and bigger: look at the MINI hatchback. Being modest of weight and dimensions allows the MX-5 mk4 to have modest-sized engines, too, and yet remain a spirited performer. The basic engine in the car is a 1.5-litre four-cylinder producing 129bhp and capable of propelling the rear-wheel drive two-seat roadster from standstill to 62mph in 8.3 seconds and pressing on to a top speed of 127mph. Above that sits a 2.0-litre unit that initially produced 158bhp but in 2018 was revamped to boost the power to 181bhp: the latter handles the sprint in 6.5 seconds and has a top speed of 135mph.

The Mazda MX-5 RF (for Retractable Fastback) was introduced in 2017 with coupe-like styling and a hard-top metal roof panel that stows electrically behind the seats. Roof panel stowed, the RF is more targa than convertible, but it’s still a blast despite some wind noise coming off the buttresses behind the cabin, particularly at motorway speeds. 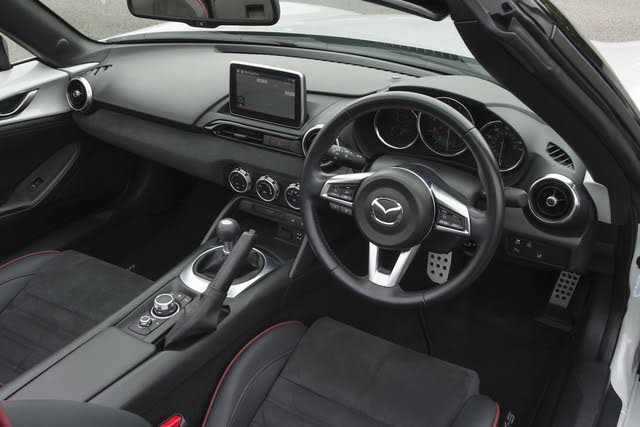 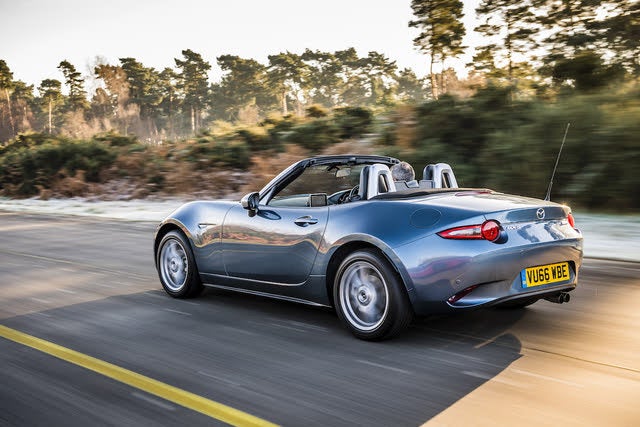 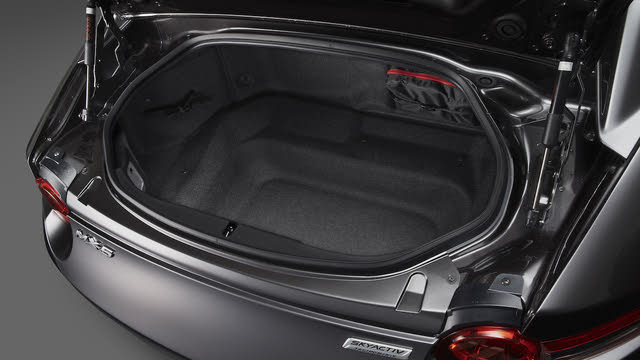 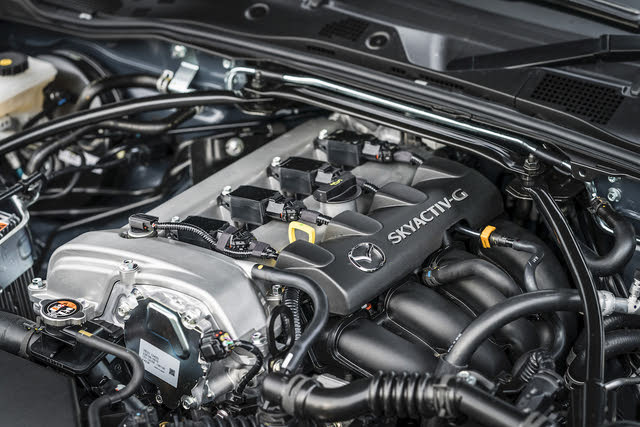 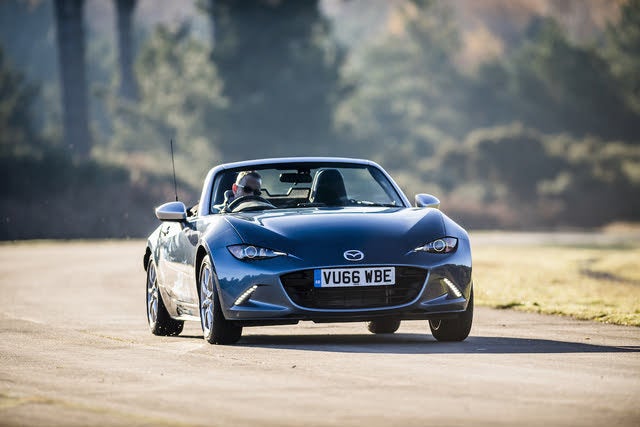