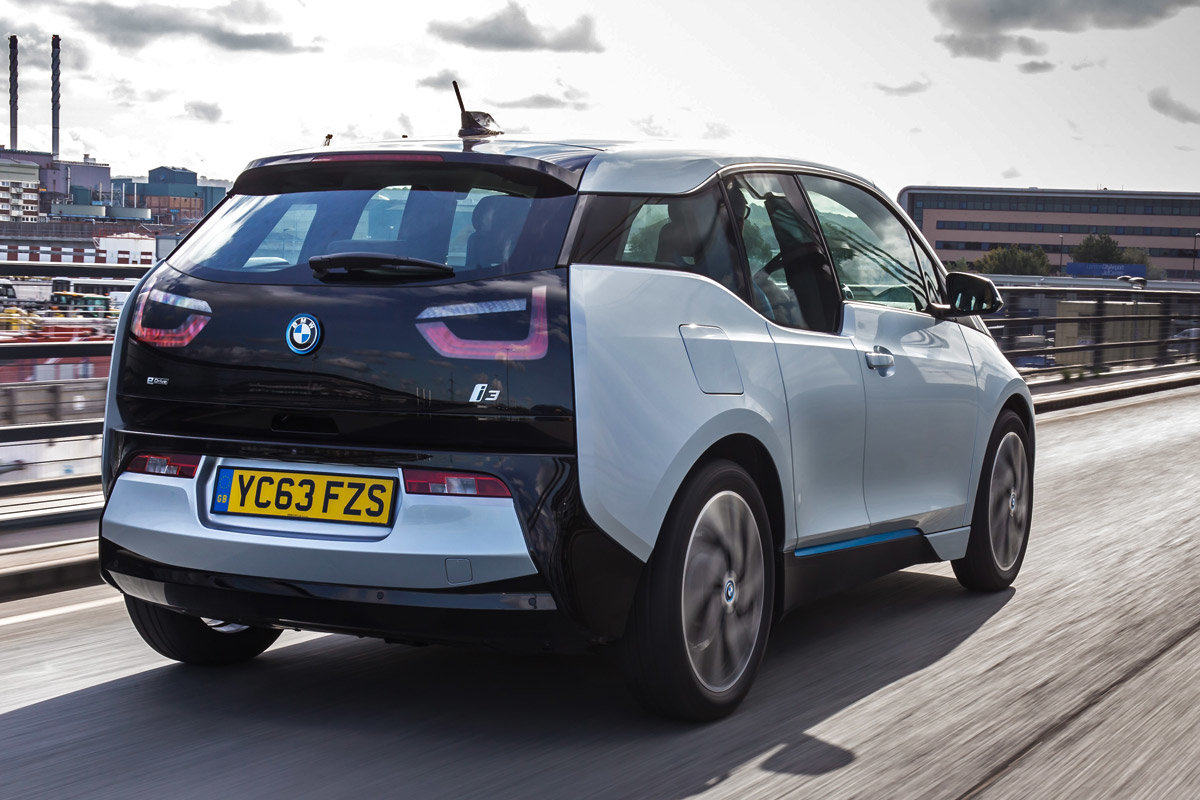 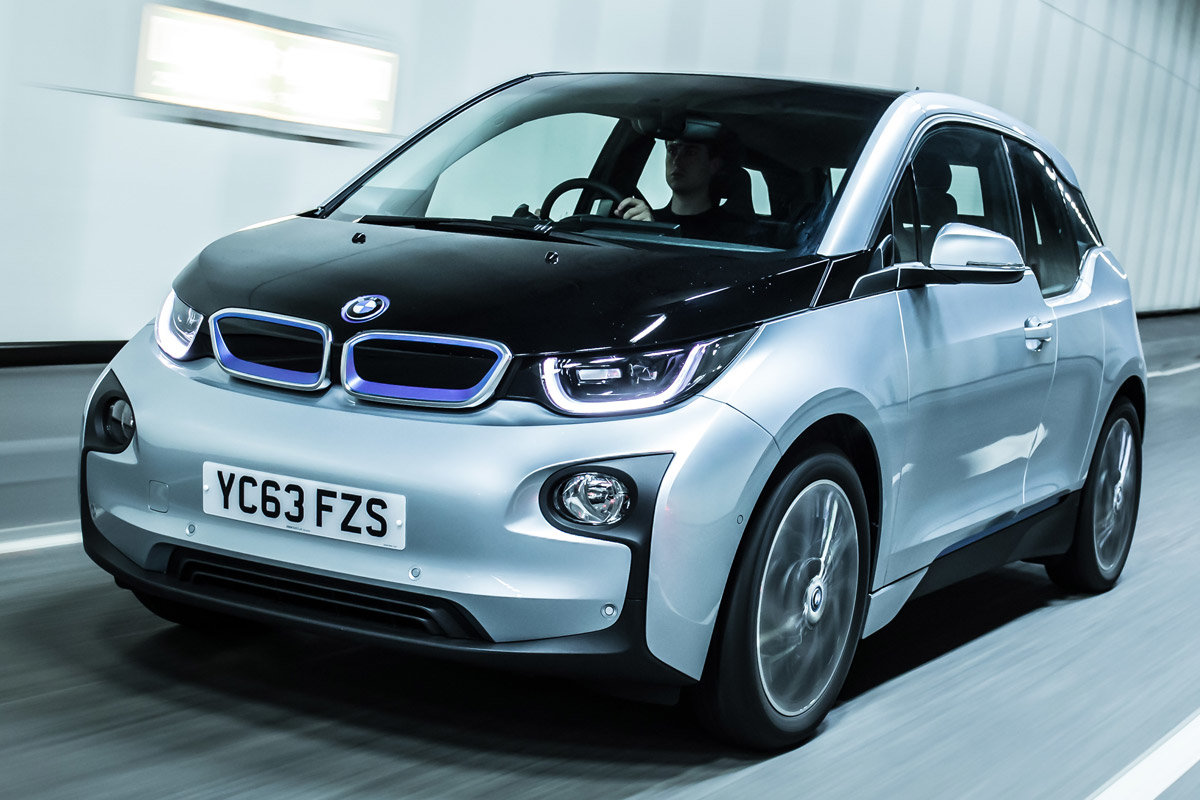 BMW’s i3 is a distinctive, forward-looking and captivating electric city car that was launched in 2013. Despite its age, it still feels and looks modern, and a series of battery improvements have helped improve its range and sustain its appeal. It remains an interesting option, too, but it’s an expensive one that’s often bettered by more practical and longer-range alternatives. A Range Extender variant was offered, however, which does offer some obvious advantages. 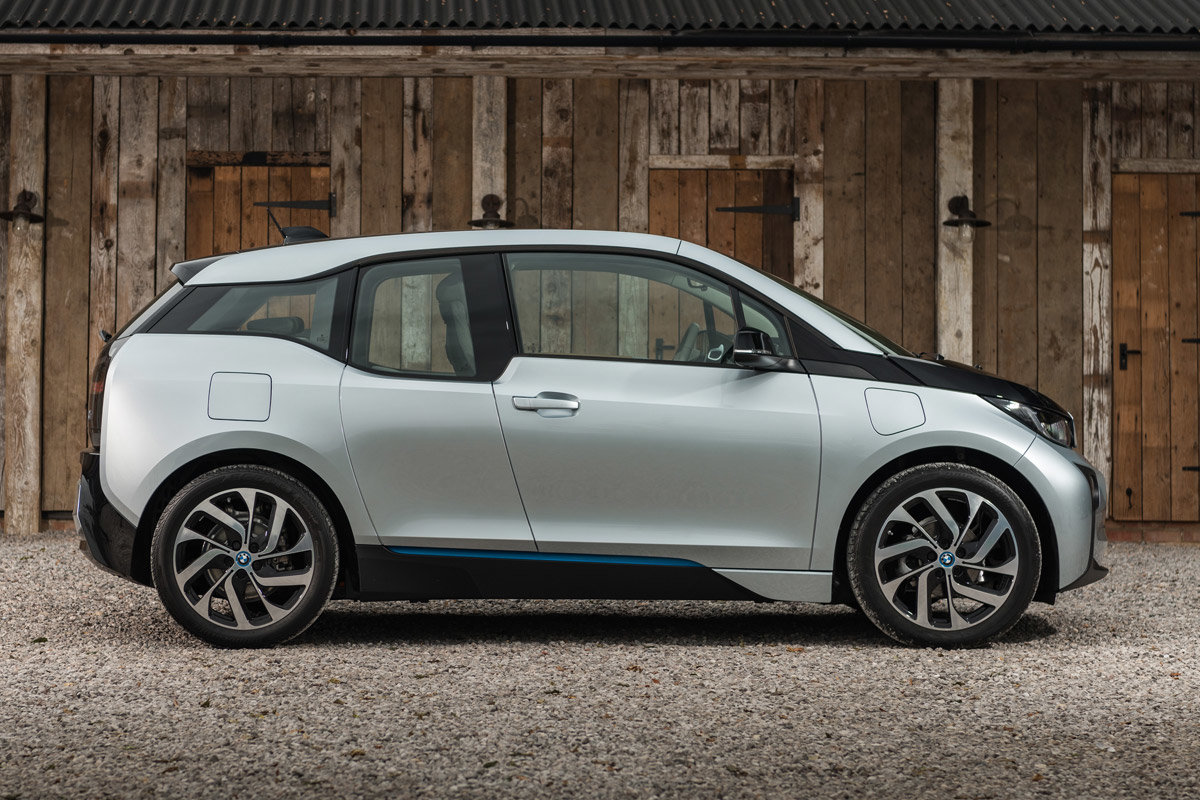 The BMW i3 is a compact premium electric car that rivals mainstream offerings such as the Renault Zoe, Nissan Leaf and Volkswagen e-Up.

It was launched in 2013 and formed a founding part of the then-new BMW i sub-brand, which aims to offer environmentally friendly and sustainable motoring. And, unlike many electric cars of the time, the i3 was designed from the ground up as a zero-emissions vehicle.

At its core is an innovative carbon-fibre passenger cell, draped in thermoplastic panels, which sits on an aluminium chassis. The electric motor, battery and energy management system are integrated into a drive module, which is embedded in the i3’s chassis, resulting in a handling-improving low centre of gravity.

There are a few practicality issues, however; there’s space for four adults inside but with no middle seat in the rear you don’t even have the option of squeezing in a fifth person. The rear-hinged doors also have their quirks. On the face of it they make access to the rear seats incredibly easy – but only if you have enough space around the car to open the front doors first. For those who park in tight spaces and regularly intend to carry passengers the unusual door arrangement may get frustrating.

Space in the front is excellent, however, with enough room for tall drivers to stretch out and a useful amount of in-car storage, too. BMW’s bold design and clever use of materials also ensure that the i3 still feels contemporary today, almost a decade after it was launched.

The boot is quite small, although if you don’t have passengers using the back seats you can fold down the backrests to extend the load bay. Thankfully there’s room under the front bonnet to store the charging cable, although we’d recommend investing in a waterproof back to store it in.

The i3’s rear wheels are driven by an electric motor that delivers 168bhp and 184lb ft, which is enough to propel the lightweight BMW from 0-62mph in some seven seconds, although there are some slight variations in the numbers depending on model and year.

Initially, the i3 had a 22kWh battery that permitted a range of 80-100 miles, while a petrol-assisted Range Extender model granted travel beyond that. Later, battery upgrades resulted in a far better EV-only range of up to 192 miles.

As you’d hope for a BMW, even the basic i3 is a more compelling car to drive than most alternatives. It’s fun, thanks in part to slick, accurate steering and the typical responsiveness of an electric powertrain, and its low weight bolsters its agility further. The ride can be a bit stiff and nervous-feeling at times, which can make it tiring on longer journeys, but its manoeuvrability and size make it easy to drive around town.

Ride aside, it is an otherwise comfortable car and the stylish, well-equipped interior certainly matches the premium price.

The i3 certainly delivers high-end design inside, with it featuring an appealing cabin that makes use of natural fibres. The i3 is also well equipped; even at launch, standard features included LED daytime running lights, automatic wipers and lights and a media system with navigation, DAB radio and Bluetooth connectivity.

BMW would further build on the i3’s design and driver appeal with the introduction of the i3s in 2017, which delivered higher performance and a more sporting driving experience. An extensive array of options is offered as well, including a Harmon Kardon sound system and a range of what BMW calls ‘Interior Worlds’.

Despite its innovative construction, the i3 only attained a four-star rating in Euro NCAP crash testing in 2013. That isn’t a bad result by any stretch, but more conventional offerings such as the Renault Zoe were awarded the full five stars.

While the BMW i3 has its charms, such as its elegant interior and innovative engineering, it remains a costly option, and one that has limited practicality and range compared with other less expensive all-electric rivals. It’s consequently a little difficult to recommend but, if you are smitten by its styling and substance, you’ll find plenty to like about the ownership experience. 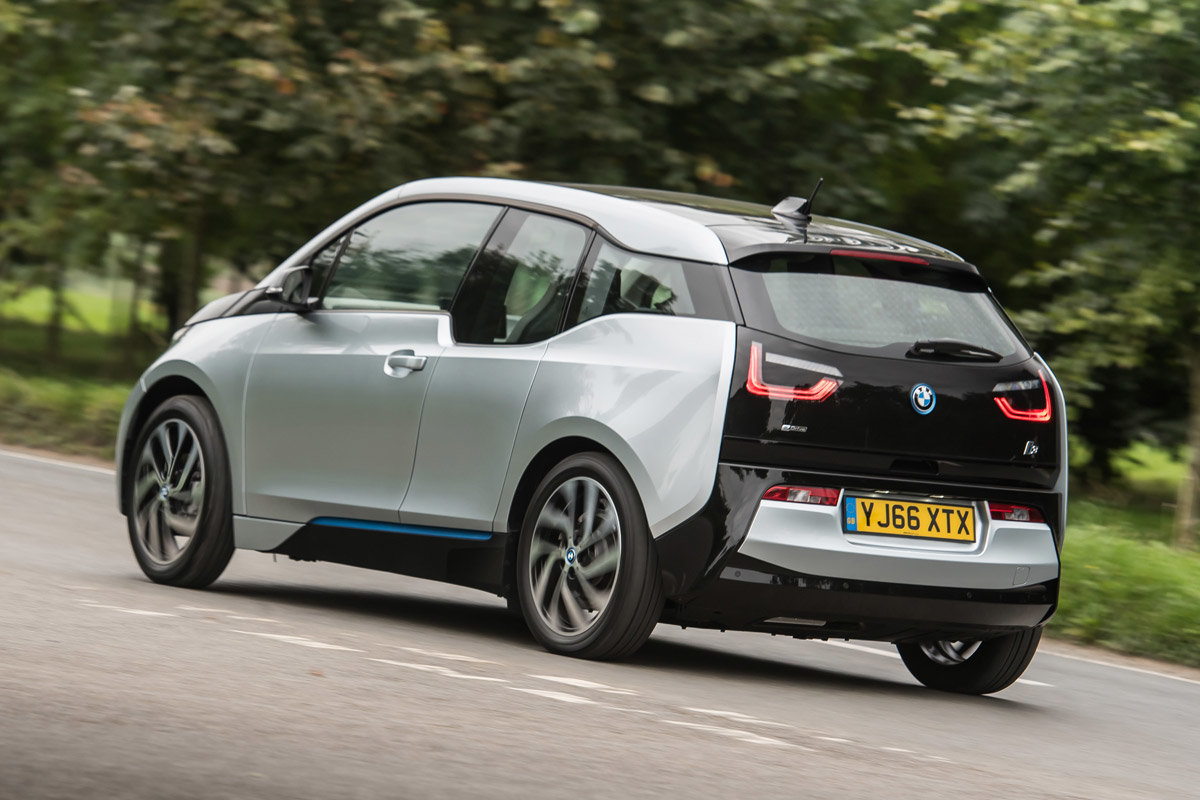 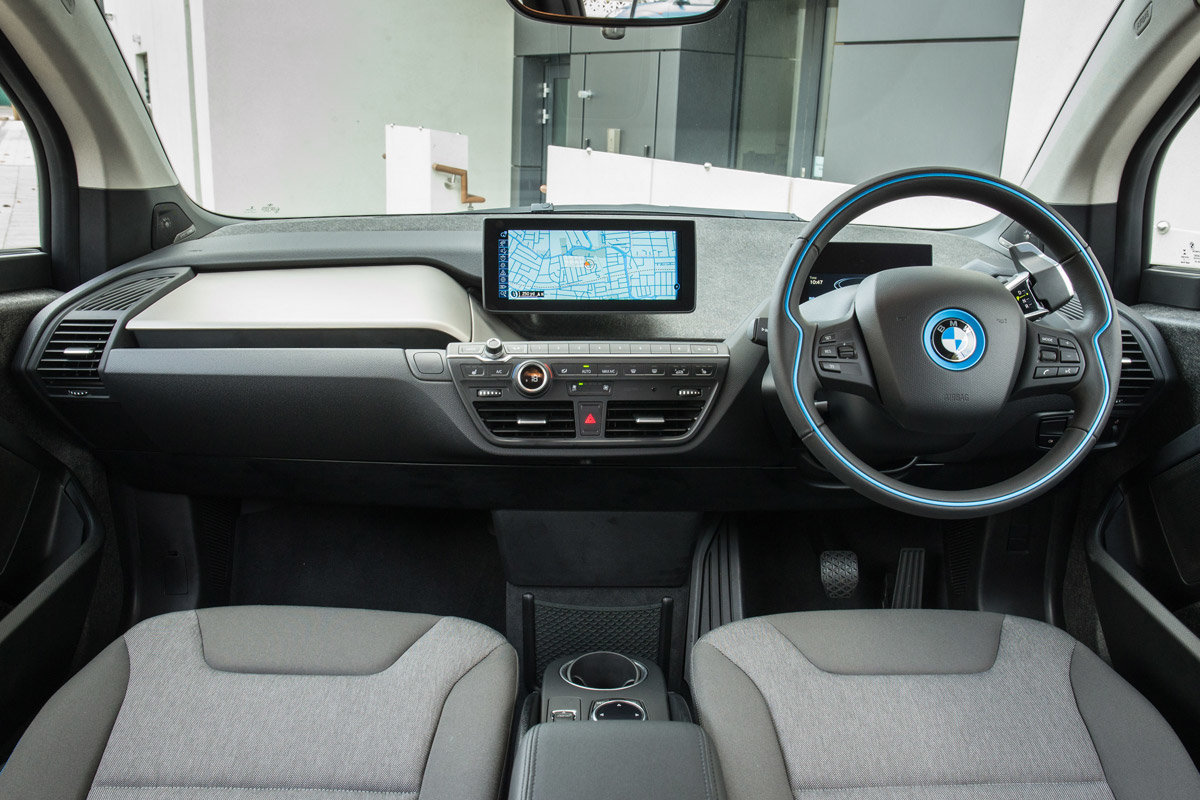 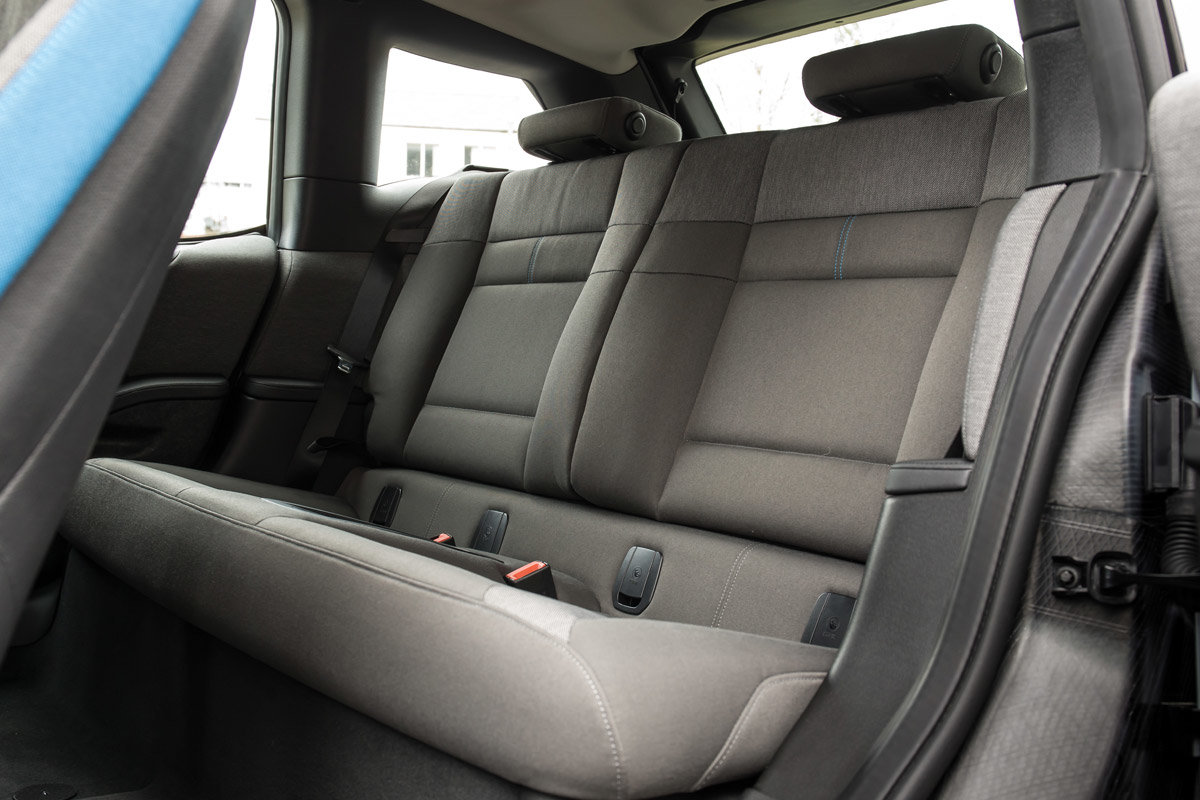 A BMW i3 might not be a particularly affordable car, particularly compared with other all-electric offerings that often have a longer range, but its running costs should prove low.

In terms of VED, the standard i3 is a pure electric zero-emissions vehicle, so there is no annual tax to pay. The now-defunct Range Extender model also benefitted from no-cost VED, as it was claimed to emit just 13g/km of CO2.

The cost of charging the i3 will vary depending on your electricity supplier if charging at home, or the cost of the charging point you’ve hooked up to; in any case, the cost is unlikely to cause any concern. BMW, as a case in point, currently claims that 10,000 miles a year in an i3 would cost just £135, based on standard electricity costs and a WLTP range of 182-188 miles.

Fortunately, there are a variety of guides and tools out there that can help you calculate your annual charging costs. Similarly, with the previous Range Extender model, BMW claimed a heady average of 470.8mpg, so fuel costs, provided you keep the battery topped up, should prove negligible.

What’s also useful is that the i3, like all electric cars, is less complicated than its conventional petrol and diesel counterparts. This means potentially improved reliability and lower servicing costs which, when coupled with good residual values, can help take some of the sting out of the initial purchase price.

For new versions of the i3, BMW offers a pay-monthly service plan that makes it easy to control costs. You’ll pay £15 a month for 36 months using this scheme, bringing your total servicing costs over three years to £540, or what sounds like a tolerable £180 a year. The all-electric i3 generally only requires servicing every 24 months or 18,000 miles, however, so you may only get one visit out of that.

The servicing is based on usage, that said, so the mileage and time between services may vary. Nevertheless, it’s a point worth discussing with the dealer. The pay-monthly plan does include some other benefits, though, including valets, fluid top-ups, health checks and satnav map updates. An array of service plans are also available for used cars, which again will let you get a handle on what to expect in terms of outlay.

Older Range Extender models will require a little more attention, including oil changes and very intermittent spark plug changes, but servicing costs should not be a problem.

Do check insurance costs before taking the plunge, though, as some i3s sit in a higher insurance group than some might expect. Tyres can be quite costly, too, with most name-brand offerings coming in at around £140 a corner. And, of course, you may have to consider the cost of fitting a home charging point. 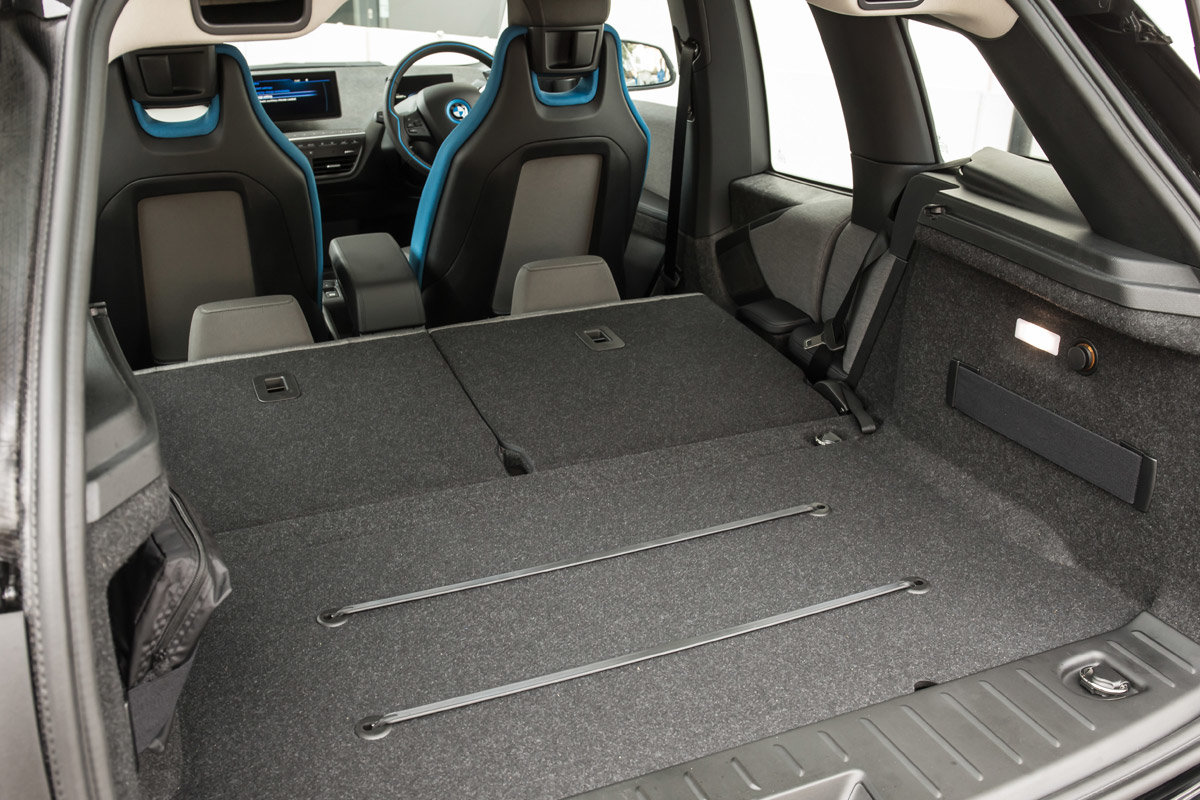 A new BMW i3 will come with a three-year, unlimited-mileage warranty. It will also come with an eight-year, 100,000-mile battery warranty, which should serve to quell the concerns of buyers worried about that facet of electric car ownership. BMW i Mobile Care is included as well, which provides benefits such as roadside or home assistance in the UK.

The lack of a lengthy main warranty is an annoyance and compounded by the fact that BMW can be a mixed bag when it comes to reliability and customer satisfaction. Some owners do report problems with i3s, too, particularly early ones. Given the nature of the cars, it’s best to ensure that you have a decent warranty on any used example if possible.

One saving grace is that even the earliest cars came with the eight-year, 100,000-mile battery warranty. Independent specialists are also starting to pop up, which could serve to make dealing with problems less costly and time-consuming. Recalls have also been few and far between but, regardless, it’s worth considering a BMW warranty extension on the rest of the car if possible for peace-of-mind.

An approved used BMW i3 could be a good route for some, as they are comprehensively inspected and serviced before resale and given a 12-month, unlimited-mileage warranty and 12 months’ roadside assistance cover. 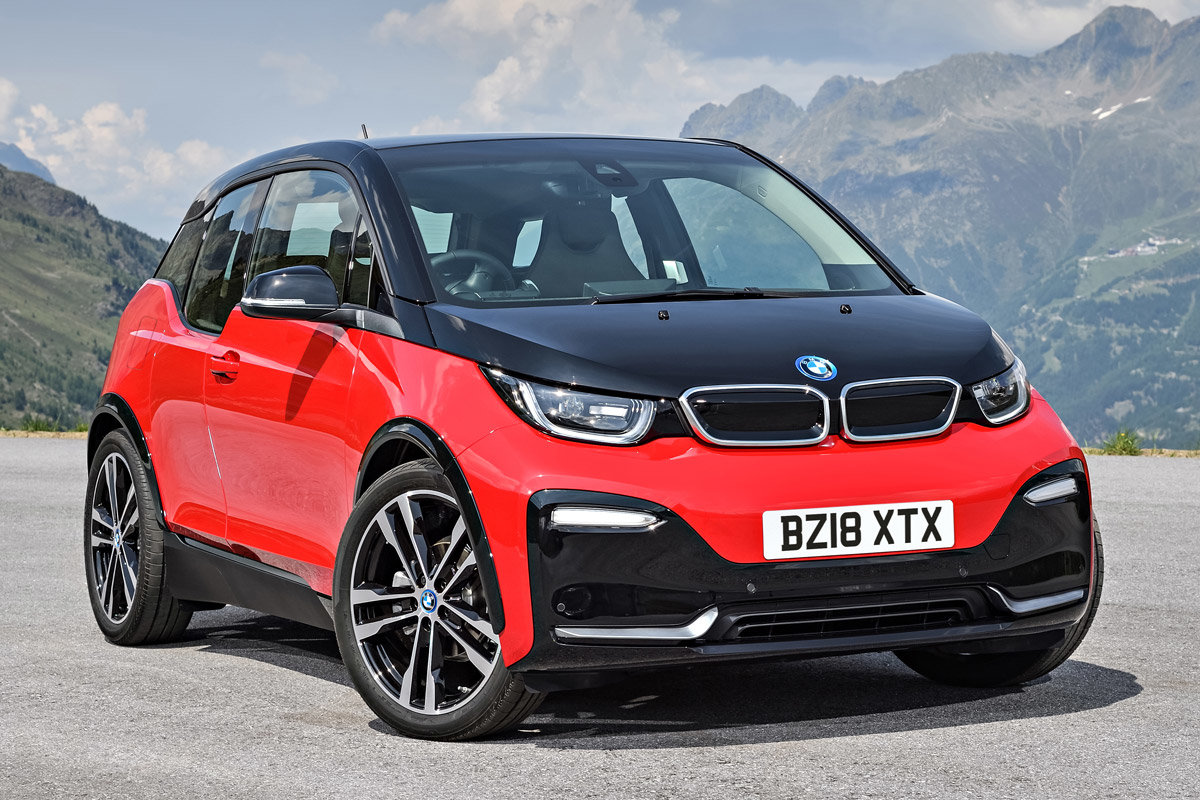 The BMW i3 is an appealing, upmarket and beautifully finished electric car that’s engaging and easy to drive. It’s also an interesting piece of design and engineering, and it’s packed full of modern and useful technology, all of which bolsters its desirability further.

It has its flaws, however, ranging from those annoying rear doors to its occasionally stiff and unsettled ride. What’s most problematic, however, is the fact that the i3 often costs far more than comparable rivals with a much longer range. A new BMW i3 with a WLTP range of up to 188 miles, for example, costs almost £10,000 more than a more practical Renault Zoe with a 245-mile range.

These issues will probably prove moot to those who just love the BMW’s distinctive looks and design, however, and even though the car is not without fault, they’ll still be getting a bold and enjoyable premium electric car. Otherwise, if you just want a small electric car, there are plenty of other alternatives that could save you a hefty stack of cash.

Search for a BMW i3 for sale on CarGurus.