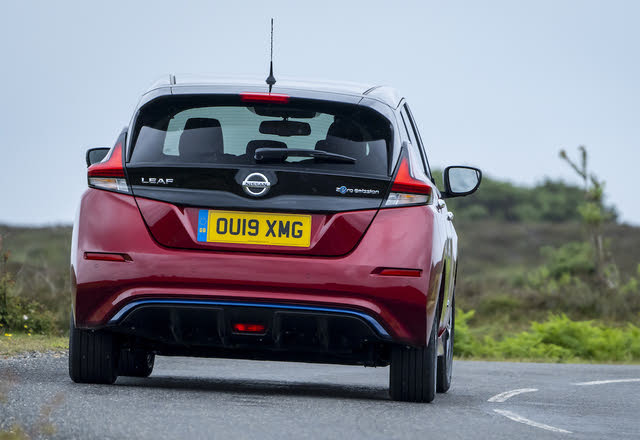 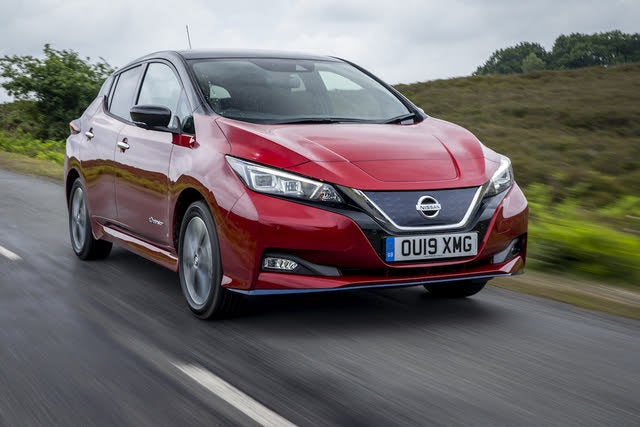 The Nissan Leaf was the first mainstream electric car that the average motorist could seriously consider buying and living with. Now in its second generation, it's still a default option in the electric family hatchback class, and a good one, too, with semi-autonomous driver aids included on high spec models, a smooth drive and a practical cabin among its strong points. Even so, while it's perfectly recommendable, the Nissan Leaf struggles to offer a unique selling point amongst an increasing array of newer, often longer-range rivals.

The mk2 Nissan Leaf went into production in 2017 and sales officially started in 2018. It offers a vastly more modern take on the electric car than its predecessor. With sharp looks that are fresh and eye-catching yet don’t stand out from non-electric hatchbacks - unlike deliberately ‘different’ electric cars like the BMW i3 – the new Nissan Leaf felt like another big step towards the electric car becoming the norm.

Initially offered with a 40kWh battery, which manages an official driving range of 168 miles (WLTP), the Leaf was joined in 2019 by the Leaf e+ model. This squeezed in a bigger battery (62kWh) for an official range of 239 miles, although we’d expect more like 140 miles or 210 miles, respectively, in varied real-world driving. Cold weather or doing motorway speeds will see the range drop even further. Certainly, if long range is a priority, then you may be better off looking to the similarly-priced Kia Soul EV, which will do over 250 miles in between charges.

Charging from a standard 7kW home wall box takes under seven hours for the Leaf and 11 hours for the Leaf e+. The Leaf also offers rapid charging via its CHAdeMO socket, which will take a 50kW charge and deliver 100 miles of range in around 60 minutes. The Leaf e+ will reach charge speeds of up to 100kW, albeit only briefly and only if you can find one of the painfully rare 100kW CHAdeMO stations. Otherwise, you’re looking at the same charging speed.

Most electric cars these days use CCS charging ports, and Nissan also looks set to change to CCS with its next electric models, and quite rightly since CHAdeMO compatible rapid chargers are rarer than CCS and now feel like the Betamax of the electric car world. Certainly, a Peugeot e-2008 is actually a better long-range tourer than the Nissan Leaf e+ despite its shorter range, simply because it’s compatible with CCS rapid chargers and offers 100kW charging speeds. A Kia Soul EV or e-Niro, or Hyundai Kona Electric are the best long distance electric cars in the class given their near-300 mile range and CCS charging.

Still, all the cables that you need to charge the Leaf are provided, including one for plugging into a normal three-pin domestic socket, and a Type 2 cable for charging at a home wall box and the very common Type 2 public chargers (which are normally found in town centres and car parks, and offer slow charging rates). CHAdeMO rapid chargers always have the cable tethered to the station itself.

Otherwise, the Nissan Leaf feels reassuringly normal, albeit very high-tech. Every model gets an 8.0-inch colour touchscreen satnav system with Apple CarPlay and Android Auto, rear view camera, digital driver’s dials and autonomous emergency braking. The Leaf Tekna and both e+ models get a semi-autonomous ProPilot drive mode that, when activated, will automatically help to steer the car, keep a safe distance from the car in front, and even brake and accelerate with the car in front when you’re in a traffic jam.

An ‘e-pedal’ setting is standard on every Leaf and allows you to drive on the throttle alone around town. It increases the energy recouped through braking, to a point where the car will come to a complete halt fairly quickly when you lift off the pedal at town speeds. The idea is that it increases range and also makes urban driving a bit easier as – with familiarity - you can control the car’s speed without any need for the brakes. It’s a neat idea, and quite a few other electric cars offer one-pedal driving like this including the Kia e-Niro, Hyundai Kona Electric, Honda-e and more. Some drivers will like it and some won’t, but the Leaf (and every other EV) offers less extreme settings that feel similar to what you experience with normal engine braking in a petrol or diesel car, if that makes you feel more comfortable.

If anything, we’d like the Nissan Leaf to make its brake modes easier to toggle through. Being able to flick through the levels with steering wheel paddles (as you can on some rivals) rather than in various drive modes and with the Leaf's e-pedal switch makes it easier to use the differing regenerative braking modes for quick stints when appropriate.

Other than getting accustomed to the brake regen and how it responds, the Leaf is as easy as a car can be to drive. Its 148bhp electric motor delivers a really healthy punch of acceleration at town speeds, and feels more than comfortable on the motorway as well. It’s comfy, smooth, and very safe, and it will really take the stress out of a torturous inner-city commute.

Our only big gripe is with the driving position. There’s no reach adjustment to the steering wheel – it only goes up and down – and the seat would benefit from broader range of movement, so taller drivers in particular may find it hard to get comfortable.

Otherwise, there’s loads of passenger room in the back of the Leaf – usefully more than in the Renault ZOE, which is temptingly cheaper than the Leaf despite a longer range – and a big boot is also a boon for family living. The Leaf really is a decent family hatchback, with more luggage and passenger room than you’ll find in a Ford Focus, for instance. 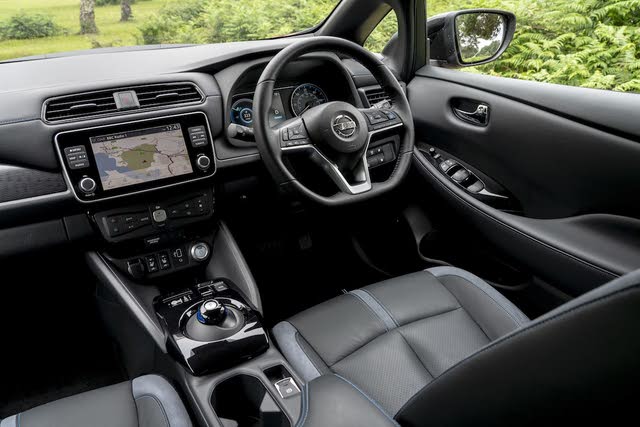 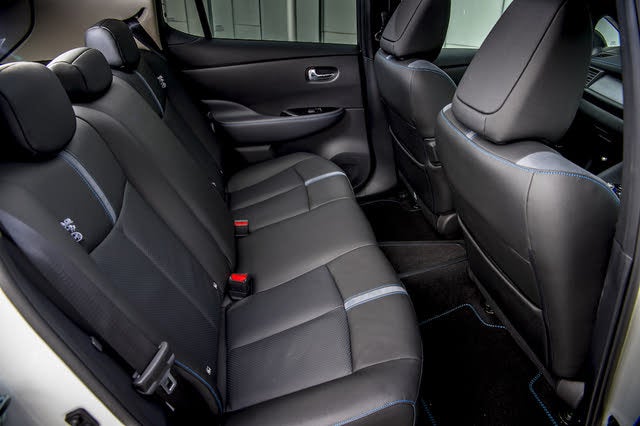 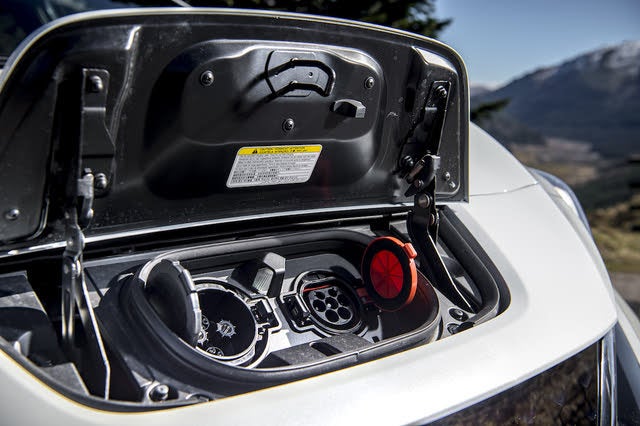 The Nissan Leaf will be extremely cheap to run. Charging it will cost around £5.60 for the 40kWh car, or just under £9 for the 62kWh car on a standard domestic electricity tariff. For some context, that’s under 5p per mile and around a third of the cost of fuelling a petrol car doing 40mpg. You can also halve those charging costs if you use off-peak tariffs.

We would add that the Nissan Leaf isn’t the most efficient electric car. We’ve generally seen around 3.6 to 4.0 miles per kWh even in warm weather and sedate running, That's very similar to what you get in the Peugeot e-208, Renault ZOE and BMW i3, but the Kia and Hyundai electric models tend to be even more efficient and will often do 5.0m/kWh in good conditions. The miles per kWh (m/kWh) figure is basically mpg for electric cars; the higher the figure the better, as it represents the distance the car will go per usable kWh of its battery.

Of course, electric cars offer plenty of tax savings, including £0 VED road tax and free entry into the London Congestion and ULEZ zones.

Otherwise, the Leaf will need servicing every year or 18,000 miles. It’s a shame the intervals aren’t longer as some rival cars only need servicing every two years, but at least Nissan’s servicing deals are cheap; you can pay a fixed £290 for two services, £390 for three or £510 for four services. Paying ad-hoc when needed with a used Leaf is also affordable at Nissan dealers since they charge around £100 for a minor service and £150 for a major service on the Leaf.

Insurance is competitive, with groups ranging from 21 to 25 depending on model and trim.

Depreciation is good on the Nissan Leaf since demand for them on the used market is high. However, alternatives like the longer range Kia e-Niro and Hyundai Kona Electric hold their value much better, although that’s in part because availability was very limited on these cars at launch, so demand outstripped supply. 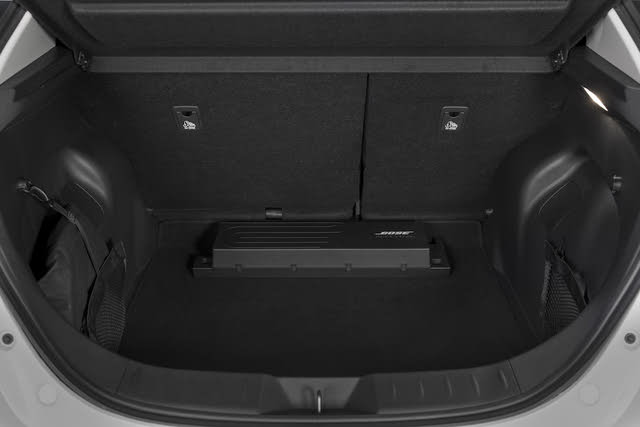 The Nissan Leaf promises to be a very reliable car. An electric motor has far fewer complex moving parts than a combustion engine so there’s far less to go wrong. Problems with EVs tend to be with ancillaries and sometimes with charging hardware and software, but the previous generation Leaf proved reliable with these and what limited data there is on the mk2 Nissan Leaf promises similar reliability. 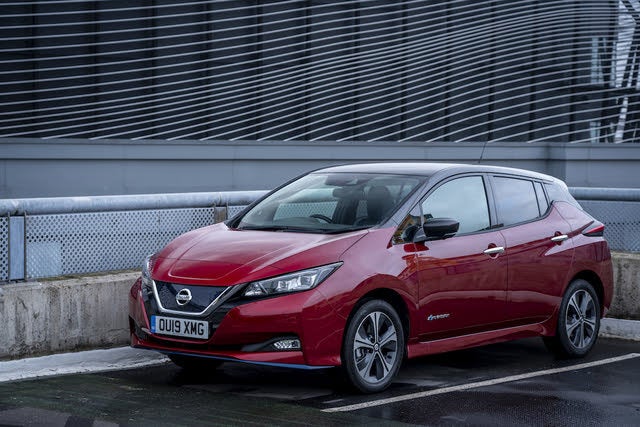 The Nissan Leaf is a very worthy option in the electric family hatchback class. It’s got great interior space and decent standard equipment levels, and there tend to be far more competitive finance and purchase offers (not to mention shorter waiting lists and delivery times) than on longer-range rivals like the Kia Soul EV.

It’s a very safe option, but newer competition has also leapfrogged the Leaf in many ways. There's the Nissan’s lack of a longer-range model to compete with the near-300 mile alternatives out there, the slightly drab interior, the restrictive driving position and, most annoying of all, the fact there's no CCS rapid charging compatibility. It redeems much of that by being more available and more affordable than some of them but, put simply, the main reason you buy a Nissan Leaf is because you can’t get hold of one of the other options.