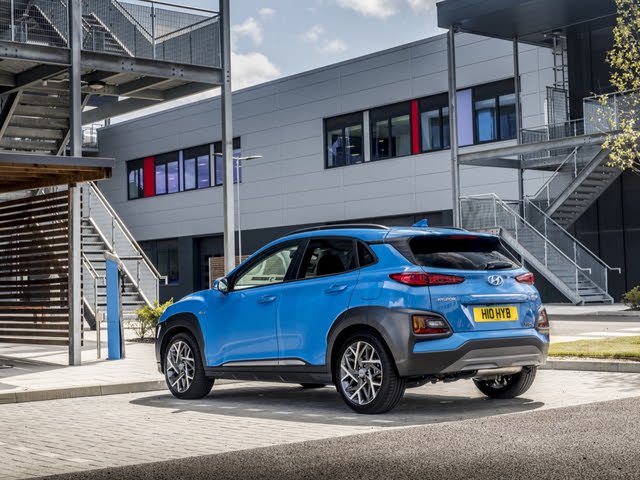 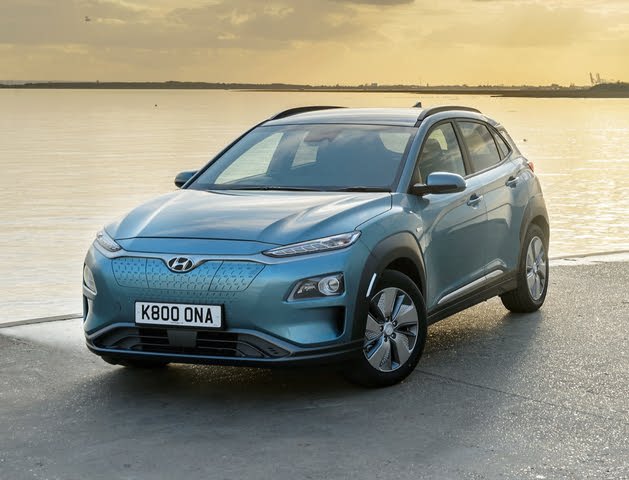 The Kona is a small SUV that can turn heads with its looks, but there’s much more to it than that. It comes with a great reliability record and a cracking warranty, and perhaps most interestingly, it’s available in hybrid or pure electric form, as well as with conventional petrol and diesel engines. 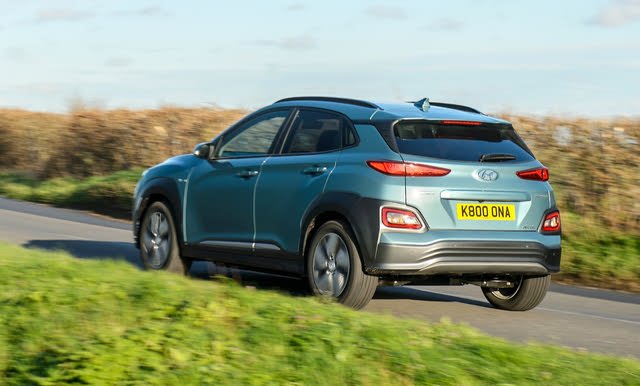 Small SUVs, you may have noticed, are all the rage these days, and car companies have been falling over themselves in recent years to get a foothold in the fastest-growing automotive sector. Launched as a new Hyundai in 2017, the Kona is the crossover offering from the Korean brand. It’s a crossover SUV no larger on your driveway than a supermini hatchback, but with eye-catching styling, a range of power options and an impressive warranty that will still have plenty of life left on it on the used market.

Inside, you’ll find a stylish cabin design that doesn’t quite match the best in the class for material quality, but while some of the materials lack plushness, they do feel well bolted together. Passenger space is reasonable, but overall the practicality is not the best on the market. You’ll get more room in the Seat Arona, and taller adults in the rear seats will find life cramped for their legs. Boot space isn’t particularly impressive, either, and if you need lots of luggage space you’d do better with Arona or a Volkswagen T-Cross.

On the road, the Kona is an acceptable driving experience without excelling. It’s not as comfortable as Volkswagen’s T-Roc when it comes to ride quality over bumpy roads, although it’s far from the worst small SUV in this regard. Smaller wheels will make things a bit more forgiving. Through the bends, the Kona is pretty decent, with a composed, solid feel from the driver's seat without being as involving as the more sporty Seat Arona. It’s not quite as agile in Electric form, due to the extra weight of the battery, but it’s still not bad.

Petrol options start with a punchy 118bhp 1.0-litre unit that we think will suit most people just fine. If you do want more power, there’s a 176bhp 1.6-litre petrol with four-wheel drive and an automatic gearbox (most Konas have a six-speed manual gearbox and are front-wheel drive). It’s quick, but unless you really need all that power it’s not worth the extra money, especially as it’s only available in top-spec Premium GT trim.

A pair of 1.6-litre diesel engines were offered when the car was first launched, but taken off sale again shortly afterwards when it became clear that public appetite for diesel had dwindled. One had 113bhp, the other 134bhp. They’re worth keeping an eye out for if you do longer journeys thanks to their superior fuel economy, with an official figure of up to 67.3mpg.

There’s also a range of alternatively-fuelled Konas, starting with the Hybrid. This uses a 1.6-litre petrol engine and an electric motor to deliver a combined 139bhp, and it’s got lots of oomph off the line. You can also drive it for short journeys on electric power alone, with no polluting emissions. However, most of the power – including the electricity – comes from the petrol engine, as this isn’t a plug-in hybrid.

That means if you want to get your power from something other than fossil fuel (depending on your electricity supplier) then you’ll need to look at the Hyundai Kona Electric. You can spot it by its distinctive, filled-in grille. It uses a 39kWh or 64kWh battery and an electric motor with 134bhp or 201bhp to deliver very brisk performance and an impressive range of up to 279 miles. It’s the best model in the Kona range as far as we’re concerned, but it’ll be more expensive than more conventional versions, and you’ll need to make sure that an electric powertrain suits your needs. 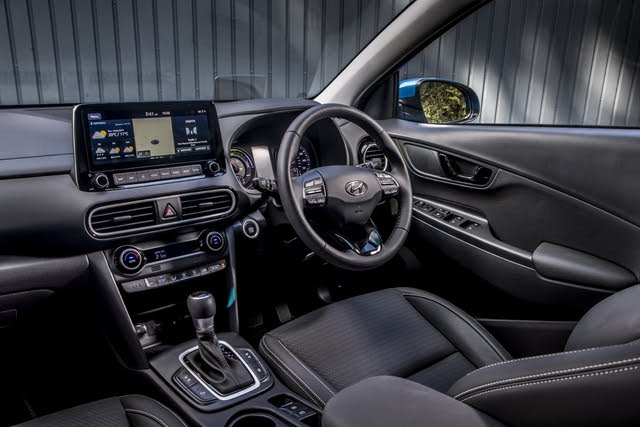 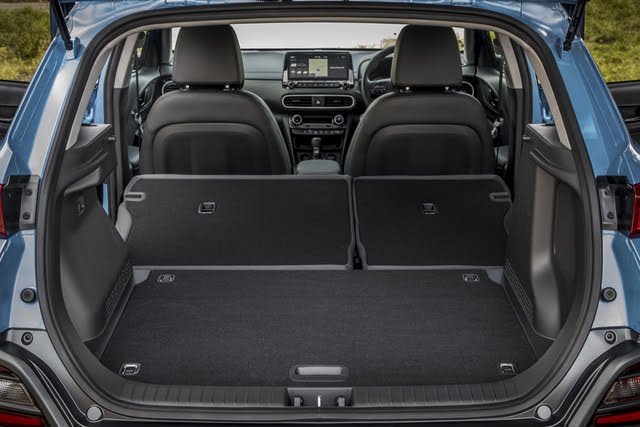 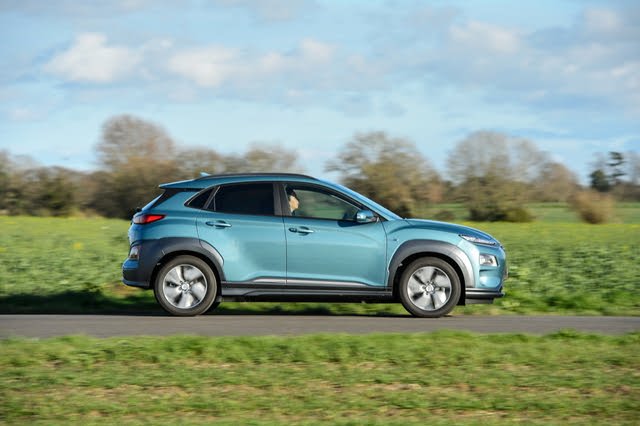 If you want the cheapest day-to-day running costs then the Kona Electric is the model to go for, as charging it with electricity will be far cheaper than diesel or petrol. You can recharge the 64kWh model from empty in nine-and-a-half hours on a regular 7.2kW charger, or up to 80% from empty in 75 minutes on a 50kW rapid charger. But all that said, the Electric will be substantially more expensive to buy than other Konas, so you’ll need to factor that into your maths.

Of the non-electric cars, the diesel models have an official fuel economy of up to 67.3mpg, while the petrol-powered 1.0 T-GDi engine promises 44.8mpg. The hybrid has an official MPG figure of 56.5.

When it comes to Vehicle Excise Duty, all Konas were sold after the tax rules changed in early 2017, and so all models will pay a flat rate of £150 per year. The exceptions are the Hybrid, which will be £140, and the Electric, which is exempt.

Insurance groups range from 9 to 19 of 50 for the regular cars, while the Electric fetches a higher premium, with insurance groups between 22 and 27 depending on spec.

A Kona will need servicing every year or 10,000 miles, whichever comes sooner. Hyundai offers various servicing packages, which will cover services for two-, three- or five years, and prices are comparable to rivals. Once the car is out of its warranty, you can sign up to a variety of dealer service plans called Essentials, with prices starting at £99. 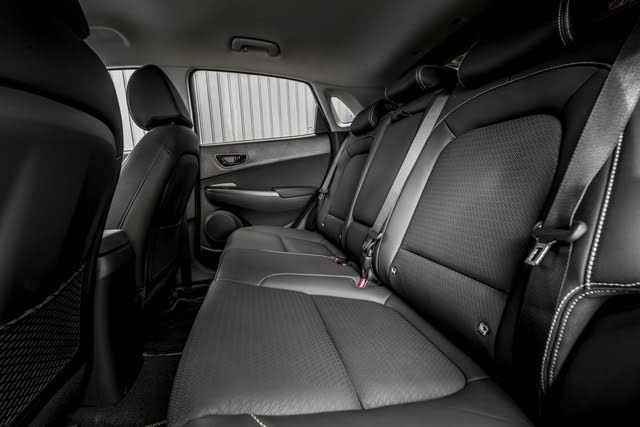 Hyundai has a decent reputation for reliability as a whole, and was third of all manufacturers in the JD Power 2019 UK Vehicle Dependability Study.

The Kona specifically didn’t figure in the top three Small SUV rankings (those places went to the Vauxhall Mokka X, Peugeot 2008 and Nissan Juke), but it did feature in 60th place overall in the 2020 Driver Power survey. That’s not great, but not terrible either.

Potential buyers should be reassured that Hyundai offers a very good five-year, unlimited-mileage warranty, which is ahead of most of the competition. Only the seven-year warranty on the Kia Stonic can beat it.

We haven‘t heard of many common problems with the Kona. Some owners have reported a rattle when the car was started, which has been solved by replacement timing chains covered under warranty.

At the time of writing there had been no recalls for the Kona, although there had been a recall in Korea on the Kona Electric version over a fire risk, and an investigation was underway to decide whether to do the same in the UK. Dealers should notify current owners if any remedial work needs carrying out, but it’s worth checking to see if a car you’re considering has been affected and, if so, that the issue has been fixed. 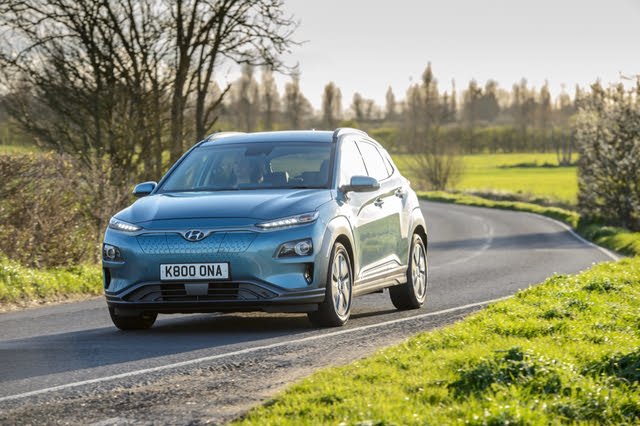 In petrol, diesel or hybrid form, the Kona SUV is a pleasant, competent but generally unremarkable car that does the job it needs to do, but wouldn’t be our first choice. The Seat Arona is more fun to drive, several different rivals are more practical, and Volkswagen’s T-Roc is more comfortable. But as an electric car, the Kona makes much more sense. It’s got a great range and a very attractive price, and should be on the list of cars to check out for anyone looking to go electric.

Search for a Hyundai Kona for sale on CarGurus.