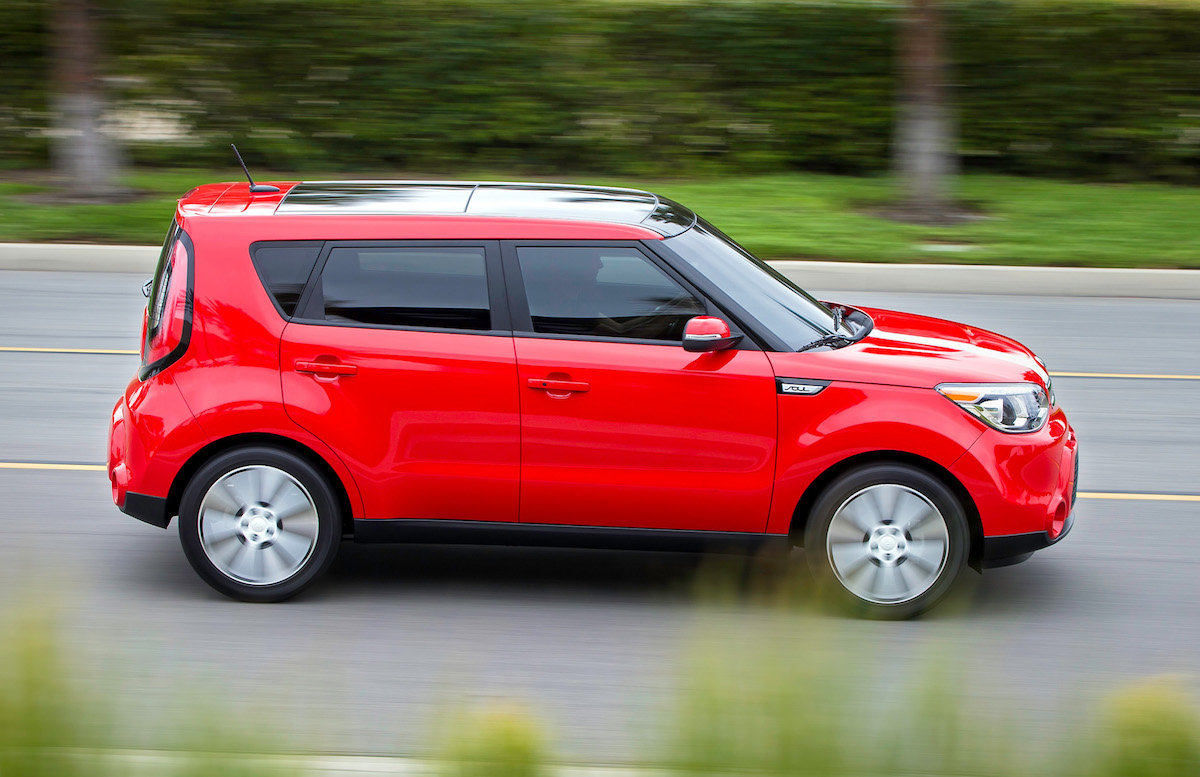 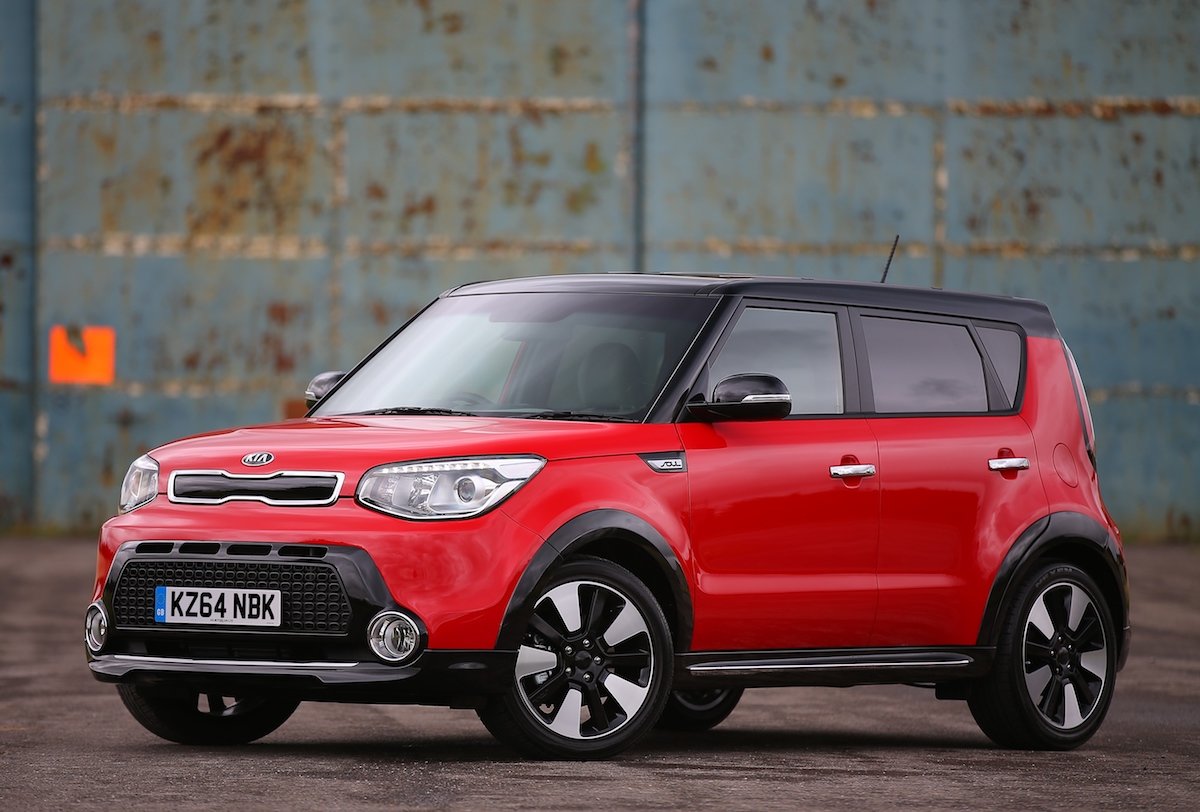 The Kia Soul is a distinctive, high-roofed hatchback with masses of passenger space, if a rather limited boot. For a small car, it’s got a confident manner on the road so – if you like the bold, SUV-like looks – the straightforward driving experience and generous equipment levels will certainly keep you happy. 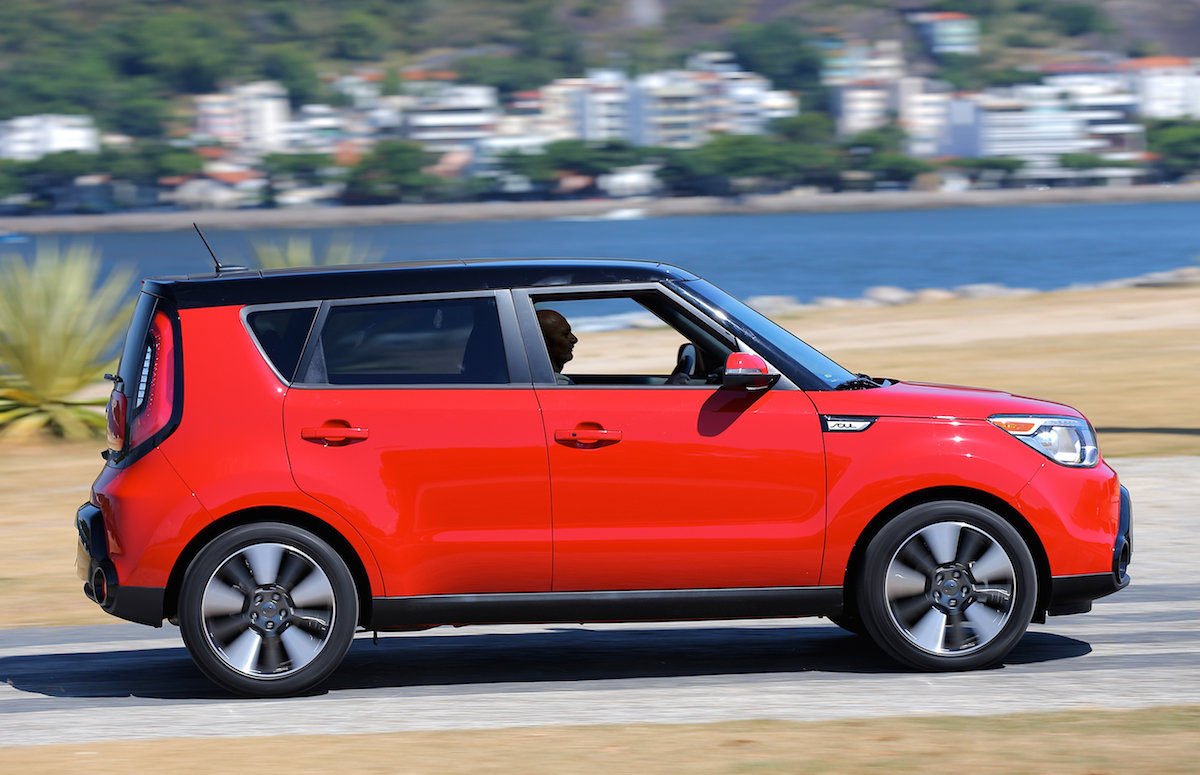 What is the Kia Soul?

This second-generation Kia Soul takes the hatchback idea and adds sharper styling with a bit of SUV ambition. It’s front-wheel drive and doesn’t have the high ride height associated with SUVs, so don’t expect the 4x4 ruggedness you’d get with some versions of the Skoda Yeti, and it doesn’t even have the clever mud and snow traction settings of front-wheel drive crossovers such as the Peugeot 2008. Basically, despite the styling, it really is a straightforward hatchback.

There are two 1.6-litre petrol engines with either 130bhp or 201bhp and a 134bhp diesel – also 1.6-litres. There is also a pure electric version, with a 27kWh battery and an official range of 155 miles. However, this range was achieved under the old and unrealistic NEDC testing cycle. In reality, this version of the Soul EV will do around 70 miles on a full charge, but always ask to see the car with a full battery and check what the car’s range readout is suggesting as a maximum range.

Charging takes around five hours from a home wallbox, or a 50kW rapid charger will deliver an 80% charge in 35 minutes.

Practicality was never the Soul’s forte, but it is roomy and comfortable in the front, and has some of the most spacious rear seats of any car in its class, with plenty of legroom and masses of headroom thanks to that high, boxy roofline.

It falls short on boot space which, at 354 litres, is below average for a family hatchback or a small SUV. It’s less the outright space and more the layout that’s problematic; the boot is tall and slim, so you often find you have to remove the parcel shelf to accommodate lengthy items – or anything more than a few shopping bags.

Most used buyers will be considering the petrol or diesel options, which are far more numerous than the EV and cheaper. The 130bhp petrol engine is pretty slow, and it needs working hard, while the 201bhp version is much better to drive but isn’t great on fuel economy. The diesel is the best option because it’s punchy and doesn’t cost the earth to run. The EV drives well for a relatively early electric car, although the 109bhp electric motor can feel a bit gutless on faster roads.

Ride comfort is good enough, particularly on the smaller wheels that came with lower end trims, but bigger alloy wheels make things fidgety and bumpy, particularly in town. While the Soul was never remotely sporty to drive, the light steering is good for winding through traffic, and it always feels stable and predictable whether you’re on a fast country road or on the motorway.

The Soul was one of the most generously equipped cars in its class when it was on sale. Avoid the basic 1 or Start trims, because they missed out on a few key creature comforts, but the mid-level 2 will be far more common on used forecourts, and came with climate control, cruise control, and an 8.0-inch touchscreen system with satnav, Bluetooth, and a DAB radio. It’s one of the best infotainment systems you’ll get in a compact SUV of this era, short of more expensive premium brands such as Audi and BMW. 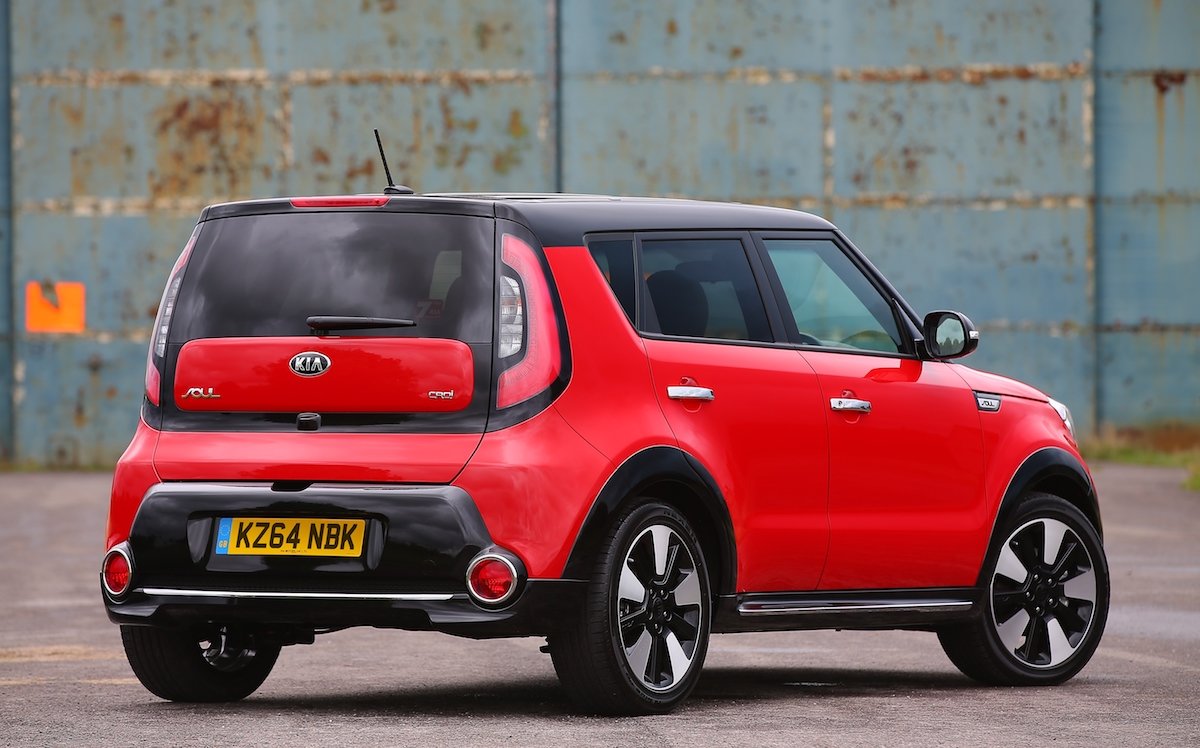 – Most Kia Souls of this generation came with manual gearboxes, but the 1.6 diesel was offered with a six-speed dual-clutch automatic transmission, which and makes for smooth progress. You’ll get better economy from the six-speed manual diesel, though, and even that has economy and emissions that can be bettered by diesel options in rivals such as the Peugeot 2008 and the Skoda Yeti. – The 201bhp turbocharged petrol Soul Sport arrived in 2016 and came got the automatic gearbox as standard, along with lower suspension. However, it really isn’t what you’d call a hot hatchback, and remains uninspiring to drive. – A 2016 facelift saw the Kia Soul’s touchscreen system updated to a new operating system called UVO3, which added Apple CarPlay and Android Auto. Lots of buyers look for this, because it means you can use your phone’s map apps, music, and more via the car’s screen. Kia also offered a free retrofit of the software for Souls produced before 2016. 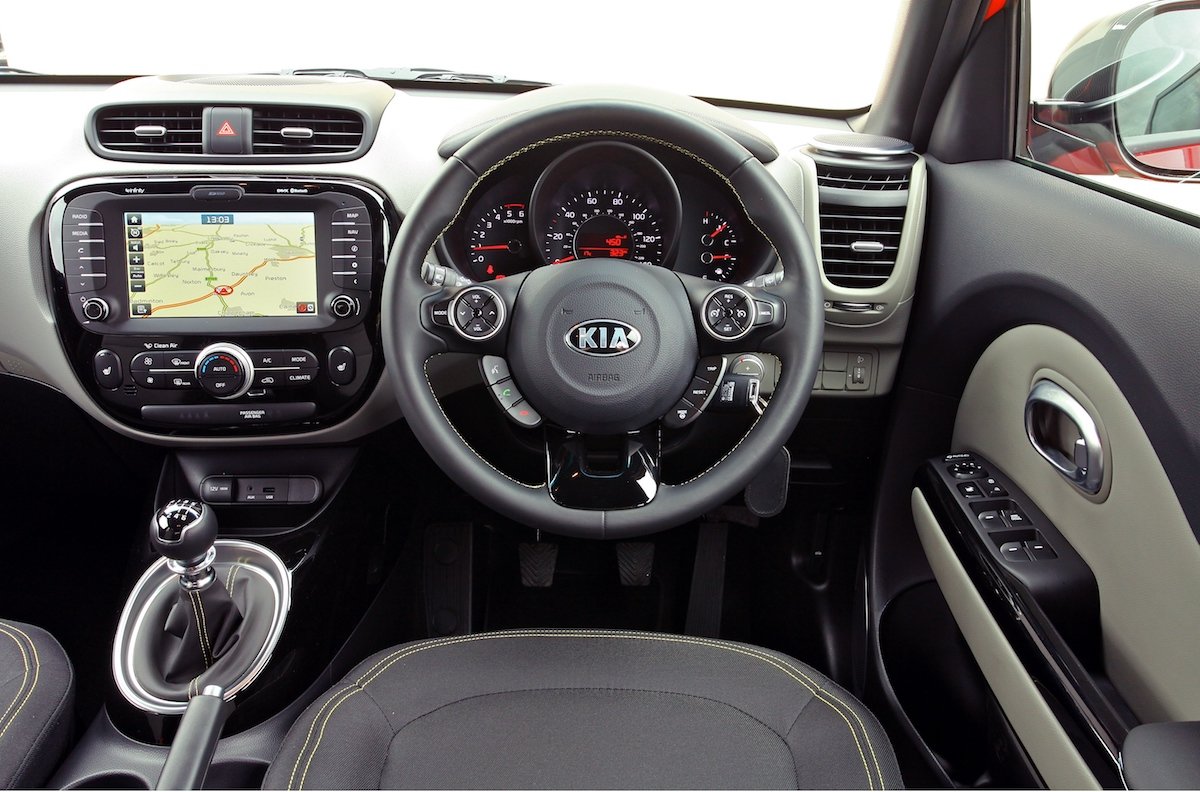 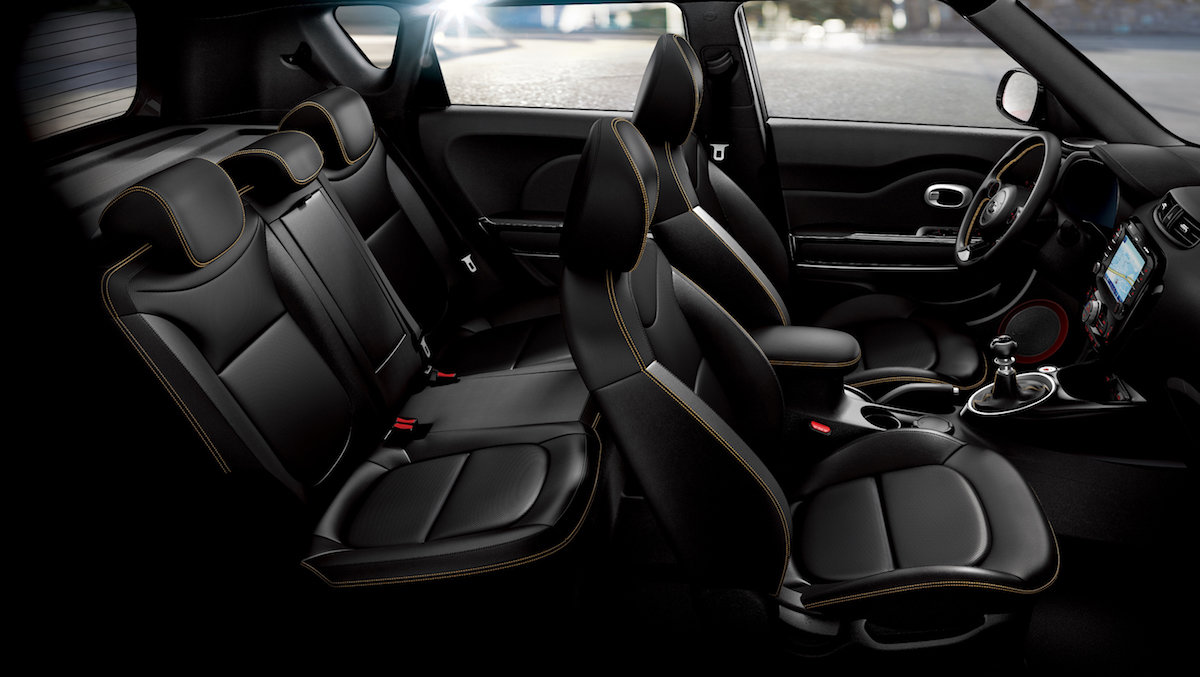 Go for the Kia Soul diesel and running costs will be fairly low. You can expect to achieve some 50mpg in normal everyday driving, although the automatic gearbox will see that drop a bit. The 1.6 GDi petrol is a lot less efficient, not least because it feels slow so you’re tempted to rev it hard to keep up with free-flowing traffic. Expect around 30 to 35 mpg from this engine, and the turbocharged Kia Soul Sport actually won’t be much less than that in varied driving.

The Kia Soul EV will be very cheap to run. It’s free of road tax and you’ll pay under £4 for a full battery charge at home, which works out at around 5p per mile on electricity. That’s almost a third what you’ll pay to fuel a petrol car doing 40mpg, and you can make the Kia Soul EV even cheaper if you use off-peak, overnight tariffs. The downside to the EV is that it’s comparably very expensive to buy next to the petrol and diesel alternatives, and is also more expensive than an equivalent Nissan Leaf, so you have to be sure that you’re going to save enough on running costs to justify going for an EV.

Insurance groups are low, and are comparable with those of rivals such as the Nissan Juke, as well as conventional hatches like the Ford Fiesta or bigger alternatives like Kia’s own Cee’d.

The Soul will cost between £125 and £240 per year to tax. The manual diesel that we favour costs £150, while the automatic diesel and Soul Sport cost £205, and high-spec versions of the 130bhp 1.6-litre petrol Mixx and Maxx models are the most expensive Soul models to tax.

Servicing should be affordable since Kia regularly offers fixed price and low cost deals, so do check with the dealer if you can get your servicing costs cheaper if you bundle them in with the purchase cost of the car when you buy it.

Mind you, you’ll need to get the petrol or electric Soul serviced every year or 10,000 miles, which is disappointing since electric cars typically need much less frequent servicing. Diesel Soul models need servicing every 12 months or 20,000 miles. 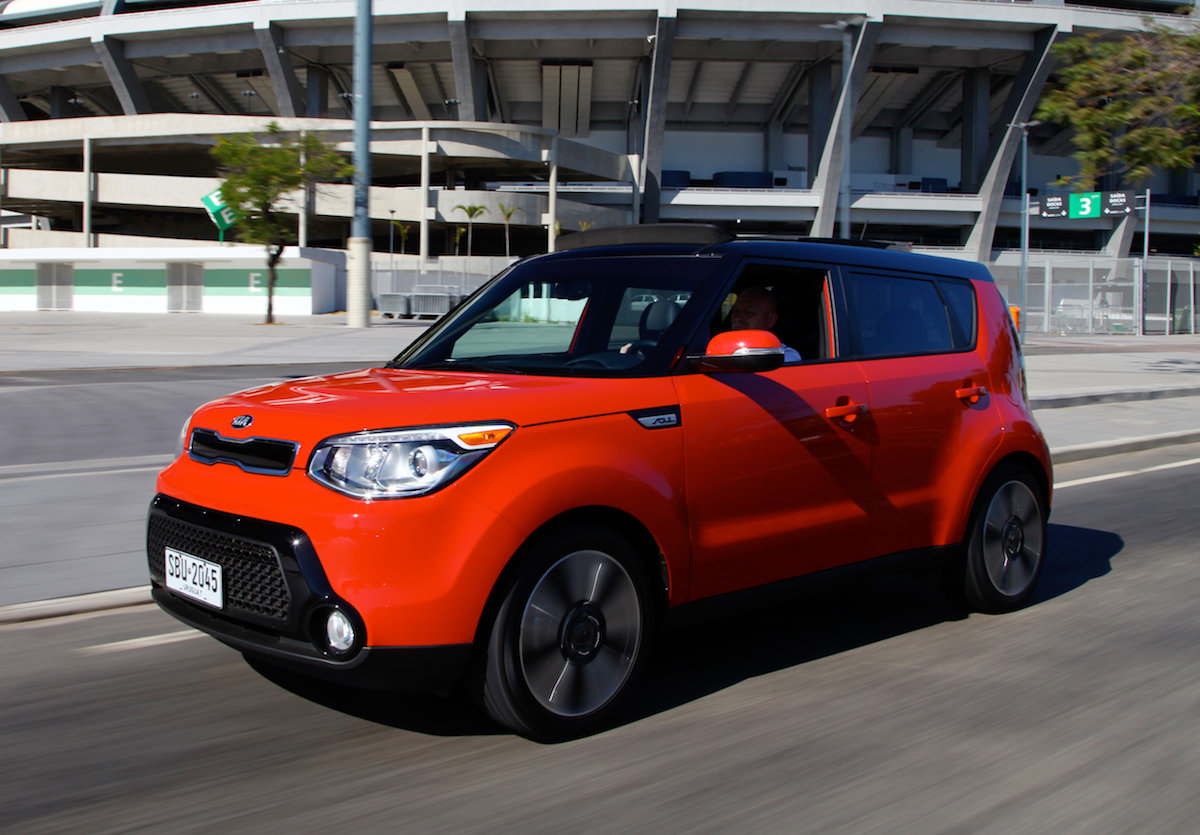 The Kia Soul benefits from a class-leading seven-year warranty with a 100,000-mile limit (paint is covered for five years against corrosion), which is a big incentive if you’re after a three or four-year old car since you’ve still got a lengthy manufacturer warranty included. Kia also has a very good reputation for reliability, with the Soul a good example of why. What Car? rated it the most reliable used small SUV to own in its 2019 reliability survey, which is based on owners’ experience.

Kia as an overall brand is rated highly for reliability. It came sixth out of 31 manufacturers tested in the 2019 What Car? reliability survey, and seventh out of 25 brands included in the 2019 JD Power UK Vehicle Dependability Study. 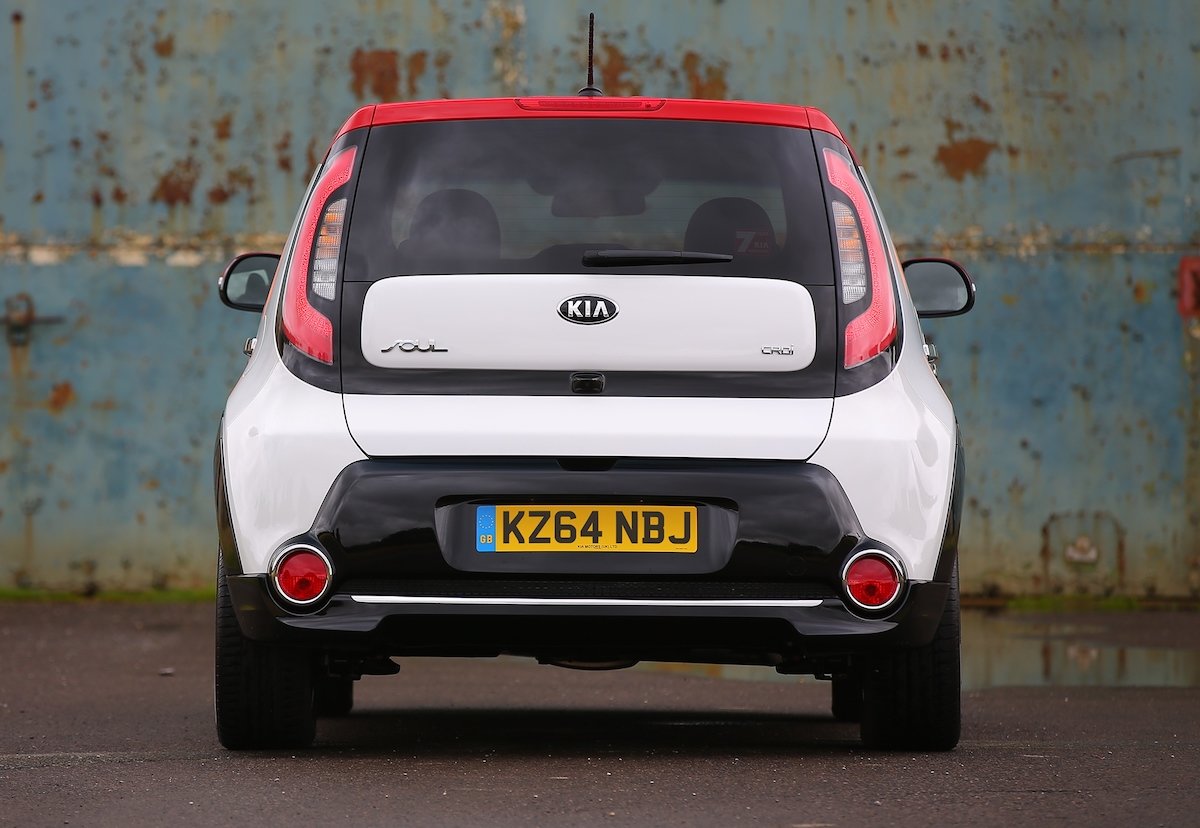 The Kia Soul is a good option if you’re after a car that’s a bit striking and different, but that ultimately makes easy work of the day-to-day chores. Particularly if you stick with the diesel, it’s a nice car to drive that’s reliable, affordable to buy and run, and that’s comfortable and enjoyable for you and your passengers. If you don’t mind that it’s got less boot space and a firmer ride than alternatives like the Renault Captur, it’s sure to please on every other score.

Search for a Kia Soul on CarGurus