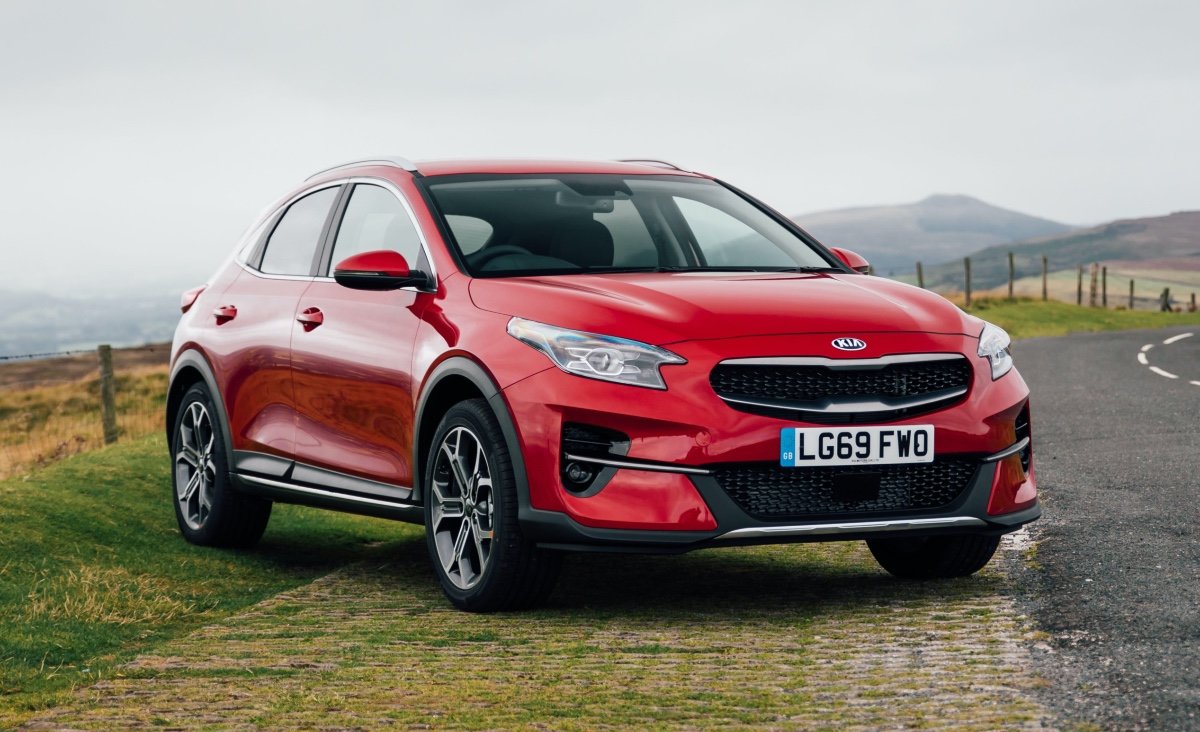 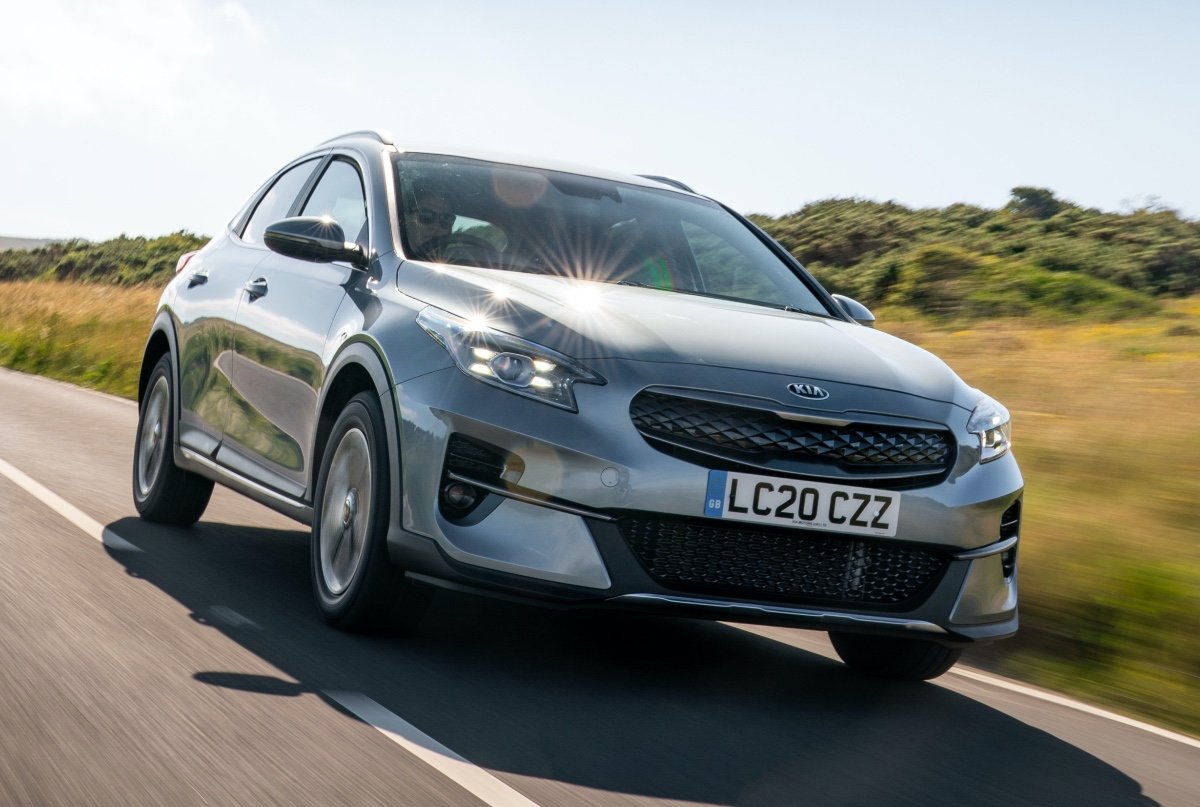 The latest in what is an increasingly long list of niche cars, the Kia XCeed is described as a ‘crossover utility vehicle’ designed to combine the practicality of an SUV with the sportier looks of a conventional hatchback. For many buyers, its rugged but sporty styling will appeal, as will Kia’s seven-year warranty. 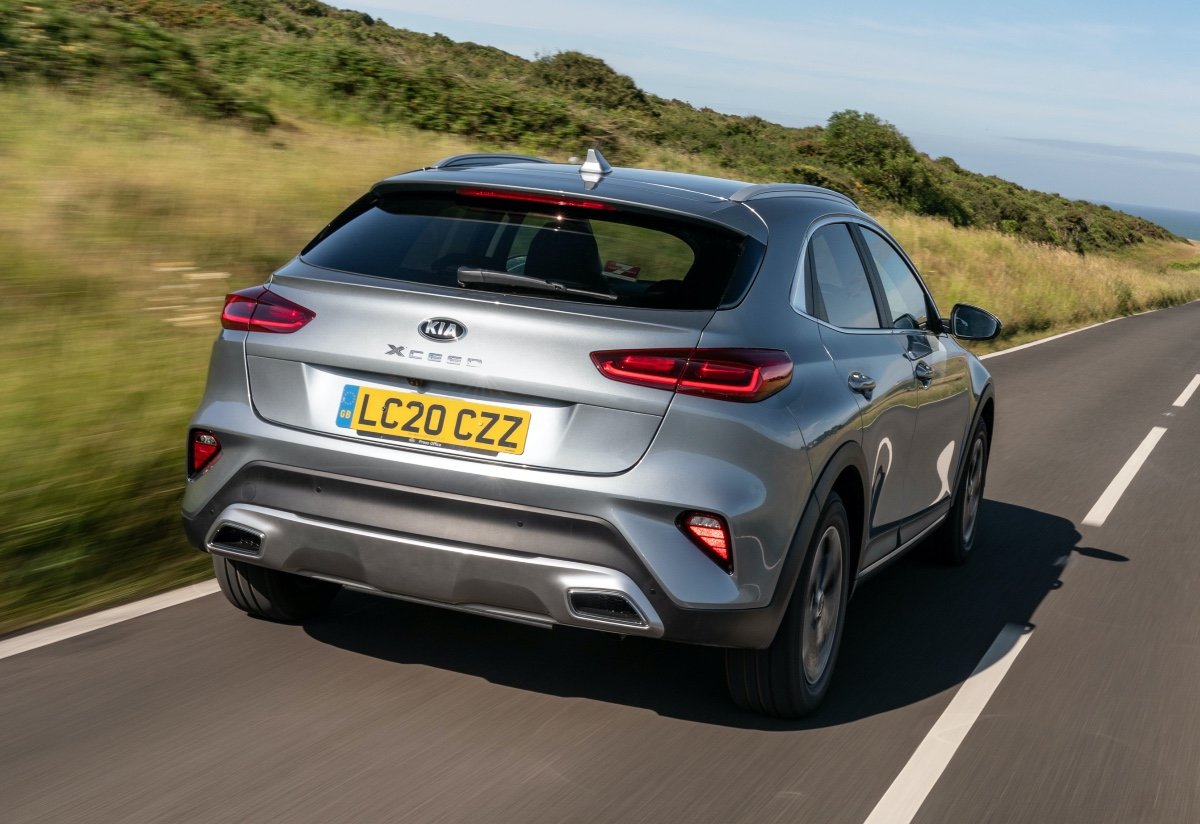 Carmakers have spent millions of pounds, and many years, developing ‘platforms’ that enable them to build a number of different models using many of the same parts. This has resulted in them being able to launch new niche models that perhaps don’t have a huge potential market, but can still sell in large enough quantities to make them profitable.

Which is why we have cars such as the new Kia XCeed. The XCeed shares a platform with the Kia Ceed hatchback and ProCeed sportswagon (estate) and offers fans of the Korean brand a chance to buy what the company calls a crossover utility vehicle. This means it’s halfway between a conventional hatchback and an SUV such as the brand's own Stonic or Sportage. The design successfully resolves the competing demands of the different bodystyles, with its long bonnet, set-back cabin, swooping roof and plastic body mouldings to add an air of off-roader ruggedness. Overall, it's a good look, especially when you also add in the honeycomb ‘tiger nose’ and air intake, separated by the body-coloured bumper.

Kia has learned that buyers want the higher-quality cabins found in European models and adapted accordingly, so the XCeed has soft-touch plastics that lend it an air of a more expensive car - although it's still no Audi or BMW. The dashboard is well laid out, without too many switches and buttons, and oriented towards the driver (all versions have buttons on the steering wheel, too). Depending on the trim level chosen, the touchscreen infotainment display is either 8 or 10.25 inches and ‘floats’ up from the centre console.

The XCeed is spacious enough up front and because the ride height has been raised by 44mm compared with the Ceed hatchback, the slightly elevated driving position works well, offering better forward visibility. The rear isn’t quite as generous with its available space: the sloping roofline does compromise headroom for taller adults in the rear seats and legroom isn’t abundant, but children will have no issues – and there’s a flat floor, which the occupant of the rear middle seat will appreciate.

The boot capacity of 426 litres is among the best in the class, limited though that is. It’s 40-50 litres more than the Ford Focus Active and Toyota C-HR and only beaten by the Volkswagen T-Roc – but even then, with the seats down, the XCeed’s 1,378 litres is better than the VW.

That the XCeed is not a sporty car to drive comes as no surprise. What it does do well is ride in an unfussed and unstressed manner, even on the larger 18-inch alloys. There’s some firmness at low speed, but body control is good and it’ll stride along a bumpy country road in a reassuringly composed fashion. It’s a very easy car to place on the road too thanks to its slightly raised driving position and a faithful steering setup. It can’t match the Focus Active for engagement and accuracy, but it is comfortable to ride in, with most humps, bumps, potholes and broken surfaces taken in its stride.

It's also worth noting that, despite the XCeed's appearance, there is no four-wheel-drive option on this car. Instead, all models are front-wheel drive. However, much like the standard Ceed hatchback, the XCeed is still proof that Kia can now build cars that are not only smartly styled, well-built and good value, but also satisfying from behind the wheel. Admittedly, noise insulation from tyre roar could be better, but on the whole the XCeed is a rounded and capable car.

In terms of engines, the flagship is a 1.4-litre turbo petrol mated to either a six-speed manual gearbox or a seven-speed dual-clutch automatic. This engine puts out 138bhp and 178lb ft of torque from a diesel-like 1,500rpm, and is commendably quiet. It’s swift enough, too – getting from 0–60mph takes 9.2 seconds in the auto. It’s a good gearbox, and includes a Sport mode that holds on to ratios for longer. However, the lack of steering wheel-mounted paddles kind of limits how sporty it really feels.

Elsewhere in the range Kia offers its 1.0-litre, three-cylinder turbo petrol engine with 118bhp or a 1.4-litre diesel with 114- or 134bhp, all of which come with a six-speed manual gearbox. The 1.0-litre has more turbo lag than the 1.4 petrol that we've described above, as well as a notchy gear change and an abrupt clutch action that can make the drivetrain snatch when pulling away. It’s still far from a bad car to drive, and the acceleration is admirably punchy once the turbo is in its stride (0-60mph takes 10.9 seconds), but after the smoother 1.4 it does feel like a cheaper car. Which of course it is... 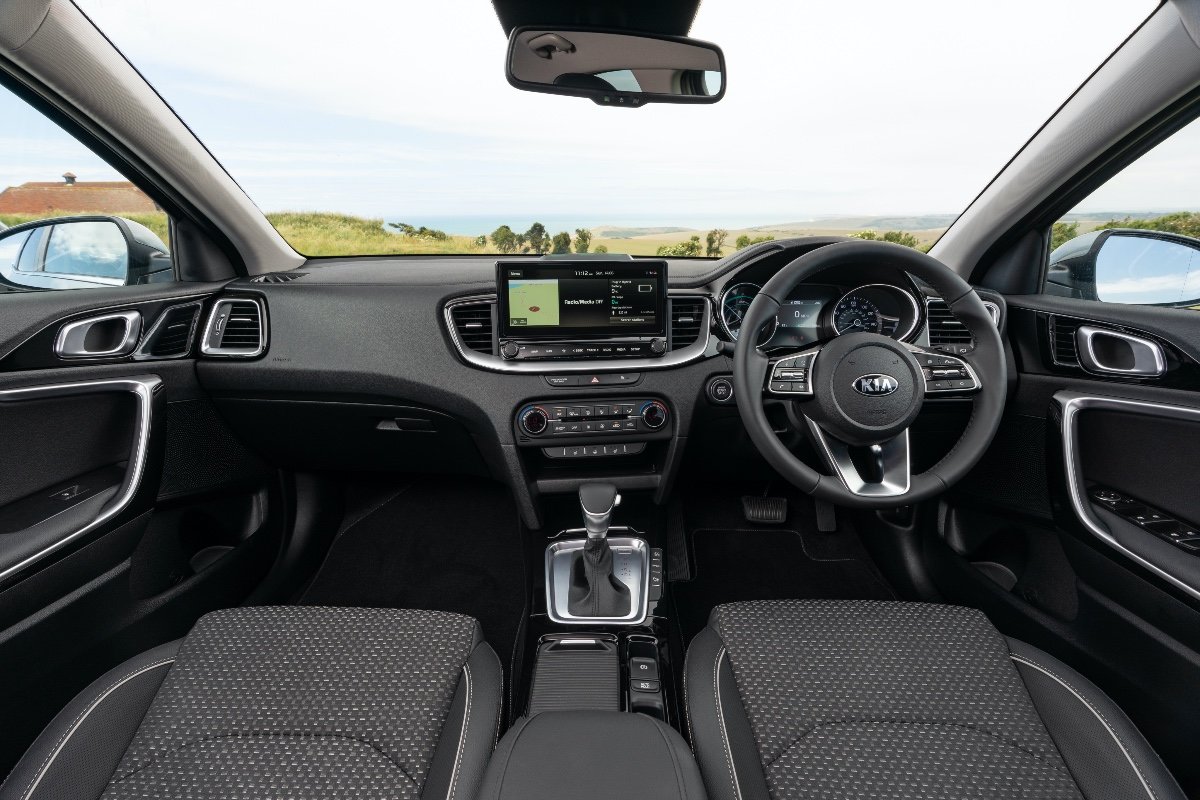 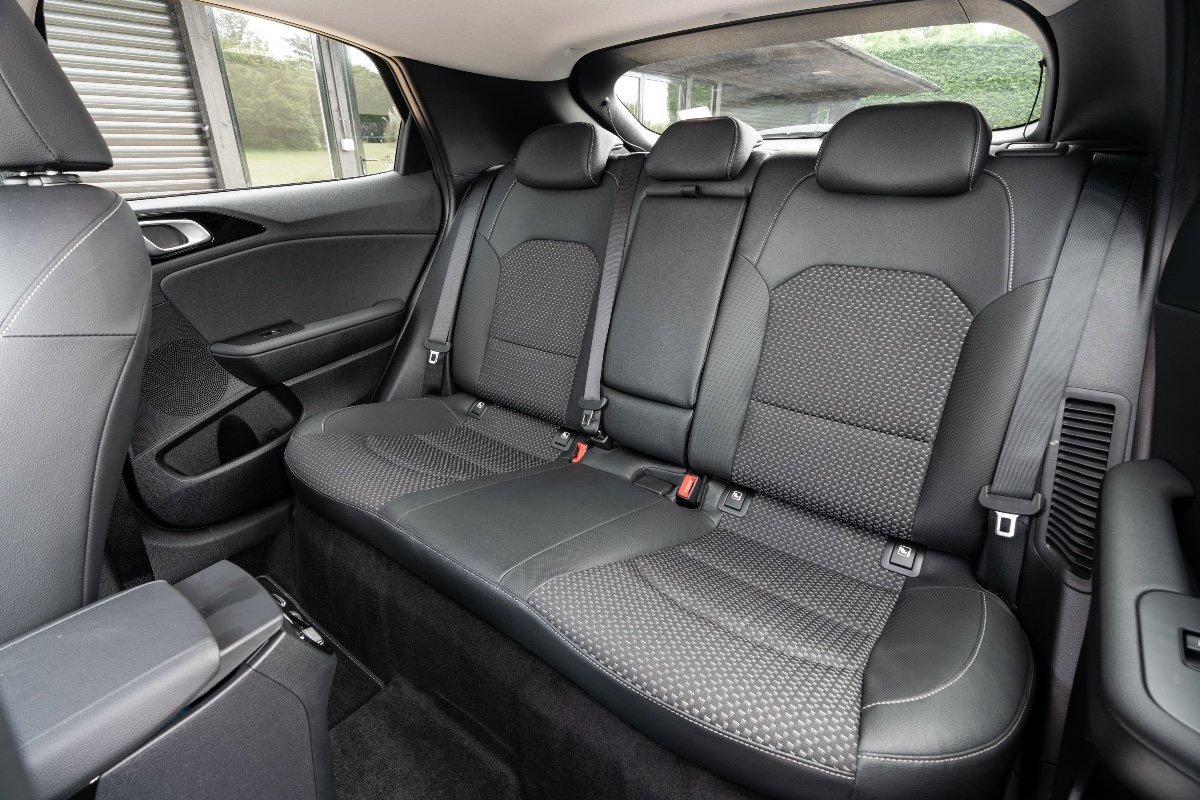 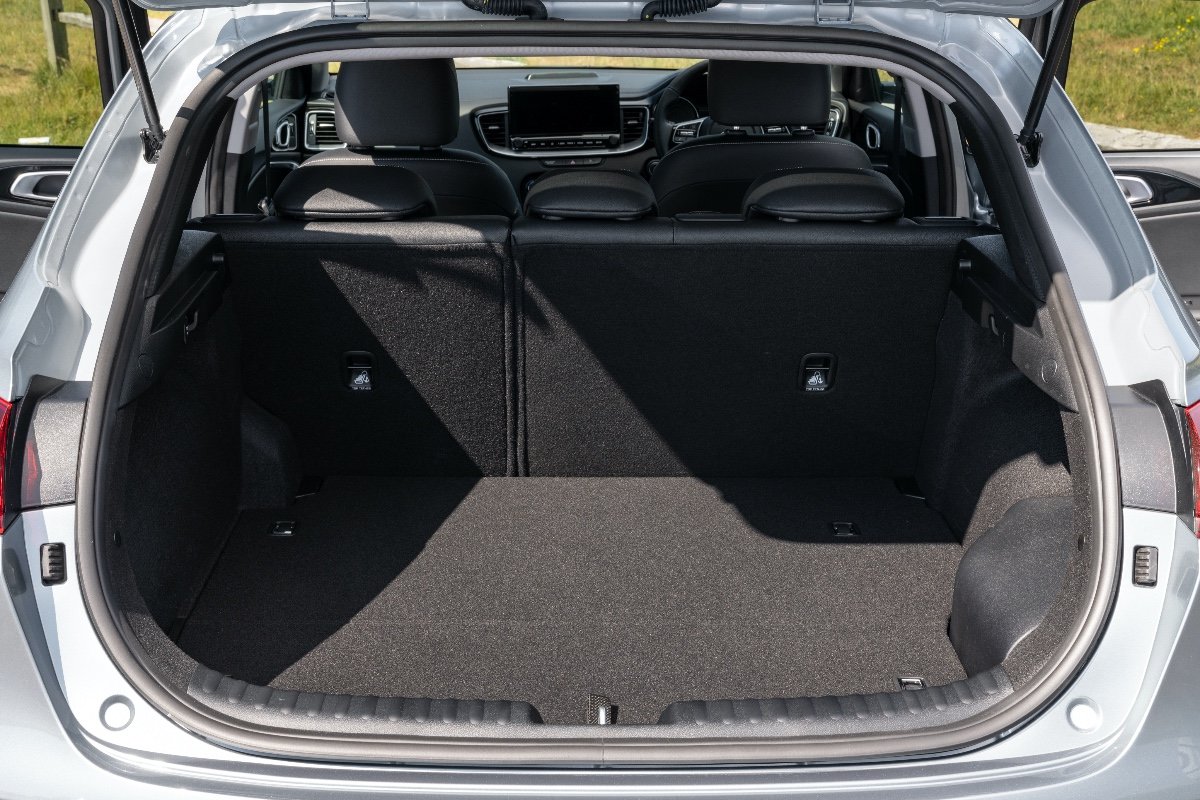 Despite its appearance, the XCeed isn’t available with a four-wheel-drive system and is powered by a range of relatively small engines. That said, running costs might not be as low as these facts suggest.

Let’s start with the only diesel engine in the range, a brand new 1.6-litre CRDi unit that complies with all the latest emissions regulations (known as Euro 6d Temp). It is available in two power levels, 113bhp and 133bhp, but both return the same mpg and CO2 figures. However, the official fuel economy figure is an unimpressive 53.3mpg. While in real-world conditions drivers can get pretty close to this figure, it still doesn’t come close to rivals such as the Peugeot 3008 and Ford Focus Active, with the latter citing as much as 80.7mpg as an official consumption.

It’s a similar story with the two petrol engines that buyers can choose from. The smaller of the two is a three-cylinder 1.0-litre T-GDi unit that produces a reasonable 118bhp, but returns just 45.6mpg (44.1mpg in 3 trim). The 1.4-litre T-GDi is only available with the 3 trim, and has an output of 138bhp and a fuel economy figure of 42.8mpg (40.9mpg when the engine is mated to a seven-speed DCT dual-clutch automatic transmission). Again, these figures are easily surpassed by rivals with a comparable 1.0-litre Focus Active able to officially achieve 58.9mpg, with a 148bhp 1.5-litre model, despite having more power, returning 53.3mpg.

So while the XCeed’s engines aren’t exactly thirsty, they certainly don’t match the best that competitor models can achieve. And it’s the same story with the CO2 emissions, which are the basis for Vehicle Excise Duty, commonly known as road tax. The diesels emit as much as 141g/km, costing owners £540 in the first year, while petrol engine emissions range from 140-159g/km, costing £215 to £540. Compare that with the 93g/km of a Focus Active diesel, for example, and you can save almost £400 in the first year.

The saving grace of the range, running costs-wise, is the plug-in hybrid version of the XCeed, combining a 1.6-litre petrol engine with an electric motor. This results in an official fuel consumption figure of up to 201.8mpg and CO2 emissions as low as 32g/km. However, the higher purchase price of the PHEV model means that buyers have to add around £6,000 extra, which means having to save around £2,000 a year (over three years) in running costs to make up the difference. 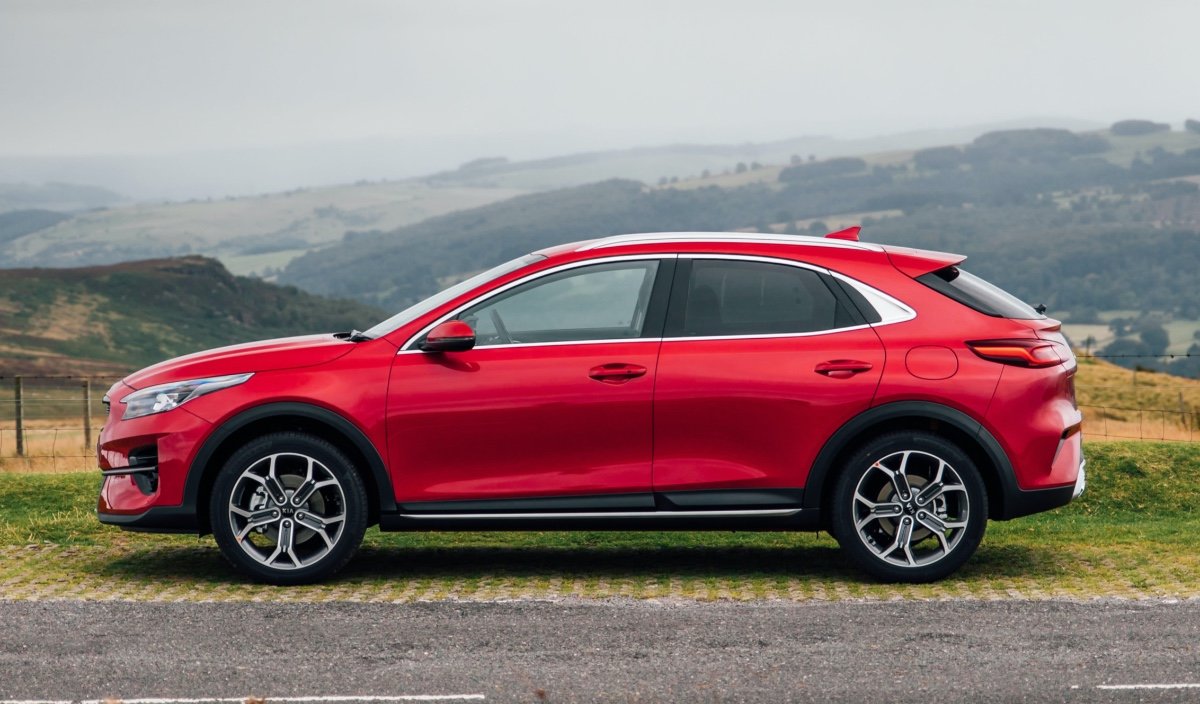 At the time of writing, the XCeed hasn’t been on sale long enough to be included in the annual customer satisfaction surveys, so the verdict is still out.

However, the Ceed on which it is based has performed consistently well in such surveys for some time, with the latest generation maintaining that reputation. The same is true for other Kia models – one poll has seven Kia models in its top 30 – so the marque is clearly very popular with its customers. We expect the XCeed to get the same reception from its owners. A trawl of owner forums brings few issues to the surface, with the most serious being rainwater getting into a sill.

If something does go wrong, Kia’s industry leading seven-year/100,000-mile warranty (which is transferrable when the car is sold) should ensure that any problem is fixed free of charge.

Servicing intervals are every 20,000 miles (10,000 miles if your XCeed has a T-GDi engine under the bonnet) or once a year, whichever comes soonest. The carmaker’s Kia Care service plans are available to owners, developed to provide customers with a choice of service plan options for all Kia models within the first seven years of the vehicle’s life, which matches the seven-year warranty.

The service plans include a range of options, including first, third and fifth services and those in between, but customers can also now purchase services up to and including the seventh service to match the full length of the warranty. These plans are open to all Kia owners and can be bought for any car up to five years old. 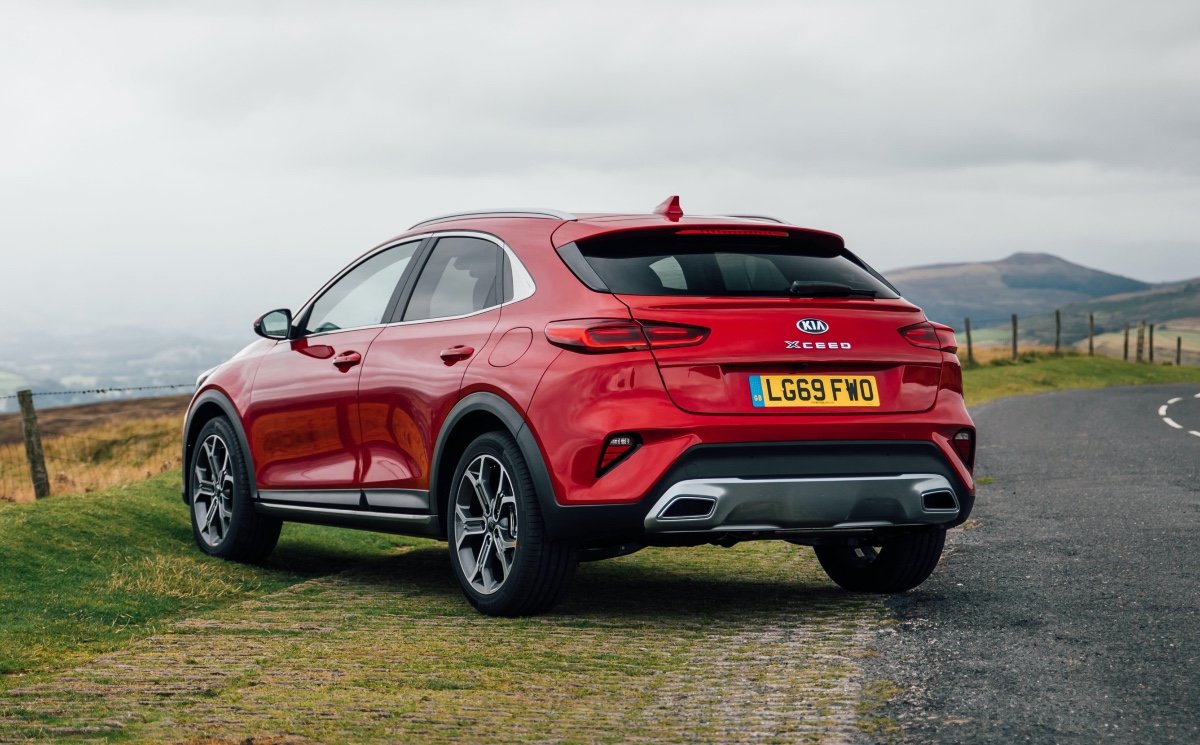 The XCeed is a bit of a mixed bag, with plenty of arguments in its favour of buying – and a few against.

It’s certainly a good-looking car that will win owners kudos with neighbours and friends, with styling that is bang on-trend. It's also well built and comes with a high level of specification, with lots of desirable features, for a reasonable price.

However, while the XCeed shouldn’t prove expensive to run, rivals such as the Ford Focus Active and Peugeot 3008 have more efficient engines that will save you on fuel fill-ups and car tax.

There is a case for the plug-in hybrid XCeed, though. Owners who can manage to cover most of their trips using only electricity will find it cheap to run, which cancels out the main case against the XCeed – but its higher purchase price then creates another.

I you’re a fan of the XCeed’s styling, the running costs might not be too much of a barrier. However, if cheaper motoring is your priority, the Focus Active is a strong rival and is an alternative worth considering.

Search for a Kia XCeed for sale on CarGurus.