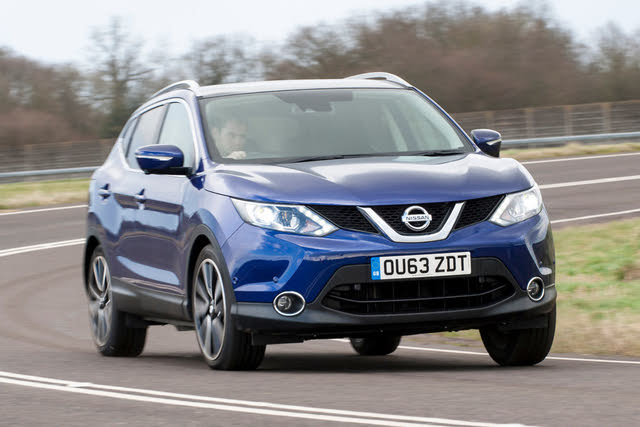 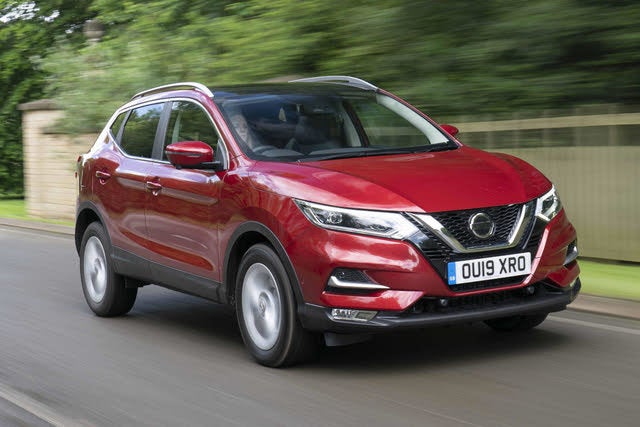 The Nissan Qashqai is immensely popular in the UK. Not only is it the biggest-selling car of its type, it's also one of the biggest-selling cars of any type. It's easy to see why, too. The smart SUV-inspired design is hugely appealing to family car buyers with a sense of style, while the roomy cabin and generous boot make it capable of dealing with all those day-to-day family needs. Nice inside, good to drive and reasonably well equipped, the Qashqai is a cracking all-rounder, and it's popularity means there are lots of good, affordable examples on the used market. 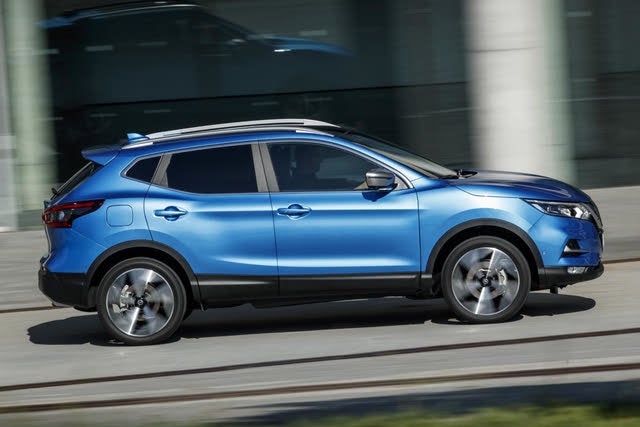 The original Qashqai was launched in 2007 and was a massive gamble for Nissan: not so much for its unpronounceable name, but because it was so different to the rest of the company’s fairly staid range, not to mention all the conventional family hatchbacks with which the car competed on account of its jacked-up 4x4-like styling. It was, however, a gamble that most certainly paid off. The Qashqai instantly became a huge hit and was still selling strongly when its replacement, reviewed here, was launched in 2013.

Sharper looking, the second generation Qashqai was a distinct improvement on the car it replaced in a number of other ways, too. The first car’s rather plasticky interior was replaced with one that used higher-grade materials for a much posher feel, and more standard equipment was provided, too, with even entry-level models getting air-con and cruise control, although it’s worth upgrading to our favoured Acenta Premium trim for its alloy wheels, rain-sensing wipers, leather steering wheel and upgraded infotainment system, complete with a 7.0-inch touchscreen, DAB radio and satnav. Plus, of course, you get the elevated seating position for that true SUV feel, and good visibility in all directions.

The second generation Qashqai offered better practicality than before, too, an essential factor for any family car. That was down to having a good bit more room in the passenger compartment, a smidge more boot space and some clever touches to make life tha little bit easier. The new car also offered improved driving dynamics, with a more comfortable ride at all speeds, improved rolling refinement and handing that was significantly less roly-poly in bends. It’s worth hunting out a model with smaller wheels, though, because the bigger 19-inch items that are standard on higher-end cars make the ride a bit more jiggly.

A range of economical turbocharged petrol and diesel engines were offered. Initially, petrol choices included a 1.2 with 113bhp and a 1.6 with 161bhp, although the former was a bit gutless and the latter was a bit expensive. Diesel buyers had the choice of a 108bhp 1.5 and a 128bhp 1.6, and the entry-level option was the pick of the pair as it was cheaper to buy, more economical and delivered more-than-adequate performance and refinement.

A CVT automatic transmission was an option for models with the 1.6-litre petrol engine, and some higher spec versions were available with four-wheel drive to give them the traction that went with their SUV-esque styling. However, the vast majority of Qashqais are front-wheel drive and use a manual gearbox.

The news got better for petrol fans towards the end of 2018, when the existing petrol engines were replaced by a pair of 1.3-litre turbo units with 138bhp and 158bhp. Both came with a six-speed manual gearbox as standard, but the latter was also available with a seven-speed twin-clutch automatic. These were an improvement over the engines they replaced, with easier, more muscular performance and improved economy. Meanwhile, the entry-level diesel was fettled to provide slightly more power but stayed essentially the same, while the 1.6 diesel was replaced by a 1.7-litre unit with 148bhp, although the lower-powered version was still the pick even then.

It was a huge seller, the second generation Qashqai, the best-selling car of its type no less, so there are plenty of examples to choose from on the used market. Whatever your budget, you should be able to find a car to suit your tastes. Unlike the original Qashqai, though, there’s no Qashqai+2 variant, so the second generation car is not available with the option of seven seats, meaning those who need capacity for more than five people will have to look elsewhere.

Slotting in between the Juke and X-Trail in Nissan's SUV lineup, the Qashqai was once the benchmark in its class, even when considered alongside brilliant rivals such as the Kia Sportage, Mazda CX-5, Hyundai Tucson and Renault Kadjar, the last of which is pretty much the same car as the Qashqai underneath. True enough, the Qashqai has since been overtaken at the top of the small SUV class by newer cars such as the fabulous Skoda Karoq and brilliant Peugeot 3008, but there’s still plenty to like about the good old Qashqai. After all, so many car buyers can’t be wrong… 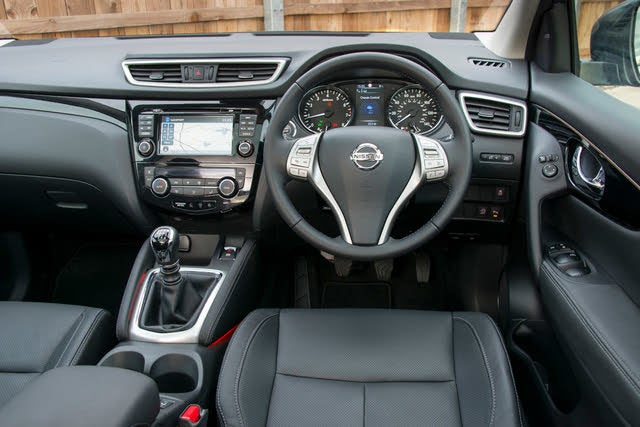 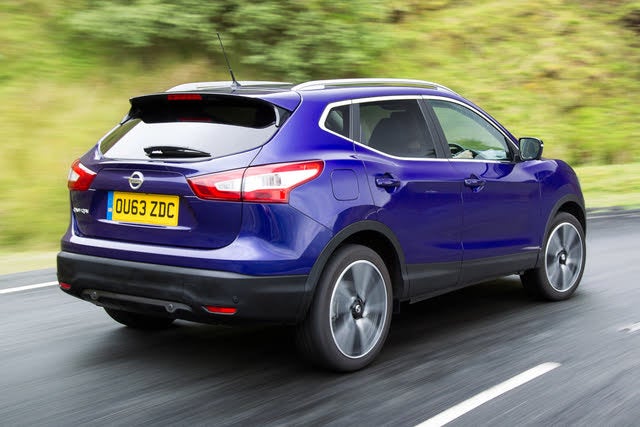 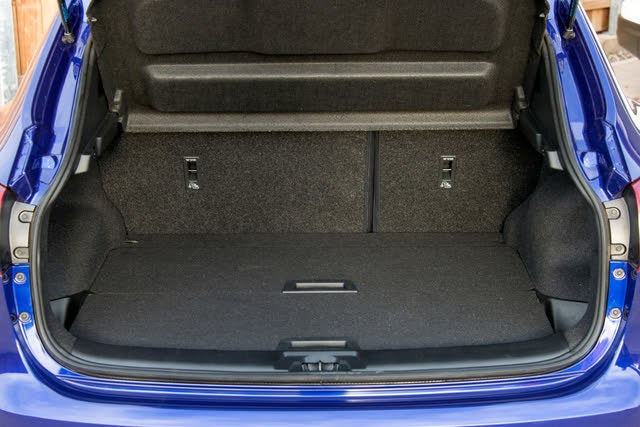 If you buy a used Nissan Qashqai, you largely avoid the car's biggest running cost: depreciation. We’ve heard of one owner who bought an N-Tec+ model as a new car for £24,000, and less than a year (and 5,000 miles) later, was told it was worth £16,000… ouch! On the other hand, he did remark that he regularly got 67mpg.

Good fuel economy is a feature of all the Qashqai's engines, with official consumption figures on the happy side of 50mpg, while the 1.5 dCi turbodiesel claims to give 74mpg: not many owners get as much as that, but some do. With subdued drinking habits come rewards from the exchequer, with annual VED charges from £0 to £150 at most.

Some owners report that the Qashqai is heavy on tyres, with the front pair possibly needing replacement after only 10,000 miles. Nissan’s own fixed price servicing packages don’t sound so bad at £189 for a minor service on a petrol model and £209 for a diesel, but weighing against that is the recommendation that the Qashqai should be serviced every 12 months. On the plus side, you do get a year’s worth of European roadside assistance thrown in for free.

The Qashqai uses an eco-friendly air-conditioning gas that is more prone to leakage than previous varieties and can need replacing inside of two years. At £250 for re-gassing, it’s much dearer than conventional air-con gas. 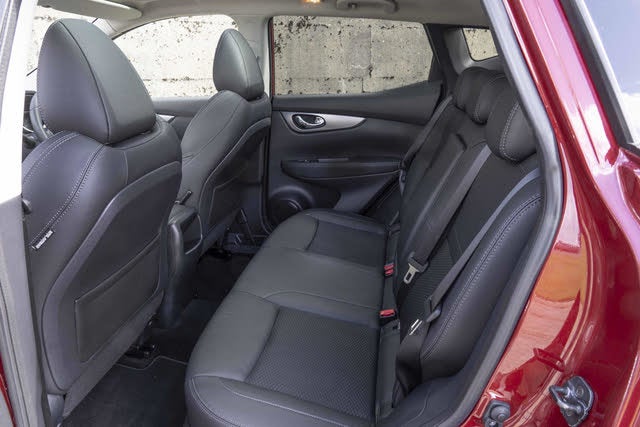 Rear parking sensors suffer from water ingress and then randomly beep out warnings when you’re on the move, while rear-view cameras sometimes display images unbidden. An early recall concerned optional tow bars detaching, and on cars produced between 2013 and September 2016, the right rear wheelarch liner could deform, and in extreme cases, chafe through the brake fluid lines. And talking of brakes, the emergency braking system would sometimes cease to function.

Many owners complained of batteries that would mysteriously (to the dealers, at least) drain their charge completely within a mere few days, while the stop/start function on some cars gave up the ghost early in their lives. Air-conditioning pumps and condensers are reported to fail, and early satnavs were prone to cutting out or freezing. The inability of the Nissan Connect infotainment system to actually connect to mobile phones also vexed some owners, as did creaking suspension and steering when the car was cold.

Of some consequence are the number of complaints about the CVT automatic gearbox, which could fail completely inside of 20,000 miles, and then require replacement or refurbishment. A new one costs about £6,000, so ensure the one you’re looking at isn’t sloppy or making a grinding sound if it’s outside of warranty. And remote locking key fobs are occasionally not recognised by the Qashqai’s security system, making it hard to gain entry to your own car without the help of a national breakdown organisation.

The 1.5 dCi engine has gained a little notoriety for a flat-spot at around 1,750-2,000rpm, leaving you with scarily feeble acceleration when, for example, entering a roundabout or pulling out into stream of fast-moving traffic.

Check out some of the vehicle reliability websites and you’ll find some disgruntled Qashqai owners. On the other hand, in 2017 the Qashqai was the UK’s third best-selling car behind the Ford Fiesta and Focus, so clearly it also has a great many fans.

Its commandingly high driving position, spacious interior, refined dynamics and excellent fuel economy make for an appealing package, and in the classifieds you’ll find many bargains. But do make sure the Qashqai you’re looking at has been in to the dealer for the various recalls, and that all the electrical items work as they should.

Search for a used Nissan Qashqai for sale on CarGurus

Angie I love the Nissan qashqai nice an big spacious these SUVs everything I am looking for except not a diesel just not for me diesels.

Samuel WHY IS THERE NO AUTOMATICS.

Robert my famiy members and work friends have had A Qashqai and all have had many problems,and have sold them with no faith in them.One broke down 3 times in 4 months all different problems and travelling to work .I say this as i was considering buying one but seeing its rated more than 160 of the most unreliable vehicles put me off,And i read of very poor after service with problems ,apparently almost half of all Nissan Q have build quality problems and thats part of the reason many are for sale and have had many owners.IM not knocking Nissan Q but its obvious the car is no way as good as its other models unless your the lucky 58 %