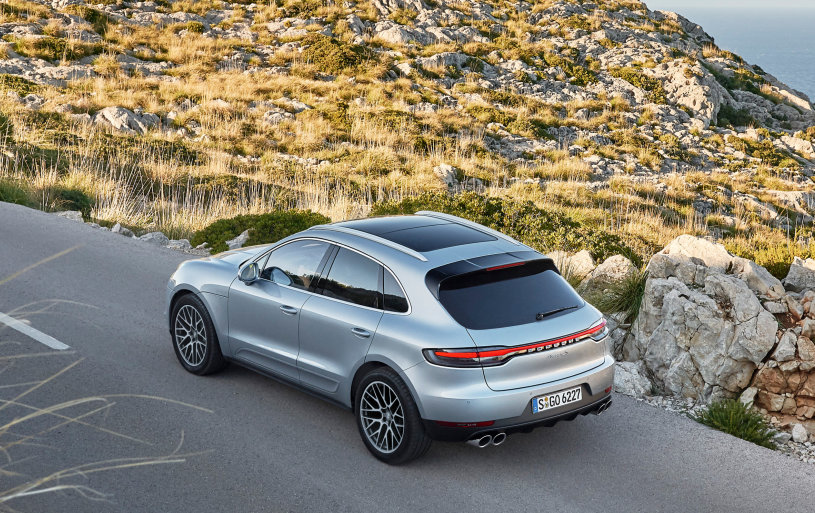 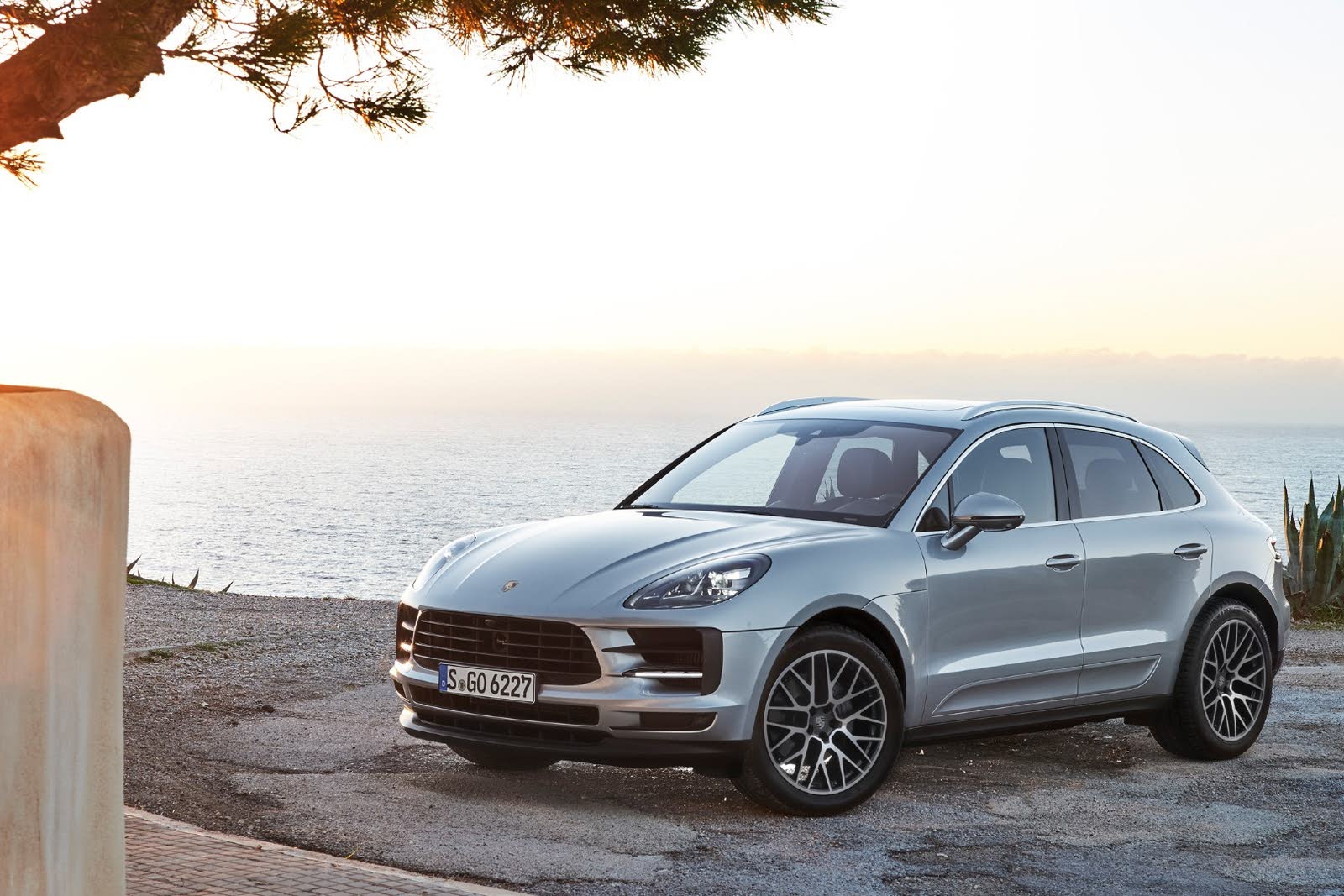 Despite their label, few Sports Utility Vehicles offer a drive that is truly sporty. Porsche takes issue with that, and the Macan, its smallest SUV, was created to put the German company’s oomph into the type of car that is better known for being built for comfort rather than speed. It costs from more than £47,000 and four versions are available, ranging from brisk to get-me-to-a-horse-trough-my-trousers-are-on-fire fast. 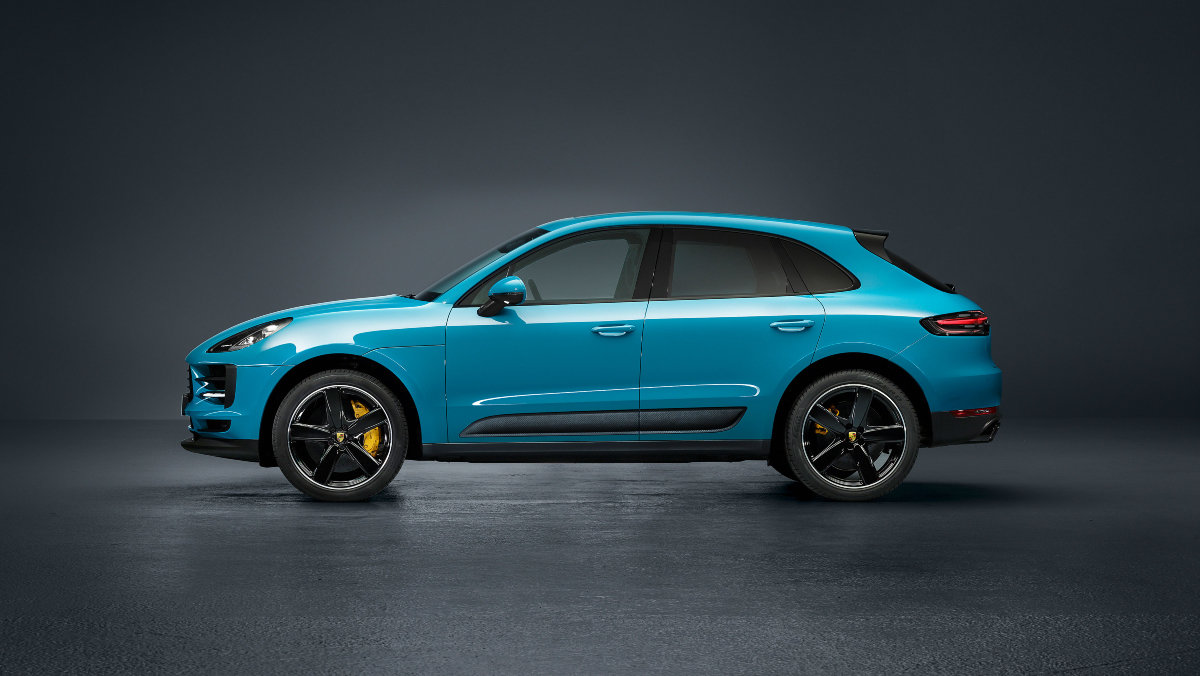 Can there be such a thing as an SUV that stands your hair on end and stretches a smile across your face? Porsche likes to think so. SUVs are of vital importance to the German car company’s financial health (the Macan is its best-selling model) but given the marque’s reputation for creating outstanding driving machines, it can’t afford for them to drive like some sort of horse and cart. So it set out to make the Macan the most athletic SUV in its class, and made good on its promise.

Of course, not everyone wants a fire-breathing SUV. Which is why there are four models in the Macan range, starting with the base model ‘Macan’ which gets a tuned version of the 2.0-litre, four-cylinder engine from the Golf GTI. Like all other models, it is all-wheel drive. The three other models use an Audi 3.0-litre V6 engine which comes in three states of tune; Macan S, Macan GTS and Macan Turbo. Which you’ll prefer depends on your budget and your need for speed.

Before you take any Macan for your first drive, however, its styling will impress you at a standstill. Facelifted in 2018, it’s got a tough, wheel-at-each-corner stance, features a striking LED lightbar that stretches across the width of the back of the car and has an interior aesthetic and fit and finish that puts the competition to shame. Settle into the driver’s seat, survey your surroundings and you’ll quickly appreciate that no other compact SUV feels so well made. The quality of the materials feels first-class, the multi-adjustable driving position is comfortable and you’ll be comfortable covering long distances from behind the steering wheel.

As part of the facelift, a new 10.9-inch touchscreen for the infotainment system dominates the centre of the dashboard. With a detailed resolution and slick interface, plus the addition of Apple CarPlay, it’s a lesson to other car makers in creating a user-friendly set-up. However, it takes a while to become familiar with the layout of the switches surrounding the gearlever; and even when you think you know which button does what, you’ll find your eyes drawn from the road to the switches as you check you’ve turned on the heated seat rather than switched off the lane-keep assistance system.

In the rear seats, the Macan’s compact proportions are noticeable. There’s a shortage of legroom for tall adults, and at best the car feels like a four-seater rather than one that would keep five people comfortable, especially if you have to fit one or more child seats (there are two sets of Isofix attachments). So long as you’re prepared to trade off some cabin space in return for the Macan’s quality feel and responsive driving experience, that should be a shortfall you could forgive.

The boot offers almost 500 litres of luggage space, which is more than competitive for the type of car. However, the floor is quite high, so you’ll need to lift up shopping bags or dogs when loading. With a wide, flat-sided load bay, squeezing in bulky items is made that bit easier.

The standard Macan has a four-cylinder engine but is by no means a poor relation to the other models. It is responsive, offers brisk performance yet remains frugal, which explains why it sells well. The Audi-sourced V6 engine is a little lacking in character and doesn’t deliver the pleasing sound some Porsche sports cars are known for, while the seven-speed, dual-clutch PDK gearbox is showing its age.

Regardless of the model you are considering, all deliver class-leading roadholding, assuming you value precision and response over refinement and comfort. This isn’t a light car but it hides its weight well, changing direction in an eager fashion and gripping the road surface with determination. You won't find an SUV at any money that's more satisfying to fling around. And while the ride comfort isn't as cosseting as it is in some cushy SUV rivals, it'll still be easily forgiving enough to satisfy most buyers.

Should you wish to venture off-road, the four-wheel drive system, traction control and limited-slip differential, as well as the car’s ground clearance (between 190 and 210mm), mean it can take farm trails, grassy fields or beaches in its stride, and is able to tow an unbraked trailer weighing up to 750kg. 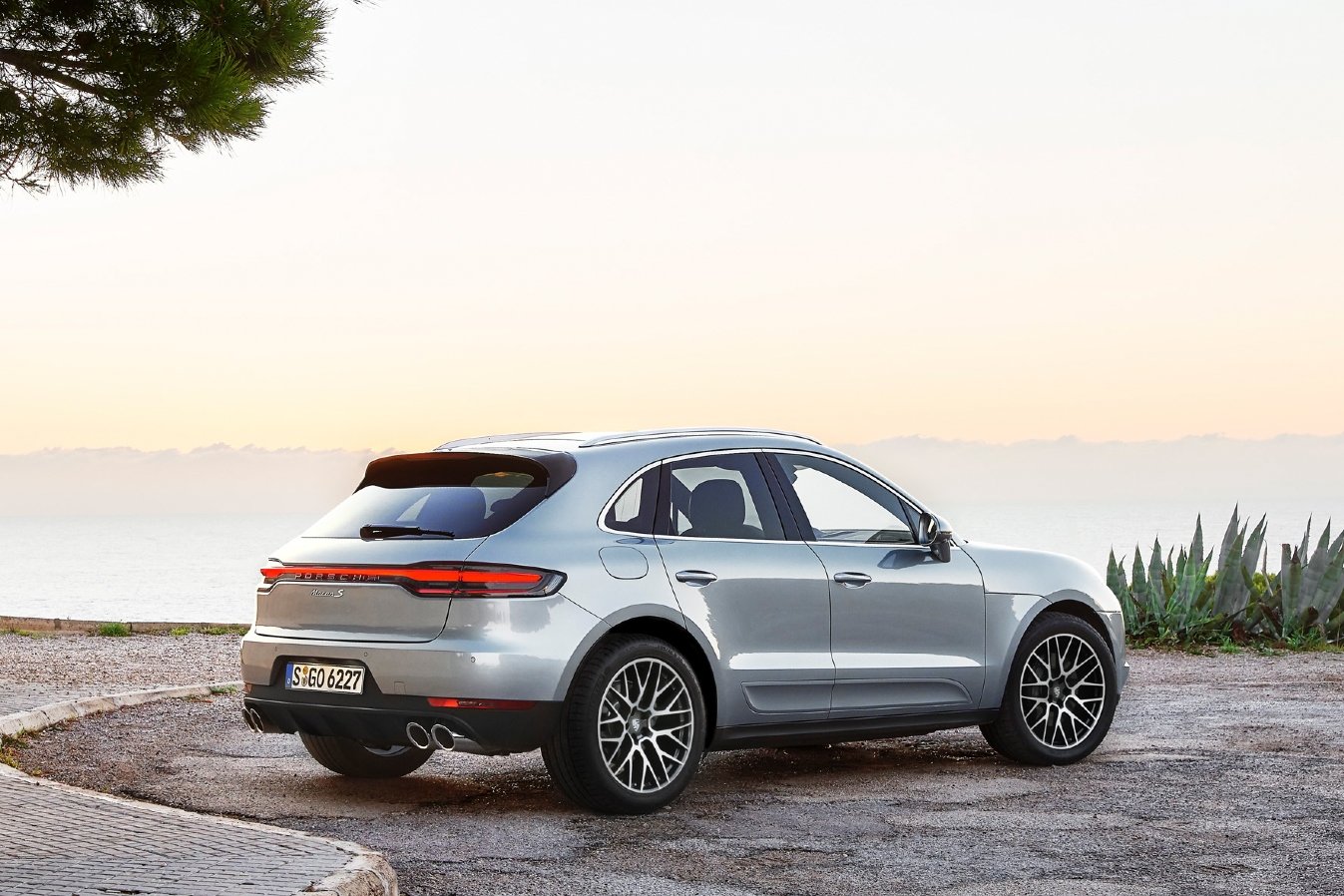 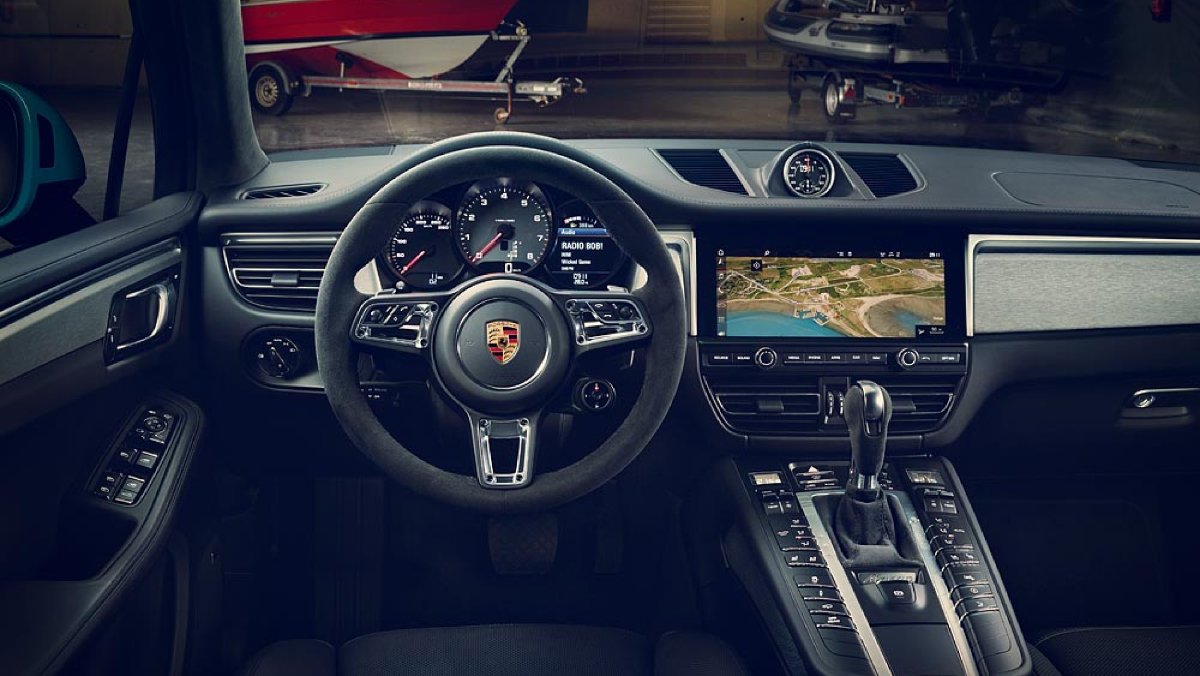 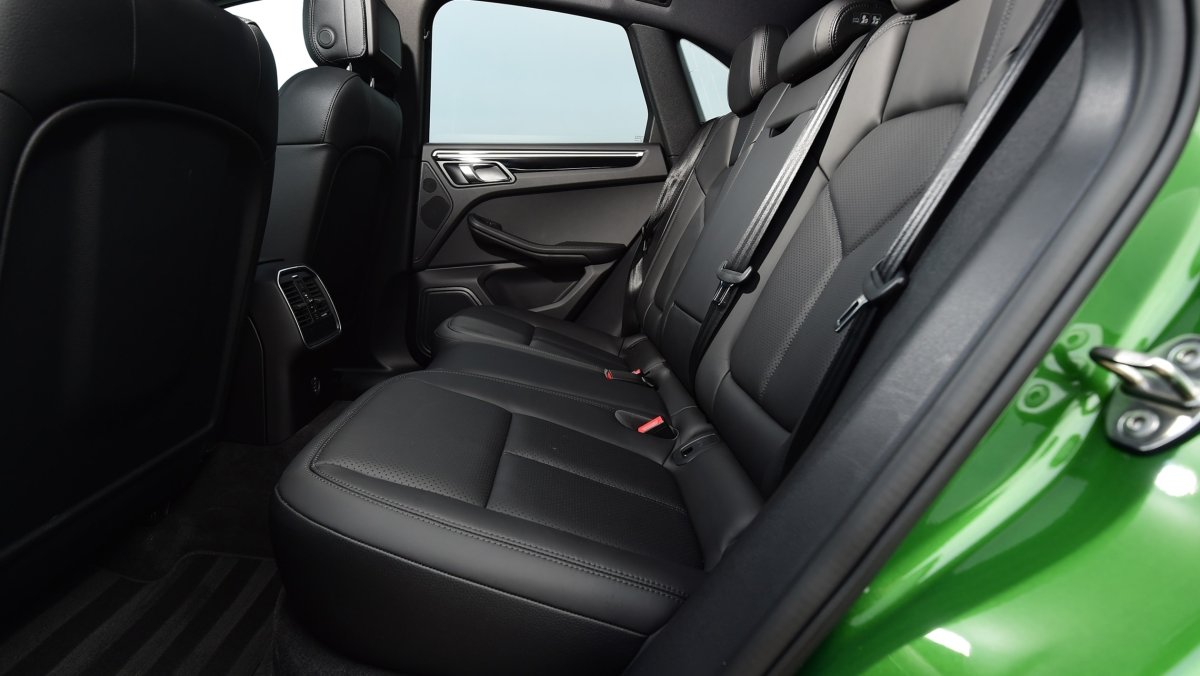 Good news! The Macan may be nearing the end of its life, with a successor due in 2022, but it remains sought-after as a used car. That means the residual values for the Macan are among the best in the SUV class. That said, used buyers will also be happy that the Macan has been around long enough for prices to come down significantly, so early examples can be had for much more sensible money.

The Macan’s service intervals are every two years or 20,000 miles, so you won’t have to pay for annual servicing, or find yourself regularly tempted to buy another Porsche by a canny salesperson who’s put you into a plush-grade courtesy car. However, Porsche servicing costs are some of the most expensive of any manufacturer. And as the years tick by, the list of maintenance tasks naturally increases, so don’t expect to get off lightly when you do have to pay the dealer a visit for scheduled servicing. The alternative is to employ the services of a reputable Porsche specialist, ensuring they adhere to the vehicle manufacturer’s maintenance schedule.

Road tax in the first year costs £1850 for the Macan and Macan S (depending on the wheels fitted, in the case of the S) while the GTS and Turbo models see that increase to £2175. In years two to five, all Macans will cost £475 a year to tax, and then £150 per year after that. Anyone running a Macan as a company car tax will find it sits in the most expensive band, for vehicles that emit more than 160g/km of CO2.

The fuel economy of even the most fuel efficient petrol-powered Macan – 25.7 mpg – will see the typical driver get through a fair amount of fuel in a year. Based on a mileage of 10,000 miles, and an average cost of 114.5p per litre, the Macan four-cylinder will consume slightly more than £2000 a year. If you were to opt for the mid-range, V6-powered Macan GTS, the fuel consumption falls to 23.9 mpg at best, which means an annual fuel bill of £2170. All the more reason why canny Macan buyers will make their way directly to the used market and seek out a good diesel example. The Porsche warranty is nothing out of the ordinary for the class. The German car company provides three years of cover which is par for the course, but it does at least include three years of Porsche Assistance breakdown cover and there is no limit to the mileage that you can cover during the warranty period.

Those who wish to keep their Macan for more than the first three years of its life may wish to consider investing in an extended warranty. Opting for this during the first year means there is no charge for the 111-point vehicle inspection that would be needed later in the car’s life.

In independent consumer satisfaction surveys, the Macan has performed well, even if Porsche as a brand hasn’t. The 2020 What Car? Reliability Survey saw Macan owners report the least faults of any of the luxury SUVs scored by drivers. Its rating of 96.9 per cent was streets ahead of cars like the Range Rover Velar, which managed just 81.9 per cent. 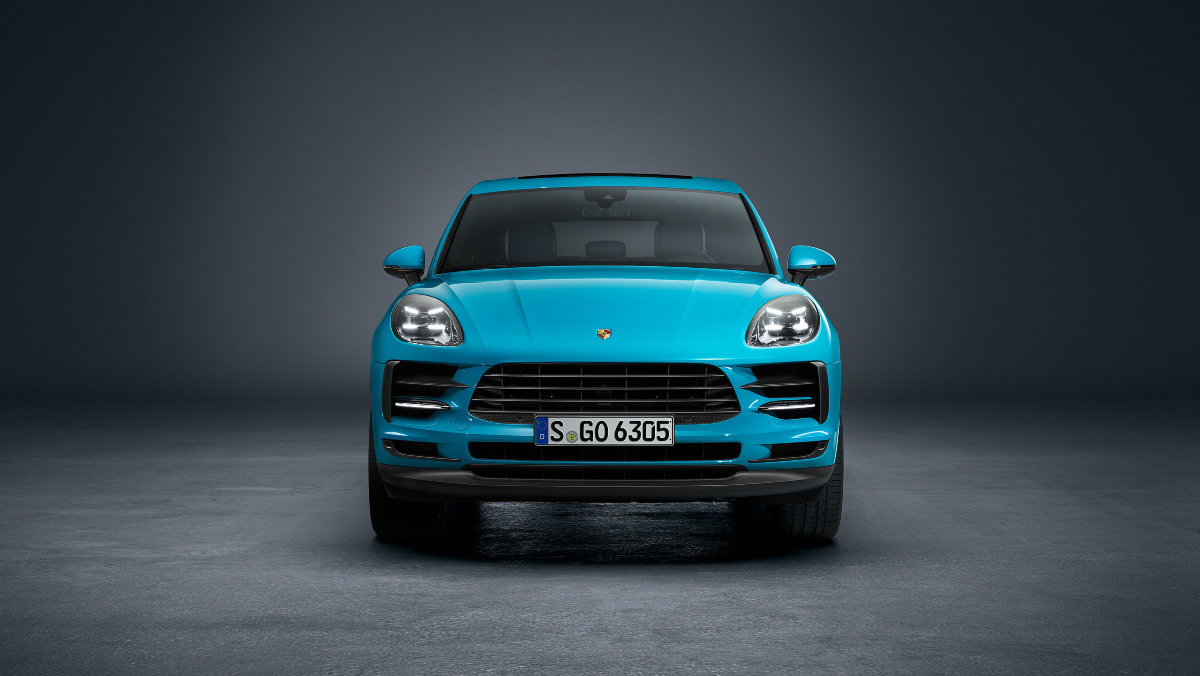 Whether or not the Porsche Macan is for you depends on one of several things, but the most significant is arguably how important it is to drive an SUV that feels sporty on the road. In that respect, only Alfa Romeo’s Stelvio comes close, but it can’t match the Porsche for the quality of the fit and finish of the interior or the impressive residual values.

Because there is so little to visually distinguish between the versions of the Macan, you could buy the entry-level, four-cylinder version and save yourself a small fortune over the Turbo and few people would be any the wiser. But if you’d like to have one of the fastest and most tenacious SUVs ever to tackle a winding road, the GTS or Turbo are hard to resist.

We think drivers will be pleasantly impressed by the spacious boot – not something you find on a Porsche every day – but the back seats are on the snug side, so other midsize SUVs do better on practicality. But if you want a car that puts the sport into Sport Utility Vehicle, the Macan’s for you.

Search for a Porsche Macan for sale on CarGurus.