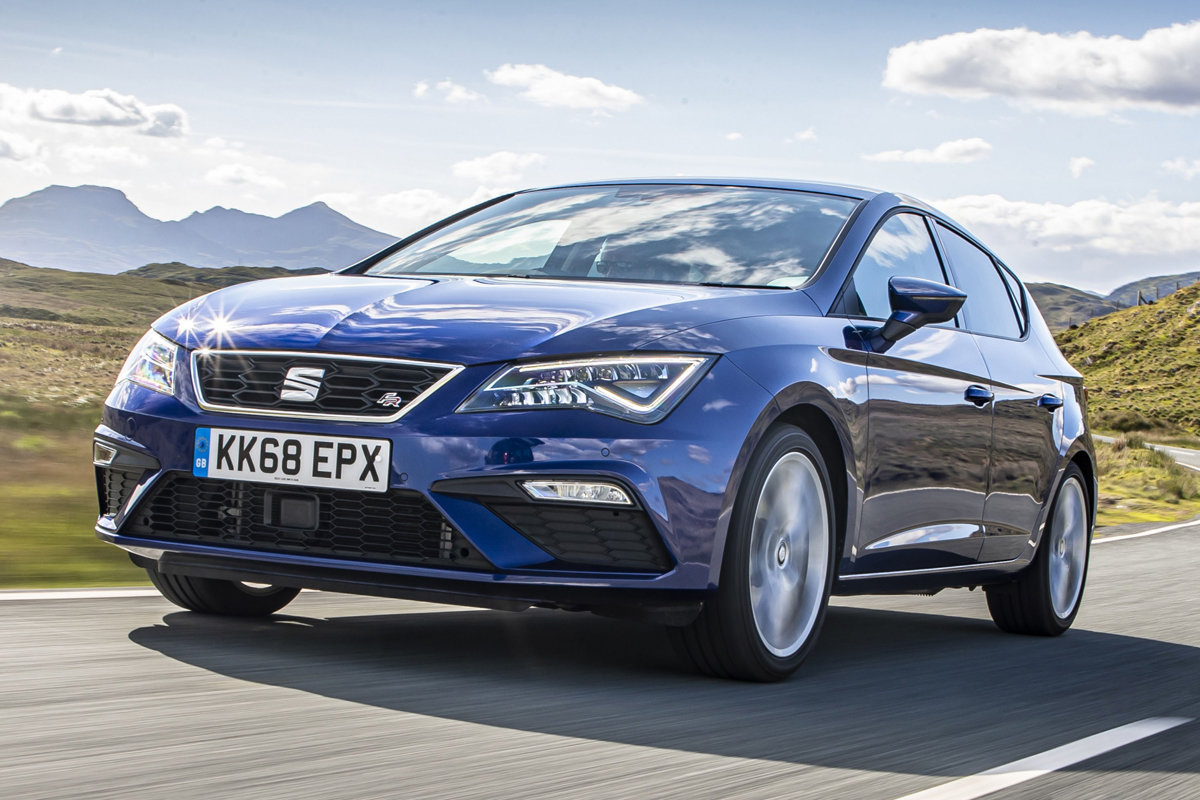 The Seat Leon is a great choice for those seeking a family hatchback or estate. It’s more sporty and sharply styled than rivals such as the Volkswagen Golf, which bolsters its appeal, and options include several engines, advanced tech and different body styles. Consequently, there’s often something on offer to suit most buyers, and even enthusiasts are catered for by the high-performance Cupra variants. 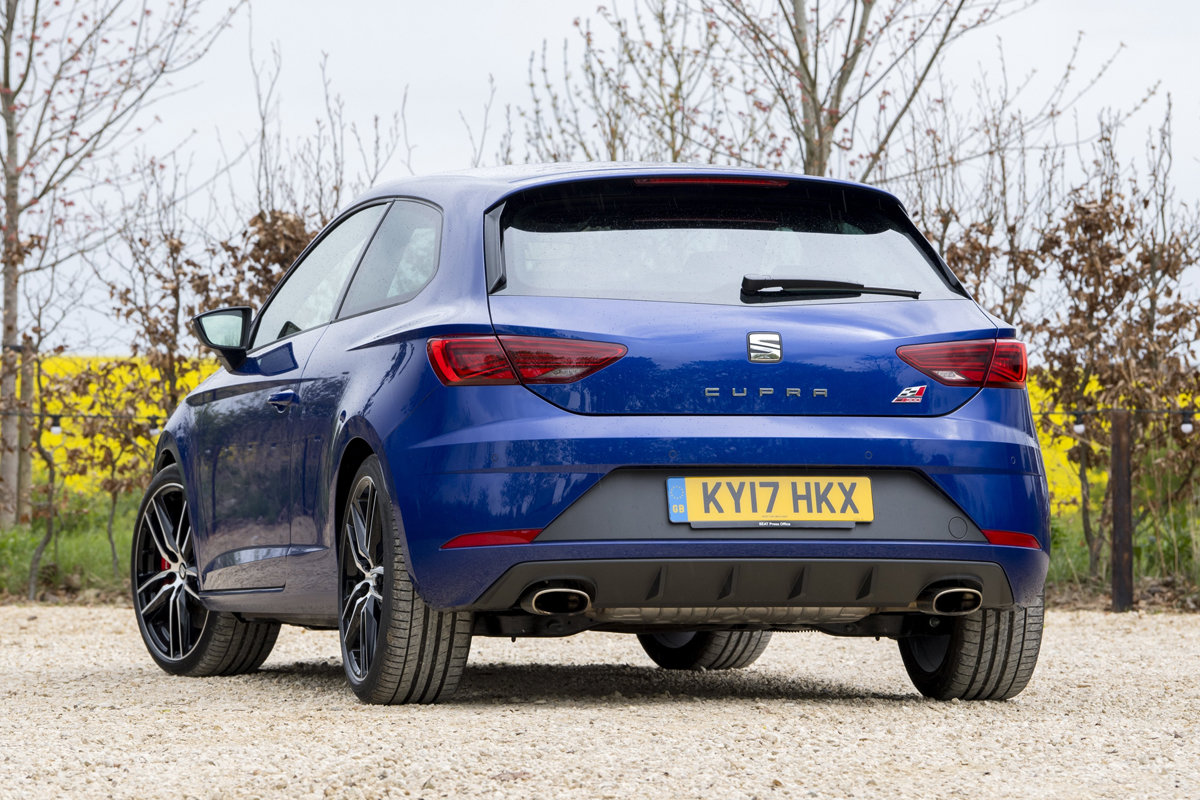 The third-generation Seat Leon hatchback and estate is the Spanish brand’s rival to popular cars like the VW Golf, Ford Focus, Vauxhall Astra and Kia Ceed.

Seat’s Leon is based on the same mechanical bits as other cars from its parent company, the Volkswagen Group, which gives it access to a wide array of technology and engines, but it’s designed to be more stylish and sporting than the Volkswagen Golf, with its sharp looks, more engaging driving experience and wide array of features often making it more appealing to younger buyers.

When the Leon was unveiled in late 2012, the range was relatively straightforward and consisted of a conventional five-door hatchback. A three-door, coupe-like SC model would follow, as well as a five-door estate called the ST. Those wanting something more rugged could later opt for the off-road-honed, SUV-like Leon X-Perience.

There are also myriad sporty versions of the Leon, which benefit from more power, bigger wheels, performance upgrades and styling tweaks. These are ideal for enthusiasts, or those wanting something with some real punch, and they rival cars like the Ford Focus ST, Audi S3 and Volkswagen Golf R.

You’re not short of choice when it comes to buying a Leon, then, and you won’t be disappointed when it comes to the on-road experience, either. Even in base form, the Seat feels light, eager, responsive and fun to drive. That said, it isn’t the most engaging car around, with rivals such as the Focus packing more steering feel. But sporty yet sometimes firm ride aside, it’s easy to drive and effortless to live with.

The TSI petrol engines offer a good mix of performance and efficiency, while the diesel options are frugal and muscular. The hot hatch Leon Cupra models deliver great performance for the money, too, but – like the standard car – they often don’t deliver the handling and engagement behind the steering wheel that you'll find in alternatives such as Renaultsport versions of the Renault Megane.

Regardless, Seat’s Leon is a sensible choice and offers plenty of interior space and a neatly finished cabin. It might not look as modern inside as some rivals, but what it lacks in wow factor it makes up for in ease of use. Three-door versions aren’t quite as practical, due to the lack of rear doors, but they still offer up good rear room and the same boot space as the five-door models.

Overall, it’s hard to fault the package offered by the Seat Leon. It looks good, it feels well built, it’s pleasant to drive and the extensive line-up means it’s easy to find something to suit your needs. It’s also often more affordable than rival offerings, making it a great option for those seeking a family car. 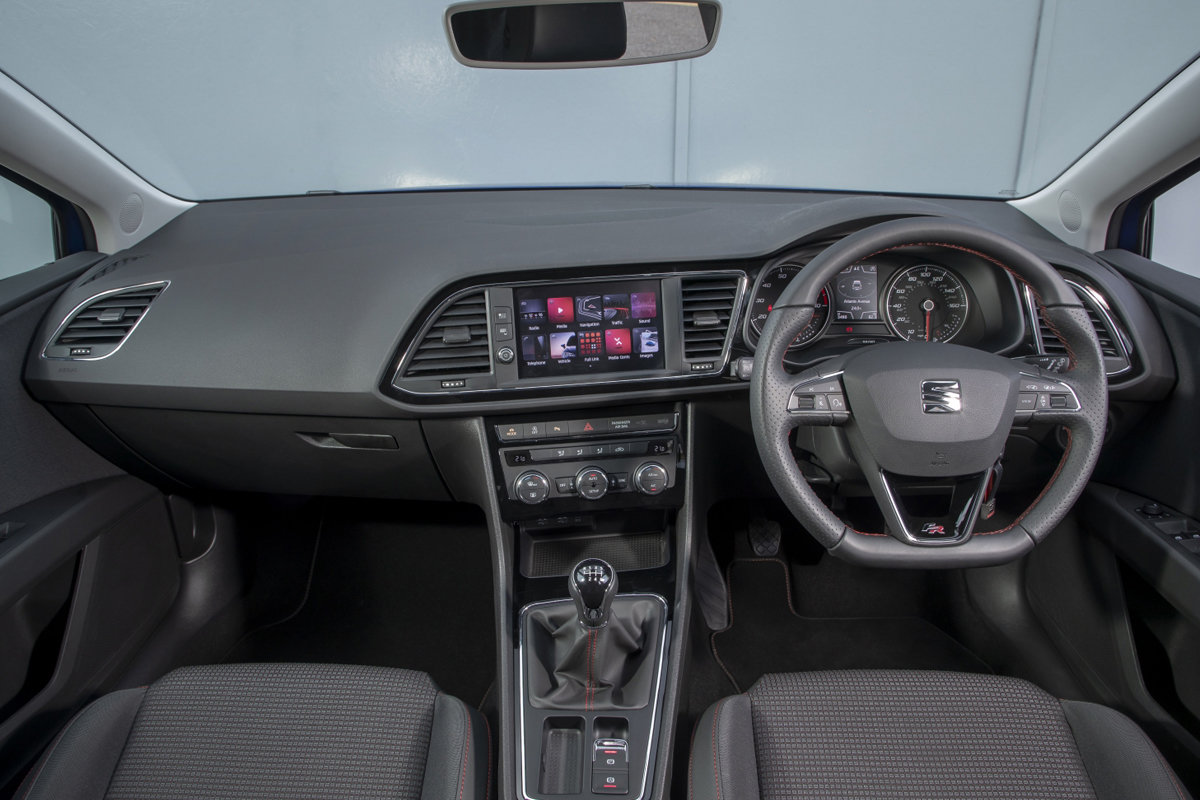 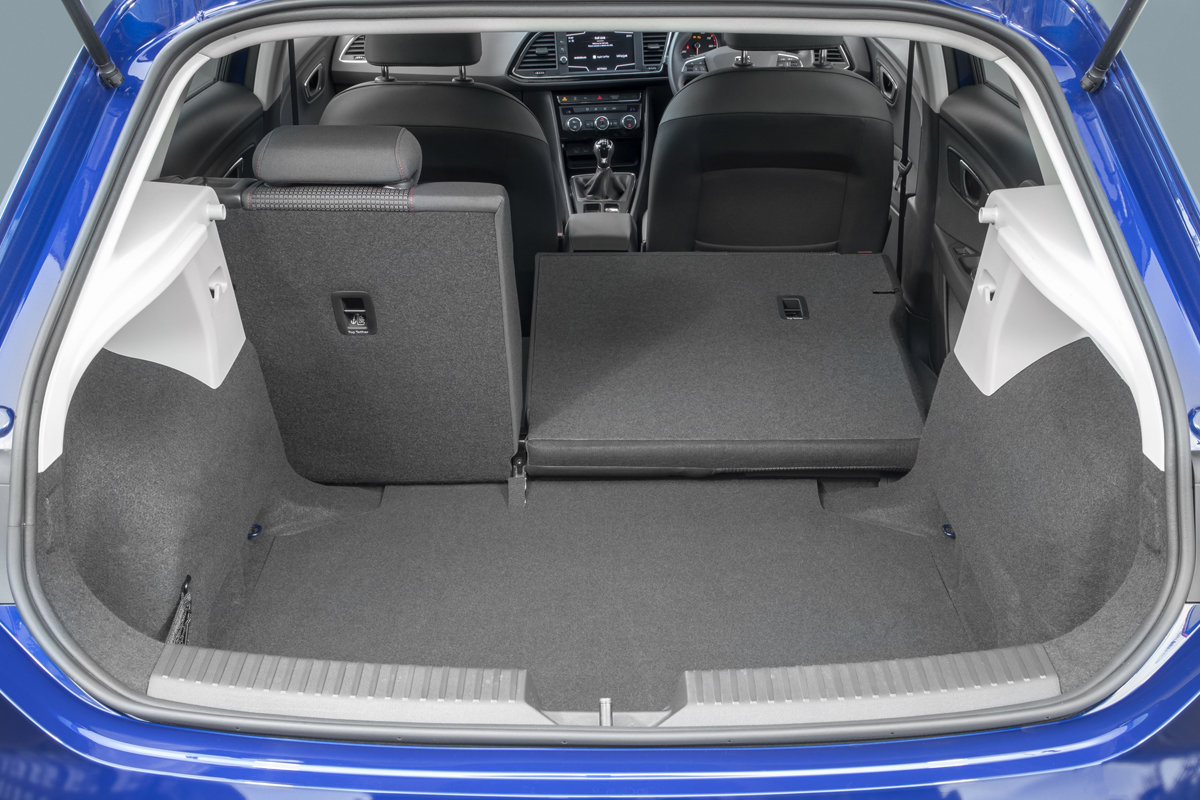 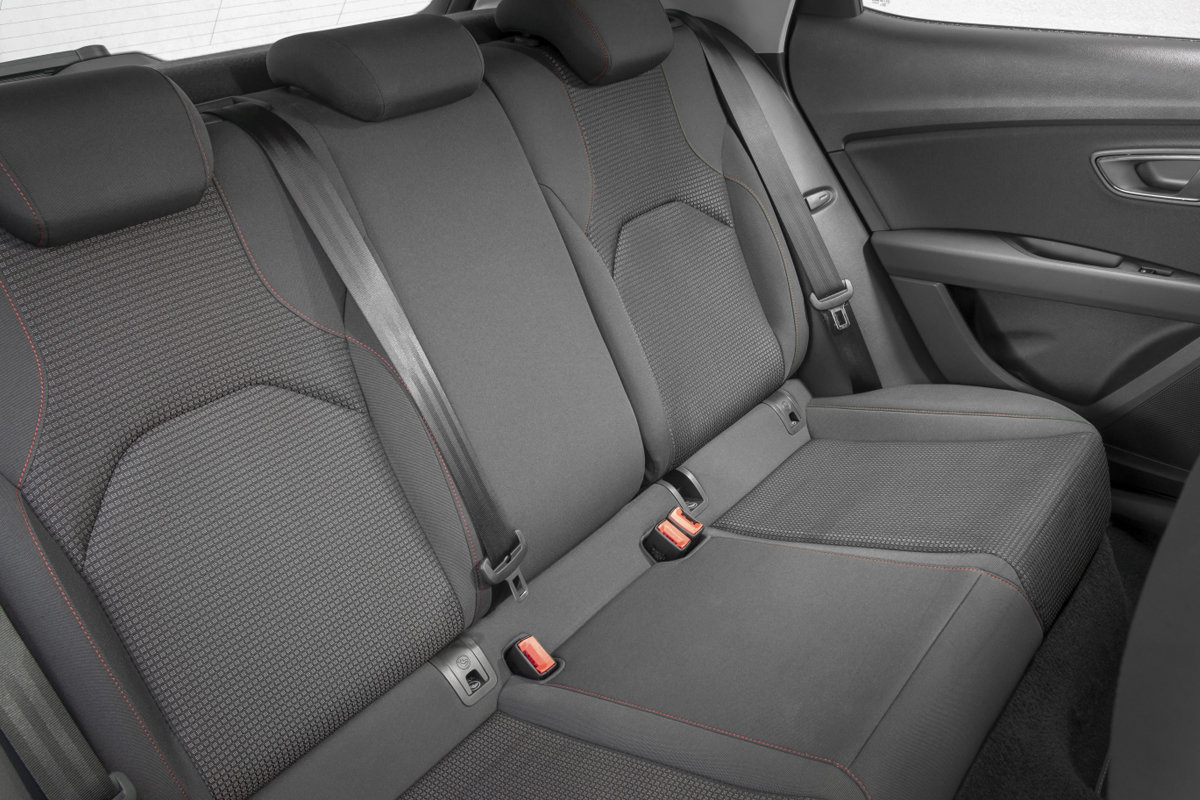 The Seat Leon is generally an inexpensive car to run, thanks in part to its frugal engine line-up. The running costs for the high-performance Cupra versions will be higher, unsurprisingly, but still reasonable considering the performance on offer.

If you want a petrol model and want to keep costs down, it’s probably best to opt for a Leon with the 113bhp 1.0-litre TSI engine. This frugal three-cylinder option is claimed to emit 120g/km of CO2 according to the newer and more realistic WLTP testing rules, meaning low Vehicle Excise Duty (VED) costs. It has a claimed combined fuel consumption figure of 53.3mpg.

The 113bhp 1.6-litre diesel is also a great option, as it emits 125g/km of CO2 yet can return an average of almost 60mpg in WLTP testing. You can expect an mpg figure north of 50 in the real world, too, while the 1.0-litre TSI will generally return around 45mpg.

Even if you go for an older Leon, with the 148bhp 2.0-litre TDI engine, you won’t have to fork out much, as its low emissions mean VED of just £20 a year, while its fuel economy should clock in at over 50mpg.

Servicing shouldn’t break the bank, either. Seat offers fixed-price servicing for cars up to 12 months old, which allows you to spread the cost of two services over 24 monthly payments. If you’re looking at older used cars, there are plenty of excellent specialists who can service and maintain them. This can further help keep costs down.

There are a lot of variants, so do remember to check the figures that apply to the specific used Seat Leon you’re interested in. In any case, even when it comes to the quick Cupra models, they shouldn’t come as an unpleasant surprise. You can expect to pay a bit more for tyres, though, with a premium-brand tyre for a Cupra typically coming in at around £150-£200. For a more conventional Leon, you’ll typically only have to pay around £80 per corner. 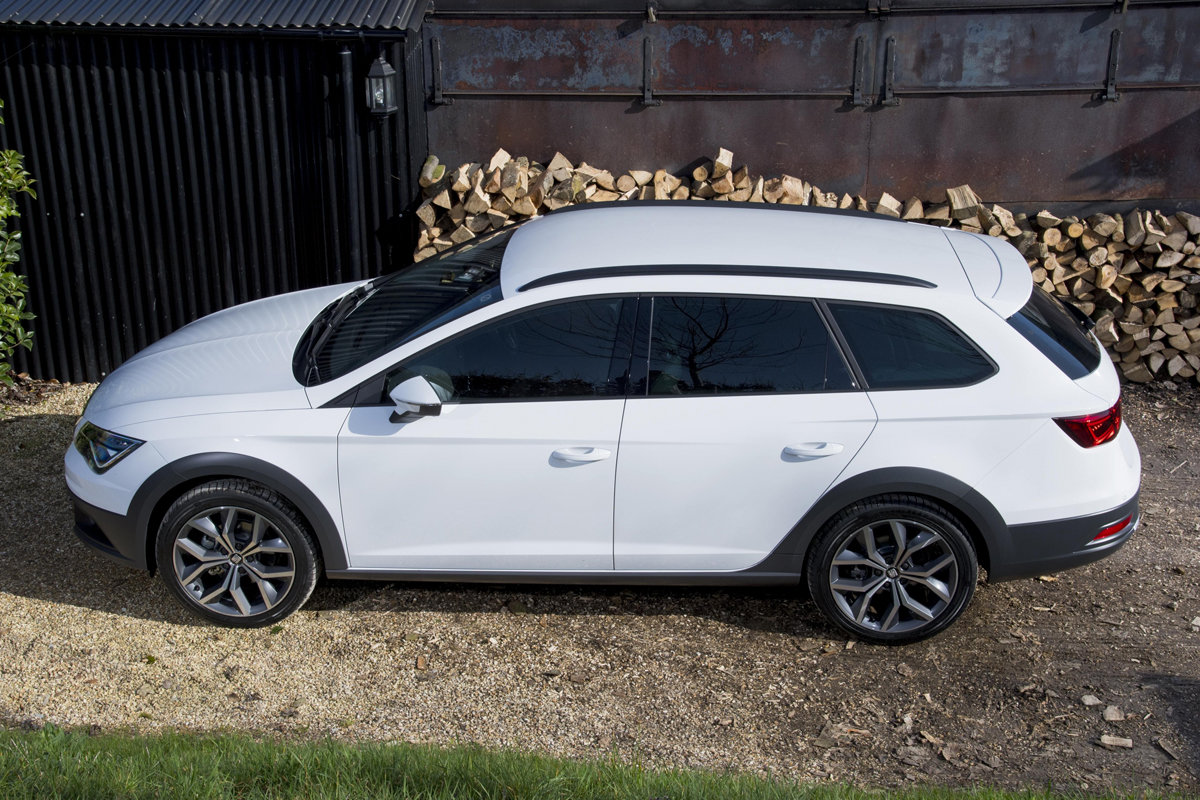 The Seat’s warranty can be extended up to four years and 75,000 miles or five years or 90,000 miles, with the warranty extensions sometimes costing as little as £159. Existing owners can extend the warranty on their car, helping preserve peace of mind as the miles and months roll past.

Major issues should be few and far between, as Seat generally fares well when it comes to reliability and durability, in part because so many of the parts used in its cars are shared across several brands and are subsequently well proven. There have only been one or two recalls each year, too; you can check the details of the exact car you’re looking at using the government’s “Check Vehicle Recalls” service and then ask the dealer or seller if those issues have been rectified.

Buying an approved used Leon can also be a smart idea, as each comes with a minimum of 12 months’ warranty, up to 12 months’ MOT cover, 12 months’ roadside assistance and complimentary drive-away insurance. Each car is inspected and given a comprehensive history check before it is sold, but if you’re not happy you can swap it within 30 days or 1000 miles.

Used Cupra and X-Perience versions of the Leon may have been worked a little harder, so remember to check for any excessive wear and tear or damage. Keep an eye out for the 1.5 TSI models, too, as there have been issues with the engine juddering, a trait which has now reportedly been fixed. Test any prospective purchase carefully, regardless. 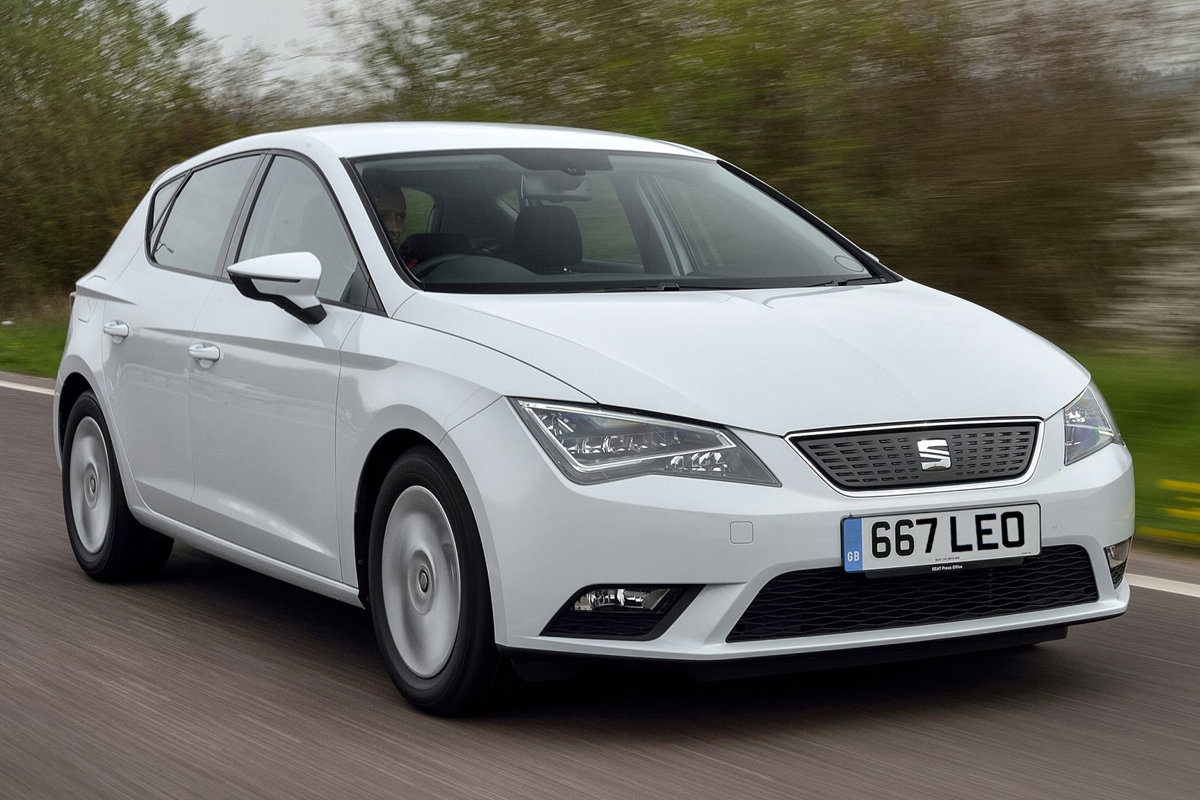 The Seat Leon is a dependable, practical and sensibly sized car that’s good to drive and affordable. It is, as a result, a very tempting option in what is a crowded and competitive market. There’s something for everyone, too, due to the extensive line-up of trim levels and engines, ranging from the super-frugal diesels through to the powerful and quick Cupra variants.

While the Leon is an unquestionably talented car, there are sometimes better options; buyers who simply want an efficient and inexpensive hatch, for example, could go for a Kia or a Hyundai with a longer warranty. Similarly, buyers that want a car with more prestige could look at an Audi A3, or if you want a more engaging driving experience, consider a BMW 1 Series.

If you just want a good all-round choice, however, the appealing and flexible Seat Leon should definitely make the cut.

Search for a used Seat Leon on CarGurus