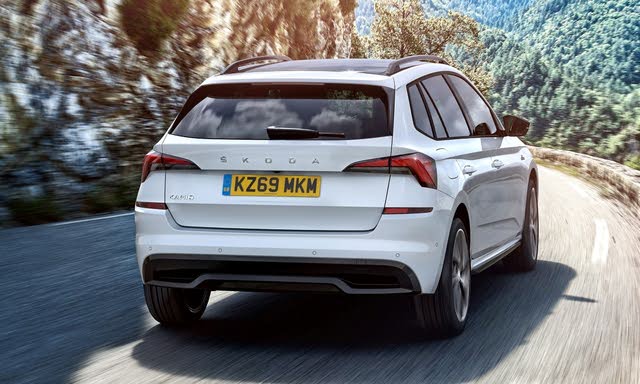 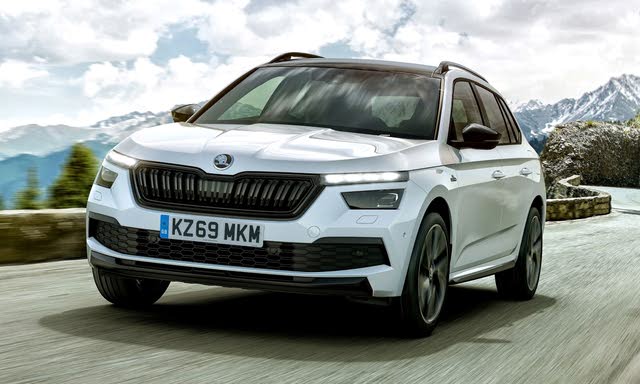 The Kamiq is the smallest of Skoda's family of crossovers and SUVs. Under the skin, it has a lot in common with the Seat Arona and Volkswagen T-Cross, but Skoda's take on the compact crossover is arguably the VW Group's best effort in this class. It's very spacious for such a small car, better made than most rivals, and appealing to drive. As a new car or a used car, it makes a really good buy. 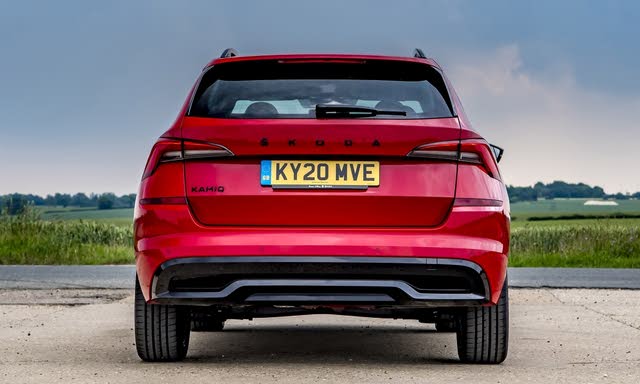 The Skoda Kamiq went on sale in 2019 as a smaller alternative to Skoda's Karoq and Kodiaq SUVs. Compact crossovers are hot stuff at the moment, and there are plenty of very good ones, but the Kamiq's car reviews are almost universally positive. It's right up with the very best cars of its kind, and there are some proper good'uns. Competitiors from within the Skoda's own Volkswagen Group stable include the Seat Arona and VW T-Cross/T-Roc, and offerings from other firms include the Ford Puma, Peugeot 2008, Mazda CX-3, Citroen C3 Aircross, Nissan Juke and many more.

Practicality is its strongest point, despite taking up no more space on the road than a supermini-sized hatchback. Like many Skodas, the Kamiq has more space inside than most of its competitors, and adults will be surprisingly comfortable in the rear seats. There's decent boot space, too, with 400 litres for bags, and that also helps make it a very serviceable family car. However, the Kamiq lacks the sliding rear seats of a Renault Captur or Volkswagen T-Cross.

There's plenty of room to stretch out in the front, although the driving position puts you surprisingly low to the floor for a crossover. If you want the high-up seating position of an SUV, you may prefer to look elsewhere. This reservation aside, though, the Kamiq is comfortable to drive over long distances, thanks in no small part to a plush ride and good suppression of exterior noises. The cabin is also much better finished than those of most small SUV rivals, too: don't go thinking you'll enjoy plusher plastics if you pay the extra for a VW T-Cross, because you won't.

Buyers have the choice of petrol or diesel power, although petrol is definitely the more popular option in the line-up. The entry-level engine is a 94bhp 1.0-litre TSI. It's not as gutless as it sounds, but even so we prefer the more powerful 114bhp version of the same engine. Either way, these little engines punch well above their weight, with willing performance and a characterful engine note.

The 114bhp version is the pick of the range for most needs, but if you want a bit more poke there's a 148bhp 1.5-litre TSI. This is comfortably the quickest version of the Kamiq, although not the most fuel-efficient.

In terms of gearboxes, the entry-level petrol has a five-speed manual, with no automatic gearbox option. The 114bhp and 148bhp petrol models have a six-speed manual or a seven-speed DSG auto. The diesel comes with the automatic gearbox. It's worth noting that every Kamiq is front-wheel drive; no 4x4 model is available.

There are four spec levels to choose between. The entry-level S is only available with the least powerful petrol engine, and the spec is a bit stingy. It has manual aircon rather than climate control, and no Apple CarPlay or Android Auto.

The Skoda Kamiq SE is more generously equipped. You get climate control and smartphone compatibility for your infotainment system, plus cruise control, rear parking sensors, an uprated stereo, and 17-inch - rather than 16-inch - alloy wheels.

Next up is the SE L. The alloy wheels get another inch bigger, and in place of conventional dials the car has a digital cockpit. Satnav is standard, and the touchscreen is bigger and can be controlled by gesture as well as touch. A one-year subscription to a connected services package called Care Connect is also included. Other upgrades include push-button starting and dual-zone climate control.

Monte Carlo spec is the sporty-looking version of the Kamiq, with full LED headlights, a panoramic glass sunroof, black 18-inch alloys, and sports seats in red and black upholstery. 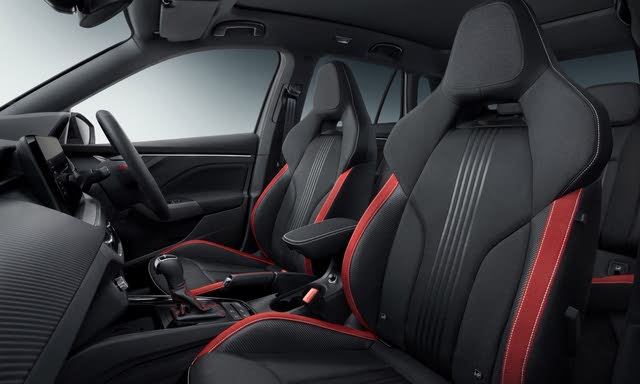 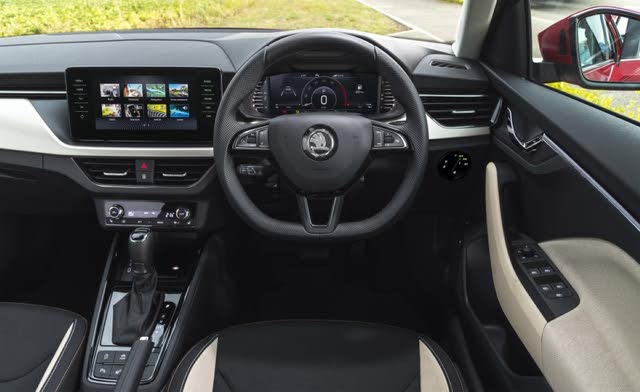 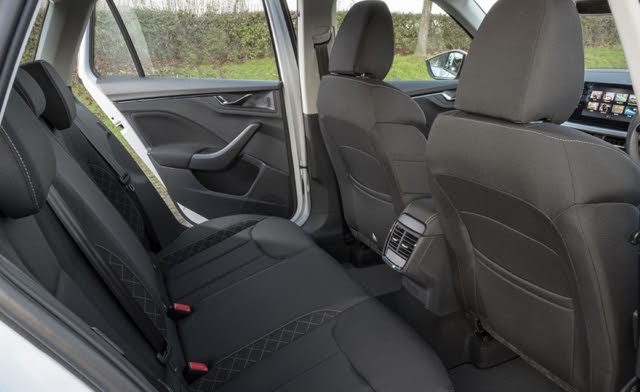 Whether you are thinking of insurance, fuel bills, or servicing, the Kamiq should prove affordable to run.

The Kamiq S is in insurance group eight of 50, which is no higher than some superminis. The base petrol-engined Kamiq in SE spec is just one group higher, while the insurance groups for the more powerful 1.0-litre engine start from group 11. The 1.5 petrol is in group 17 to 19 depending on specification, while the diesel is in group 12.

By way of comparison, the Ford Puma's insurance ratings range from group 12 to 14 (if you ignore the high-performance ST version).

Fuel costs will be low, too. Even the thirstiest Kamiq, the 1.5 TSI DSG, achieves 41.5-47.1mpg on the combined cycle. The Kamiq was tested to the latest, more realistic WLTP standard, so these figures shouldn't be too far off what you can achieve in real-world driving. With a manual 'box, the same engine achieves 42.8-50.4mpg

Go for the diesel for the best economy, although the advantage isn't as pronounced as you might think: it returns 48.7-52.3mpg.

If you want a fuel-sipping hybrid, you're out of luck. There's no hybrid version of the Kamiq, not even a mild hybrid with a 48V starter-generator to help the engine. Skoda is a little behind the curve in this respect, but given how efficient the regular petrol models are, that's not a huge problem.

Skoda offers fixed-price servicing and maintenance plans. They can be arranged when buying a new Skoda Kamiq, or at set-up later for cars up to 15 years old. Regular monthly payments spread the pain, and you'll know the cost is set and won't change because of inflation. Genuine Skoda parts are used, and have a two-year warranty. 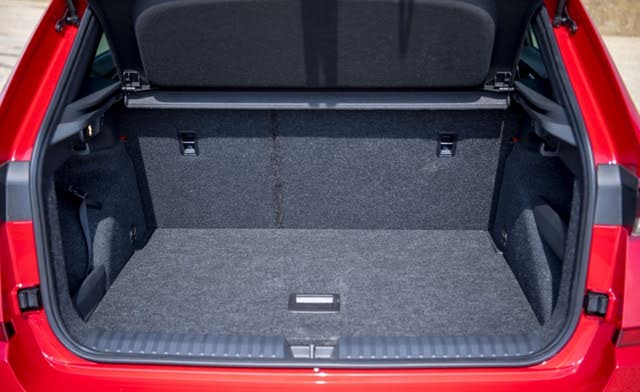 It's a little early to make a definitive judgement about the Kamiq's reliability, but all the early signs are good. As a brand, Skoda invariably does very well in owner satisfaction and reliability studies. The older Skoda Yeti, as well as the Karoq and Kodiaq SUVs, all get positive reviews from owners.

As a general rule, the petrol models tend to be slightly more reliable than the diesels. However, whether trouble strikes or not is likely to be down to how the car is used. Diesel particulate filters (DPFs) can become clogged if a car is used for short, stop-start journeys, and rarely gets a long run. The filter will usually cleanse itself if taken for a longer, faster drive, so regular motorway blasts are advisable.

At the time of writing (autumn 2020), all Skoda Kamiq's are still covered by the original new car warranty. But as time goes on and the earliest cars reach three years old, it's worth knowing that the Skoda Approved Used scheme offers a 12-month warranty. 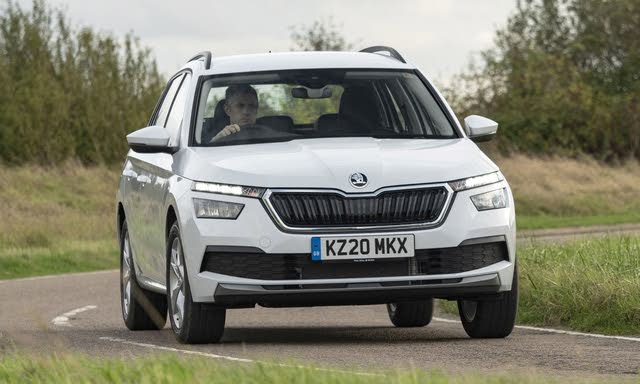 You'll have more fun behind the steering wheel of the Ford Puma, but otherwise, there's nothing much to stand between the Skoda Kamiq and the top of the small SUV class. It really is that good.

You get more interior space in the Kamiq than in most rivals, and although the rear seats don't slide back and forth, they do split and fold so you can juggle passenger and boot space. The cabin is really well finished as well as roomy.

Whether you are looking to buy new or used, the Kamiq is good value. The entry-level S has a modest equipment roster, but the rest of the range has plenty of kit. All the engines perform well – even the least powerful petrol doesn't feel underpowered - and all achieve impressive fuel economy. What's more, Skoda deserves its reputation for building reliable cars, so you can buy a Kamiq with confidence.

Search for a Skoda Kamiq for sale on CarGurus.