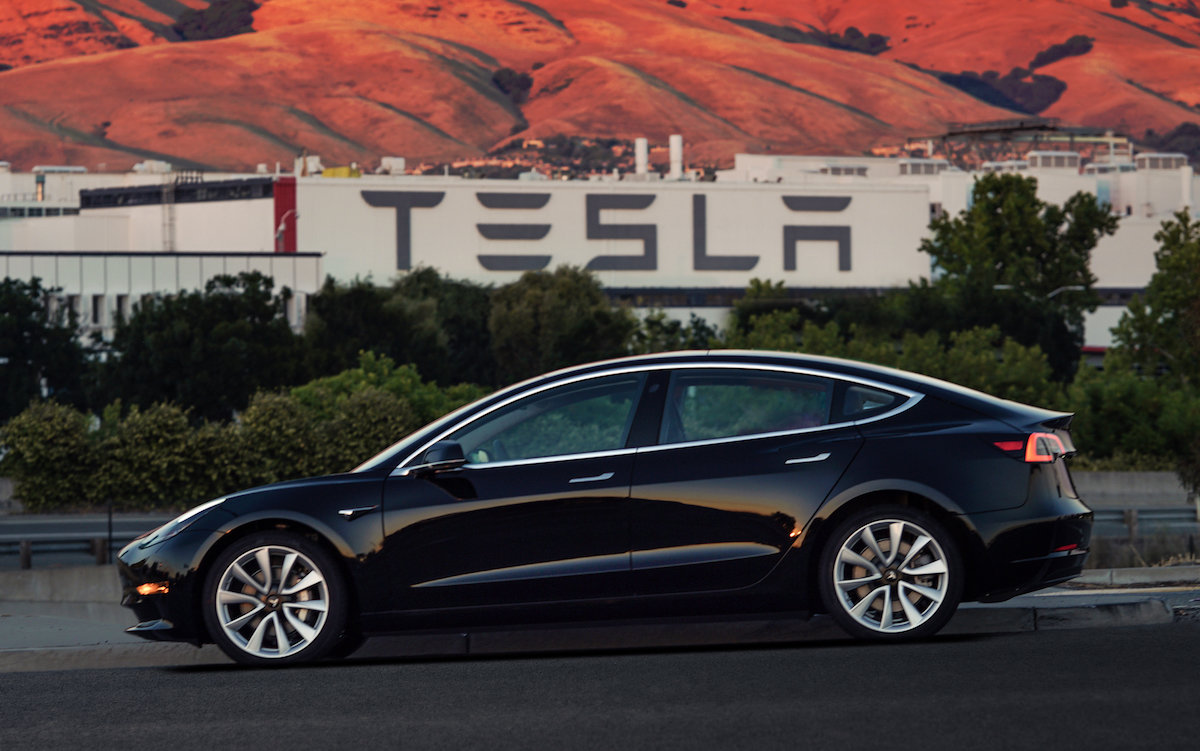 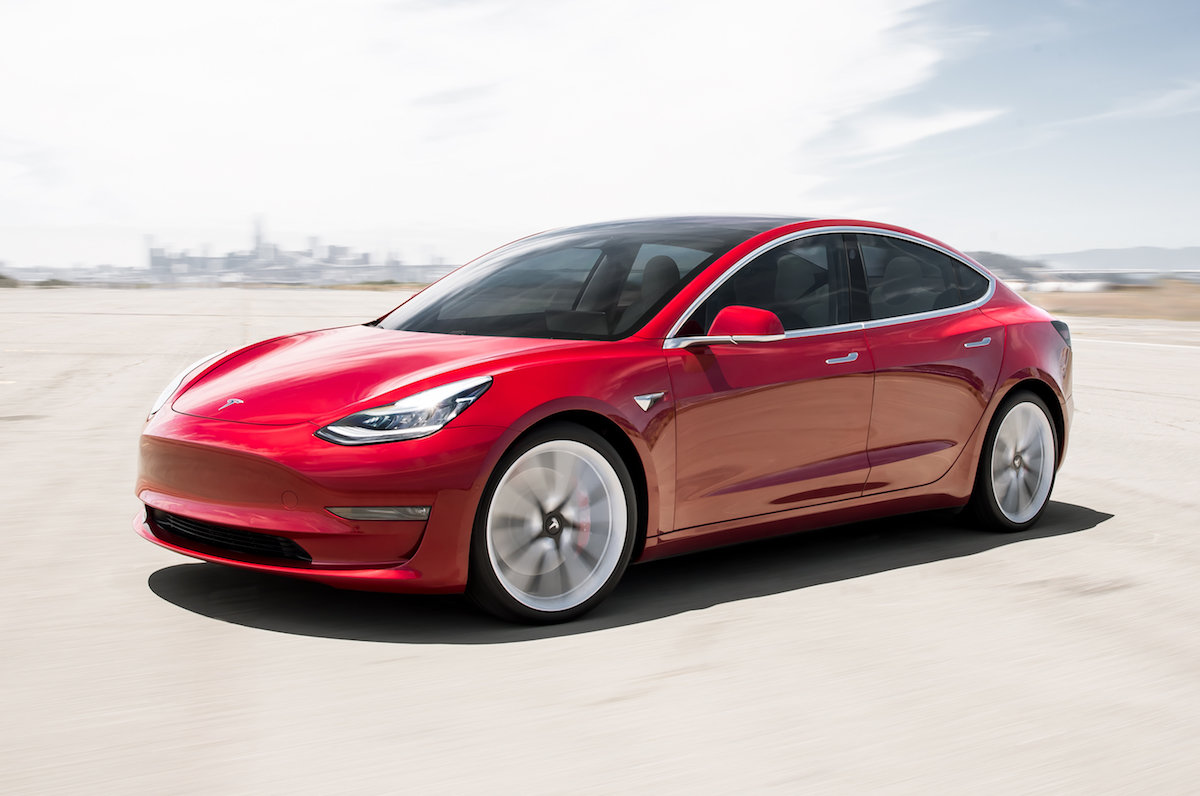 The Tesla Model 3 is one of the best premium electric cars you can buy, and it’s a great price, too. It doesn’t have many direct rivals, since there aren’t many other pure electric offerings in the £40-£50k saloon class, but even if there were competitors aplenty, the Tesla’s impressive tech-first interior, savage pace and fun dynamics would make it hard to beat. 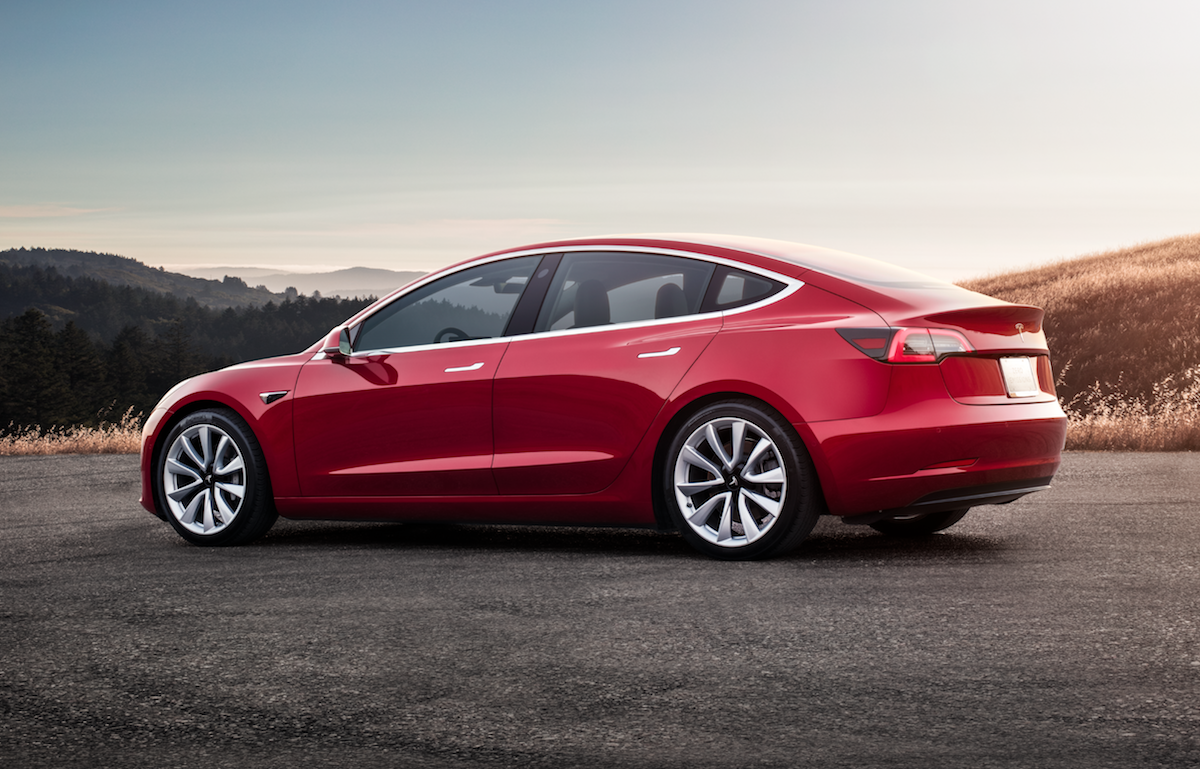 The Tesla Model 3 is a pure-electric alternative to the BMW 3 Series. Complete with an official driving range of between 278 and 360 miles, it also gets Type 2 and CCS compatible charging, meaning that you can charge it at the vast majority of public chargers including, of course, the excellent Tesla Superchargers.

Plug into one of the Superchargers and you’ll get charging speeds of 120kW, and a 100 mile top-up in some 15 minutes. Other public rapid chargers - the sort you normally find in most UK service stations - charge at 50kW and will deliver 100 miles of range in more like an hour. Most owners will do the routine charging at a standard 7kW home wall box, which will deliver a full charge to the Model 3 Standard Range Plus in under 10 hours, while the Long Range and Performance models will take around 12 hours.

The three different Model 3 variants differ in more than just charging and range specifics. The entry-level model is the Standard Range Plus, which comes with rear-wheel drive and 320bhp. It’s still a lovely drive, and is fun at normal road speeds, even if it doesn’t have the tactility and finesse of the BMW 3 Series. The Long Range is our pick of the Model 3 range, with a 360-mile range, 434bhp and all-wheel drive (AWD) courtesy of the dual motors (one on each axle). It’s got a much more focussed feel to its handling than the Standard Range, and while it’s short of the supercar-style pace of the Tesla Model 3 Performance, a 0-60mph time of 4.6sec is still more than fast enough. Ride comfort is good in all versions.

You could argue that the Performance is the best value of the lot, given that it’ll out-pace a BMW M3 with its 3.1sec 0-60mph sprint, yet costs some £20k less than the lairy BMW. Also with AWD as standard, the Model 3 Performance will officially do 352 miles (WLTP) on a single charge.

We’d expect to see more like 230 miles of range in real-world driving from the Standard Range Plus, 300 from the Performance and around 310 in the Long Range model, although driving range varies a lot depending on conditions and driving style. Warm weather and urban speeds will allow you to eke out the best possible range, while motorway speeds and cold weather will both eat away at your battery charge more quickly.

As you’d expect of Tesla, the Model 3’s interior is all about the tech. This is the most minimalist interior you’ll find; there are no dials for the driver, and even the glovebox and steering wheel adjustment are controlled via the huge 15-inch touchscreen. The air vent (also controlled on the screen) is hidden in a horizontal crevice bisecting the dashboard. It’s a very simple design but a very effective one, as it looks smart and feels of a good build quality; not quite Audi, BMW and Mercedes levels but certainly good enough to keep you happy at the price of the Model 3.

Our only big complaints with the Tesla are that it would benefit from a head-up display and a more tactile steering wheel. The speed is shown in the top right corner of the touchscreen, which is not a big problem, but having it right in your eye line would be a very welcome touch. Equally, the steering wheel rim is too chunky and would be more pleasant if it were in a more tactile material than the rubbery-feeling finish it has. Even if we do welcome and encourage Tesla’s ambition to deliver a totally vegan interior, there are more pleasant animal-free finishes available.

It’s comfortable too, with a low-set driver’s seat and plenty of adjustment, and there’s masses of standard equipment. Even the Standard Range Plus gets keyless entry (including a function that allows you to use your phone as the key) as well as satnav, four USB inputs, a glass roof, heated seats with electric adjustment and leatherette upholstery. Long Range and Performance models get the Premium Interior package, which brings a 14-speaker sound system and in-car internet function and media streaming.

Practicality is adequate, with enough space in the rear seats for two average-sized adults to sit comfortably, although you’ll have more passenger space in the back of a BMW 3 Series, Audi A4, Mercedes C-Class or Lexus ES. Rear passenger room is one area where the Model 3 is a little compromised, as it's a touch cramped by class standards. The boot is a little on the small side, too – even combined with the extra cubby you get where the engine would normally be, the total luggage space is less than most petrol or diesel rivals’.

If you can live with the brand image downgrade and you want versatility in a long-range electric car, the Kia e-Niro is a really excellent electric hatchback that offers well over 250 miles in real-world driving and costs less than the Model 3 while offering usefully better practicality. If prestige is important, a used Tesla Model S is a great alternative to a new Model 3, or more expensive electric SUVs such as the Jaguar I-Pace and Audi E-Tron also offer much better practicality. The also-brilliant Polestar 2 is arguably the 3's most direct rival, and with very little to pick between them, which you choose will probably depend on which you like the look of. 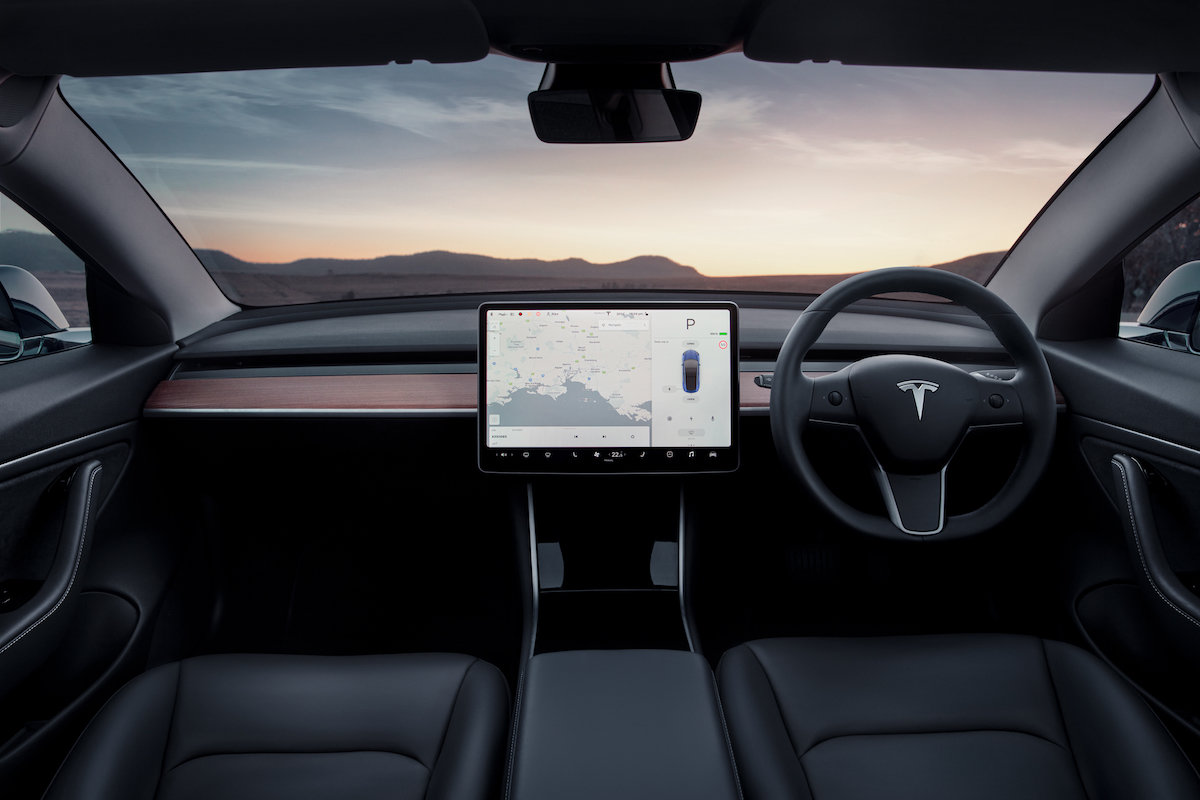 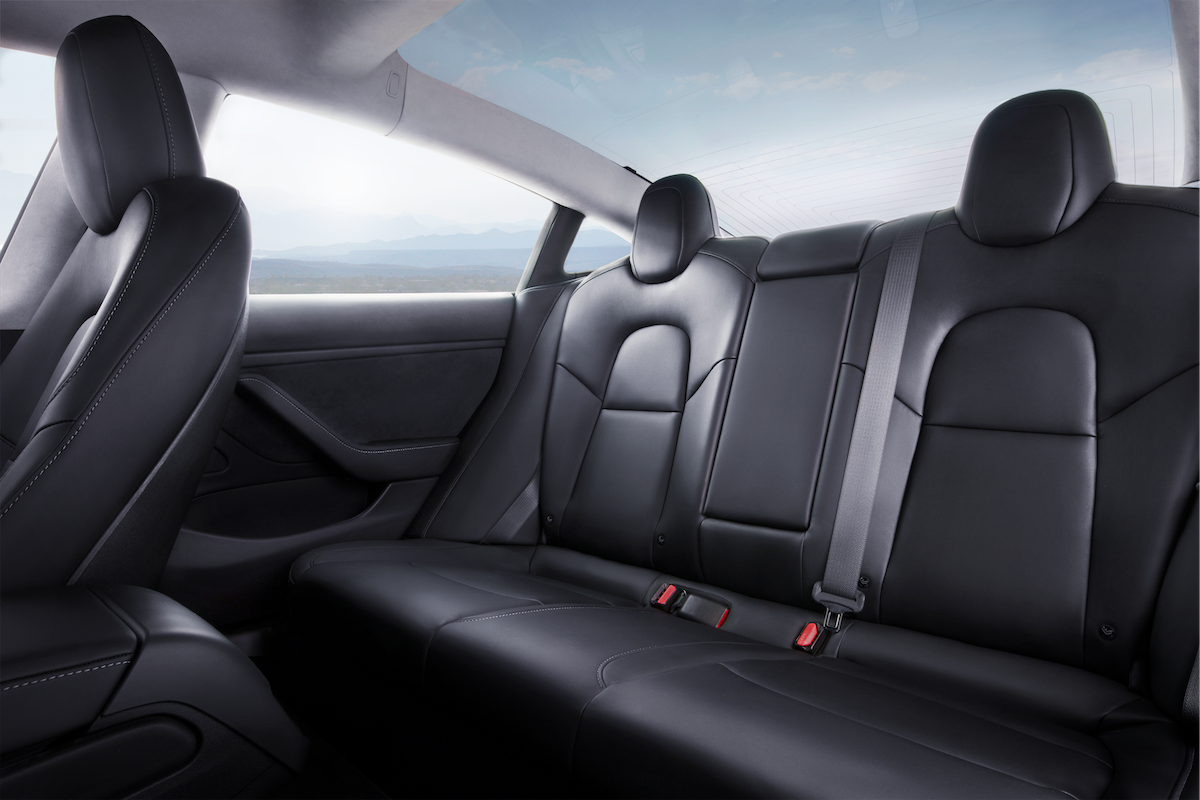 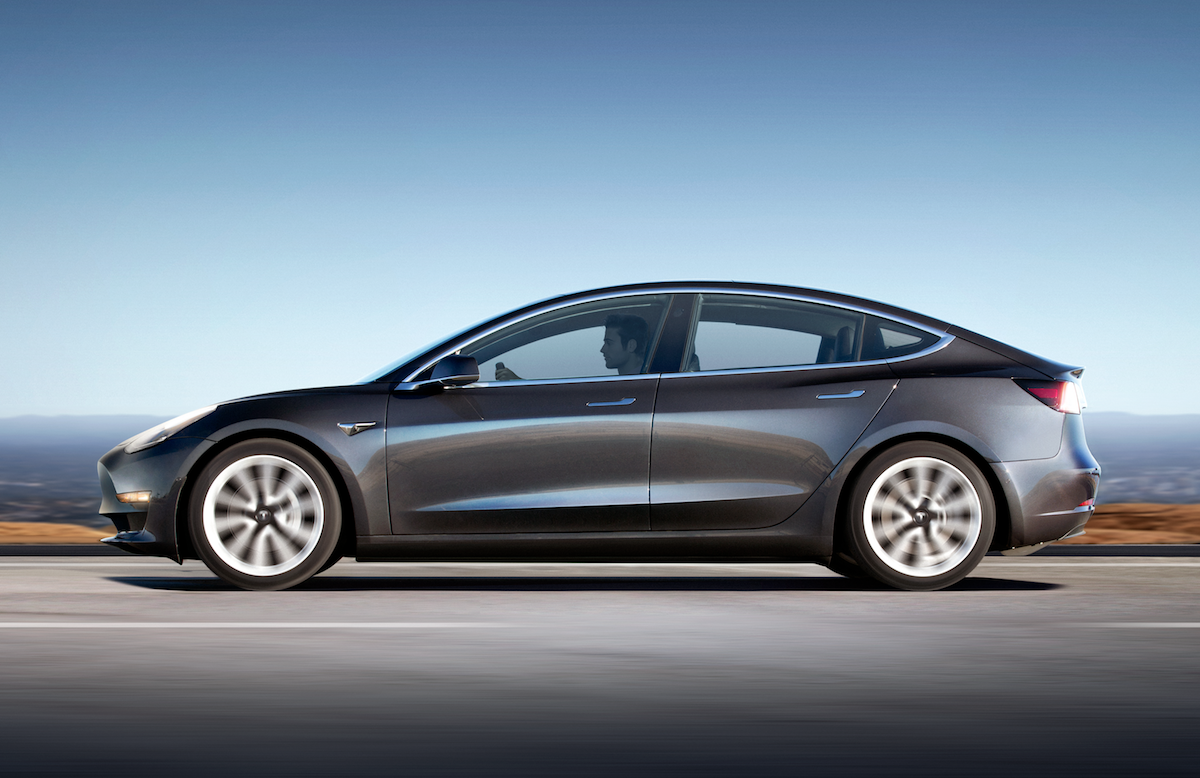 A Tesla Model 3 will be one of the cheapest executive cars you can run, whether you’re a company car user or retail buyer. Charging it on an average domestic electricity tariff will cost around £8.50 for the Standard Range Plus or £10.50 for the Long Range or Performance model. Many tariffs allow for much cheaper charging overnight, which could more than halve that cost and is easy to do using the Tesla’s timed charging function. You could also use the phone app, which also gives control of the charging, pre-set cabin temperatures and more. Even without cheaper off-peak charging, ‘fuelling’ the Model 3 costs under 4p per mile, which is less than half what it would cost to fuel a diesel car doing 55mpg, or a third of what you’ll pay for a petrol car doing 40mpg.

Charging a Model 3 at a Tesla Supercharger or public rapid charger will cost more like 24p to 30p per kWh, or around £12 for 100 miles of range.

Plug-in hybrid alternatives like the BMW 330e and Mercedes C300e will get closer to the Tesla’s fuel costs, but only if they’re routinely run on battery power rather than petrol, which is a rarity with these executive PHEVs given their short zero-emission ranges.

The Model 3 is free of Vehicle Excise Duty and gets free entry into the London Congestion Zone. It’s also exempt from the ‘premium tax’ that petrol, diesel or even hybrid rivals – such as the Lexus ES – costing over £40,000 are subject to. That’s a saving of £1,600 straight away, since the tax consists of five payments of £320 through years two to six of ownership.

Insurance costs will be high on the Tesla Model 3, though. It falls into insurance groups between 48 and 50 – 50 being the highest there is – so you’ll pay more to insure the Tesla than you will for a BMW 330e, which falls into groups 33 and 34.

Service intervals are variable in the Model 3, and the car will tell you when it needs attention.

Depreciation is currently almost non-existent on the Model 3 since demand is outstripping supply, but it will certainly start to drop in value gradually since there are big numbers of cars now being delivered and starting to trickle onto the second-hand market. Even in years to come, the way other Tesla models have held their value suggests that the Model 3 will be worth far more than traditional petrol or diesel alternatives. 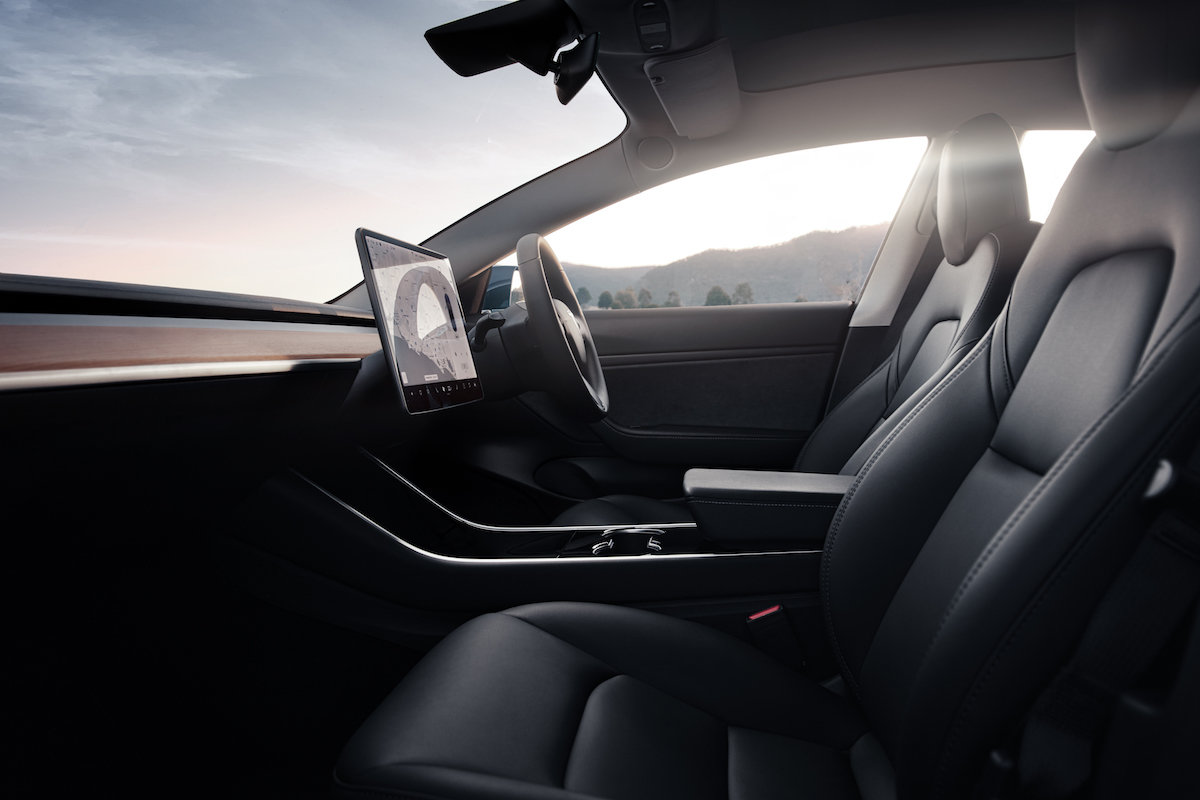 Electric cars are typically more reliable than petrol and diesel cars because they have far fewer moving parts, and the batteries and motors in Tesla cars have a great reputation for reliability. Less great is a reputation for slightly questionable build quality and software issues. In fact, despite very few issues with its powertrains, Tesla came last for reliability in the JD Power survey of 87,000 American motorists in 2020. Conversely, Tesla fared very well for reliability in the What Car? 2019 Reliability Survey, where it came fourth, behind only Lexus, Toyota and Suzuki.

Ultimately, the only thing to read into this disparity is that it’s incredibly unlikely that a Tesla Model 3 is going to leave you stranded, but it does seem that you’re more likely to experience niggling issues with door seals, glove boxes and other ancillary frustrations.

Tesla’s standard warranty covers the Model 3 for four years and 50,000 miles, which is disappointing in terms of mileage, if better than many rivals for duration. The batteries are covered by an eight-year, 100,000-mile warranty that also protects against loss of performance.

Don’t fret about having to replace batteries in the future after the warranty expires; EV batteries have proven very durable over the last decade or so of mainstream use, and Tesla batteries are widely thought to be the best on the market for retaining performance over high mileage. You’ll find Tesla Model Ss out there with 200,000 miles and counting on the original battery pack, typically with around 80% of the as-new driving range still on offer. 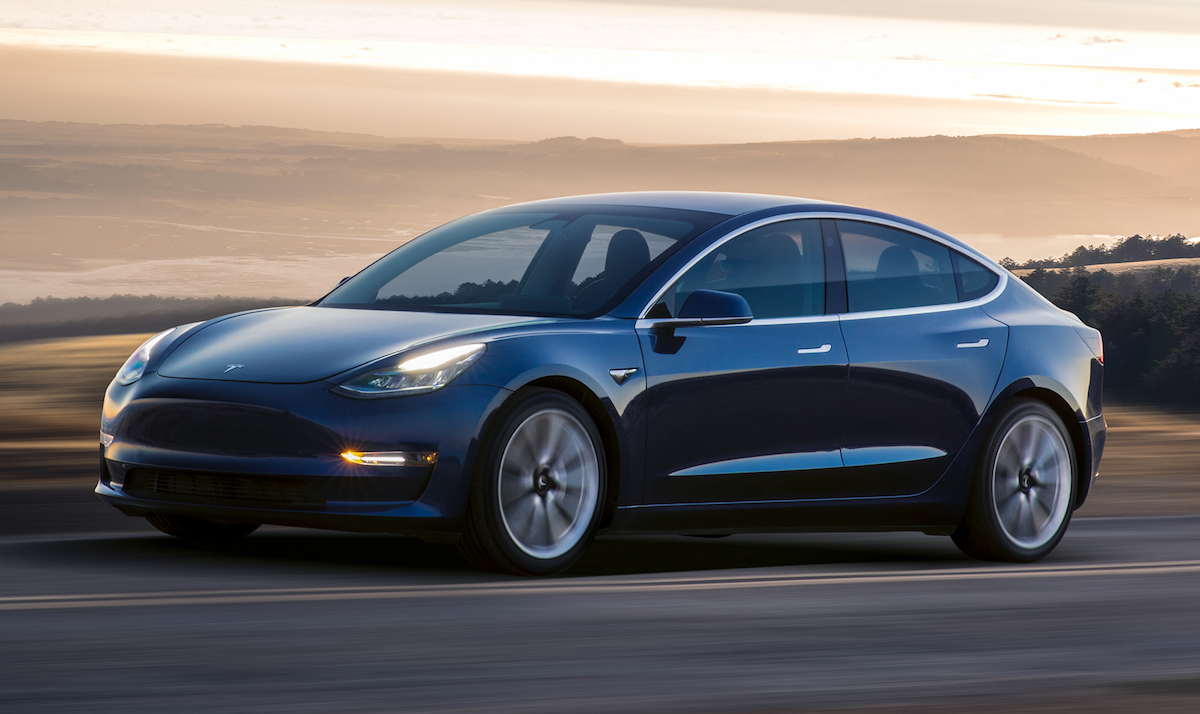 On balance of price, driving range and ownership experience, the Tesla Model 3 is one of the very best premium electric cars out there are the moment. It doesn’t just set a new benchmark for established executive saloons like the Audi A4 and BMW 3 Series, it throws down a challenge to those manufacturers to build a pure electric car that can even compete with the Model 3. Currently, only the Polestar 2 can hold a candle to it.

That's not to say that the Model 3 is faultless, nor that forthcoming pure electric vehicles like the BMW i4 mightn’t beat Tesla at its own game. We’d like to see further improvements in build quality, and a head-up display and alternative steering wheel – even as options to the range – would be very welcome additions.

Even so, the Model 3 is a remarkable car that, for many motorists, will be as beneficial to the bank balance as it is to the planet. It’s one of those rare cars that appeals to the head as well as the heart, so whether you’re buying new or used, it promises to be a great experience.

Search for a Tesla Model 3 for sale on CarGurus.

Michael wish I could afford one