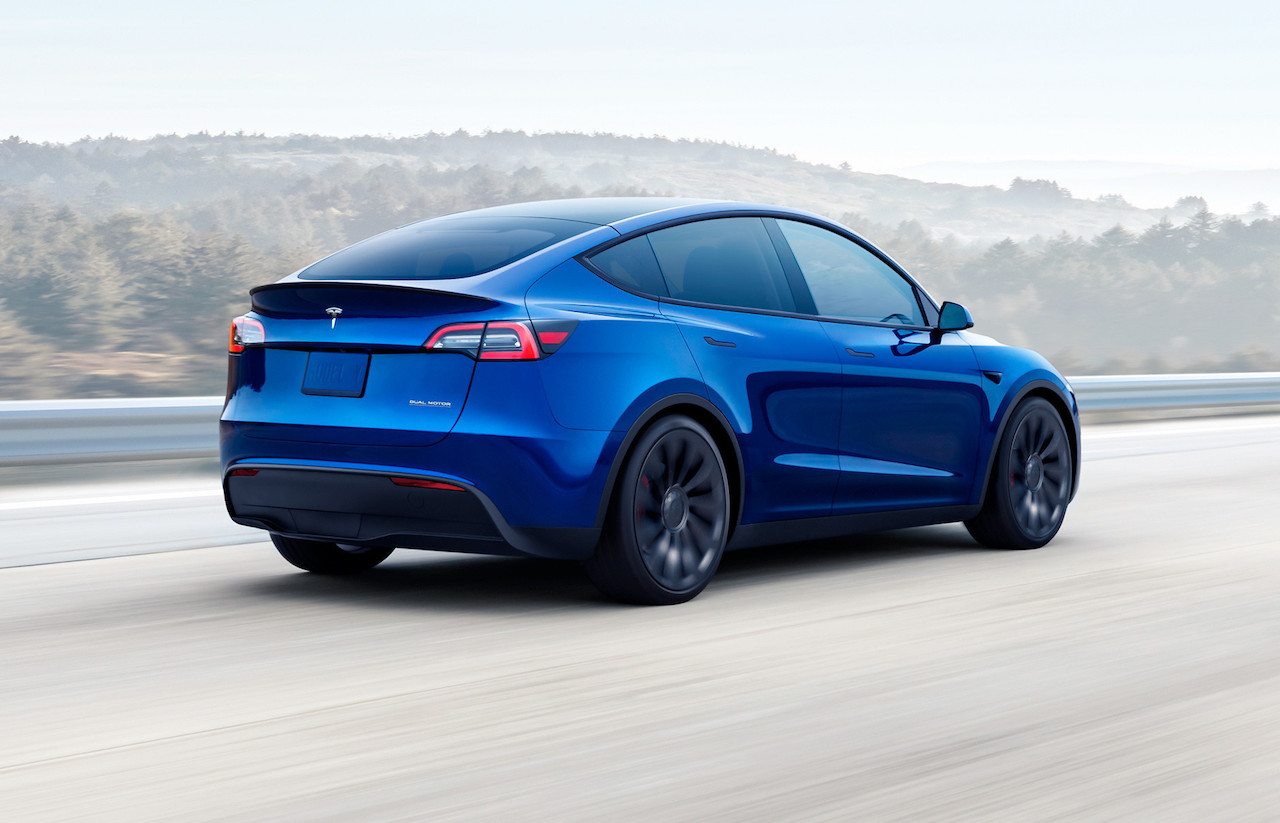 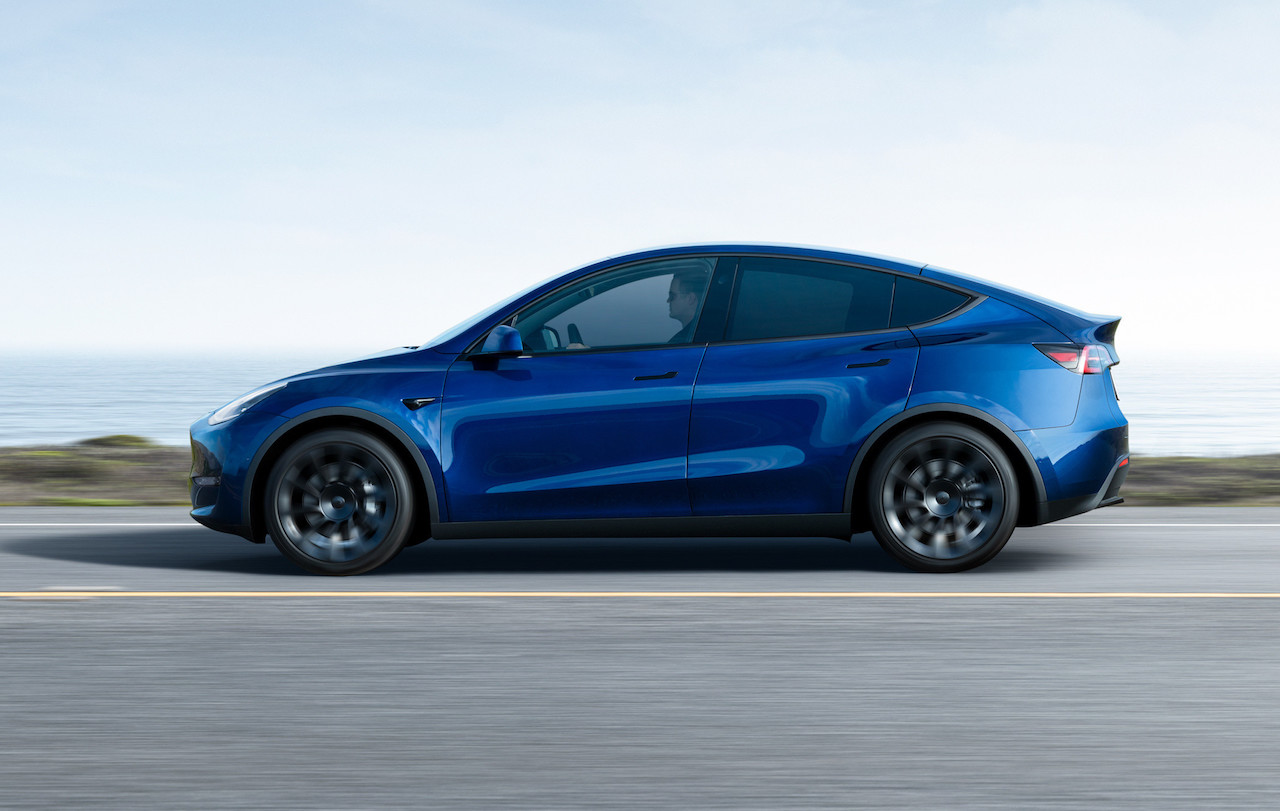 The Tesla Model Y is a roomy, pure electric, family SUV version of the Tesla Model 3. It has an official driving range of between 293 and 315 miles, charges quicker than most of its rivals, offers storming performance and comes with masses of standard equipment. Tesla isn’t the default electric vehicle it once was, but this remains one of the best all-round electric family SUVs, despite the influx of competition. 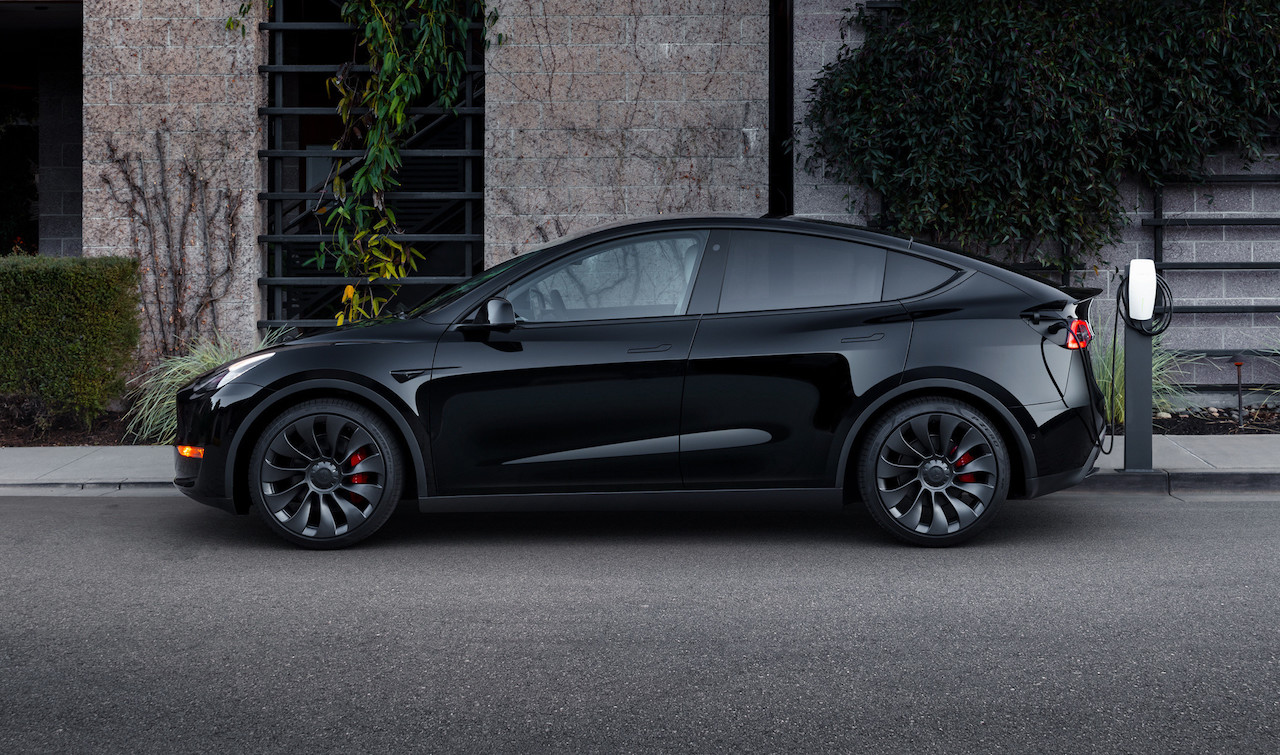 What is the Tesla Model Y?

The Tesla Model Y is an electric, mid-sized family SUV that comes with five seats as standard. Tesla says a seven-seat version will eventually join the UK range, but has yet to confirm when it will go on sale.

The Tesla Model Y is offered in two different variants, the Long Range or the Performance. Both have dual motors that deliver permanent four-wheel drive, and have the same lithium-ion battery pack, but the Long Range has a bit less power, so it will hit 62mph in a 'mere' 4.8sec, rather than the hilariously unnecessary sprint time of 3.5sec in the Tesla Model Y Performance.

That more modest power in the Long Range means it has an official WLTP range of 315 miles, while the Performance manages 298 miles. Alternatives like the Ford Mustang Mach-E and Audi Q4 e-tron will go a little further on a single charge, but real-world efficiency is a strong point with most Teslas, and the Model Y is no different. It’ll get close to that claimed figure in the summer, even with some sedate motorway miles, while in the winter it’ll likely do between 200 and 250 miles, depending on driving conditions. Not only that, but the Tesla has the advantage of access to the fast, reliable and widespread Tesla Supercharger network, which is why we’d still rate this as the best option for high mileage drivers looking for an electric family SUV.

The Tesla Model Y is based on the Tesla Model 3, offering a more practical take on that compact executive car. It’s not Tesla’s first SUV: that honour belongs to the much bigger Tesla Model X, but the Model Y is a more affordable way into a family-appropriate Tesla. It’s not without competiton, though, since it competes with cheaper alternatives like the Skoda Enyaq iV (that recently won our Electric SUV Megatest) and more hatchback-like Kia EV6, to pricier, premium alternatives like the BMW iX3 and Jaguar I-Pace.

The Model Y is one of the most practical cars in its class, with space to spare for those in the back and the front. Standard electric seat adjustment and heated seats help to make the driver and front passenger comfortable, and there’s masses of leg- and headroom for even the tallest of occupants to get comfortable, provided they’re happy with a fairly high-set, SUV driving position. Perceived quality is fine in the Tesla, with the very minimalist dash feeling solid and looking smart, with the air vents hidden in a crease in the dash and a nice combination of materials around the cabin. The BMW iX3 or Jaguar I-Pace certainly feel leagues above it in terms of material finish and aesthetic appeal, but they are also more expensive to buy.

Those in the back of the Tesla Model Y also have plenty of legroom, and even a middle occupant will have lots of room for their feet, thanks to the flat floor. Headroom in the Tesla Model Y’s back seats isn’t quite as generous as in the Ford Mustang Mach-E, Skoda Enyaq iV and BMW iX3, but it’ll still be comfortable for all but the tallest of adults.

Boot space is good. There’s a wide, long boot floor with underfloor storage, while the wide boot aperture makes loading big items easy. That sloping roofline does mean the boot is a little shallower than in boxier rivals such as the Volkswagen ID.4 and Skoda Enyaq iV, which is why we’d suggest that the forthcoming seven-seater is likely to only be suitable for children in the third row.

The Tesla Model Y goes a long way to making up for that comparably shallow boot with its 'frunk', a convenient storage space under the bonnet of the car that's ideal for keeping charging cables safe and out of the way.

The rear seats fold flat via button releases in the load-bay to leave an extended, flat floor that’ll make carrying the occasional long item fairly easy. You can also tow a braked trailer of up to 1,600kg with the Tesla Model Y, and a tow bar is available as a dealer-fit accessory.

The Tesla Model Y is fast, as we’ve said. There is a proper thrill in the point-and-shoot ferocity that the Model Y delivers with its grippy, neutral handling and fairly shocking acceleration – and that’s in the Long Range version that we tested, rather than the even more aggressive Performance version.

The steering feels nicely weighted and direct, giving you plenty of confidence in fast corners or in the daily urban muddle, but it isn’t the playful, engaging handling of the Jaguar I-Pace, and even the BMW iX3 and Ford Mustang Mach-E are a bit more fun. If anything, a slimmer, more tactile steering wheel would be a good place to start if Tesla wanted to make the Model Y more engaging.

Still, the Tesla Model Y is really enjoyable to drive, whatever the conditions, and four-wheel drive makes it a good bet for all-weather peace of mind. By far its biggest problem is the ride, which is very firm and too harsh for a family SUV. It settles down on the motorway, but around town or on a country road, you’ll struggle to forgive its choppy and brittle nature.

Brake regeneration is adaptive, and you can’t change how heavy it is, but the car slows down very smoothly as you lift off the throttle and feels predictable and reassuring whether you’re around town or on a clear road. You can just forget about it and let it do it’s own thing.

Refinement is great, with very little wind noise or motor whine, even if there’s a bit more tyre noise in the Tesla Model Y than you get in the BMW iX3.

Tesla is famous for its semi-autonomous technology, and you get one of the most advanced adaptive cruise control systems on the market as standard on the Model Y. However, if you want to be able to execute lane changes autonomously (you still tell the car when to change lane via the indicator stalk), and for the car to react to the directions on the nav and offer an auto-park function, you must pay £3,400 for the Enhanced Autopilot system. If you want to fully ‘futureproof’ the car, £6,800 gets you all of these functions plus the ability to react to traffic lights, stop signs and more, and to have free upgrades as future autonomous driving tech becomes available.

The Tesla Model Y has a large, landscape touchscreen set high on the dash, which serves as your speedo, as well as the controls for the headlights, steering wheel and side mirror adjustment, glovebox release, windscreen wipers, drive modes and more. It’s your portal to everything on the car, and it is generally quite easy to find the function you’re after and make any adjustments. The graphics are great, the nav is intuitive and shows nearby chargers and live data on how many sockets are available, and you can stream or play music from your phone easily. There isn’t Apple CarPlay or Android Auto, though, and while you get a year’s free live traffic updates, you must pay a subscription after that.

The Tesla does feel like it would benefit greatly from a head-up display to show the speed and some basic essential info directly in the driver’s line of sight, but you do get used to viewing the digital speed readout that’s positioned permanently in the top corner of the central touchscreen. 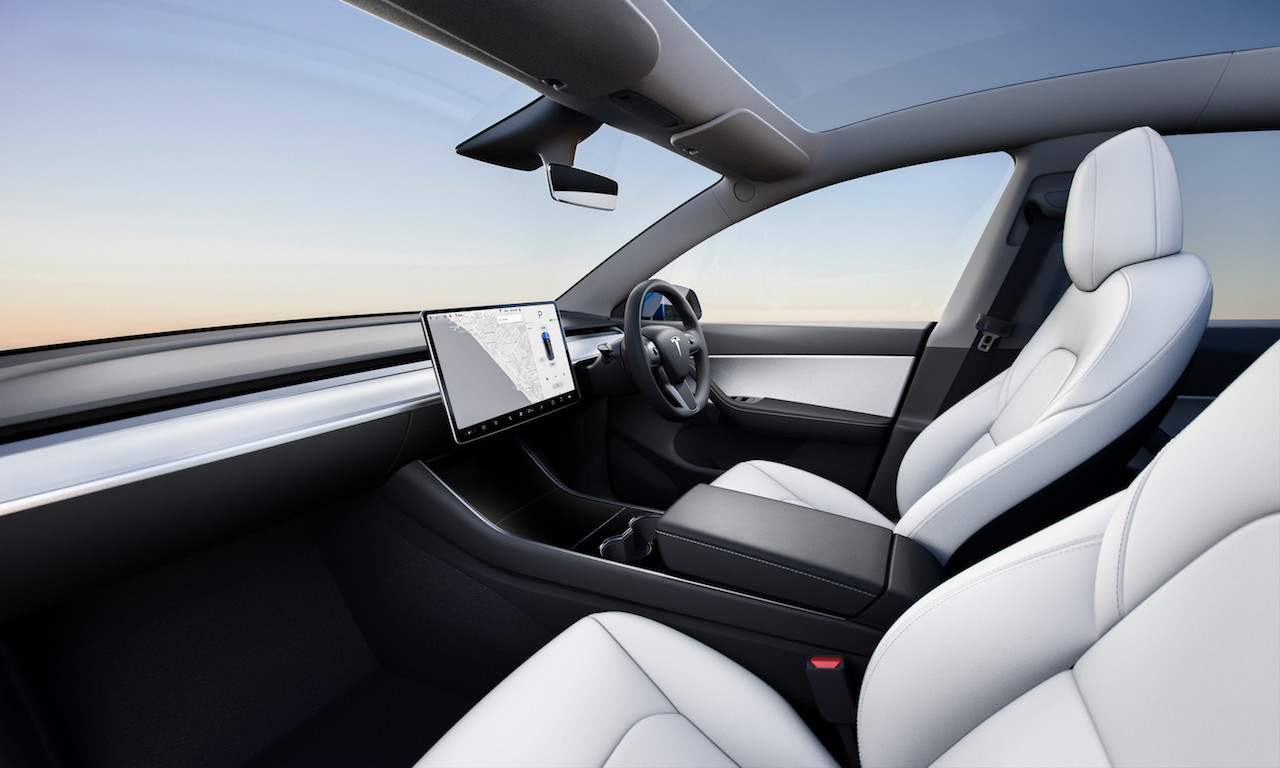 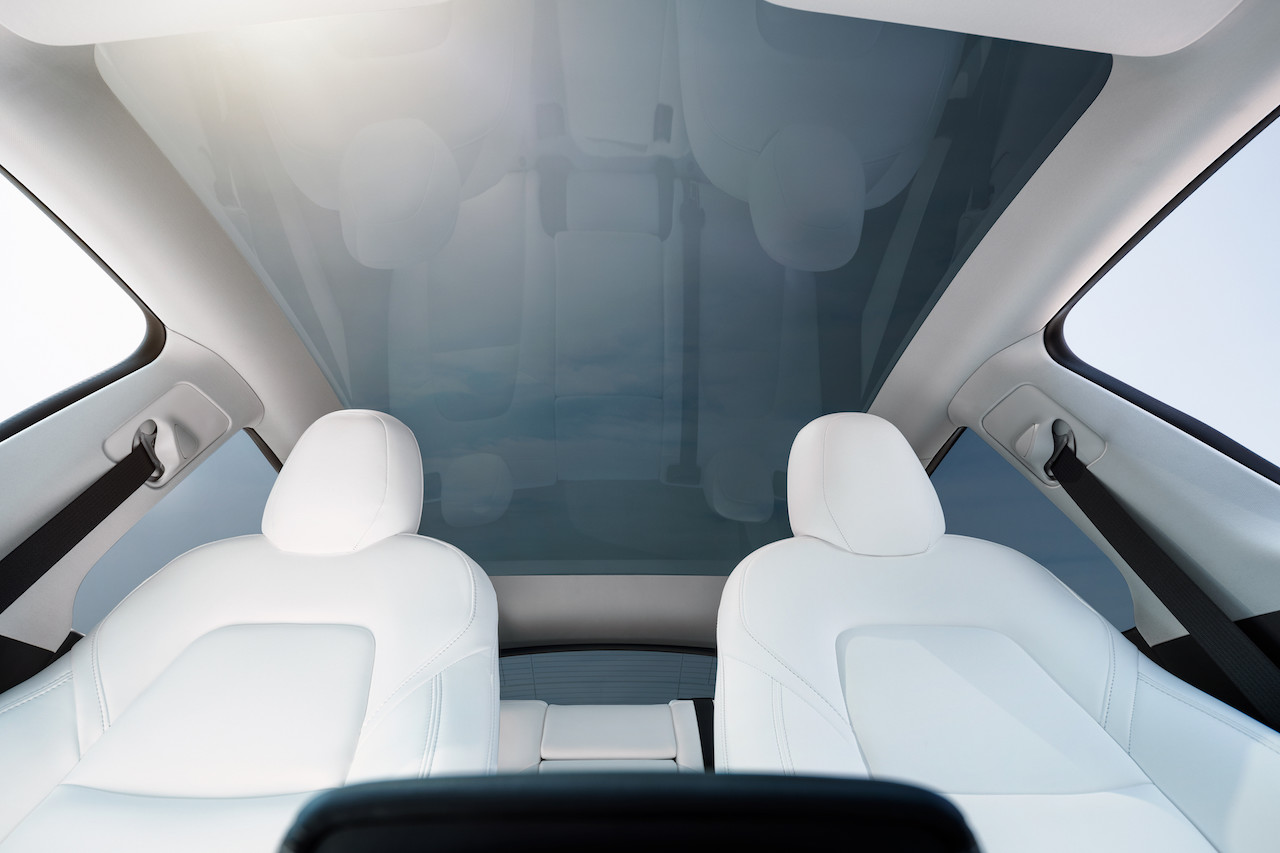 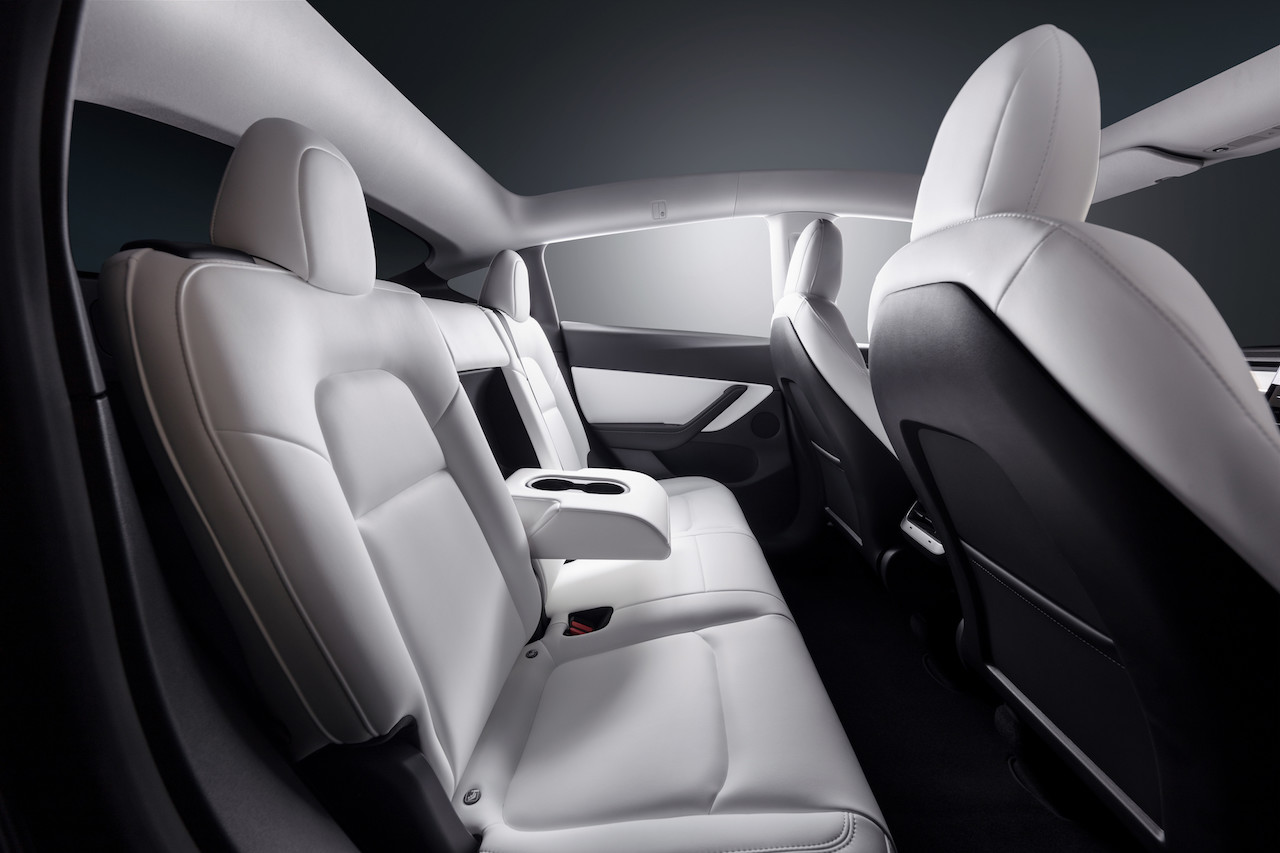 Electric cars are much cheaper to fuel than petrol or diesel cars. A full charge in the Tesla Model Y will cost around £11 (regardless of which model you go for) on a standard domestic electricity tariff, and you can also cut that by as much as half if you use cheap, off-peak tariffs. This is easy to do with the Tesla phone app’s remote, which makes it easy to set time parameters for the car’s charging, as well as cabin pre-conditioning. The Tesla Supercharger network also provides cheaper on-the-go electricity than many other third party rapid chargers, often charging around 24p per kWh as opposed to the circa 40p per kWh that you’ll pay with many other providers.

Given that the Tesla is also quite efficient by the standards of powerful family cars, you’re going to be paying a third or less to fuel the Model Y than you will an equivalent petrol or diesel mid-sized SUV such as the Audi Q5 or BMW X3.

Other electric alternatives to the Tesla Model Y, including the Ford Mustang Mach-E, BMW iX3, Hyundai Ioniq 5, VW ID.4 and more, will offer similar fuel costs, but a number of these are cheaper to buy yet offer similar if not greater interior space. The Skoda Enyaq iV remains our favourite electric family SUV for anyone looking to keep purchase costs down, as well as running costs. Having said that, by any standard the Tesla is still very fair value for a premium car with so much standard equipment and technology, not to mention a long driving range and great family practicality.

Teslas have historically held their value extremely well, and if high demand for the Tesla Model 3 is anything to go by, used examples of the Model Y will lose value slowly and sell easily. 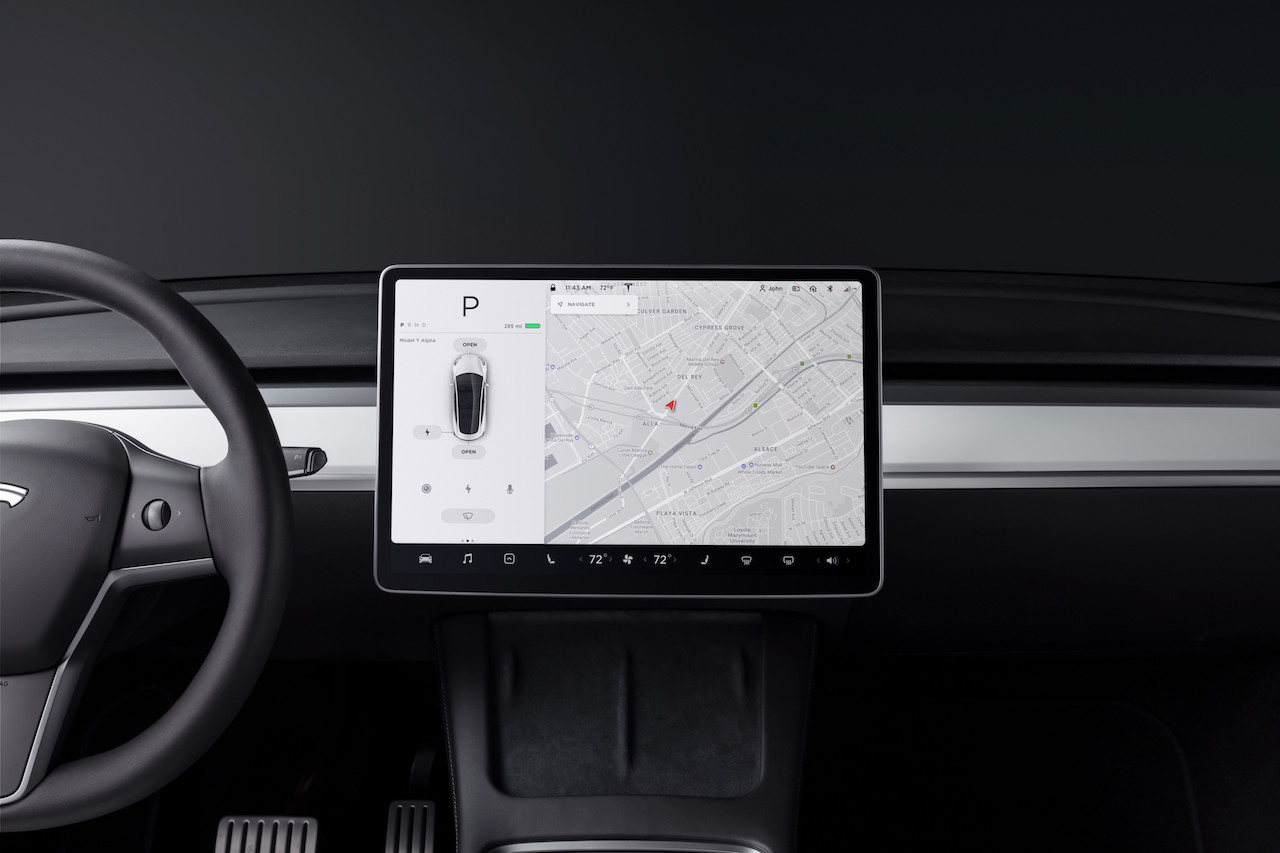 The Tesla Model Y's powertrain should prove reliable. Electric cars are statistically a lot more reliable than petrol or diesel since they have far fewer moving parts. However, Tesla does have a rather hit-and-miss record for build quality. The 2021 Driver Power survey found that owners loved the performance, tech and low running costs, but 42.6% of respondents reported an issue with the build quality of their car. The Tesla Model 3 – with which the Tesla Model Y shares many components – came a middling 5th out of eight electric cars included in the 2021 What Car? used car reliability survey’s electric car category. Many of the issues were with trim or software, very few of which made the car undriveable.

It’s worth pointing out that there are fewer Tesla service centres than there are dealers for most other major manufacturers, so you may have to travel further for a repair. 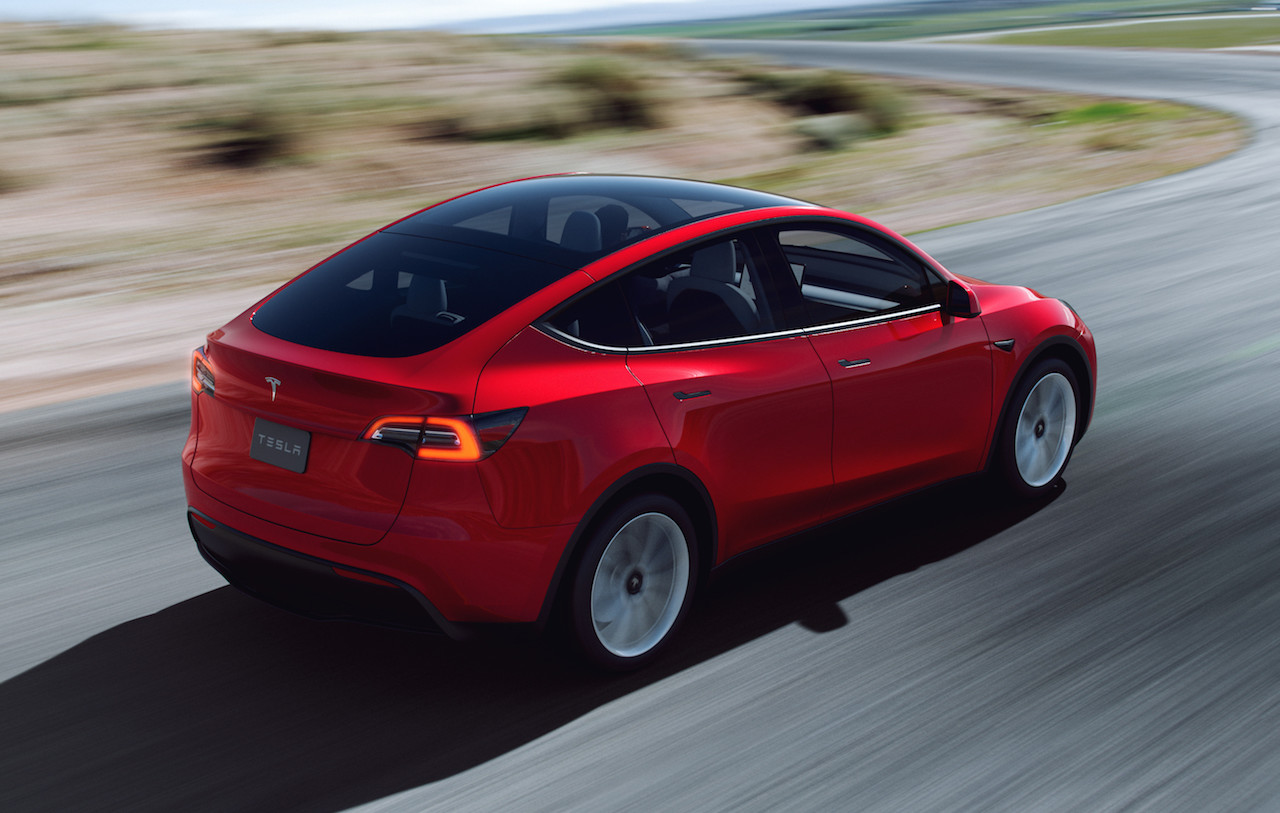 If you can live with the ride comfort, the Tesla Model Y is a brilliant electric family car; spacious, confident to drive and stuffed with technology. It’s also competitively priced next to other rapid, premium electric SUVs, promises to hold its value better than most, and will be one of the best touring EVs thanks to the rapid charging speeds and access to the excellent Tesla Supercharger network.

There are cheaper electric alternatives that offer similar driving range – look to the Skoda Enyaq iV, VW ID.4 and Ford Mustang Mach-E - and there are rivals in a similar price arena that are more fun to drive and have a classier finish, such as the BMW iX3 and Jaguar I-Pace. In short, Tesla is no longer the default option that it might have been until recently. But, it is still one of the most comprehensive pure electric family SUVs out there, and should be near the top of the shortlist if you’re considering an EV in this price range.