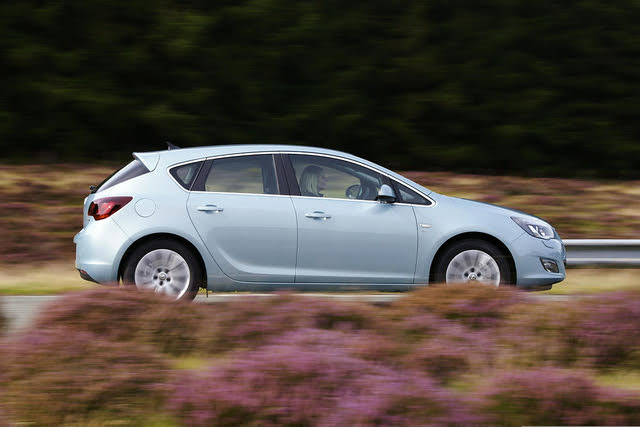 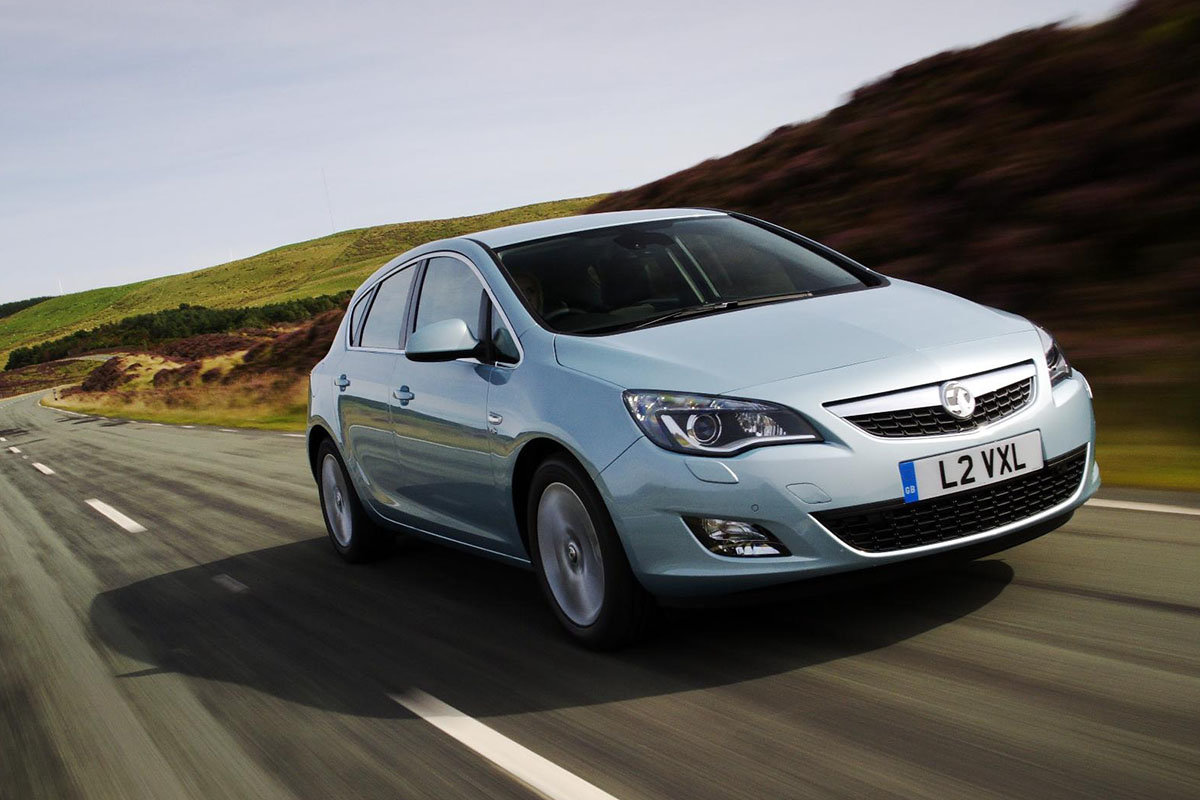 Look beyond the Vauxhall Astra’s slightly dreary reputation, and you’ll find a car of surprising talent, about which there’s plenty to like, even if it isn’t quite as sharp as a Ford Focus or as well-made as a Volkswagen Golf. Low prices make it sensational value, too, and there are plenty of top-spec examples around with loads of toys for relatively little cash. 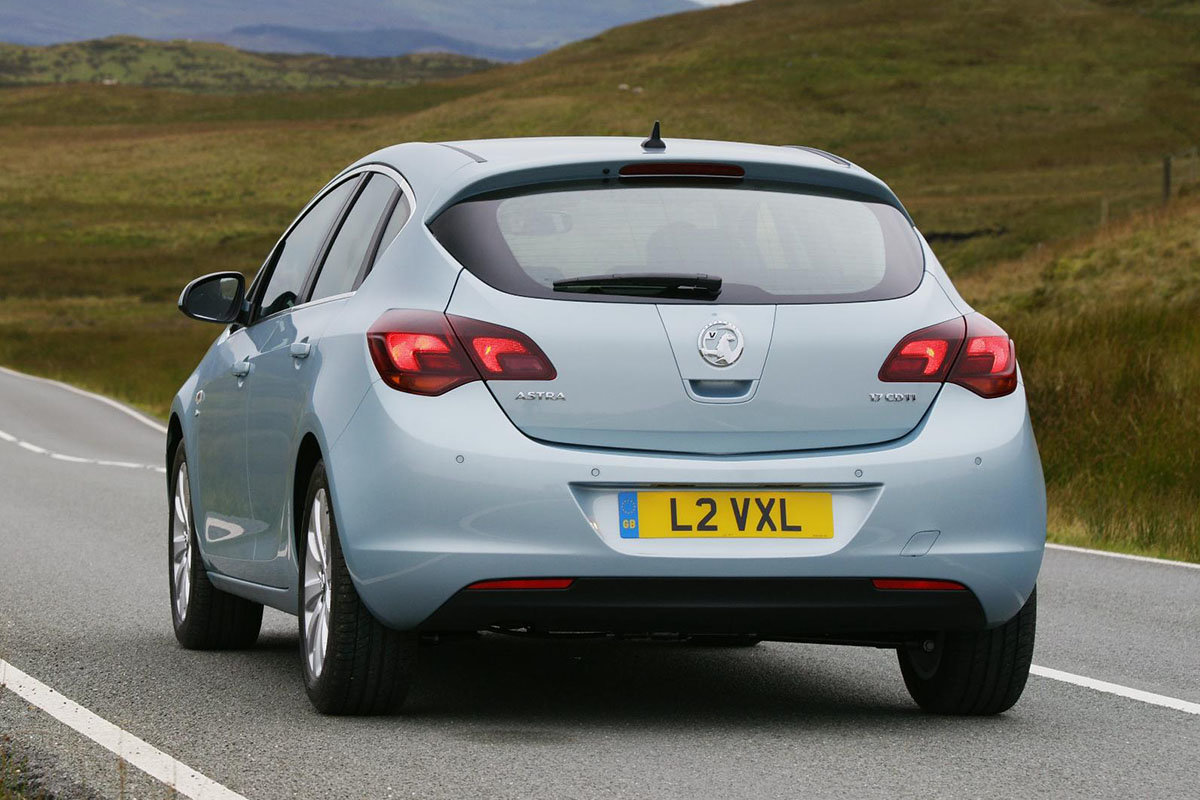 Let’s face it: no family car is really bedroom wall material, but even among medium-sized hatchbacks the Vauxhall Astra’s image is a little bland. Suffice it to say that its reputation as a steady, sensible, middle-of-the-road family car means that while few people loathe it, relatively few people love it either.

As a new car, the Astra is hamstrung by the fact that its resale value drops off fairly steeply. But buy one that’s a few years old – as this sixth-generation car now is – and you’re on the opposite end of that bargain; in other words, you get a car that’s much cheaper than its rivals.

“Ah, but surely you get what you pay for,” you’re now saying. Well yes and no. It’s true that inside, the Astra mk6 isn’t quite as smart as the pricier Volkswagen Golf. But it gets closer than you might think; while there are cheaper plastics to be found lower down in the interior, the bits you touch – the switches, stalks, steering wheel and gear shifter – all feel slick and pretty classy. There are lots of buttons, mind you, so finding your way around can be a bit of a challenge at first.

It’s also true that the Astra isn’t quite as much fun to drive as the contemporary Ford Focus; it just lacks that extra level of involvement and adjustability in the chassis. But it is at least safe, predictable and comfortable, taking the sting out of potholes and coping well with bumps around town. It feels stable, secure and pretty quiet when you’re up to speed on the motorway, too.

There’s plenty of space inside in the standard five-door hatchback (the three-door GTC model is a little more cramped, mind you). Again, not quite as much as you’ll find in a VW Golf, but more than enough for two adults up front, and two children in the rear seats. The boot’s a good size, too, and the estate – badged Sports Tourer – offers a big, square luggage compartment with a low load lip and seats that fold flat, making it easier to slide in bulkier items of cargo.

There’s a huge range of engines to choose from, too – from the bargain-basement 1.4-litre petrol up to the fire-breathing 2.0-litre turbo fitted to the hot VXR version. In between, you’ll find fuel-sipping diesels, badged CDTi, and a lovely, but rare, 1.4-litre turbo that’s both punchy and surprisingly efficient.

The Astra model range is even more bewildering. Briefly, Expression is the most basic trim level, and best avoided; Design and Excite come next, and then Tech Line, a well-equipped version designed for fleet buyers. Then comes the sporty-looking SRi, which is probably the most popular version of the Astra, and the range tops out with the plush Elite version. You’ll find variations on these versions and several limited editions scattered throughout the Astra’s lifetime, too. 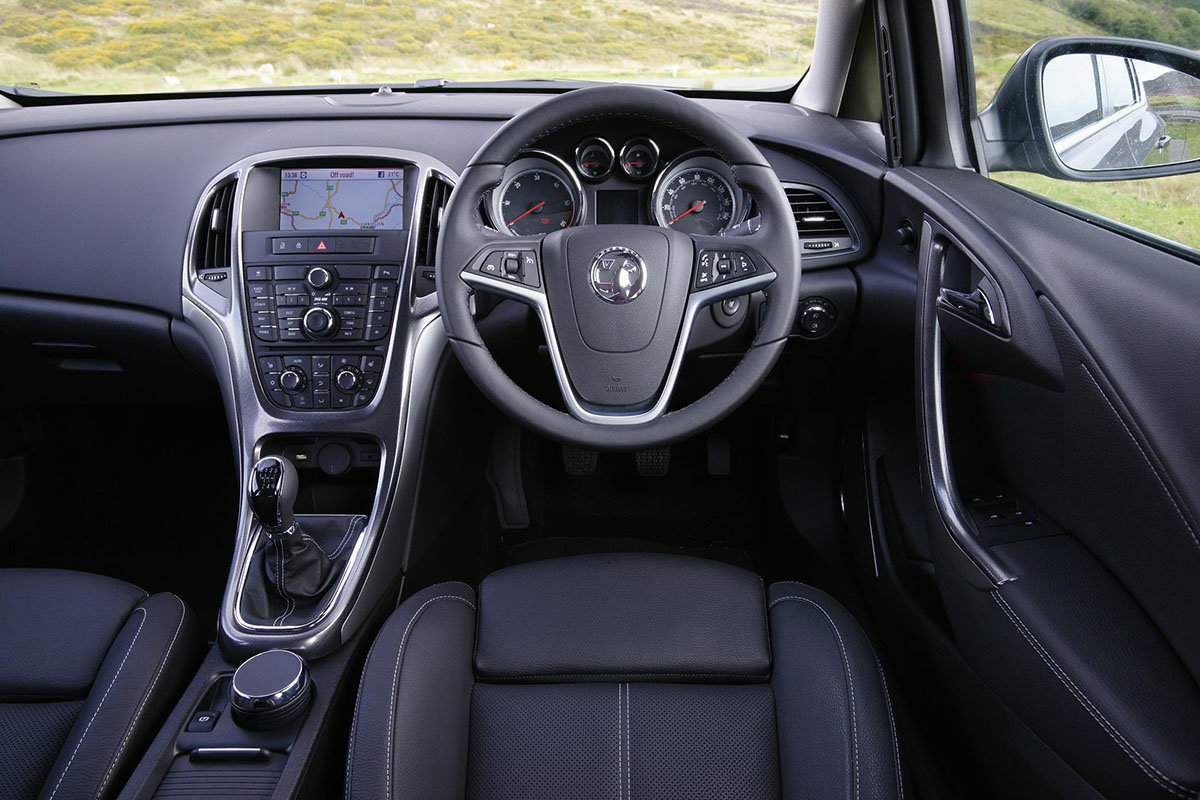 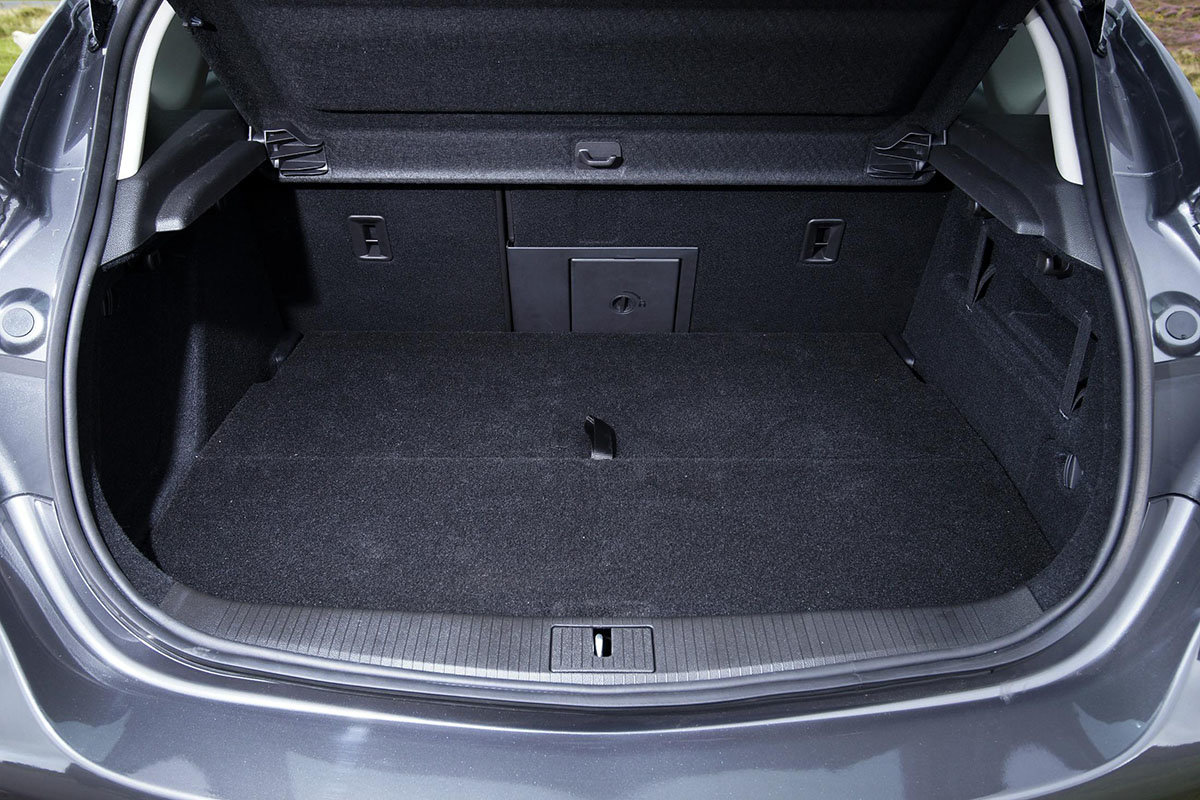 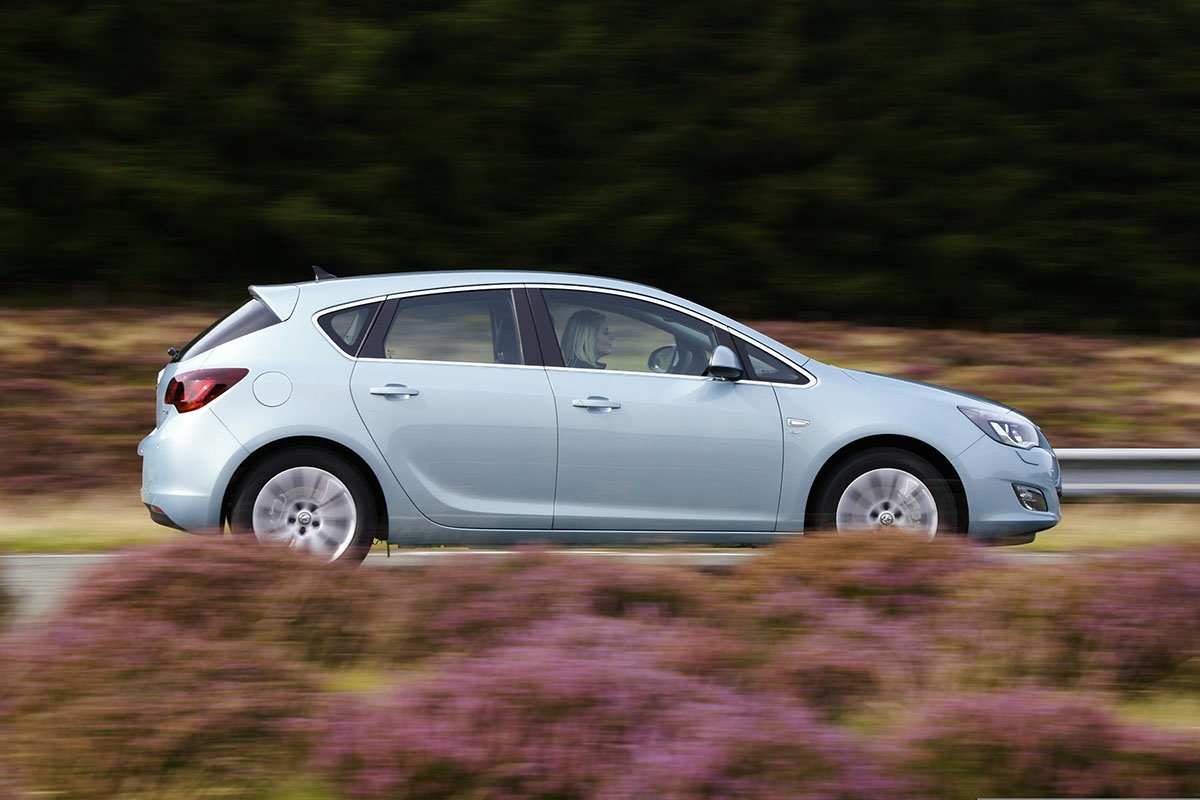 The Astra with the best fuel economy is the 1.6 CDTi 110 Ecoflex, with the optional start-stop function. It should be able to achieve more than 65mpg on average in daily use. That’s impressive by any measure, and all the more so given it’s actually more efficient than the weedier 1.3-litre CDTi Ecoflex.

If it’s a petrol model you’re after, the basic 1.4-litre is the most frugal, and should be able to manage 45mpg on average. However, keep in mind that the 1.4-litre turbo should come pretty close to that figure while offering a lot more power. Also worth noting is the fact that the automatic petrol option – only available on the 1.6-litre engine – is pretty poor, and increases fuel consumption considerably; don’t expect to see much more than 30mpg on average.

High fuel consumption equals high CO2 emissions, so it’s no surprise that the petrol auto is the most expensive Astra on road tax, too, save the VXR. Conversely, all of the diesel models should be very cheap indeed – the 1.6 CDTi 110 in particular falls below the 100g/km threshold for free tax.

Vauxhall offers a competitive, fixed-price servicing scheme for older cars, which covers the Astra. But if you don’t want to take your Astra to a Vauxhall dealer, you don’t have to; one of the good things about owning a Vauxhall is that they’re so common, and the mechanicals so tried-and-tested, that most garages can look after one. That means finding someone to service your car should be easy.

Astras with 1.4-litre petrol engines and 1.3- and 1.6-litre diesel engines come fitted with a timing chain; this shouldn’t need changing for the entire life of the car. However, the timing belts fitted to all other engines need changing every 10 years or 100,000 miles, whichever comes up first, and you’ll need to pay around £400 to have this done. 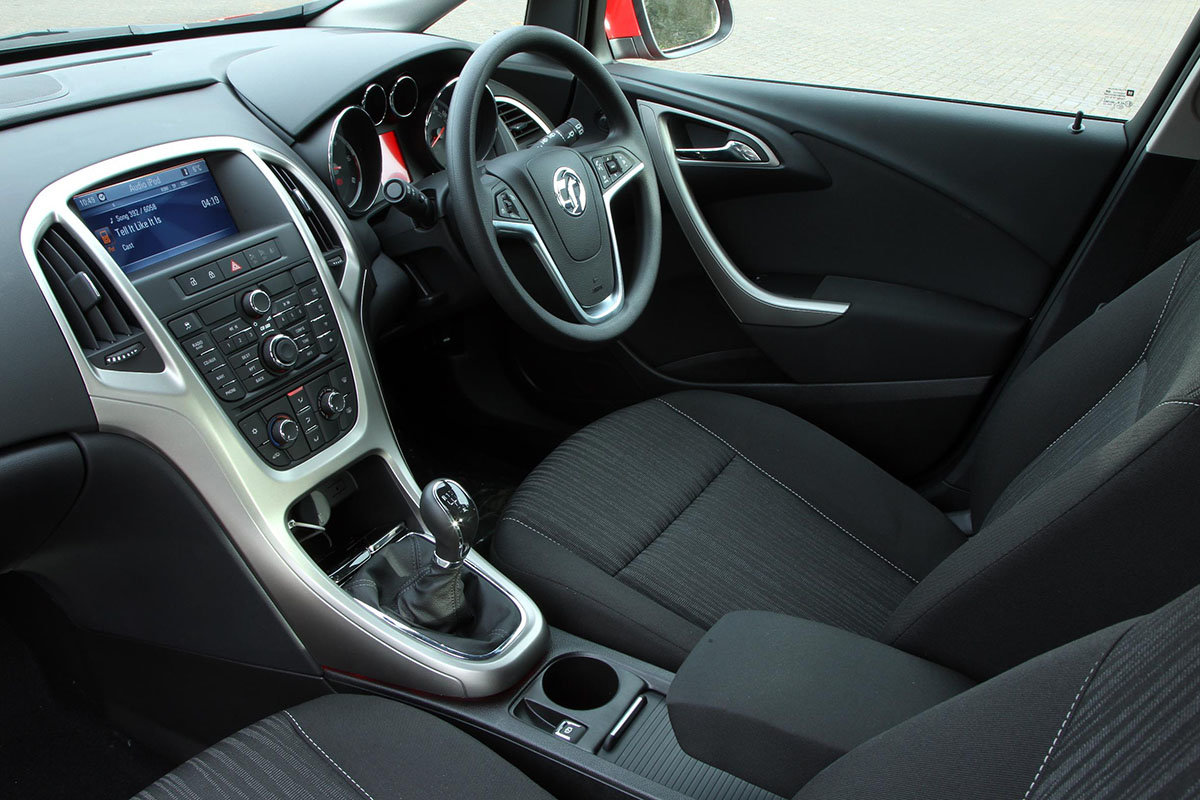 Unfortunately, the Astra doesn’t look to be the most reliable of cars; it’s consistently received below-average scores in recent reliability surveys.

Common problems you’ll have to watch out for include failing gearboxes – both the six-speed manual used on the 1.4-litre turbo, and the automatic gearbox on all models. On the manual, listen out for whines and check it slips into gear smoothly; on the automatic, make sure it changes gear when it should and there’s no jerkiness or erratic behaviour.

Diesel Astras have been known to suffer from clutch and dual-mass flywheel problems, so listen out for any strange noises when using the clutch pedal, and beware any cars that seem hesitant to start.

Check the alloy wheels of any prospective purchase carefully. The top layer of lacquer can peel off, resulting in an untidy look, reducing the protection of the paint finish, and potentially causing corrosion over time.

Astras are known for suffering with little niggling issues, which can manifest with lights on the dashboard or strange behaviour from the electrics out on the road. So make sure you go through any car you’re thinking of buying with a fine-tooth comb, and also be sure to check that all the dashboard lights come on, and then go out, when you start the car. 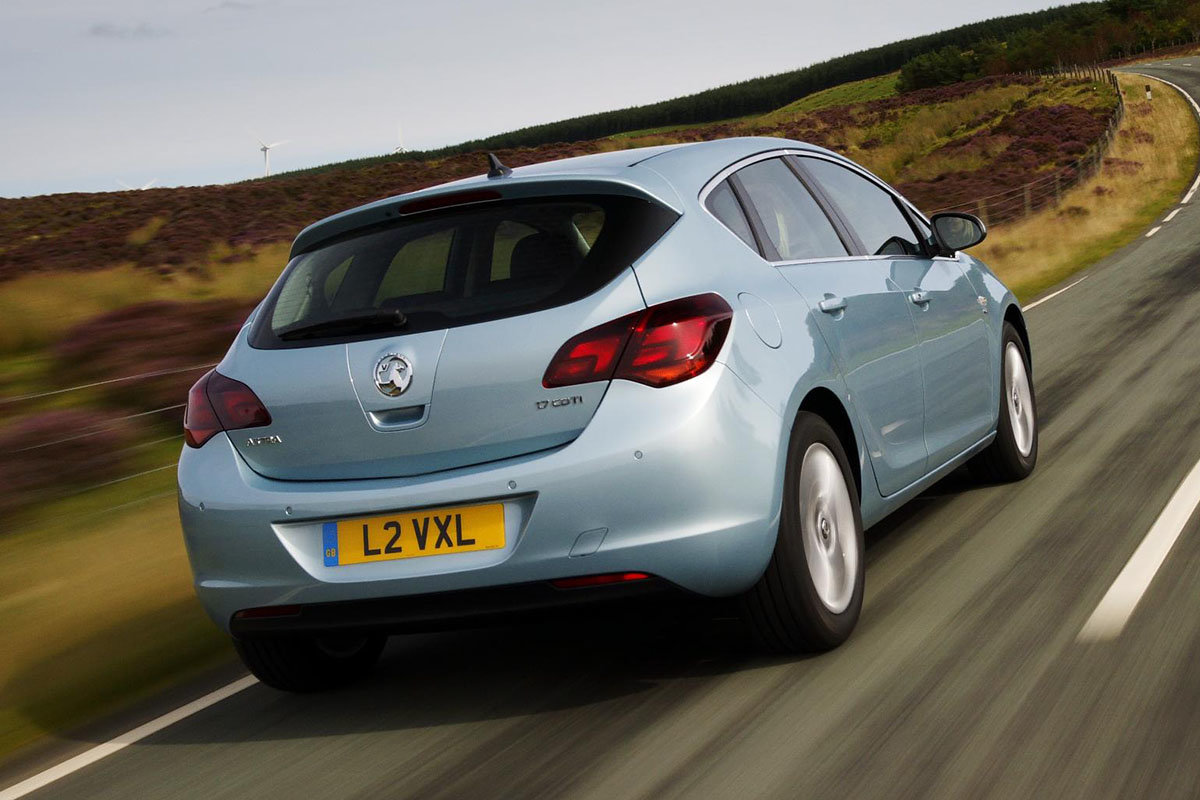 You might not aspire to own a Vauxhall Astra, but there’s no doubting how cheap used examples are to buy. Pick the right engine and specification, and you get a whole heap more car for your cash than you do with most of its rivals.

Downsides? Well, the most significant is a less-than-glowing reputation for reliability. It isn’t the best car in its class to drive, either, but it is comfortable, looks smart inside, and offers plenty of space for both driver and passengers, as well as in the boot. And if you choose the Sports Tourer estate model, you get even more practicality to play with.

In short, the Astra has lots going for it besides its low price – and that makes it not just cheap, but good value too.

Search for a Vauxhall Astra on CarGurus