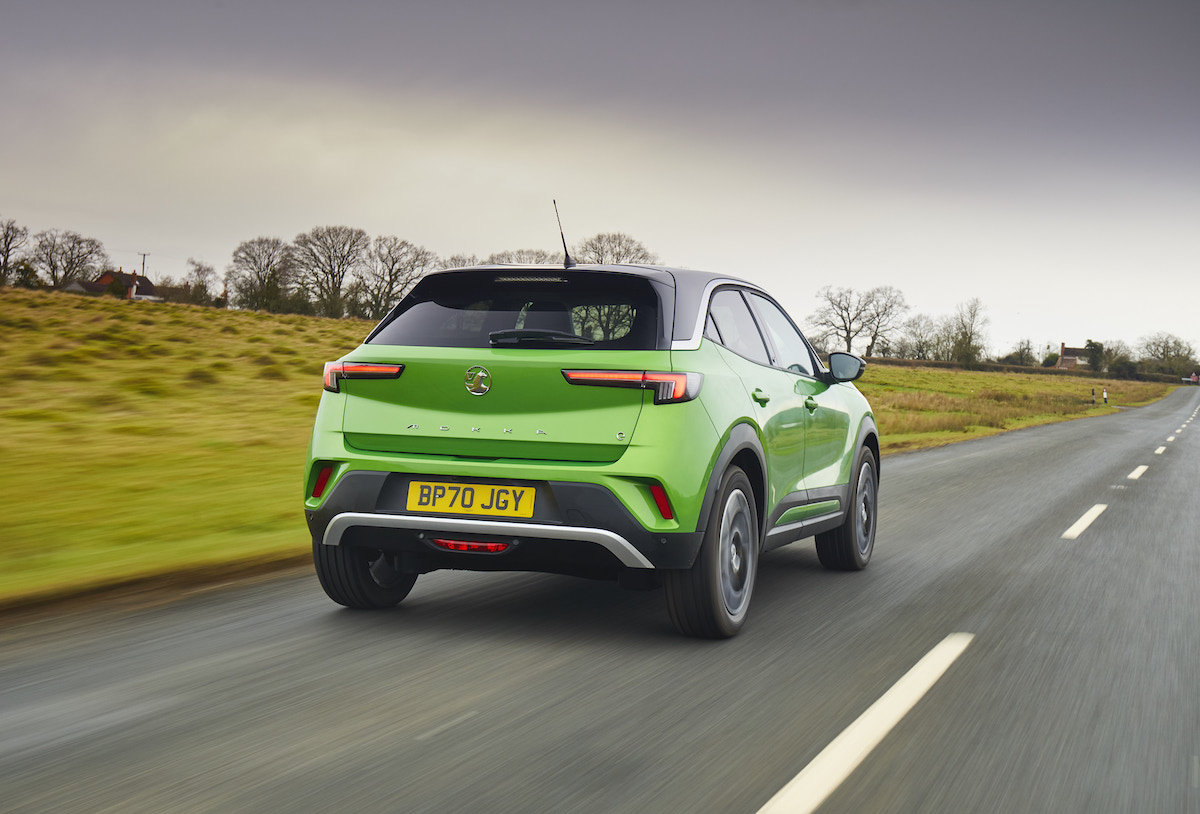 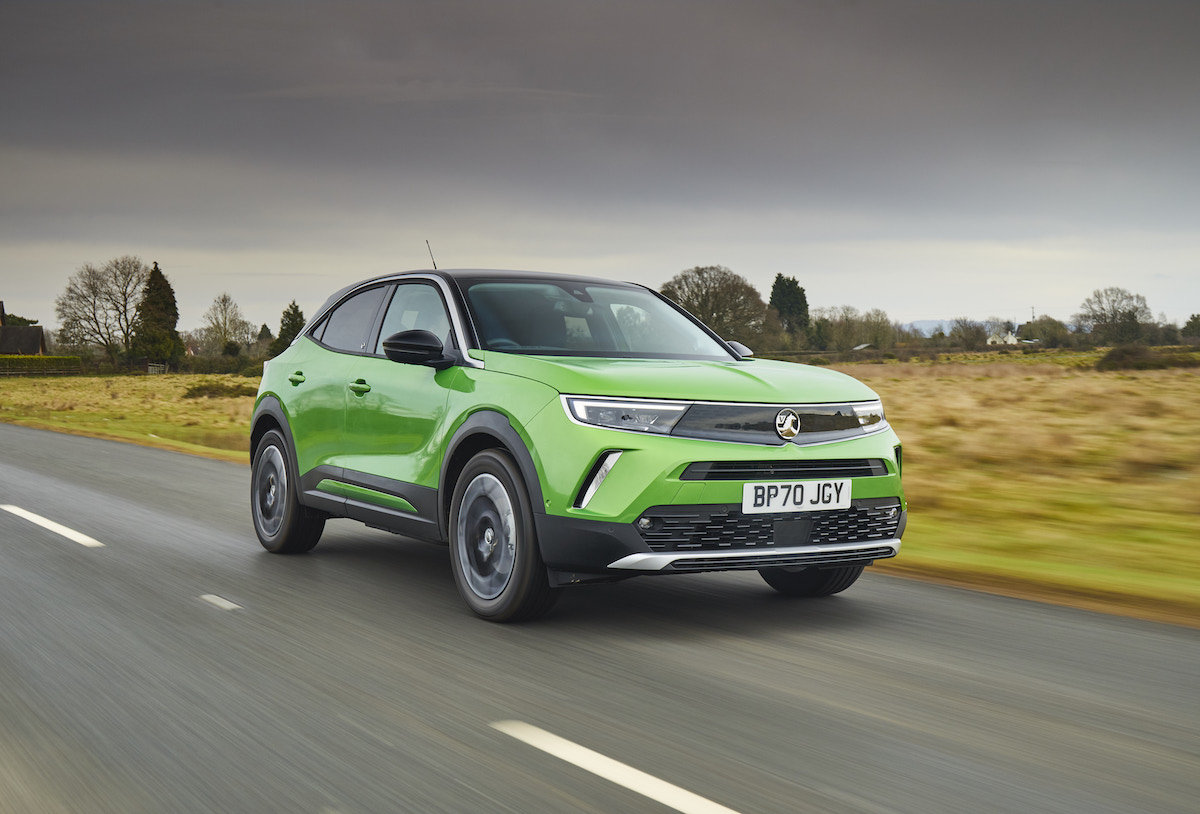 Even in one of the most fashionable and stylish sectors of the market, the Vauxhall Mokka stands out a mile thanks to its edgy design. If you’re sold on the looks, you’re probably already on your way to your local Vauxhall dealership. There aren’t many good reasons not to buy one, but do be aware that some other small SUV rivals do some of the key things – comfort, quality and practicality, for instance – better than the Vauxhall, even if they don’t have the same visual clout. 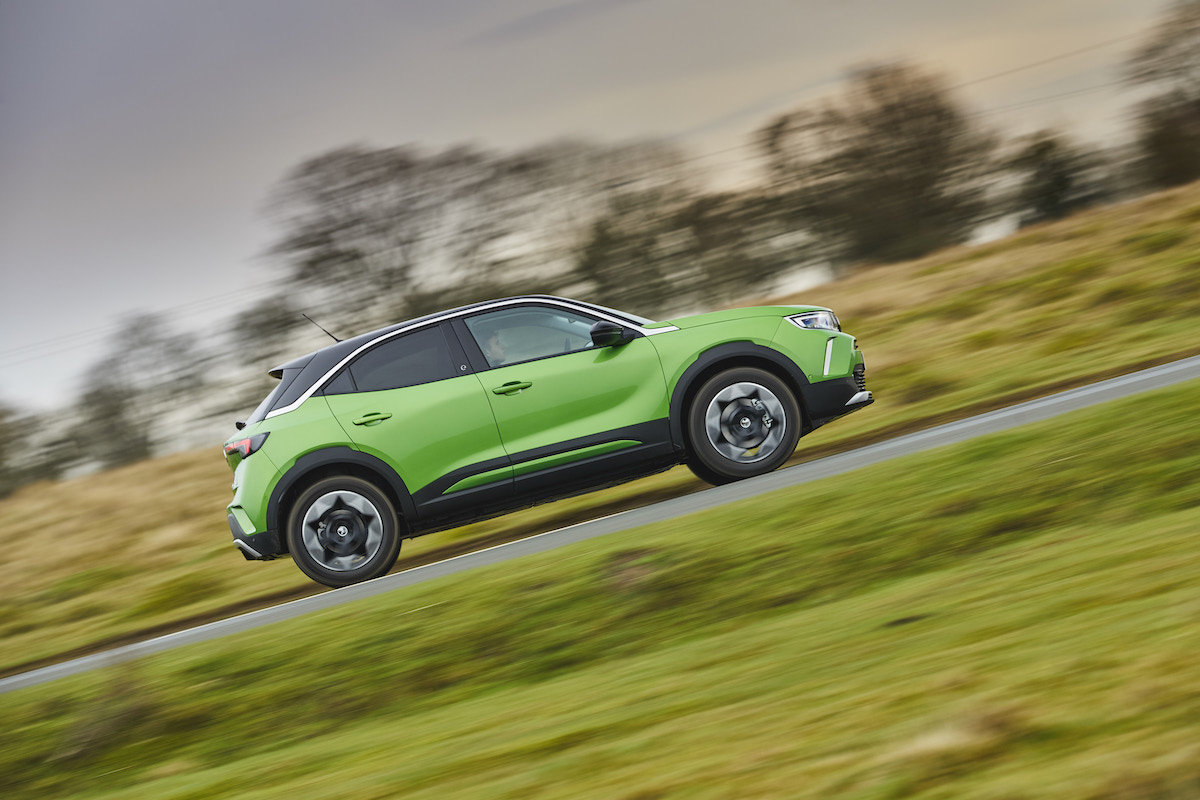 Justin Bieber. Gogglebox. Tottenham Hotspur. All proof – if ever it were needed – that just because something is popular, it doesn’t necessarily mean that it’s good.

Why? Simple. While small SUVs are ten-a-penny these days, the Vauxhall Mokka was right there at the very outset of the craze, ready and waiting to cash in on the zeitgeist. And although list prices weren’t all that low, discounts were huge and finance offers were generous, and that made it one of the most affordable and accessible cars of its type.

Fast-forward to today, and supermini-sized SUVs are more popular than ever, and there’s no sign of that changing any time soon. So with the second coming of the Mokka, Vauxhall would surely stick with the same formula that made the first-generation so successful, right?

Guess again. Prices when new are sufficiently high that even when you apply a discount – which Vauxhall dealers will be a lot less willing to do these days – it’ll still cost you a similar amount to its most expensive rivals. Instead, it attempts to stand out from the mini-SUV crowd with its edgy look-at-me styling, and to be fair, that’s something it does fairly well.

But is the rest of the package any more compelling than before? Well, standard luxury equipment looks fairly generous – more on that later – and safety is fairly well catered for too, although there isn’t yet a Euro NCAP crash test result that can confirm that particular suspicion.

A range of petrol and diesel engines, plus an all-electric Mokka-e variant, means there’s something for everyone in the line-up. All versions come with a touchscreen infotainment system and digital instrumentation panel, both of which look good and are reasonably clear and easy to use. The interior generally looks as jazzy as the outside, with plenty of glossy trim pieces and a decent smattering of touchy-feely materials. Look elsewhere, however, and you'll find some rougher surfaces that rather let the side down. Culprits include the cheap-looking glovebox lid and scratchy door pockets. These alone are enough to remind you that you're sitting in a Vauxhall and not an Audi or BMW.

There are some questions over practicality, too. Rear legroom is fine, but anyone over six feet tall will find their hairdo brushing the headlining, and because the ceiling drops so dramatically just behind your head, it’s very easy to knock your bonce on it. The small rear door openings – made even smaller by the rear wheelarches that cut into them – make getting in and out trickier than it needs to be. Meanwhile, boot space is reasonable, but there’s a hefty lip that you’ll have to haul heavy items over before dropping them in, and a large step up to the rear seats when they’re folded. Some higher-spec versions get a moveable boot floor that helps level off both the lip and the step, but that only equates to about half the range of trim levels.

On the road, the Mokka does a decent enough job without really excelling in any area. There’s a hint of firmness to the ride, so bumps and ruts can jiggle you about a bit in your seat, but although many other small SUVs are more forgiving, the Mokka should be comfortable enough for most tastes. It's worth noting that the Mokka-e feels slightly more settled than the combustion-engined Mokka over lumps and bumps, presumably due to the extra weight it’s carrying in the form of its batteries.

This extra weight can also be felt in the corners – your front tyres will run wide a little earlier in the EV – but all Mokkas deliver decent control over body movements and so change direction reasonably crisply. It’s a shame then that the Mokka’s steering is slightly odd. It’s slow to react around the straight-ahead position, but once you do turn the wheel far enough for the front wheels to respond, the steering then becomes really quick. This kind of all-or-nothing character will have you making frequent corrections to find your desired line, which can get irritating.

Having said that, the engine in the car we tried was an absolute peach. It was the more powerful of two 1.2-litre petrol options (99bhp and 128bhp, and there’s a 108bhp 1.5 diesel as well), and it delivers strong, fizzy performance and impressive smoothness. The optional eight-speed automatic gearbox to which it was mated (we haven’t yet tried the standard six-speed manual) also impresses, swapping ratios in a smooth, fuss-free manner.

We’ve also had a shot in the Mokka-e, and it’s very compelling. It’s not as blistering off the line as most other EVs, instead choosing to unfurl its acceleration in a rather more gentle, considered manner, but it’s always ready to respond and delightfully quiet when trundling around, although you do hear a fair amount of road noise on the motorway. 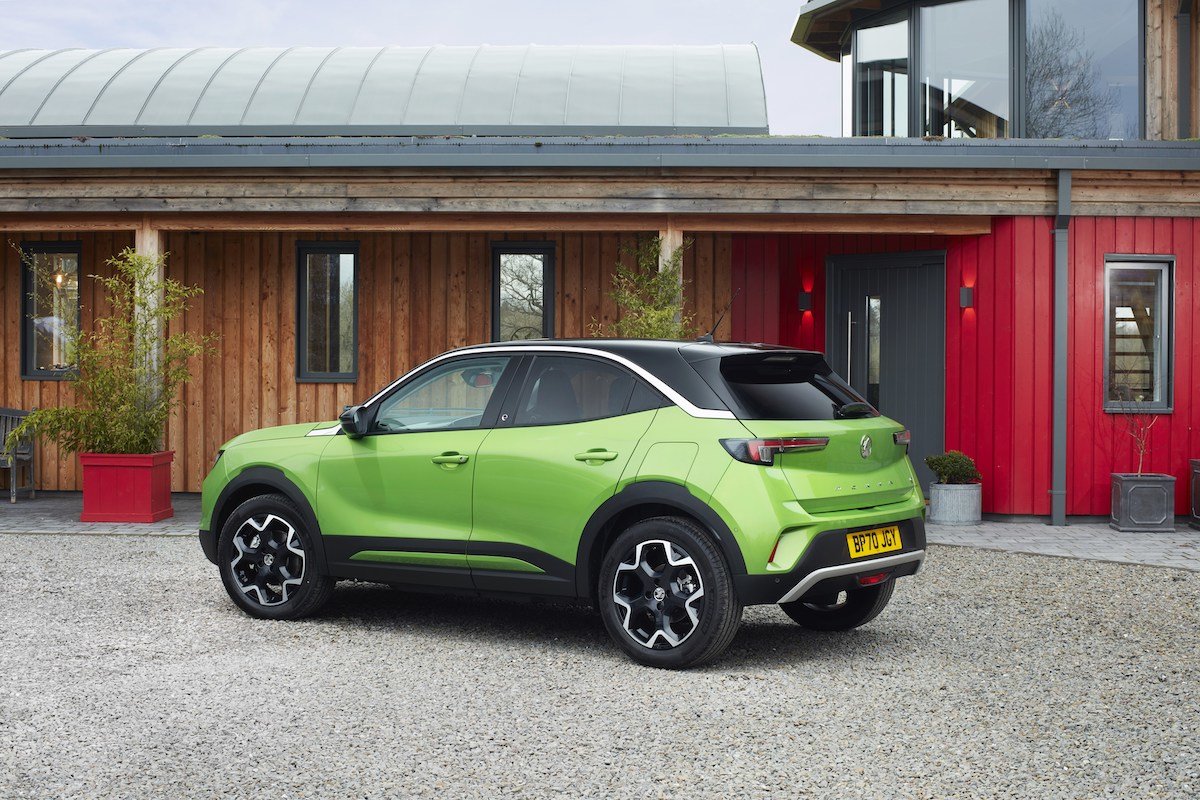 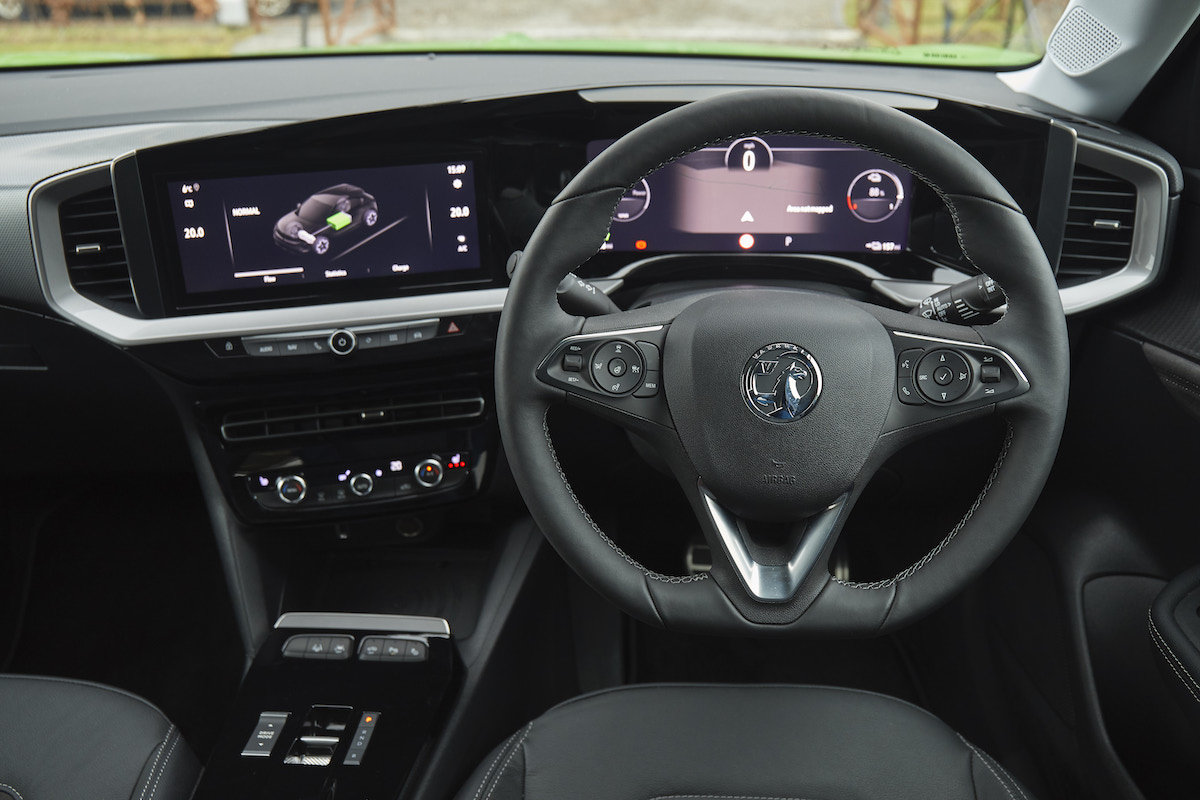 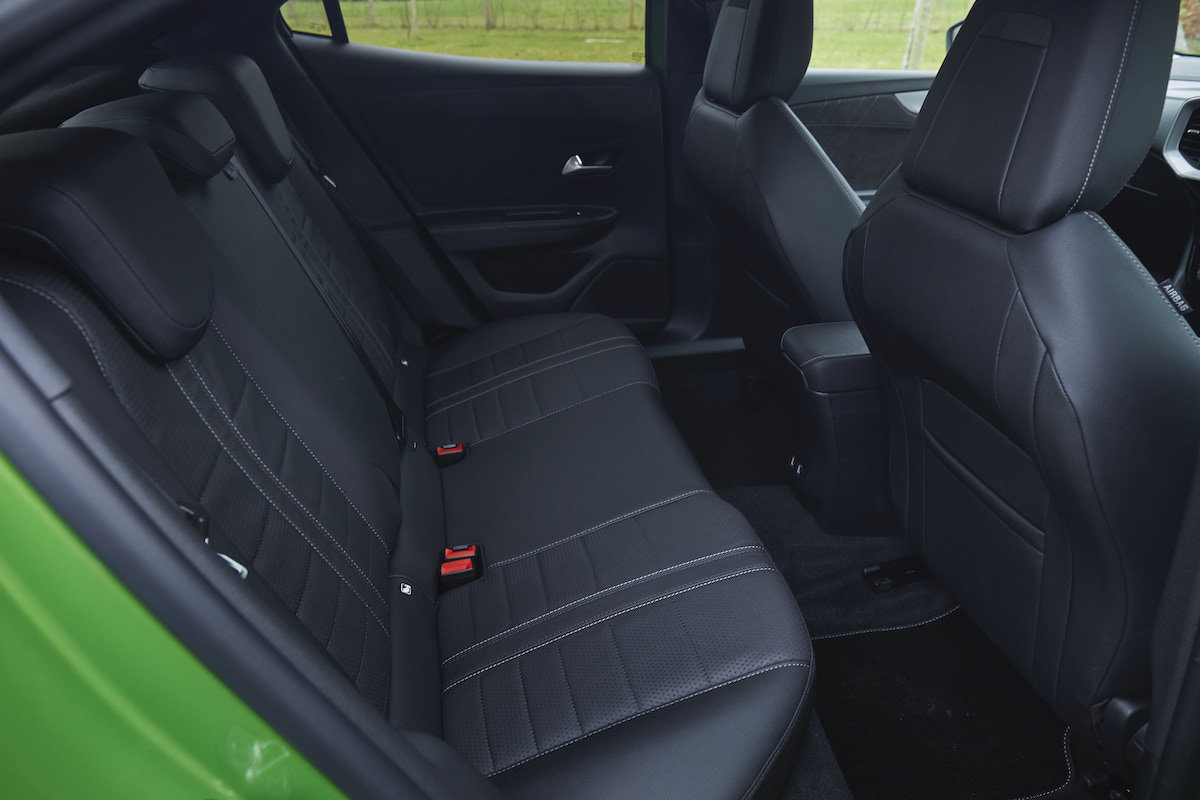 Keen pricing was a big part of why the first-generation Mokka was so successful, but you won’t be getting the latest version for a song, at least while it's new. Prices are comparable with those of the Ford Puma and VW T-Cross, but rivals like the Nissan Juke and Renault Captur cost a good slice less, model-for-model. The electric version isn’t the cheapest EV you can buy, but it’s far from expensive in the scheme of EV prices.

There’s barely anything in it for fuel economy between the two petrol engines according to official figures, with both recording a maximum average of around 51mpg. You’ll be doing extremely well if you ever see this figure from either – expect an MPG more like 45 from a carefully driven Mokka – but the more powerful unit is likely to get you closer as it won’t have to work quite as hard for equivalent performance. However, if you choose to combine this engine with the optional automatic gearbox, expect a fuel penalty of around 3mpg.

The diesel is (predictably) the most parsimonious of the fuel-burners, with an official figure of up to 65mpg (reckon on more like 57mpg), while obviously, the Mokka-e makes a mockery (see what we’ve done there?!) of the very notion of combustion, as it uses no fuel at all.

Insurance groupings for the various versions range from 13 to 20 on the combustion-engined versions, and from 21 to 23 on the electric ones. Mokka-e buyers will make up the difference in tax savings, though: you’ll pay no annual VED road tax on the electric version, while petrol or diesel buyers will stump up £155 per year. The tax savings for going electric are truly ludicrous for company car drivers. Those who choose a petrol powered Mokka will pay monthly Benefit-In-Kind tax on between 29% and 31% of their car’s original value, where the figure will be 26% on the diesel. During the current tax year, you’ll pay tax on just 1% of the Mokka-e’s list price, meaning simply enormous tax savings, and the rate will remain similarly low for the next few years to come. 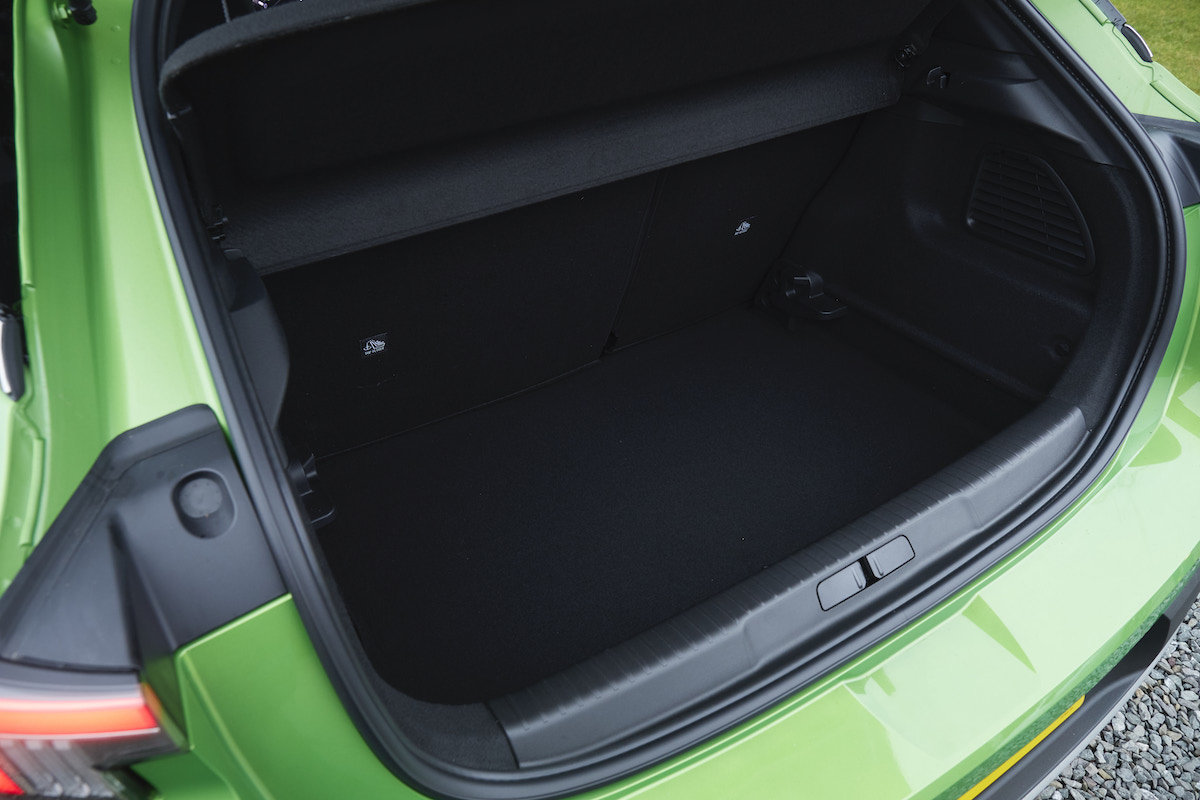 With the Mokka still being fairly new, not enough time has yet elapsed for any meaningful reliability data to be gathered, or for any common faults to have made themselves known.

Traditionally, Vauxhall’s reliability record has been rather hit and miss, but these days, since being bought out by a firm called Stellantis, the firm’s new products bear far more mechanical resemblance to those of Peugeot and Citroen, which Stellantis also owns. That could mean good news on the reliability front, because in the 2019 JD Power UK Vehicle Dependability Study, Peugeot emerged as the number one manufacturer. Then again, Citroen – which in theory uses identical parts and processes – placed a lowly 17th out of the 24 carmakers considered, so make of that what you will.

Like all Vauxhalls, brand new Mokkas come with a three-year, 60,000-mile manufacturer warranty. That’s the bare minimum that any new car buyer should expect, and certainly nothing special. 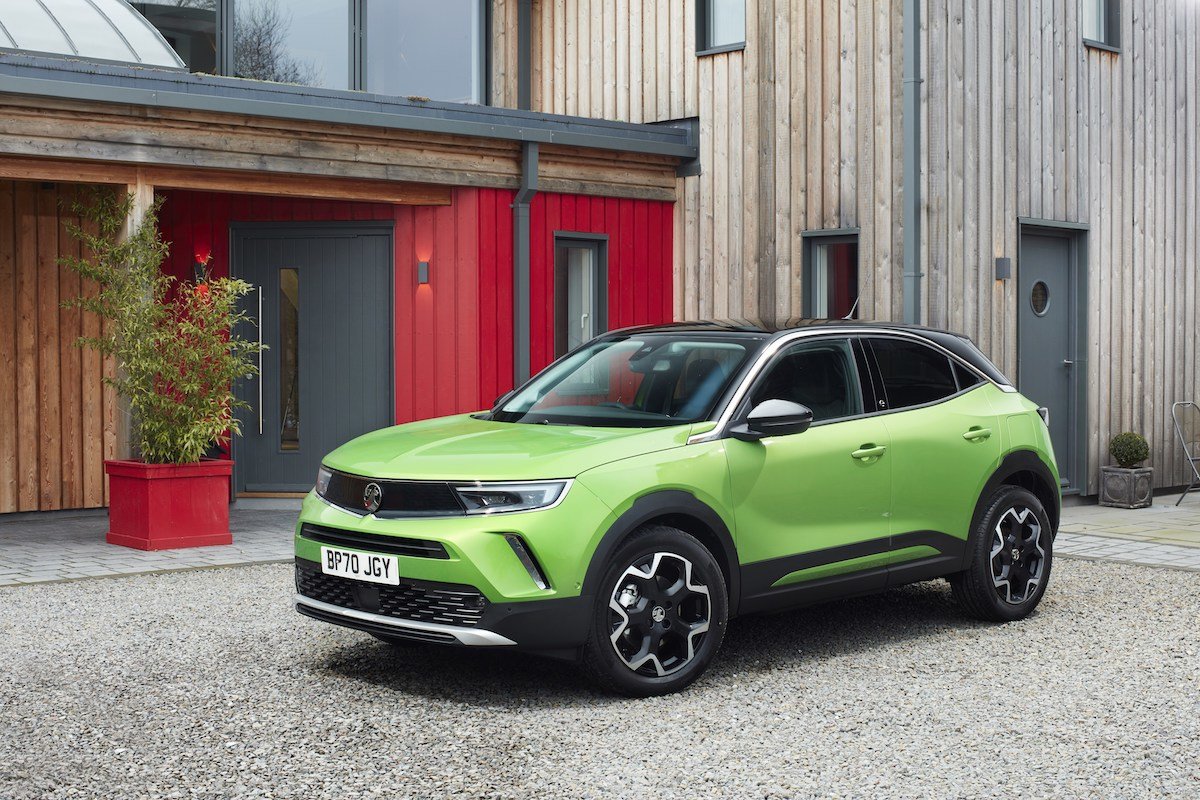 If style is any indicator of success, then the new Vauxhall Mokka could be even more of a smash hit than its predecessor, which sold in droves despite not being very good in a number of key areas. However, while the original Mokka was one of the first entrants into the small SUV market, the second-generation car has to see off far more competing models if it’s to secure your custom, so it has to improve in every area. And to an extent, it does.

Get beyond that angular bodywork, and you’ll find an interior that has plenty of wow-factor itself, not to mention a decent slice of standard luxury and safety kit. On closer inspection, it doesn’t quite have the build quality or practicality that you might be hoping for, but if those aspects are of less concern to you than jaw-dropping looks and kerbside appeal, then you’ll probably be prepared to make do. The driving experience is also of the acceptable-if-not-exceptional variety, but if you’re sold on the looks, you’ve probably already stopped reading and are currently heading straight for your local Vauxhall dealer. Or you could just click below, of course...

Search for a Vauxhall Mokka on CarGurus