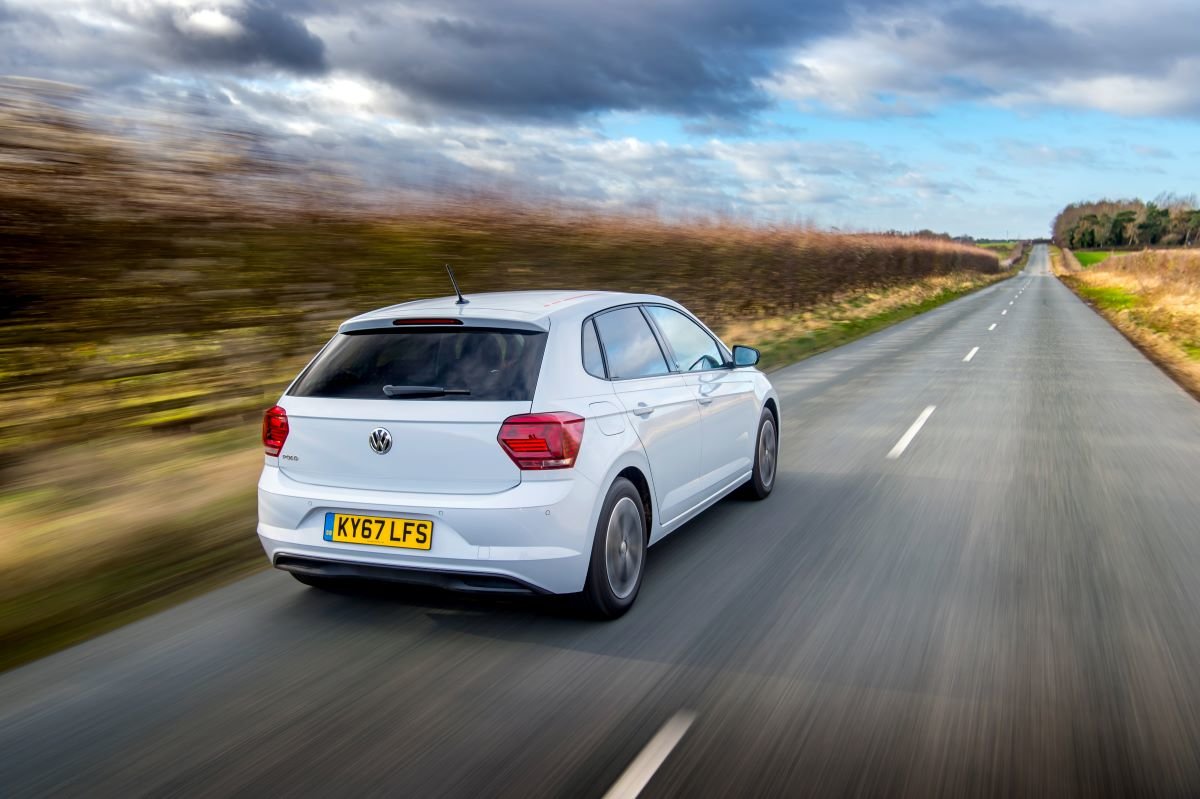 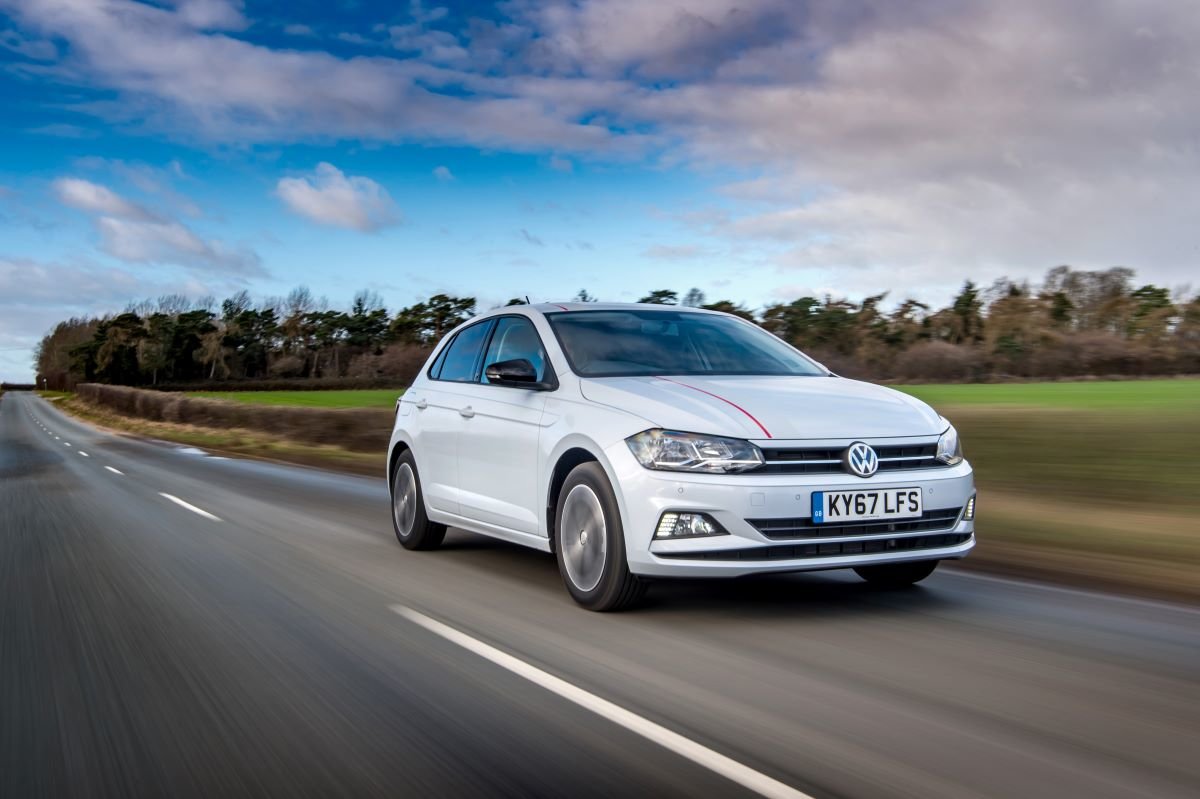 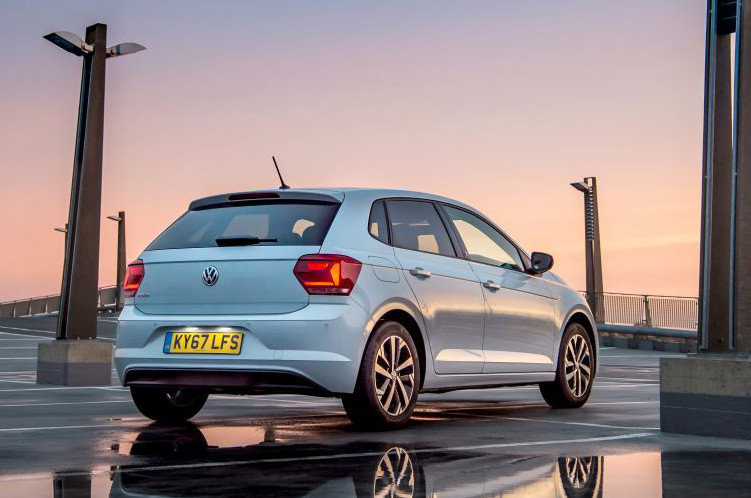 Think back – if you’re old enough – to 1975; something of a landmark year. The Vietnam war was coming to an end, an unknown little company called Microsoft was just being formed, and the starting pistol had just been fired in the race between Betamax and VHS for supremacy in the home video market.

Something pretty seismic happened in the car market too, and that was the release of the original Volkswagen Polo. Over the following years, VW’s small hatchback would become the benchmark for desirability and image in the supermini market, and would also go on to become one of the most successful cars of its type. And the latest version – the sixth generation car sold from 2017 onwards – still trades on those very same attributes today.

Where does that desirability and image come from? Well, the badge for one thing. While most of the other entrants in this sector of the market come from rather run-of-the-mill mainstream brands, the VW logo carries a little more prestige clout. The sheer quality of the product doesn’t hurt desirability, either. Most of the materials on display inside the cabin feel dense, tactile and expensive, while all the switches and buttons work with slick precision for a substantial, well-crafted feel. The interior is impressive in other areas, too, with an intuitive dashboard layout, supportive seats and good all-round visibility.

Practicality is also top-drawer, with plentiful space for four tall adults (a fifth can squeeze in at a push), and one of the largest boots in the class (assuming you don’t go for one of the GTI models, which have around 50 litres less space). The level of standard equipment you get is also pretty good. The entry-level S trim might be a little basic for some, but next-step SE trim gets most of what you need, and all versions come with pretty much the same suite of safety equipment, which is impressively generous and has already contributed to a five-star Euro NCAP rating.

It’s also an impressively civilised car to drive, with a really smooth ride at all speeds – one of the most cosseting in the class, in fact – and excellent refinement, too. Wind and road noise are very well subdued on the motorway, and most of the engines (the exception being the sole diesel) are smooth and quiet. The controls are all responsive and consistently weighted, and although a Ford Fiesta might be a bit more fun in twists and turns, the Polo is extremely capable, secure and predictable.

It’s not a cheap option among its peers, but it’s very affordable to run and importantly, it feels worth every penny of the money you pay. 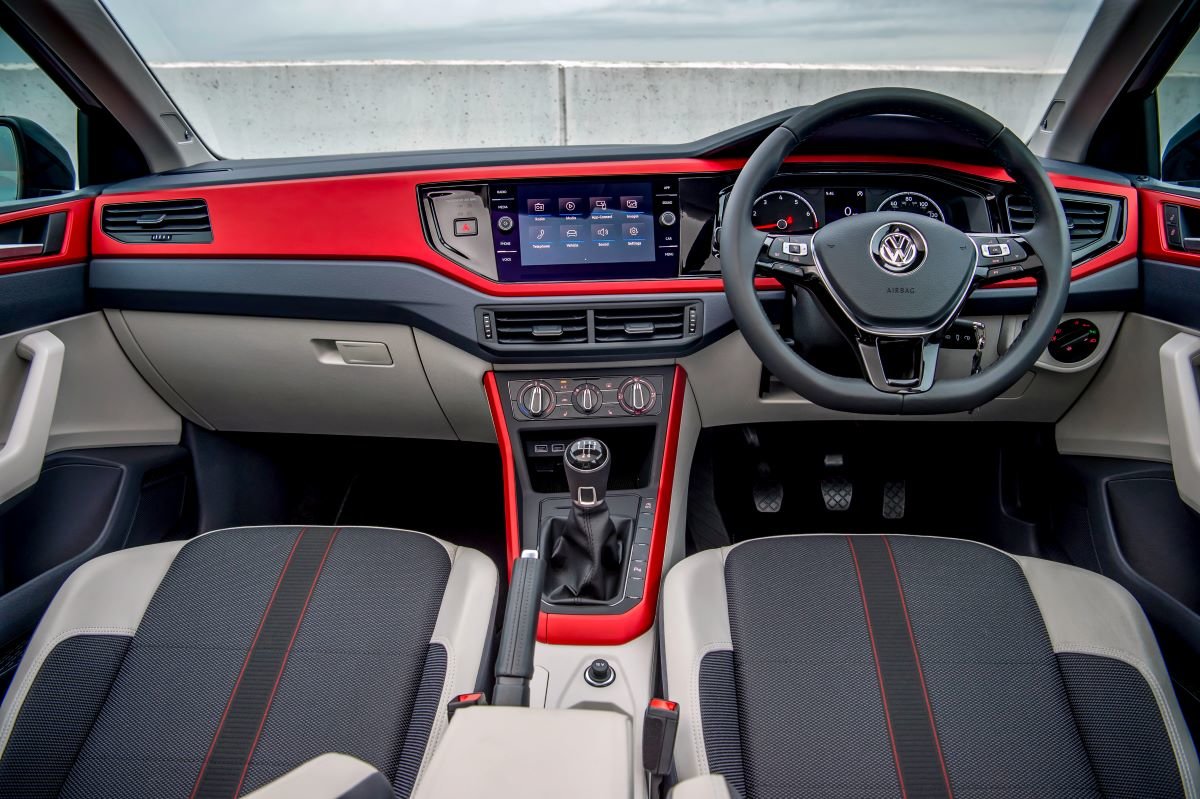 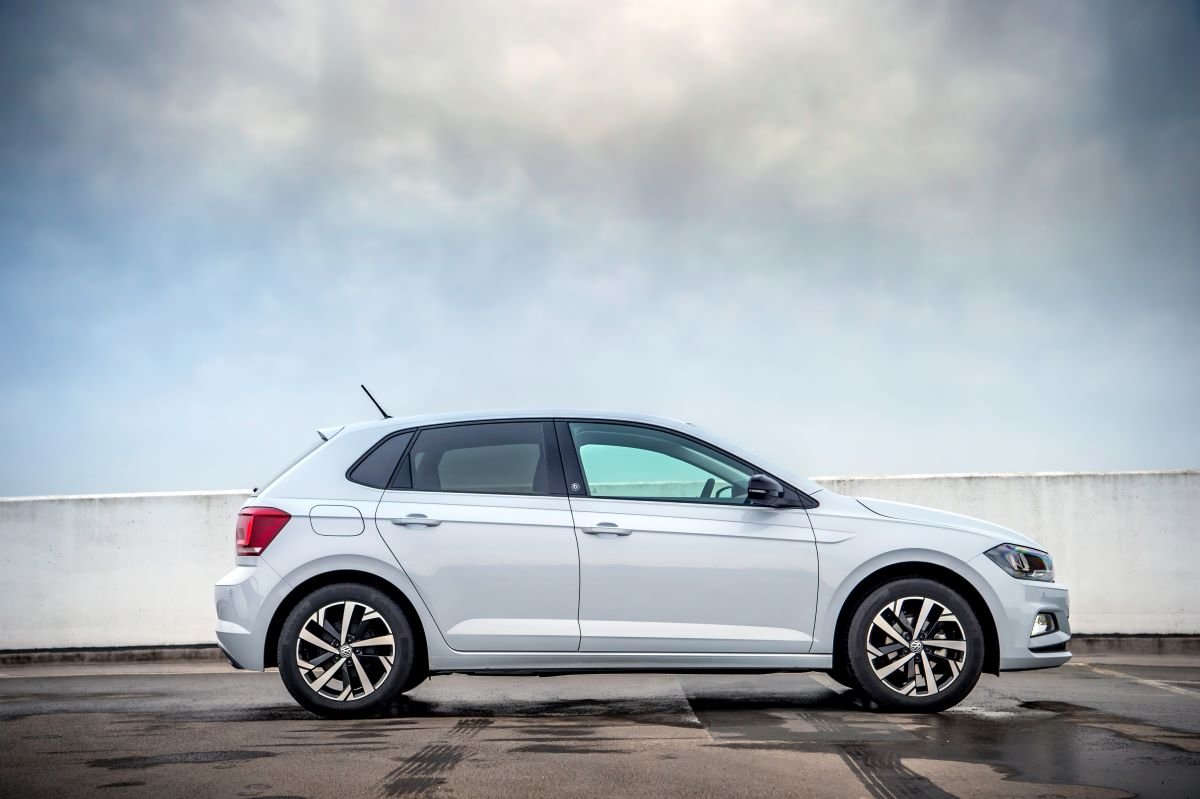 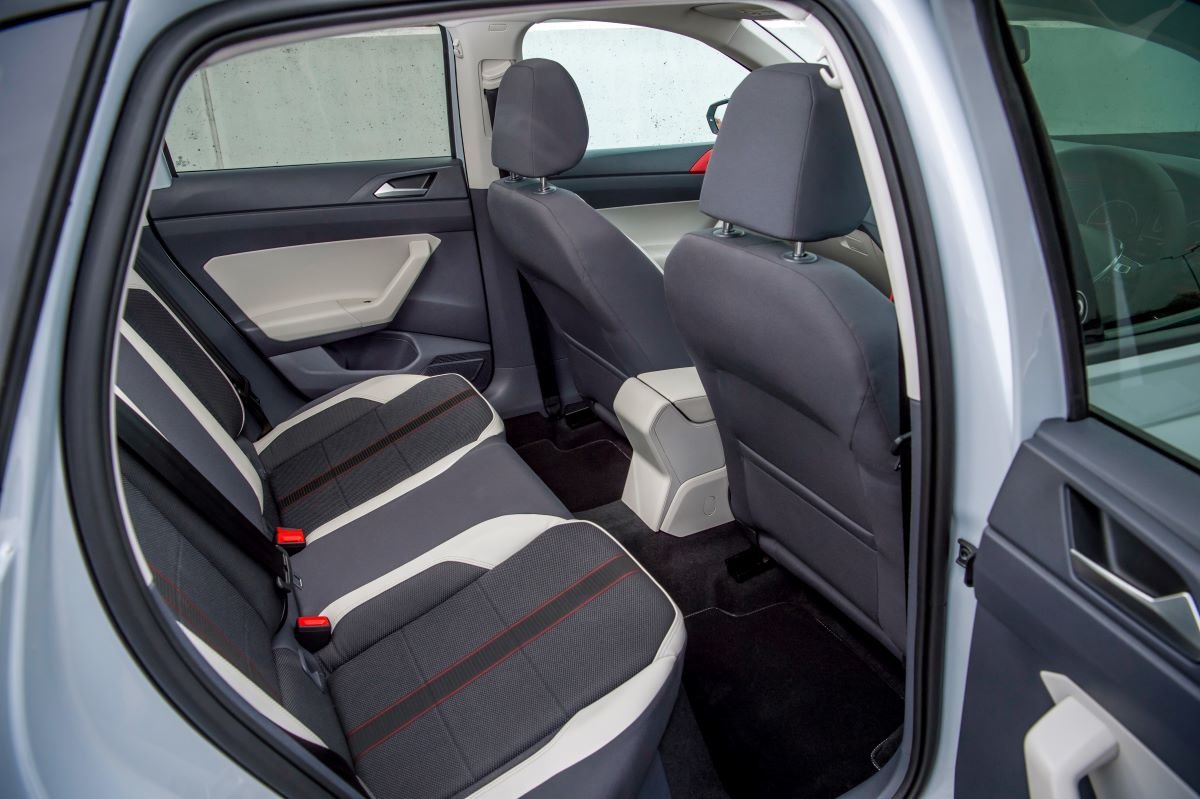 Sitting at the more sophisticated end of the small car spectrum, the Polo isn’t a cheap option when compared with rivals. Purchase prices were already higher when it was a new car, and with stronger resale values than most of the competition, it doesn’t shed its value as quickly, either. And, having only been released in 2017, prices haven’t had all that much time to drop just yet. So for all those reasons, it’s likely that you’ll pay a bit more to buy a Polo that most other supermini contenders.

That said, once your initial outlay has been and gone, running costs should generally be very palatable. Predictably, the 1.6 TDI diesel engine is the most efficient according to official WLTP figures, with a maximum average return of up to 57mpg. That said, both the weakest 1.0-litre petrols will beat 50mpg when teamed with the five-speed manual gearbox, while the 1.0 TSI 95 will achieve 46mpg when paired with the seven-speed DSG twin-clutch automatic. The 1.0 TSI 115, meanwhile, will deliver a maximum of 46mpg when mated to the six-speed manual ‘box, and 48mpg when teamed with the DSG.

Running costs will be considerably higher for the GTI than for the rest of the range, though. Neither version can quite crack the 40mpg mark according to official figures, while these versions also lie in groups 26 or 28 for insurance. The entry-level engine, meanwhile, sits in group one, the cheapest group there is (of 50), while the 94bhp engines sit in group eight, the diesel in group nine and the 113bhp petrol in groups 11 or 12.

Vehicle Excise Duty, meanwhile, is the same on every variant. The Polo was released after April 1st 2017, when the tax rules changed from being based on a car’s CO2 output to being based on a flat rate on all petrol and diesel cars. As such, you’ll pay £150 per year to tax your Polo, whichever version it may be. 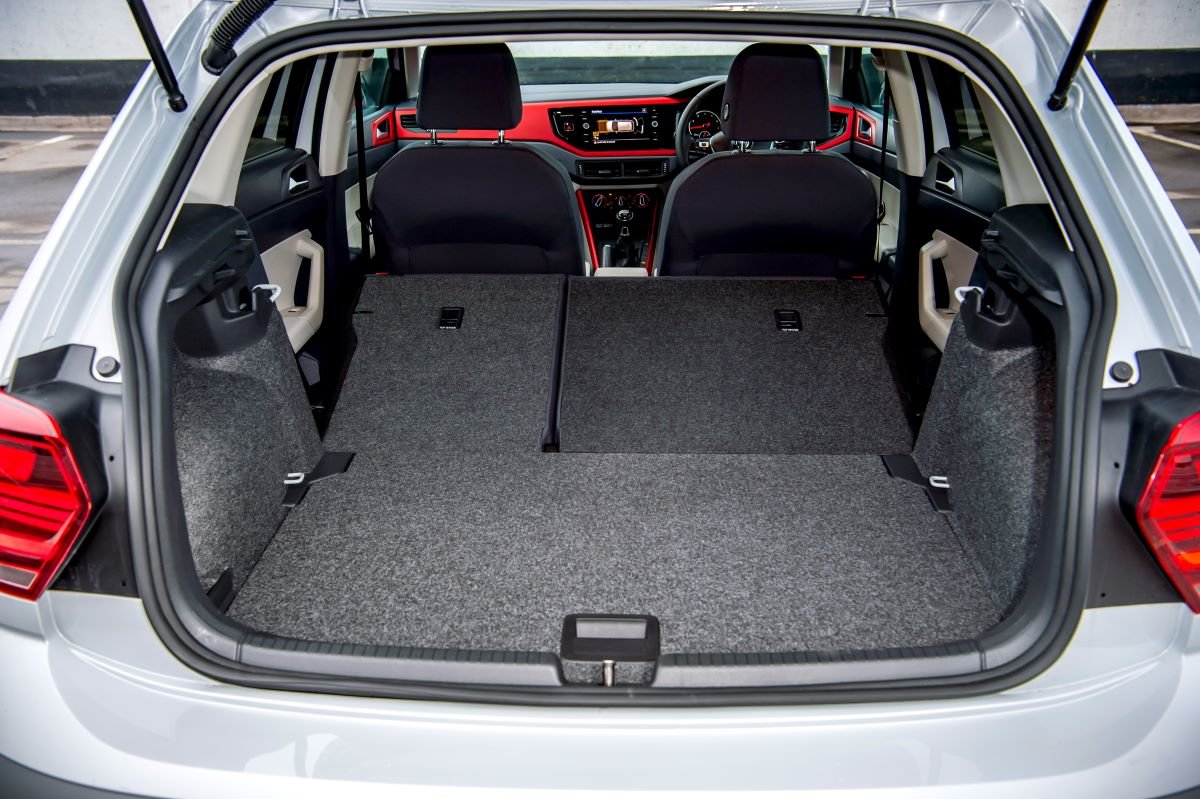 This generation of Polo hasn’t yet been around long enough for much meaningful reliability data to become available. We’ve heard one or two tales from owners about strange knockings from underneath and strong vibrations from the engine bays, but the (admittedly rather limited) numerical evidence we’ve seen would suggest that these are isolated incidents rather than regular known faults.

You can also take heart from the fact that, as a brand, Volkswagen sits in very respectable mid-table spots in reliability surveys including the JD Power UK Vehicle Dependability Survey and the Warranty Direct Reliability Index. That's not the bullet-proof dependability the firm’s past advertising would have you believe, perhaps, but entirely decent. That said, Volkswagen’s three-year, 60,000-mile warranty is nothing special, especially when compared with the seven-year arrangement you get from rivals such as Kia.

One major recall has been issued regarding the rear seat belts. In rare situations, such as when all three rear seats are occupied and a sudden lane-change manoeuvre takes place, one of the belts can be unintentionally released. It took VW a wee while to come up with a fix, but they cracked it eventually so make sure the work has been carried out on your car before buying. 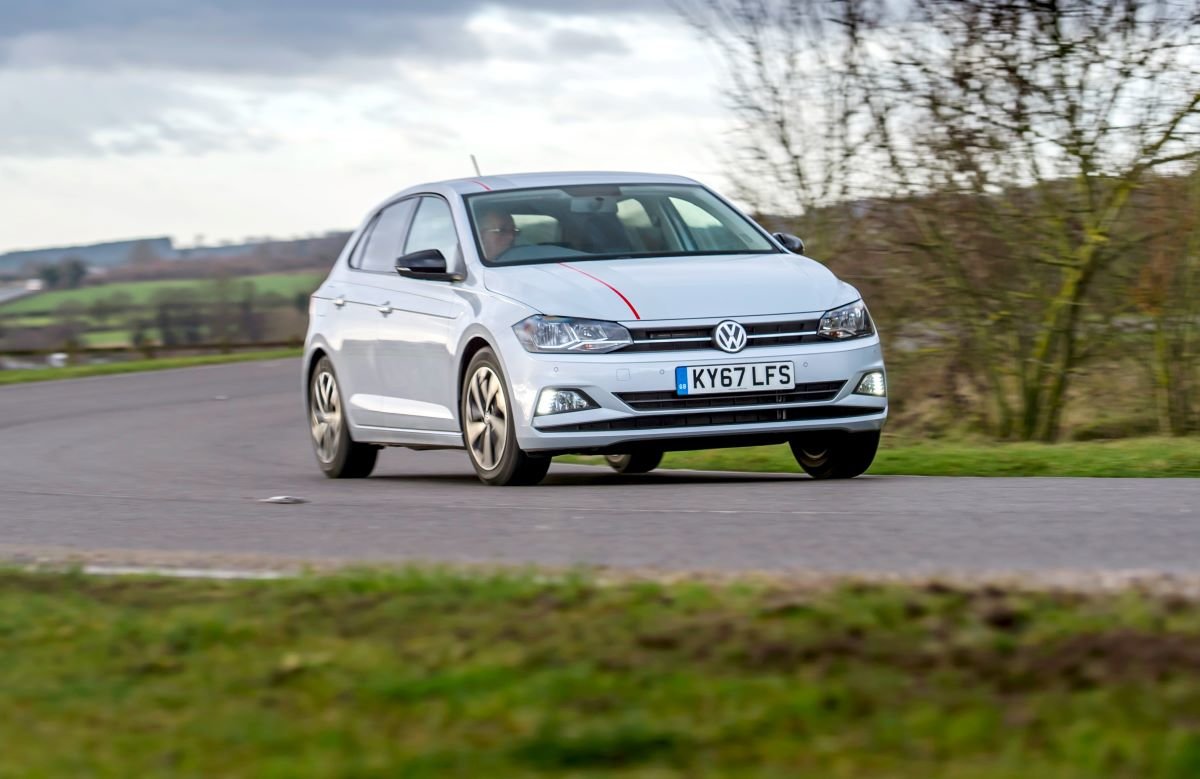 Previous Polos have always been something of a benchmark in the supermini class, and this sixth-generation car is no different. There’s not a single area in which this car struggles, and in several of them, it sets the standard outright.

The VW Polo’s compliant suspension and sensational rolling refinement means it’s one of the most civilised cars of its type on the road, and the punchy engines and well-weighted controls make it a very easy car to drive as well. Those looking for a strong dose of fun will be better off with a Ford Fiesta or a Seat Ibiza, but there’s fun to be had in the Polo, too, and there’s no doubting its capability in corners.

If anything, though, the interior is the most impressive bit. It’s dripping with quality and poshness, the design is an ergonomic masterclass and, with loads of passenger space and a big boot, it’s also one of the most practical superminis you can buy. It’s a slightly pricey option in the class, but if you can stretch to a Polo, you’ll absolutely love it.

Search for a Volkswagen Polo for sale on CarGurus.