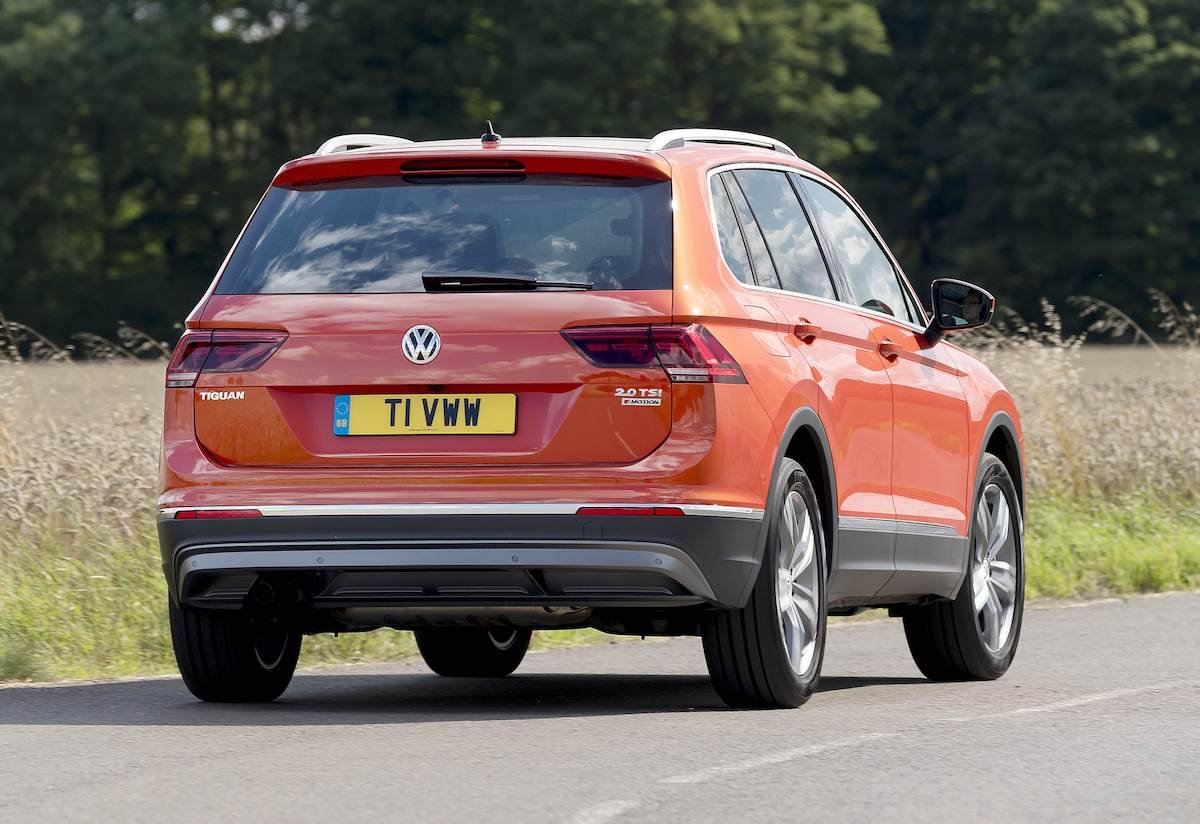 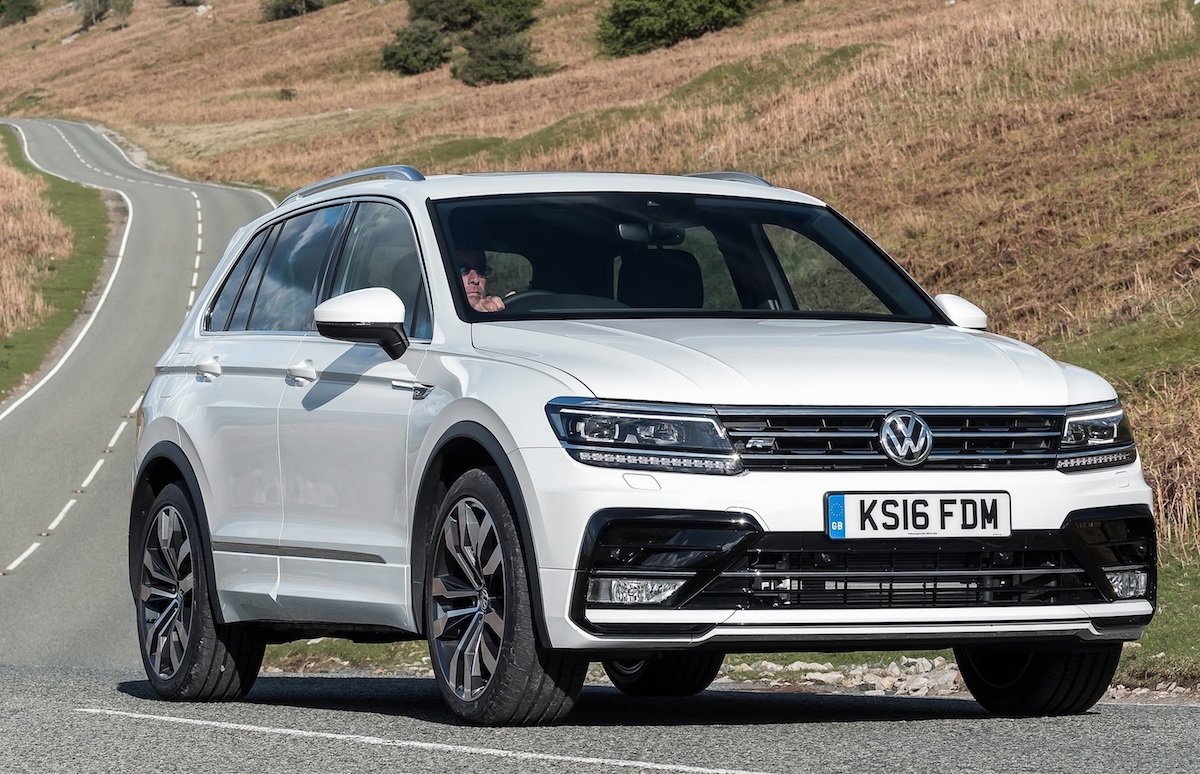 The Volkswagen Tiguan has long been a go-to option for anyone after a plush, practical family SUV, and with good reason. The current generation has taken the plush aspect of that to another level and could easily persuade buyers out of an Audi Q3 or BMW X1 given its perceived quality. It’s also a pleasure to drive; an effortless family SUV. 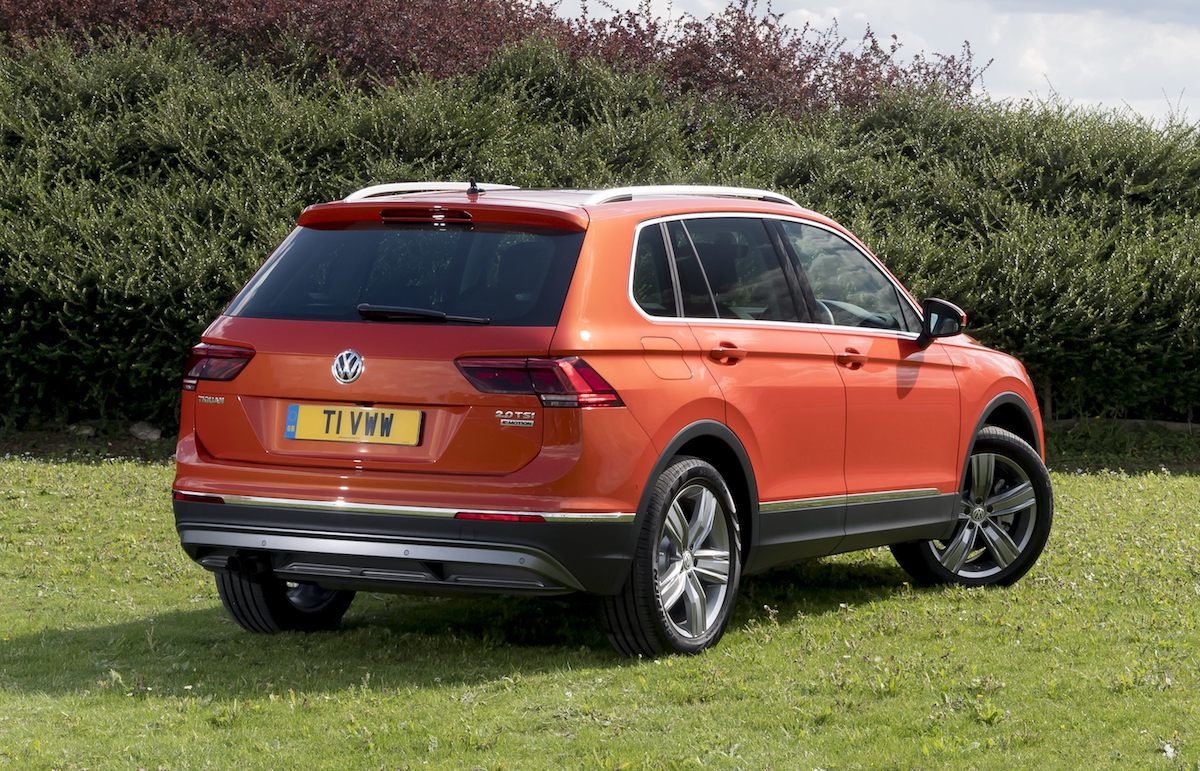 The Volkswagen Tiguan is a medium-sized family SUV that’s a little bigger than a Nissan Qashqai and a little smaller than the Skoda Kodiaq. It takes on these well-known alternatives as well as a kaleidoscope of similarly priced alternatives including the Mazda CX-5, Ford Kuga, Toyota RAV4 and more.

Its trump card is the happy balance it offers between classy interior feel, upmarket kerbside appeal and reasonable purchase costs. The current mk2 Volkswagen Tiguan, introduced in 2016, really nails this, with a smart interior focussed on a large colour touchscreen infotainment system mounted in the dashboard.

It’s one of the best systems in the class, although you have to go for Match trim or above to get the features that most will want; the bigger 8-inch colour touchscreen, satnav, Apple CarPlay and Android Auto. Given that Match also includes three-zone climate control, reversing camera, auto lights and wipers, heated wing mirrors and more, it’s the pick of the bunch on balance of value and convenience.

A significant facelift in the autumn of 2020 brought new LED headlights, a redesigned grille and a reprofiled bonnet. Inside, there are now touch-sensitive sliders for the climate control and updated infotainment systems. The model range was also tweaked, with the base models simply badged Tiguan, with Life models above that and Elegance or R-Line at the top of the range.

Practicality is as good as you’d expect. The boot is big even by class standards, and comes complete with a variable-height boot floor. The 40/20/40 split rear seats fold flat easily, and also slide so that you can prioritise passengers or boot space. With the seats slid back, there’s plenty of space for two tall adults to lounge about comfortably, or for two chunky car seats. If you value seven-seat practicality, the Volkswagen Tiguan Allspace offers just that, as does the excellent Skoda Kodiaq and Peugeot 5008, the latter of which is great for getting three child seats in the middle row.

There’s a decent range of engines available, including petrols and diesels with manual and automatic gearboxes, although you have to go for a fairly expensive diesel model if you want four-wheel drive. We favour the 1.5-litre EVO petrol, which is offered with 128- or 148bhp and feels sprightly enough in either power output. The latter is better if you want to carry the whole family on long trips regularly. It can be had with either a six-speed manual or seven-speed dual-clutch automatic – both of which are really nice to use – and it has loads of traction despite being front-wheel drive.

A 2.0-litre diesel is available with 148- or 187bhp, also with automatic or manual gearboxes, and four-wheel drive if you want it. It’s quiet by diesel standards and manages good fuel economy so will suit high-mileage drivers well.

Eco-conscious drivers or company car users will be more drawn to the eHybrid plug-in hybrid model, available from 2021, which uses a 1.4-litre petrol engine combined with an electric motor to provide 241bhp and an all-electric range of around 30 miles. Fans of performance cars, meanwhile, can go for the range-topping 316bhp Tiguan R, introduced around the same time as the plug-in hybrid. 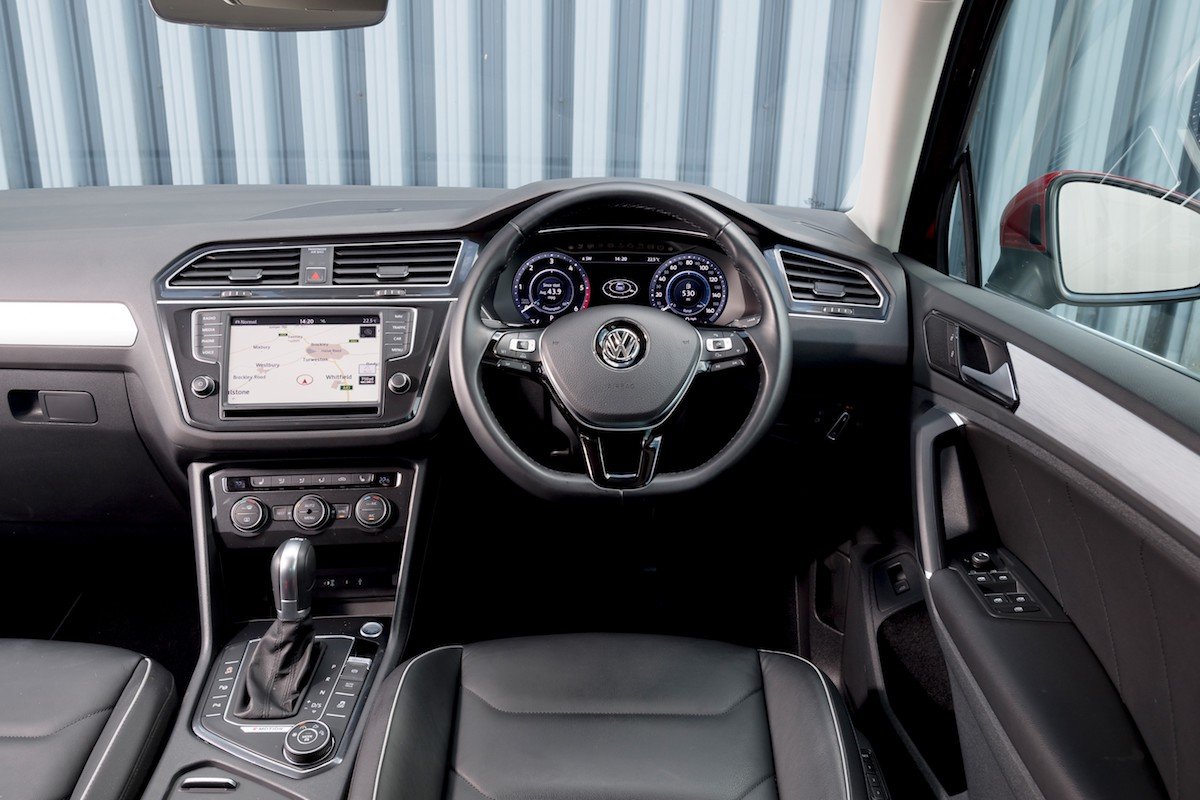 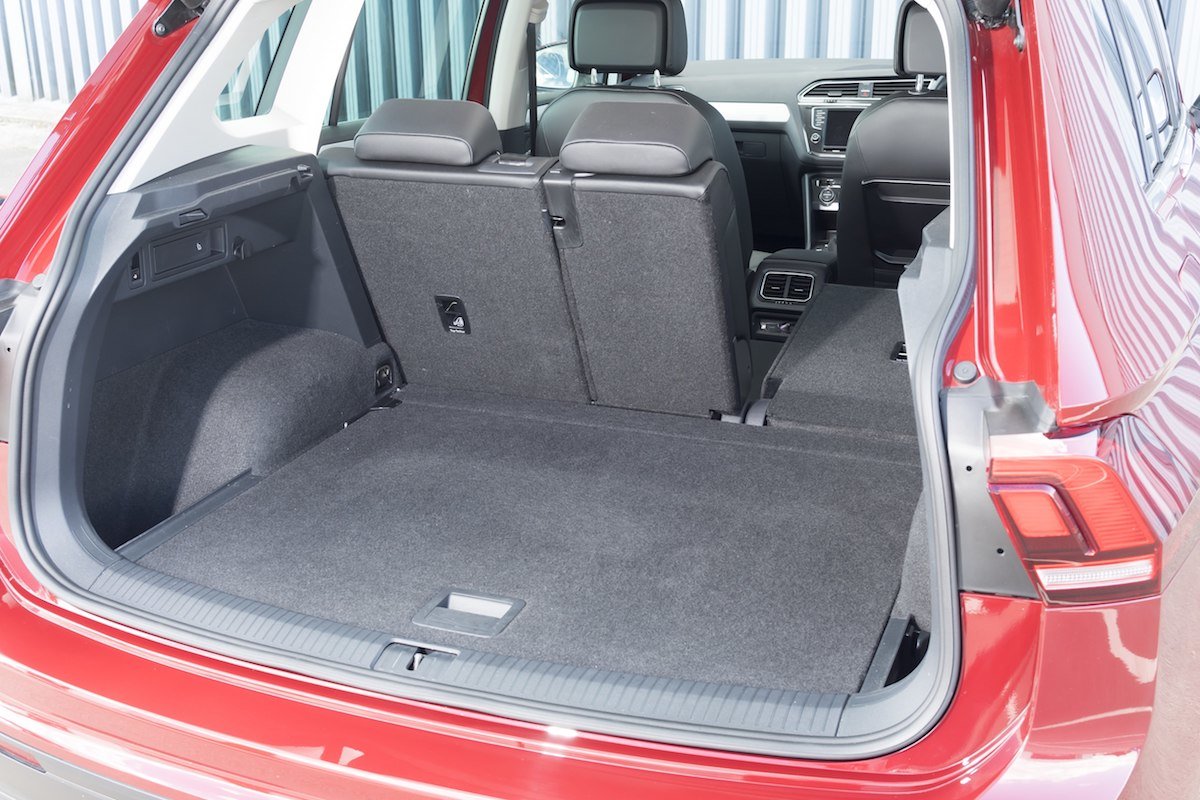 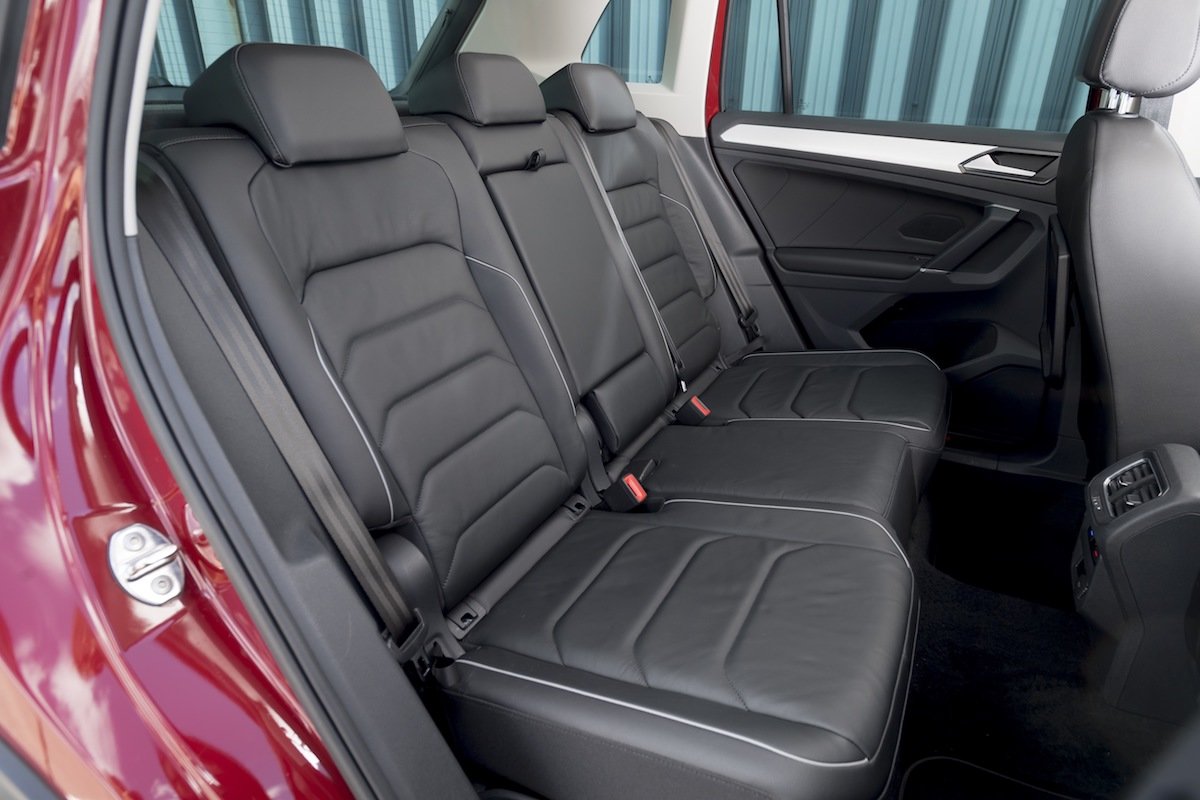 The VW Tiguan is more expensive to buy than alternatives like the Mazda CX-5, Nissan Qashqai and Skoda Kodiaq. However, VW offers some really good finance deals, with big deposit contributions, low APR and low monthly payments. It’s very easy to get a mid-spec Tiguan for around £300-£350 per month, while business leases are even more competitive.

Once you’ve got the Tiguan on your driveway, running costs are very competitive. Fuel economy on the petrols will be around 35-40mpg in varied driving, or you can edge it up to 45mpg on an easy motorway run. The 2.0 TDI 150 with a manual gearbox will be the most economical, and will likely do close to 50mpg, while the more powerful diesel will be closer to 45mpg. Opting for four-wheel drive and an automatic gearbox could see average mpg figures drop to 40 despite the diesel power. The eHybrid offers a theoretical 157mpg, but expect real-world fuel economy of around 50mpg.

Insurance costs are low by class standards; groups range from 12 to 16, which is lower than a Toyota RAV4 and Mazda CX-5, and is on a par with the Kia Sportage and Skoda Kodiaq.

The Tiguan holds its value well, so if you’re planning on buying the car outright and then selling on in a few years, it’s a good bet. Fixed price servicing plans are available, with a check-up needed every 12 months or 10,000 miles. A minor service will cost around £180 while a major service (needed every two years) is around £350. 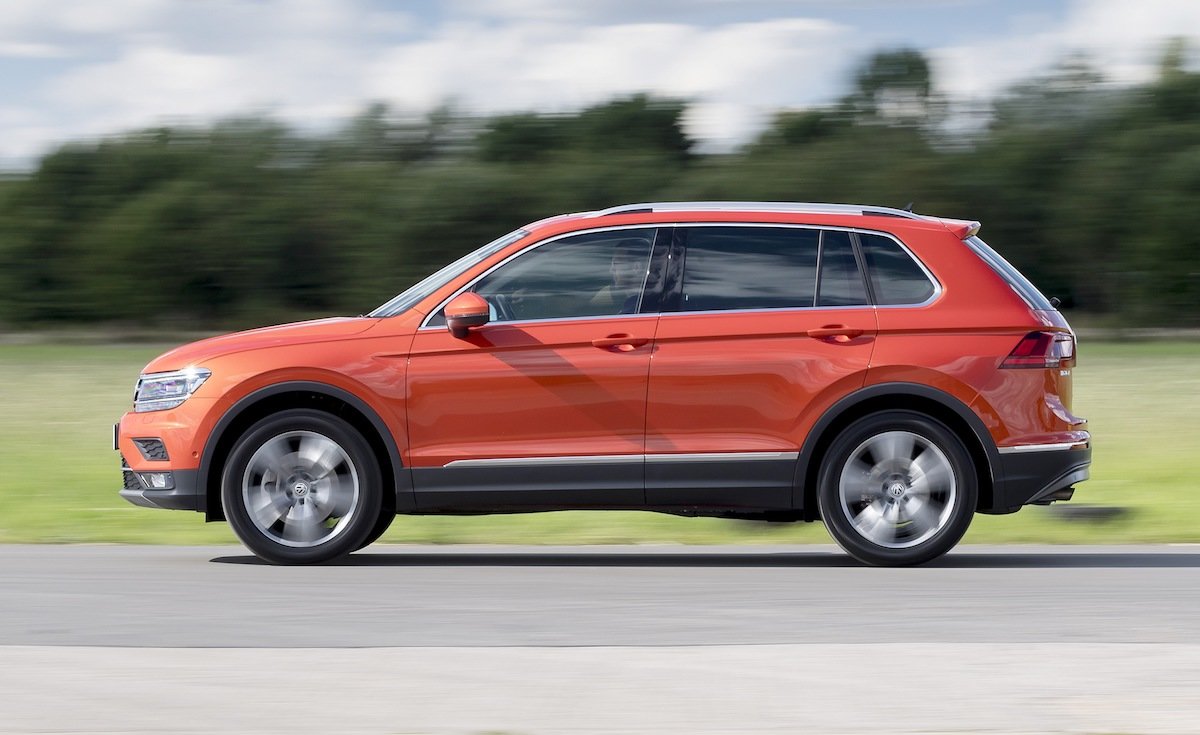 The Tiguan didn’t fare well in the Auto Express 2020 Driver Power survey, being ranked 51st overall. Over 20% of owners reported faults within the first year, with electrical issues particularly common. However, the 2019 What Car? Reliability Survey rated the Tiguan more highly, coming 7th out of 21 cars in the family SUV class. Certainly, the Mazda CX-5, Lexus NX, Honda CR-V and Toyota RAV4 all routinely do better in reliability tests.

The Tiguan scored well in 2016 Euro NCAP crash tests, and all models get autonomous emergency braking, lane-keep assist, seven airbags including a driver’s knee airbag and a space saver tyre. The standard warranty is three years and 60,000 miles, which can be extended, but you’ll get much longer warranties as standard on the Kia Sportage and Hyundai Tucson. 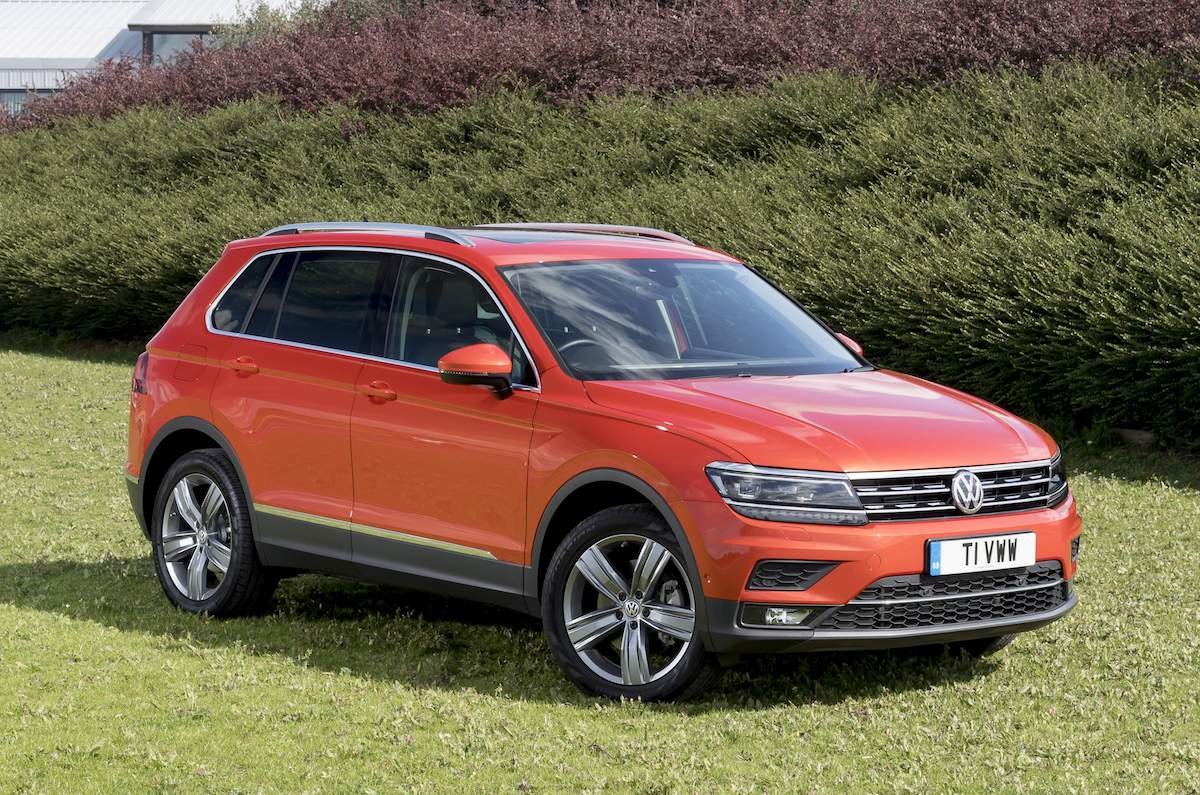 The Volkswagen Tiguan is a great family SUV, and it hits a very nice balance between classy and desirable, without the expense of the BMW X1 and Audi Q3, especially on monthly finance. It’s also impressively spacious and the 40/20/40 split and folding rear seats are great for juggling space between passengers and luggage, as well as for keeping arguments between the kids to a minimum. More than that, the cabin – while not as plush as that offered in premium rivals – is seriously comfortable and feels well put together.

Overall, it really is one of the most complete family SUVs you can buy and it’s not hard to see why it’s so popular. We would like to see better, more consistent reliability record, and we’d also encourage buyers to look to the Skoda Kodiaq or Seat Ateca for a very similar offering at a better price. But while there are cheaper alternatives, the VW Tiguan justifies pricing that splits the difference between the established premium SUVs and more budget brands.

Search for a Volkswagen Tiguan for sale on CarGurus.