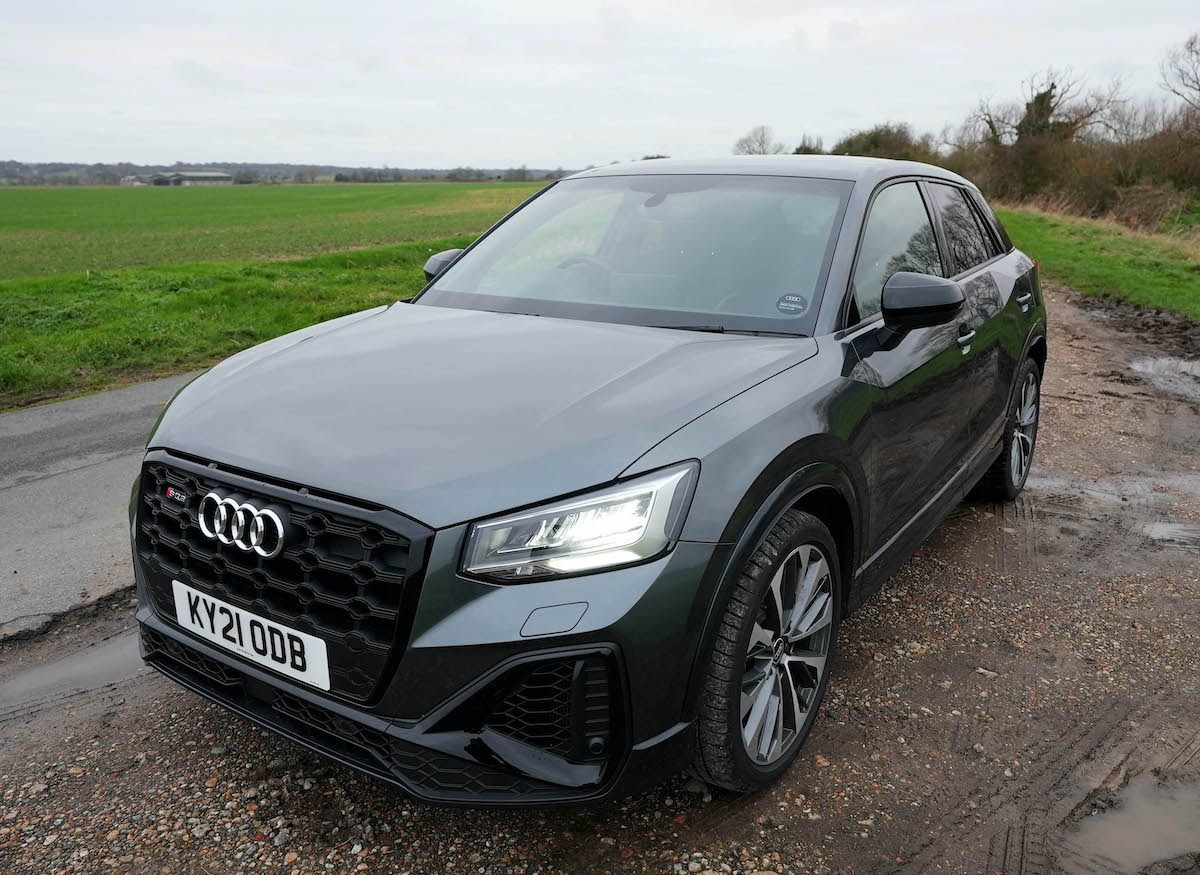 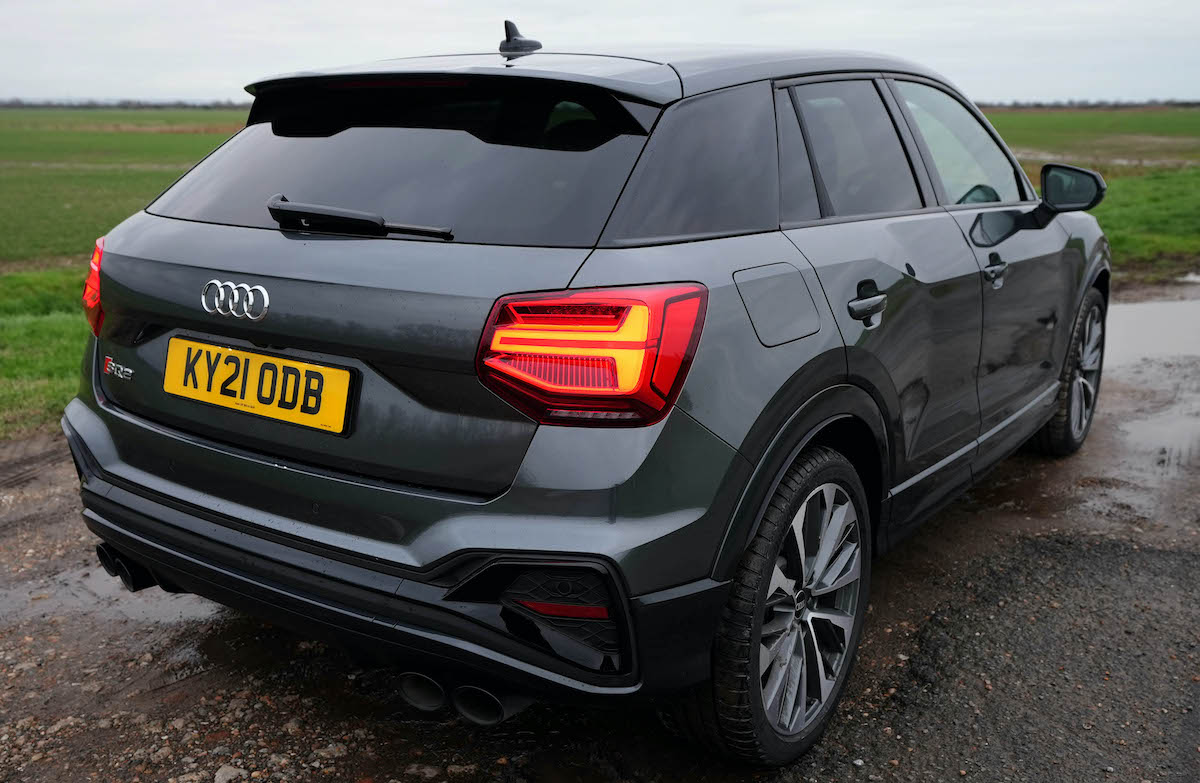 The Audi SQ2 is blisteringly quick, astonishingly grippy, and even surprisingly deft when you’re pressing on a bit. But like the standard Q2, it’s rather cramped in the back seats, and its small boot dents its practicality further. It’s also quite expensive, and while the firm ride is forgivable in the context of its excellent handling and performance, you might want to check that you can live with it first. 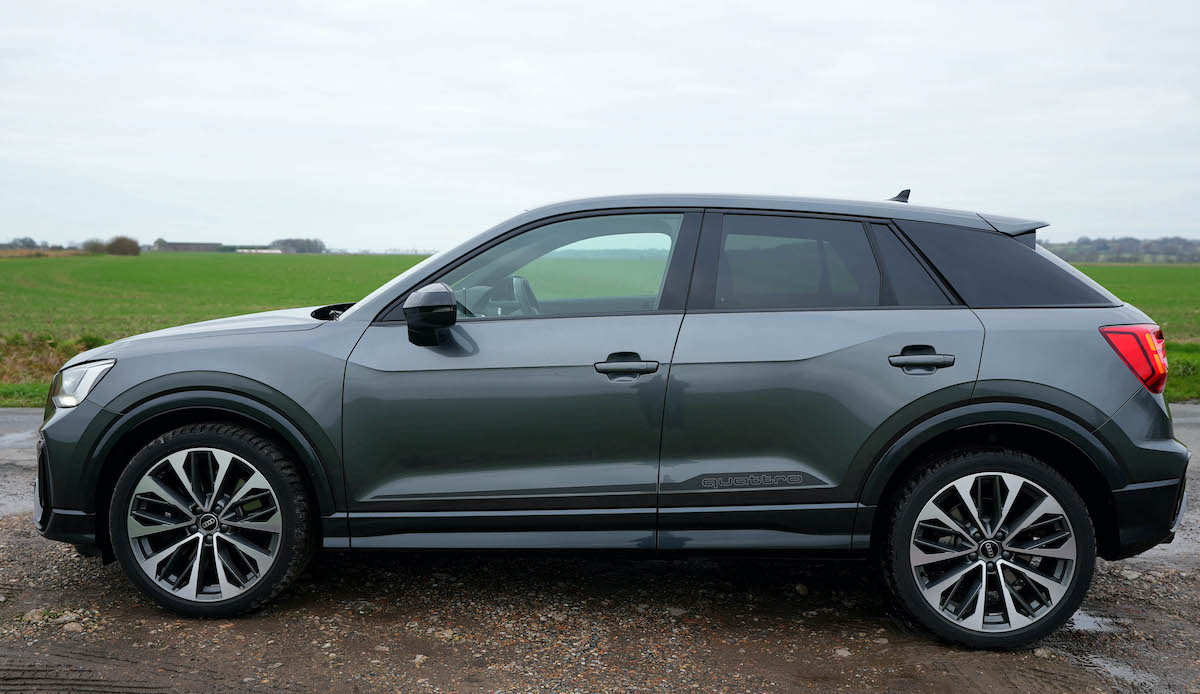 What is the Audi SQ2?

It’s a hot hatch, Jim, but not as we know it. That, really, is how you need to think of the Audi SQ2: not so much a fast crossover, which it is, but a hot hatchback that’s just a touch loftier than the norm.

That’s certainly how Audi would like you to think of it, and it’s how it’s pitched, too. Beneath the bonnet sits the same 2.0-litre turbo (or TFSI, in Audi parlance) and quattro all-wheel drive as you’ll find in the S3 (not to mention the Volkswagen Golf R), but of course, because the SQ2 is smaller and lighter, it promises to be more nimble, too.

Is it? Well, yes, actually; write the SQ2 off as just another blandly quick performance SUV at your peril, because it boasts some real talent.

Hot hatches are supposed to be practical, or else, why would you buy them over, say, a sports car? Trouble is, the SQ2… well, it’s not a disaster in this regard, but it could be a lot better.

The rear seats, for example, are pretty cramped, and the boot is smaller than its rivals’. There are no clever storage solutions, either, like the Ford Puma ST’s neat washable under-boot locker.

First off, there’s a huge amount of grip, which is par for the course with fast Audis. What you don’t always get with such things, however, is a communicative, responsive chassis. Happily, that’s not the case here, as the SQ2 feels well balanced and happy to respond to your inputs, both at the wheel and via the throttle.

It’s very, very fast, too; 0-62mph takes just 4.9 seconds, a figure none of its direct rivals can match, and the top speed is limited, as is par for the course with today's performance cars, to 155mph. You get four-wheel drive and a seven-speed, dual-clutch automatic gearbox, badged S Tronic, as standard.

This goes some way to justifying the SQ2’s rather high price – as does the fact that one of its rivals, the Mercedes-AMG GLA 35, is even more expensive. That said, this is still a pricey car, whether you’re buying outright or on finance; indeed, the fact that the Cupra Ateca will actually cost you less, despite being underpinned by the same basic components, shows just how costly the SQ2 is for what you’re getting. Oh, and because the Ateca’s a bigger car, it actually offers more space for that lower price.

Mediocre value isn’t the SQ2’s only flaw. The suspension definitely tends toward the firmer end of the firmness spectrum, not helped by the huge wheels with their paper-thin tyres. So expect to be joggled around on all but the smoothest roads.

It isn’t quite as bad as it sounds, though, because the SQ2’s body control is very good indeed, which means it doesn’t lurch or crash through bumps; instead, it feels aggressively purposeful. Which, to be fair, is probably how many hyper hot hatch buyers will likely want their cars to feel.

There are three versions of the SQ2. The standard car comes with a decent spec list (Apple Carplay, Android Auto, leather upholstery, sports seats and 'Virtual Cockpit' digital instrumention all come as standard) but you don’t get heated seats or adaptive cruise control, which is a bit mean, especially at this kind of money. You can then upgrade to the Black Edition, which, by and large, features a similar spec sheet, but as the name suggests, switches some of the silver trim pieces outside and in for gloss black. At the top of the range, however, sits the SQ2 Vorsprung. As with other Audi Vorsprung versions, this is more or less an SQ2 with all the options boxes ticked. As you might expect, though, it ramps the price up further still, making it a very costly way to buy a compact performance SUV. 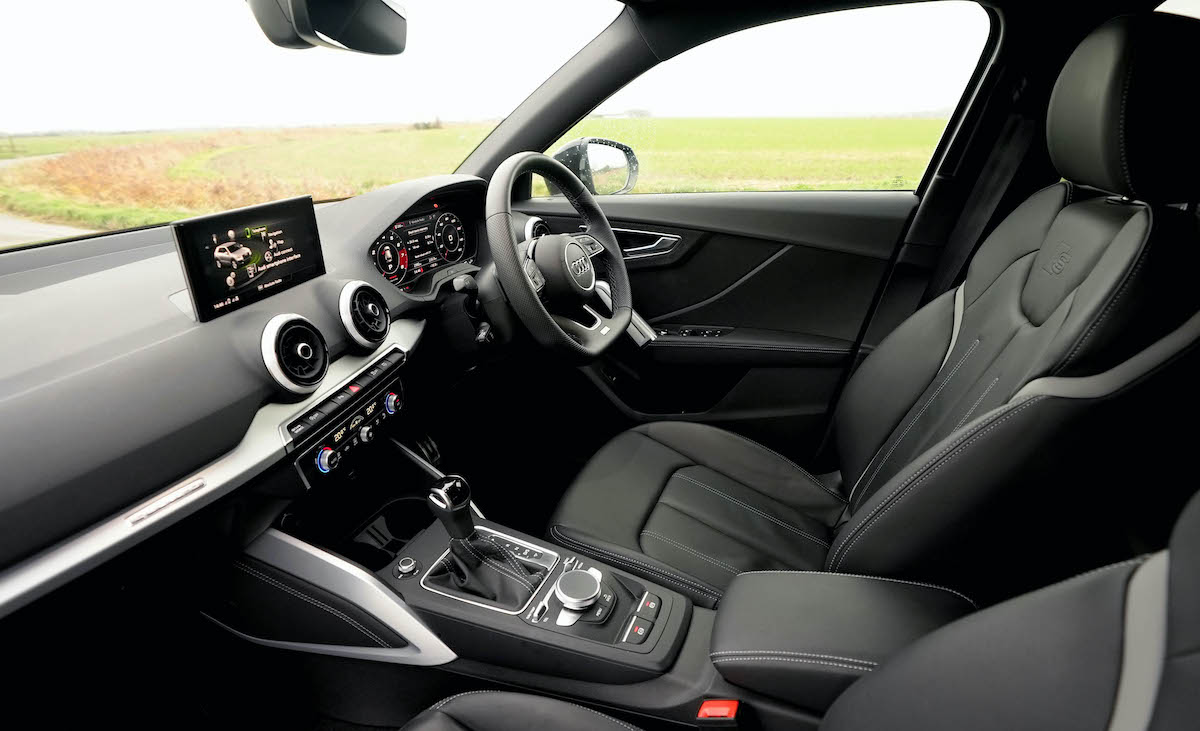 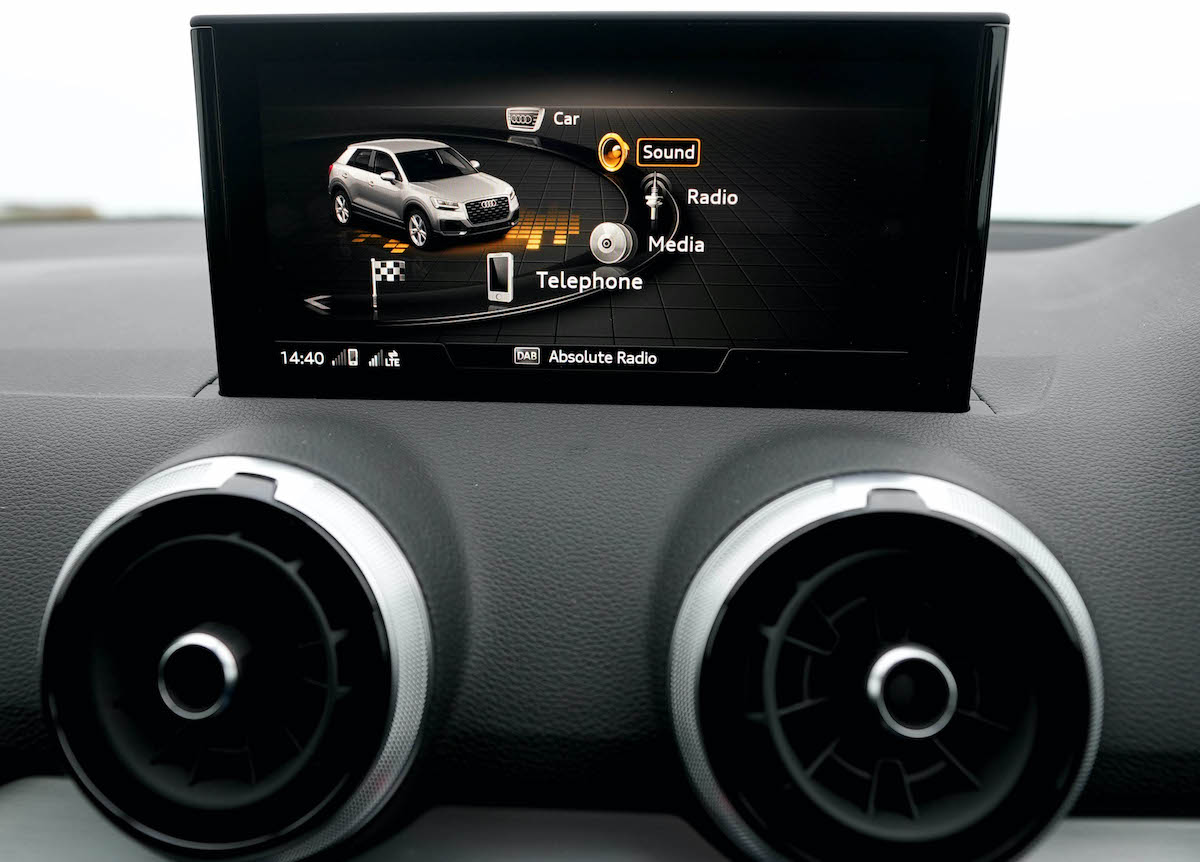 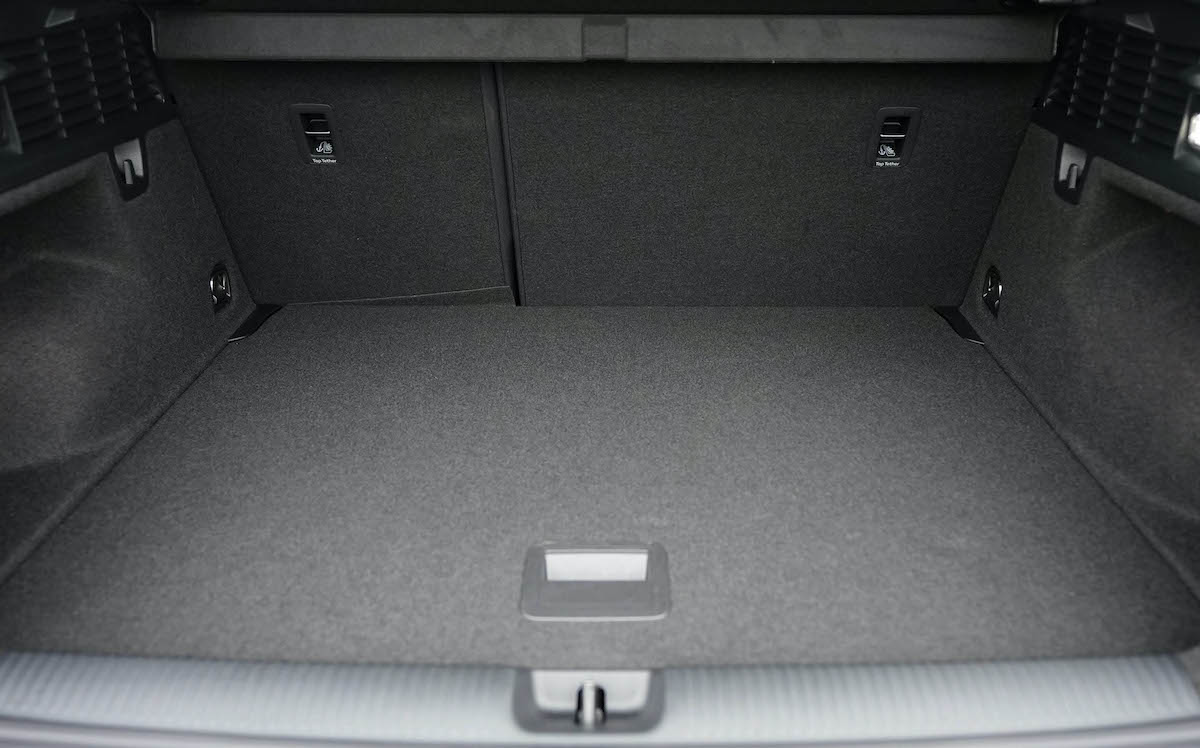 With all that power, not to mention the weight of a four-wheel drive system, it should come as no great surprise that the SQ2 is rather thirsty. You’ll be lucky to see more than 30 mpg on average in day-to-day driving; by contrast with its rivals (which are, admittedly, less potent, and tend not to come with four-wheel drive), that’s rather on the low side.

Given the SQ2 is a premium-badged car, it’s to be expected that servicing costs will be higher than those of its mainstream competition, and so it goes. Having said that, Audi’s main dealers are about on a par with those of MINI and cheaper than Mercedes in terms of cost.

Also worth noting is that Audi offers a menu pricing scheme, which means discounted servicing for older cars at a fixed price throughout the country, something neither Mini nor Mercedes offers. When an SQ2 gets to three years old, it’ll be covered by this scheme.

You might be worried about the cost of timing belt changes, but you need not fear; instead of a rubber belt, the SQ2 has a metal chain, which is intended to last the lifetime of the car, and therefore shouldn’t need to be changed at regular intervals, or indeed, unless something goes wrong with it. 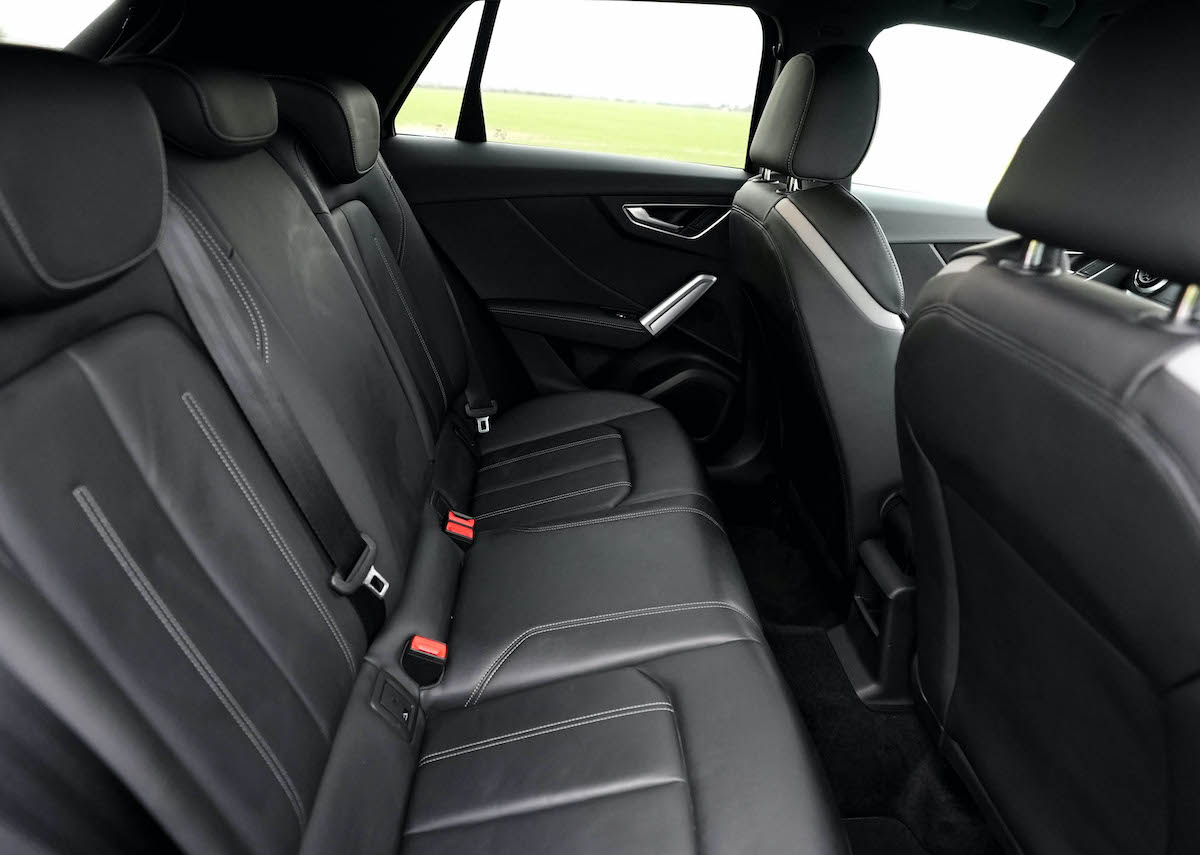 For example, Auto Express placed the Q2 53rd in its 2021 Driver Power survey, which is a decent result, if not an outstanding one, given the survey includes every new car on sale. Even better, in the What Car? Reliability Survey of the same year, the Q2 came an impressive 4th out of the 20 small SUVs included, with a solid score of 98.7 per cent.

However, Audi finished 23rd out of 29 manufacturers included in the Auto Express survey, and it also finished 18th out of 30 in the What Car? Reliability Survey, which is better but still below average.

What that suggests is that the Q2 should be reasonably reliable, if not quite at the top of its class on this front, though it should at least be better on average for reliability than most other Audis.

The SQ2 comes with the same three-year, 60,000-mile warranty you get on other Audi models (though the mileage cap only applies in the third year of the warranty). This is about on a par with its premium rivals, but less than the Kona N’s impressive five-year, 100,000-mile guarantee. 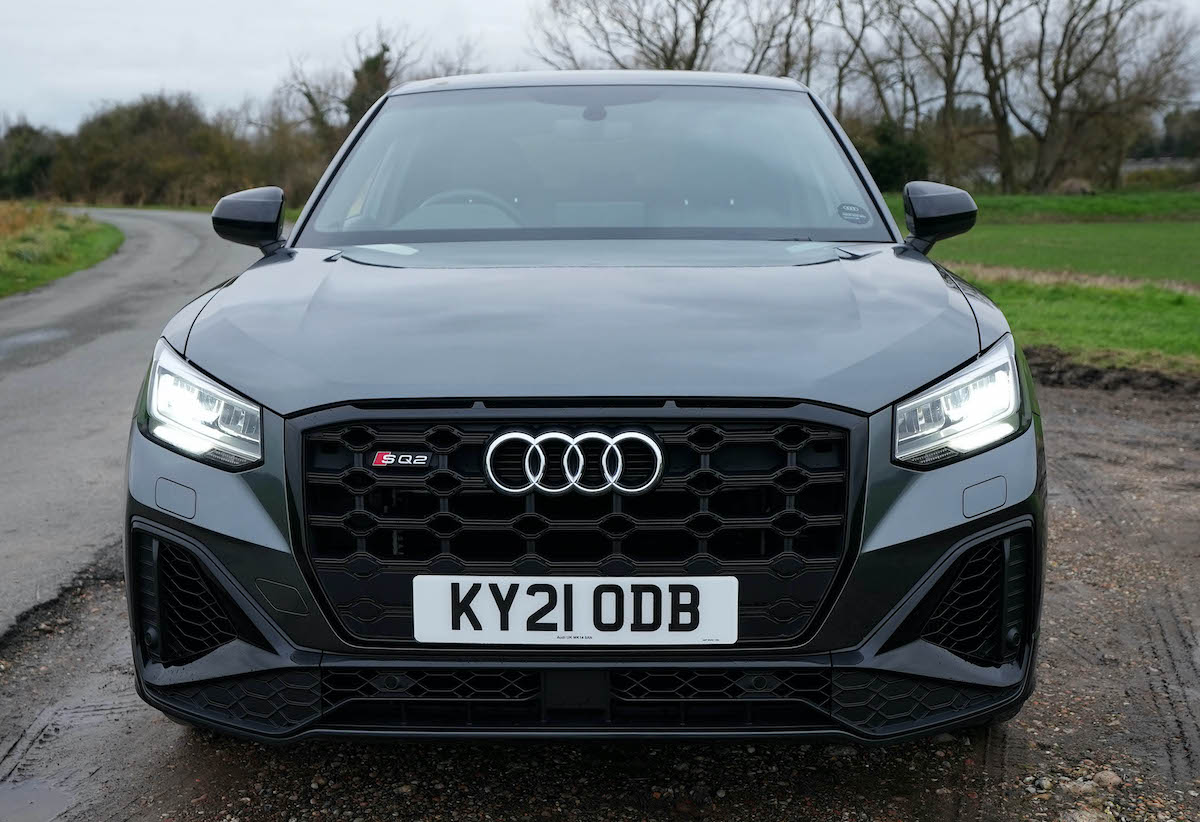 Owning an Audi SQ2 is not a straightforward proposition. For one thing, whether you’re leasing, financing or buying outright, it doesn’t come cheap, and once you’ve managed to get your hands on one, it’s also quite costly to run.

Then there’s the ride quality, which is about as it firm as it can get without being downright uncomfortable. Expect grimaces of complaint from any taller passengers that have to fold themselves into the cramped back seats, too.

But if you’re willing to put up with these downsides, the rewards are there. For one thing, the SQ2 is a true premium performance car, with build quality to match and an upmarket image.

It’s also tremendously fast. But more than that, it’s great fun; able to get down a twisting road at a pace few others can, and all the while involving you in the process. The SQ2 doesn't make your life easy, but it certainly makes it good fun.

Search for an Audi SQ2 for sale on CarGurus

GuruDGJ47 Hi how much price this car