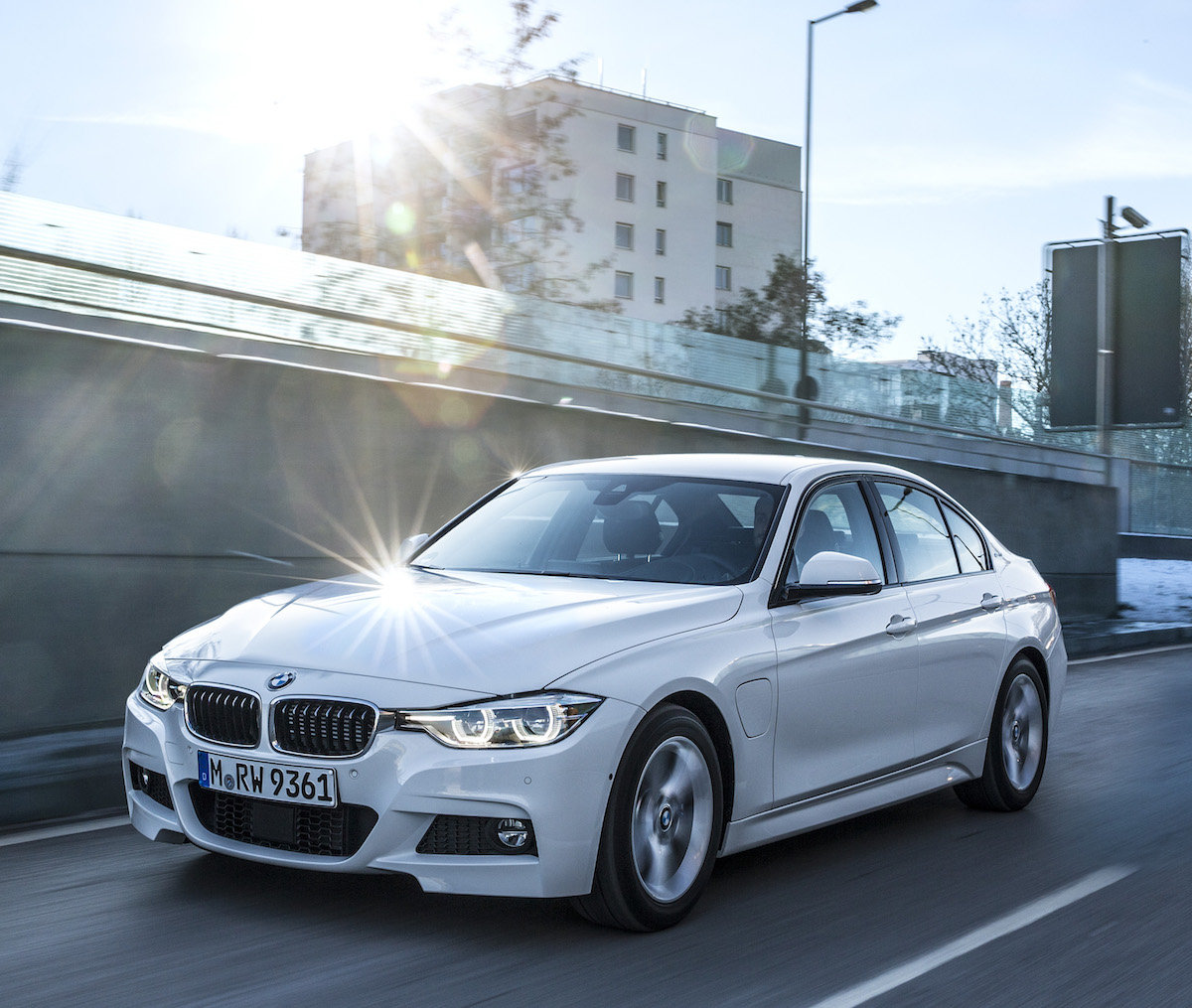 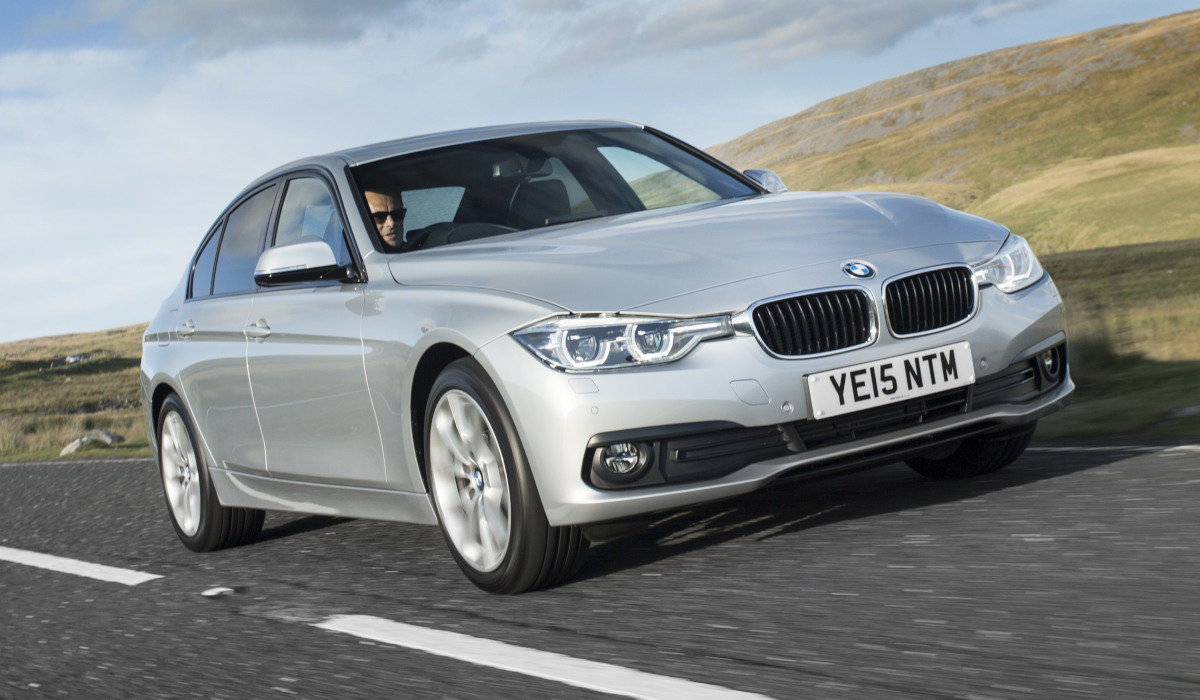 Ever since the first generation arrived on the scene in 1975, the BMW 3 Series has been the archetypal executive car, and the epitome of the classic sports saloon. And more than ever before, this sixth-generation model, also known by its official codename of F30, has been a huge hit with buyers, serving up a winning blend of talents that appeals equally to the head and the heart. 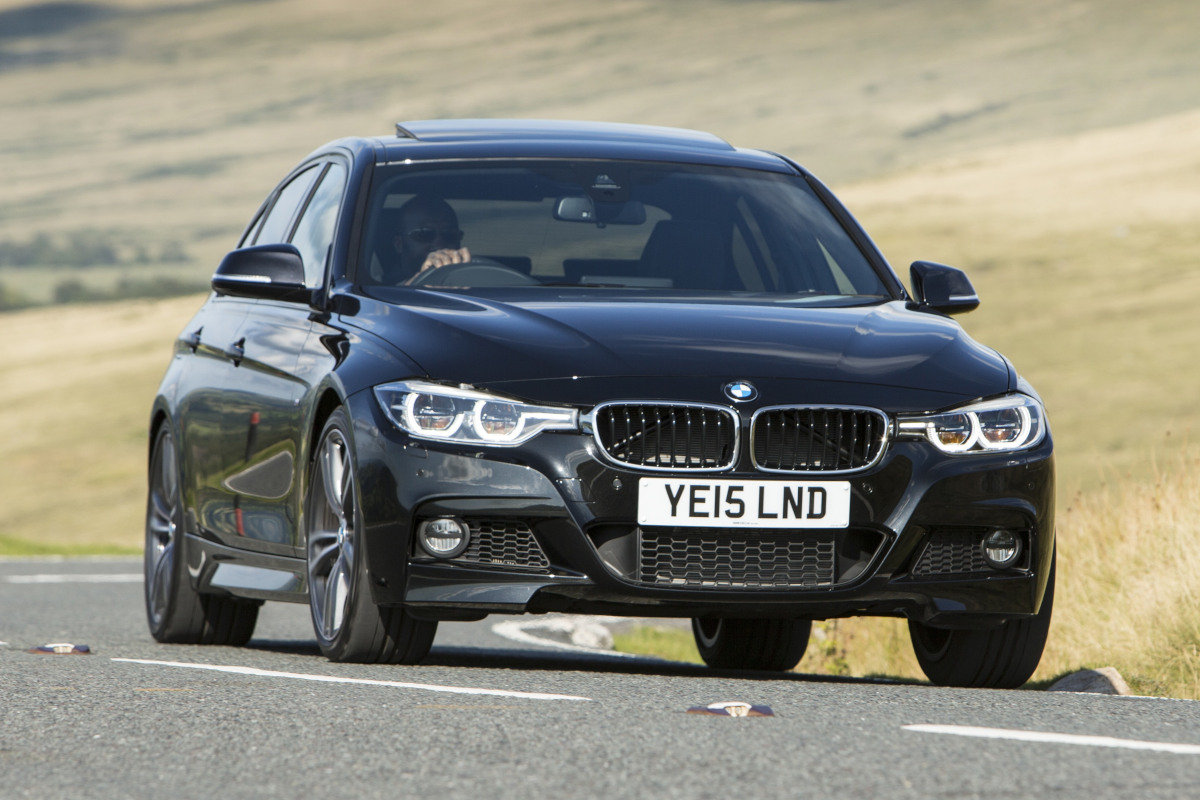 They say that imitation is the greatest form of flattery, and nowhere in the car market is that more evident than in the fiercely-contested compact executive saloon market. Many would argue that the BMW 3 Series is the daddy of them all, and ever since the first 3 Series turned up in 1975, other car makers have been rushing to replicate its success. Obviously, the other two members of the German ’big three’ are represented with the Audi A4 and Mercedes C-Class, but the 3er’s numerous prestige rivals also include cars such as the Alfa Romeo Giulia, Jaguar XE, Lexus IS, Volvo S60, not to mention dozens of more affordable rivals from more mainstream brands.

What makes the Beemer so successful? Well, arguably its tempting mix of lavish desirability and everyday practicality. Let’s deal with the latter first. It comes from the fact that the car has bags of space in both the front seats and the rear seats, with generous headroom and legroom all round, and the fact that the boot is big enough for pretty much any family’s clutter. And that’s if you go for the saloon version. Go for the Gran Turismo hatchback version or the Touring estate version, and you get even more, along with even better access (if you’re wondering what happened to the coupe and convertible versions of the 3 Series for this generation, these were spun off to form their own model line, the BMW 4 Series).

And the desirability? Well, that bit starts with the famous circular blue and white badge, and continues with the car’s sporty styling, complete with traditional BMW cues including the kidney grille and the Hofmeister kink.

The exemplary interior quality plays its part, too, because it helps make the car feel posh and sophisticated to sit in. The generous level of equipment and technology onboard also contributes, not least the brilliant infotainment system that uses the fabulous iDrive controller instead of the touchscreen approach favoured by other manufacturers (although it’s worth noting that Apple Carplay/Android Auto aren’t supported by the F30’s system).

Perhaps the most desirable bit of the F30, though, as with previous generations of the 3 series, is the fact that it’s known as the discerning driver’s choice in the class. That’s mainly down to the rear-wheel drive layout (although four-wheel drive versions were also available) and the suspension. The suspension differed according to which of the various trim levels you went for. The racy M Sport models are the most plentiful on the used market due to their initial popularity (the 320d M Sport is the most common variant of the lot), but these came with a stiffer sports suspension and bigger alloy wheels that actually made the 3 Series a little worse. The more forgiving setup fitted to the more humble versions, the SE 4dr for example, delivers a much comfier ride and is no less involving in the corners. It’s still worth noting, though, that the 3 Series is at its very best with the optional adaptive suspension fitted, but even without it, the 3 Series is still the class benchmark for dynamic excellence.

A range of fantastic powertrain options were available, with both petrol and diesel engines available in four-cylinder and six-cylinder formats, all of which provided a tempting mix of performance and economy. A couple of hybrid versions were offered, too. You can’t really go wrong with any of them, but by far the most common examples on the used market will be the 320d, with its fabulous four-cylinder diesel engine. Six-speed manual gearboxes were offered, as were eight-speed automatics.

The model range ran from the basic ES level right up to the lavish Luxury and racy M Sport trims, but our favourite was the fairly humble SE trim. Choosing it keeps purchase prices down but its still well equipped, with dual-zone climate control, automatic headlights and wipers, cruise control, rear parking sensors and audio controls on the steering wheel. 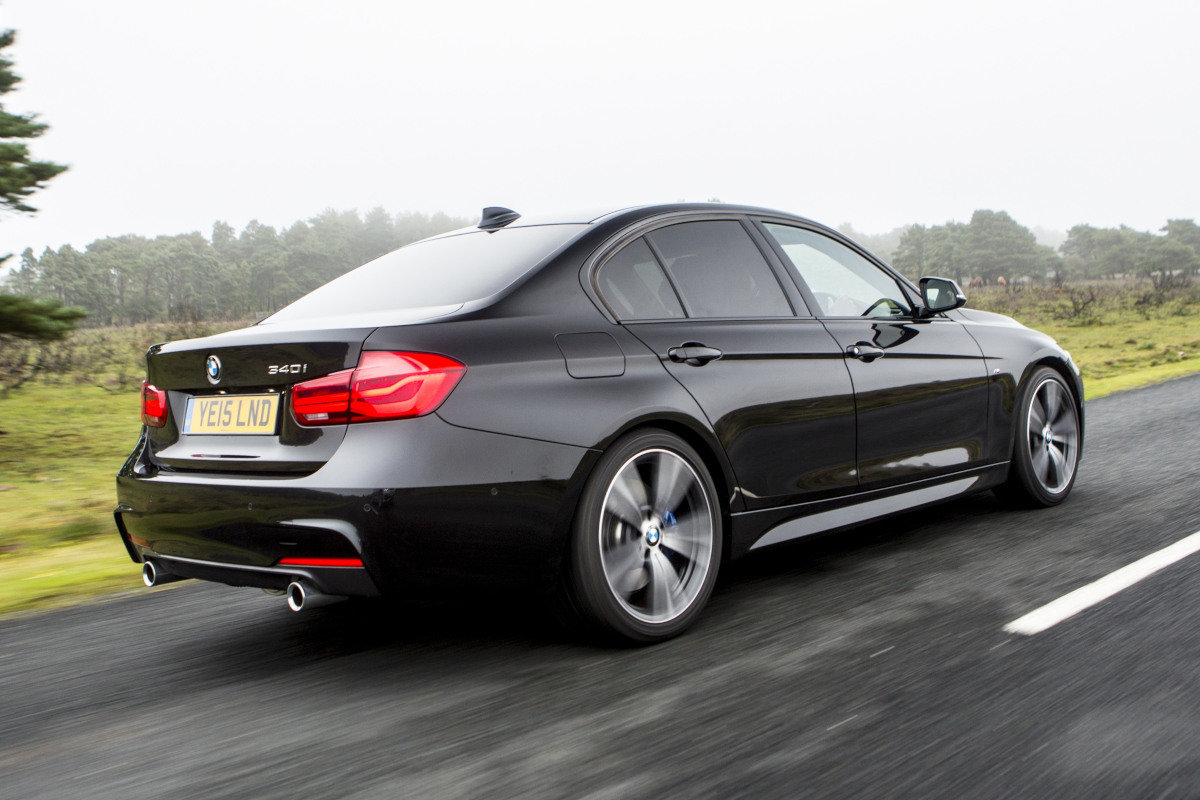 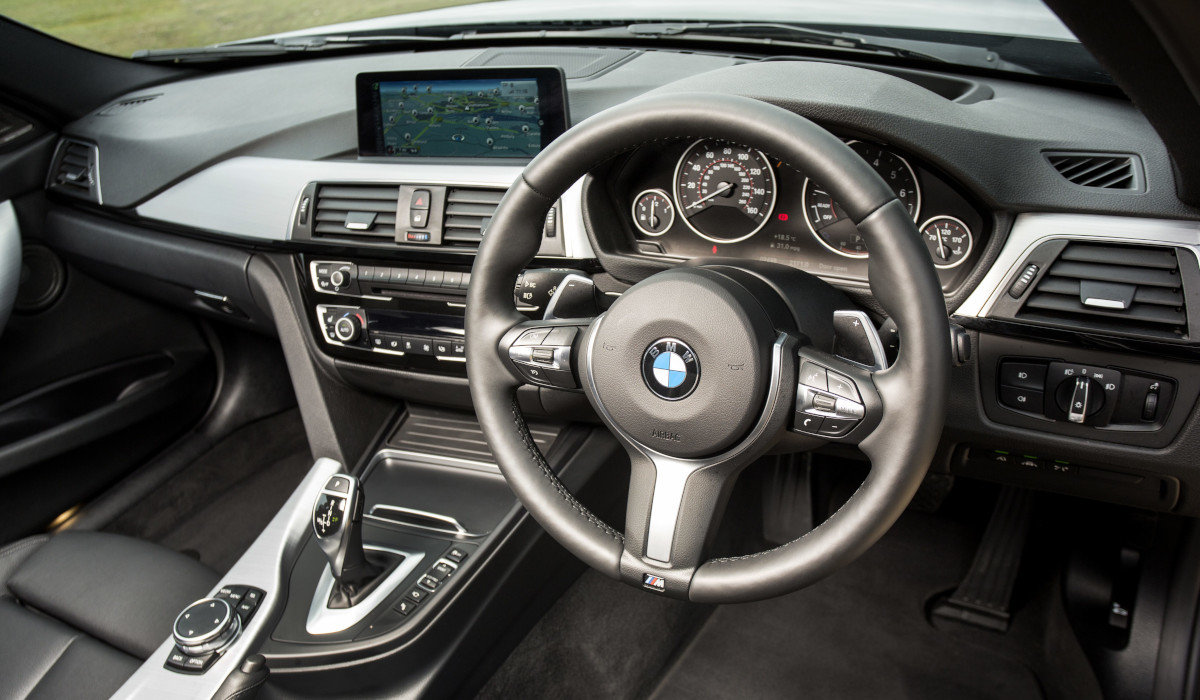 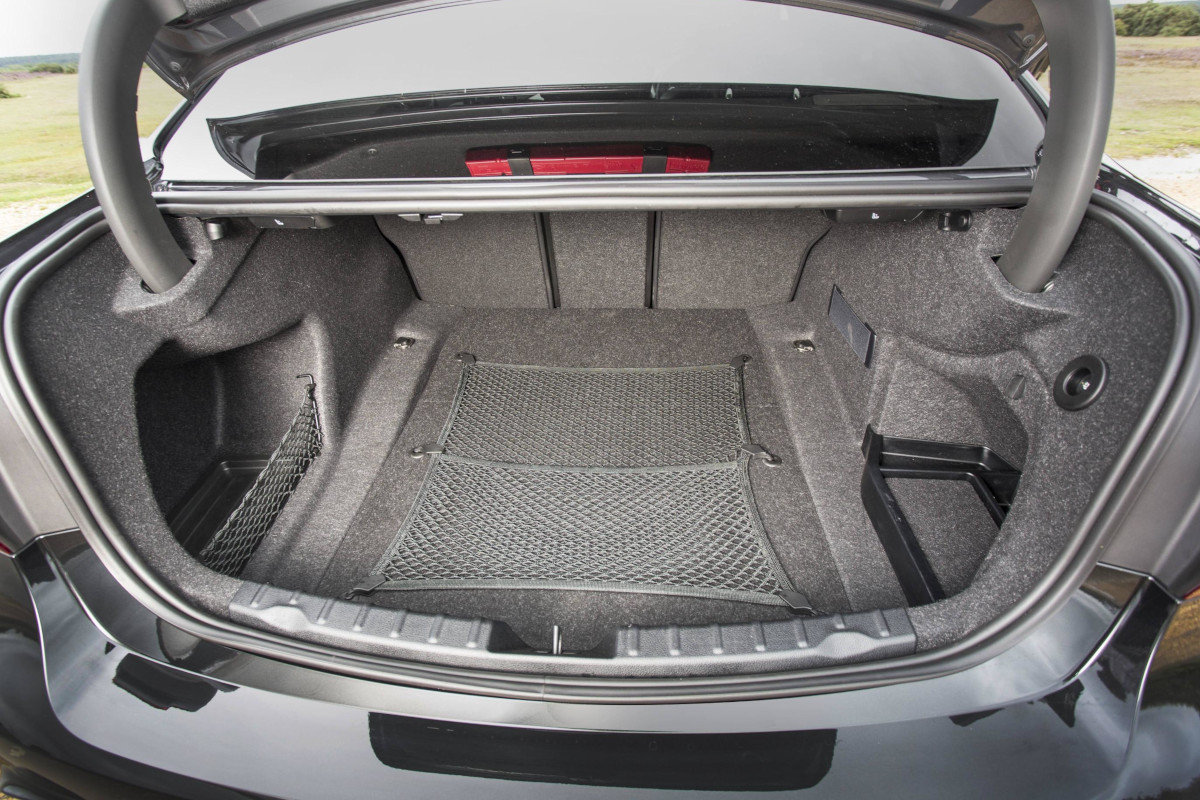 Officially, the most efficient version of the BMW F30 3 Series is the plug-in 330e, though in the real world, its fuel economy will be vastly inferior to its lab-tested 149mpg figure. Expect around 45mpg unless you charge it every 20-30 miles or so.

In reality, you’ll use the least fuel driving either a 316d or a 320d EfficientDynamics, the name given to a super-frugal variant of the 320d. Both of these models will achieve around 55-60mpg on the road, though neither the 318d nor the standard 320d will be fair behind.

Expect to see 40-45mpg on average from a petrol-powered 320i, meanwhile. And while the mpg of more potent models will drop off by comparison, no 3 Series is particularly thirsty when compared like-for-like with its rivals, even if you're considering the awe-inspiring BMW M3.

The 3 Series is rear-wheel drive as standard, but you can also buy all-wheel drive models, badged as xDrive. Remember, though, that these won't get such good fuel economy.

Remember that if you buy a 3 Series registered on or after 1 April 2017, you might pay slightly more or slightly less tax, depending on which model you’re going for. Cars registered before that date were taxed based on their CO2 emissions, which favours the less powerful petrol and diesel variants. After that date, you’ll pay a flat rate of £140/year, or £450/year until the car is five years old if it cost more than £40,000 when new.

The 3 Series operates on a servicing system called condition-based servicing, which means the car monitors the condition of its own oil, filter and other service parts and tells you when you need to service it. That means there are no fixed service schedules, though you can expect a car used for shorter trips to need servicing roughly every 10,000 miles, while cars driven mostly on motorways will go longer between services.

BMW service pricing is generally a little cheaper than that of rival premium brands, although unlike some manufacturers, it doesn’t offer a reduced-price service scheme for cars aged more than 3 years old. 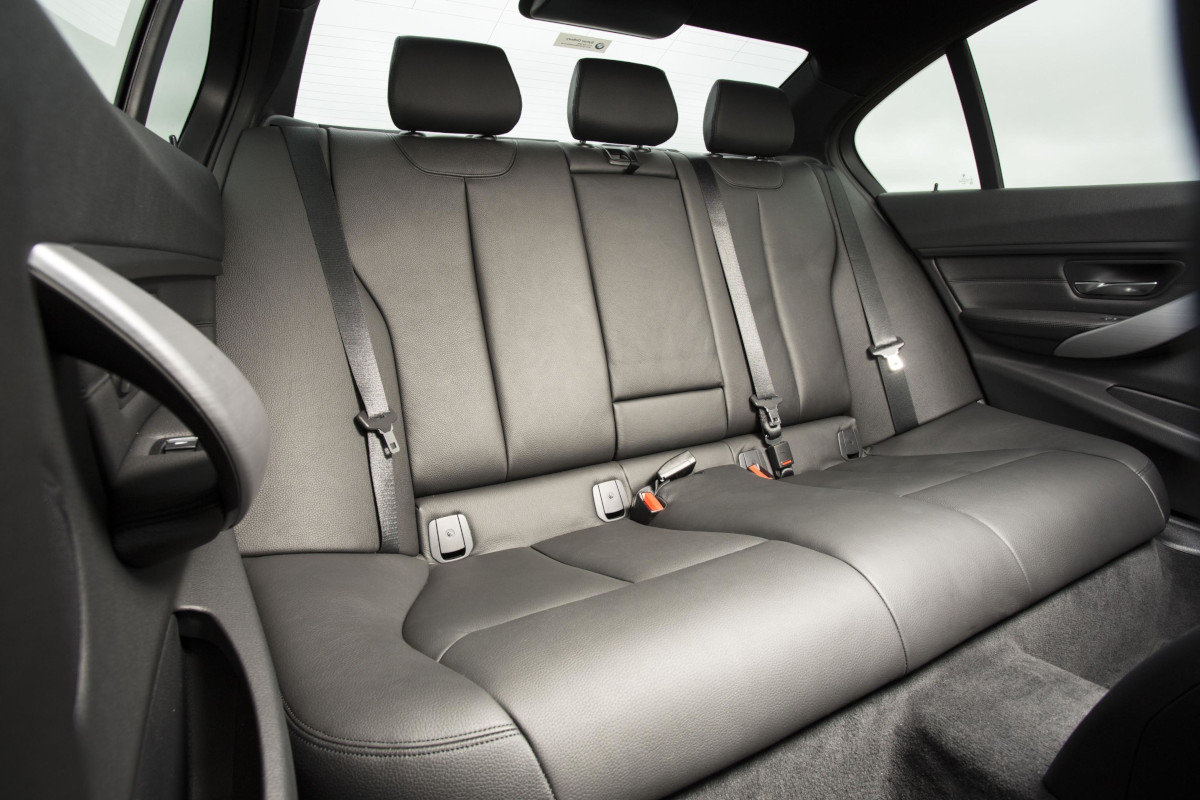 Certain engines fitted to early examples of this generation of 3 Series – notably the 2.0-litre petrol engine that went into the 320i and 328i – have seen a higher-than-usual rate of timing chain failure, a fault which usually results in a wrecked engine. Instances of this are pretty rare, so it shouldn’t put you off buying the car, but make sure you buy one that’s been serviced regularly, and run a mile from any 320i or 328i with even a slight metallic rattle or a whining noise emanating from its engine.

Be cautious when buying a plug-in hybrid 330e, as these models have suffered a spate of problems with the charge control unit (or KLE, in BMW parlance). Many have been replaced under warranty, so try to find a car that has already had the work done. Should yours need replacing outside of warranty, the job costs several thousand pounds.

Lots of 3 Series will have been bought and run as company cars or lease vehicles, and might not have had as much attention paid to their upkeep as you’d like. Look for signs a car has been neglected, such as mismatched tyres, worn interiors, and scuffed bumpers or wheels, and seek out instead cars that have been serviced on time, and feel like they’ve been treated with care.

On the whole, though, the 3 Series is a pretty reliable car, with some cars experiencing minor electrical niggles but, apart from that, relatively little to be worried about. 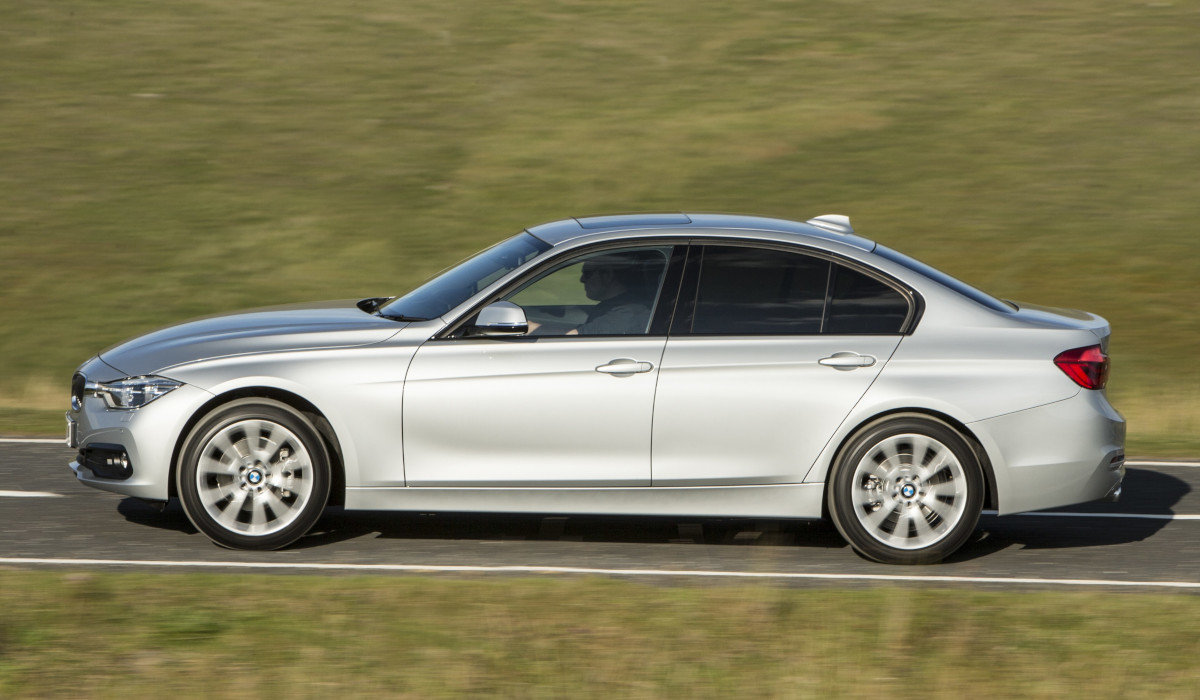 Whether you choose the suave looks of the saloon or the added practicality of the Touring, the 3 Series is one of the best used cars you can buy. Yes, it’ll cost you slightly more than a saloon or hatchback from a more mainstream brand, but the payoffs are manifold: excellent build quality, smart looks, decent equipment, and of course, an exciting driving experience.

You can pick an estate, opt for the excellent automatic gearbox, or bag an xDrive version with all-wheel drive, too, so there really is a 3 Series out there for every need.

There are plenty of used examples on the market to choose from, too, so finding a good one shouldn’t be too tricky. All in all, if you’re after a saloon or estate car that’s sharp to drive and has a premium feel the BMW 3 Series is a very canny way to spend your cash.

Search for a BMW 3 Series on CarGurus

GuruDMDYN mine is the 335d xdrive.and the first owner had it fully speced out

GuruDMDYN If your looking for good MPG this car has it.along with 313bhp