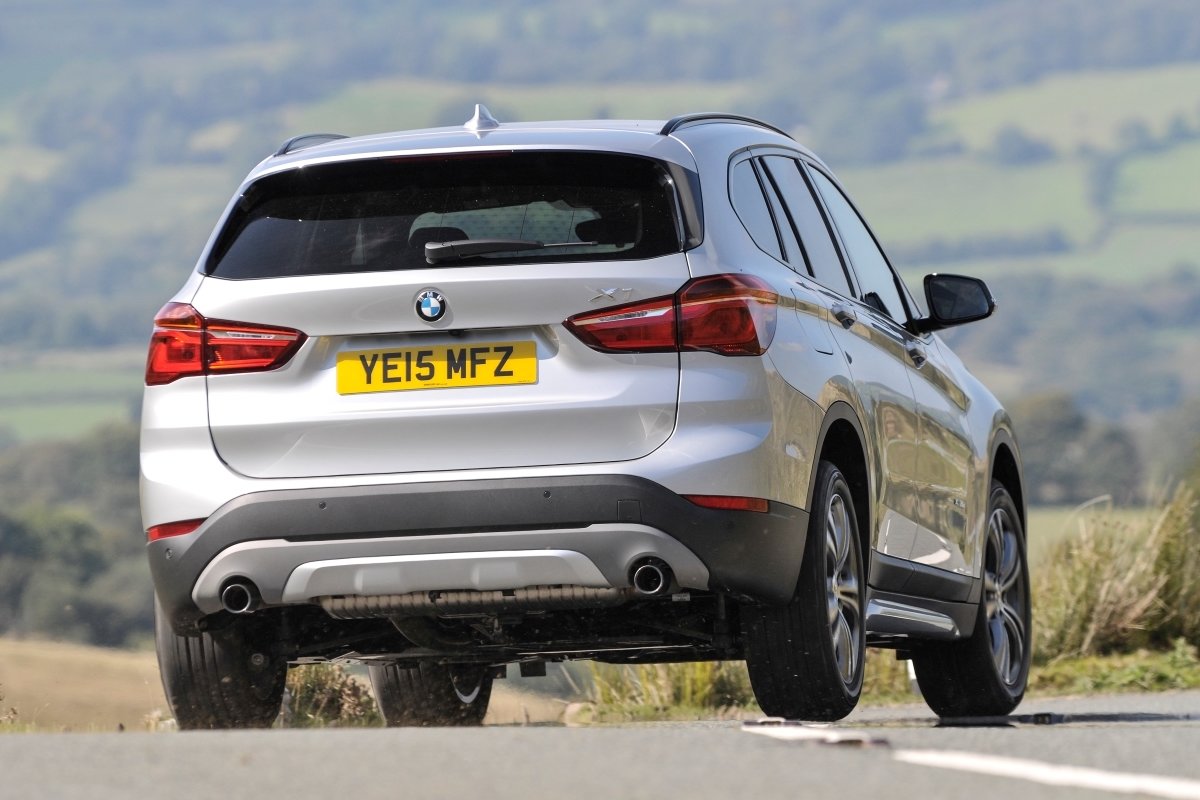 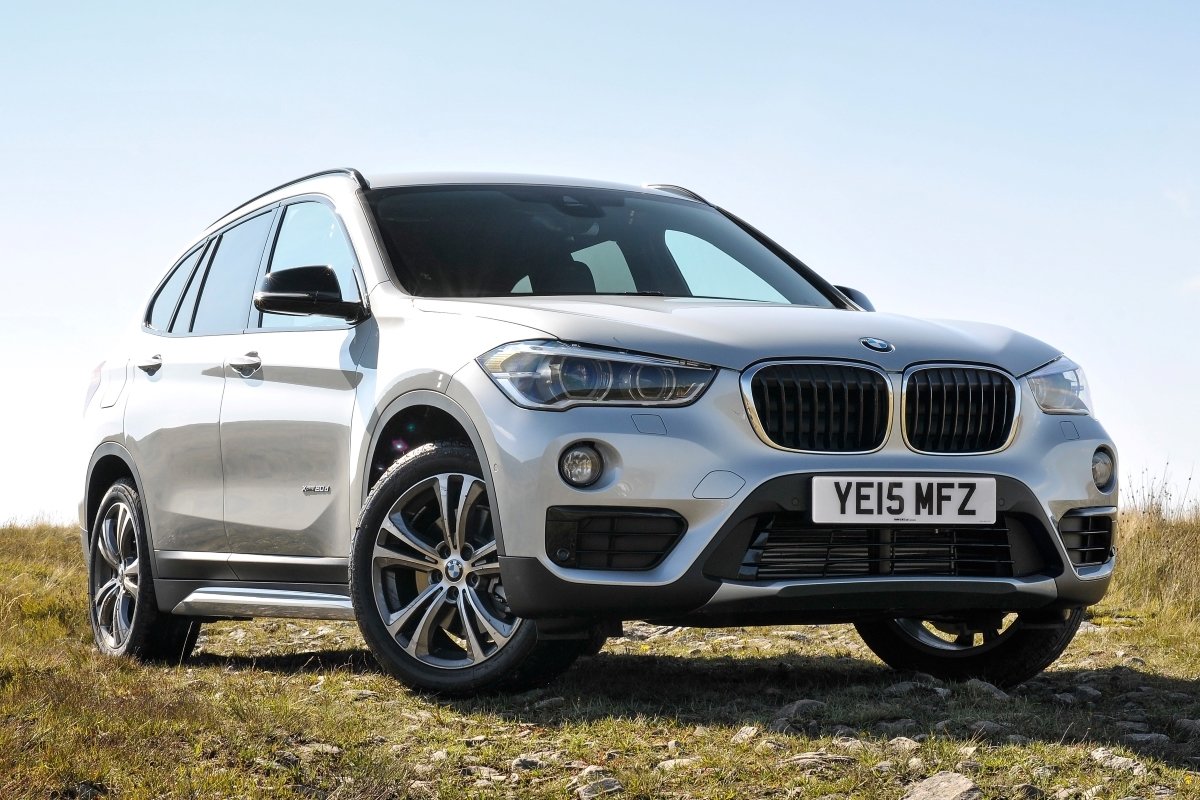 If you want a premium compact SUV with the handling of a sports saloon, you want the BMW X1. The second generation X1 is one of the most rewarding cars in its class. Buyers have the choice of front-wheel drive and four-wheel drive, and there are petrol, diesel and hybrid powertrains. Although it's the smallest member of the BMW X line-up, the X1 is roomy enough to make a practical family car. 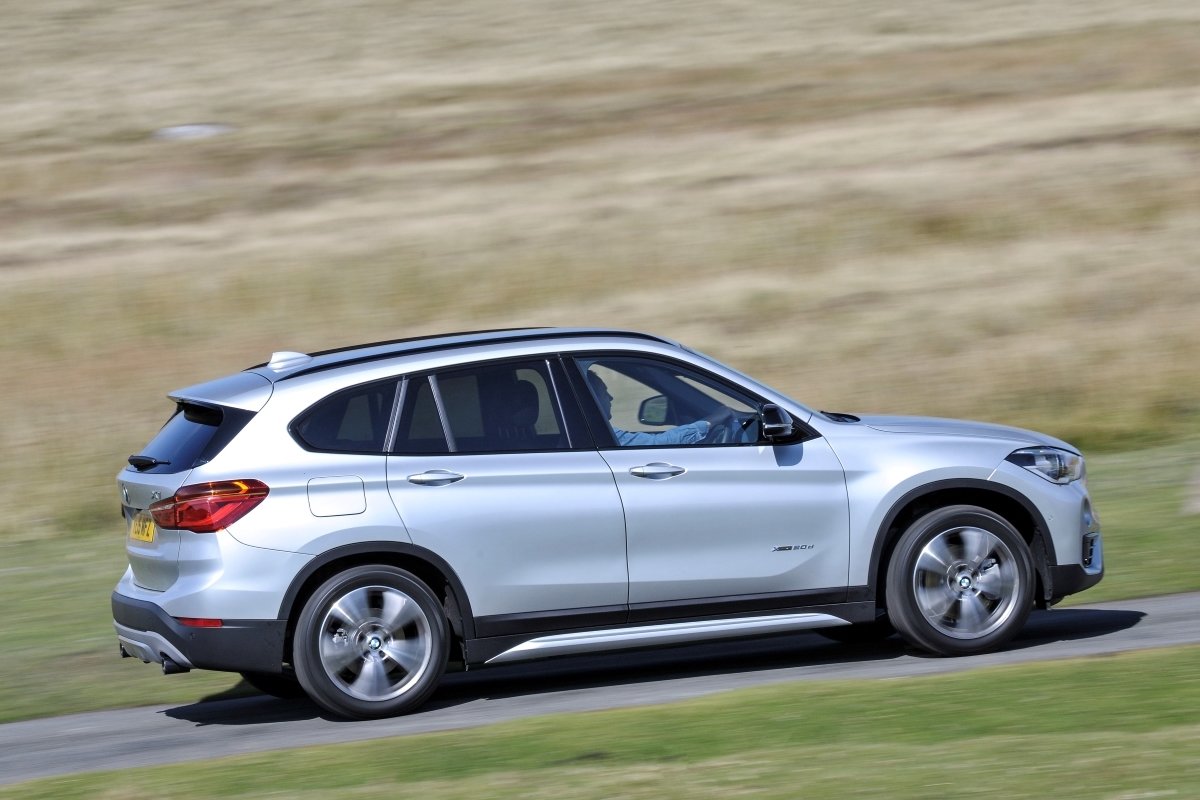 The second-generation BMW X1 replaced the first-gen car in 2015. The new X1, known by the F48 codename, was a huge improvement over the first model, with better handling, more cabin space, and less awkward styling.

Breaking with BMW tradition, there are no rear-wheel-drive X1 models. For lower running costs and greater efficiency, buyers can choose the sDrive front-wheel-drive cars. Those looking for the all-weather capability that four-wheel drive brings can choose one of the xDrive 4x4 versions.

From launch, the X1 was offered with one petrol and three diesel engines. The 20i was the sole choice for petrol drivers, with a healthy 189bhp and a 0-62mph time of 7.4 seconds. The engine was initially matched to an automatic transmission with xDrive four-wheel drive, although buyers could later choose front-wheel-drive versions as well.

The diesel range started with the 18d, available with a choice of six-speed manual or eight-speed Steptronic automatic gearboxes, and front- or four-wheel drive. With 148bhp, this is the slowest of the original engine options, although it can still reach 62mph in 9.2 seconds.

If that's a little too pedestrian, how about the 189bhp 20d? Always a 4x4, but with a choice of manual or auto gearboxes, this 2.0-litre engine drops the 0-62mph time to 7.6 seconds. If you want to exploit the X1's agility and balanced handling, the 20d is a better bet than the 18d.

For even more overtaking punch, there's the 228bhp xDrive 25d. With a 0-62mph time of 6.6 seconds, it's comfortably the fastest of the original launch models, although it's no longer available if you are thinking of buying a brand new BMW X1.

A couple of different engines have been added to the range more recently. The sDrive 18i uses a three-cylinder 1.5-litre petrol engine with an output of 138bhp. It's lively and responsive, and feels quicker than the 0-62mph time of 9.7 seconds suggests.

The other recent addition sits at the opposite end of the range. The xDrive 25e plug-in hybrid was launched in 2020, with an electric-only range of up to 32 miles. With a reasonable electric range and rock-bottom emissions, it's the model to choose if you are a company car driver looking for low tax bills.

Quiet and smooth, the hybrid seamlessly blends electric and petrol power. And despite the extra weight of the batteries and motor, the xDrive 25e still corners with precision and poise. It's a worthy rival for the likes of the Volvo XC40 Recharge.

The fuel tank capacity and boot size are reduced if you opt for the hybrid. Other X1 models have 505 litres for bags, whereas the plug-in hybrid model has 450 litres. That's still a healthy figure, so there's still more than enough boot space for a weekly shop.

There's plenty of room for passengers, too, with a lot more head- and legroom in the back than in the original X1. More importantly, there's more space than you'd find in the Audi Q3. Some cars are fitted with the optional sliding rear seats, which allows BMW owners to juggle passenger space and luggage room for added practicality.

Up front, the dashboard is dominated by the infotainment system, which can be controlled by touch, or by using the brilliant iDrive rotary controller. The driver and front-seat passenger sit closer to the floor than in some SUVs, but there's enough steering wheel and seat adjustment for drivers of most shapes and sizes to find a comfortable driving position.

What's not so comfortable is the ride, which is very firm. That's especially true of cars with M Sport suspension. The optional adaptive suspension helps, but it doesn't completely cure the problem. There's also a lot of road noise at speed. So although the X1 is enjoyable to drive, it's not as quiet or as smooth-riding as an Audi Q3. 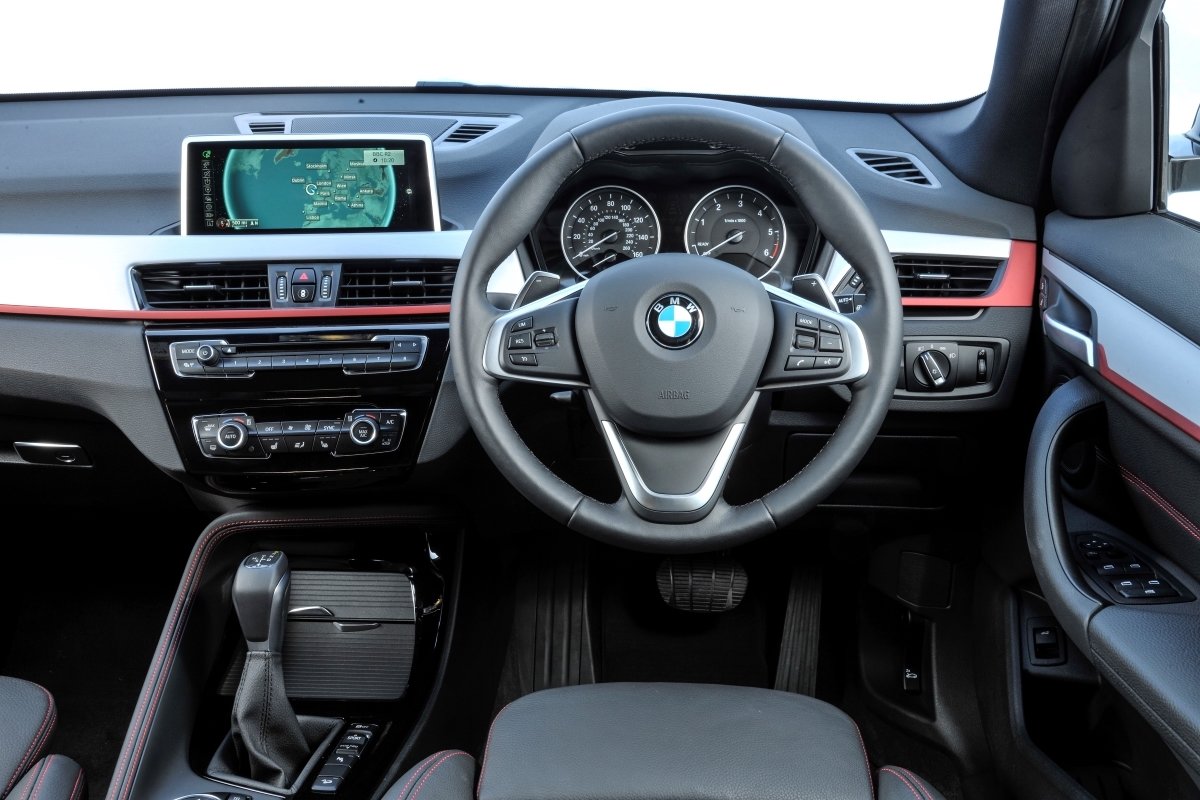 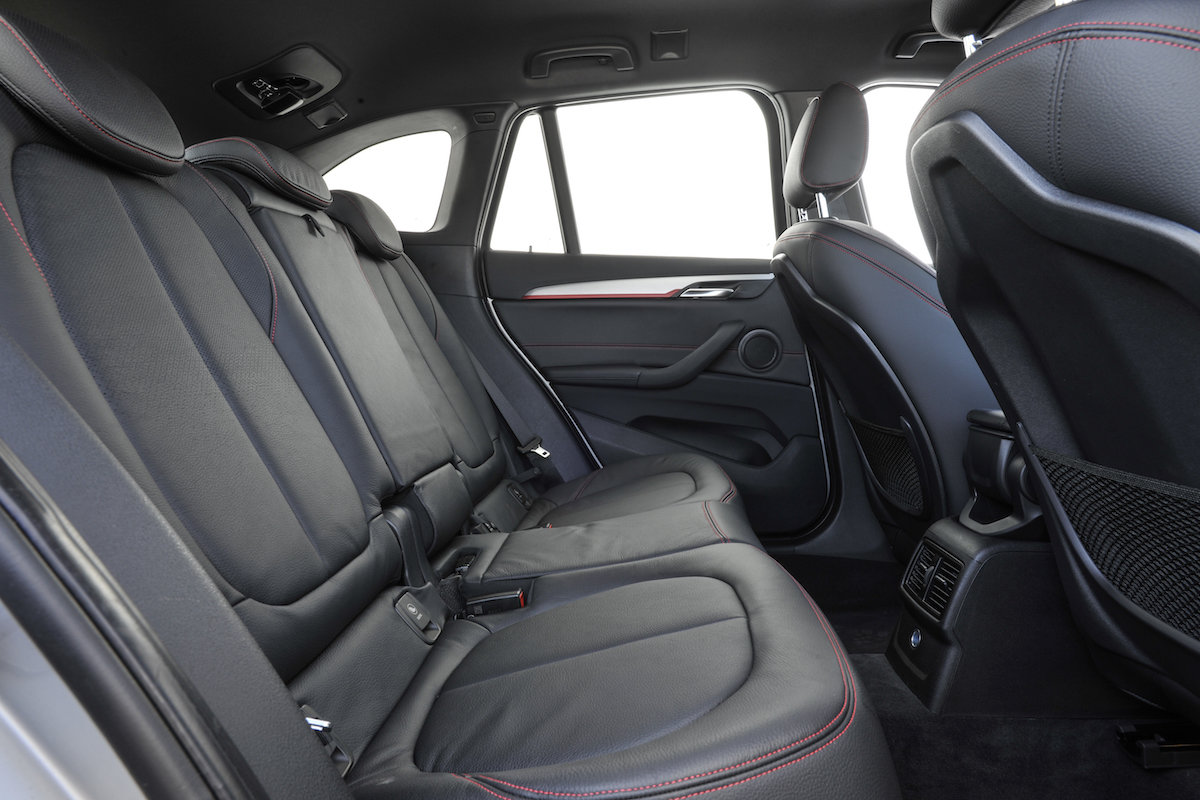 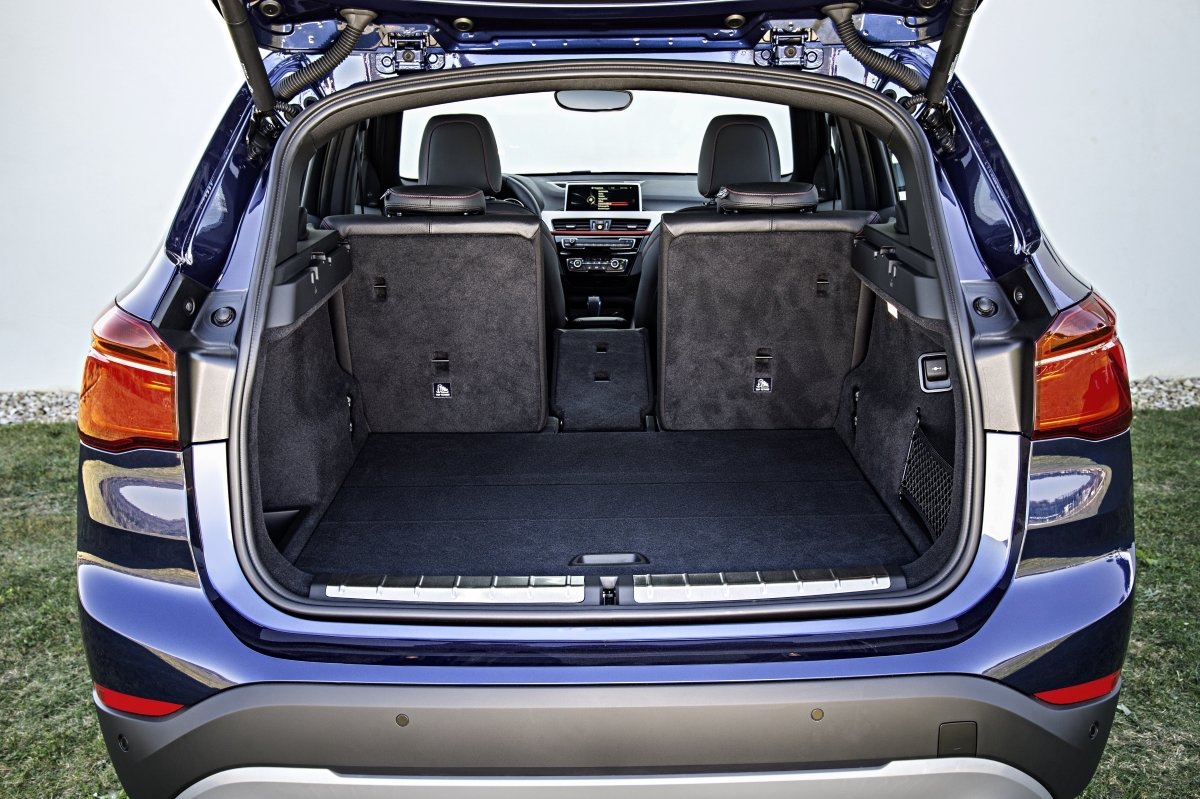 As we've already touched upon, for company car drivers seeking low tax bills the xDrive 25e is the clear favourite. The official combined economy figure is 148.7-166.2mpg, but as with any plug-in hybrid, the real-world mpg you actually get will depend on how often the car is recharged. Stick to short journeys, and recharge at home or at work, and you could go long periods without using any fuel at all.

For private buyers, especially for someone without the space to install a charging point at home, the case for the 25e is less clear-cut. It's more expensive to buy than the rest of the X1 range, and the real-world running cost savings won't materialise if the batteries aren't topped up regularly.

Other than the hybrid, diesels have the best fuel economy. As you'd expect, the sDrive front-wheel-drive models stretch a gallon that bit further than the 4x4 versions. The sDrive 18d has an official combined figure of 53.3-55.4mpg for the manual, dropping to 50.4-52.3mpg for the automatic. These are based on the more realistic WLTP tests rather than the old NEDC protocol, so true economy won't be a million miles away. Close to 50mpg should be achievable.

Opting for the xDrive 4x4 model will knock off around 4mpg, so if you can live without the traction benefits of four-wheel drive, fuel bills will certainly be lower with an X1 sDrive.

The petrol model with the best combined economy is the sDrive 18i. This returns 41.5-42.8mpg according to the official tests – think 37-40mpg in reality. The more powerful 20i will be in the mid-30s.

Insurance groups range from 22 for the entry-level petrol to 30 for high-spec petrol, diesel and hybrid models. That compares well with the group 24-36 ratings for the Audi Q3 range.

Annual car tax bills vary from £215 to £540 for petrol and diesel models registered since April 2020. The plug-in hybrid has low enough emissions to avoid any yearly Vehicle Excise Duty bill.

BMW offers servicing plans which spread the cost of routine servicing and maintenance over a series of monthly payments. At the time of writing (2020) a BMW service plan costs X1 owners £20 per month.

For cars over three years old, there's BMW Value Service. Genuine BMW parts are used, but servicing at an independent specialist is still likely to work out cheaper. 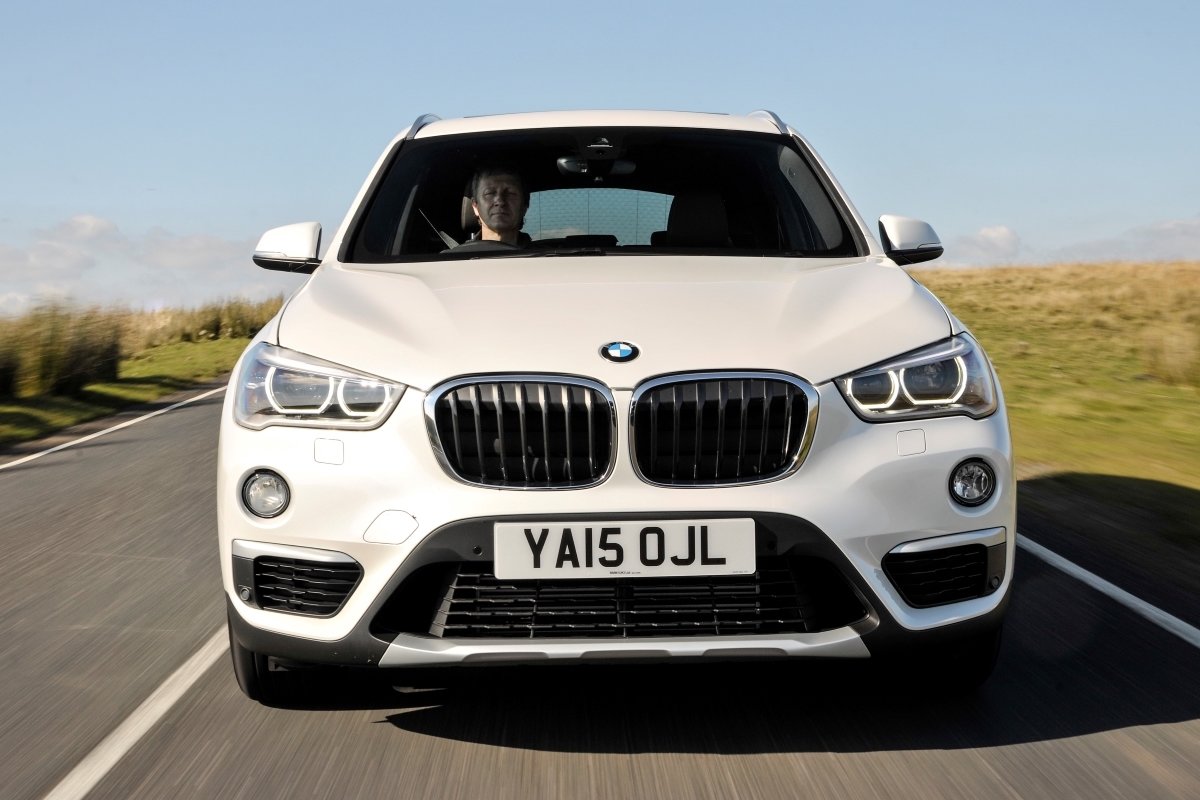 BMW has a mixed record in reliability and owner satisfaction surveys, but the X1 does better than most models. Petrol-powered versions of the X1 in particular are largely robust and trouble-free, although the diesels aren't far behind.

As with many diesel cars, the diesel particulate filter (DPF) in the X1 can be troublesome. The filter may become clogged if the car is mostly used for short journeys, as the DPF doesn't reach a high enough temperature for a cleansing regeneration to occur. This won't be a problem if an X1 diesel is routinely used on A-roads and motorways, though.

It's a little early to judge the reliability of the xDrive 25e hybrid. But in addition to the car's three-year, unlimited-mileage warranty, the high-voltage battery is covered for six years or up to 60,000 miles, whichever comes first.

The second-generation X1 has been subject to a number of recalls, including one for faulty steering gear. On cars made between 5 August 2016 and 8 April 2018, a missing part in the tie rod can allow excessive wear, and potentially a loss of steering control. Any affected car should have been fixed by now.

To check if an X1 you are thinking of buying needs this or any other recall work carried out, go to the recall checker on the gov.uk website. 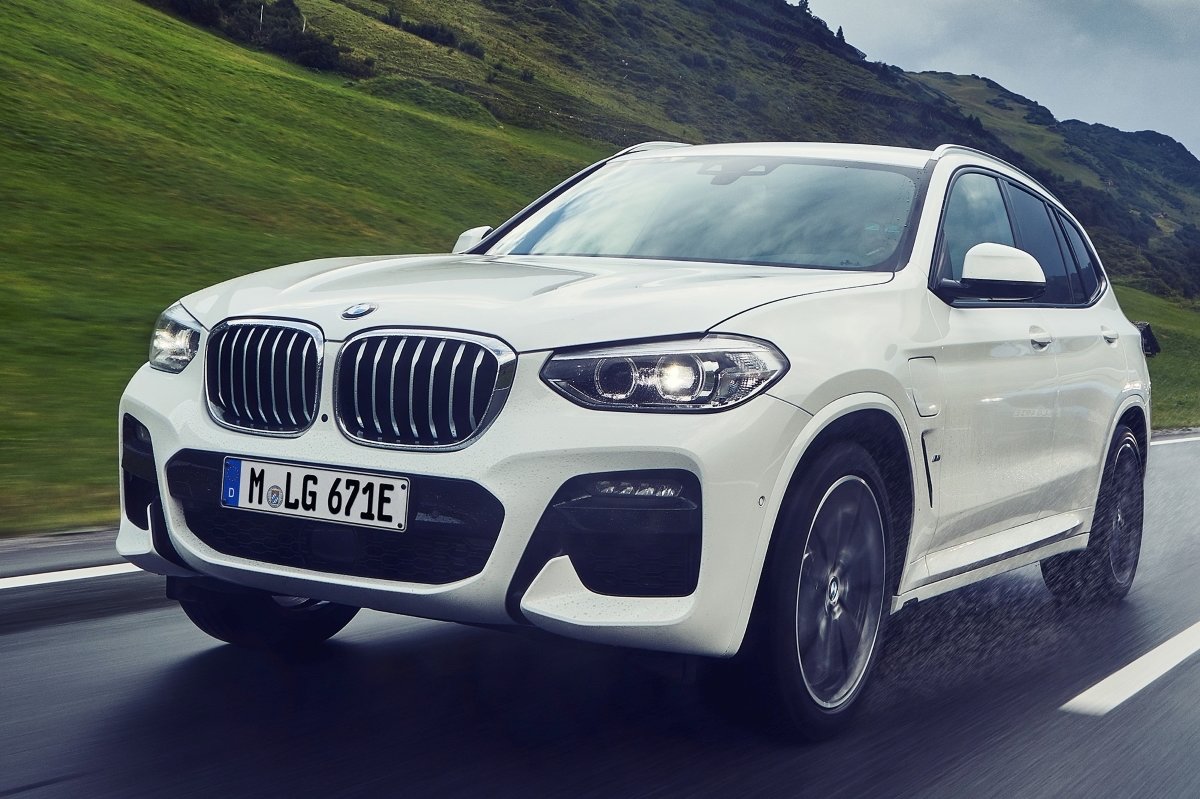 If you want quiet and refinement, the Audi Q3 has the edge over the X1. And if you want design flair inside and out, you may well prefer the Volvo XC40.

However, if driver appeal is what matters most, then the X1 is the small prestige SUV for you. Precise steering and agile handling make the BMW X1 more fun than just about any rival. Even the entry-level petrol and diesel versions are enjoyable. The more powerful engine variants – and the plug-in hybrid – have the performance to make the most of the car's handling, meanwhile.

Although the X1 is BMW's smallest SUV, it's a surprisingly roomy car. There's enough space for adults to be comfortable in the back, and more room for luggage than you'd find in a Mercedes GLA.

The firm ride and excessive road noise are the X1's biggest downsides. Otherwise it makes a good buy, whether you intend to shop new or used.

Search for a BMW X1 on CarGurus