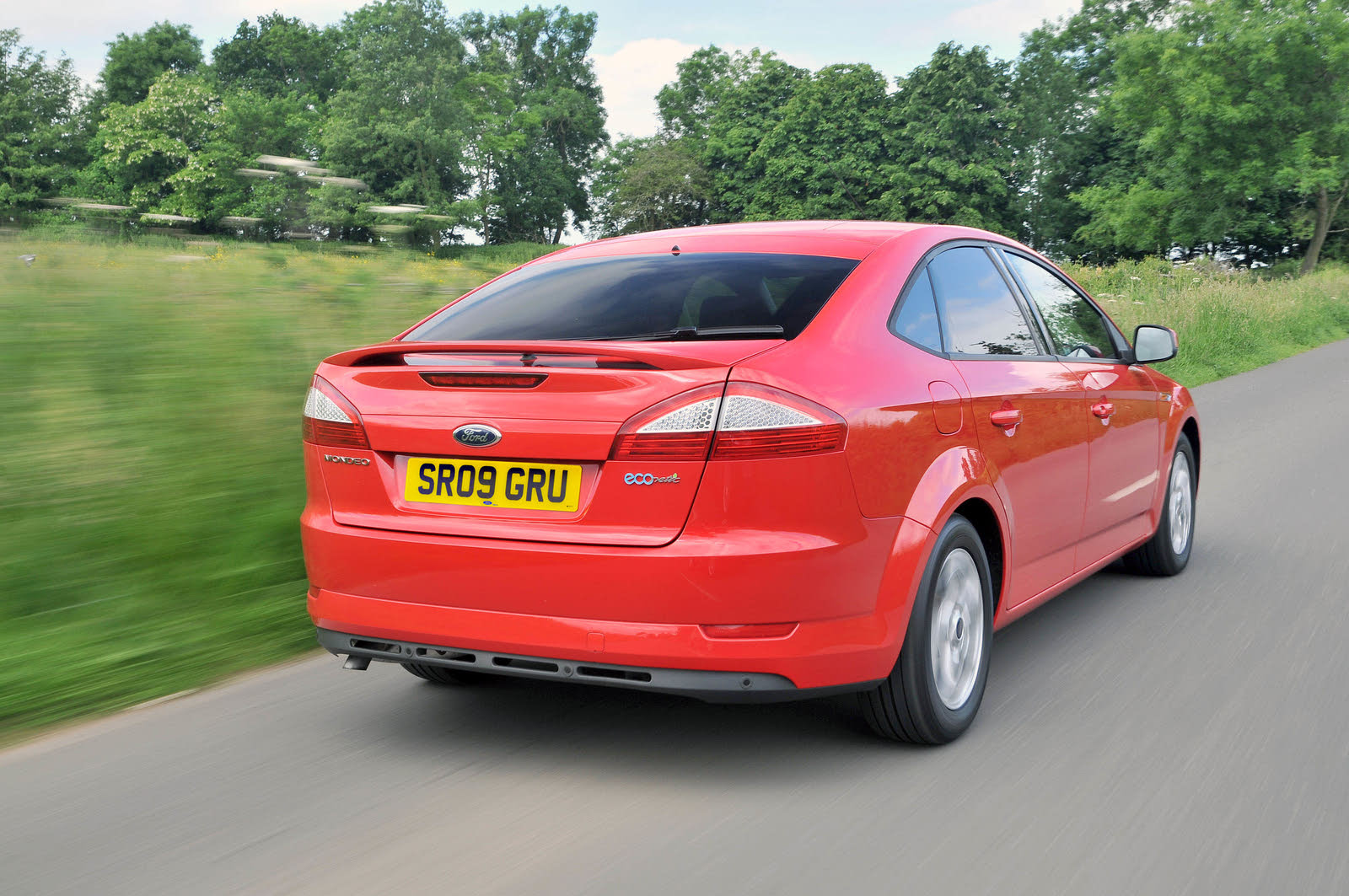 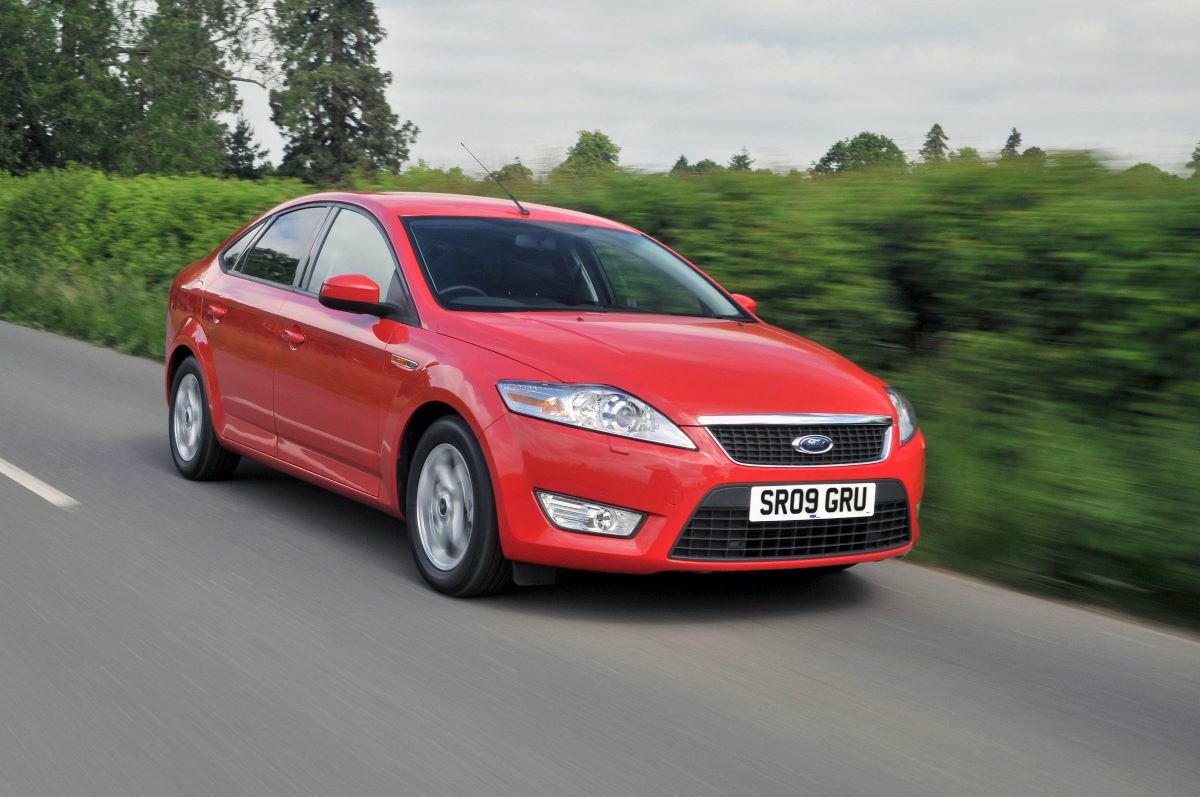 For its time, the mk3 Ford Mondeo was a game-changing car, and even today, it could show a lot of much newer rivals a thing or two. Yes, it had one or two ergonomic issues and a few low-quality interior panels, but otherwise, the Mondeo is a brilliant family car, with a huge amount of space, decent equipment and a wonderfully polished driving experience. It’ll be a really affordable choice, too. 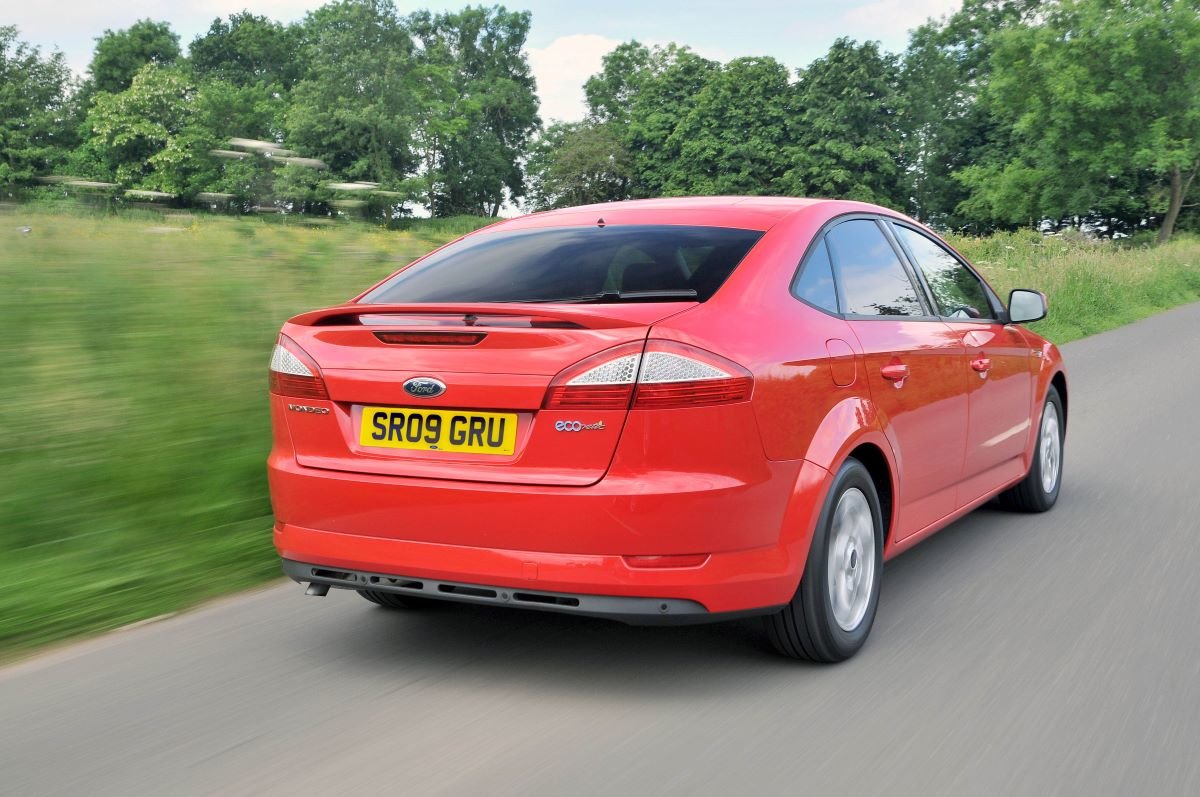 Ah, the good old Mondeo. Not all that long ago, you’d find every street in the country absolutely littered with these things, such was their popularity. However, now that so many family car buyers have switched their allegiance to super-popular SUVs, the traditional family car is a rather rarer sight on British roads.

However, just because this type of car happens to be a bit out of fashion right now, it doesn’t mean there’s not still a lot to like. Especially so in the case of the third-generation Mondeo, sold between 2007 and 2013, because this was hands-down the best car of its type.

First of all, it was massive. All of the five seats were surrounded by loads of space, meaning even families that contained the gangliest of teenagers would be comfortable, while the boot was absolutely huge. And that’s if you went for the five-door hatchback or four-door saloon versions. Plump for the estate, meanwhile, and the loadbay was even more enormous.

It was also fitted with a reasonably generous amount of equipment for the day. Even the entry-level trims came with most of what you needed in terms of luxury and safety, and more and more gadgets were added throughout the car’s life, so the later your car, the better stocked it’ll be.

Another thing that changed pretty much constantly throughout the car’s life was the engine range, with regular updates to existing power units, and regular releases of new ones. The best - and the most popular - one, though, was available throughout, and that was the 138bhp 2.0-litre diesel. This was easily the best compromise between performance and economy.

What never changed, though, was that the Mondeo was by far and away the best car in its class to drive. The ride was sensationally smooth, mopping up every blemish on the road surface without any fuss whatsoever, yet the handling was also sensationally sharp. The strong grip, tight body control and sharp steering gave the Mondeo a level of agility that was previously unheard of in cars of this size. So, not only was it comfortable, it was also great fun. Decent refinement also helped make the Mondeo a fairly relaxed motorway cruiser, too.

Was it perfect? Well, no car is, and sure enough, the Mondeo has its shortcomings. Look below the dense soft-touch dashtop and you’ll find plenty of panels that are made from plastic of a rather more questionable quality (the glovebox lid looks particularly unappealing). The stereo controls are pretty fiddly, while the optional touchscreen satnav system is very fiddly and dated by more modern standards, and the rear visibility is a little bit impaired. Still, if that’s all you’ve got to complain about in a car of this age, you’re not doing too badly. 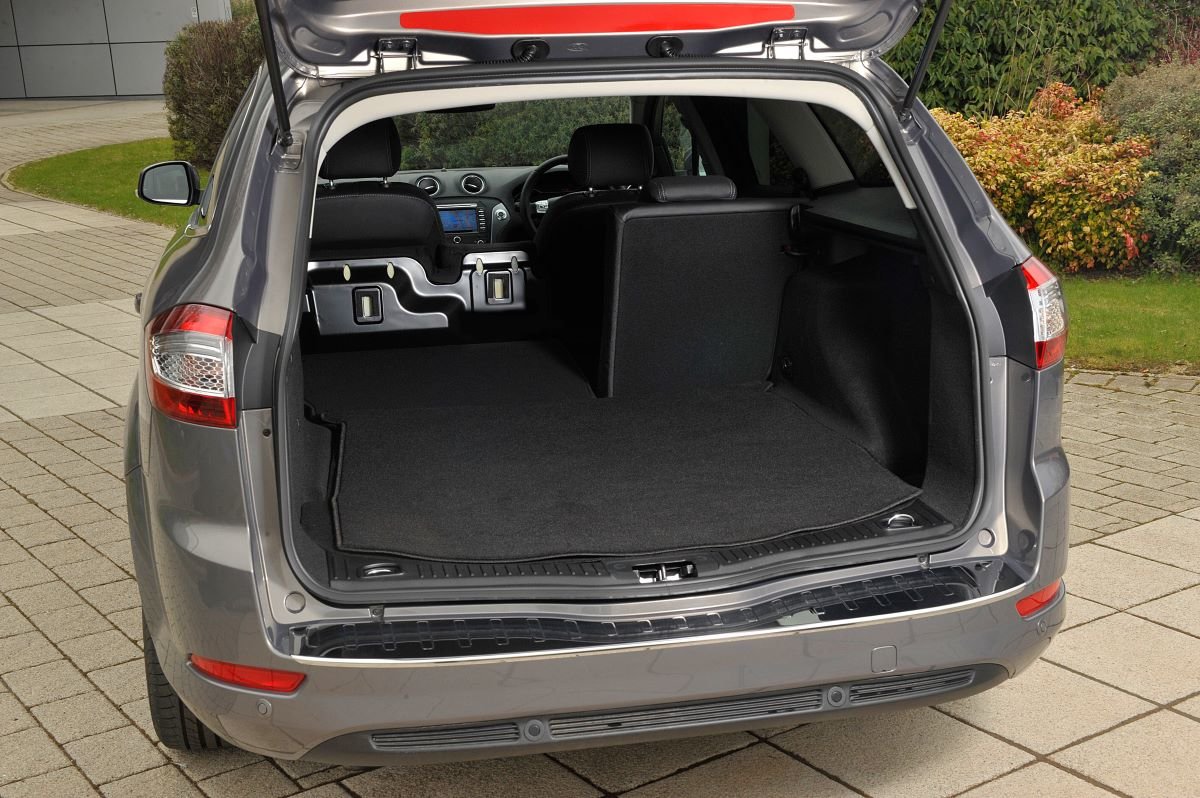 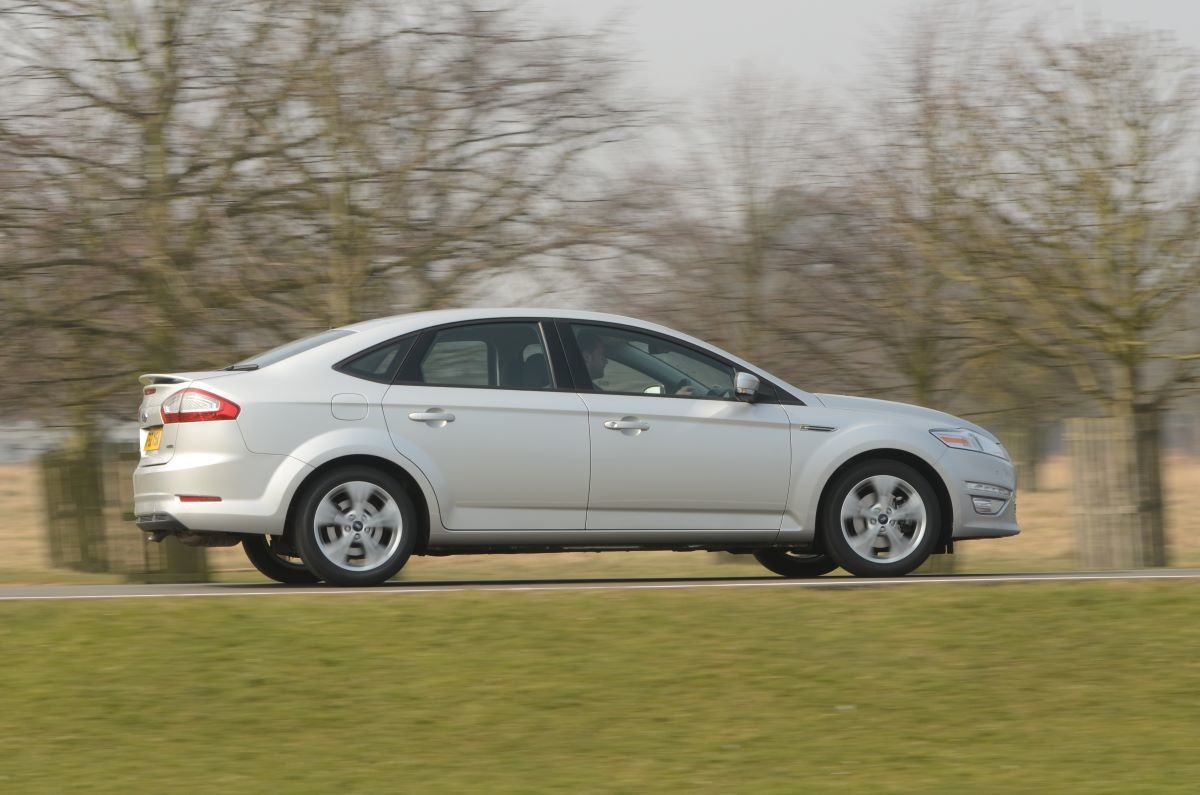 The Mondeo was a fairly affordable option even when it was new, and although the car’s comparatively weak residual values were a thorn in the side for the original buyer, they’re great news for used car buyers. You certainly won’t have to pay anywhere near top-dollar to get a very tidy example, and the huge amount of these cars on the used market mean you shouldn’t have any problem finding a car to suit your taste and budget.

We’d recommend avoiding the petrol-powered cars unless absolutely necessary, as they’re all pretty thirsty. According to official figures, even the best of them only achieved high thirties in the miles-per-gallon stakes, while the worst only return around 30mpg, and that’s likely to be even worse in the real world. As we’ve said, the diesels were the most popular choices due to their superior fuel economy, and if you go for an early car, all of them (except those fitted with an automatic gearbox) should return between 45mpg and 50mpg according to official figures. Bear in mind, too, that the engines were constantly tweaked throughout the car’’s life, so the later your car, the cleaner it's likely to be. For instance, the popular 138bhp 2.0-litre diesel started life with an official combined figure of 49mpg, but by the time the car was facelifted in 2010, this had risen to above 53mpg. The cleanest version you can get is the later 1.6-litre Econetic diesel, which had an official figure of more than 65mpg.

Due to their super-low CO2 emissions, these versions also qualify for super-low annual VED payments of £20 or £30. Earlier Econetics, though, along with the rest of the diesels, face annual bills of between £125 and £205, with most of them sitting on or around the £150 mark. Of the petrol, the cheapest VED bill you’ll face is £165, while the most expensive stands at £330. Insurance groupings range between 12 and 28 on the Mondeo, meaning premiums on most versions should be fairly affordable. 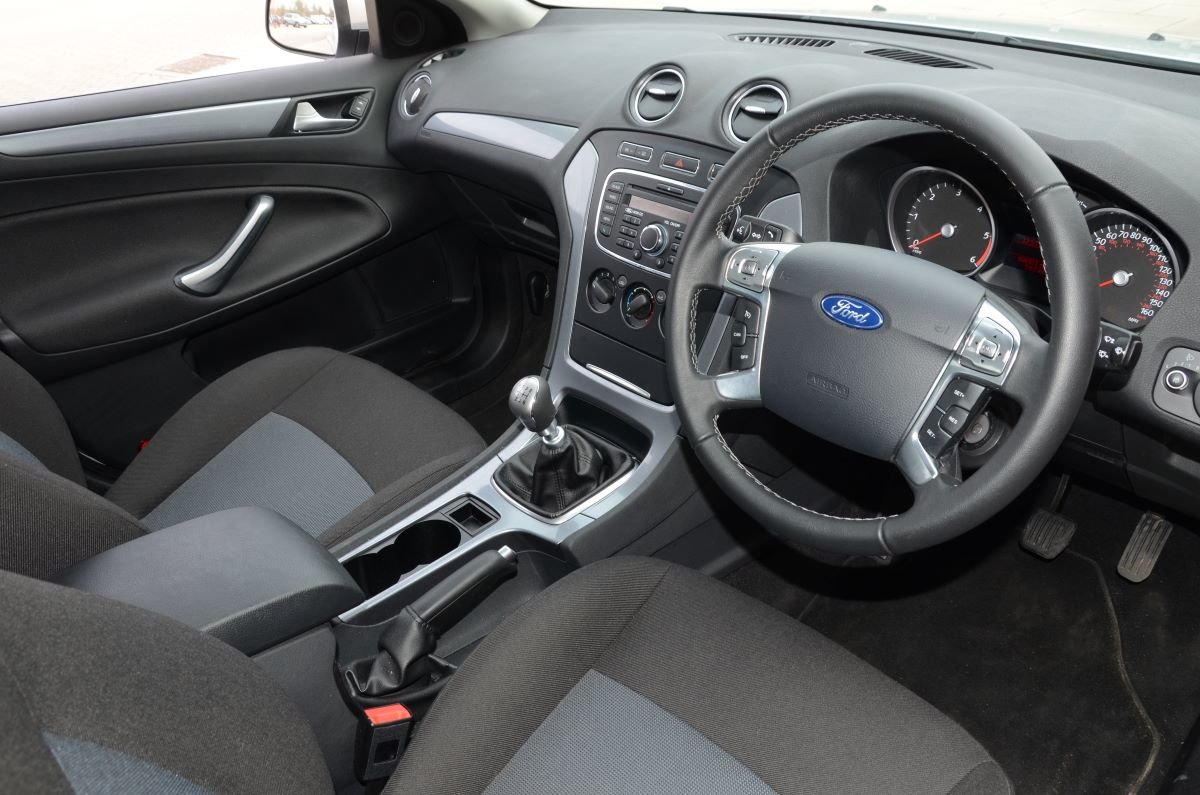 Fords generally do pretty well in this area. Most reliability surveys doing the rounds - including both the Warranty Direct Reliability Index and the JD Power Vehicle Dependability Survey - put the brand firmly in the top half of the table in their respective manufacturer rankings, and where applicable, this generation of Mondeo also does a pretty solid job when considered as an individual model.

The Warranty Direct study reports that if something does go wrong with this generation of Mondeo, then it’s likely to be either an electrical problem or an engine issue. In regards to the former, take the time to make sure all the various switches and gizmos are working as they should, with no intermittent behaviour. The central locking is a well-known source of glitches, so make sure you lock and unlock the car several times over, and make sure that all the doors do as expected each and every time. In regards to the latter, it’s been reported that some 2.0-litre diesels have cut out for no apparent reason, but this is a glitch that can be fixed with a simple ECU update.

Because the Mondeo was such a popular car with company car drivers, you’ll find lots of high-mileage examples on the used market. This shouldn’t be a major cause of concern in itself, but do make sure that the car you’re considering has been looked after properly with a thorough inspection of the service history, and we’d always advise insisting on a comprehensive one. 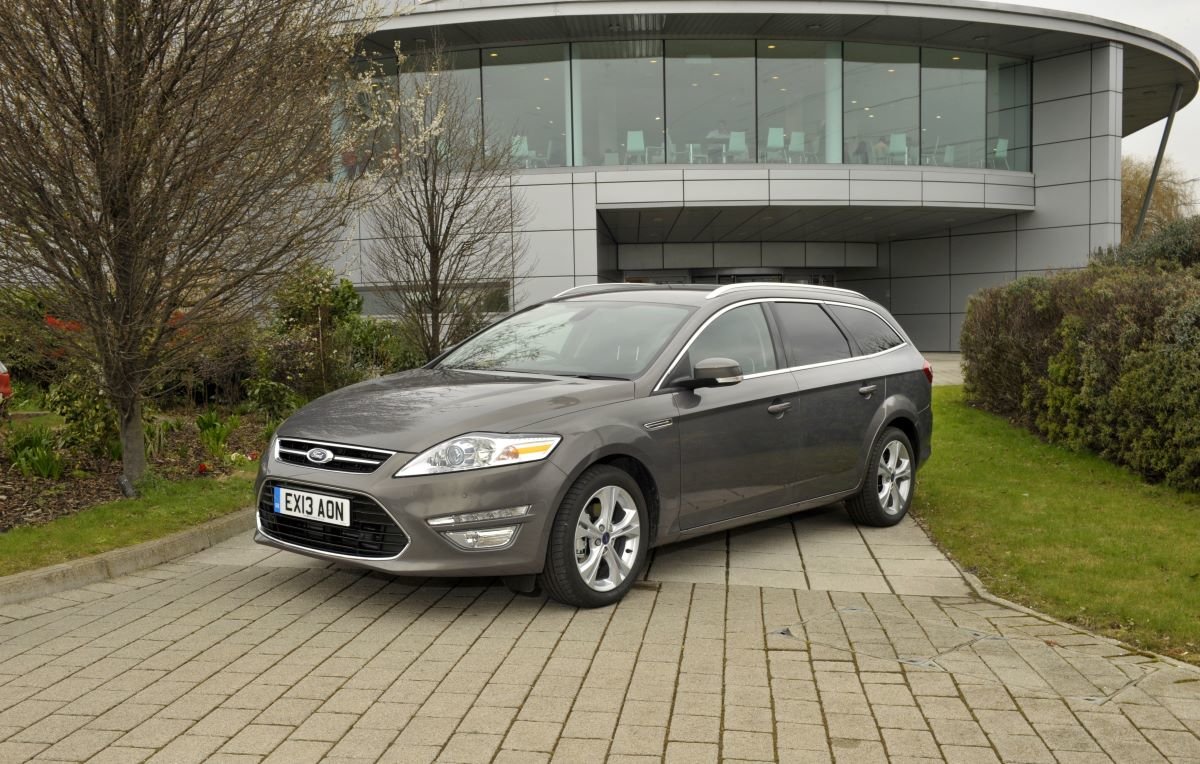 If you want a whole heap of family car for not a lot of cash, we can’t think of many better options than the third-generation Ford Mondeo. Whether you go for the hatchback, the saloon or the estate, you get masses of interior space and a huge boot, along with decent equipment levels and a very presentable safety record. And, thanks to the combination of affordable new-car prices and comparatively weak resale values, these cars are an absolute steal on the used market.

Best of all, the Mondeo was head-and-shoulders above its contemporaries for how good it was to drive, with a comfortable ride and genuinely entertaining handling, while the best engines delivered a tempting mix of performance and economy.

Granted, some rivals of the same vintage feel posher inside, and there were one or two ergonomic foibles, but otherwise, the Mondeo is a fabulous all-rounder that can be had for a snip. Thoroughly recommended.

Search for a Ford Mondeo for sale on CarGurus