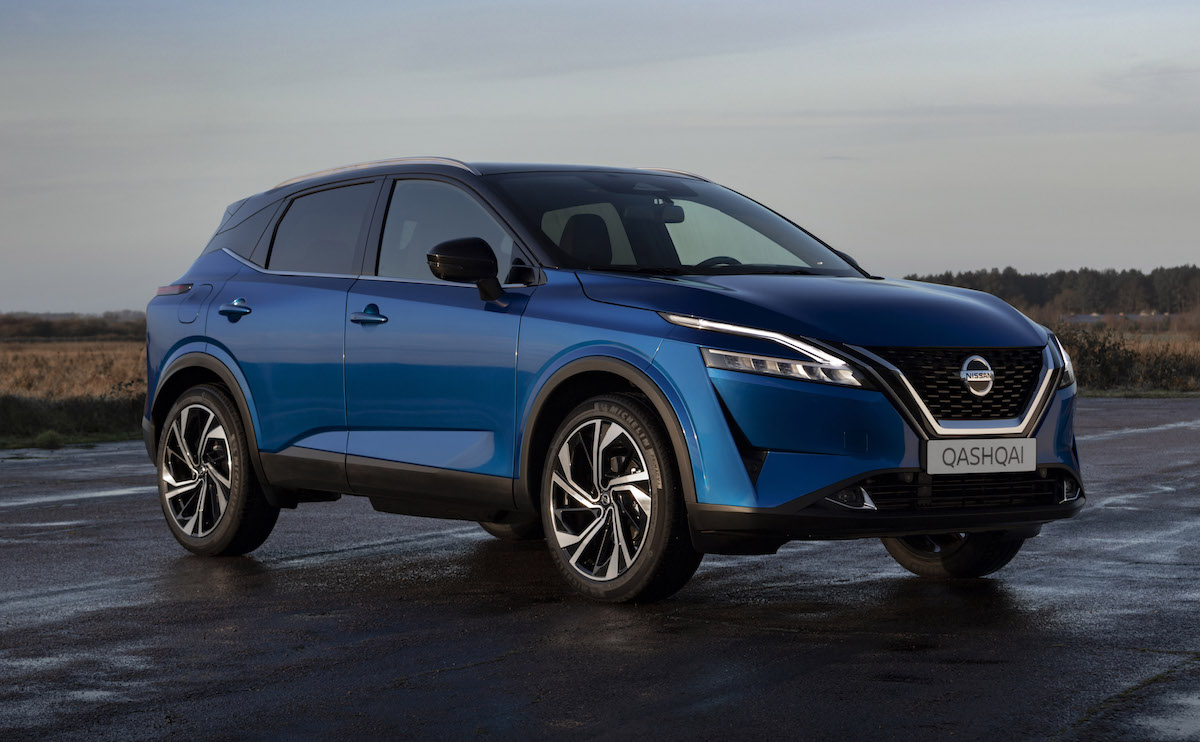 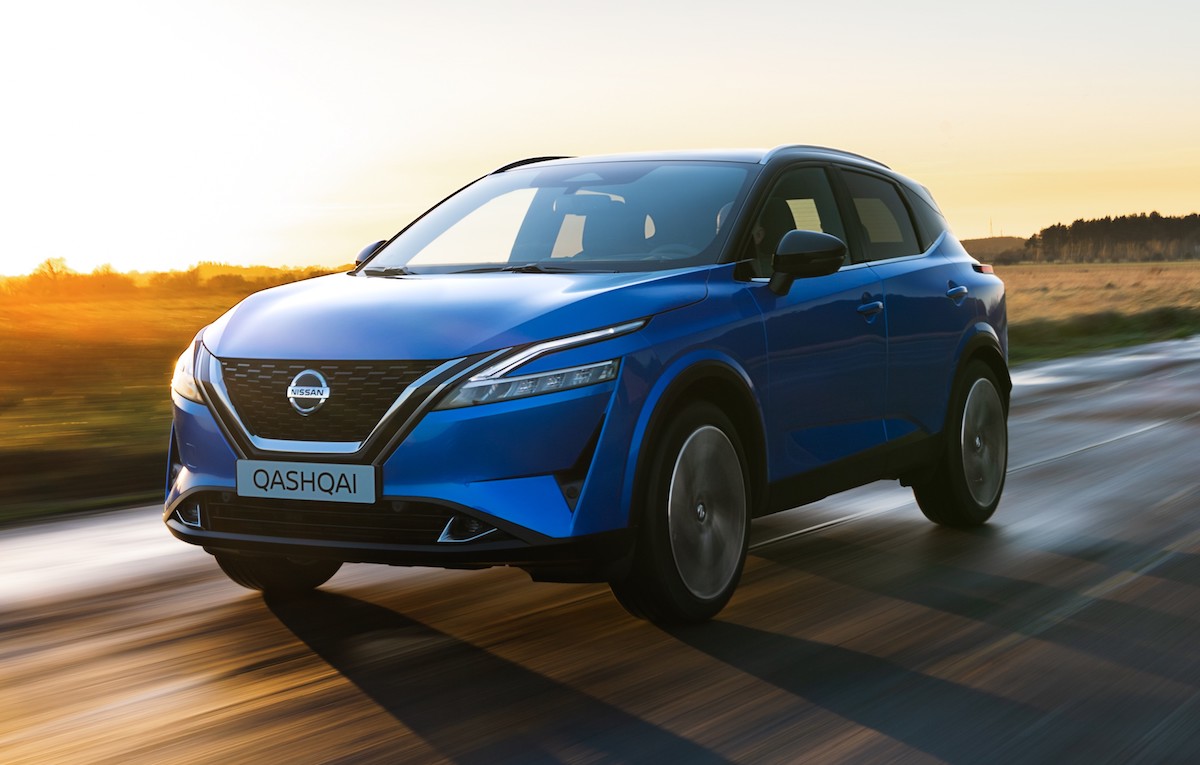 The Nissan Qashqai has been the go-to family SUV for well over a decade. This third-generation model adds hybrid power, sharper styling and more tech features to keep the ever-popular Qashqai up to date, and to stave off the hordes of rivals. 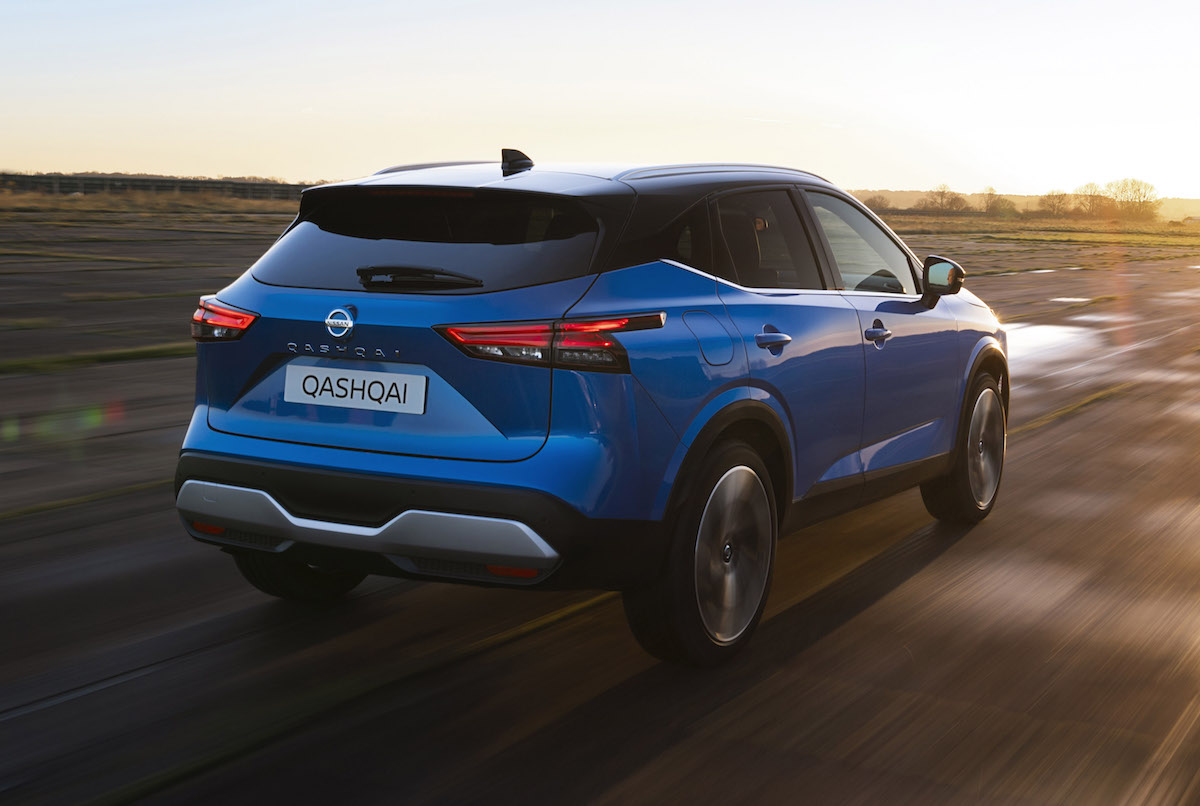 The Nissan Qashqai is a mid-sized family SUV. But you probably didn’t need us to tell you that, as it’s dominated the family car market for many years already. The original Nissan Qashqai first arrived in 2006 and is credited with starting the ‘crossover’ genre, which blends the convenience and low running costs of a family hatchback with chunky SUV styling and ride height. Over the years, the Qashqai has grown bigger and more SUV-like, but the range is dominated by front-wheel-drive models with efficient engines.

What you won’t find is a diesel engine. The Japanese manufacturer has chosen to shun diesel altogether with the mk3 Nissan Qashqai, and has instead launched it with a 1.3-litre mild-hybrid petrol engine, available with 138bhp or 156bhp. Both of these engines get front-wheel drive and a six-speed manual gearbox as standard. Four-wheel drive and a CVT ‘Xtronic’ automatic are available on the higher-powered DIG-T 158 engine.

The mild-hybrid tech is essentially a very small battery and electric motor that also doubles up as the starter motor. This gives the turbocharged 1.3-litre petrol engine a performance boost when you accelerate, and so helps to improve your fuel economy. You can’t plug the Qashqai in, it never drives on electricity alone like a full hybrid, and there are no plans to introduce a full-electric or plug-in hybrid Qashqai.

However, there is a clever Nissan Qashqai E-Power model planned for 2022. This is another hybrid powertrain where an electric motor powers the wheels and, it’s claimed, makes the car drive like an electric car, even though the batteries are only ever charged by a petrol engine and brake regeneration system. This still an electrified Qashqai that cannot be plugged in.

We’ll have to wait to have a drive of the Qashqai E-Power, but the 1.3 mild-hybrid engine is punchy enough to make easy work of a fast motorway merge or snappy getaway into a roundabout. It does need working fairly hard to get the best from it, though – even the higher-powered version that we drove – so don’t expect diesel-like urgency from low revs. If you want that sort of response, you’re better off looking to the various diesel rivals on offer, such as the Skoda Karoq, Volkswagen Tiguan, Ford Kuga or Peugeot 3008.

While the Nissan’s engine needs to be revved to get decent response from it, it’s quiet when you’re on a steady throttle, and the Qashqai generally feels pretty effortless to drive. The steering is light but direct enough to give confidence on faster roads, and pliant ride comfort will keep the kids happy even if you’ve gone for the bigger wheels on offer. Everything about the way it drives just gels nicely to make the Nissan Qashqai a reassuringly easy, confident drive.

It’s a nice place to sit too. The driving position has a good range of adjustment, and you sit fairly high so you get that imposing SUV loftiness – even though the Qashqai feels more hatchback-like to drive.

Every Nissan Qashqai gets a colour touchscreen perched high in centre of the dash. The lower two trims get an 8.0-inch screen, while N-Connecta and above get a 9.0-inch version. The graphics look a little grainy compared to the screens you get in rivals like the Kia Sportage, but it’s easy to use and has the key features that you’d want. You don’t get Apple CarPlay and Android Auto in entry-level Visia trim, so that one’s best avoided. These phone-mirroring apps let you use your phone’s functions easily on the car’s screen. They only work when the phone is plugged into the USB input on lower spec Acenta models, but N-Connecta and up gets wireless Apple CarPlay.

Practicality is better than ever in the Nissan Qashqai. There’s loads of legroom and headroom for rear passengers, although there are no sliding seats for extra versatility, like you get in a Skoda Karoq. The seats do fold flat in a 60/40 split though, and at 504 litres the boot is one of the biggest in the class. A split, variable-height boot floor makes for convenient hidden storage.

There’s no seven-seat option though. For that sort of space and versatility you’ll have to look to bigger rivals, like the Skoda Kodiaq, Kia Sorento or the Nissan X-Trail. 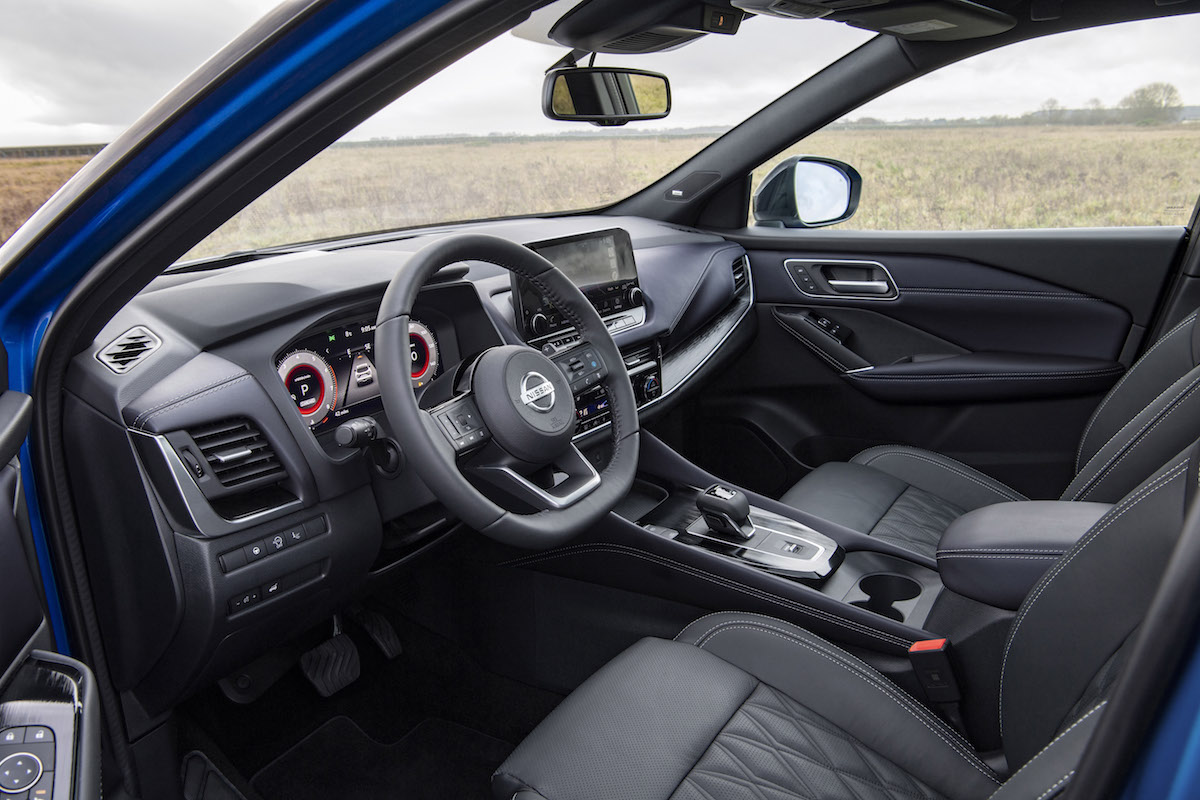 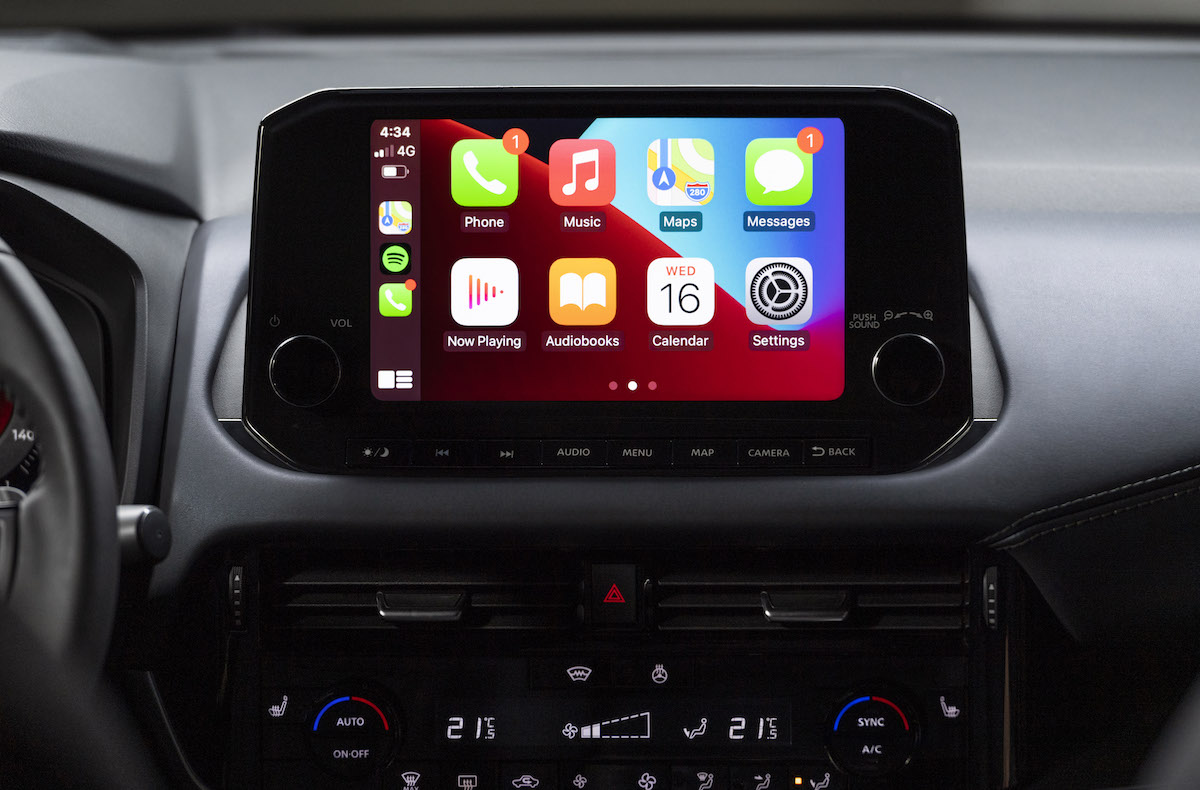 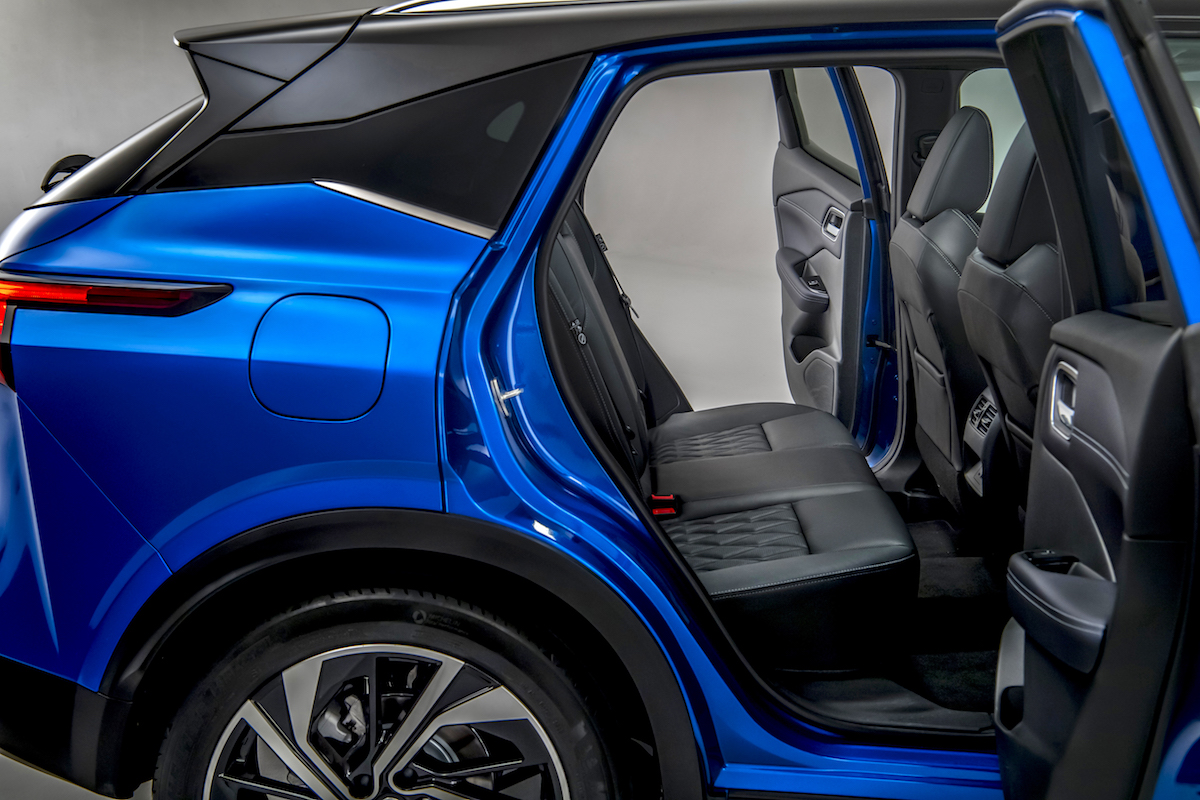 The Nissan Qashqai is competitively priced when new, especially given its generous equipment levels. It’s expected to be worth more than most of its rivals if you choose to sell it on after a few years, too. Monthly finance costs are in line with the competition, although alternatives like the Mazda CX-5, Seat Ateca and Skoda Karoq offer lower monthly repayments and often come with zero interest options.

Unless you can find a great deal, we'd suggest people avoid the high-spec Nissan Qashqai Tekna and Tekna+ trims, as they're seriously expensive and you can easily get a well-equipped, bigger family SUV such as the seven-seat Skoda Kodiaq for the same money.

Fuel economy on the Nissan Qashqai is also acceptable, if not exceptional. Most models achieve official figures of around 44mpg but, on our test drive we struggled to improve on 35mpg despite a useful amount of relaxed motorway driving. 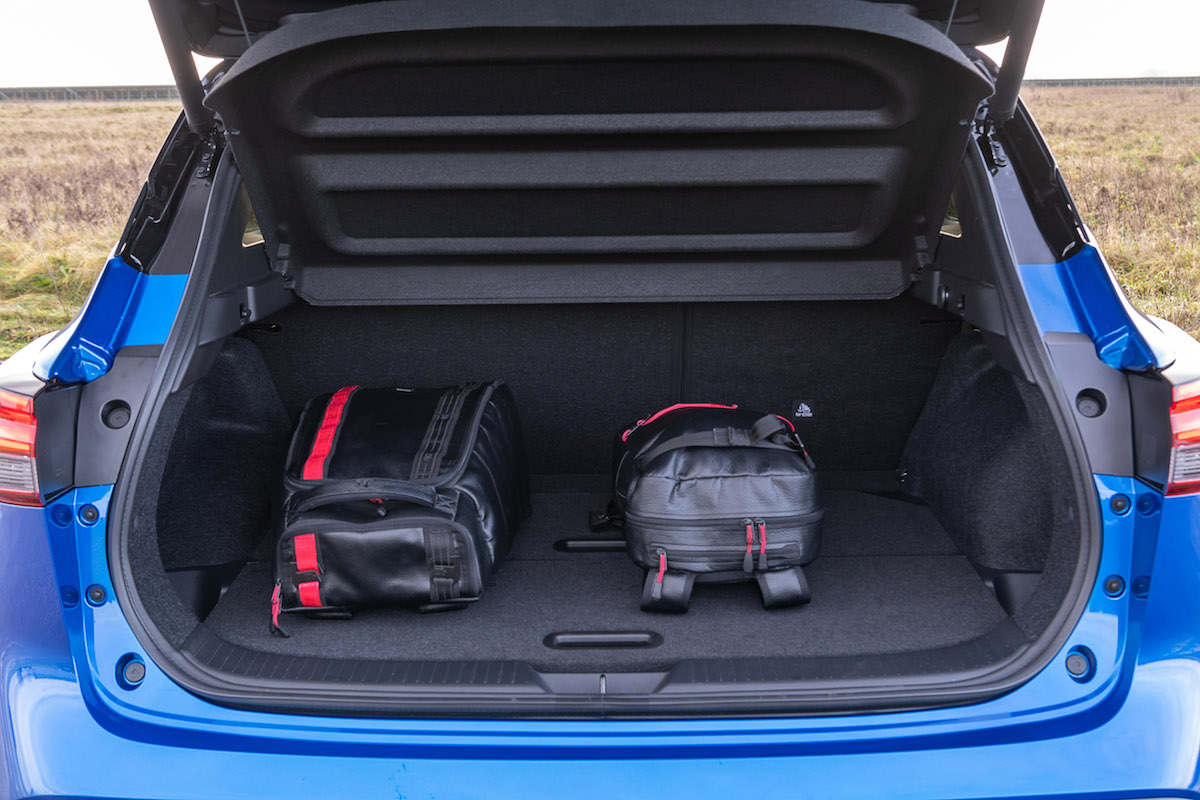 The Nissan Qashqai gets a three-year, 60,000-mile warranty as standard but that can be extended for an additional cost. There’s no reliability data for the new Nissan Qashqai yet, but Nissan as a brand came a disappointing 27th out of 31 manufacturers included in the 2020 What Car? used car reliability survey, with non-urgent ancillary electrical issues the key recurring fault. Nissan fared better in the 2020 Driver Power survey, where it was ranked 11th out of 30 brands included in the new car satisfaction survey.

It’s tricky to comment further on reliability, but on this evidence it’s fair to say that other options such as the Toyota C-HR or Skoda Kamiq offer a better chance of fault-free ownership. 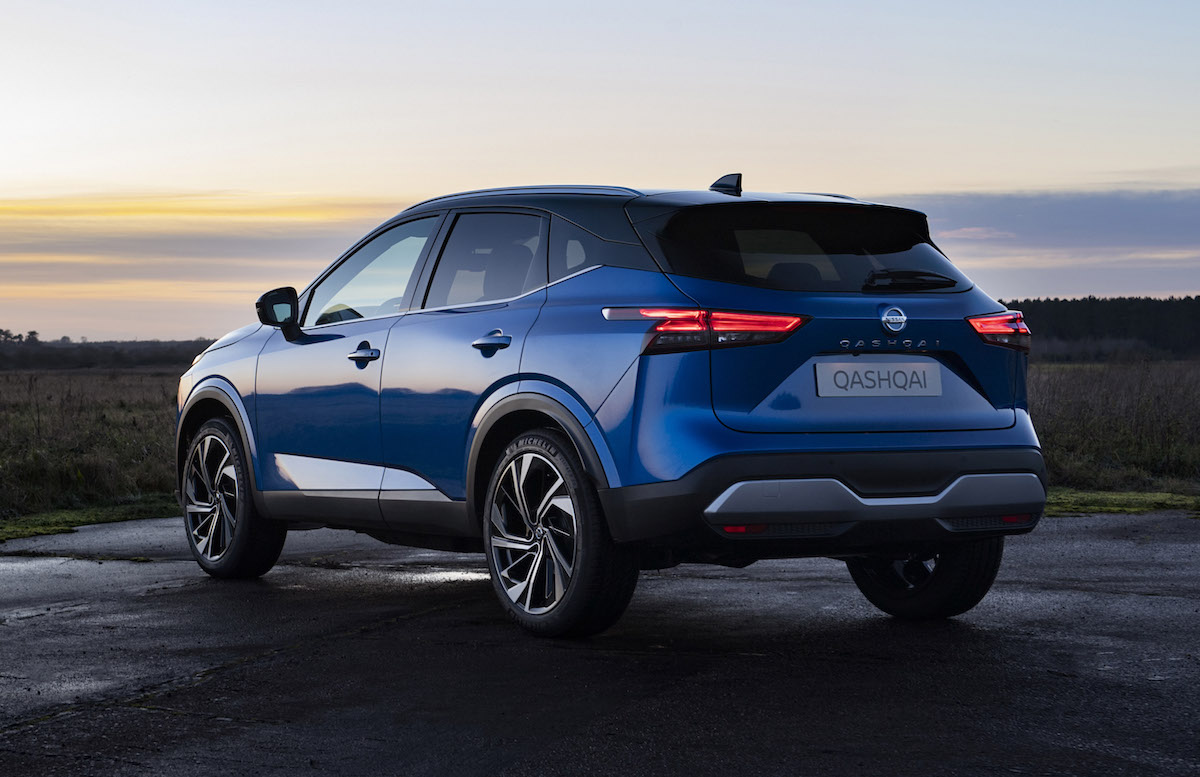 The Nissan Qashqai has massively upped its style appeal and tech features with this new third-generation model, yet it remains a very practical and competitively priced option in the family SUV class. It is, in short, everything that Qashqai fans will want from an evolution of this family favourite. However, it’s hard not to be a little disappointed by the lack of more efficient plug-in hybrid or diesel engines at this point, and the performance on offer in the 1.3 mild hybrid petrol is rather underwhelming.

The innovative E-Power hybrid powertrain could well be what makes this new Qashqai feel like a game changer rather than a very smart-looking take on a familiar recipe. In the meantime, if you’re happy with the real-world efficiency and performance on offer from the 1.3-litre petrol engine, the rest of this thoroughly modern-feeling crossover is only going to impress.

Search for a Nissan Qashqai on CarGurus