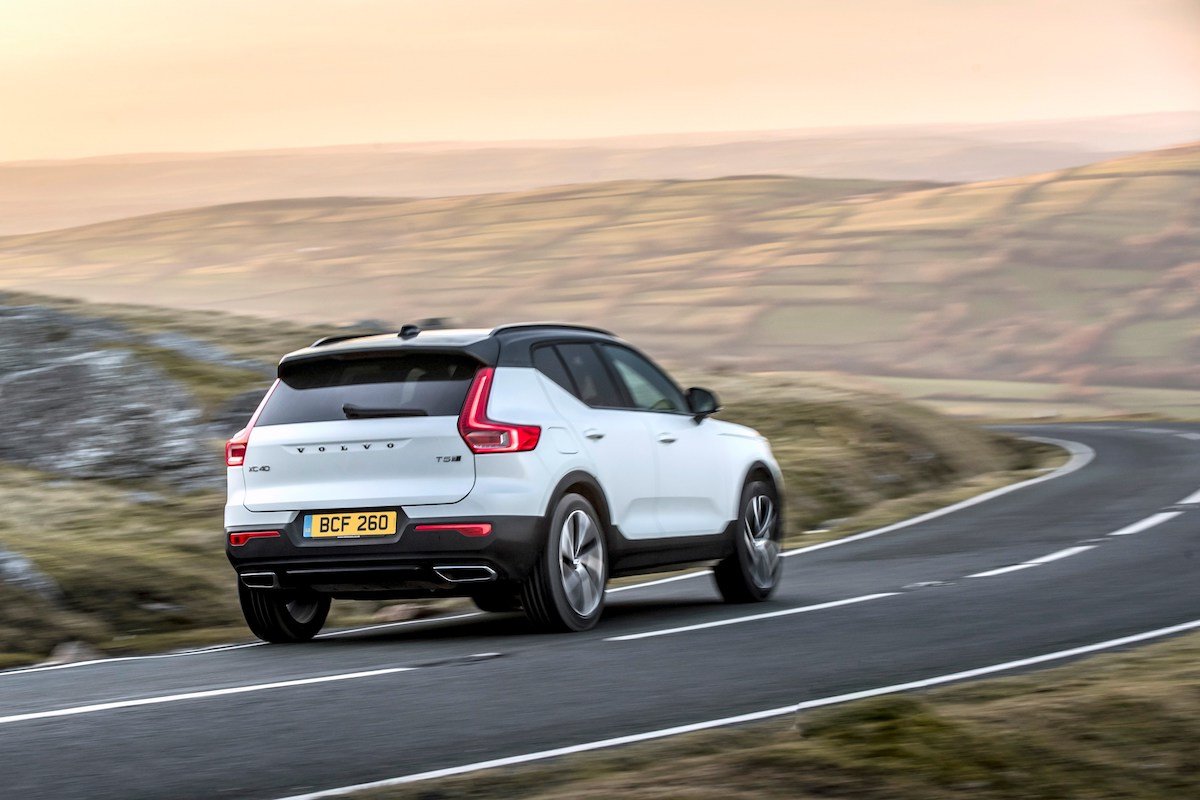 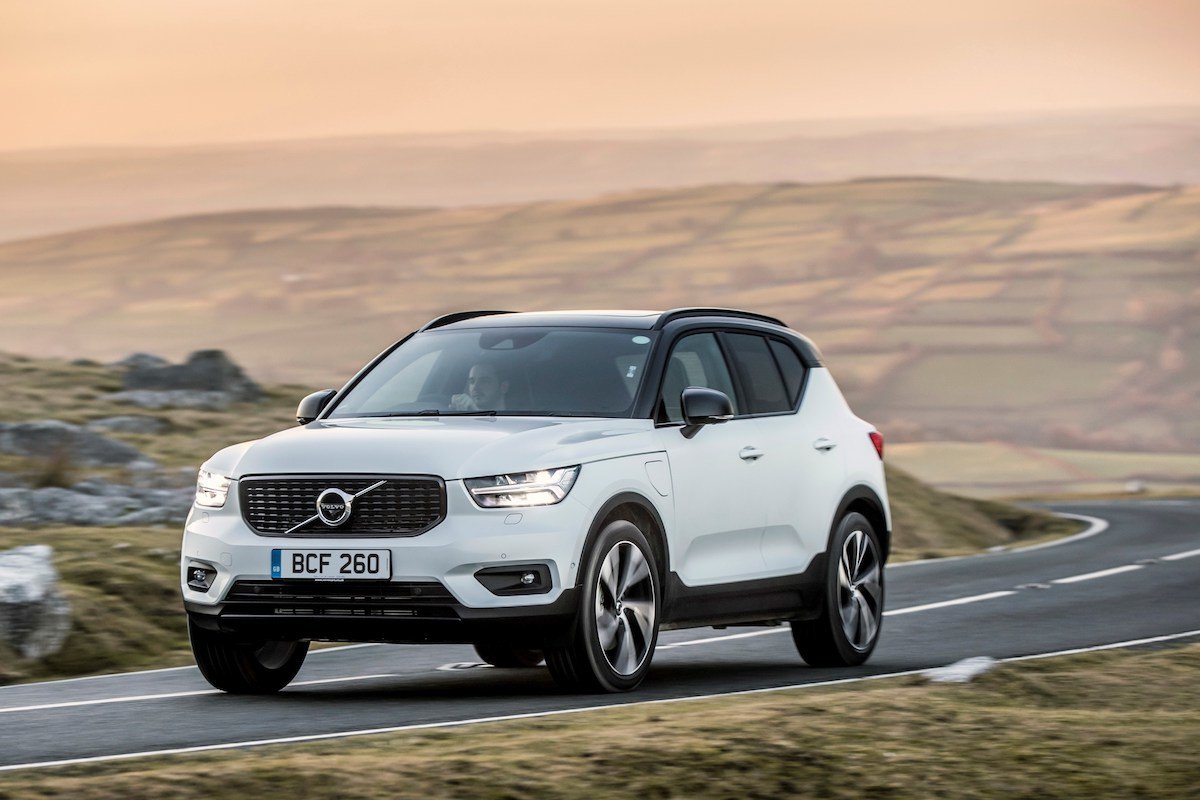 Summing up the XC40 is easy. It simply ticks all the boxes premium badge SUV buyers demand. It’s neither too big to be an encumbrance to city dwellers, nor too small to be impractical for those with increasing family demands. And, while it may not be the most inspiring car to drive, it is beautifully built, comfortable, civilised and - being a Volvo - it comes with loads of safety kit. 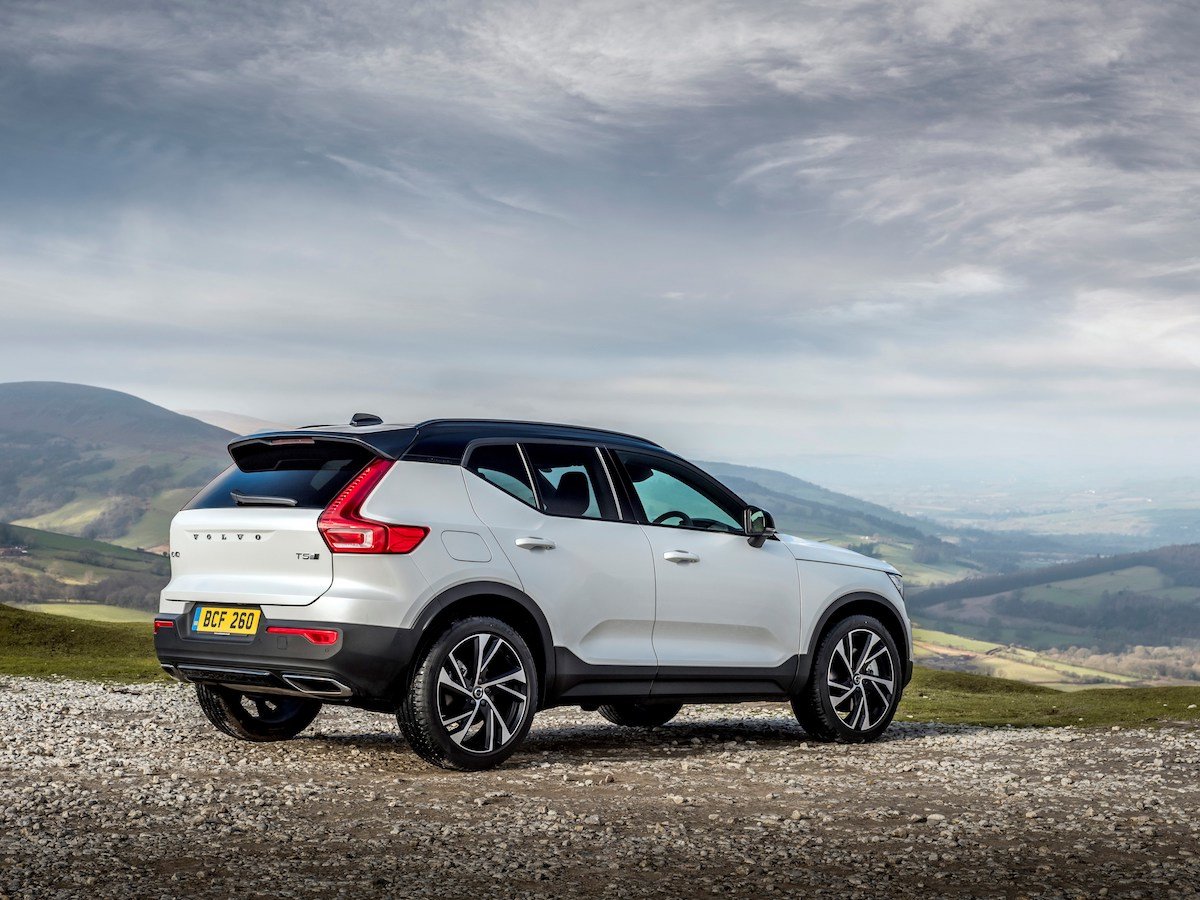 The Volvo XC40 is the car that really put Volvo back on the map. A winner of countless awards, it’s clear from the sharp exterior design the stylish, airy interior that the Swedish firm spent every possible penny of its Chinese investor’s money when developing this highly desirable compact SUV.

The centre of the dashboard is dominated by a large infotainment system screen. Like all touchscreens, it’s prone to looking a trifle shabby when covered in finger marks, while its pinch and swipe functionality is not all that easy to operate on the go. To its credit, though, it does feature large fonts and icons.

Seat comfort has always been a Volvo USP and the front seats in the XC40 certainly don’t disappoint. As well as looking very smart, they also provide superb comfort and excellent lateral support.

Although there are three rear seat belts, adults will not be happy if asked to perch in the middle seat for too long, as it is rather narrow and flat, so it’s best to think of the XC40 as a four/occasional five-seater.

The XC40’s boot isn’t the biggest but it is a usable shape and there’s no load lip to overcome, which helps when it comes to loading heavier items. Just take care when opening the rear hatchback when returning from the supermarket, otherwise any items that have escaped from your shopping bags might end up on your driveway.

Volvo has a rather unique take on how cars should drive, and more often than not, it favours comfort over dynamics. Given the XC40’s family-friendly brief, that’s no bad thing.

Yes, things can feel a wee bit floaty with a bit too much side-to-side shimmy, but bump isolation is generally pretty good, so impacts are dealt with successfully enough. That said, because there is a bit of audible suspension noise, abrupt cracks and crevices sound worse than they feel. Grip and traction levels are reassuringly high, however, helping to minimise any anxiety when driving down unlit country roads or when circumnavigating rain-sodden roundabouts. It is just a shame that this isn’t better communicated. The steering is super-light, which is a huge positive when confronting rush-hour traffic or nipping into that last available parking spot, but it doesn’t supply much feeling.

Most XC40s are front-wheel drive but there are also all-wheel drive versions available for those who want the added winter weather traction benefits. Earlier cars were predominately diesel-powered but our changing times have seen a significant shift towards petrol and mild-hybrid powertrains. Plug-in hybrid and four-wheel-drive fully-electric versions are also available, the latter featuring a 250-mile range between charges and a supercar-chasing 400bhp power output. 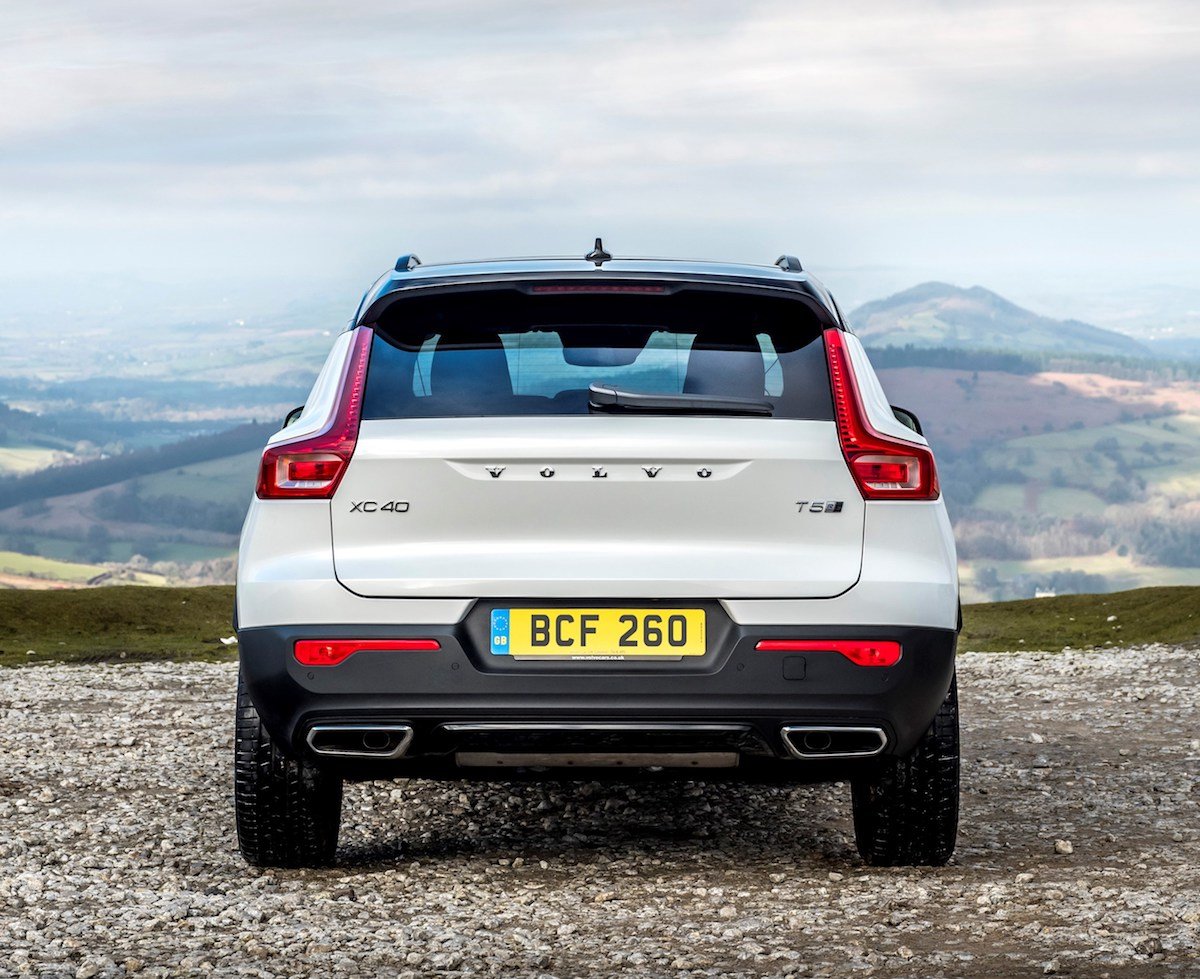 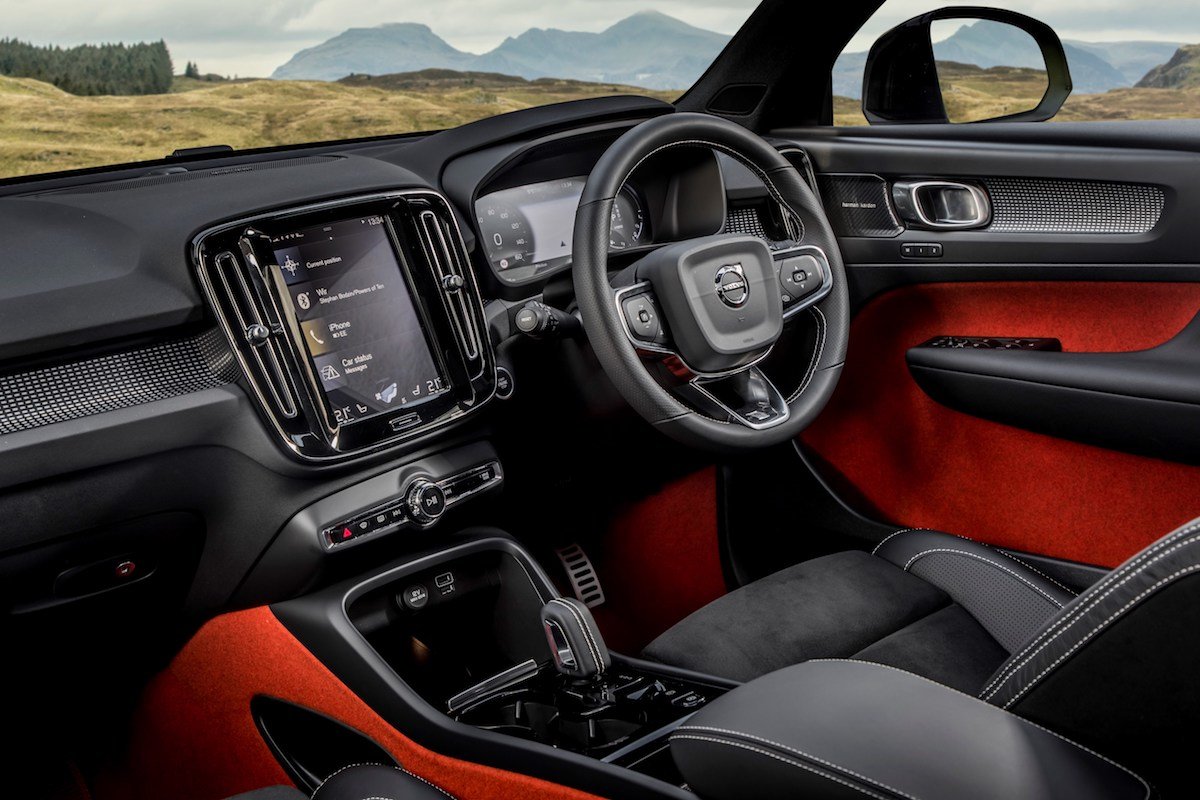 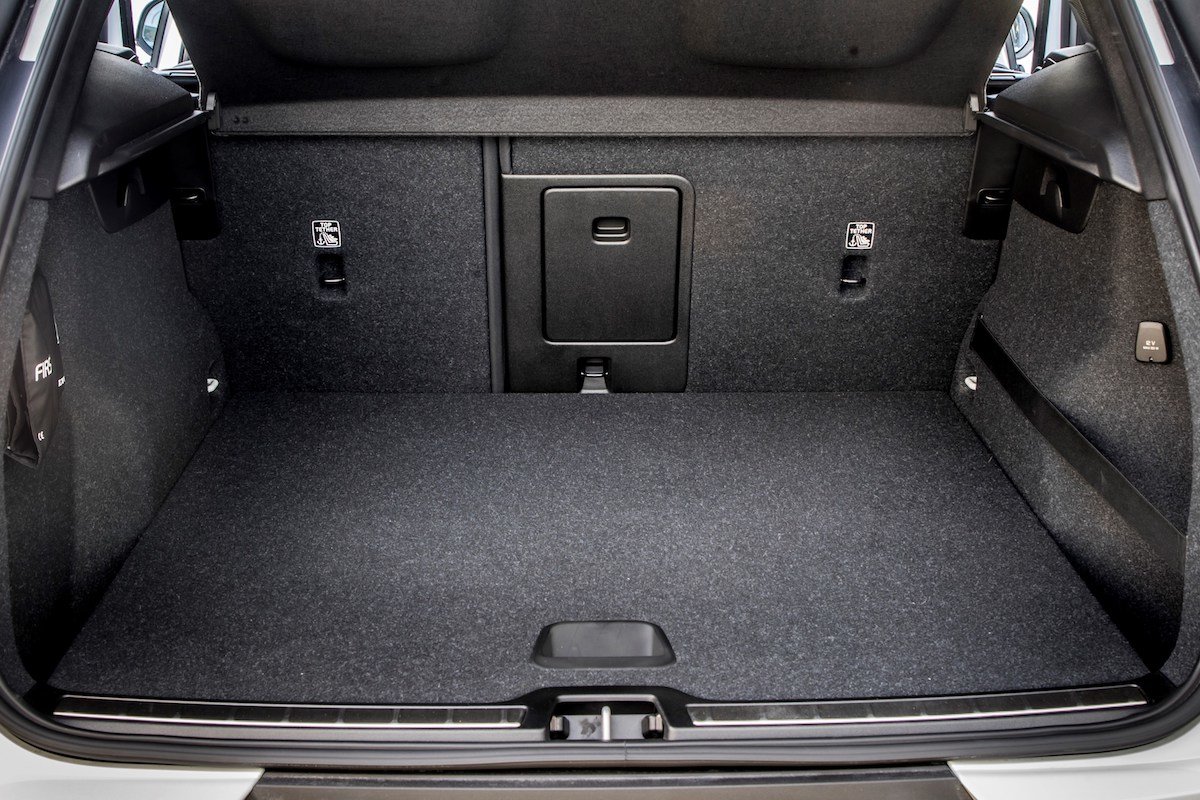 The undeniable desirability of the XC40 means it remains in high demand, so don’t expect to waltz into your nearest Volvo dealer with the idea of playing discount hardball. That desirability will pay dividends at the opposite end of the ownership process, however, with strong residual values ensuring you recoup a large percentage of your initial outlay. If you’re a company car driver then those same RVs will help to minimise your monthly lease payments, making the XC40 every bit as affordable, and in some cases more affordable, than rivals including the Audi Q3, BMW X1 and Mercedes GLA and Jaguar e-Pace

In terms of fuel economy, the latest mild-hybrid petrol engines should deliver mid-forties mpg while the older diesel models should get within touching distance of 50mpg. If you want to minimise your fuel and taxation expenditure, then you'll want to consider one of the Plug-in hybrids, which uses a combination of a small capacity petrol engine and large battery pack. Theoretically, they are capable of 134mpg, providing you plug them in religiously and drive them in a considered manner. The fully electric Recharge model is tailpipe emissions-free so it is also free from company car tax. It also has a very large 78Kw battery so it’s capable of travelling over 200-miles when fully charged, although that range will suffer in colder weather conditions.

If you have any doubts over when to service your XC40 you can use Volvo’s website to access that information. Generally speaking, though, service intervals should be carried out annually or every 18,000 miles, whichever comes first. You can also take out a service plan and spread the cost via monthly payments.

At the time of writing, insurance groupings ranged between 18 at the bottom end of the range to 32 for the top-notch Recharge model, which is hardly surprising considering its stellar performance potential. 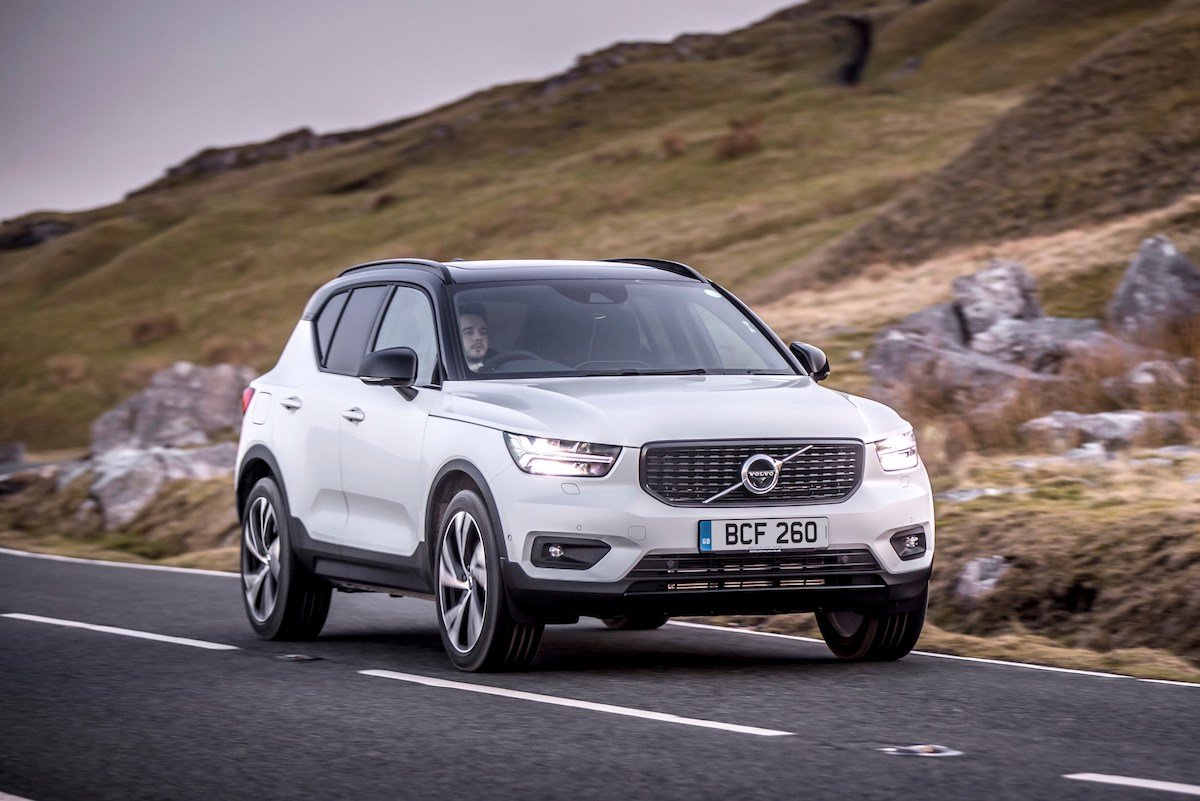 The XC40’s three-year 60,000-mile warranty is no better or worse than the industry standard, as is its three-year paintwork warranty and 12-year rust resistance guarantee. The batteries in the Recharge plug-in models are covered by an eight-year/100,000 mile warranty.

Of course, the XC40 is a relatively new car so any comprehensive reliability data won’t be available for a few years yet. That said, Volvo owners obviously love their cars and that adulation is recognised in the 2019 JD Power survey where over 11,000 drivers gave the brand the highest satisfaction rating of any premium brand. Volvo’s achievements are also recognised by other surveys including the What Car? Reliability Survey, which placed the XC40 in second place in the family SUV category.

Overall the brand climbed to 11th place out of 31 brands in the same survey. Owners were also quick to recognise Volvos’ behind-the-scenes work, with over half the cars presented to dealers with faults put back on the road the same day. The most common faults reported were generally remedied with software upgrades, so if you are buying used, make sure these amendments have been carried out. These might include the link between the forward collision sensor and the emergency alert connectivity module, which sends information to the emergency services. 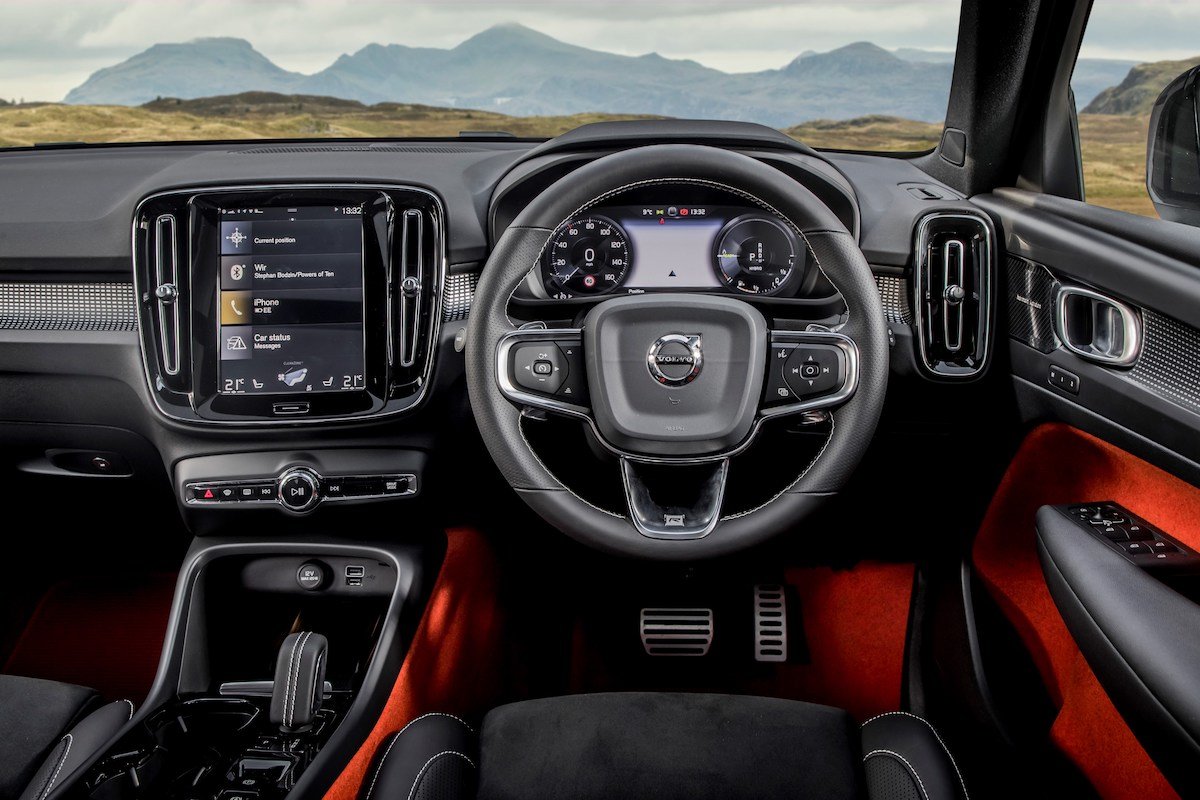 You could be forgiven for buying an XC40 purely on its desirability factor, but there’s a good deal more to admire about this small SUV than just its cool, Skandi image.

As well as being an extremely pleasant car to drive or be driven in, due to its elegantly appointed interior and comfortable road manners, it’s also a very easy car to live with, thanks to generous passenger space and family-friendly practicality. As well as the added reassurances of Volvo’s obsession with crash avoidance and mitigation, there are promising signs to suggest the XC40 should be a hardy and reliable companion.

Garnering more fans daily, strong demand for used XC40 will also guarantee any investment you make will be slow to depreciate. With a strong backdrop of proven models and a future focus on hybrid and full electrification, it’s difficult to see anything other than a bright future for Volvo’s premium SUV.

Search for a Volvo XC40 for sale on CarGurus.