How To Charge an Electric Car

You can charge an electric car (or a plug-in hybrid car) from a domestic plug. But you really don't want to. It will take an age to charge, and unless you have an external socket it means having a long charging cable dragging out of a door or window to your car.

No, if you are thinking of buying a new or used electric vehicle (EV) there are much better ways to keep the batteries topped up than using the humble three-pin plug.

Let us talk you through electric car charging, from the different charging speeds available to the connectors used by different car manufacturers, and the major UK charging networks. 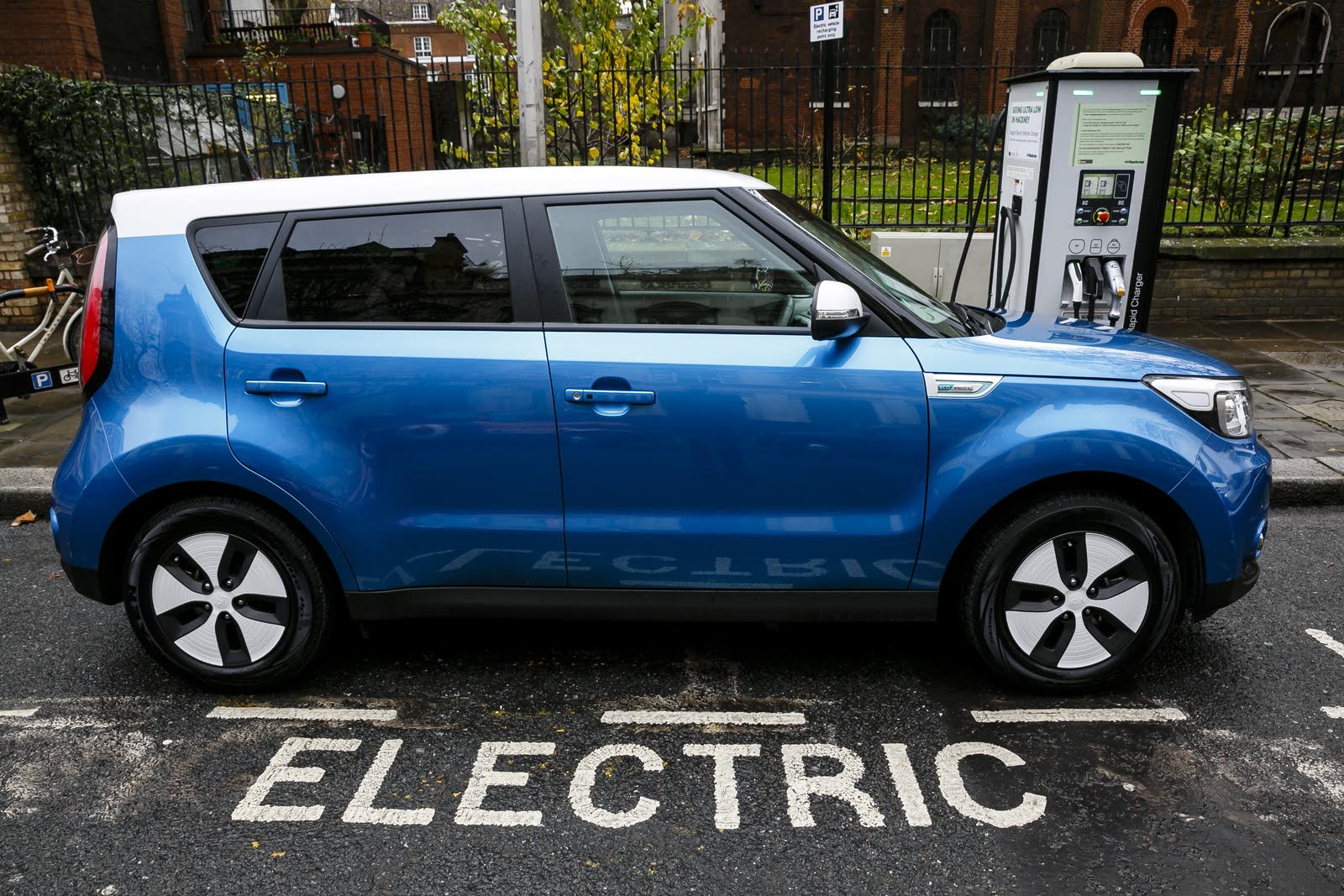 The clue is in the name. 'Slow' car chargers will take several hours to fully charge electric car batteries, but any dedicated electric car charging point should have quicker charging times than a conventional domestic socket.

Slow charging stations are generally rated as up to 3kW. They work well at home, topping up the batteries overnight when there's no rush and the charge time of, say, 10 hours is no inconvenience. Plug-in hybrids tend to have smaller batteries, and can be topped up from a slow charger in three hours or so.

Fast chargers aren't especially fast, but they're a lot quicker than a slow charger. A typical fast charging point is rated at 7kW to 22kW (the higher the power output, the quicker the charge). You can reckon on a full charge in three hours or a little more. If you are running short of range and just need a small top up to get you home, a fast charger is a good option.

Now we're talking. Rapid charging is where it's at if you need to recharge mid-journey. Just to confuse things, there are two broad types of rapid charger. Those with an AC (alternating current) are rated at 43kW. The DC (direct current) kind tends to be rated at 50kW. Either way, you're looking at an 80% charge in an hour or less, depending on the battery capacity.

If you own a Tesla you can charge more quickly. The Supercharger network is only available to Tesla owners, and charges at around 120kW. As things stand, the speed of charging a Tesla model is one of the brand's biggest advantages over the growing number of upmarket EVs from more established car makers. 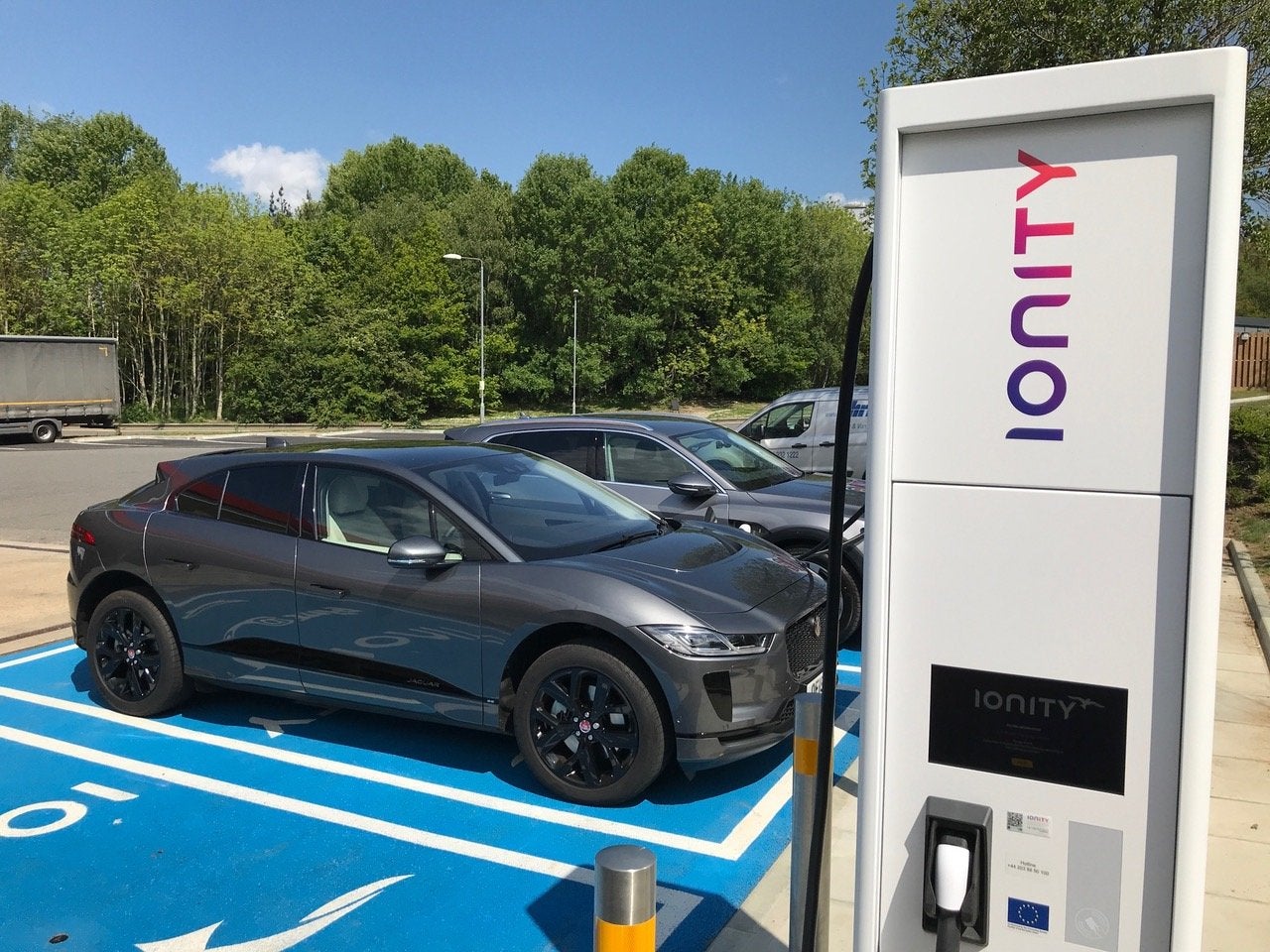 Even Tesla's network is going to seem pedestrian compared with the new breed of ultra-rapid chargers.

Leading the charge (if you'll excuse the pun) is the IONITY network, which plans to have 400 EV charging stations around Europe, housing up to 2,400 individual charge points by 2020. The first IONITY station in the UK opened in May 2019 and at the time of writing, in Autumn 2020, there were 11 charging stations around the country with more soon to follow.

Charging at 350kW promises to almost eliminate the inconvenience of charging an EV on the move, with a full charge in around 15 minutes or so. By the time you've bought your overpriced mochaccino, the car will have hundreds of miles of extra range.

However, the chargers are a step ahead of the cars at the moment. The Jaguar I-Pace, for example, can only accept a 100kW charge.

To prevent batteries melting like villains at the end of an Indiana Jones film, the IONITY network uses clever tech in the charger to make sure the EV is charged at the fastest rate that particular car can safely handle. 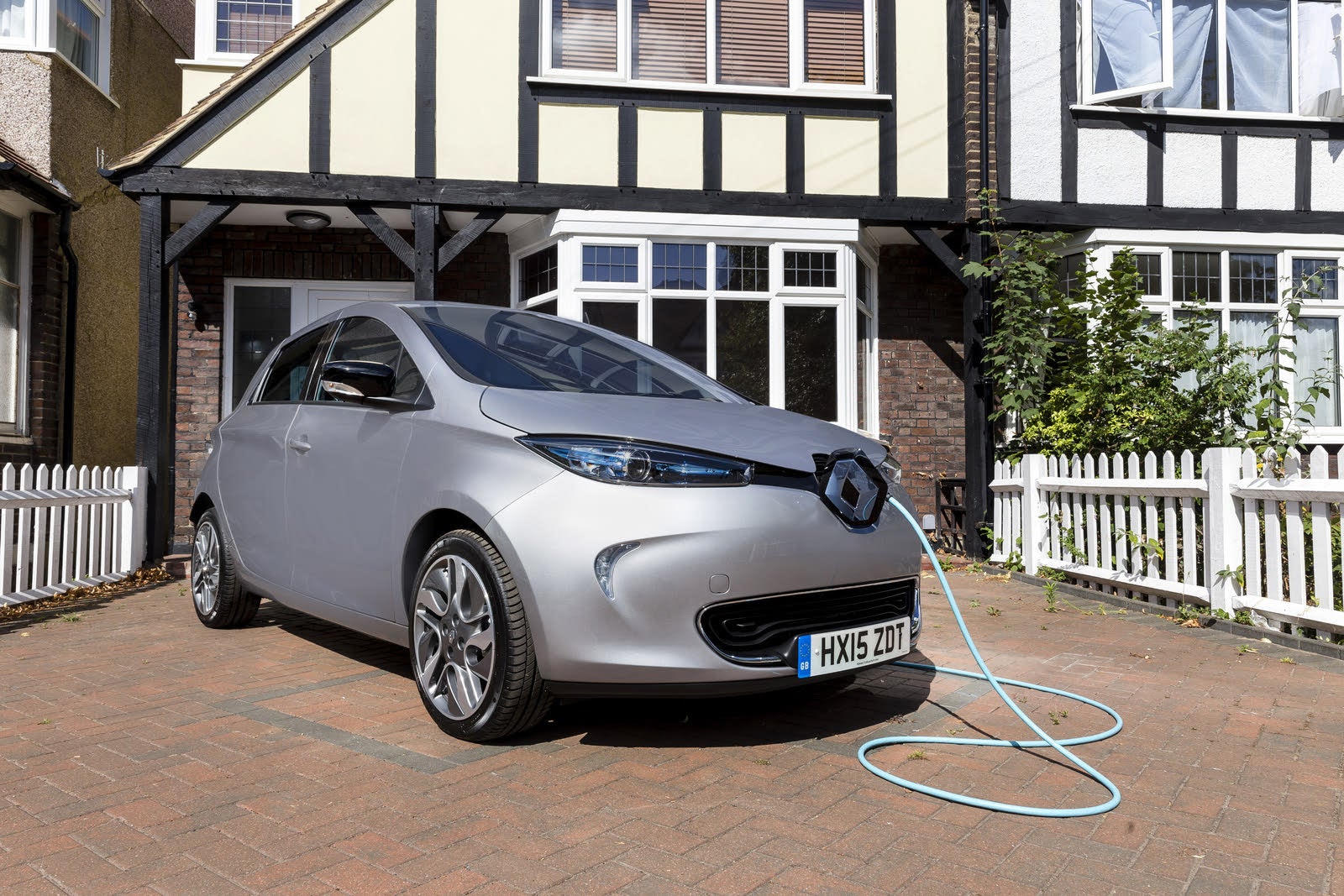 You would think there would be one common standard for connectors. But there isn't. That's why most public charging points have more than one kind of connector so they can be used by different vehicles. These are the most common connector types.

Some slow chargers use a Type 1 connector. These connectors typically supply charge at 3kW to 7kW. The original Nissan Leaf uses a Type 1 charger, as does the Mitsubishi Outlander PHEV.

This is the most common charger type. The majority of EVs and plug-in hybrids can use a Type 2 connector. Power outputs range from 3kW to 43kW.

These connectors look like a Type 2, but are only compatible with the Tesla Supercharger network, which delivers a meaty 120kW.

This style of connector delivers 3-22kW depending on the charger, but it's less common than the Type 2. 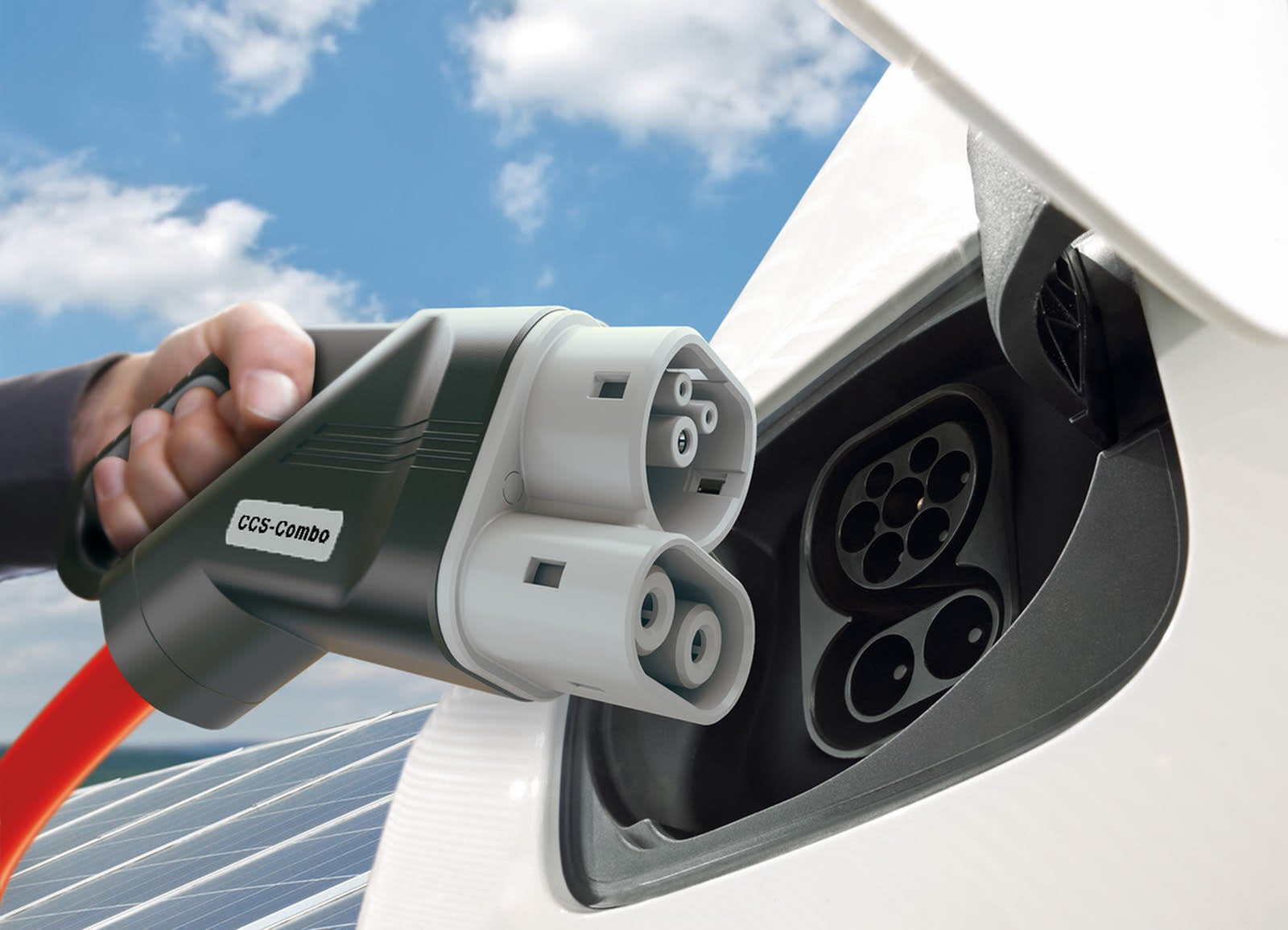 This Japanese standard is an alternative to the European CCS connector. The two aren't compatible. Unsurprisingly, CHAdeMO is generally favoured by Japanese brands, so it's the rapid charger connector to use if you own a Nissan or Mitsubishi.

If it seems rather complicated, that's because it is. But if you own just one EV or plug-in, it's quite straightforward to make sure you have the right lead or leads stashed away in the boot. And many chargers have tethered leads, so it's simply a case of selecting the one that fits your car. 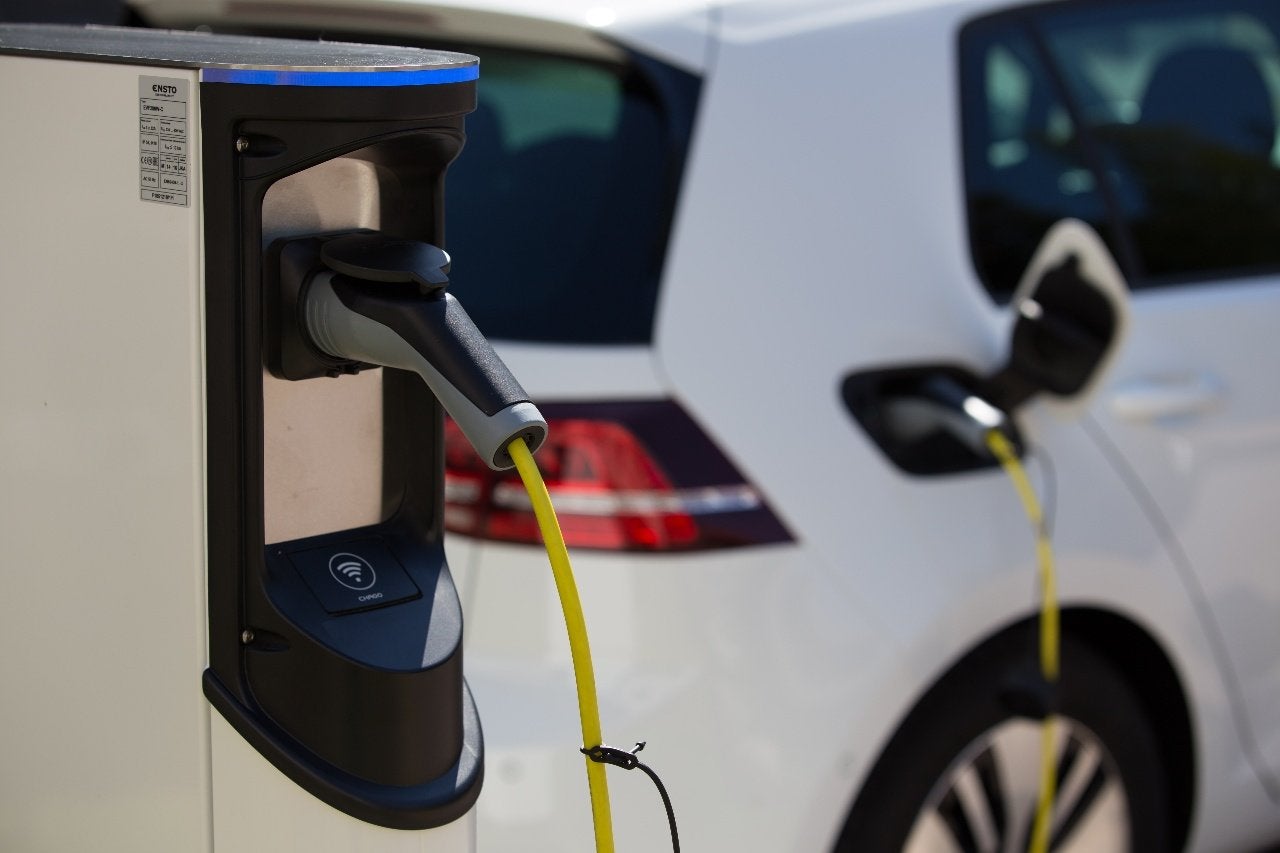 If you have off-street parking or a driveway, you'd be crazy not to have a home charging point installed at home. There's a government grant called the Electric Vehicle Homecharge Scheme that helps with the cost. Expect to pay around £450 after the grant has been deducted.

Out on the road, there's a variety of national and regional EV charging networks that make up the charging infrastructure. Some of the biggest names include Polar, Ecotricity (which has chargers in motorway service stations), and Pod Point. Some tariffs work on a subscription, some are pay-as-you-go. Typically, you pay through an smartphone app or using an RFID card.

With a home charger installed, the right lead in your boot, and a couple of apps on your mobile phone, you're good to go.

by David Motton
The content above is for informational purposes only and should be independently verified. Please see our Terms of Use for more details.