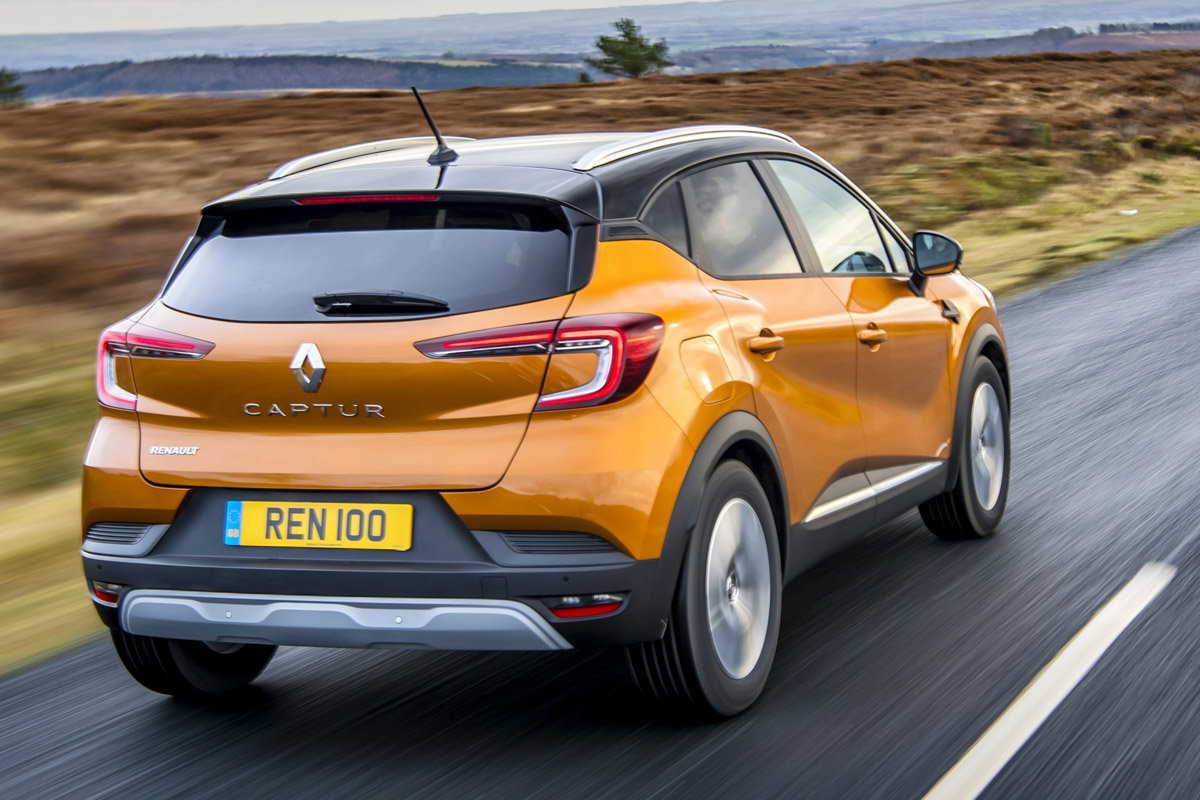 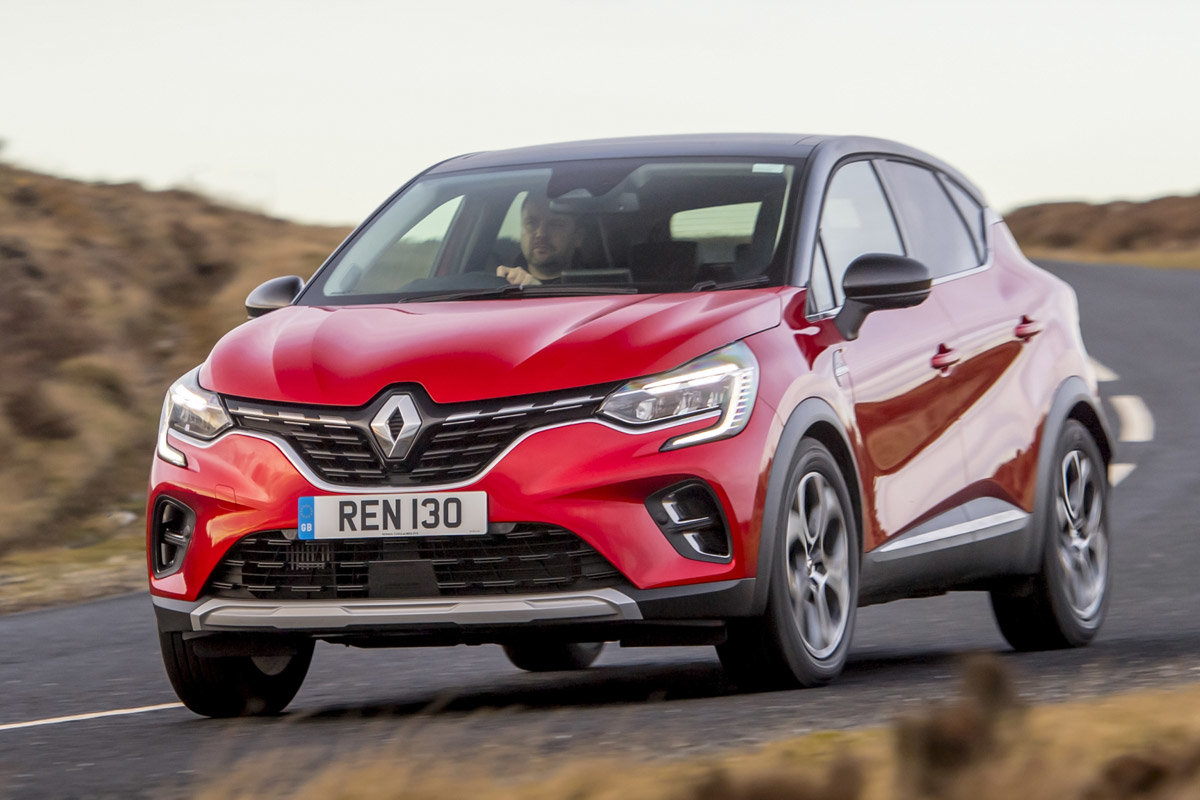 The second-generation Renault Captur is a smartly designed and distinctive crossover that’s practical, well equipped and available as a plug-in hybrid. It’s also sensibly priced and, thanks in part to a five-star Euro NCAP crash test rating, a good option for those with a small family. It’s not as fun to drive as the Ford Puma but, thanks in part to its broad range of talents, it’s a very competitive option in the small SUV sector. 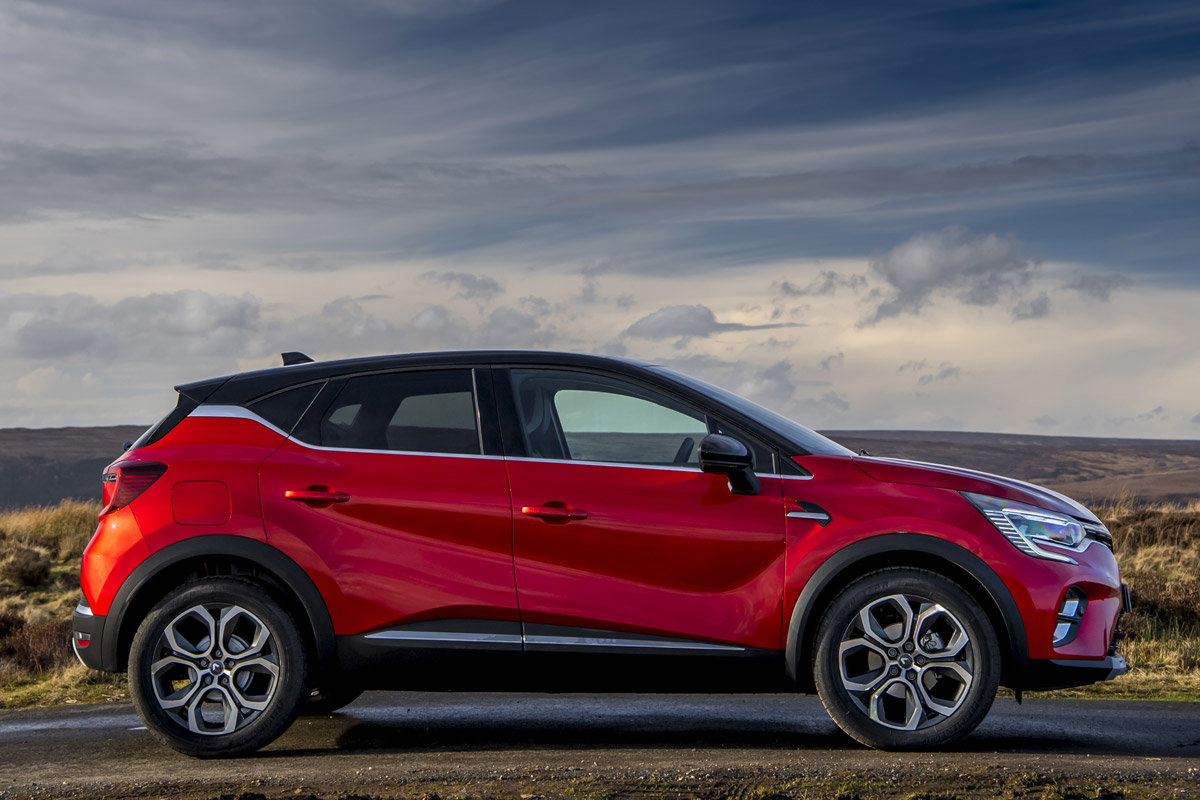 What is the Renault Captur?

If you’re shopping for a compact crossover, it’s easy to be overwhelmed by the sheer array of choices available. You could go for a Hyundai Kona, a Mazda CX-3, a Ford Puma, a Nissan Juke, a Skoda Kamiq, a Peugeot 2008, a Citroen C3 Aircross, a Volkswagen T-Cross, a Seat Arona, a Vauxhall Mokka or one of the myriad other small supermini-sized SUVs currently available.

On your travels, however, you may have also encountered the Renault Captur. The original was one of the cars that defined the compact crossover market and was a phenomenally popular model, and not without just cause; it was well equipped, cheap to run, comfortable to travel in and more attractive than many a car that followed in its footsteps.

This, the second-generation Renault Captur, aims to build on the success of its predecessor. Like the Clio hatchback it's based on, it’s an all-new car, built on an advanced platform, and claims to offer improvements such as increased refinement and more interior space. The freshly styled Captur also features an array of modern technology and engine options, including a plug-in hybrid powertrain called E-TECH.

Renault has made this second-generation Captur easier to live with. The neatly designed cabin does a great job on practicality, with enough head- and legroom for four adults to travel in comfort. It’s possible to get three people across the back seat, but expect it to be a squeeze.

One of the Captur’s most impressive features in terms of practicality is the way you can slide the bench fore and aft. This allows you to trade rear legroom for extra boot space if needed.

Petrol models also feature a much bigger boot than before, offering up to 536 litres of storage space or 1,275 litres with the rear seats down. Also worth bearing in mind if luggage capacity is critical is that the hybrid version has a notably smaller boot than the petrol and diesel models.

Petrol engine options consist of a 1.0-litre TCe 100 petrol, which produces 99bhp, or the 129bhp 1.3-litre TCe 130, which is offered with either a six-speed manual or seven-speed dual-clutch transmission. Diesel options are the dCi 95 or dCi 115, which are both 1.4-litre engines but with power outputs of 94bhp and 114bhp, respectively.

The E-TECH Plug-in Hybrid 160 Auto is the most powerful and features a 1.6-litre petrol engine that works in conjunction with a large electric drive motor and a high-voltage starter/generator; Renault states that the power sources, which can work independently or together, can produce a combined 158bhp, all of which is sent to the front wheels. Renault also claims an electric-only range of up to 30 miles, which could allow many to complete their daily trips without using any fuel at all.

The latest Captur is a better car to drive with than before, too. It rides comfortably, it doesn’t roll as much in corners, it grips well, it's civilised and settled on the motorway and the engines are eager and return good fuel economy. That said, we’d probably opt for the more flexible 1.3-litre TCe 130 over the smaller TCe 100, especially if you regularly travel loaded up with people and luggage.

Special editions are available but the range is underpinned by three main trim levels: Play, Iconic and the S Edition. Play will tick the boxes for most buyers, as it features climate control, cruise control and a seven-inch touchscreen infotainment system with Bluetooth connectivity, a DAB radio, Apple CarPlay and Android Auto. All but the entry-level Captur also get satnav. The car also has an impressive suite of safety systems, which helped the Captur secure the maximum five-star rating in Euro NCAP crash tests.

As was the case with its predecessor, the Captur is offered with an extensive array of options that allow buyers to better personalise the car to their liking. Upgrades such as parking sensors are also offered on some models, if not standard-fit, along with an array of interior and exterior colour packs.

All things consider, the second-generation Renault Captur is a big improvement over the previous model, which should help maintain its popularity in an increasingly competitive family car marketplace. Fresh options, such as the hybrid powertrain, will bolster its appeal further. 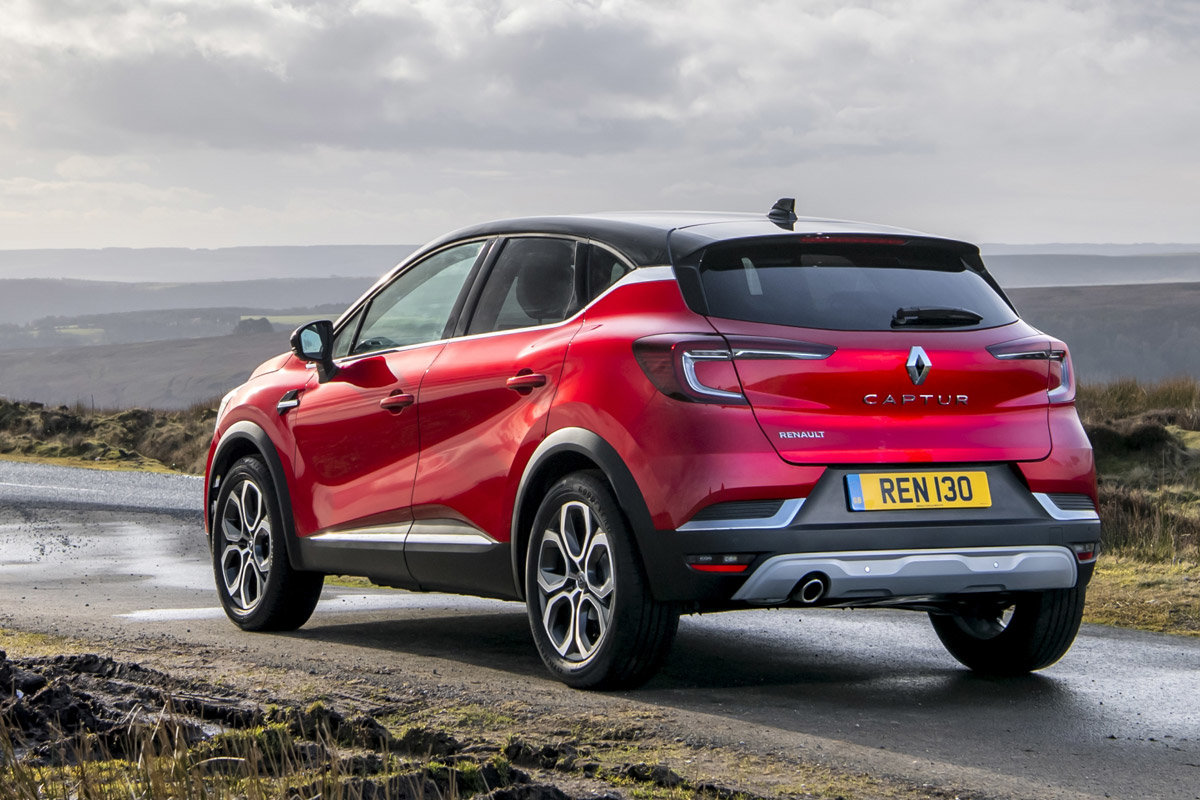 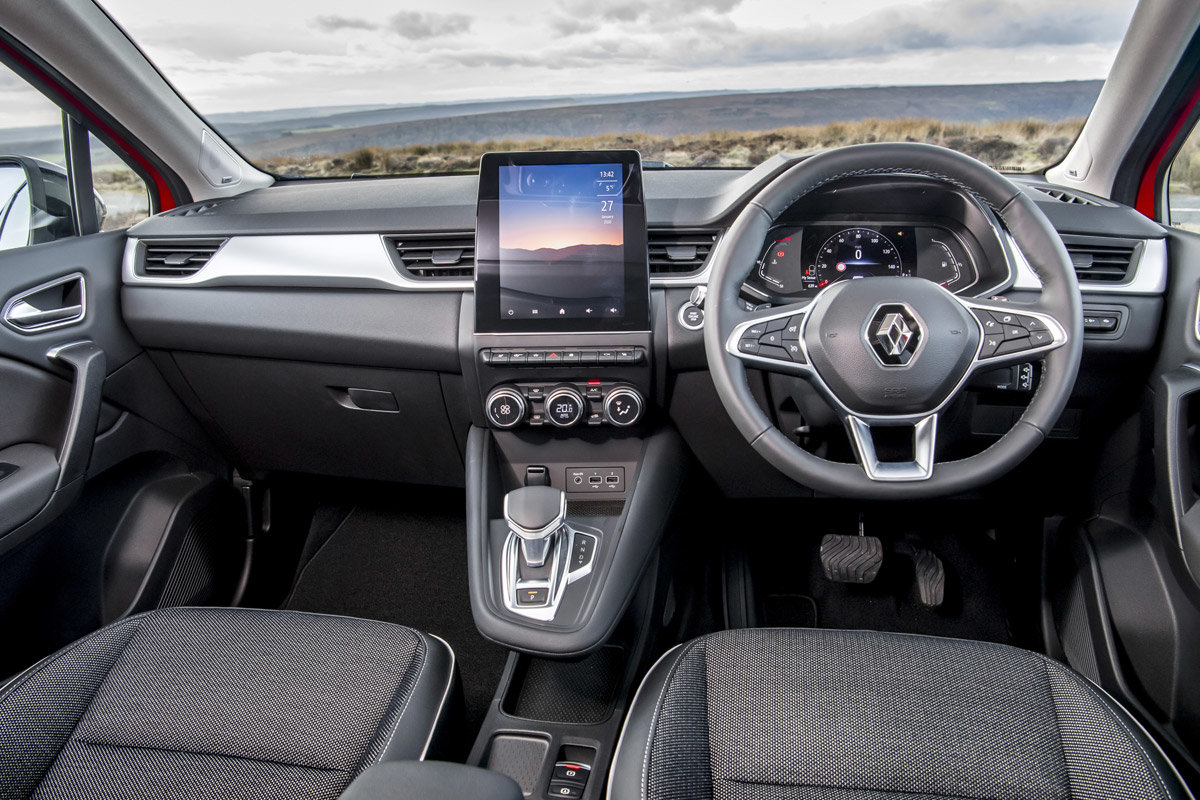 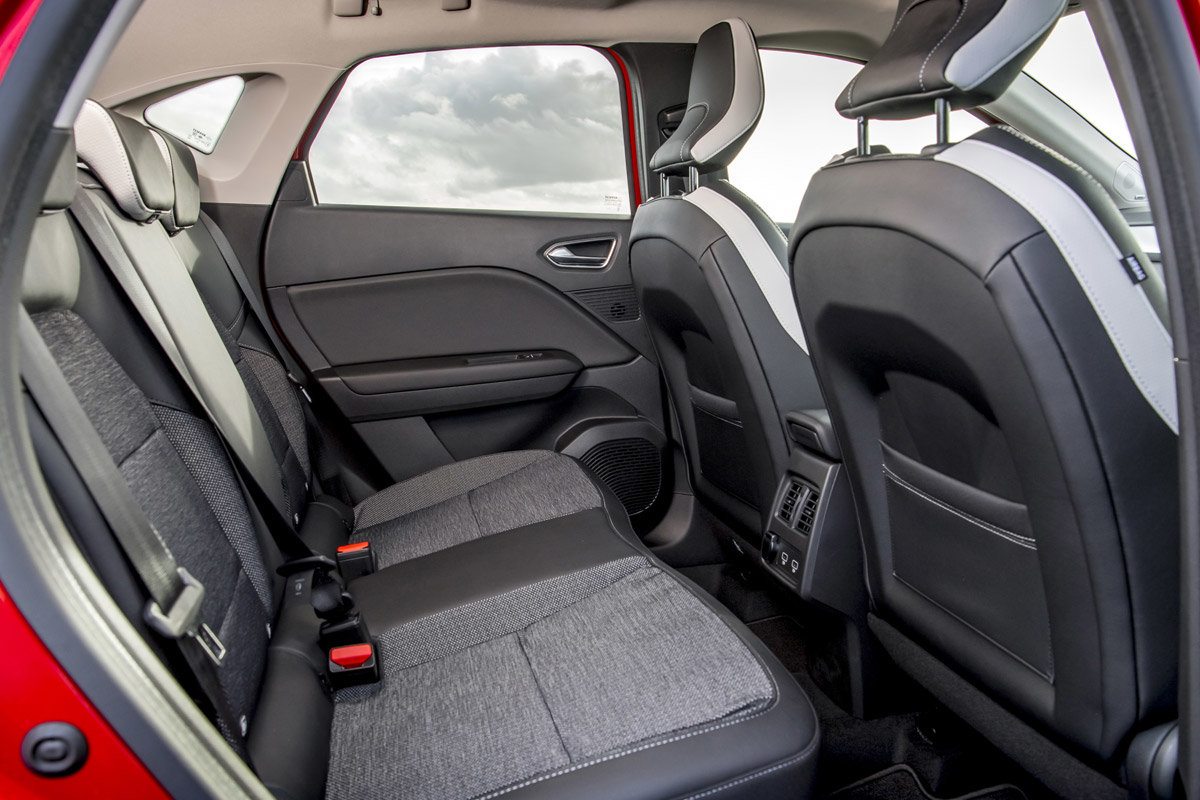 The Renault Captur, as you’d hope for with a small crossover, won’t cost a fortune to run. Every version is efficient, insurance groups are low and most versions are light and mechanically straightforward, factors which will help keep down the costs of consumables, servicing and repairs.

Go for an entry-level TCe 100, for example, and it’ll tip the scales at a svelte 1190kg with no driver behind the wheel. It’ll also average a claimed best of 47.1mpg on the more realistic WLTP test cycle and emit up to 141g/km of CO2, meaning a first-year VED cost of £215.

The variant with the highest emissions is the TCe 130, which emits up to 148g/km of CO2, but that also falls into the first-year VED band of £215 and, like every other conventional model, it will cost £150 from that point on.

As you might imagine, the plug-in hybrid is the best of the bunch; Renault claims up to 188.3mpg and CO2 emissions as low as 33g/km. You’ll pay £0 first-year VED, as a result, and £140 for every year after that due to the hybrid powertrain. The plug-in model’s low emissions will make it of interest to company car drivers, too, and could be of benefit to those who drive in urban areas with congestion charge schemes.

Every Captur requires an A service every 12 months or 18,000 miles and a B service every two years or 18,000 miles. To help control costs, Renault offers three- and four-year Easylife service plans; with a one-off payment, they cost around £500 or £750, respectively. Alternatively, you can pay £10 a month for the three-year plan or £14 a month for the four-year plan.

However, the Easylife scheme can also be purchased up to 12 months after registration or before the first service, so there’s no need to rush that particular decision. 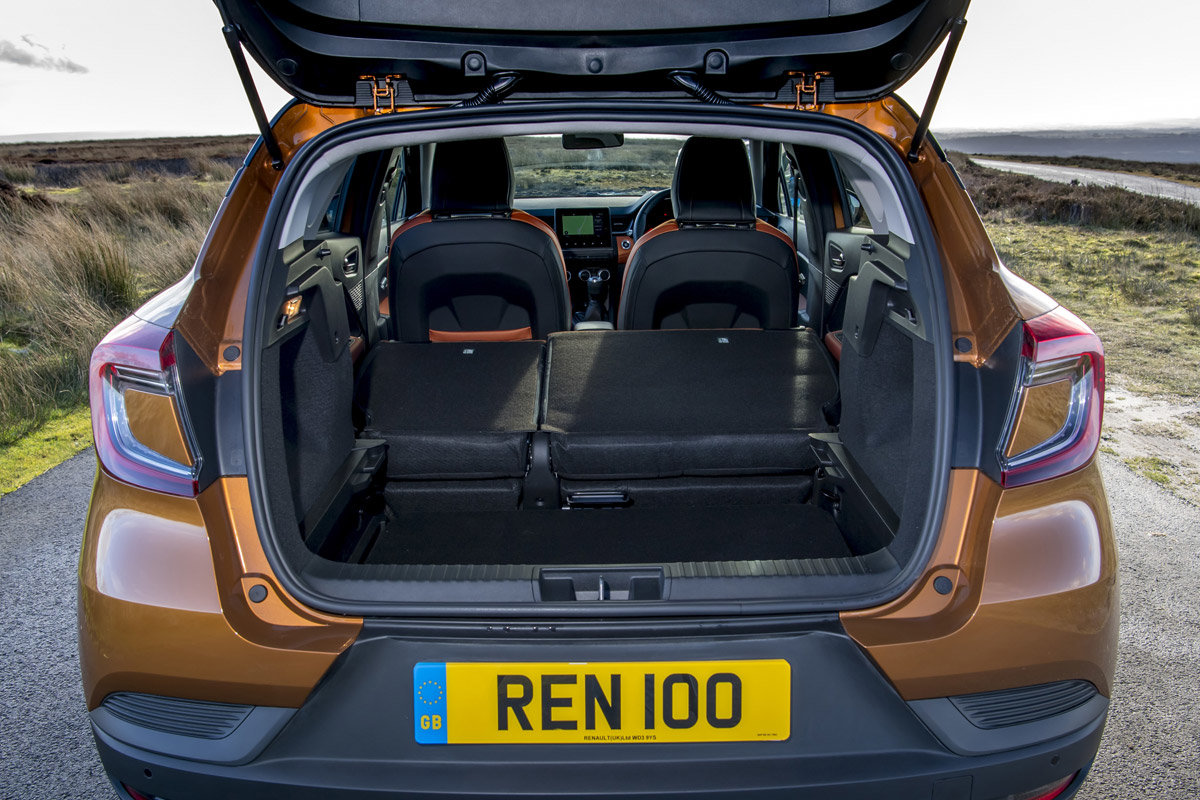 The warranty is one of the appealing facets of the Renault, as alternatives from companies such as Ford, Volkswagen, Skoda, Seat and Nissan only come with three-year warranties. You’ll have to look to Toyota, Hyundai or Kia if you want something similar or better than the Renault offering.

However, Renault often returns only middling-to-poor results in customer and reliability surveys, which does put a negative mark on the Captur’s scorecard. That said, the lengthy warranty is indicative of some confidence in the car on Renault's part. Otherwise, it's a little too early in the latest Captur's life to tell how it'll fare.

If you’re looking at used Renault Capturs, you should investigate the Renault Approved programme. It offers cars that are up to seven years old, with fewer than 70,000 miles on the clock, and every car is comprehensively checked and given a minimum of 12 months’ unlimited-mileage warranty and roadside assistance. You also get a host of other benefits, including five days’ free insurance, as well as access to a 30-day exchange policy should your new car not prove satisfactory. 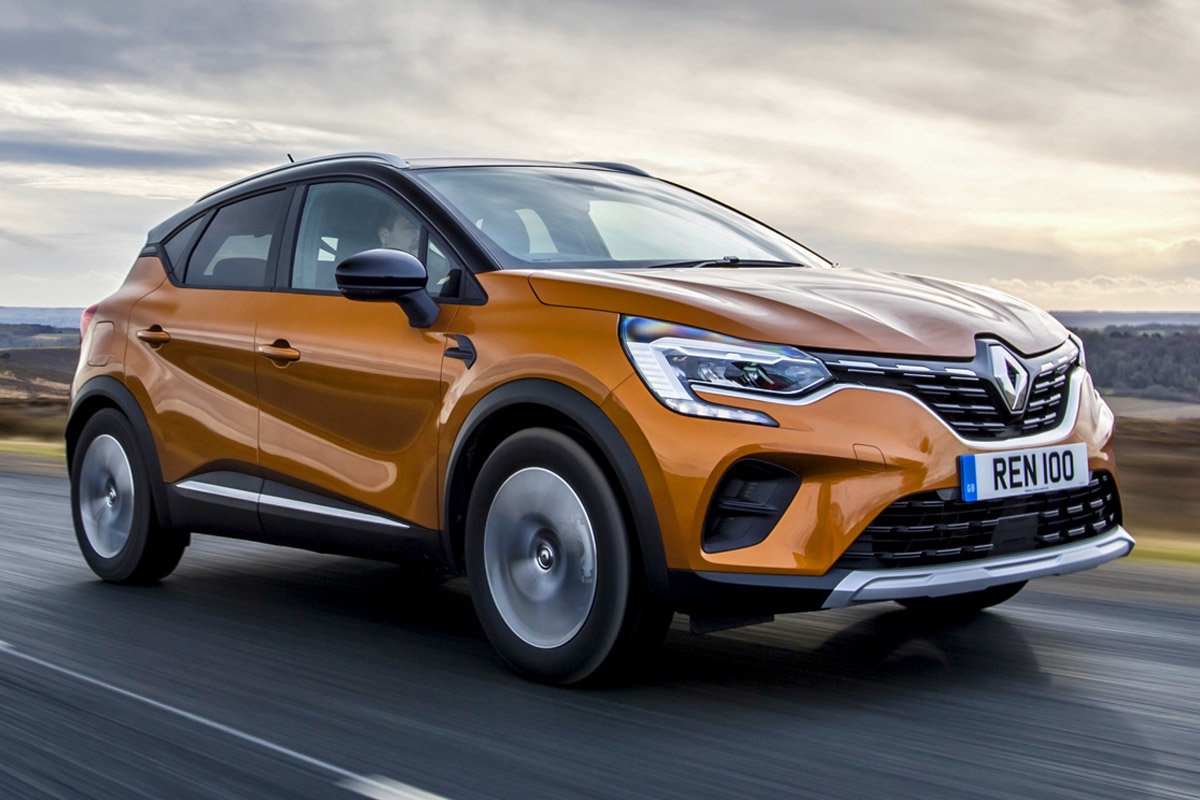 The Renault Captur is definitely one of the more attention-grabbing compact crossovers out there, and even more so when you consider the availability of the hybrid option. There’s substance behind its style, too, though. It is a safe and practical choice, it comes with a good range of equipment, it isn’t overly expensive and it has a good warranty.

It is competing in a challenging sector, however, and there are rivals that do certain things better. The Ford Puma, for example, offers up a more engaging driving experience, but then again, it also costs more and only has a three-year warranty. As a result, if you just want a practical, straightforward and cost-effective crossover, the Renault Captur is definitely worth a look.

Search for a Renault Captur for sale on CarGurus.