If you drive a car in the UK you'll need to know about VED, and in most cases stump up a payment to cover it. In this article we explain exactly what VED is and why it exists, as well as the different rates that apply to different cars.

VED stands for Vehicle Excise Duty, and is the term used to describe the tax you must pay if you own a car in the UK that is driven – or even parked – on a public road. VED is often referred to as road tax or car tax, and the amount you’ll have to pay will depend on the car you drive.

The way VED is calculated and the tax rate car owners must pay is based on a number of factors, including the age of your car. These are worth understanding, especially if you're about to buy a used car, as the tax costs could vary, even between two identical cars.

If you own a car registered for the first time as a new car prior to March 2001, calculating how much VED to pay is simple, as the tax system is based purely on engine size. If the engine’s capacity is less than 1,549cc, you’ll pay £160 per year, and if it is more, you’ll pay £265. If you’re not sure of your car’s engine capacity, it is listed on the V5C registration certificate, also known as the logbook. 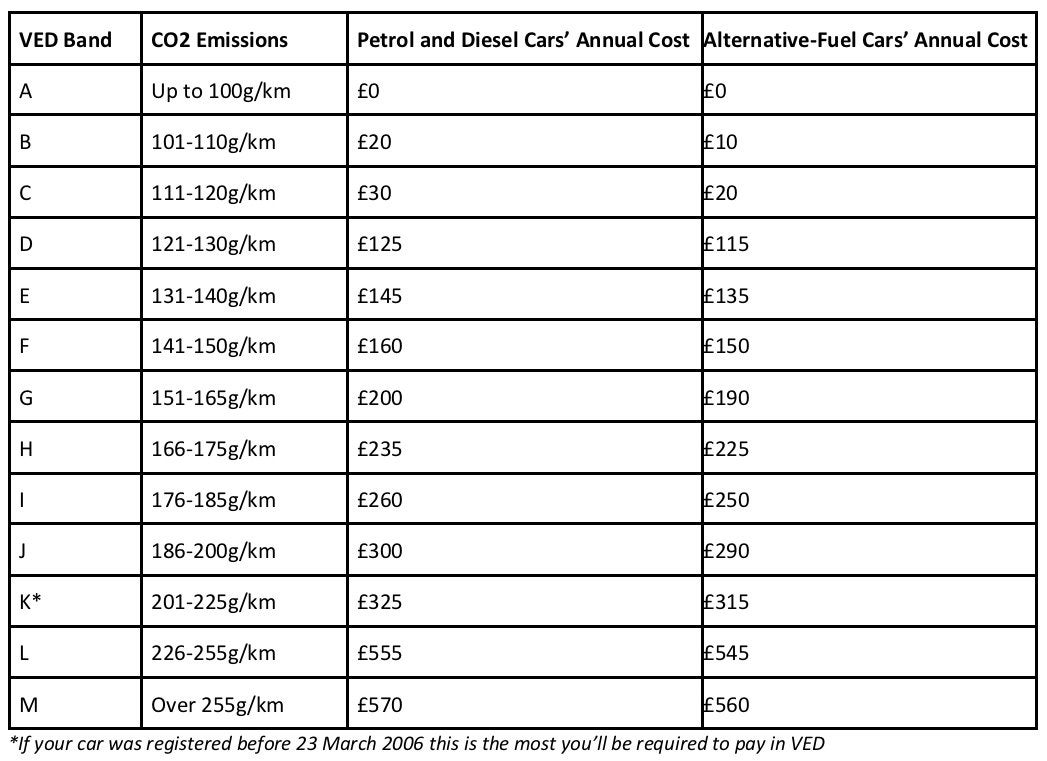 In 2001 VED calculations became based on how much carbon dioxide (CO2) a vehicle emits (expressed in grams per km of CO2). This was part of a Government policy designed to promote the uptake of low-emissions cars and will apply to any car whose first registration fell after March 2001 and before April 2017.

To find out car costs when it comes to tax, you need to know which car tax band a particular vehicle falls into, ranging from A to M. This is listed on the car’s V5C. If you need to ascertain how much VED you’ll pay for a car you don’t yet own, use the search function on the Department for Transport’s VCA website. The table above outlines how much tax applies to each band. 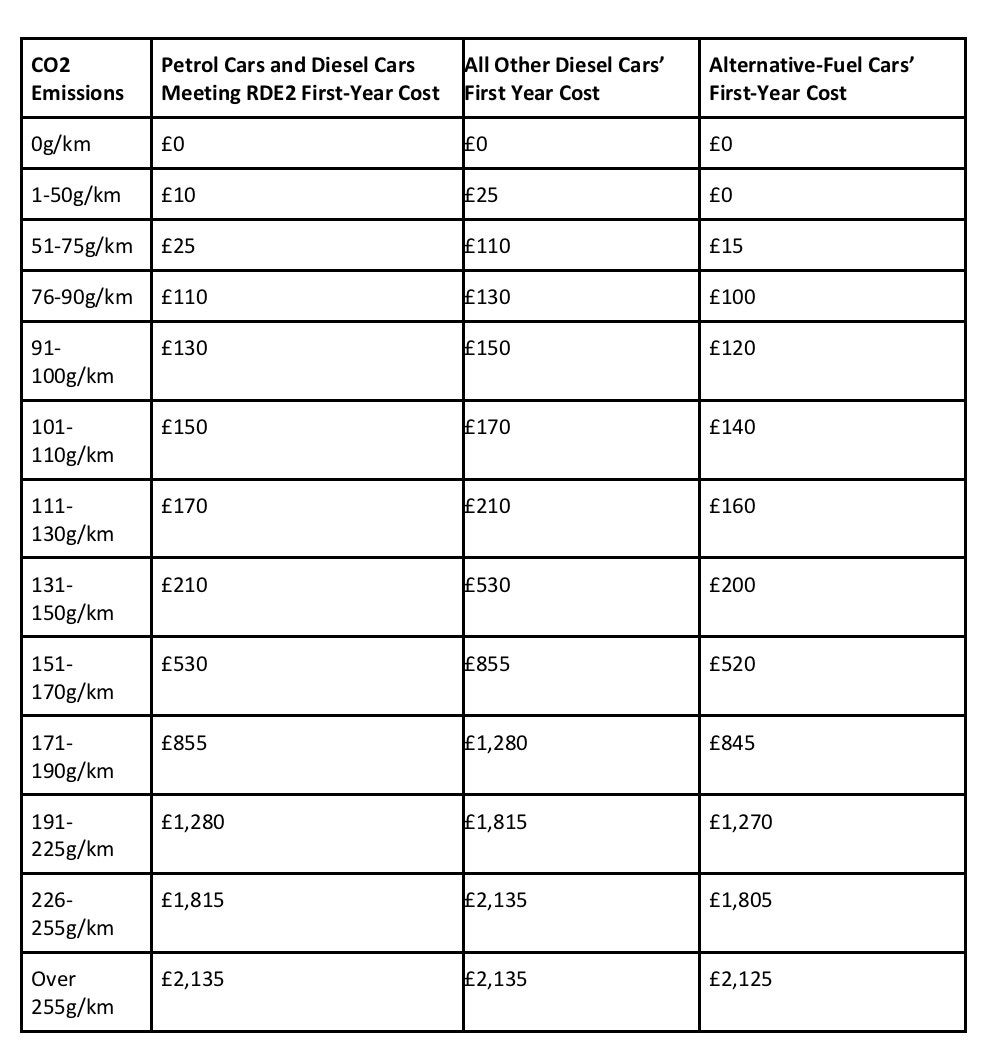 New tax changes came into force in 2017. Any car registered after 1 April 2017 falls under a further revised VED scheme, for which the previous A-M banding was scrapped in favour of a one-off first-year rate linked to CO2 emissions, as per the included table. To further complicate matters, in April 2018 a new rule was introduced that bumps up by one band any diesel car not conforming to Real Driving Emissions 2 (RDE2) standards. Considering that this currently covers every new diesel on sale, it’s worth factoring in.

Then, from the second year, a car’s annual VED rate is no longer based on CO2 emissions, but fuel type. So, if you own a petrol car or diesel car, you’ll pay £145 per year for the rest of its life. If you own an alternative-fuel vehicle, there’s a discounted rate of £135, and if you have a pure electric car or a hydrogen fuel-cell car with zero exhaust-pipe emissions, you remain exempt from paying VED, although you do still need to apply for it on an annual basis.

The exception to this rule is any car costing more than £40,000, for which there’s an additional ‘premium’ tax due of £320 per year between years two and six. After the sixth year VED reverts to just the standard annual rate. Note that the £40,000 threshold refers to the car’s list price and includes any optional extras you might have chosen.

How Do I Buy VED?

You can apply for VED online, by phone (0300 123 4321), or in person at a Post Office. Payment can be made up front for 12 months, 6 months, or monthly via direct debit, although be aware that the latter two options incur a 5% surcharge per year.

VED cannot be transferred when you buy or sell a car. If there is more than a month of VED left to run on a car you’re selling, you will automatically be issued a refund (by cheque) from the Driver & Vehicle Licensing Agency (DVLA), triggered when the new owner registers the car. 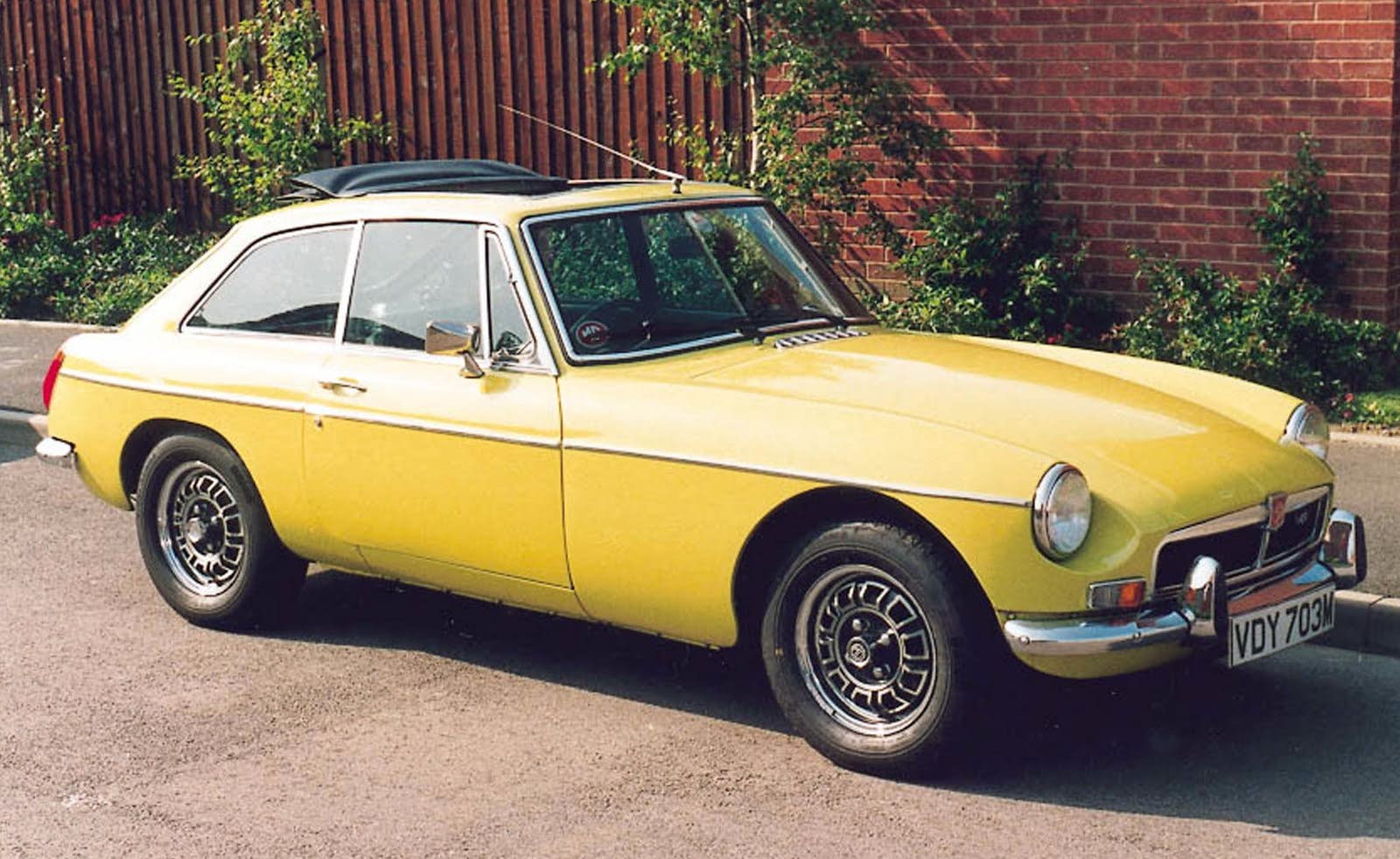 If you own a car built prior to 1 January 1979, you can apply for exemption from paying VED. To do this, complete the relevant section of the car’s V5C registration form (this form is like your car’s birth certificate, so hopefully you’ve filed it somewhere safe) and take it, an MoT certificate, and a V10 tax application form to a Post Office. A member of the staff will be able to initiate the process of reclassifying your car as historic.

What If I Own a Car But Don’t Use It?

If you own a car that is not driven or parked on the road (if, for example, it is kept on private land), it is not subject to tax. Hooray! However, you must notify the DVLA that the vehicle isn’t used by completing a Statutory Off-Road Notification (SORN), which can be done online, by phone (using the number listed earlier in this article), or by filling out the relevant form (V890) at a post office.

What Happened to the Tax Disc? 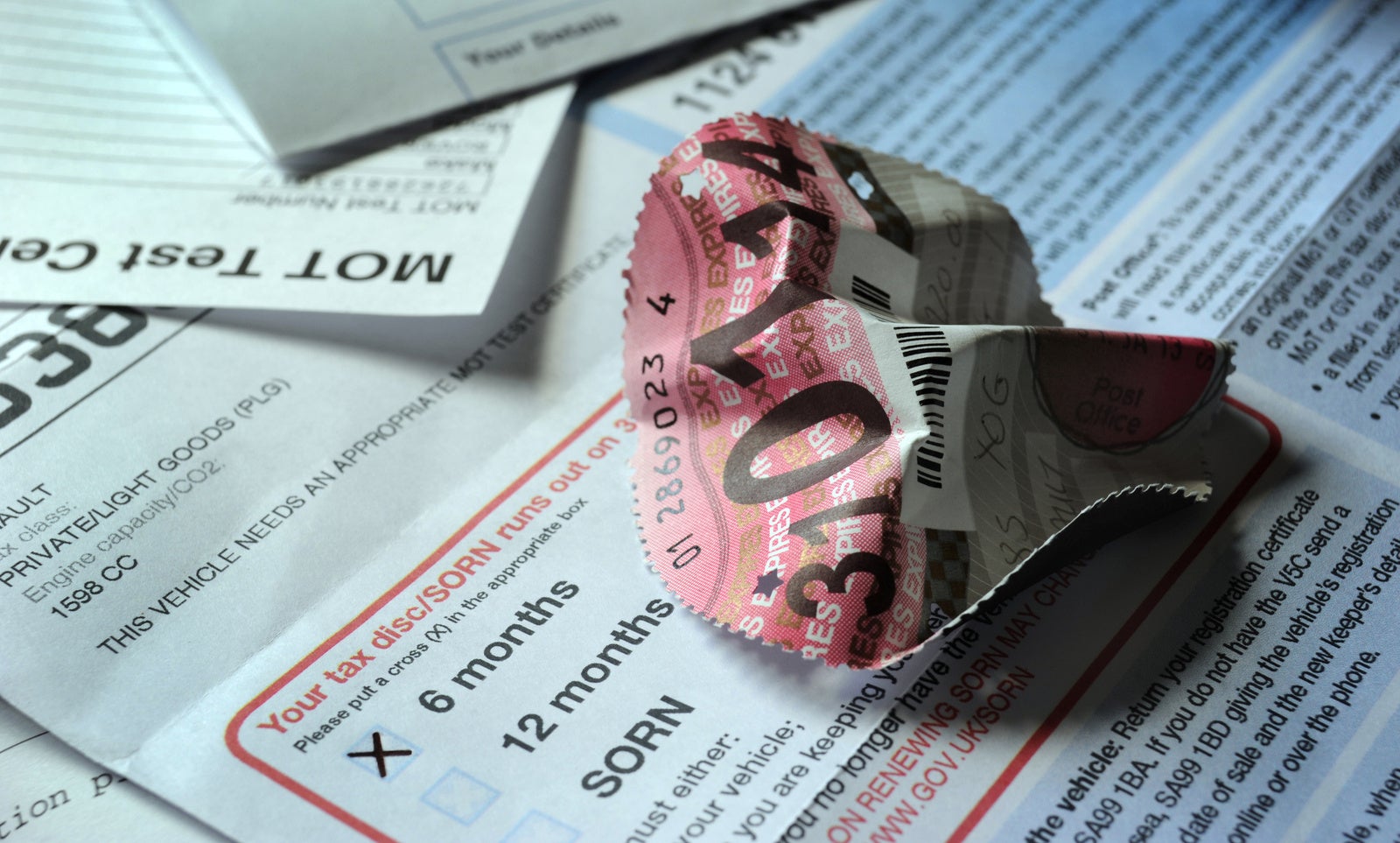 You used to be able to tell if a car was taxed simply by looking at the little round disc displayed in its windscreen. Introduced in 1921, the tax-disc system remained in place until 2014, at which time the DVLA and the police deemed that their increasing reliance on an electronic register of car details had made these familiar paper discs superfluous.