MPVs (multi-purpose vehicles) have fallen out of favour with car buyers in recent years, and they now play second fiddle to SUVs and crossovers. While large SUVs often have seven seats, and sometimes the added ability to go off-road, MPVs – also known as people carriers – tend to be more spacious, more practical and more flexible, so for large families, an MPV is hard to beat as an affordable and roomy used car.

It’s easy enough to find a relatively new model with plenty of modern equipment and safety systems for £10,000, so here’s our pick of the best used MPVs at that price point. 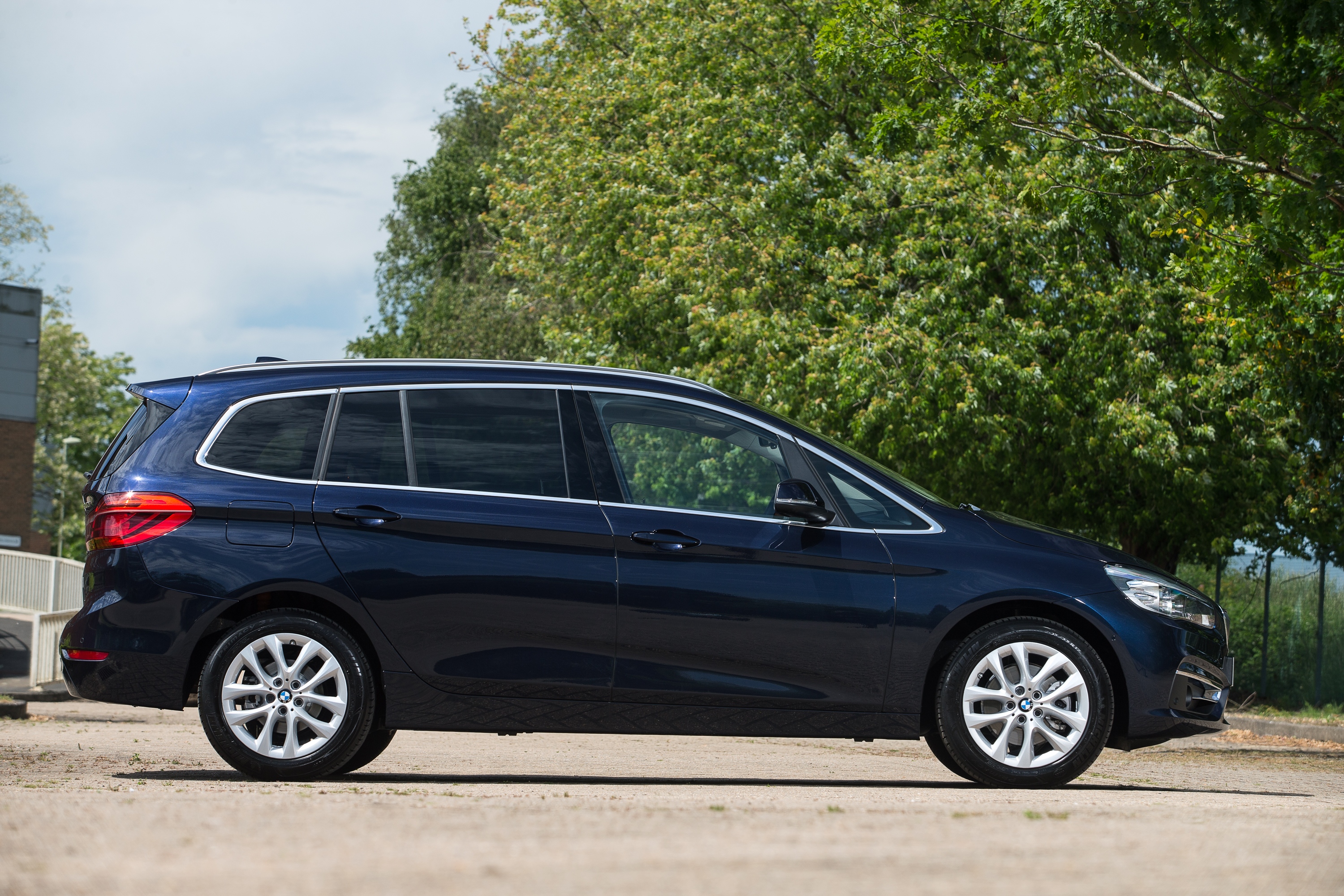 BMW’s 2 Series range comprises a high-performance muscle car in the shape of the M2, a slinky convertible, a five-seat MPV and the seven-seat 2 Series Gran Tourer. While there are certainly more aspirational models in its line-up, the Gran Tourer should not be overlooked. It’s somewhat frumpy to look at and many models are front-wheel drive rather than BMW's trademark rear-wheel-drive layout (the latter almost always makes for a more entertaining drive) the 2 Series Gran Tourer (not to be confused with the five-seat BMW 2 Series Active Tourer) still has a bit of dynamic sparkle. Put it another way and, in the world of seven-seat MPVs, this is one of the best to drive.
The petrol and diesel engines offer strong performance, even with seven-people on board, while the automatic gearboxes are slick and smooth. For those who want the assurance of all-wheel drive the 2 Series is one of the few MPVs to offer it in the form of BMW's xDrive system. You get BMW’s excellent iDrive infotainment system, as well as solid build quality and that premium badge. There are roomier seven-seat MPVs, but the Gran Tourer doesn’t disgraces itself in this regard.
Read our expert review of the BMW 2 Series
Search for a BMW 2 Series on CarGurus 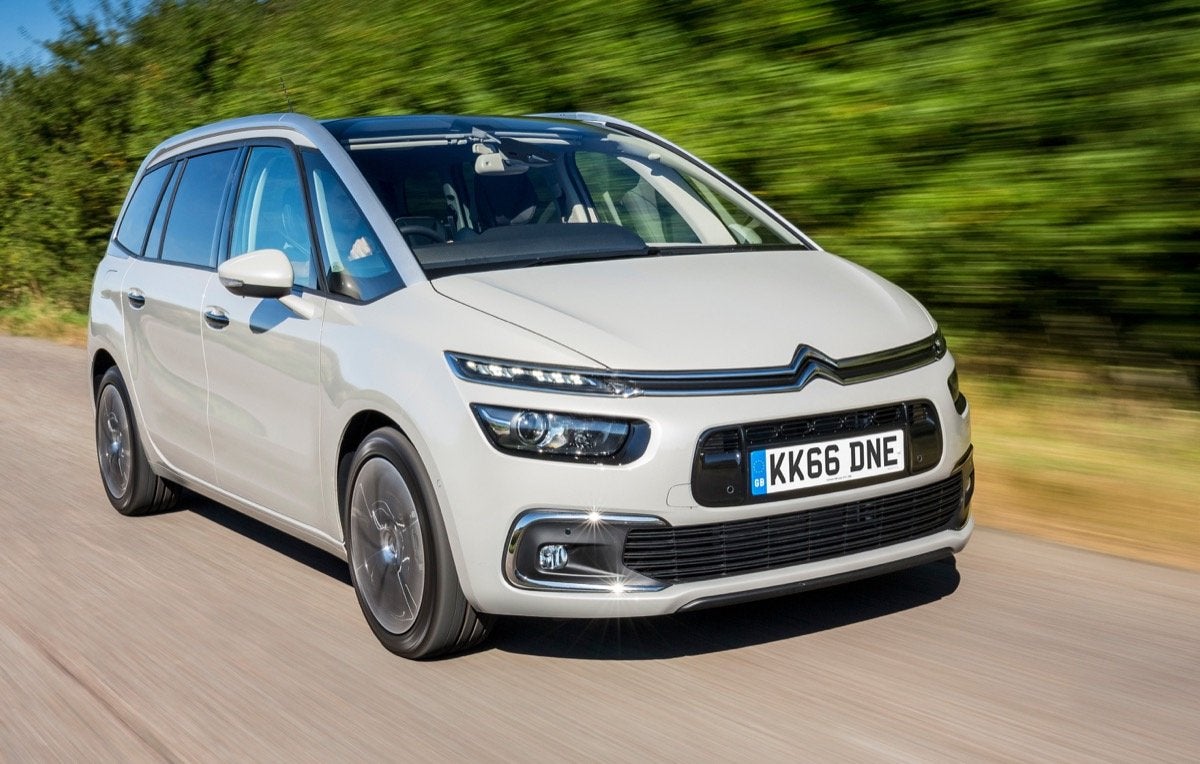 French car manufacturers have been fully invested in MPVs since the Renault Espace first launched in the 1980s, and Citroen has long been one of the leaders in the MPV market. Its five-seat C4 Picasso and seven-seat C4 Grand Picasso (now known as the C4 Spacetourer) have proved very popular with British buyers, thanks in part to attractive exteriors and an equally stylish cabin, and they’re also practical, well made and well equipped.
Petrol engines in either version of the car are very rare indeed, and most used examples will be powered by one of the 1.6-litre HDi diesel units. These are available with a number of different power outputs, which were been tweaked throughout the production run. Whatever the power available, fuel economy from this engine is always impressive, leaving the Picasso with low running costs.
Read our expert review of the Citroen C4 Picasso
Read our expert review of the Citroen Grand C4 Picasso
Search for a Citroen C4 Picasso on CarGurus
Search for a Citroen Grand C4 Picasso on CarGurus 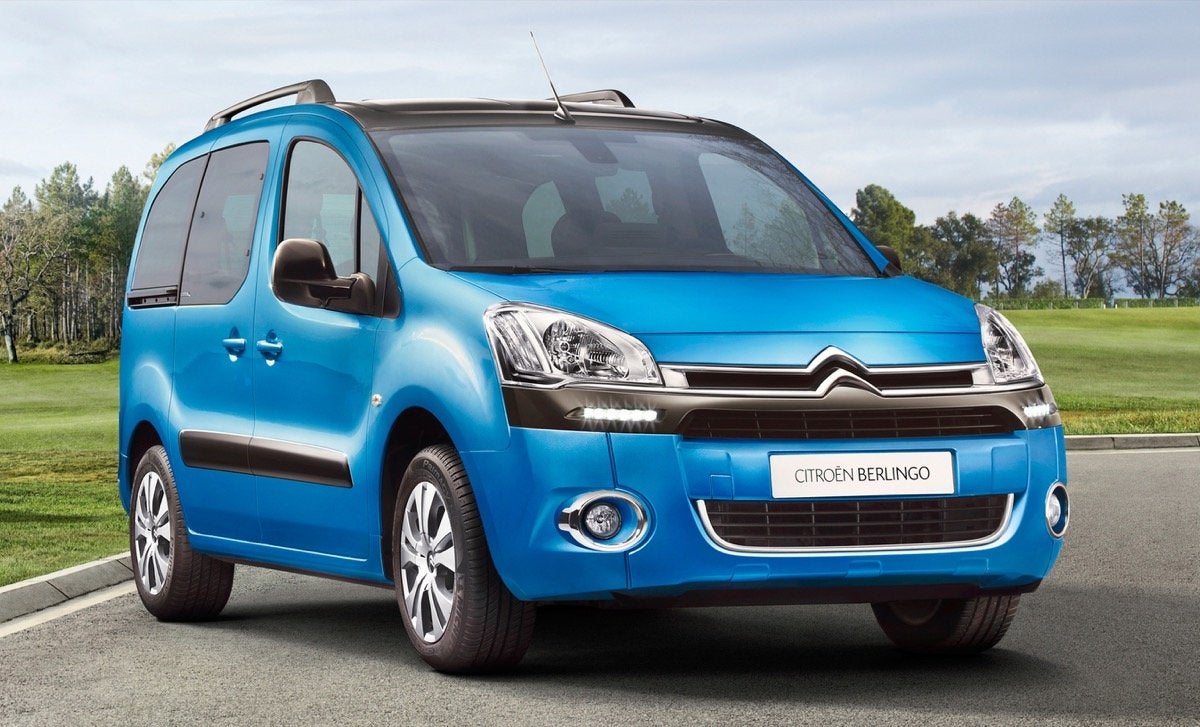 MPVs based on commercial vehicles are not uncommon, and the Citroen Berlingo Multispace is a good example of how manufacturers adapt vans to become people carriers. The Berlingo Multispace is based on a van, but it also incorporates elements of Citroen and Peugeot passenger cars. The boxy shape affords it a great deal of boot space and it’s very practical; the high roofline creates a number of clever storage options, such as overhead shelves and a 50-litre locker above the boot.
The seats have a degree of flexibility – although not as much as some rival MPVs such as the Seat Alhambra – and they’re very comfortable. Don't expect anything too plush, though because the hard-wearing materials reflect its commercial vehicle roots. A 2015 facelift updated much of the equipment, such as the infotainment system, so it’s worth looking at what’s fitted to the example you’re thinking of buying. Unsurprisingly, most used Berlingo Multispace models are powered by diesel engines, but they’re also about as aerodynamic as a brick wall, which takes the edge off fuel efficiency.
Search for a Citroen Berlingo on CarGurus 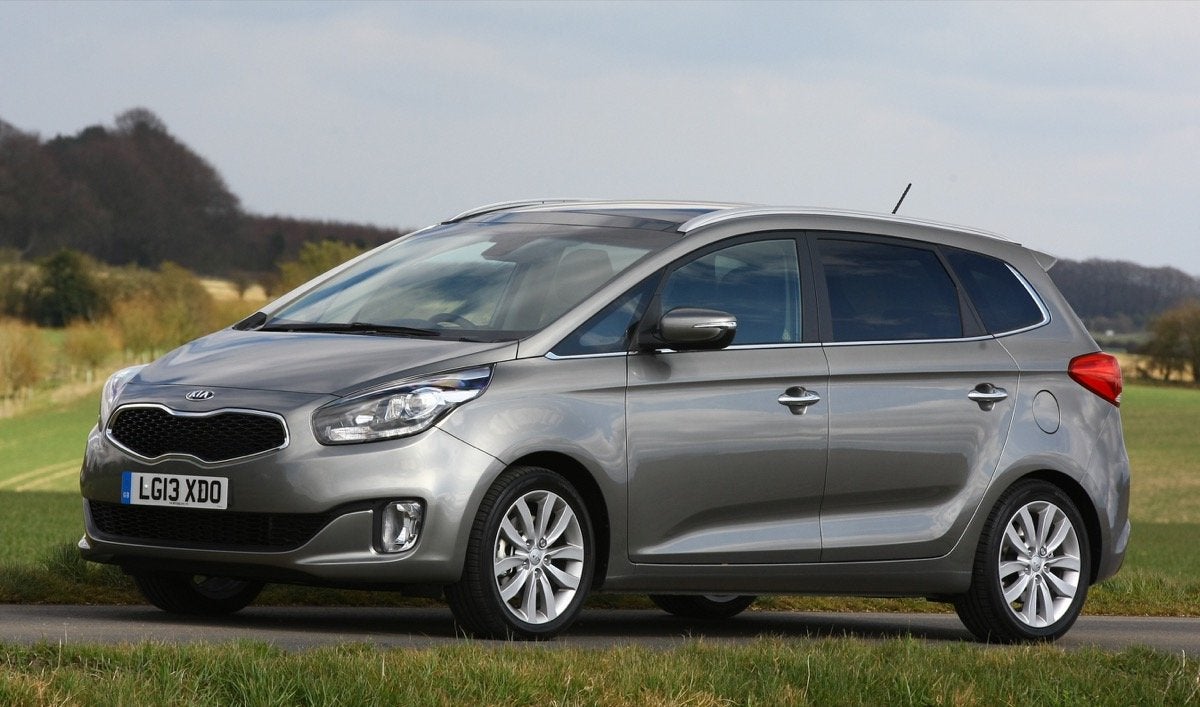 The seven-seat Carens is a great example of how Kia is increasingly defying its budget roots. Examples of the third-generation Carens, first launched in 2013, are now dipping below the £10,000 mark, which makes them a very promising proposition. This generation of the Carens is a lot more sophisticated than its predecessor, with a smart exterior and a high-quality, practical interior.
It’s not what you’d call a riot to drive, but it isn’t unpleasant, courtesy of predictable handling and direct steering. The Carens is also covered by Kia’s excellent seven-year warranty, which is transferable from owner to owner – which dwarfs the three years of cover offered by rivals such as the Volkswagen Touran. Warranties on the earliest cars have now expired, but we’ve seen cars advertised for less than £10,000 that will still be covered for a year or so, which makes them particularly good buys.
Read our expert review of the Kia Carens
Search for a Kia Carens on CarGurus 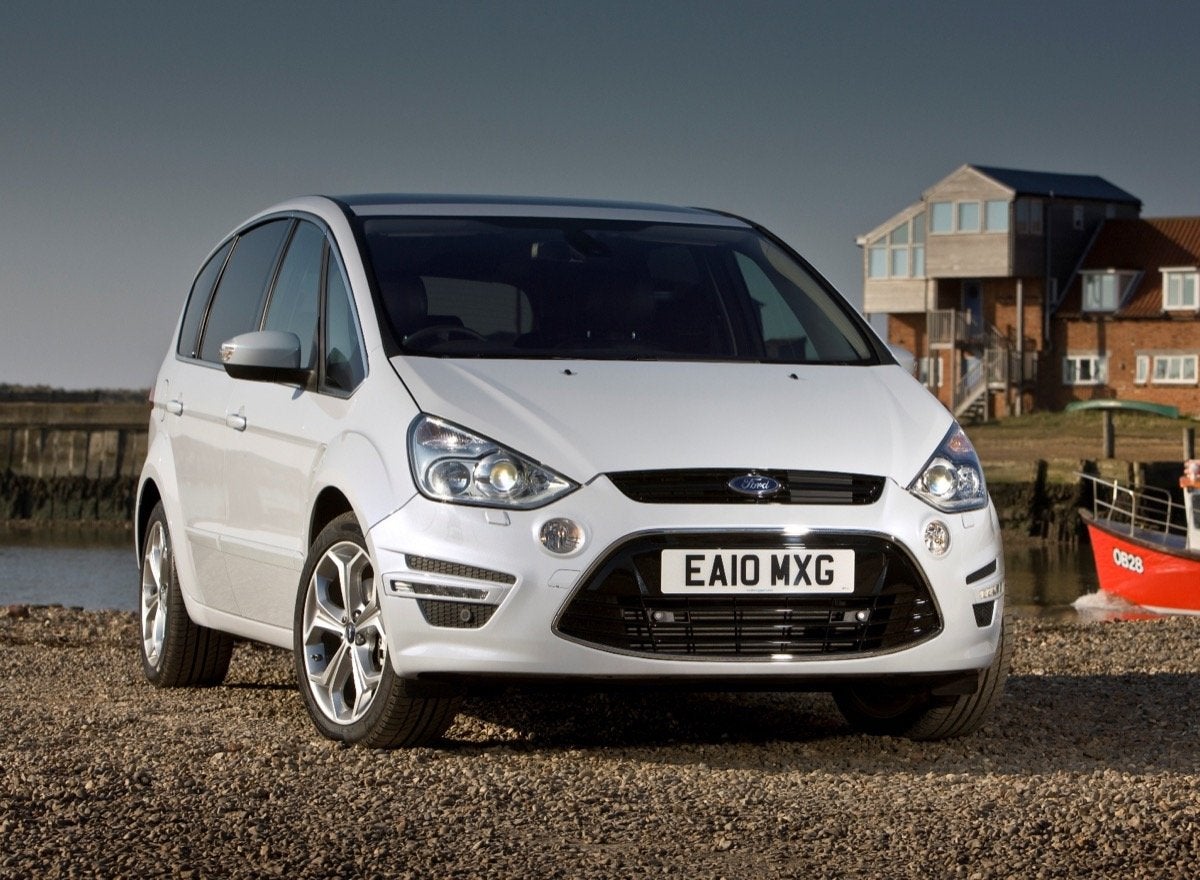 There’s been a longstanding joke that buying an MPV meant an end to driving a fun car, but it lost its punchline when the Ford S-Max was launched. It’s an MPV, but one that demonstrated how Ford could make any kind of car a hoot from behind the wheel, whatever its size. Launched at the same time as the Ford Galaxy in 2006, the S-Max was an MPV that perhaps wasn’t as practical as its sibling – the roofline was noticeably lower, for example, meaning less headroom in the back seats – but it more than made up for that in other areas.
It’s really well designed, with a solid, functional and attractive cabin, featuring technology that was pretty cutting edge at the time. It manages to scale up the handling abilities that make the Ford’s hatchbacks – chiefly the Fiesta and the Focus – leaders of their respective classes for handling, while the diesel engines provide plenty of power. If your budget is lower and you can handle less space, then the smaller Ford C-Max people carrier is also worth a look.
Search for a Ford S-Max on CarGurus 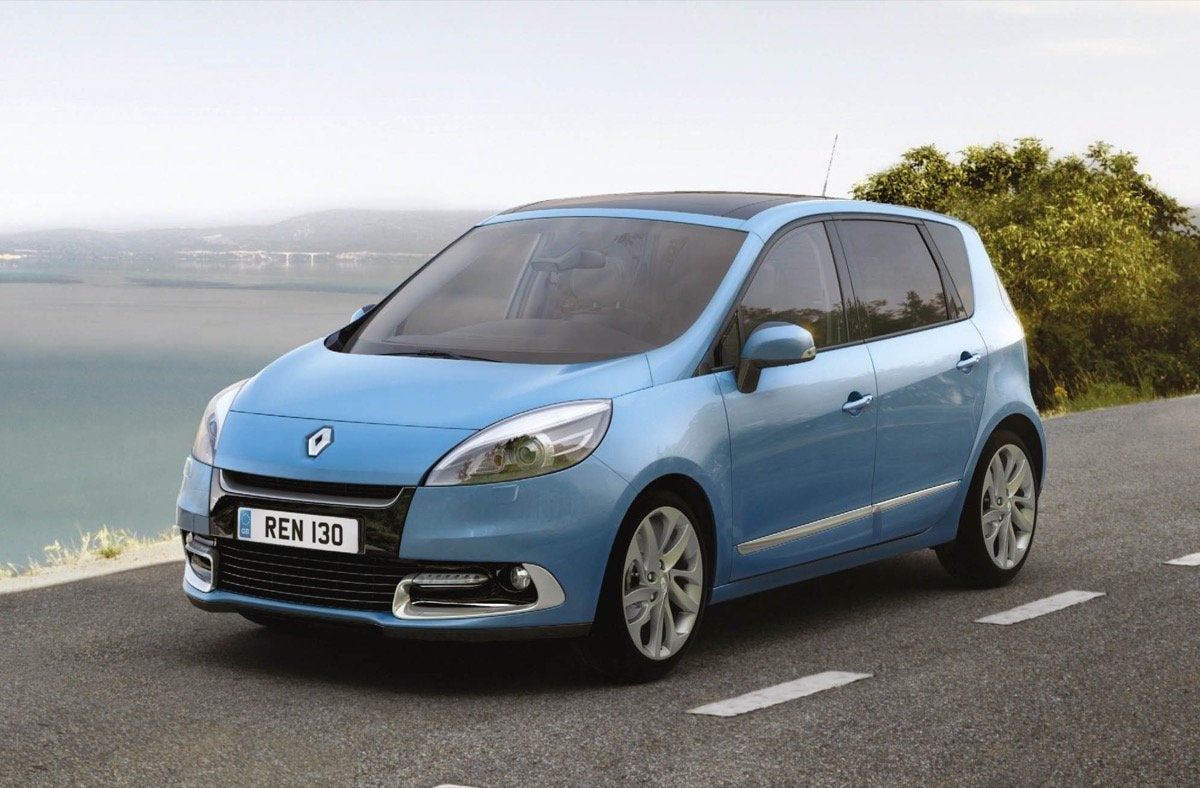 Renault is arguably the daddy of the MPV sector, so its pair of people carriers – the five-seat Scenic and seven-seat Grand Scenic – deserve consideration. The Scenic models are particularly stylish – far more so than an equivalent Vauxhall Zafira – and for less than £10,000, you can find third-generation cars that are smart, comfortable and exceptionally well equipped.
Standard equipment includes sat-nav, air-conditioning, a big touchscreen infotainment system, cruise control LED running lights and keyless entry, with rear-seat passengers getting fold-out tables and sun blinds. The spacious interior, partially created by a high roof, means passengers in the first two rows have plenty of room. You can’t say the same for the third row of the Grand Scenic, but you can fold and slide the rear seats for greater flexibility. Diesel engines again constitute the vast majority of powertrains in used Scenics and Grand Scenics, and you can choose between 1.5-litre and 1.6-litre units, which should return more than 50mpg.
Search for a Renault Scenic on CarGurus
Search for a Renault Grand Scenic on CarGurus 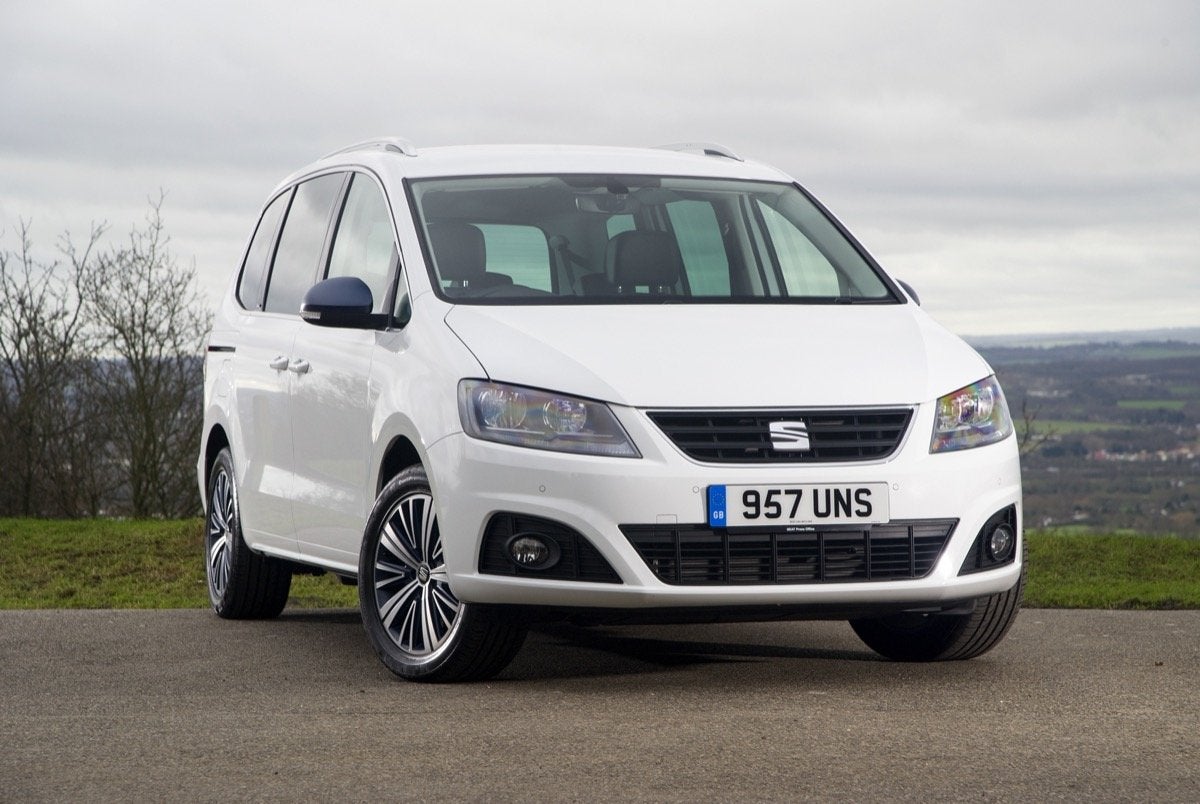 The Alhambra shares its platform with the Volkswagen Sharan, so many of the same mechanical parts are shared on both vehicles, but its blend of people-carrier practicality and a smart design makes it one of the best seven-seat MPVs on the market. For less than £10,000, you can pick up a four- or five-year-old Alhambra, which may include the later infotainment system with better smartphone compatibility.
The interior is incredibly flexible, with seats that slide, roll and fold into whatever configuration you need. There are petrol-engined versions of the Alhambra but they’re rare, as cars fitted with the 2.0-litre TDI diesel engine were the popular choice among original buyers. The earlier models had 138bhp or 168bhp, while post-2015 facelifted cars increased power to 148bhp and 181bhp respectively, but they all offer punchy performance and good fuel economy. Rear sliding doors make it even more practical than the competition.
Search for a Seat Alhambra on CarGurus 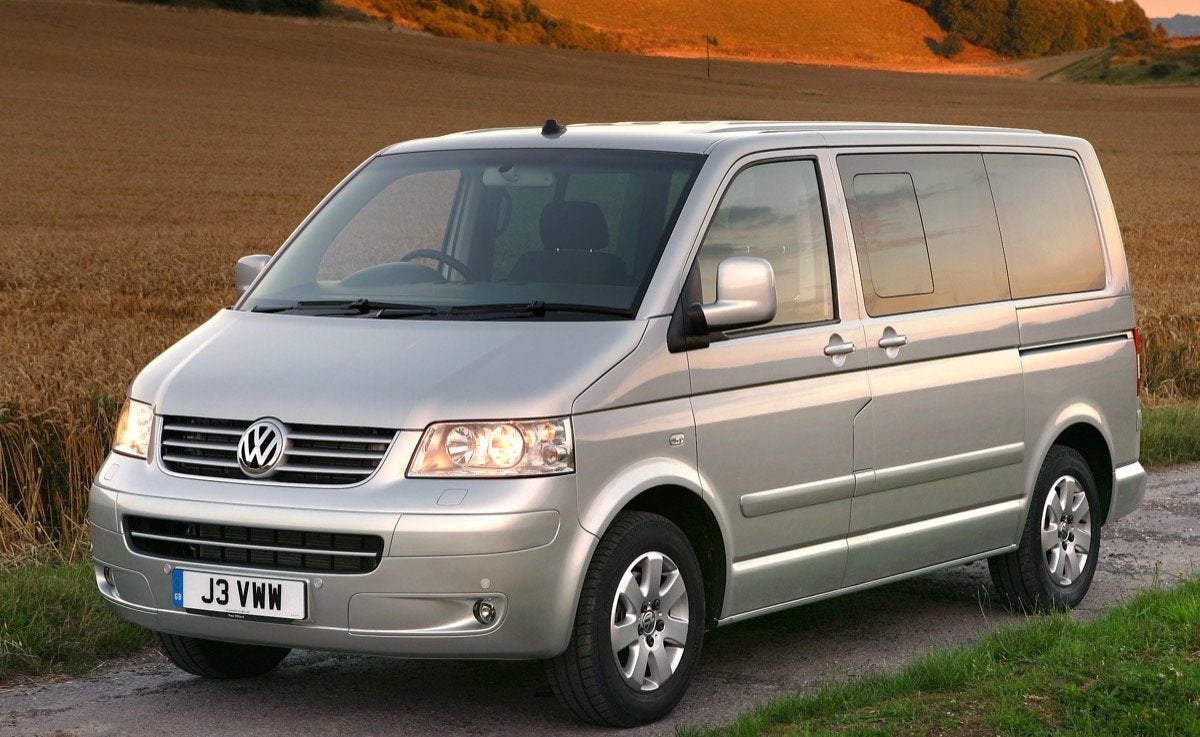 The passenger version of the Volkswagen Caravelle van can seat up to eight people, so you get more chairs for your money. The seats and benches can also be turned around, folded and even removed completely, depending on what the vehicle is being used for, while sliding rear doors mean access is a doddle, even in a tight parking space.
It’s also comfortable and easy to drive, once you get used to its lofty dimensions. The bad news is that Caravelles are in so much demand on the used market that, for £10,000, you’re looking at a vehicle that is at least 15 years old, so you won’t have some of the mod cons you’ll find in more recent cars. Mileages are likely to be in six figures, with many having racked up 200,000 miles. That said, Caravelles are in such demand for several good reasons, including practicality, flexibility, build quality and equipment levels.
Search for a Volkswagen Caravelle on CarGurus

by Craig Thomas
The content above is for informational purposes only and should be independently verified. Please see our Terms of Use for more details.