Best ULEZ-Exempt Cars for all Budgets 2022

The London Ultra Low Emissions Zone – or ULEZ – is an area covering Central London that older diesel and petrol cars must pay a daily charge of £12.50 to enter. It applies 24/7. The ULEZ originally covered the same area as the London Congestion Charge zone, which has a separate charge of £11.50 and applies to any car producing more than 75g/km of CO2 that enters the area between 7am and 6pm Monday to Friday.

However, in October 2021 the ULEZ expanded to cover the whole area within London’s North and South circular roads – the A406 and the A205. So how can you avoid paying the extra charge?

What are the ULEZ Rules?

Any petrol car that meets at least Euro 4 emissions standards (which became a legal requirement on petrol cars built from 2006) is exempt from the ULEZ charge. Diesel cars, however, have to comply with Euro 6 emissions ratings, which became obligatory for new cars in September 2015.

There’s also an intriguing loophole where all cars over 40 years old are classed as exemptions, so they count as compliant cars – and a 1960s classic would certainly make the London commute more interesting. Another irony is that the Euro 4 and above petrol rules mean you wouldn’t need to pay the ULEZ charge if you were to drive a thirsty V8 saloon, such as the joyous yet economically disastrous Vauxhall VXR8. However, we’ll be sticking to the more sensible everyday options with our selection of top ULEZ-exempt cars.

You can find out if a car you’re interested in is exempt from the ULEZ charge by using the Transport for London online vehicle checker – but first, why not check out our list of low maintenance, low fuel cost, used cars that meet ULEZ standards at any budget. 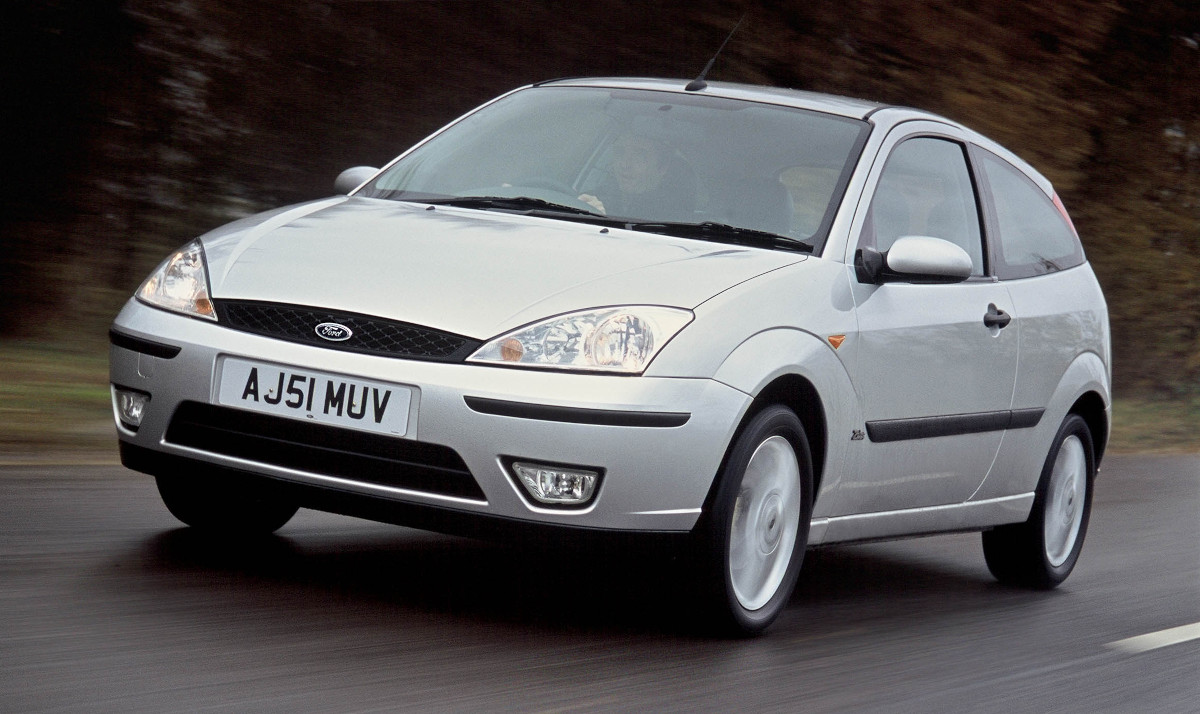 Price: £600 – £2,000
The first-generation Ford Focus was an absolute revelation when it appeared in 1998. Practical, good-looking and enormous fun to drive, it blew the competition away. Skip forward a couple of decades and the robust little Focus now makes a great choice for London drivers on shoestring budget. Every petrol model passes the ULEZ test, parts and servicing costs are affordable, and there are still plenty of used examples around.
Search for a used Ford Focus for sale on CarGurus 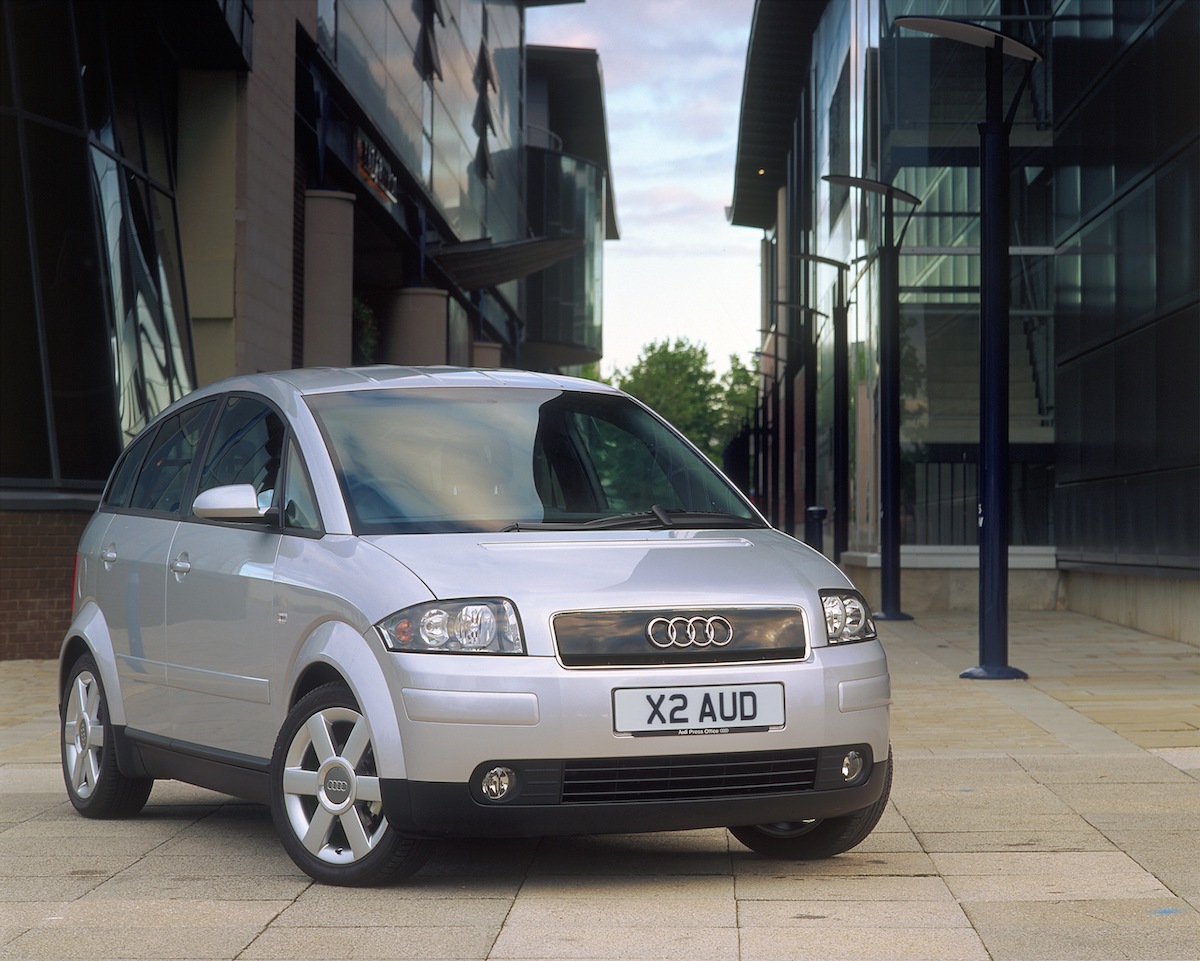 Price: £700 – £5,000
The Audi A2 is a gem of a used car and it's our budget premium option. Some might not like the boxy shape, while others consider it a something of a cult modern classic, but it was designed to offer maximum interior space in a very compact car – ideal for city commuting. It’s light and precise to drive and very cheap to run. The only downside is that bodywork can be expensive to repair if it’s damaged, as the aluminium panels (and aluminium spaceframe that it sits on) aren’t easy to fix.
Search for a used Audi A2 for sale on CarGurus 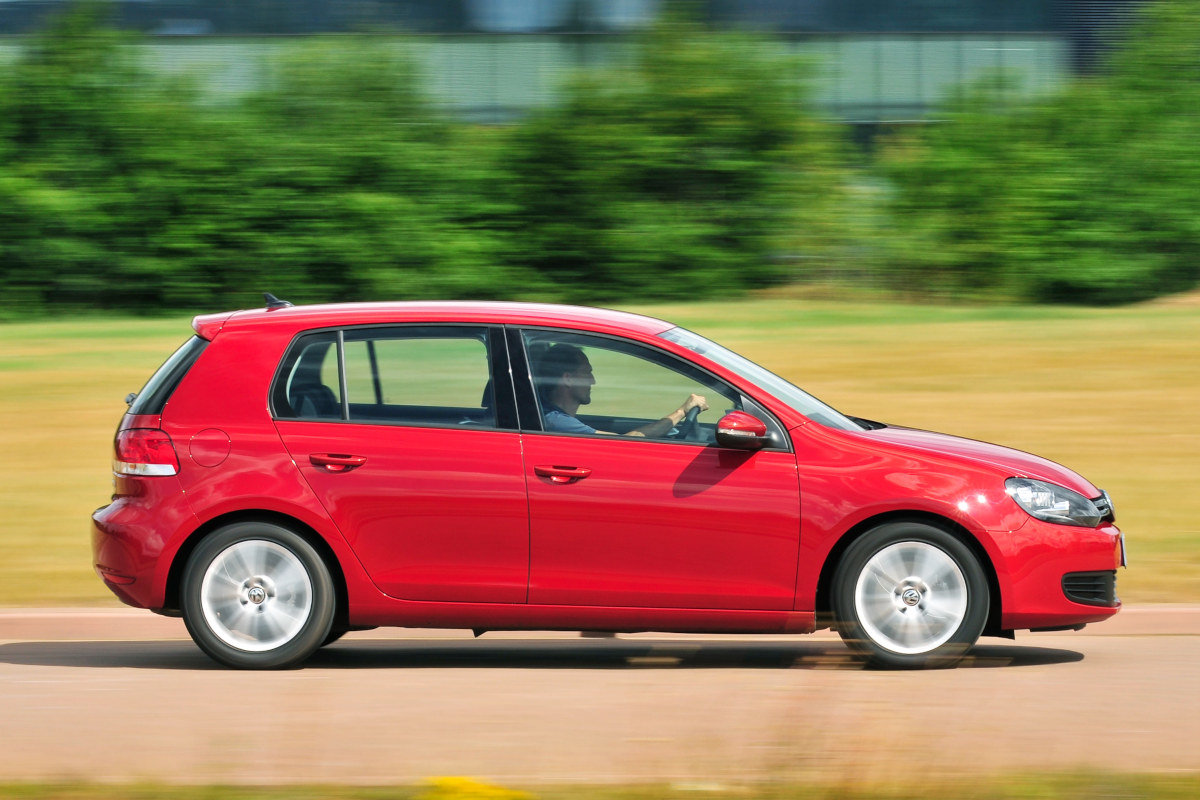 Price: £4,000 – £8,000
Cars don’t get more ubiquitous than the VW Golf, but its popularity is deserved. It’s a sweet, natural drive with a solid and roomy interior. Fun but comfortable, affordable yet classless, practical but not dowdy – that’s the Golf. Used ones are everywhere and make brilliant family cars. The Mk6 shown here arrived in 2009 and was replaced in 2013. Our pick would be the 1.4 TSI, which is quiet, frugal, and cheerfully willing, whether you go for the manual or dual-clutch ‘DSG’ automatic.
Read our expert review of the Volkswagen Golf Mk6
Search for a used Volkswagen Golf Mk6 for sale on CarGurus 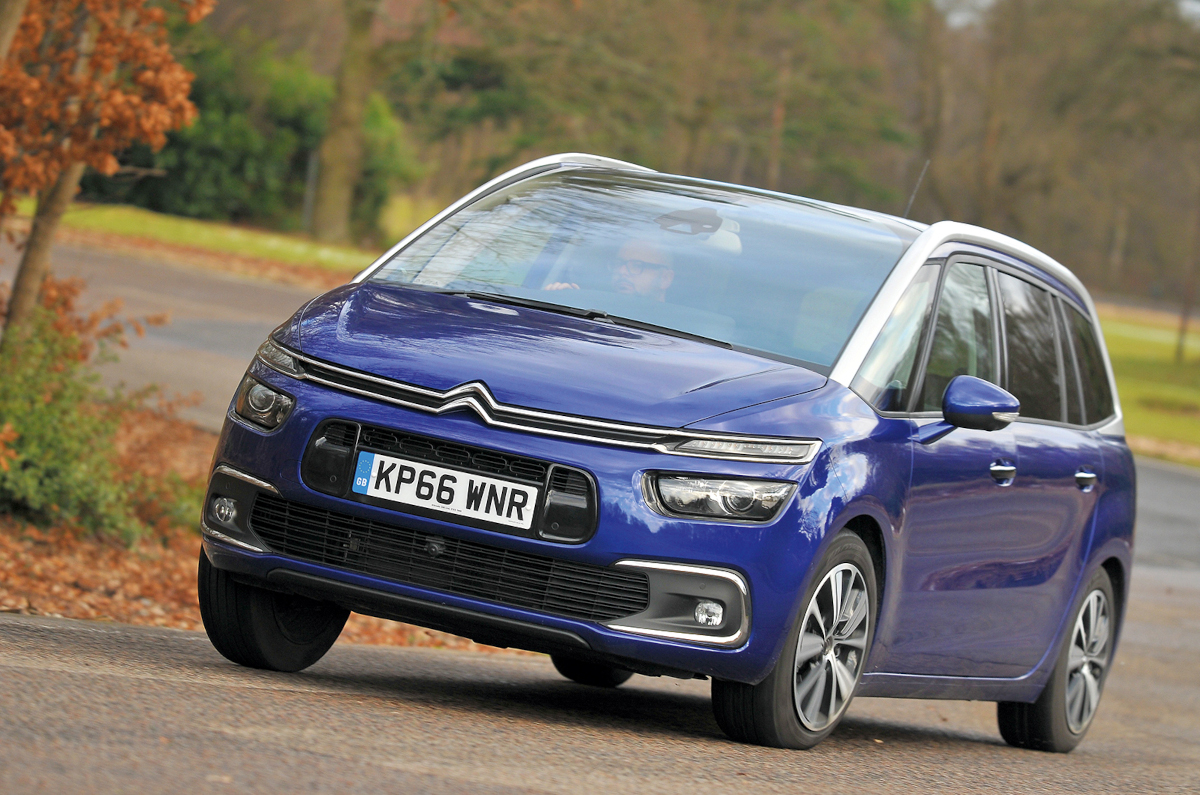 Price: from £5,500
As a large, seven-seat family car, the Grand C4 Picasso is undeniably impressive. It offers oodles of space, a pillow-soft ride and its 1.6-litre eHDi engine made it one of the first Peugeot-Citroen models to meet the ULEZ-friendly Euro 6 emissions standards. It’s not perfect, though: the dashboard looks like it’s come straight out of a spaceship but it’s not that intuitive, and the gear selector is a bit fiddly on automatic models. That said, if you want comfortable, good-value family transport that’ll seat seven with ease but won't take up two parking spaces, it’s a fine choice.
Read our expert review of the Citroen Grand C4 Picasso
Search for a used Citroen Grand C4 Picasso for sale on CarGurus 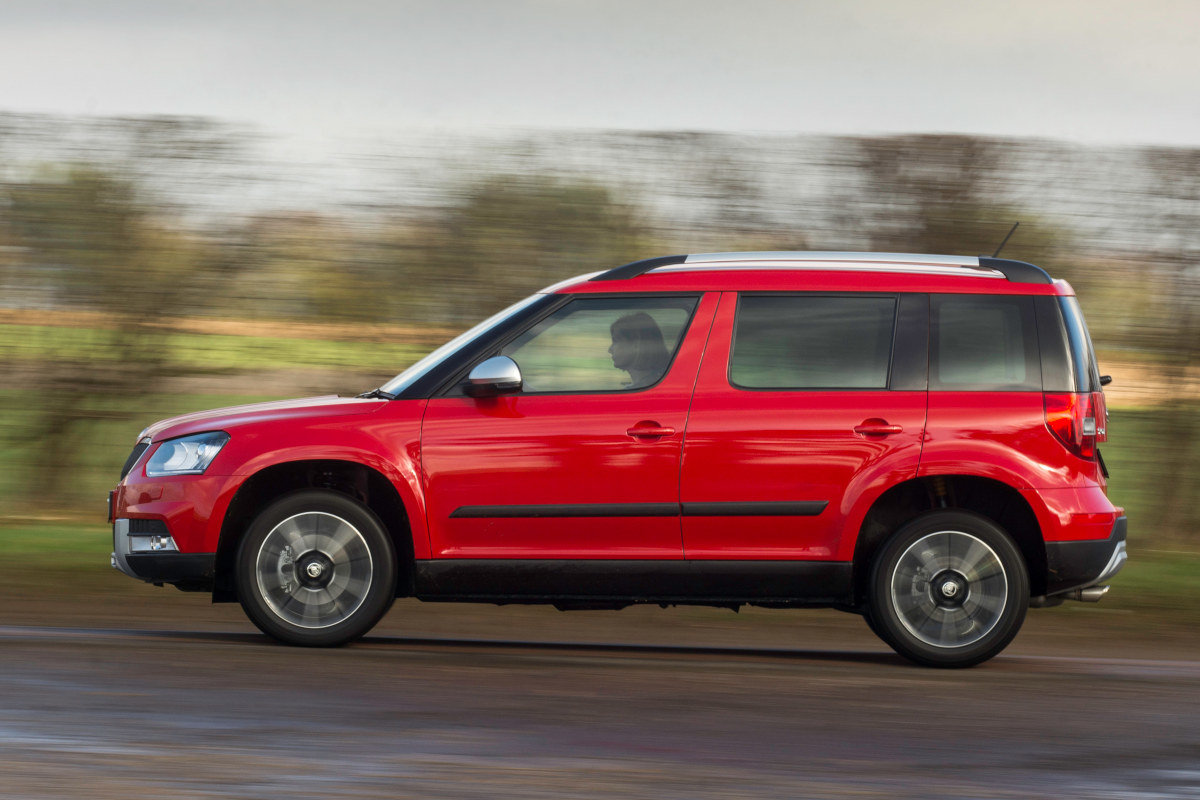 Price: £8,000 – £12,000
That’s right – it’s a tiny 1.2-litre engine in the moderately chunky Skoda Yeti. But don’t worry; this turbocharged motor is willing and punchy enough to make the boxy and cheerful-looking Yeti feel light on its feet in town traffic, and it’ll tackle a motorway happily, too. It’s actually quite good fun to drive. too. In fact, due to its small footprint, high body, great visibility, and versatile interior, we rate the Yeti as one of the best family cars of the last decade.
Read our expert review of the Skoda Yeti Search for a used Skoda Yeti for sale on CarGurus 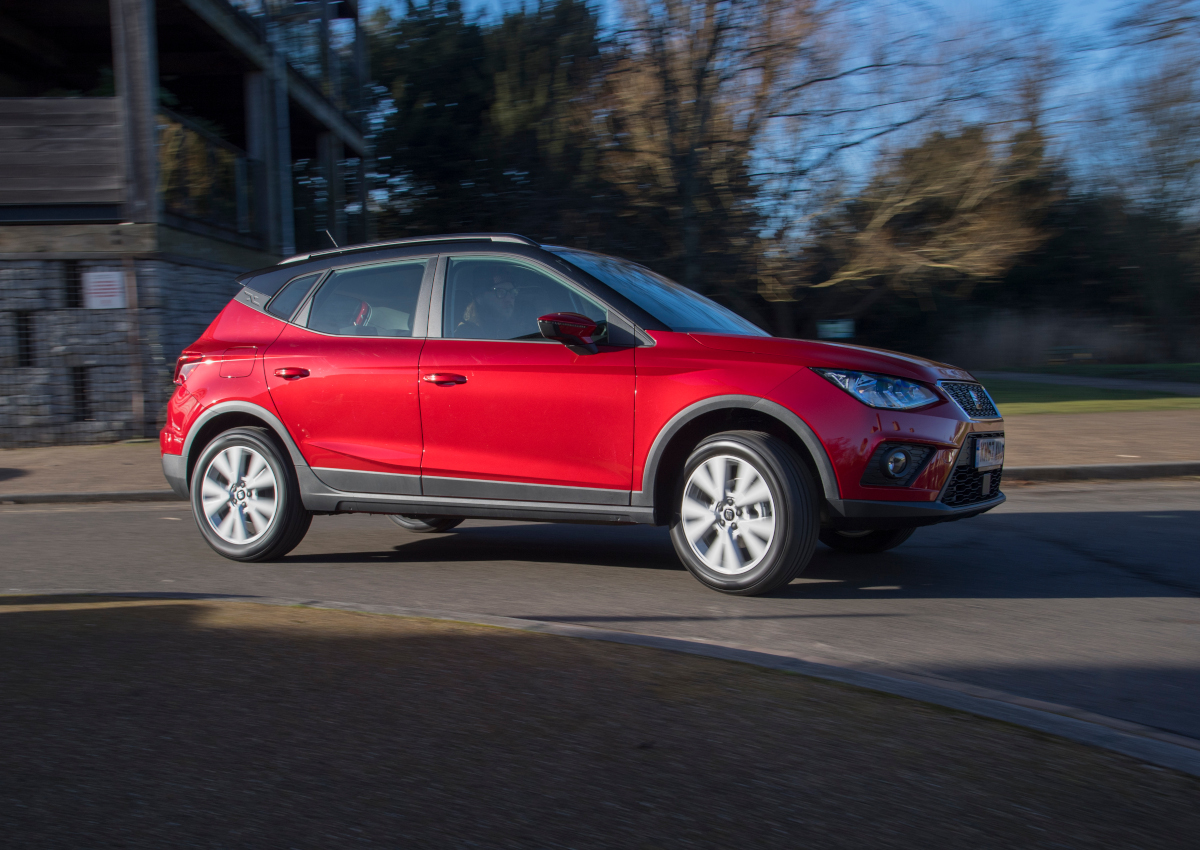 Price: from £11,000
Seat's Arona small SUV is based on the Ibiza supermini, so it doesn’t take up too much space on the road. There's plenty of room inside, though, along with a range of fizzy, fuel-efficient engines (especially the 1.0 TSI). It’s also fun to drive, which is not always the case when it comes to many of its competitors in the small crossover class. If you want a bit of an SUV vibe while zipping around the city without the physical – or carbon – footprint of a larger SUV, then the Arona should be high on your shortlist.
Read our expert review of the Seat Arona
Search for a used Seat Arona for sale on CarGurus 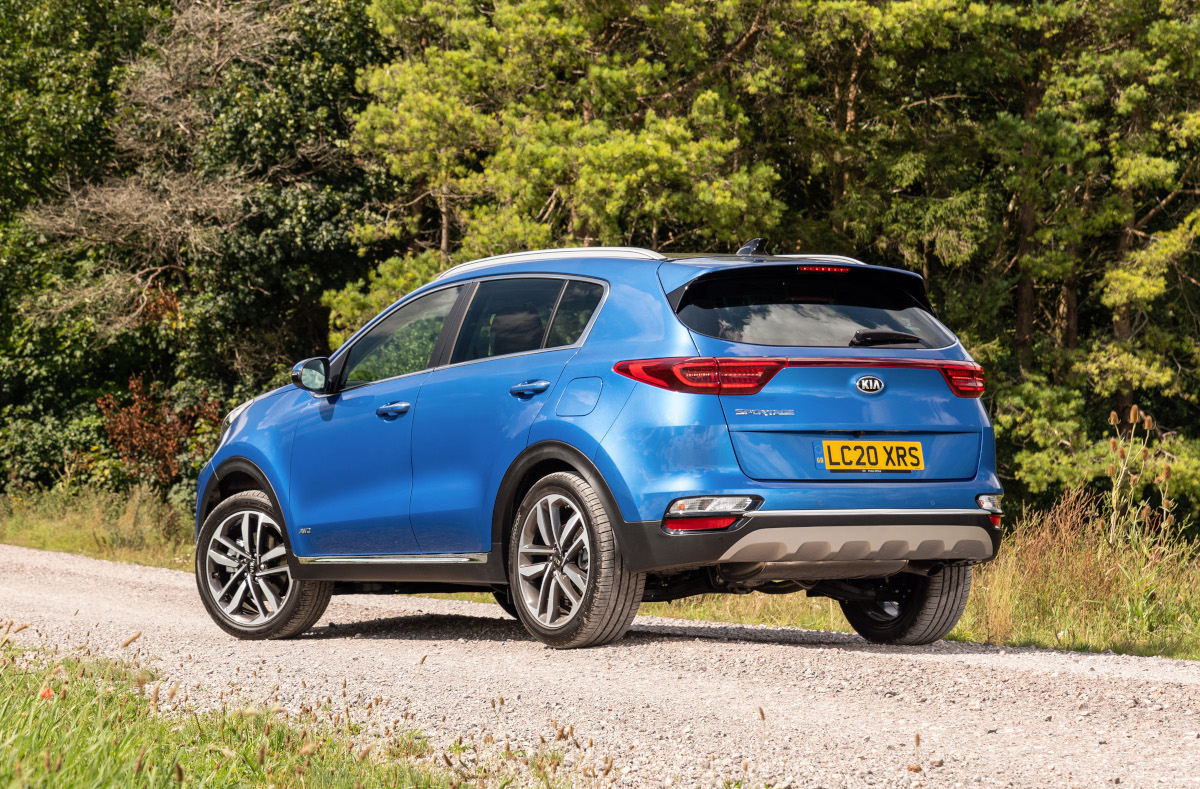 Price: from £11,000
You’re probably not going to impress the neighbours with the badge on the bonnet if you buy a Sportage. However, that’s far more their loss than yours, because this car – as with all modern Kias – is solidly built, well equipped and will provide you with robust yet comfortable family transport. There’s also the matter of a seven-year warranty, which is among the most generous around.
Read our epxert review of the Kia Sportage
Search for a used Kia Sportage for sale on CarGurus 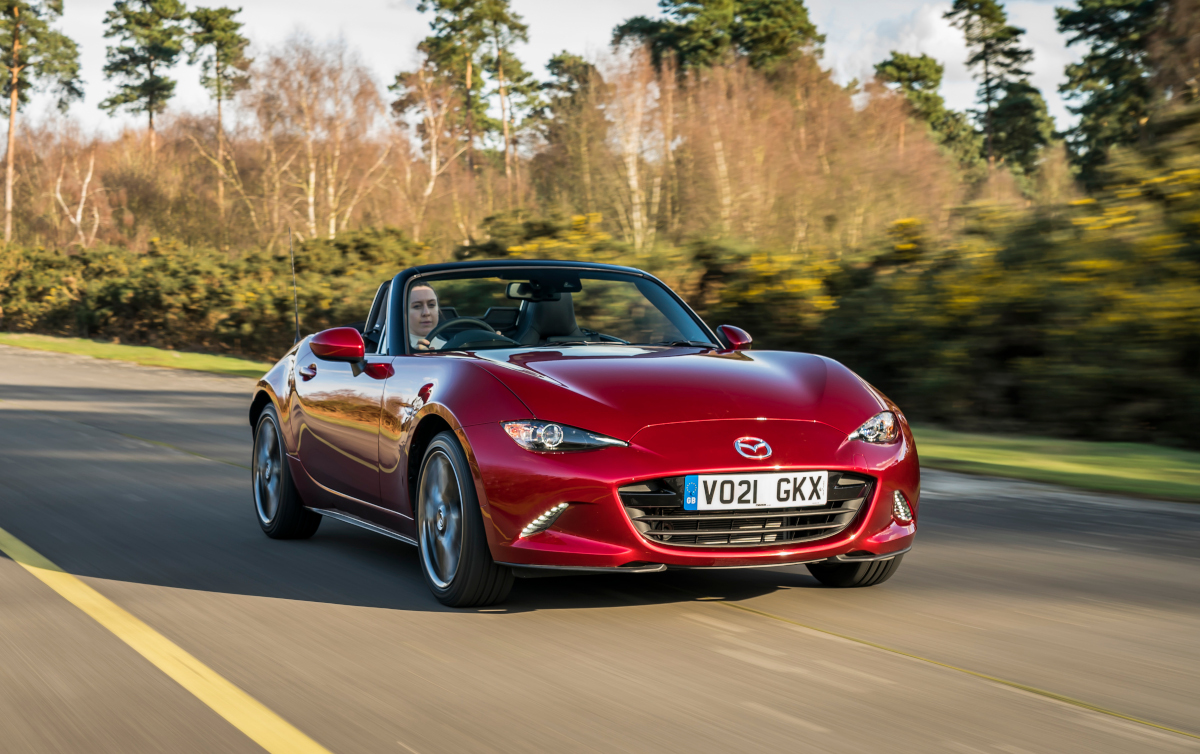 Piece: from £13,000
You perhaps wouldn’t think a two-seat sports car would make a good, ULEZ-friendly urban runaround, but then you'd be missing out on the charms of the diminutive Mazda MX-5. At this budget, you can easily bag a 1.5-litre, fourth-generation version of the iconic Japanese sports car, which tips the scales at barely more than 1,000kg, and can return a highly respectable 45mpg. If the opportunity arises to head out into the wilds of the British countryside, there are few more entertaining companions than an MX-5. Read our expert review of the Mazda MX-5 Mk4
Search for a used Mazda MX-5 Mk4 on CarGurus 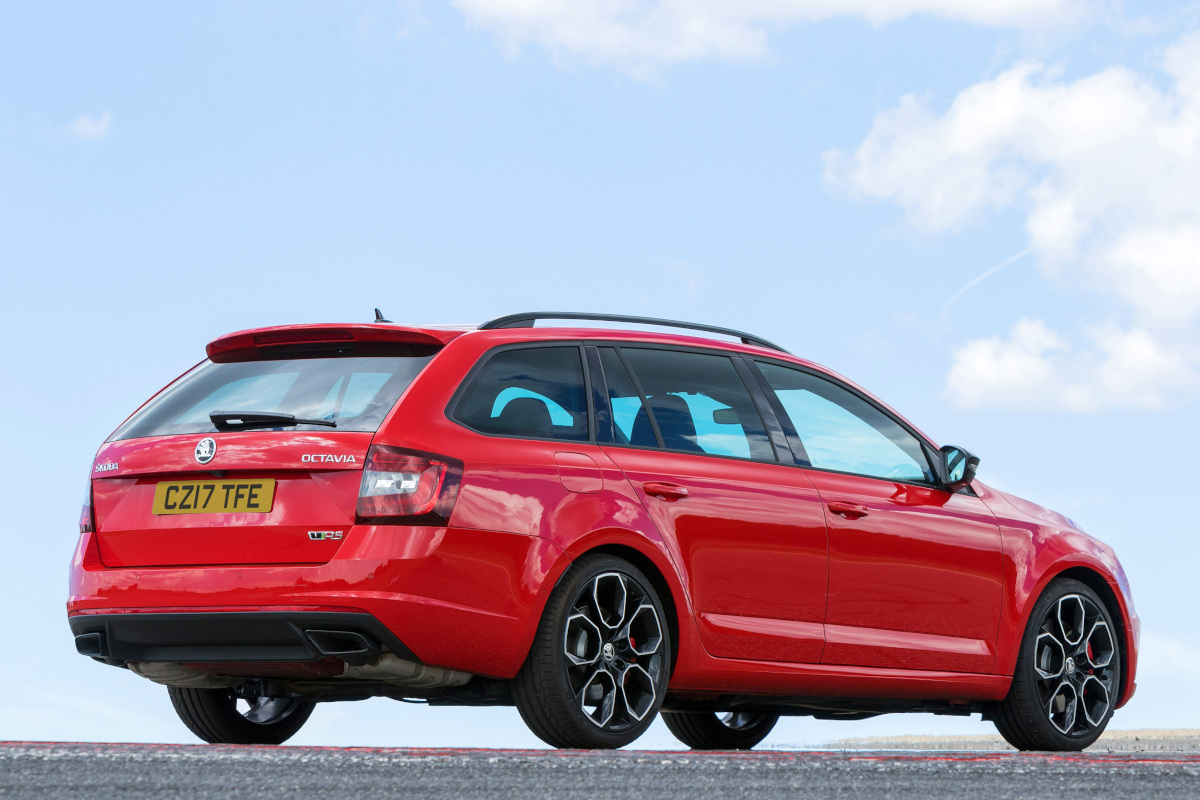 Price: from £13,000
The Skoda Octavia vRS mixes sensible family motoring with performance car fun in the most beguiling way, especially in spacious estate form. It comes with a punchy, fuel-efficient turbodiesel or a more powerful but peaky 2.0-litre turbo petrol, but either flavour makes for a cracking fast family car. You can find older and much cheaper examples of the Octavia vRS at lower price points, but it's worth bearing in mind that petrol examples are relatively rare, and the diesel models are only ULEZ-friendly from 2016 onwards.
Read our expert review of the Skoda Octavia
Search for a used Skoda Octavia for sale on CarGurus 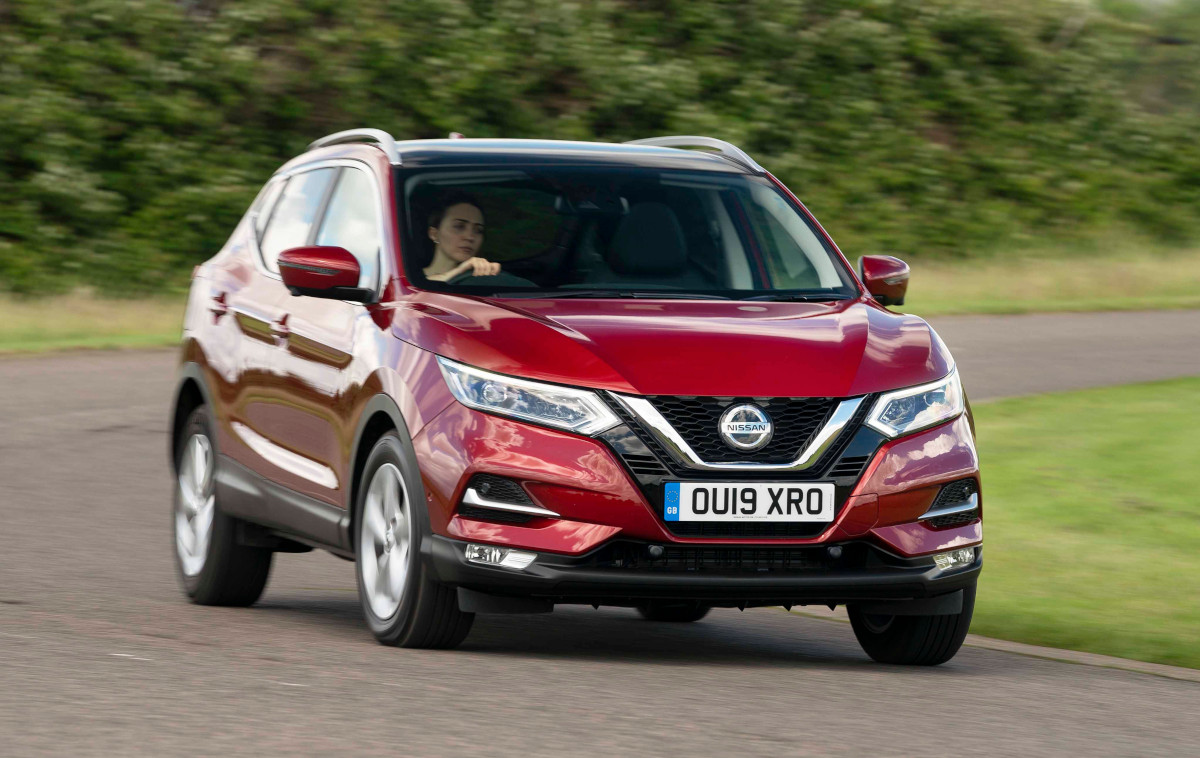 Price: from £14,000
The original Nissan Qashqai was a real game-changer for family motoring. It took the best elements of everyday family hatchbacks (fuel efficiency, compact dimensions, decent interior space) and combined them with a spot of off-roader glamour (a high driving position and good view of the road ahead, plus chunky styling). This is as true now as it was in 2007, and the Qashqai has remained massively popular. We’re looking at the smart and sleek second-generation models here, and only petrol engines if you’re thinking of a pre-2016 car. That’s no great drama, though, as the Qashqai’s turbocharged 1.2 petrol is revvy and lively enough. The more popular diesels are ULEZ-compliant if you go for a post-2016 model.
Read our expert review of the Nissan Qashqai Mk2
Search for a used Nissan Qashqai for sale on CarGurus 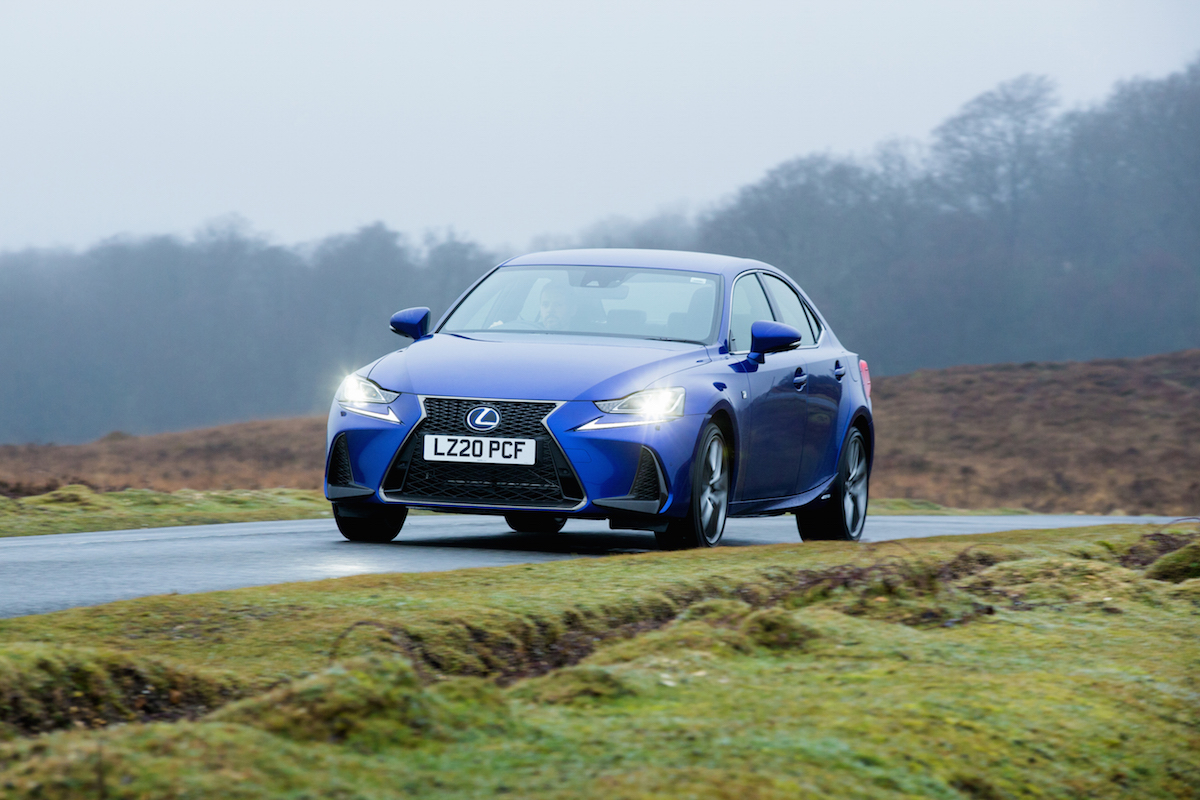 Price: £11,000 – £18,000
The Lexus IS300h was something of an also-ran behind more popular compact executive rivals such as the BMW 3 Series, Audi A3 and the Mercedes C-Class when it was launched, but as a used buy, it makes a huge amount of sense. It’s cheaper and typically better equipped than the aforementioned competition, has a stellar reputation for reliability, and we reckon it looks cool, too. The hybrid powertrain can be noisy if you accelerate hard, but the flip side is that it’s quieter than a diesel when it slips into pure electric mode around town. It’s an ideal cut-price executive urban commuter, and of course it’s ULEZ exempt and better for local air quality than equivalent diesels.
Read our expert review of the Lexus IS300h
Search for a used Lexus IS300h for sale on CarGurus 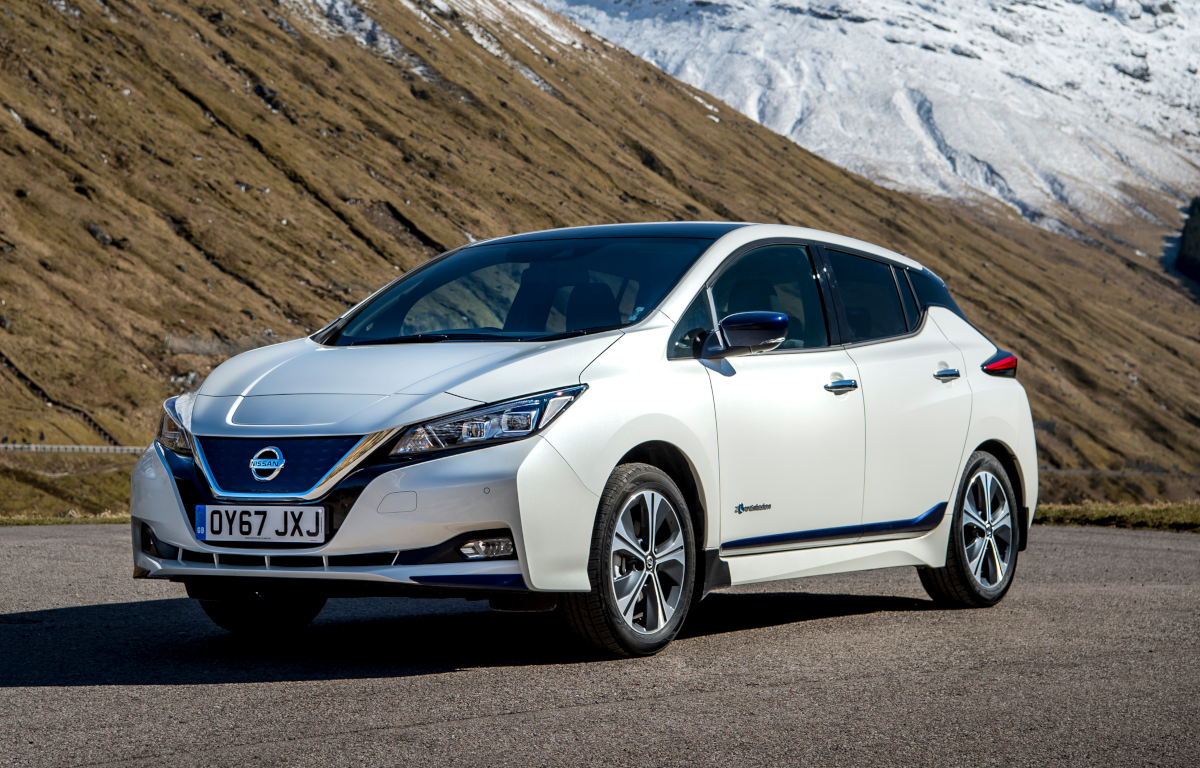 Price: from £16,000
With a range of 168 miles, a Nissan Leaf electric car is not the ideal tool for schleps from Land’s End to John O’Groats, but it’s perfect for darting around the city. This is partly because stop-start traffic helps to maximise the range of electric cars because they gather energy through regenerative braking, and partly because the Leaf’s clever one-pedal driving mode makes congested urban roads a doddle to negotiate. It's also a zero-emissions vehicle, so you can rest easy knowing you're doing your bit to combat air pollution.
Read our expert review of the Nissan Leaf Mk2
Search for a used Nissan Leaf Mk2 on CarGurus 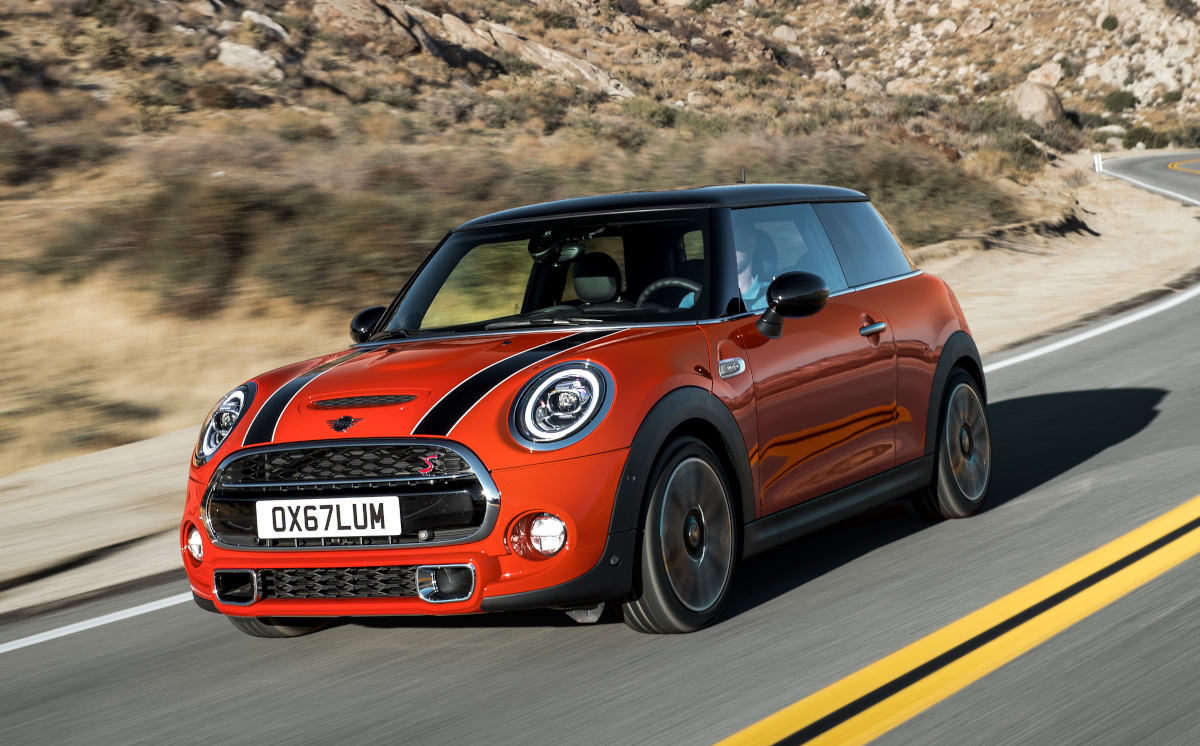 Price: from £11,000
With 189bhp available from its 2.0-litre turbocharged petrol engine, the MINI Cooper S is no longer in the premier league of hot hatches – that’s the preserve of 300bhp-plus cars such as the Honda Civic Type R or the Volkswagen Golf R. However, if it’s a sense of fun you’re after, the cheeky MINI easily outpunches much faster and more expensive rivals. It’s also smaller than most other hot hatchbacks, which means it’s ideal for slipping through tight gaps in city traffic.
Read our expert review of the MINI Cooper
Search for a used Mini Cooper for sale on CarGurus 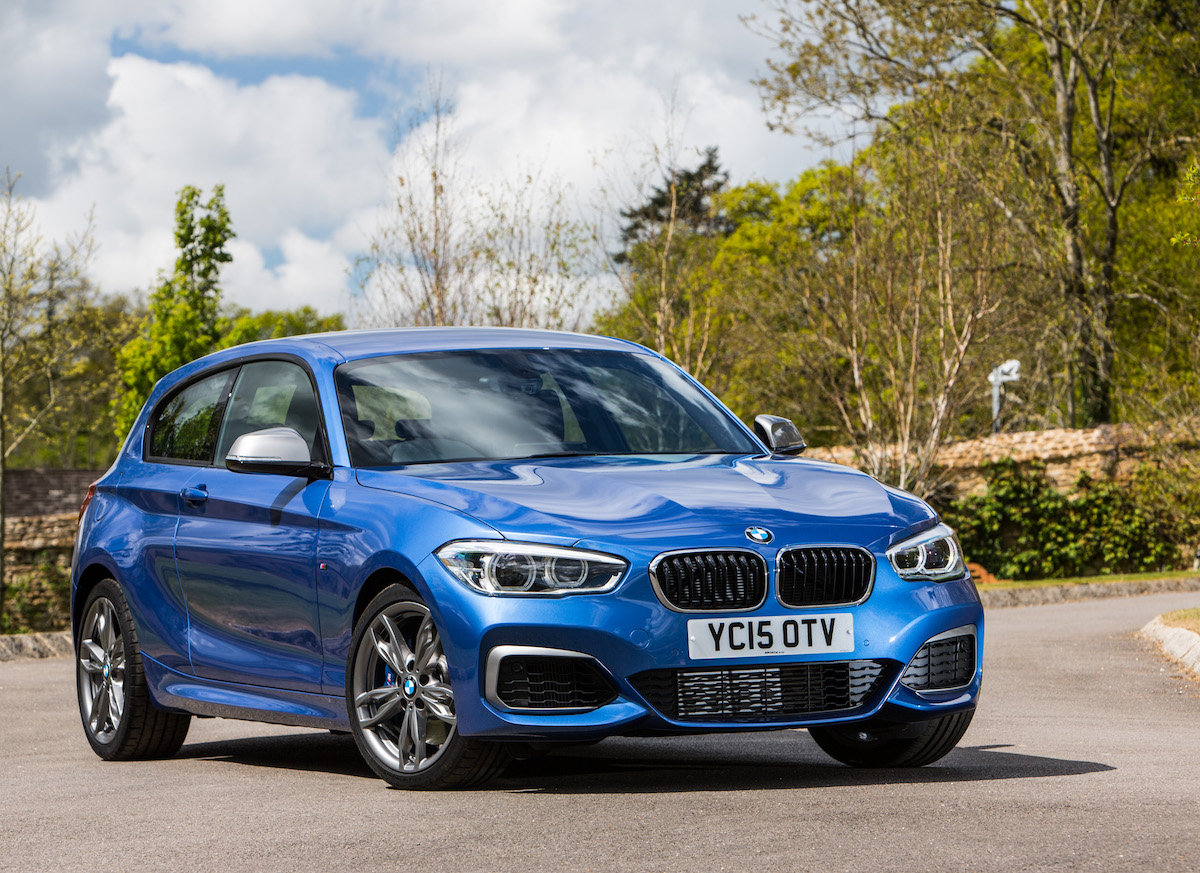 Price: £14,000 – £18,000
The BMW M135i does it all. Being a modern petrol car, it's free from ULEZ charges, but its main appeal lies in its smooth turbocharged 3.0-litre six-cylinder engine that delivers rampant sports car pace, while its sweet rear-wheel-drive set-up is bags of fun. It’ll do 35mpg quite easily and it's available with a slick eight-speed automatic gearbox that makes town driving a doddle. It’ll even accommodate kids and a dog. It’s worth trying to find one with the optional adaptive dampers if you want the smoothest ride, and make sure the engine has been regularly serviced, as it's not without its foibles. Find a well maintained example and this is a true delight, whether you’re a purist after a proper track-to-city all-in-one solution, or if you'd just like a faster car with a premium finish and room for the family.
Read our expert review of the BMW 1 Series
Search for a used BMW 1 Series for sale on CarGurus 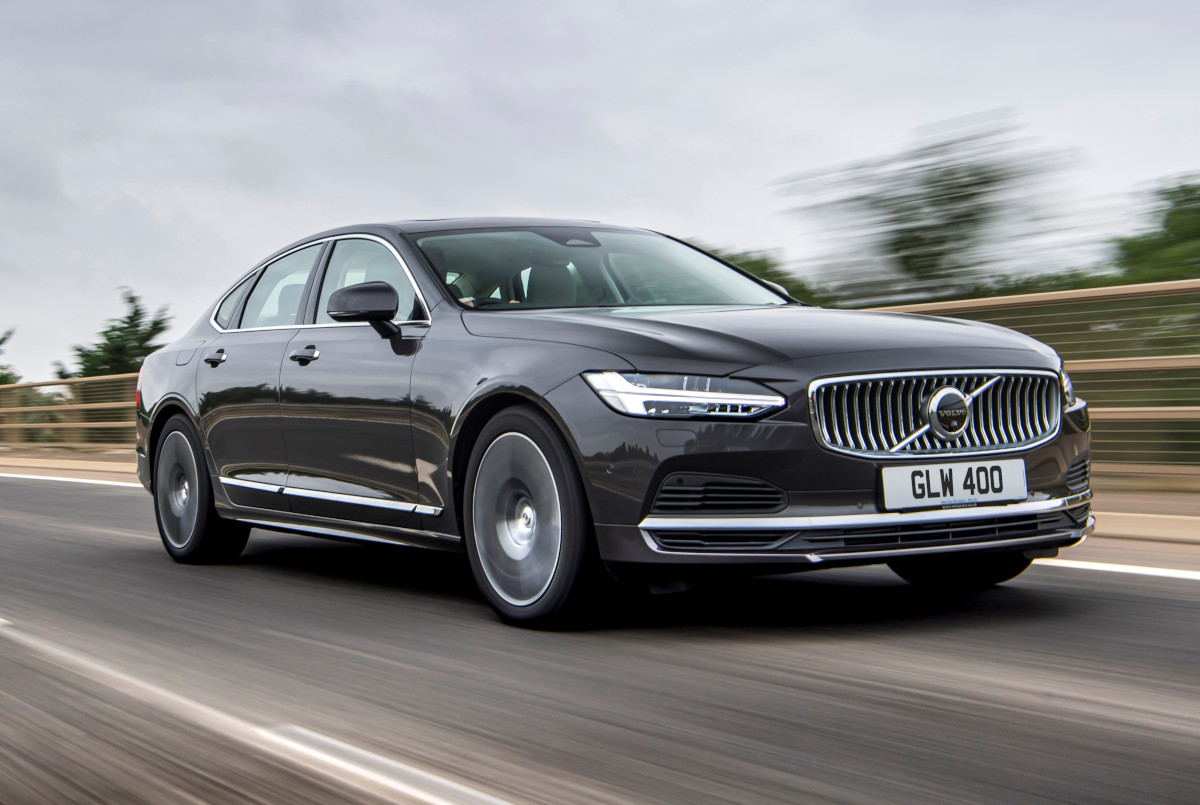 Price: from £17,000
Sure, it’s not your normal large luxury car, but by going a little left-field and stepping away from the BMW, Audi and Mercedes premium-brand norm into a Volvo S90, you’ll be treated to a luxury car experience with an elegant Scandinavian twist. The S90's interior is more conservative than those of the Mercedes E-Class or the BMW 5 Series. Yet there are still classy-looking slices of wood and metal trim, as well as deeply comfortable leather seats. Many models feature excellent sound systems and, being a Volvo, it’s brimming with clever safety equipment.
Read our expert review of the Volvo S90
Search for a used Volvo S90 on CarGurus

by Matt Rigby
The content above is for informational purposes only and should be independently verified. Please see our Terms of Use for more details.