The British public has spoken on what it wants from the perfect used family car, and the third-generation Audi A3 Sportback has been identified as the model that suits families best.

In a CarGurus survey of 2,000 mums and dads with children under 16, respondents were asked which traits are most important to them in a family car. 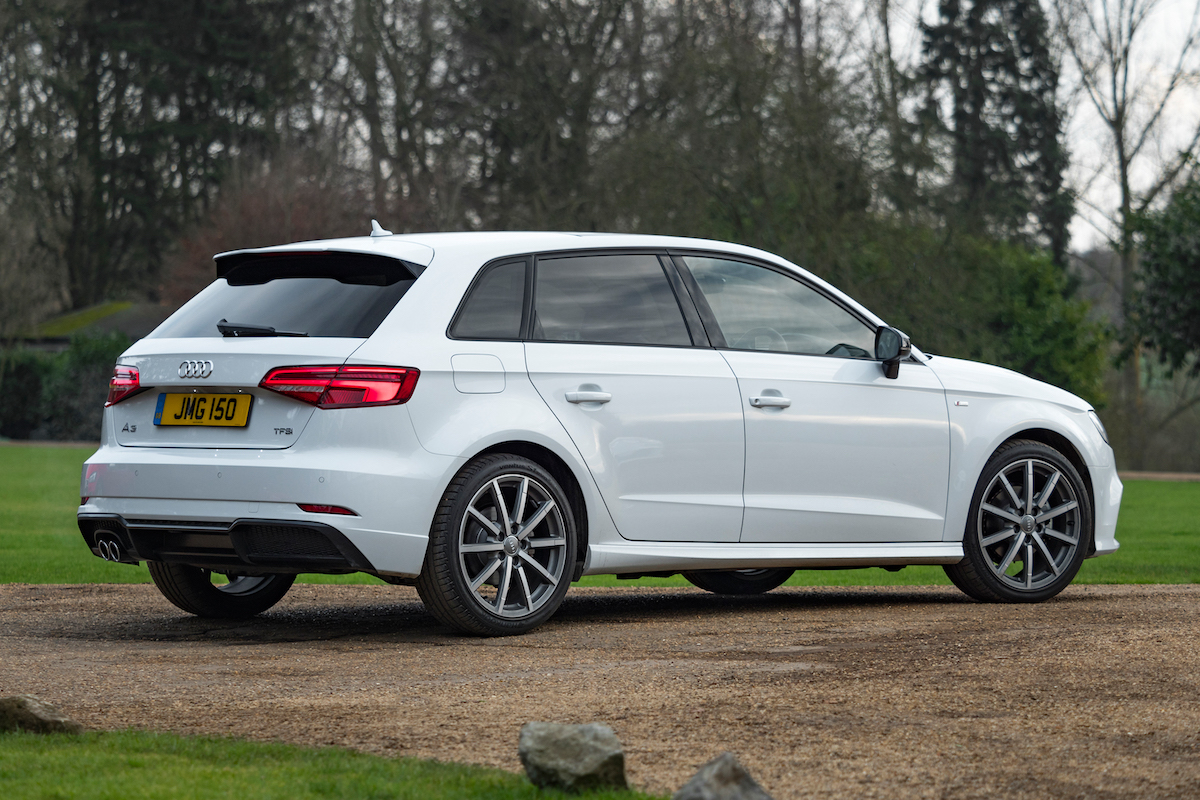 Hatchbacks were identified as the most desirable body style, narrowly beating the SUV, while petrol power was voted overwhelmingly as the favoured fuel type, beating hybrid power into second. Practicality, low running costs and reliability were identified as key attributes, as was good fuel efficiency, with those surveyed wanting an average fuel return of at least 50mpg from their next car. The sample stated that their average budget for that car would be around £15,500, and respondents also identified the brand of car they’d most like to own next. Audi came out on top in that vote, with Fiat, BMW, Volkswagen, Honda, Toyota, Mercedes, Hyundai, Kia and Nissan rounding out the top ten.

Using the data gathered on buyers’ requirements, the experts at CarGurus UK identified the Audi A3 Sportback as the model that best suits their needs, specifically the 2017 1.0 TFSI model. It has that desirable four-ringed badge, a hatchback body style, a punchy petrol engine with the desired real-world economy, and it falls into the specified budget for a reasonably aged example.

And knowing that not everyone wants the same car, the CarGurus experts have also shortlisted a range of other models that meet the criteria laid out in the survey, and that also provide a good balance of other abilities, providing buyers with a top ten of models they might like to consider. These are…

What Makes the Audi A3 a Great Family Car?

The public has pretty good taste it would seem, because the A3 Sportback is indeed an excellent family car. But what makes it so good? Well, a number of things.

Firstly, there’s the space you get. Now obviously, the A3 isn’t the biggest car in the world, which is a plus for many as it means the car isn’t too cumbersome to manoeuvre around car parks, but despite the small footprint, the A3 makes the most of the limited space it does have. The rear seats are roomy enough for two tall adults, and a third will squeeze in at a push, and if your passengers are much less advanced in years, then a pair bulky child seats will fit easily, and both are able to tether to Isofix mounting points. And, should the unthinkable happen, there are seven airbags dotted around to help keep everyone safe, which helped toward the car’s five-star Euro NCAP safety rating.

It’s a similar story in the boot. Again, it’s unreasonable to expect cavernous space given the car’s compact dimensions, but the space is very competitive with most other cars in the class, and it’ll easily take a pushchair, a few changing bags and a couple of scooters. There’s also a variable-height boot floor that flattens out the load lip and the step in the floor when the rear seats are folded down, which they do in a 60/40 split. 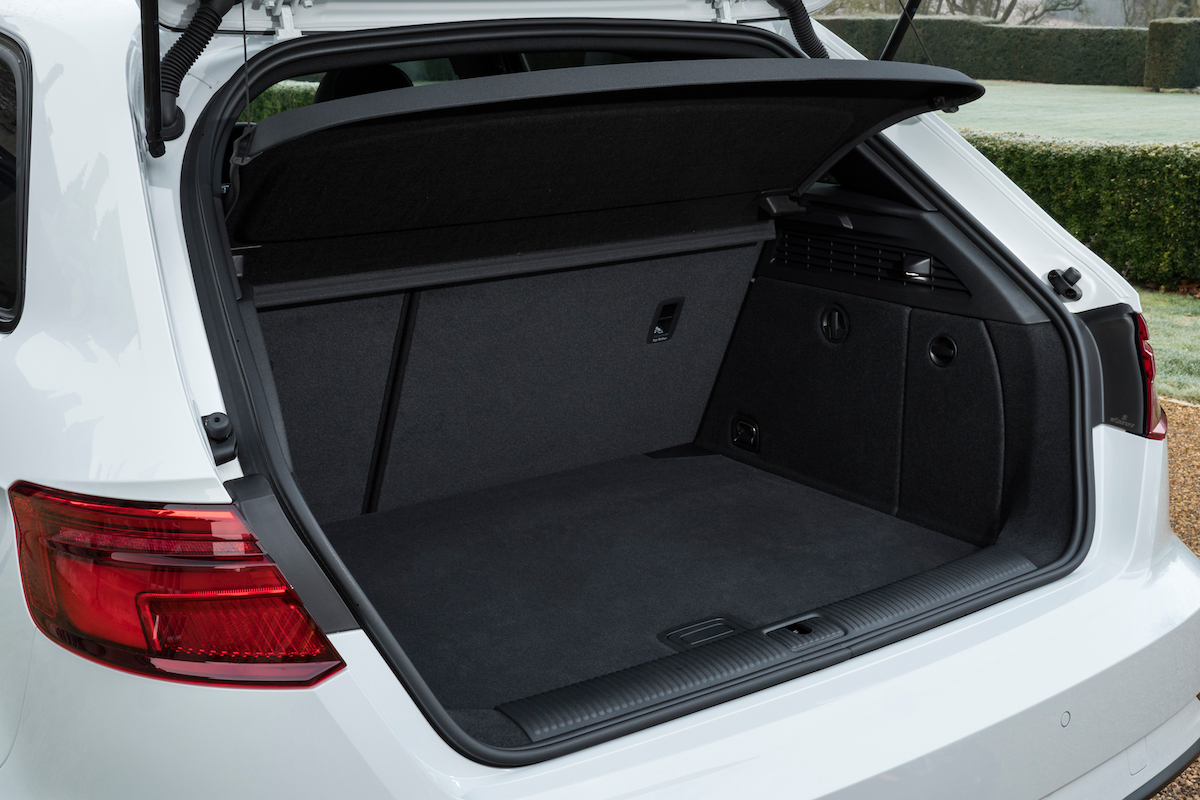 Space aside, though, the key thing with any family car is that it gives you an easy life. After all, family life can be stressful, so you don’t want your car adding to your woes with poor design or difficult-to-use features. And thankfully, the A3 does plenty to smooth over your day.

The infotainment system is a prime example. This generation of A3 pre-dates the car industry’s obsession with touchscreen technology, so instead you operate the A3’s functions by scrolling through simple, logically arranged on-screen menus with a slickly operating central dial controller and a handful of shortcut buttons. Not only is it easy to use and far less distracting than a touchscreen, but it also looks fabulous, with sharp graphics and quick responses. You also have a separate bank of physical controls to operate the ventilation system, meaning you can make adjustments without delving into menus within the infotainment system, like you have to on so many newer cars.

The A3 delivers a cracking driver environment in other ways, too. The driving position is spot-on and has loads of adjustment, your instruments are clear and you get unhindered visibility in all directions. Again, that’s all stuff that makes your life that little bit easier. The super-impressive quality of the cabin is also another big plus point. Not only is everything built solidly enough to easily withstand the rigours of family life, but it also looks and feels posh enough to make you feel a little bit special. 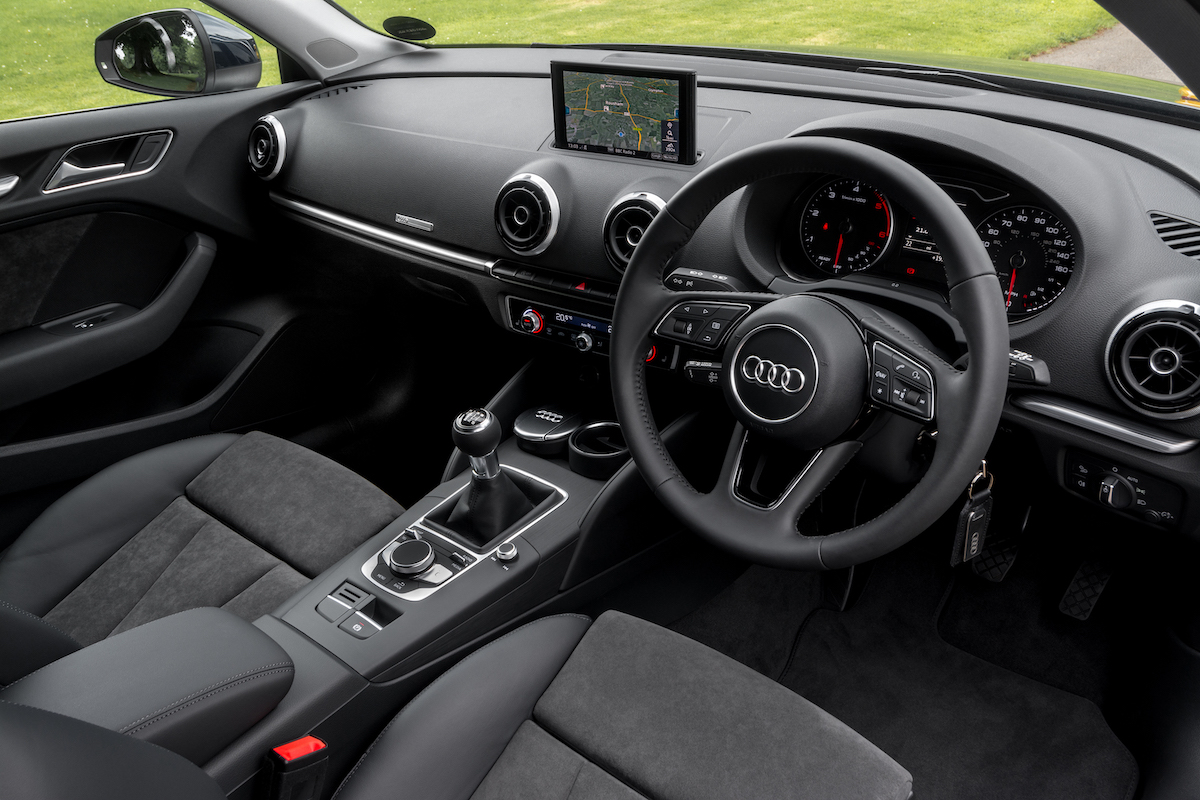 But it’s the driving experience that really marks the Audi out among its rivals, because again, it’s something a bit special. The tight body control, strong grip, slick-feeling controls and fast, predictable responses make this a really enjoyable car to drive, and provided you choose the right version (more on that in a little while), it’s also supremely comfortable, which is arguably the most important dynamic attribute in any family car. Impressive refinement also helps keep life tranquil, while the range of punchy engines ensures your progress is easy and unlaboured.

Which Used Audi A3 Should I Buy?

There are a few important things you need to know when choosing your third-generation Audi A3 to ensure you’re getting the best family car possible.

The first choice you need to make is what engine to go for. In truth, there isn’t a bad option, with all of them providing a very decent balance of performance and economy, but we reckon it’s the 1.0 TFSI, with its smooth and flexible turbocharged petrol engine, that’ll suit most buyers best. If you’re looking at an older A3 that was built before this engine became available in 2016, look at the 1.4 turbo petrol, which had very similar attributes. 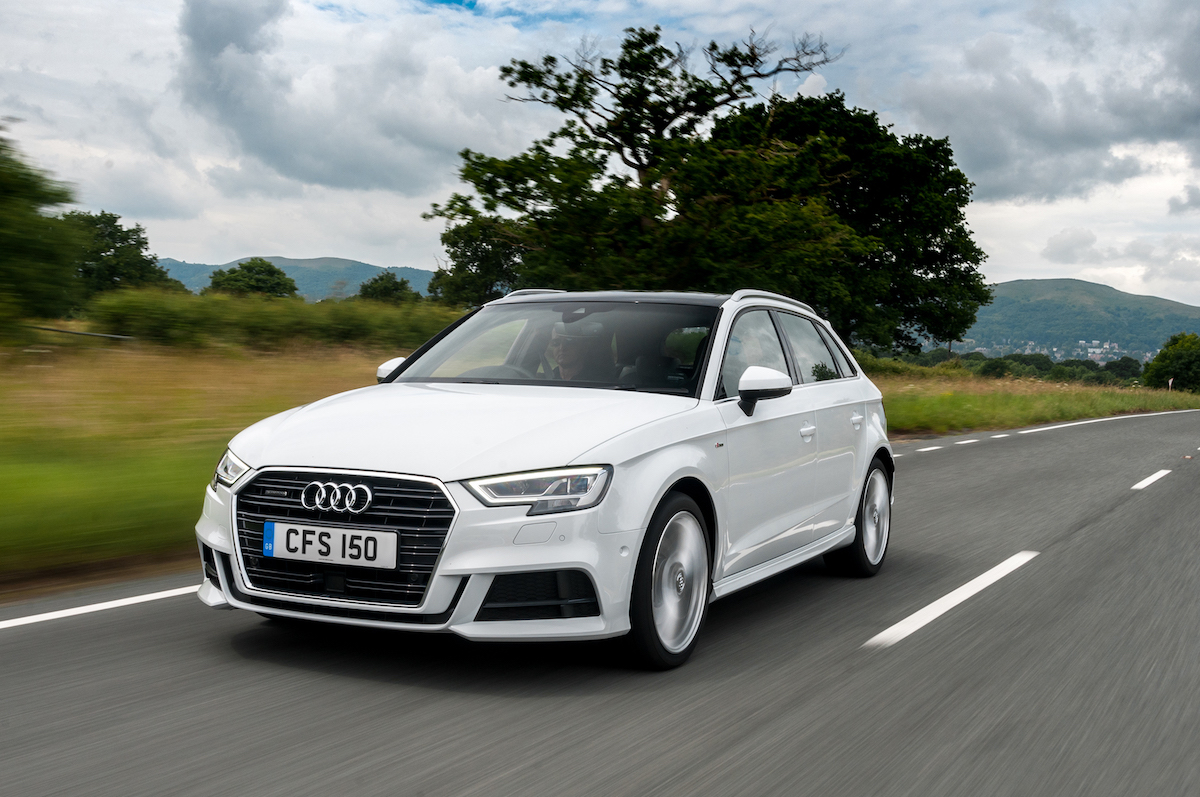 The next choice you’ll need to make is on your gearbox, because many versions were available in both manual and automatic forms. Again, there isn’t a bad option between them, but we reckon most people will be better off saving a few quid and sticking with the slick-shifting manual gearbox. Many versions were also available with either front-wheel drive or four-wheel drive. Both have their merits, but unless you regularly drive in tricky conditions, we’d stick with the front-wheel drive car as it’s more enjoyable to drive and more affordable to buy and run.

Choose one of the lower trim levels – SE, SE Technik or Sport – and you get a standard suspension that provides the super-impressive ride and handling balance that we talked about earlier. As a result, these are the cars you want.

Buy one of the higher-spec cars – S line or Black Edition – and you get a sports suspension that’s lower and firmer, and this harms the ride comfort, which might not suit family life. Also, if you’re considering an older pre-facelift A3 from 2016 or before, Sport-trimmed cars got the firmer setup as well, so you’ll want to avoid these, too. 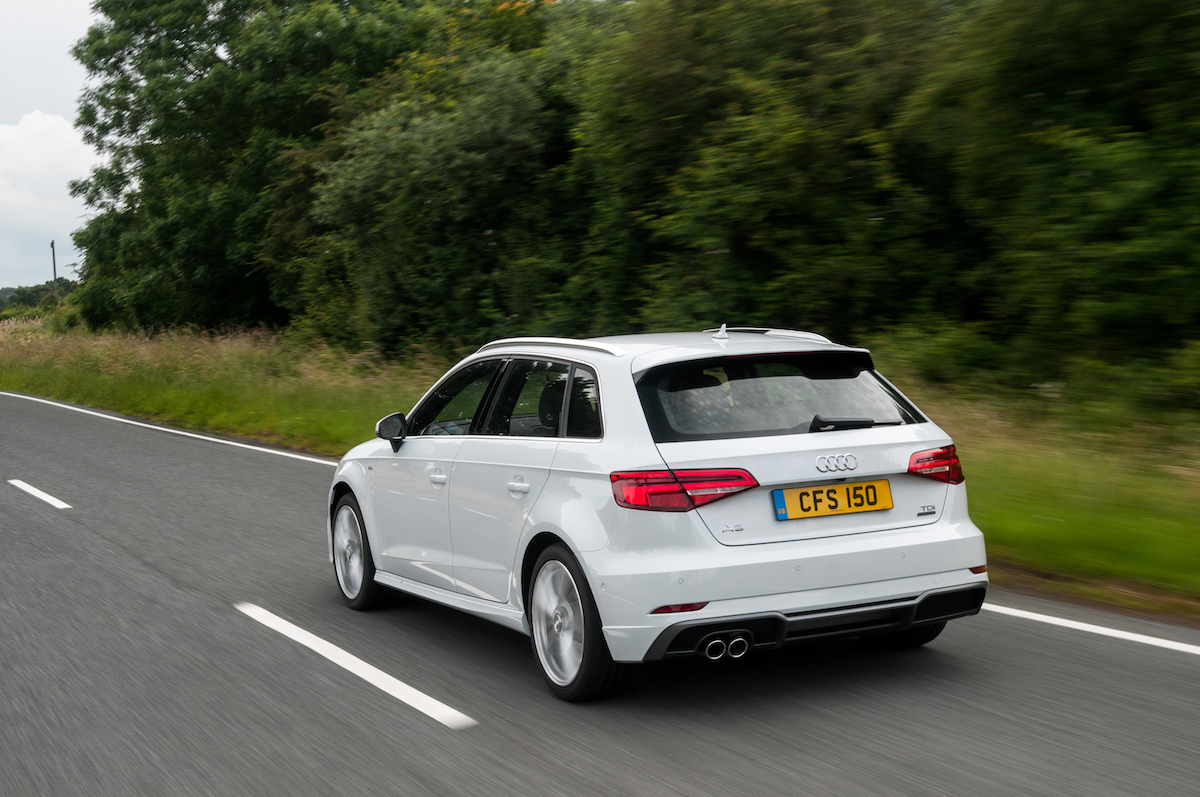 However, it’s still not that simple. You see, S line and Black Edition buyers were given the choice to delete the sports suspension as a no-cost option, reverting to the standard – and softer – suspension setup, and it’s an option that quite a few original buyers took up. So, if you fancy the more purposeful looks and more generous equipment of the higher-spec cars, then perhaps don’t dismiss them out of hand. Try and find some evidence of this option being applied, although this can be difficult, especially if the car has gone through several owners. If in doubt, stick with a lower-trimmed car, or at the very least, make sure your test drive is extensive and takes in some bumpy roads to make sure you can live with the ride quality of the car you’re considering.

It should be easier to find evidence of any potential purchase being fitted with the optional adaptive suspension. In fact, you can check yourself. Simply press the Drive Select button on the dashboard, which pretty much all A3s have, select the ‘Individual’ mode, and you’ll be able to choose between various settings for things like the steering and engine. However, if you also have the option to switch settings on the suspension, then your car has the adaptive setup. The important thing to note is that if your car has this optional suspension, then regardless of trim level, it’ll be every bit as comfortable as the basic car.

One more thing to note regarding the suspension. Original S line buyers were also given the option to specify an even lower, even firmer suspension that made the ride even worse than with regular S line suspension. If you find evidence of this being fitted to any car you’re considering, note that it's an acquired taste.

Now that you know you want an A3 Sportback, and you know which version of the A3 Sportback you want, you now need to find one that’s in good nick. And that means you need to know the kind of things that can potentially go wrong with the car, and how to spot them. 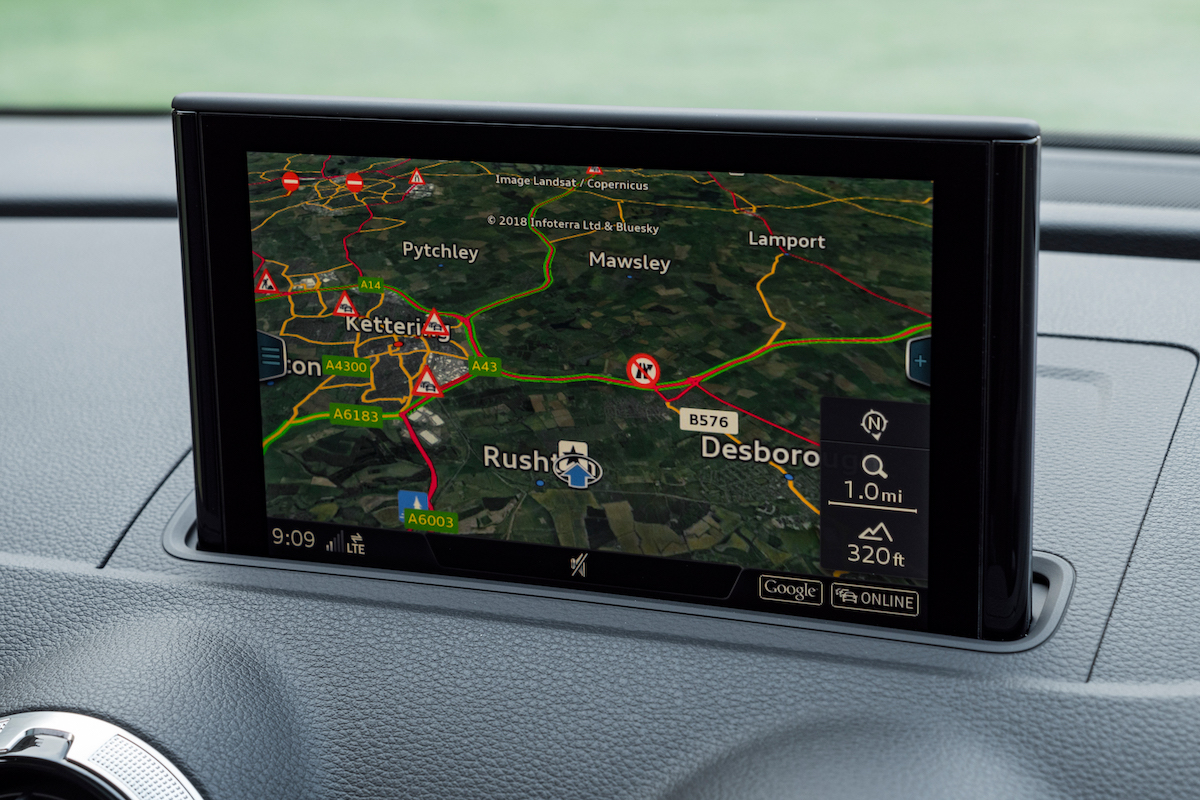 Fire up the ignition, and you’ll notice that the infotainment display rises out electrically from the top of the dashboard. It’s all very theatrical and appealing, but do make sure the action happens smoothly with no creaks or jerks.

Third-generation A3s have also been known to suffer with leaking water pumps, which can cause the car to lose coolant, and like with any used car, you’ll want to check that the air-con blows cold, that the clutch feels strong and that the bodywork, wheels and tyres are in good condition.

Other potential issues to consider are that some examples of the 1.4 petrol engine can rattle under acceleration due to a rod on the wastegate vibrating, and diesels will need to be given regular long runs to avoid blocked particulate filters. 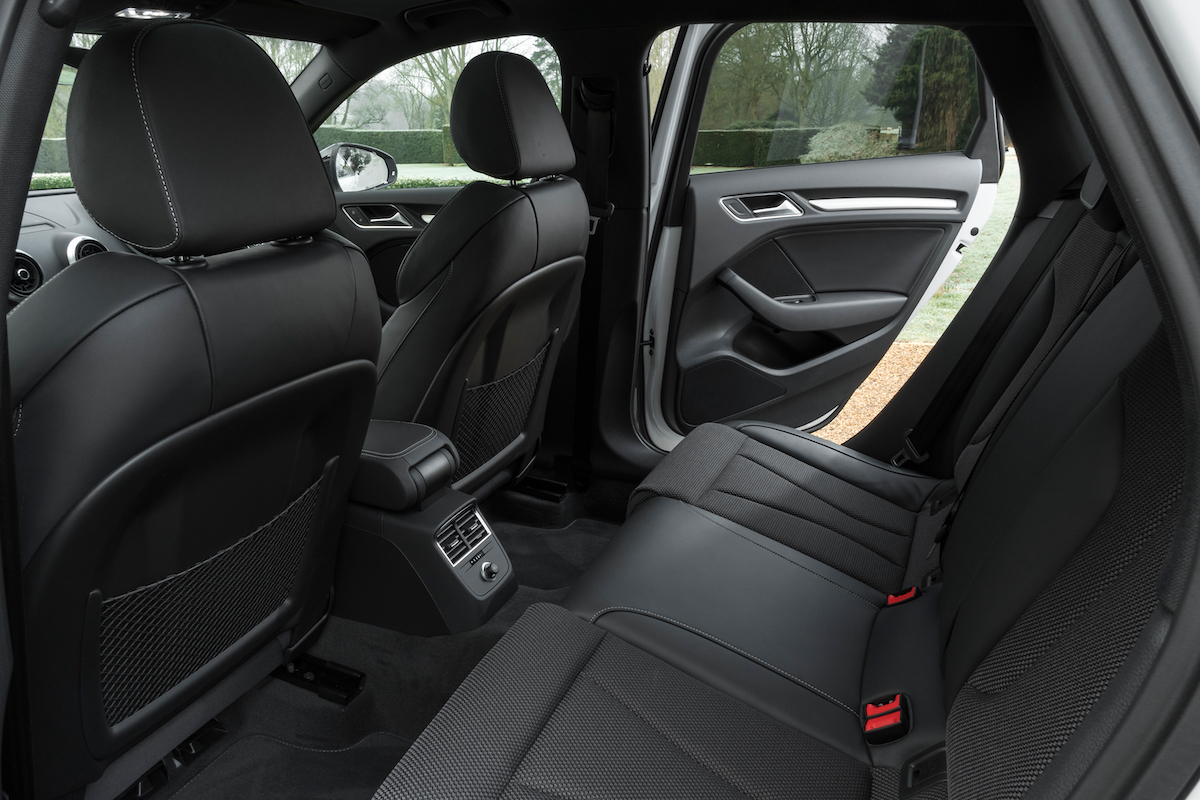 Servicing schedules depend on how the car is used, but can run up to two years and 19,000 miles. With diesels, you’ll also need to factor in a new timing belt every five years or 75,000 miles at a cost of about £500. Speaking of diesels, the Mk3 A3 is one of the cars caught up in the VW emissions scandal, so it’s worth checking the registration number of any potential purchase on Audi’s website to see if any work has been done.

Whatever flavour of A3 takes your fancy, you’ll find plenty of examples for sale right here on CarGurus, so why not get searching?

by Ivan Aistrop
The content above is for informational purposes only and should be independently verified. Please see our Terms of Use for more details.